Have you ever wondered who those appointees in the Hawaiian shirts were?  They always get alot of attention from the Cadre on I-Day. 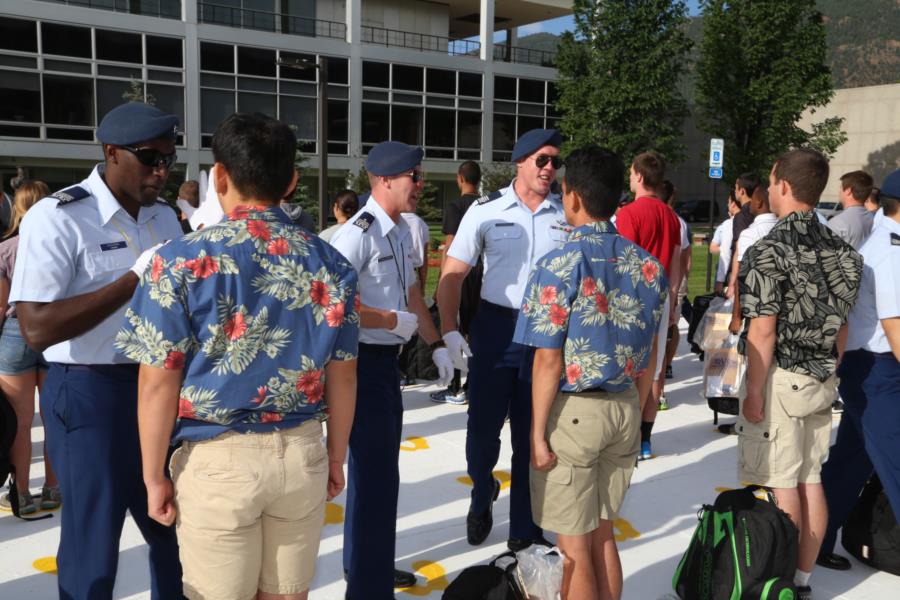 They are Falcon Scholars.  In the case of the Hawaiian shirts, they are graduates of the most popular of the six Falcon Prep Schools,  Northwestern Preparatory School in San Bernardino, California.  The other five schools include:

The Falcon Foundation is a 501(c)(3), non-profit foundation. Its purpose is to provide a limited number of highly-motivated young people the opportunity to sharpen their skills for admission to USAFA by providing scholarships at a College or Preparatory School especially selected for this purpose.

Although it is a separate organization, the Falcon Foundation works closely with USAFA. Information concerning the Foundation and its scholarship program appears in the USAFA Catalog and can be viewed at: www.falconfoundation.org.

The Falcon Foundation Dinner is always a classy event and this year was no exception.   Because it is always held during CORONA Week, the guests included most of the senior leaders of the Air Force, past and present.   I have to admit I was a bit star struck.   For those who don't know about CORONA, CORONA conferences are held three times a year and allow the Secretary of the Air Force, the Chief of Staff, and senior Air Force civilians and military leadership to come together for frank, open discussions that will lead the Air Force into tomorrow.  The fall conference has been held at USAFA for many years.

This year's dinner included the presentation to the winnner of the USAF Alison Award sponsored by the Falcon Foundation.  If you are ever in Arnold Hall, be sure to stop and see the award plaque located in the hallway above the ballroom.  Here is a link to information about Major Gen (ret) John R. Alison the awards namesake.  The award is  given annually to an officer of the United States Air force, in recognition of demonstrated outstanding character and innovation in a single act or a series of related events during a single year.  Such character must meet the standards of the USAF core values.

This year's Award recipient is Major Samuel Sterlin, USAF.  As Air Force Section Chief, Office of Security Cooperation, US Embassy, Honduras, Major Sterlin demonstrated uncommon innovation and character to significantly increase the light utility aircraft capacity of a crucial ally to the United States.   His efforts led to the addition of a medical evacuation capability for the first time.  The distinctive accomplishments of Major Sterlin reflect credit upon himself and the United States Air Force.  Major Sterlin is pictured below along with his parents and Falcon Foundation President Lt Gen (ret) & Mrs. Jay Kelley 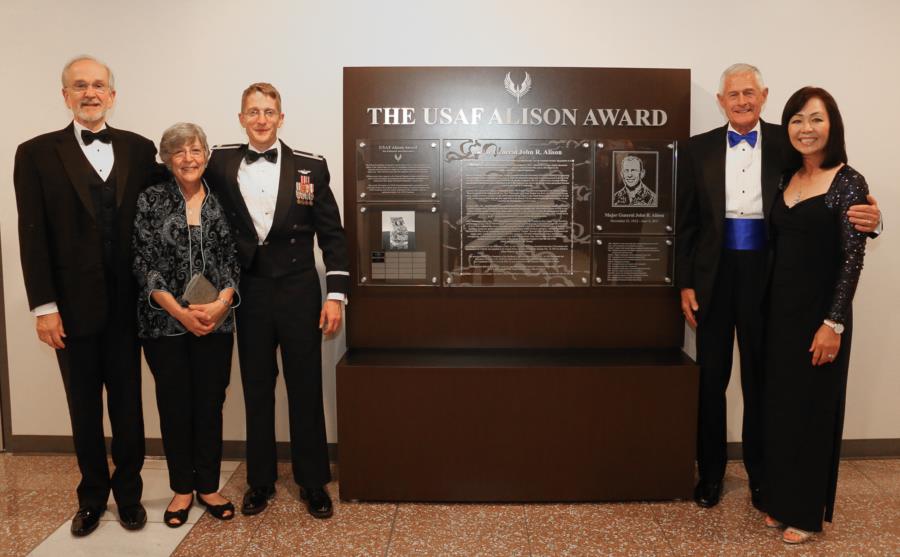 The evening's entertainment was provided by the USAFA Cadet Chorale.  Commandant of Cadets, Brigadier General Steve Williams was even persuaded to conduct the Chorale for one song. 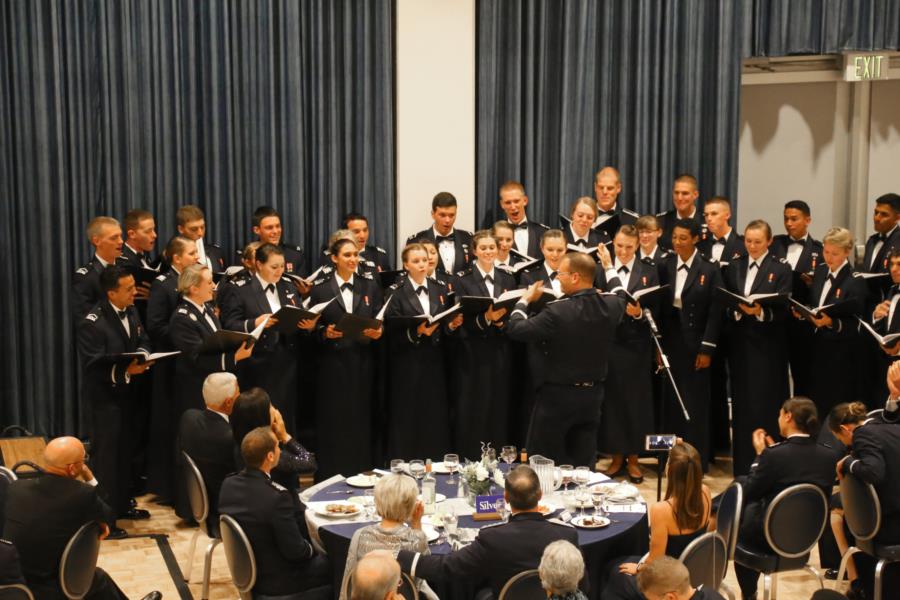 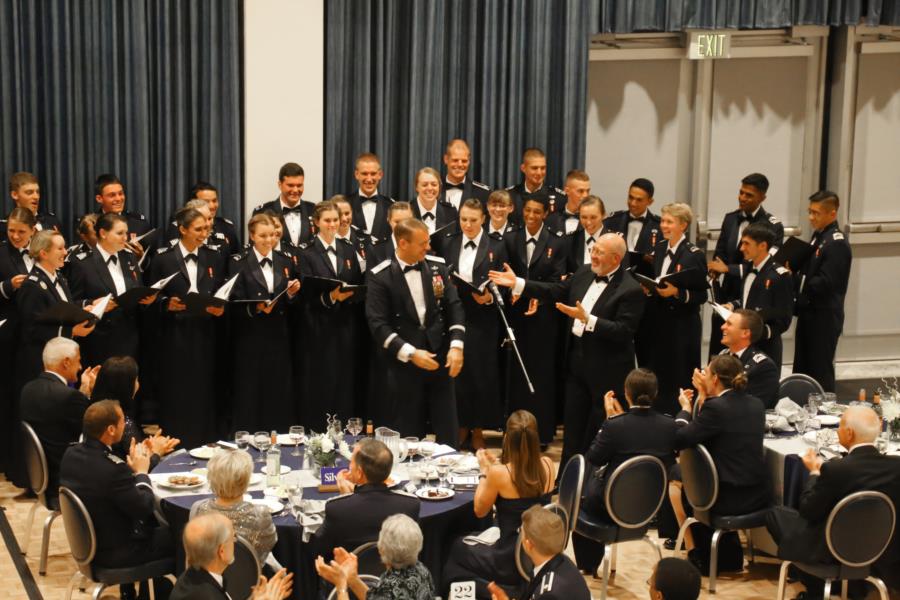 Here is a video of one of their songs.

The Cadet guest speaker for the evening was C1C Sara Fishbein.  Sara is a Falcon Scholar from Northwestern Prep as well as the current Cadet Wing Commander.  Sara is the latest in a long line of recent high achieving falcon scholars.  She is pictured below with her parents, along with a picture I found of her from I-Day 2013.  ;-). 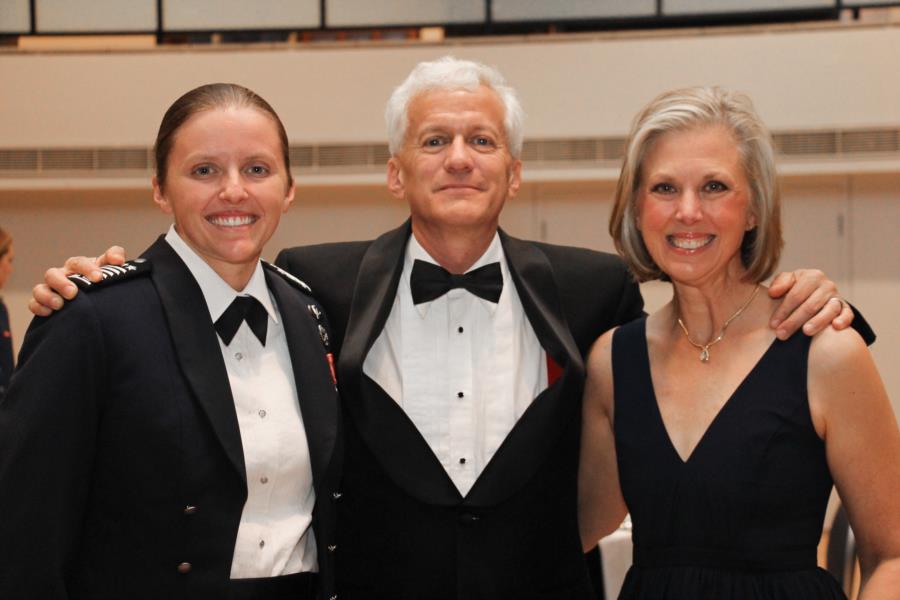 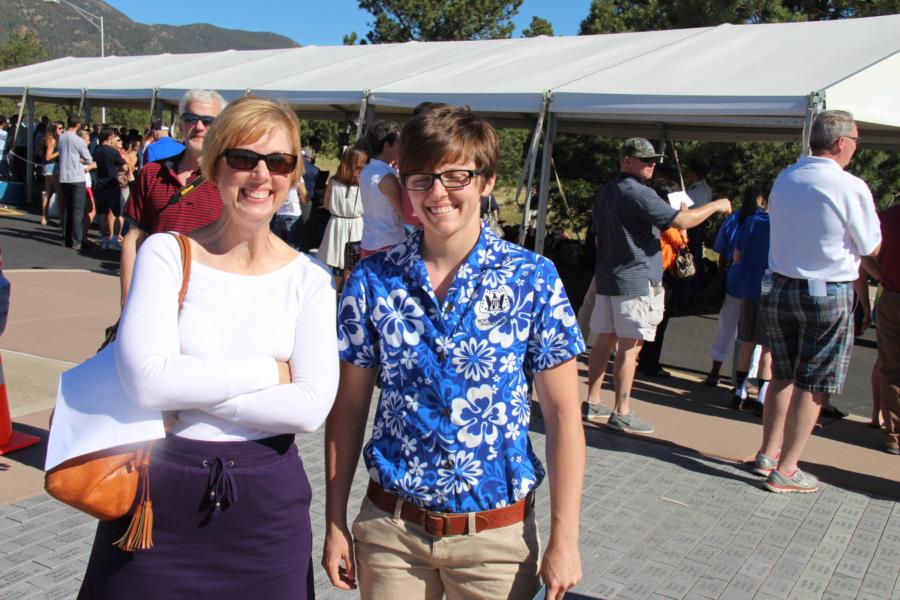 Following the dinner, General Goldfein took a picture with just about every person (cadets as well as staff) who wanted one.  All-in-all it was a great evening.   You can find all the evenings photos in the Extra-Curricular gallery.  Here is a link Falcon Dinner 2016