Prep BMT Not All Marching

Sorry to get your all excited about phone calls today, only to have to have them cancelled.  These calls were an extra privledge that was both earned and then forfeited by behavior.  Hopefully if they come tomorrow they will be all the sweeter.

So, today was the first of three pretty much identical training days where the squadrons rotate between Dental Exams, working on their security clearances, and the Stanley Canyon Hike.  Today Alpha took the hike, Bravo did clearances, & Charlie went to the dentist.  All the photos are up in the Basic Military Training Gallery from the hike and dentist.  Today Bravo will be MIA as far as photos are concerned, but there will be plenty tomorrow.

There were lots of smiles from both Alpha and Charlie today, since they were at rest during both activities.

As you can see from the pictures below, swimming was involved for Alpha.  Everyone participated including Commandant Major Surita, who only agreed to go in the water if everyone else did including the Cadre. It was a hot day, so everyone dried out on the hike back. 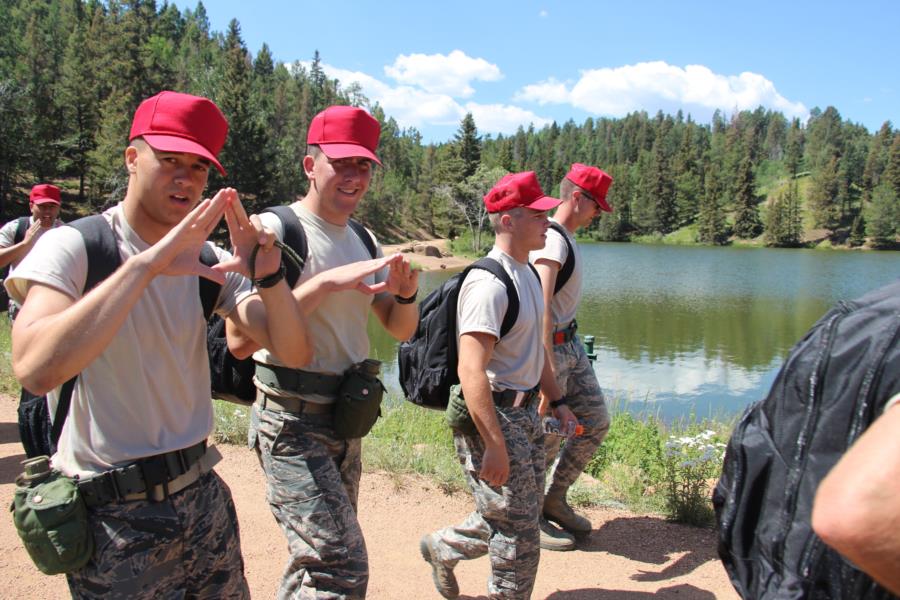 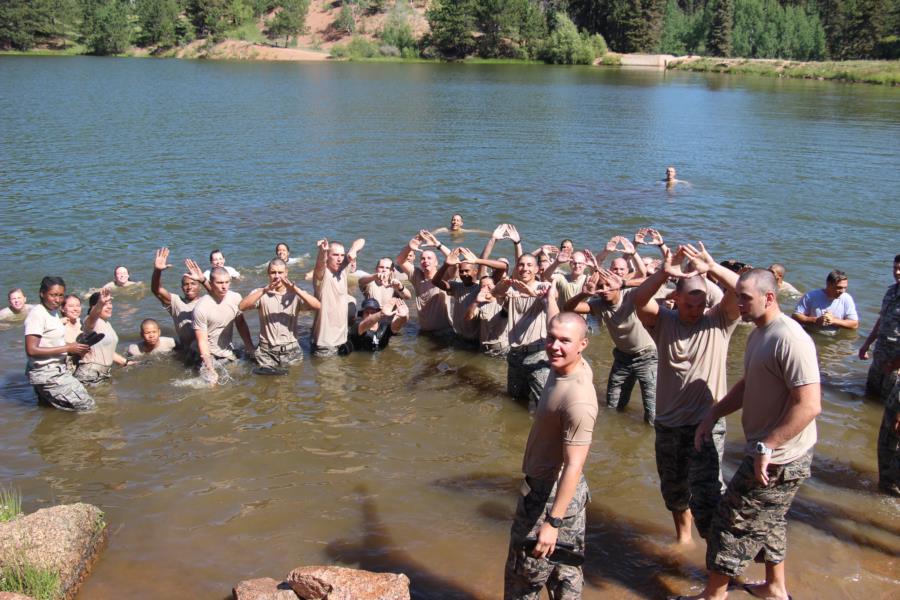 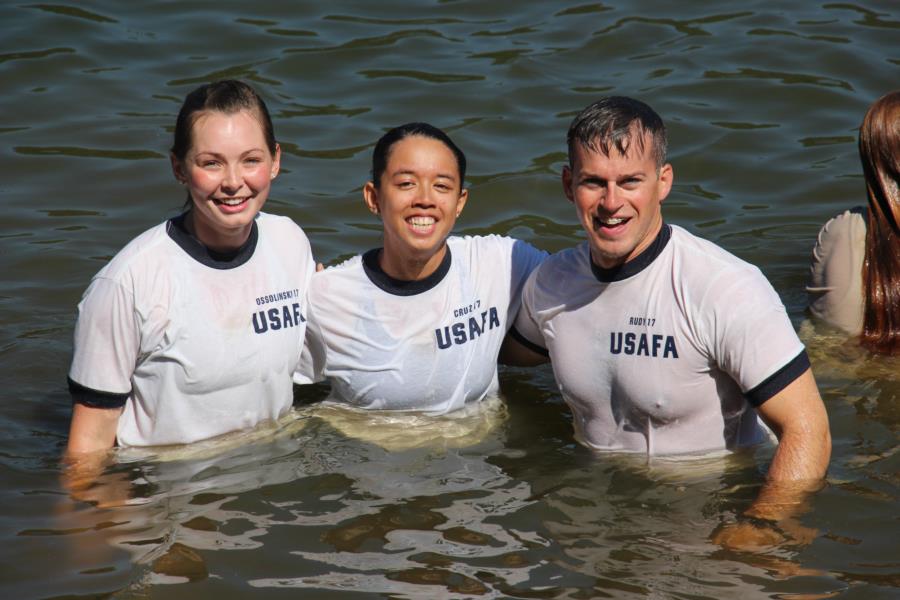 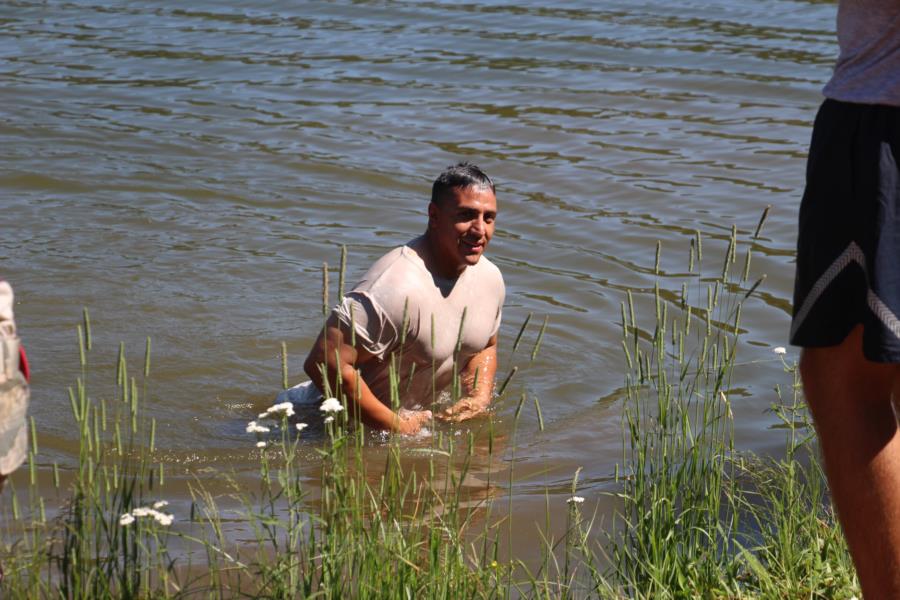 The dental clinic wasn't nearly as much fun, but the Basics were able to be at rest most of the time and most importantly they got to sit down. ;-) 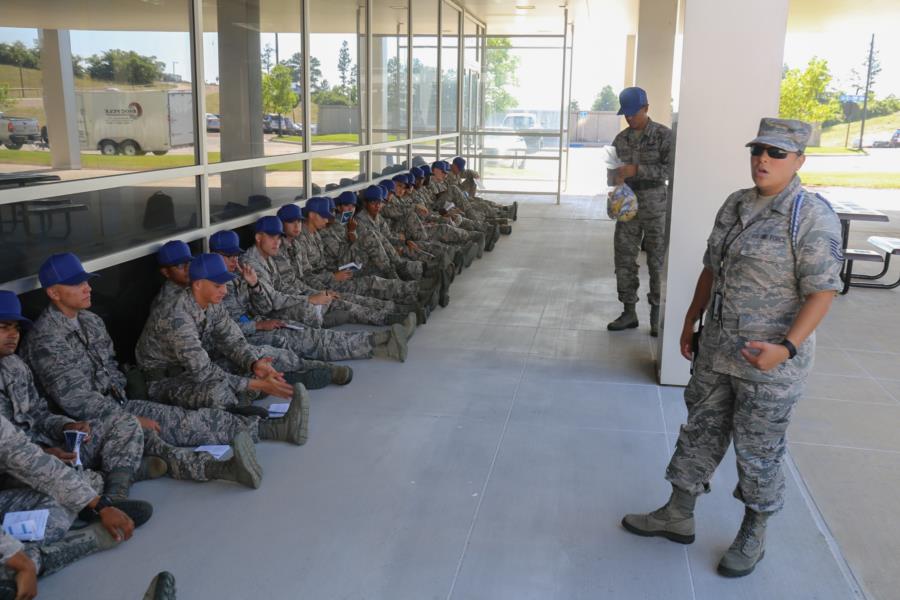 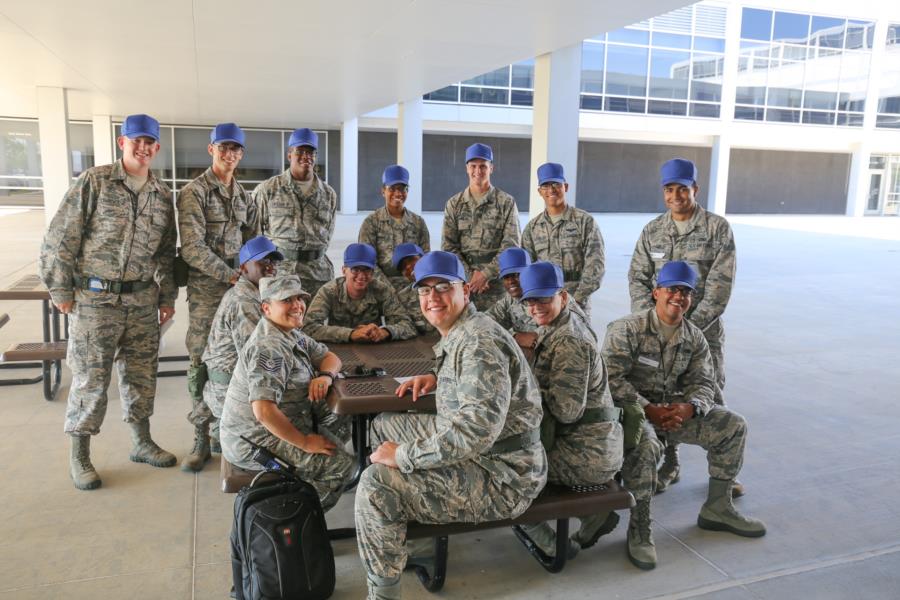 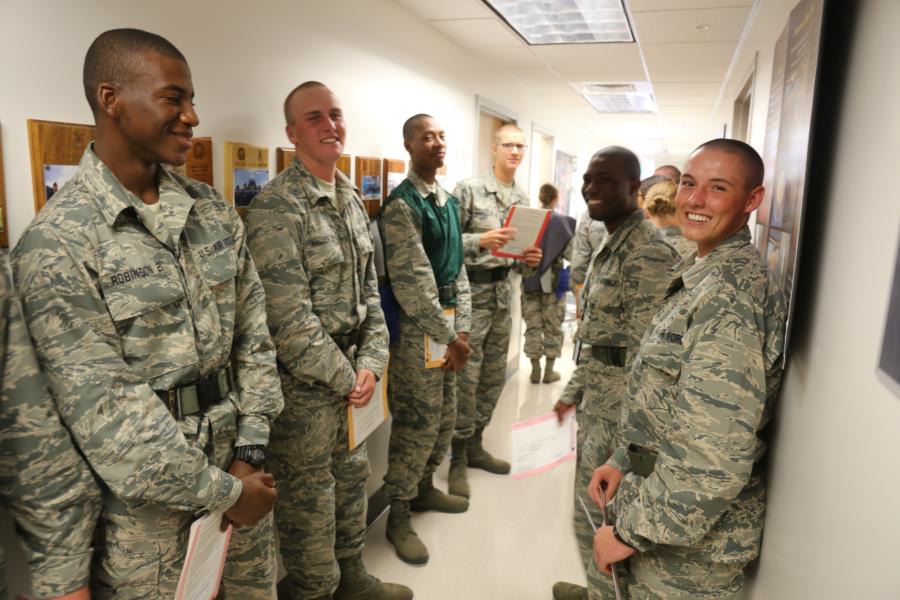 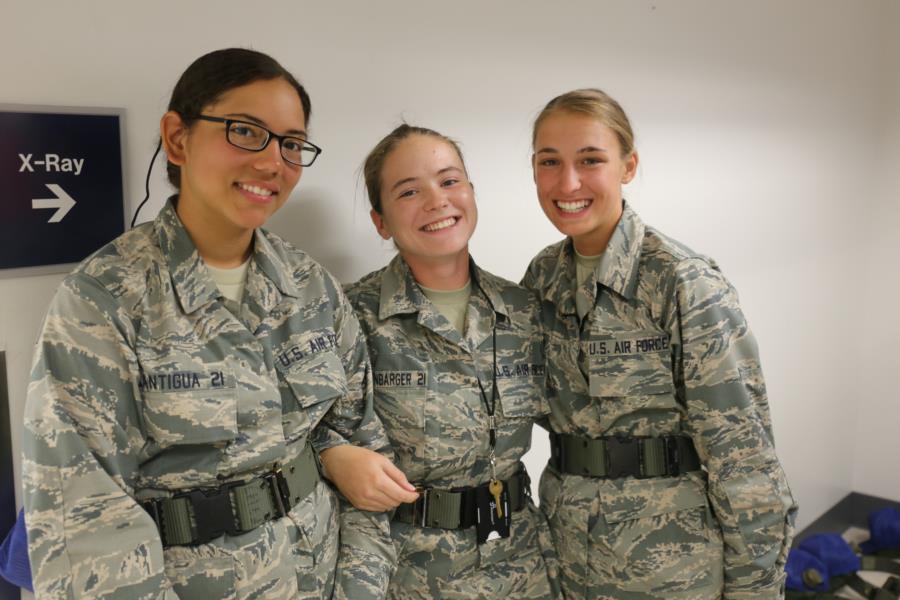 As I said, tomorrow will be a carbon copy of today, with a little afternoon training added in for all squadrons and hopefully those phone calls you are waiting for.  Till then, have a great evening and happy hunting!