This afternoon, the Prep School had the honor of a visit with Col (Ret) Paul K. "P.K" Robinson, Jr., who was a POW during the Vietnam War.

Below is some background on Col (Ret) Paul Robinson;

"Paul K. "P.K." Robinson, Jr., was born January 5, 1939, in Galion, Ohio. He graduated from Galion Senior High School in 1957. During his school years, he was on the National Honor Society and lettered on the football and baseball teams. Following graduation from High School, "P.K." attended one year of college at the College of Wooster, Wooster, Ohio. During this time, he applied for and was accepted as a member of the newly formed United States Air Force Academy. As a cadet, he was named to the Superintendent's, the Dean's and the Commandant's Lists. He was active in many sports and served as a member of the Honor Society. As a first classman, he was a group commander.

Following graduation as a Distinguished Graduate in June 1962, "P.K." attended pilot training at Williams AFB, Arizona. He subsequently completed F-100 training at Luke AFB, Arizona as he was selected for future assignments as a fighter pilot. His first operational tour was at RAF Lakenheath. During this tour, he was named as a "Select Crew". He was then assigned to Tuy Hoa AB, RVN, Southeast Asia. During this tour and while assigned as a "Misty FAST-FAC" at Phu Cat AB, he completed over 250 combat missions, including 101 missions over North Vietnam. He participated in many of the key battles of the Vietnam War including the Dak To Offensive, the siege at Khe Sahn and the Tet Offensive.

"P.K." was then selected as an Olmsted Scholar and, after language training at the Defense Language Institute in Monterey, California, attended l'lnstitut d'Études Politiques in Paris, France. He obtained a diplôme in Intemational Relations and graduated with laureat honors. He then returned to Southeast Asia as an F-4E pilot flying out of Korat RTAB, Thailand. On July 1,1972, while on a mission north of Hanoi, "P.K." was shot down by a surface-to-air missile and was captured by the North Vietnamese militia. He was incarcerated in various prisons in the Hanoi area and was released on March 28,1973, during Operation Homecoming.

"P.K." served on the staff of the Air Force Department of Legislative Liaison for four years, was the deputy for operations at RAF Bentwaters and helped introduce the A-10 into the European theater of operations, was the commander of the 355th Tactical Training Wing at Davis-Monthan AFB, Tucson, Arizona and served as a division director on a Pentagon tour. "P.K." retired from active duty as a Colonel while serving as the vice commander, Tactical Fighter Weapons Center, Nellis AFB, Nevada in July 1988.

During his visit Col (Ret) Robinson had lunch with a group of the C/C's and talked to them about their backgrounds and were able to ask one on one questions about his life experiences. 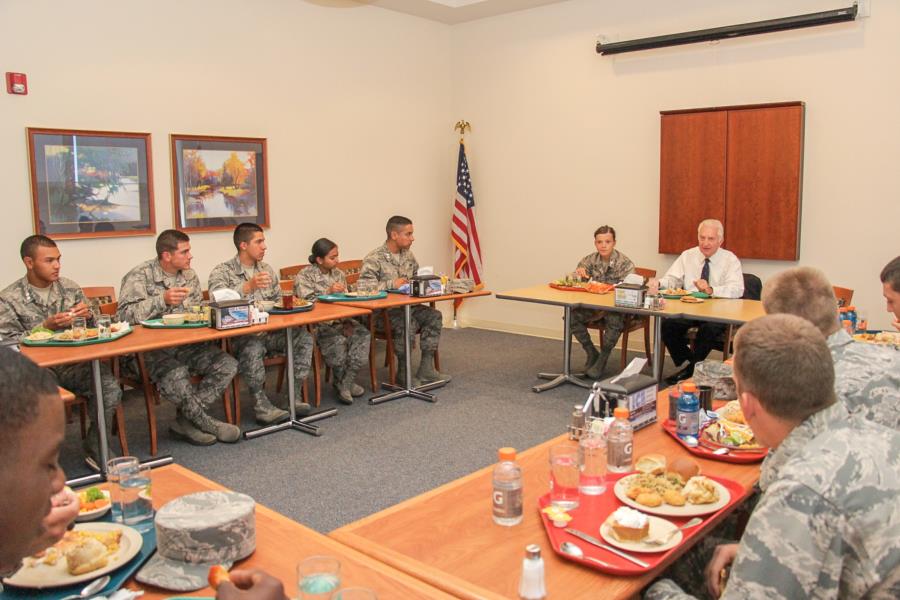 After lunch the C/C's made their way to the theater where Col (Ret) Robinson addressed the rest of the C/C's and talked about his career, his experience as a POW and what his life was like coming home from the war. 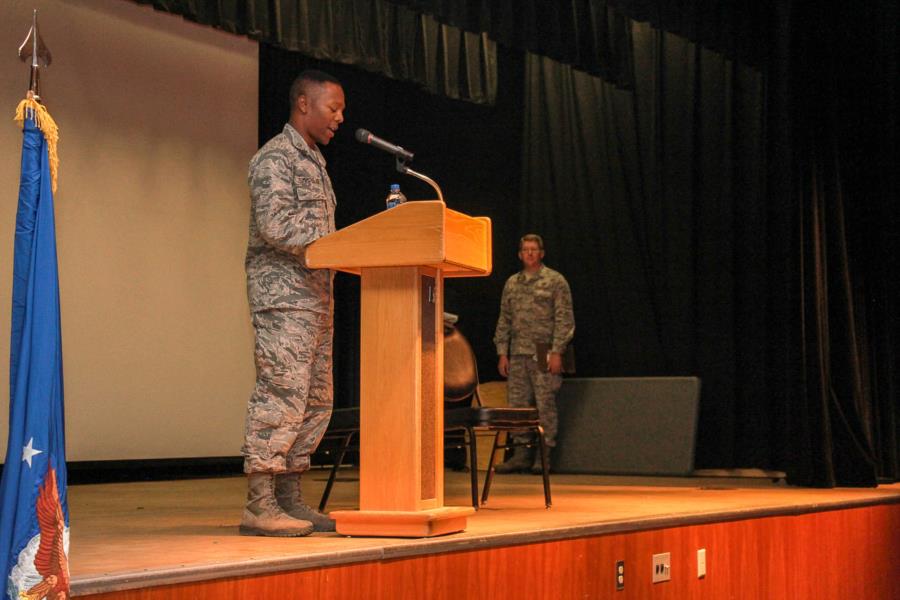 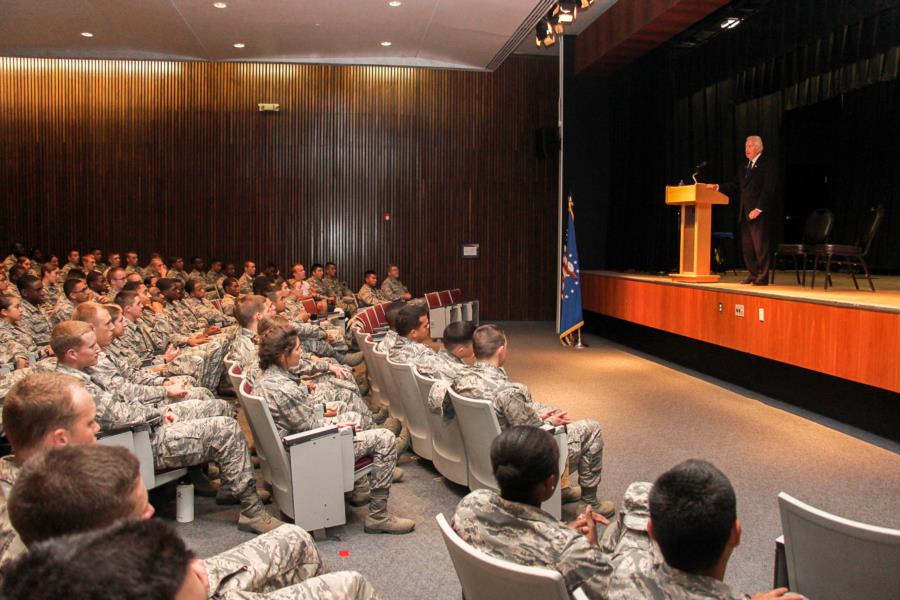 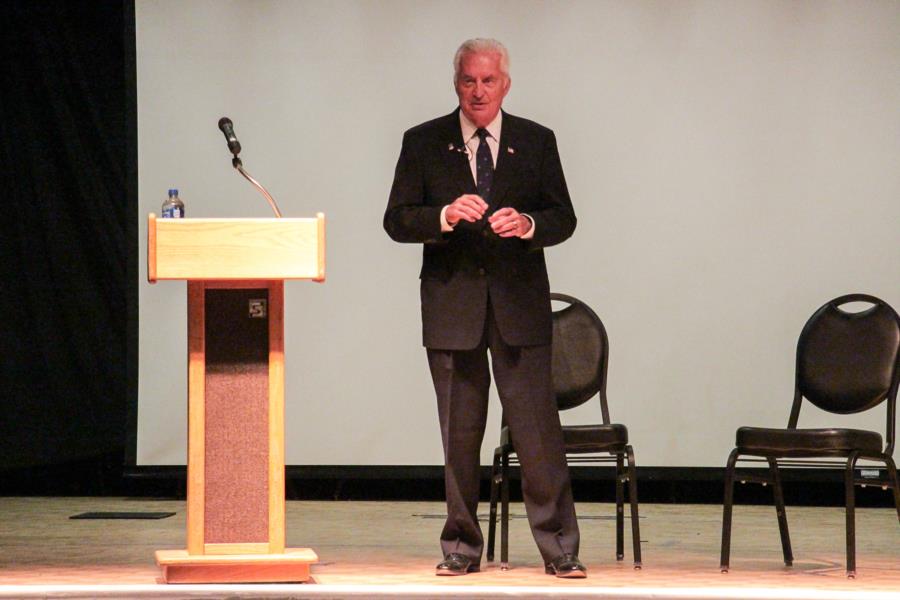 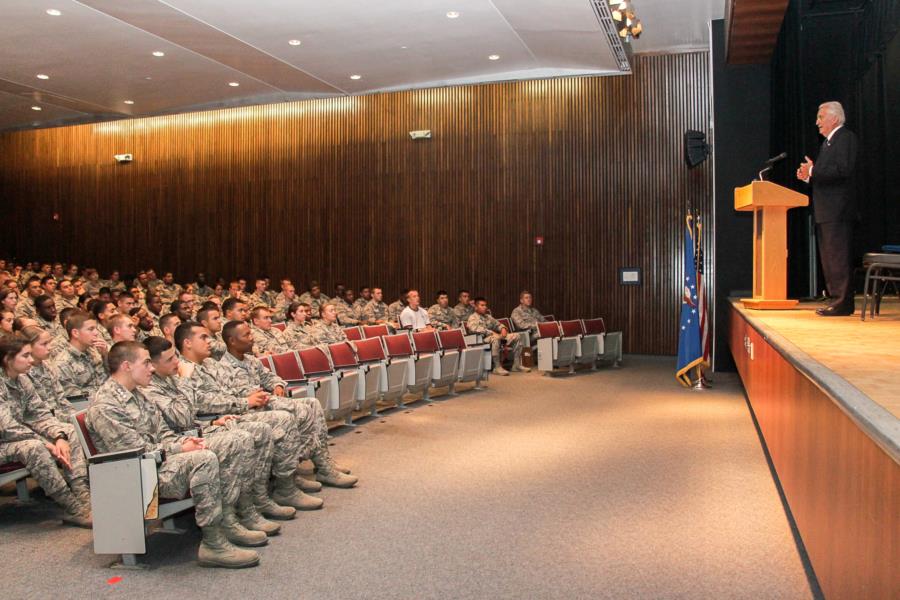 Afterwards, the C/C's and Staff were able to have a Q&A session with him both one on one and as a class. 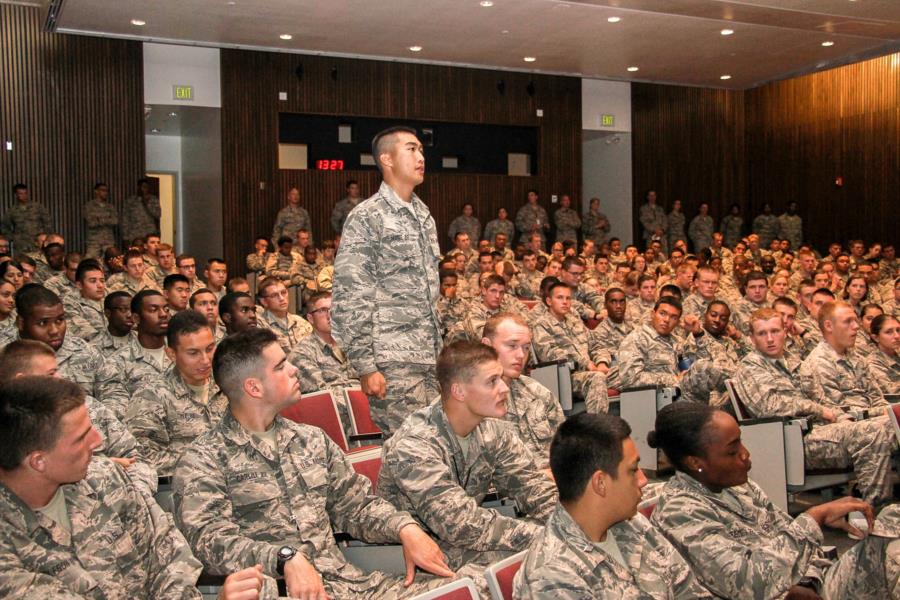 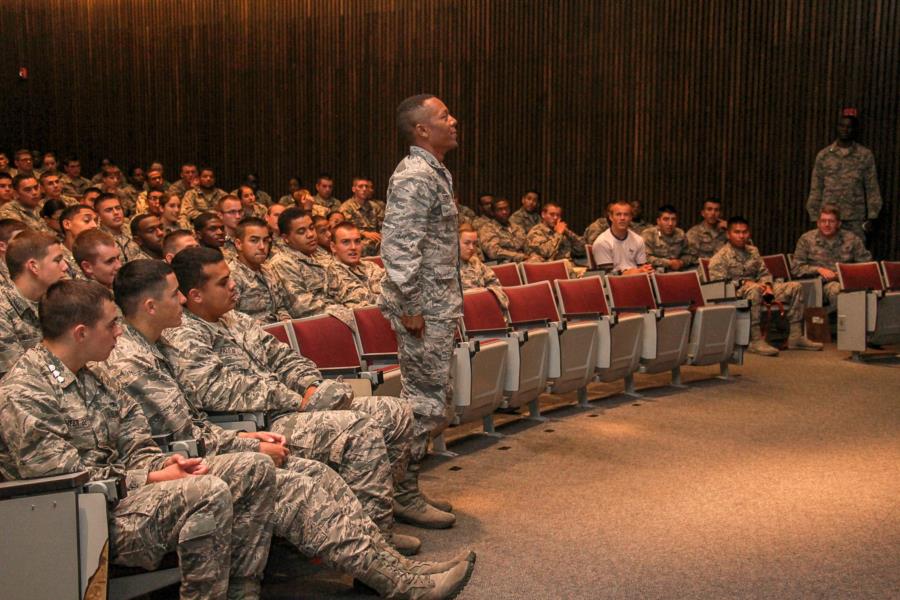 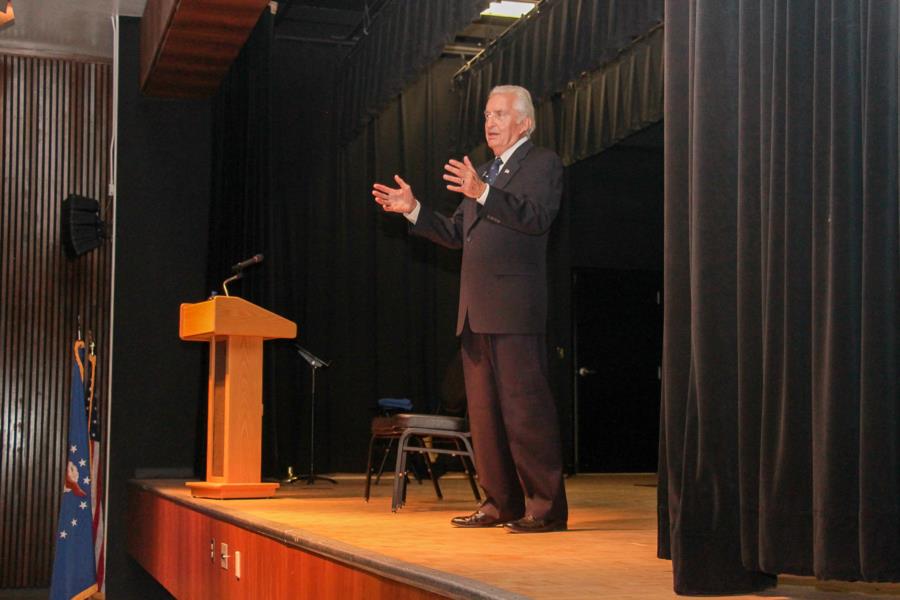 Finally, C/C Maffett and C/C Simmons came up and presented Col (Ret) Robinson with a gift on behalf of the Prep School C/C's and Staff. 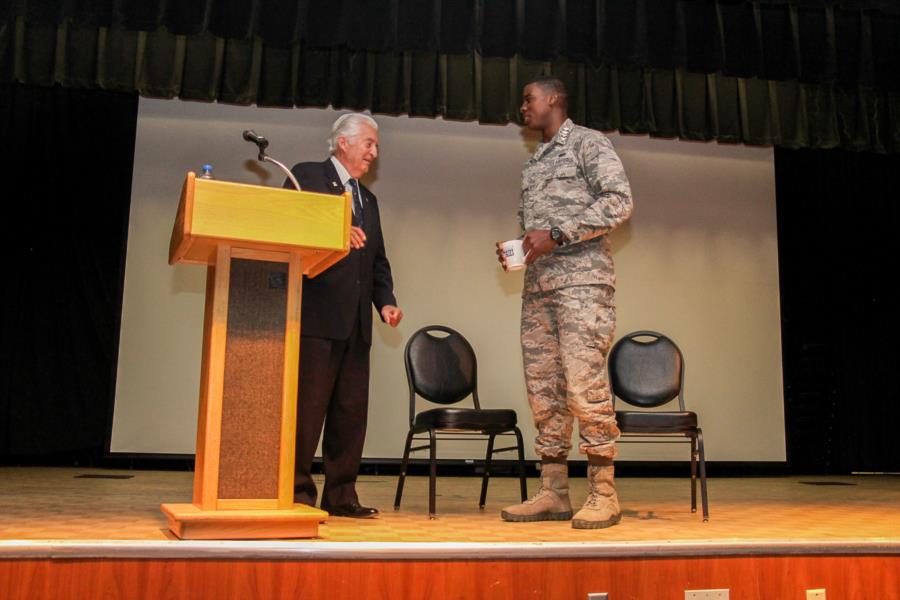 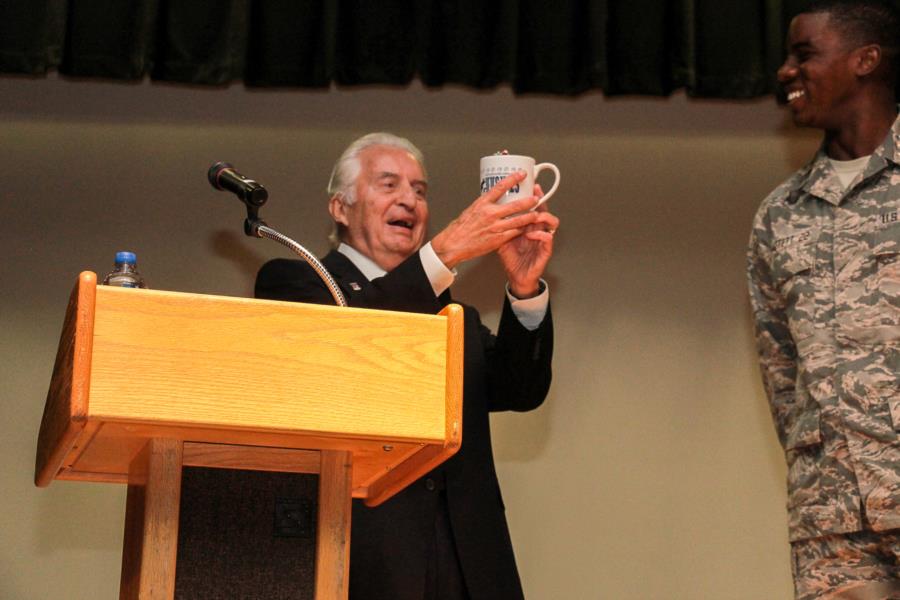 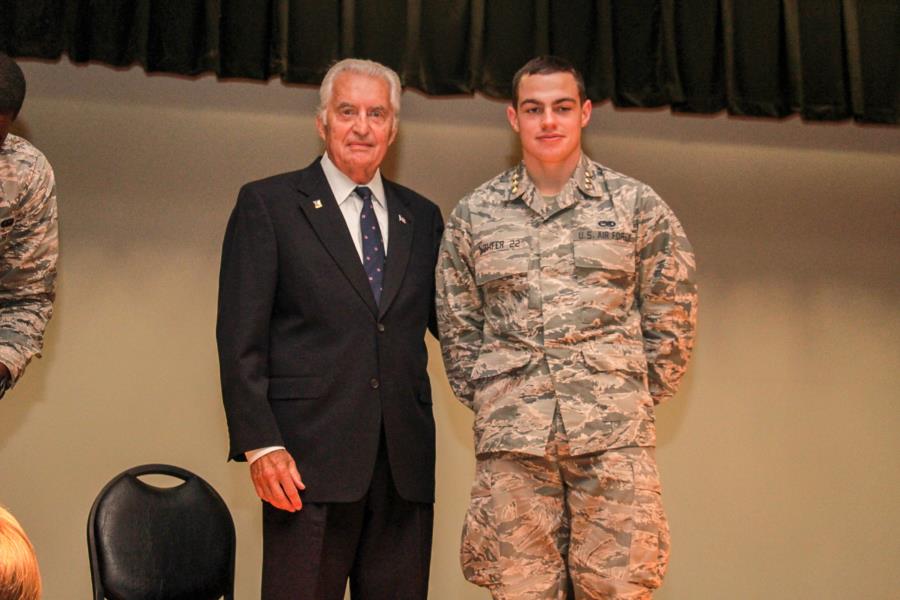 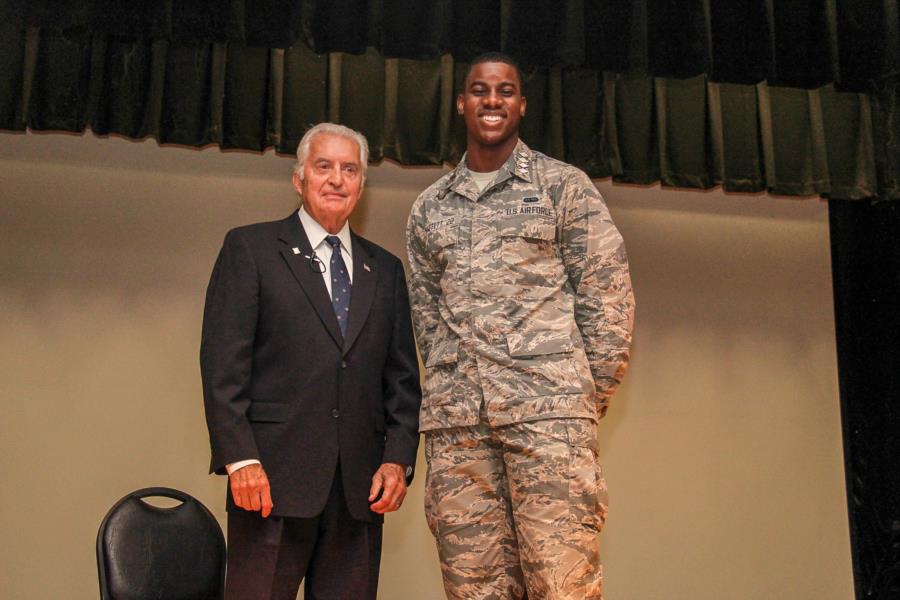 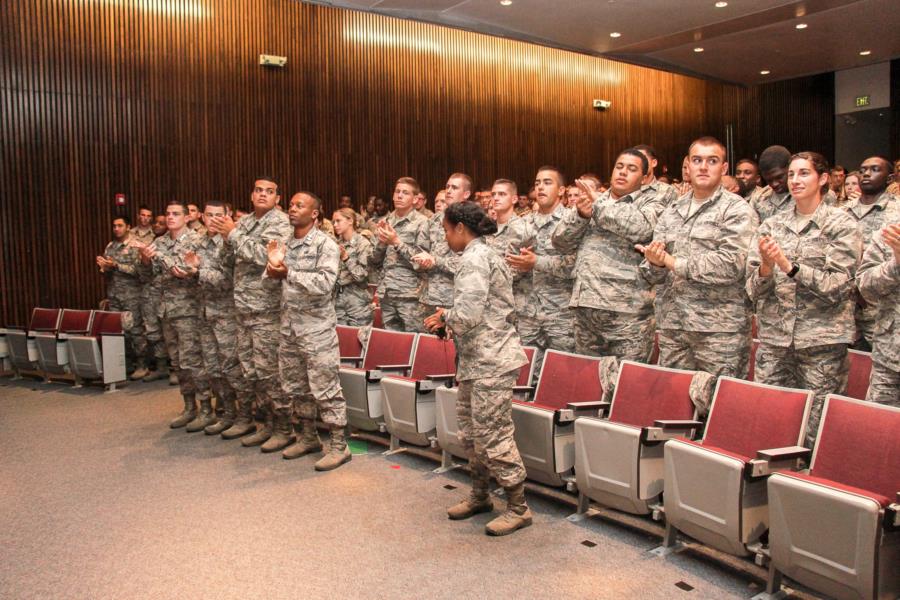 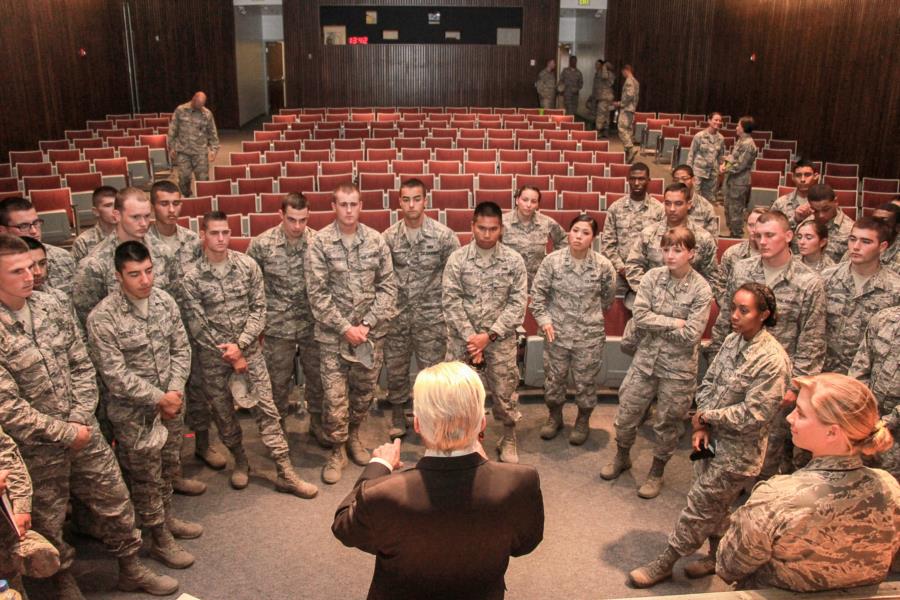 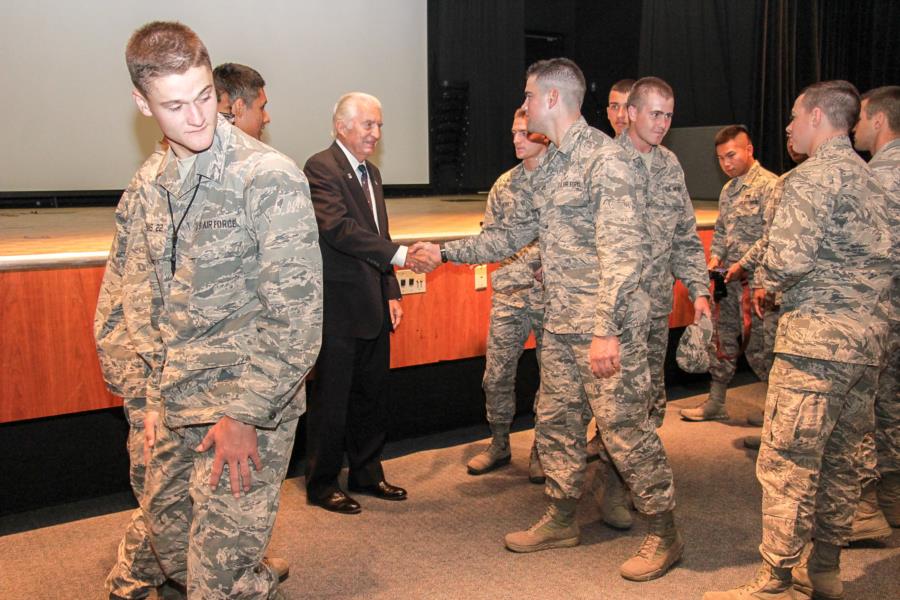 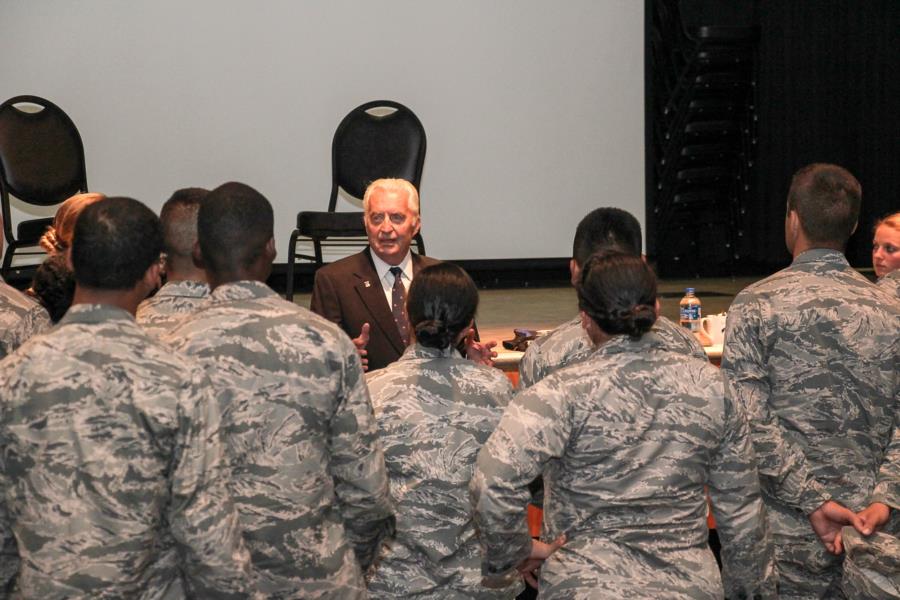 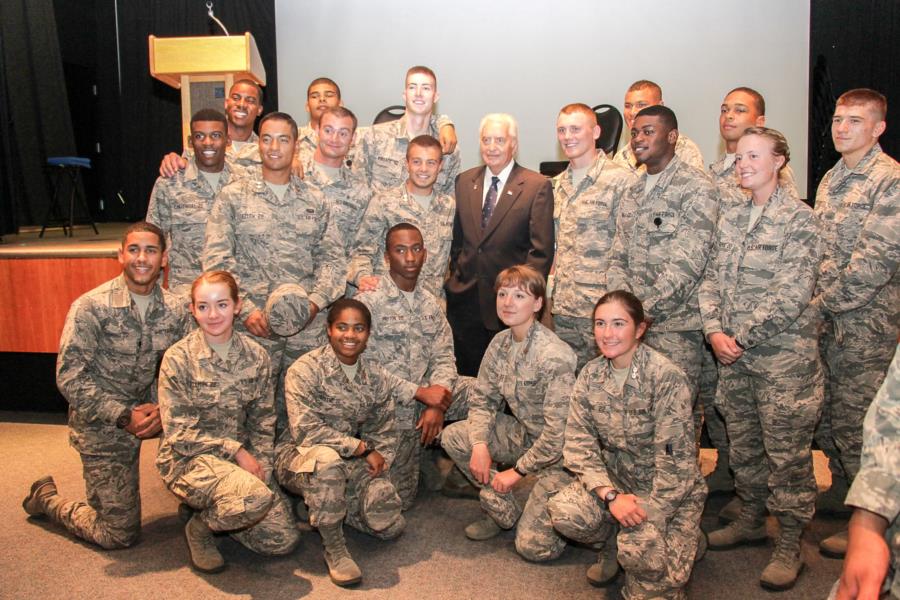 One of the Casual 2nd LTs currently working at the Prep School got to talk with Col (Ret) Robinson about Col "Bud" Day. Who happened to be her classes exemplar and someone that Col (Ret) Robinson knew personally. Below she's showing him her class ring. 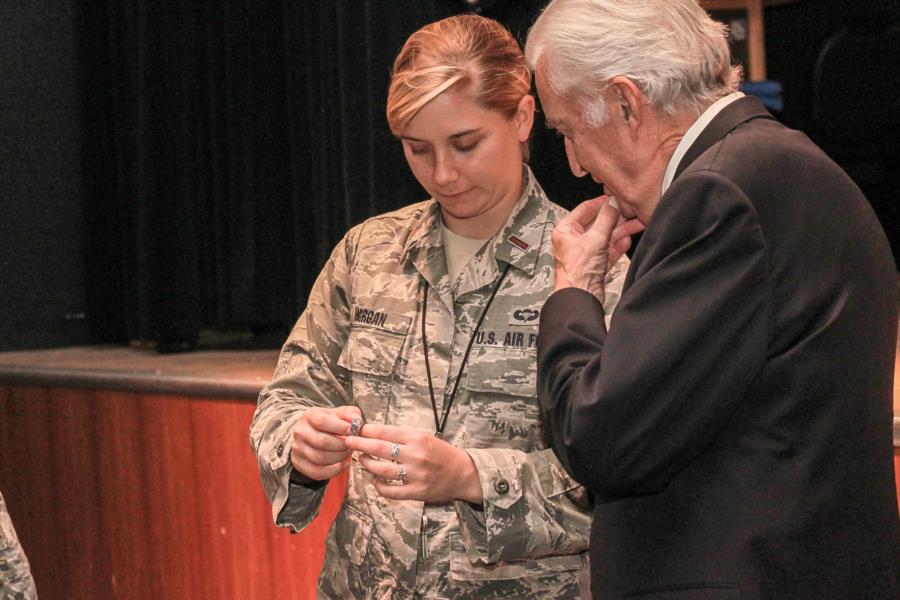 "As an experienced tactical fighter pilot and forward air controller, Col (Ret) Robinson represents the qualities that the Air Force looks for in its leaders. In addition, Col Robinson is uniquely suited to recount his story as a prisoner of war for POW/MIA day. The objective is for cadet candidates to understand some of the unique hardships that airmen can face as prisoners of war."

Col (Ret) Robinson, showed the C/C's a piece of clothing that he had on when he was captured. You'll have to ask your C/C what it was that he showed, or find it in the Gallery from our coverage!

To view the rest of the pictures from our glimpse into Col (Ret) Robinson's visit go to; Classes - Prep School - Prep Life. Or click the link below.