The Prep School conducted their 2nd Annual Poverty Simulation.  The purpose of the simulation is to show the Prep School Cadet Candidates (CC’s) what types of poverty situations they themselves could find themselves in. Or one of the airmen under their command in the future may be in a situation affects their lives, family dynamic, or work performance.  Some of the CC’s may have experienced some of these hardships growing up or as prior enlisted. This simulation gives CC’s who did not have these hardships an idea of what their fellow CC’s may have experienced and how it has impacted their lives.

To begin the simulation, instructions are given and then some statistics were shown about poverty levels in Colorado and what the monetary threshold is to be considered in poverty.  Each family is given a card explaining its circumstances and what each role they will be playing.  Each family must then work with these circumstances to provide food, shelter, schooling and other basic needs for the family by accessing community resources.  The simulation was broken up into four 15-minute sessions with each session representing one week in the family’s life. 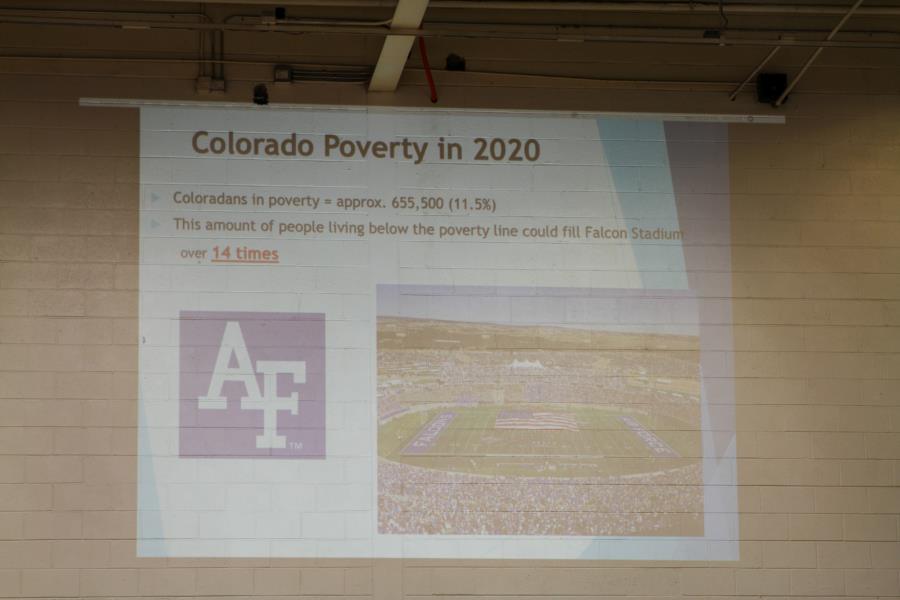 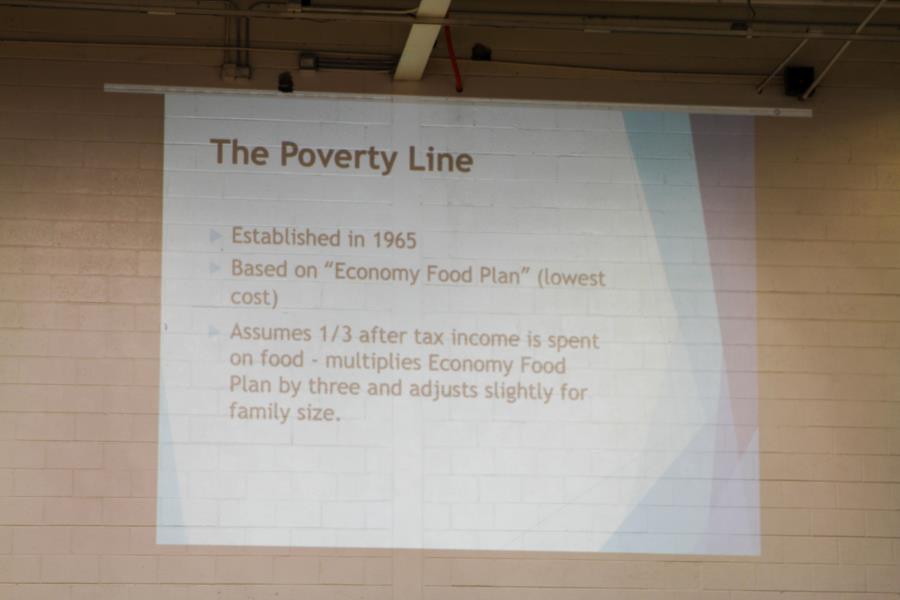 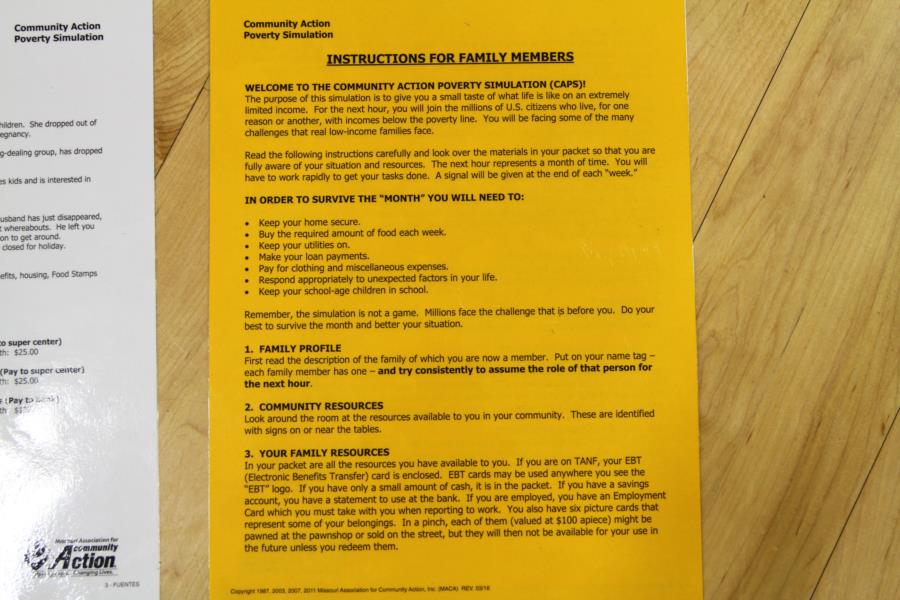 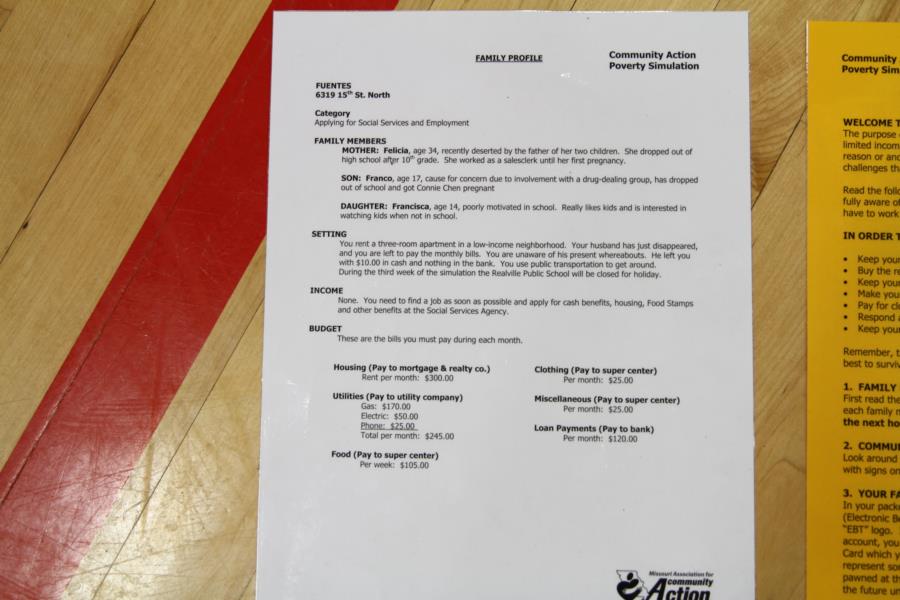 Most families consisted of 3-4 people and they were seated in a group representing their “home”.  Community resources were set up around the perimeter of the gym and families had to find ways to get to these resources such as buying a transportation pass, which represented money having to be spent on public transportation.  There were many different situations that families had to deal with.  For example, one family had a disabled father at home, the mother is out working a job that pays by the hour and the school has called and says they need to pick up their child due to illness.  The family now must find a way to get their child from school back home. Options may be the mother must leave her job and lose pay, the disabled father must find a way to get to their child and then get them home or they might be able to find someone else to pick up their child and bring them home. Money is tight and lose of pay greatly affects the family’s finances as well as finding money for extra expenses such as bus fare.  There were scenarios where a family member was arrested because they tried to sell the title to a car they had stolen to get money.  Or arrested trying to buy a handgun from the pawn shop illegally.  And now the family has the added expense of legal fees as well as potential loss of employment.  Another scenario showed the difficulties that an older gentleman living on his own had and how people could easily take advantage of him.  And with no one to help, everything fell on his shoulders and he struggled with basic life necessities such as grocery shopping and paying the bills. 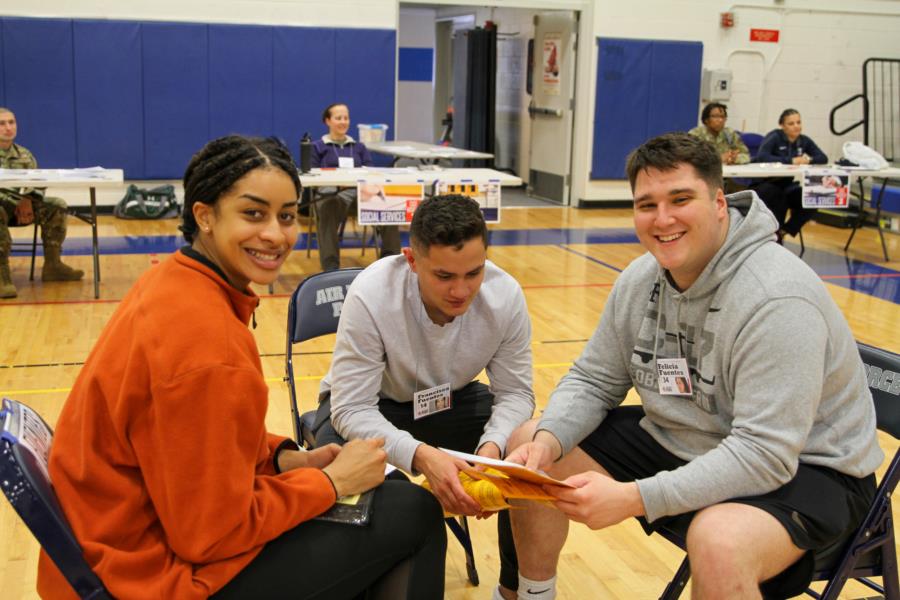 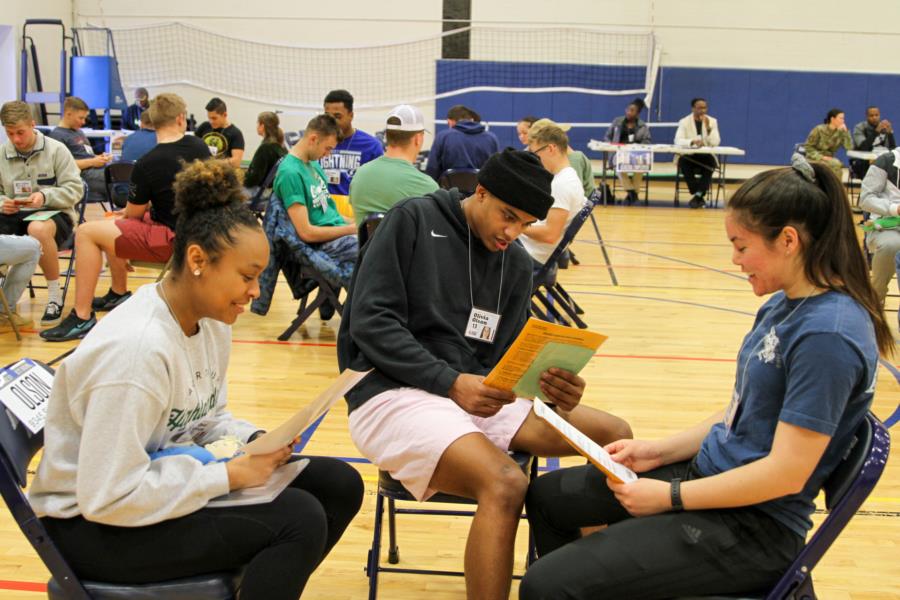 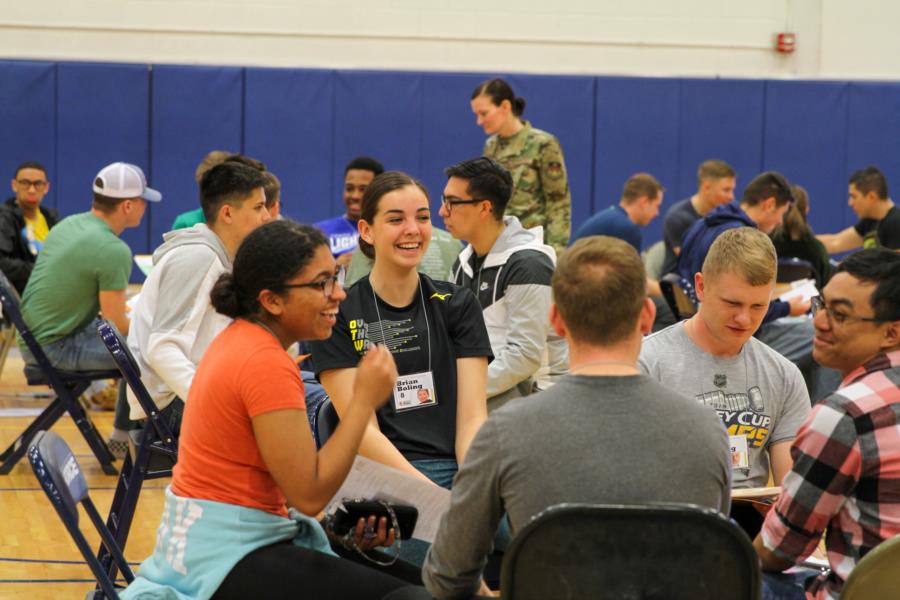 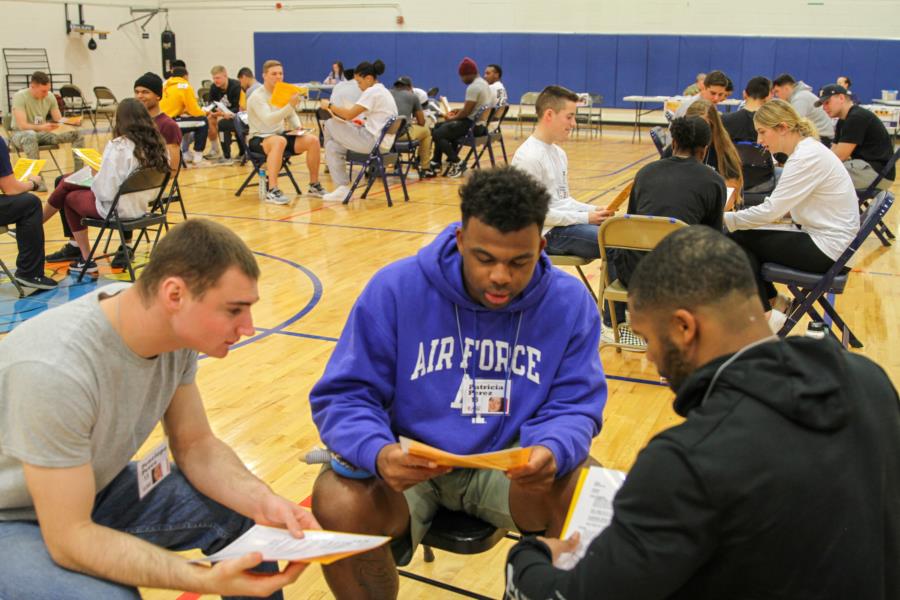 The simulation did a good job of showing how circumstances beyond ones control, such as illness, can really impact ones financial well being and how difficult it can be to overcome. It also demonstrated how these circumstances could lead to poor choices that make the situation worse.

There were about 20 volunteers that played various roles of resource providers in the community.  Some resources were helpful such as Social Services, Community Action Committee, and Inter-Faith Services.  Other resources in a community were not helpful and showed how they could make a person’s situation worse such as a Pawn Shop or the Pay Day Advance-Quick Cash.  These types of business’s take advantage of someone in a desperate situation and could make their situation worse by high interest rates on the loan or by taking your car as collateral on the loan.  Which may now cause you to not have transportation to your job etc. 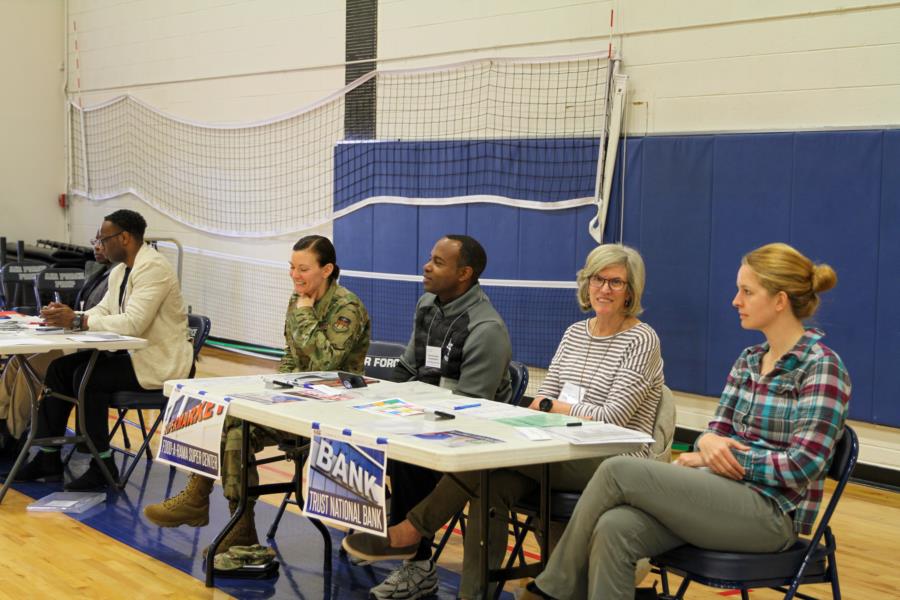 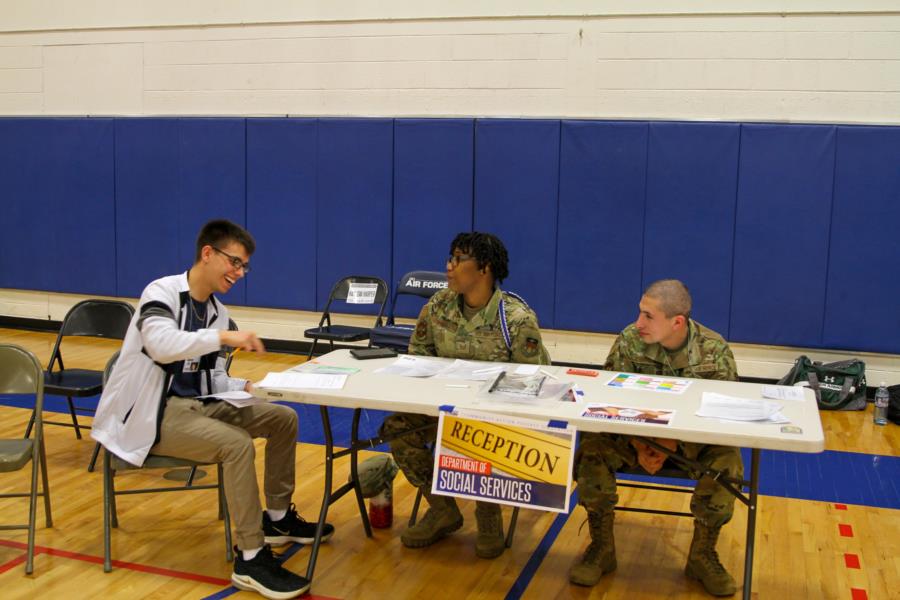 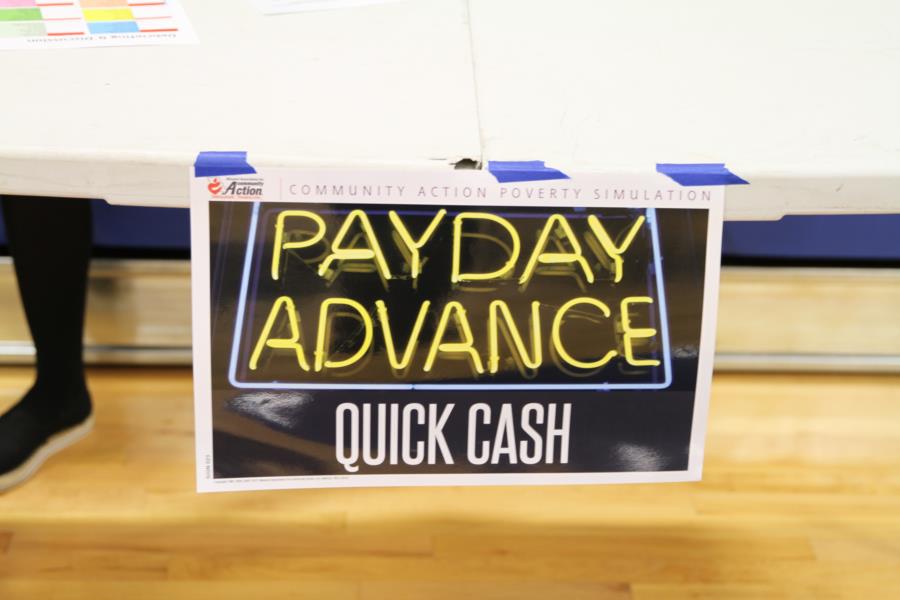 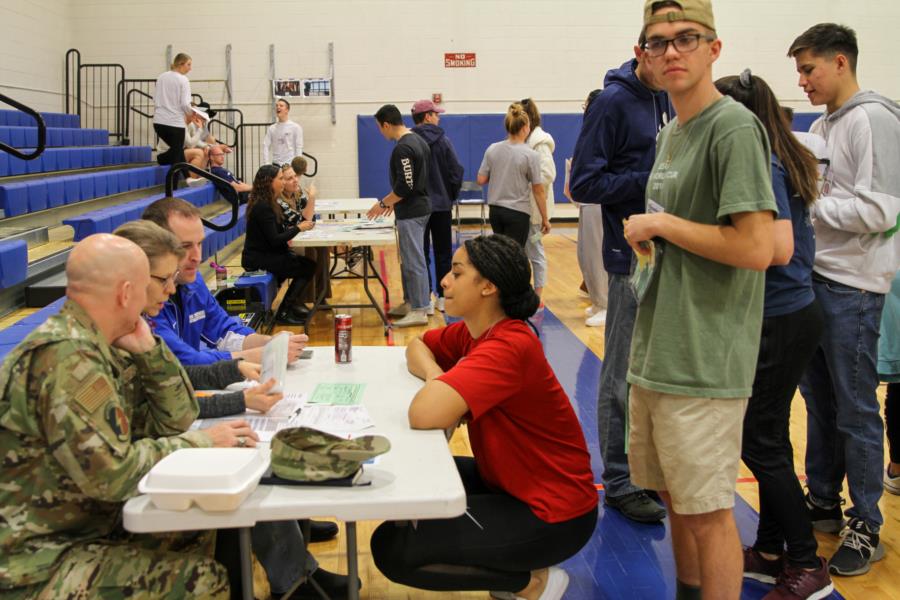 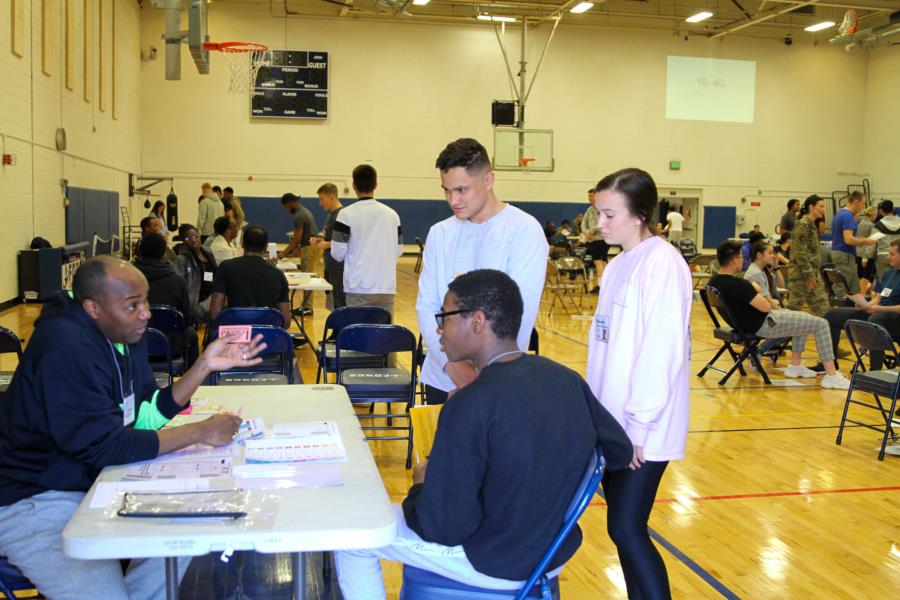 The simulation lasted about 2 hours with a debriefing at the end.  The debrief gave the participants a chance to state what they thought was good or bad about the simulation and to say what they took away from it.  Most participants said they now realized how hard it can be to get out of poverty even if you have a job and are diligent about your money.  That circumstances beyond one’s control can really affect quality of life and opportunities for a better life.  Discussions included possible ways to make it easier for people in poverty to work their way out of it and what other resources could be helpful and need to be added to our communities. 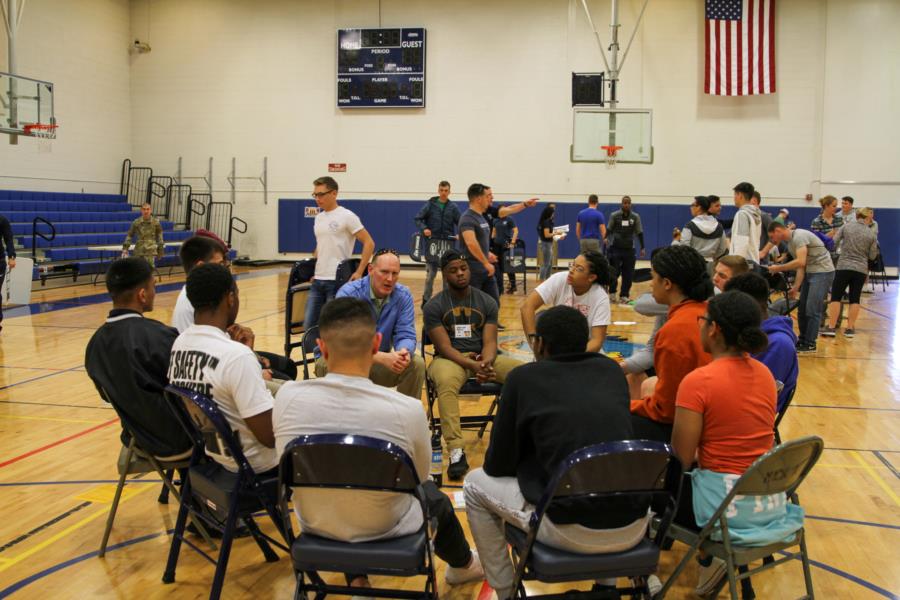 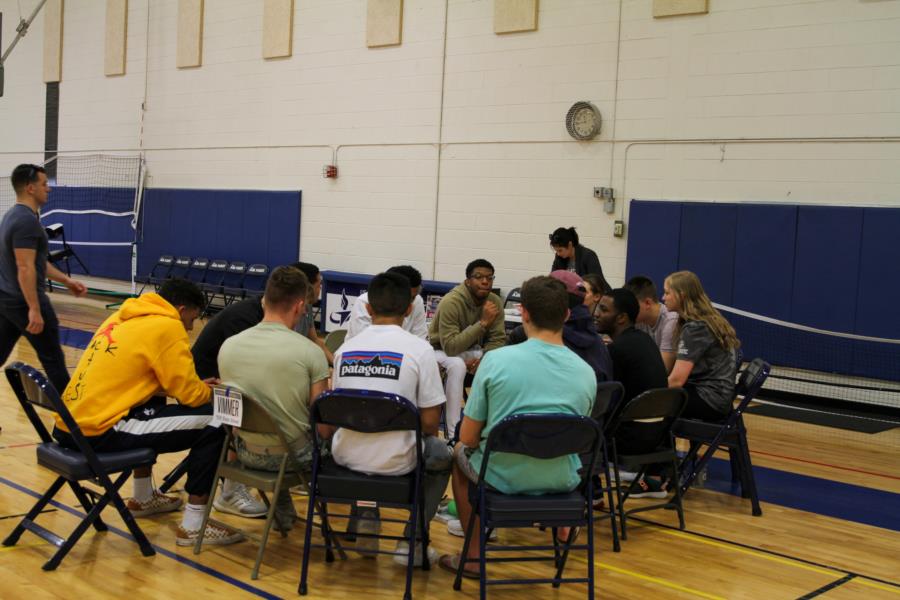 To view the rest of the photos from this simulation, go to, Classes > Prep School > Prep Academic Studies or click the link below.