The USAFA Center for Character and Leadership Development teamed up with the Prep School to bring team building activities to the Prep CC's this weekend.  The various activities were designed to help them get to know one another as a whole group, but also as smaller groups within their squadron.

The various activities included a game of Back to Back.  This was a game where the CC's stood back to back to each other.  Then when they turned around they had to do an activity such as bump fists with one another.  Then they would go back to back with another CC. Then they would face each other and do a high five. Then they had to find the first CC they bumped fists with and do that again.  This went on for several minutes and the hilarity that ensued was fun to watch as they scrambled to find one another. 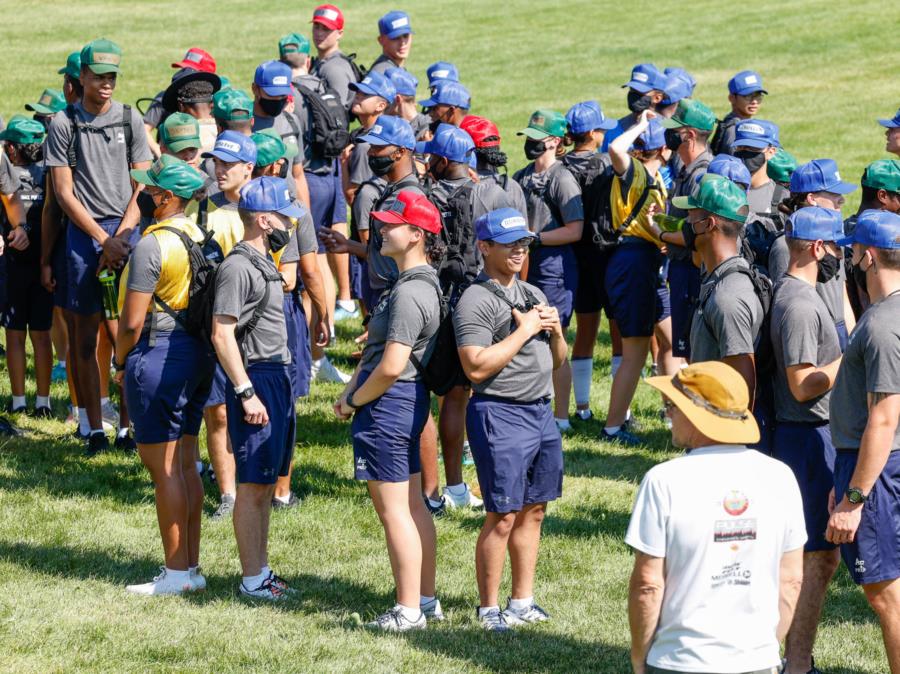 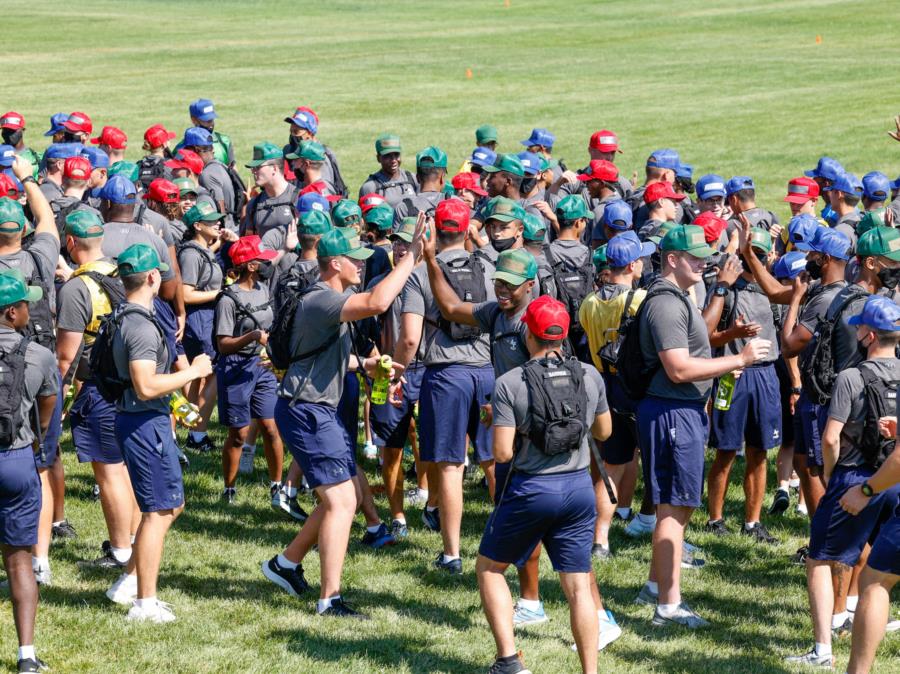 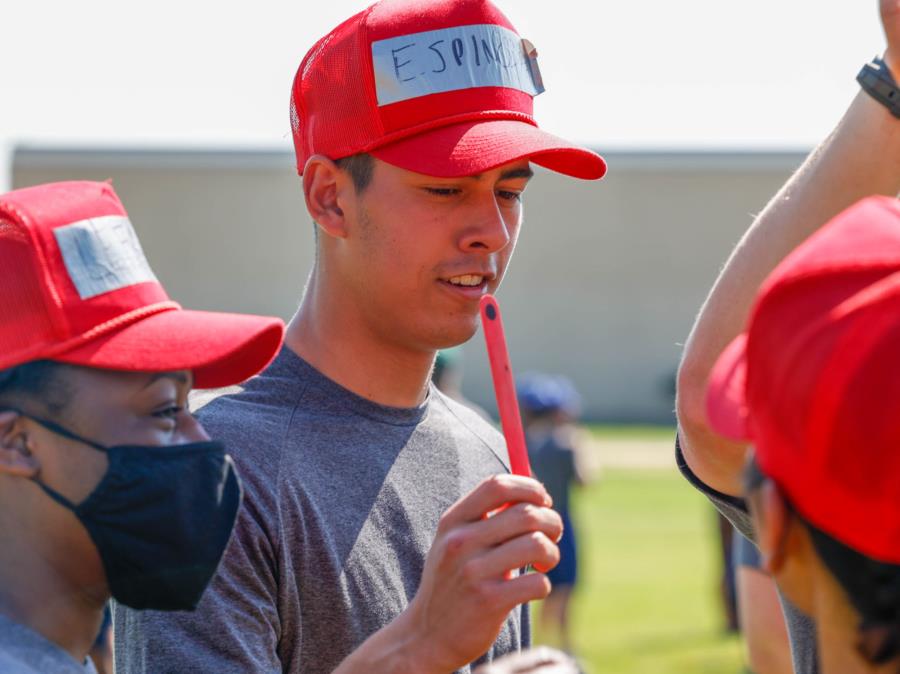 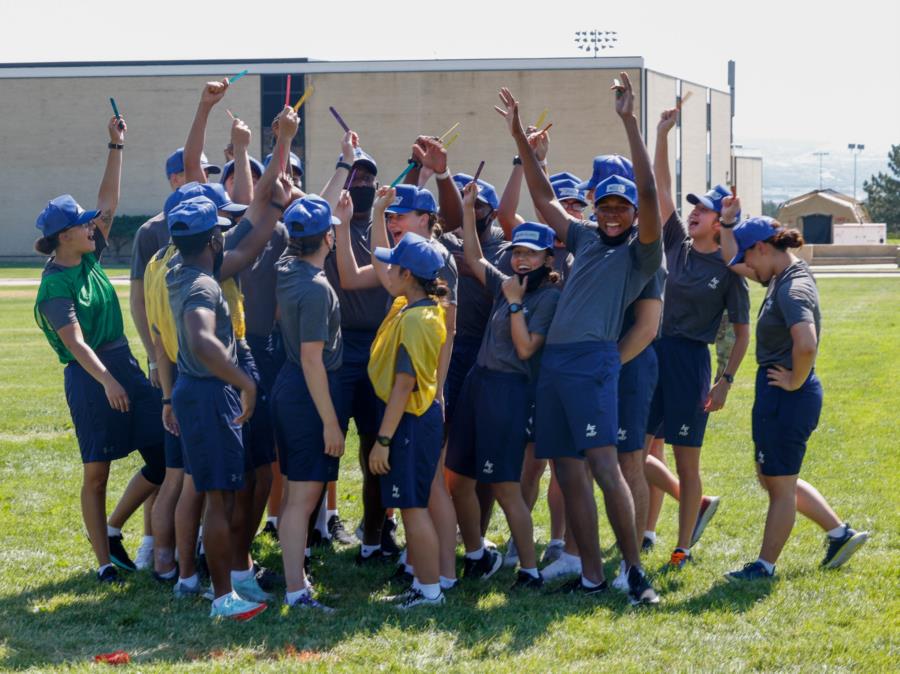 The final game that WebGuy was able to witness was sort of like the card game "52 card pick up."  These cards were to be picked up from the ground, one for each person in the group.  On these cards were tasks that had to be completed.  Some of the tasks were solo tasks, others needed one other person to complete. And some needed several people to work together to complete the task stated on the card, such as "rowing a boat." Once all the tasks were completed they were finished as a group. Webguy was only there for part of the activity so as to not be a distraction from the learning and team building that they were doing. 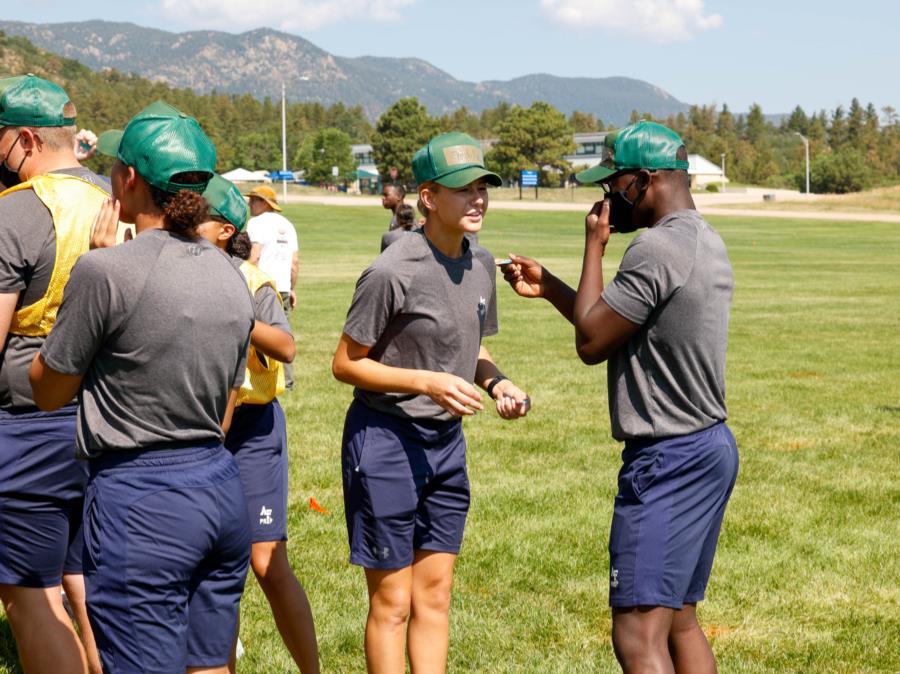 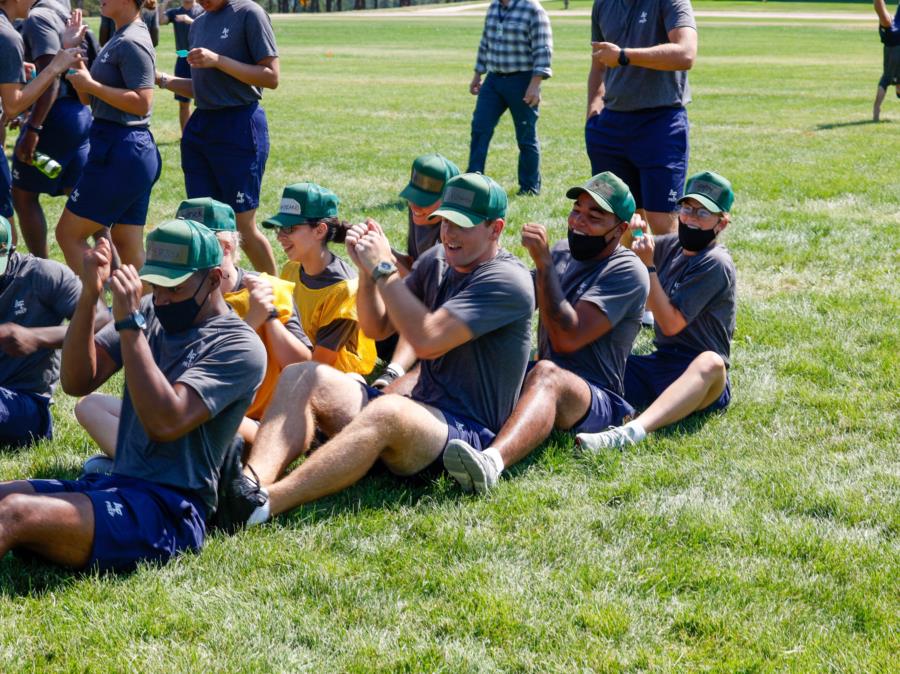 Learning how to work individually as well as in a group is a skill that will be very useful in their time at the Prep School, at the Academy, and in life.  It was nice a change of pace this weekend for the Prep CC's from the several days of PT, Drill and classroom learning.  The weather was perfect, they had the chance to relax a bit and the smiles were beaming as they made their way through the team building activities.

***Photo order must be set OLDEST to NEWEST for the link to take you to the correct page.

***Photo Order must be set OLDEST to NEWEST for the link to take you to the correct start page.