This week's Life In The Military Segment speaker was the Prep School Commander, Col Jacqueline Breeden.

Col Breeden is a '94 Grad from USAFA. Attending Intelligence Officer Training at Goodfellow Air Force Base, Texas and for the first 6 years of her career she served as an Intel Officer. She was selected for the Joint Specialized Undergraduate Pilot Training program at Vance AFB, Oklahoma. Currently she has had over 2,300 flight hours in T-37B, T-1A, and C-5A/B/C/M aircraft. 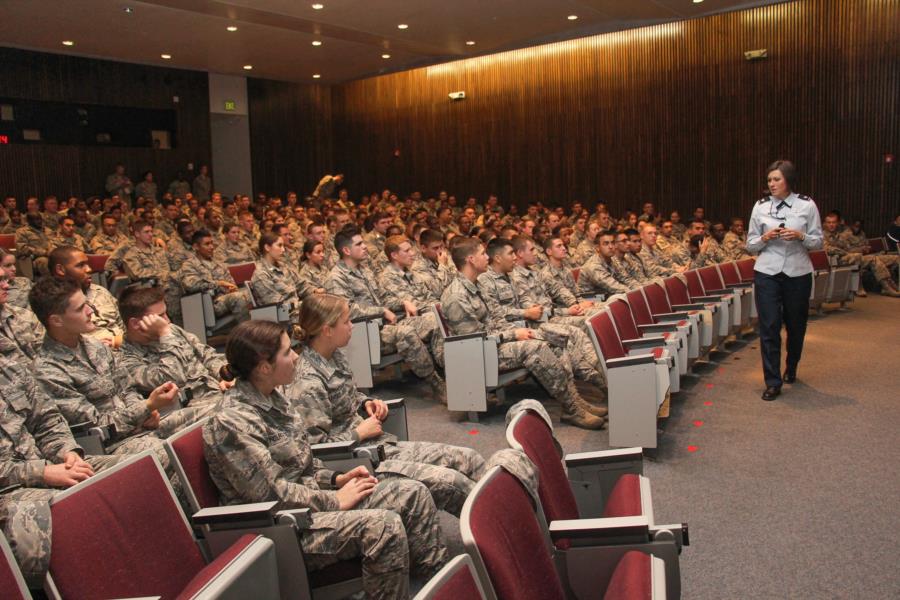 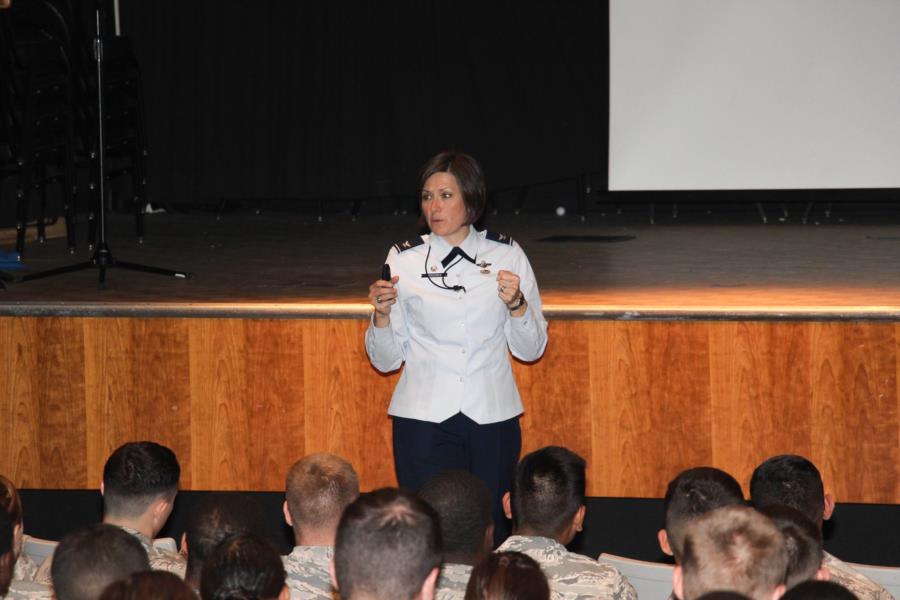 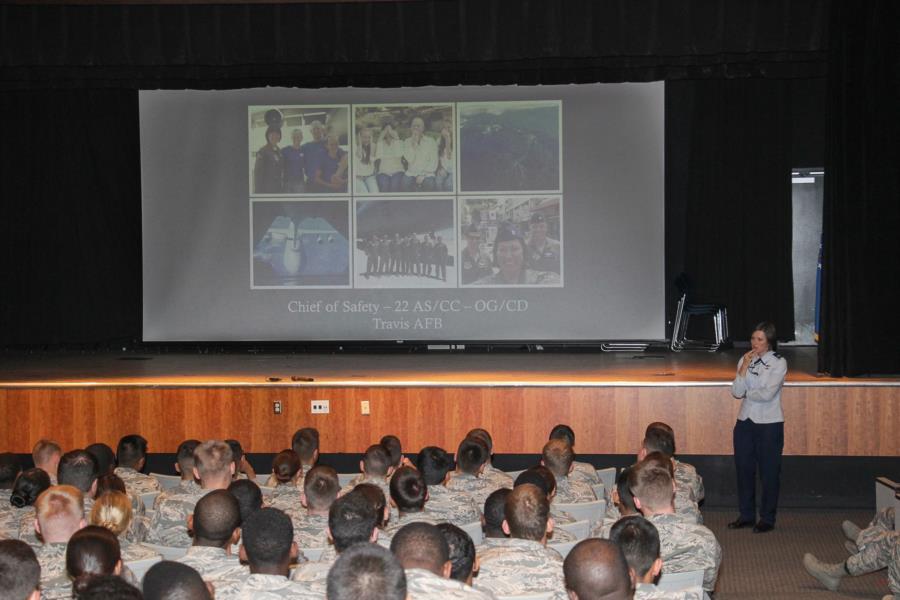 After talking about her career and what the Academy was like for her when she was a Cadet she opened the floor for questions and after the segment was done the C/C's were able to ask her one on one questions as well. 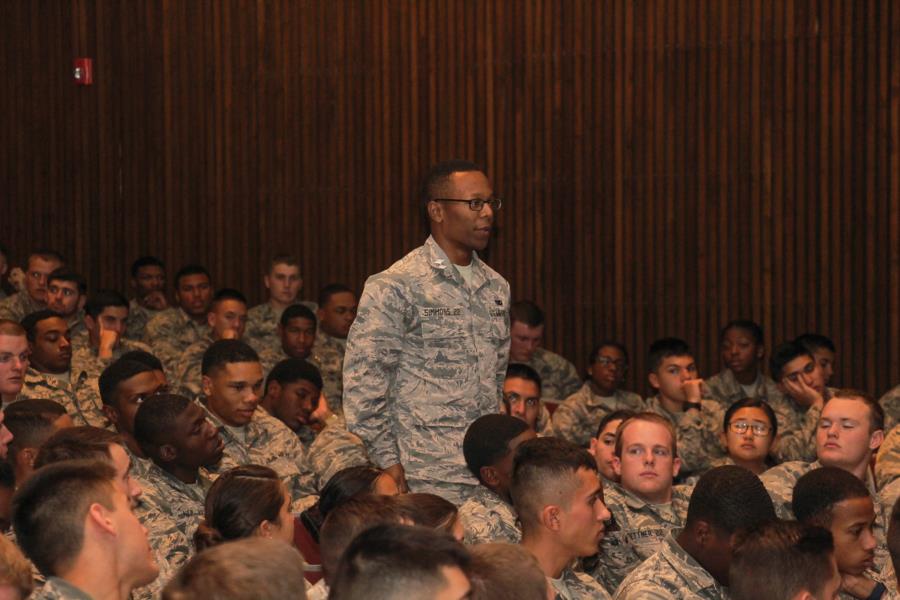 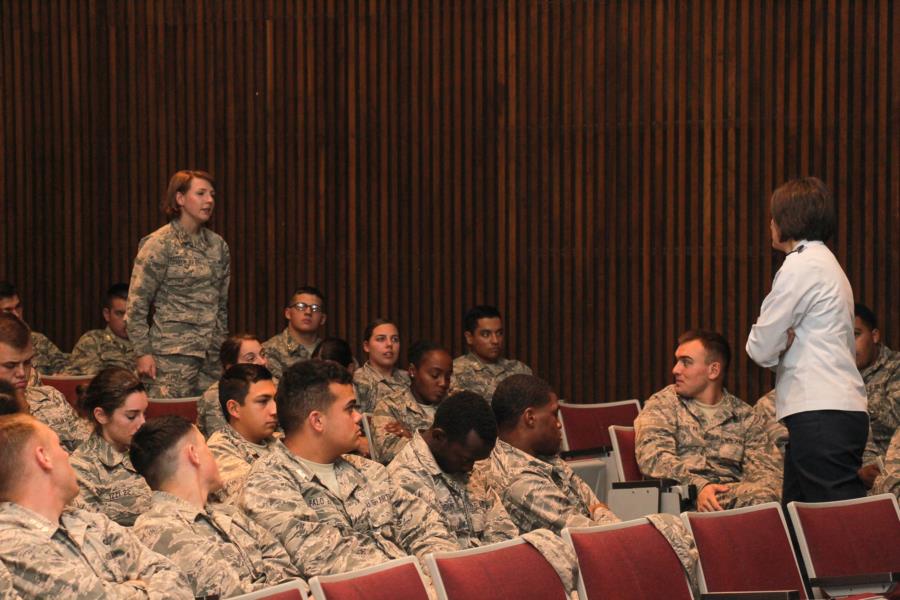 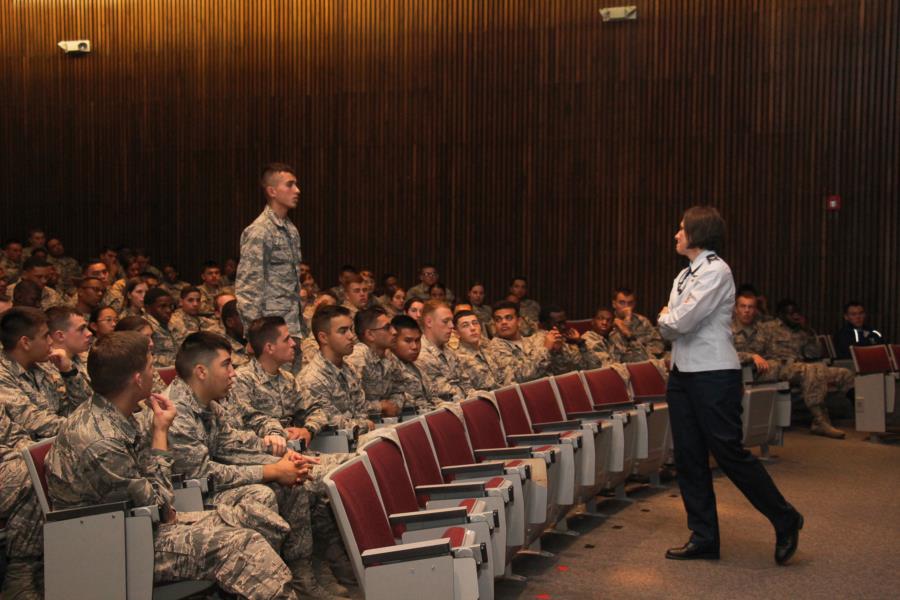 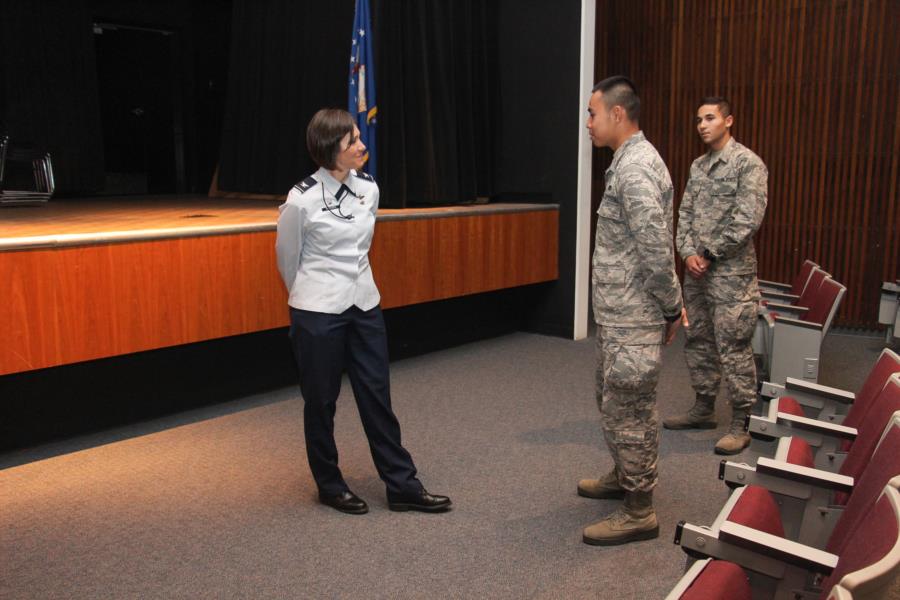 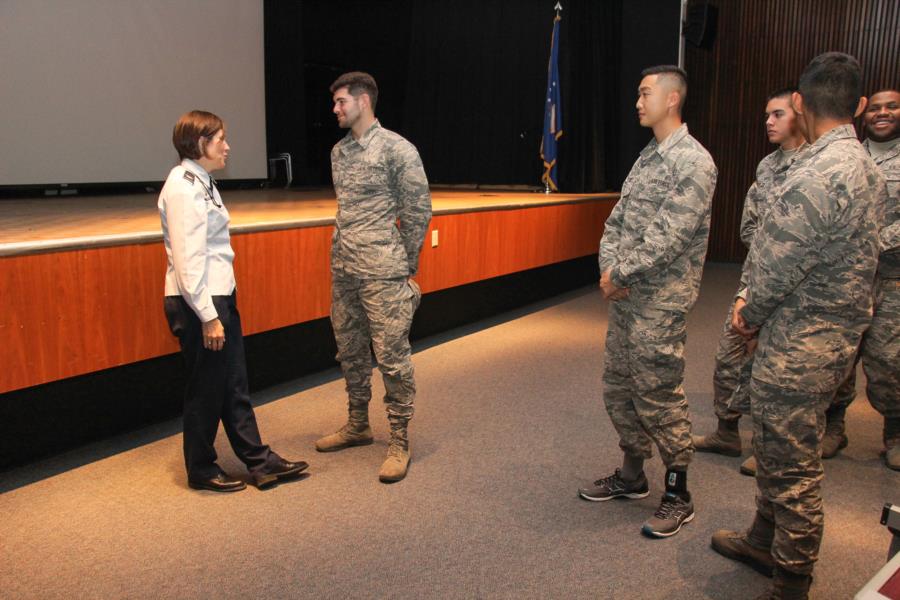 Col Breeden also shared a video of one of her take offs in the C-5. Fun fact: Did you know it is harder to taxi the C-5 then fly it?