Today is a very lite coverage day in BMT land.  There were intramurals again this morning, but this afternoon was all briefings.  Since we covered intramurals yesterday, our only photo opportunity today will be the class photo later this evening.  That being said, I do have something cool to share with you today.  Last evening was the annual BMT Jody Competition. 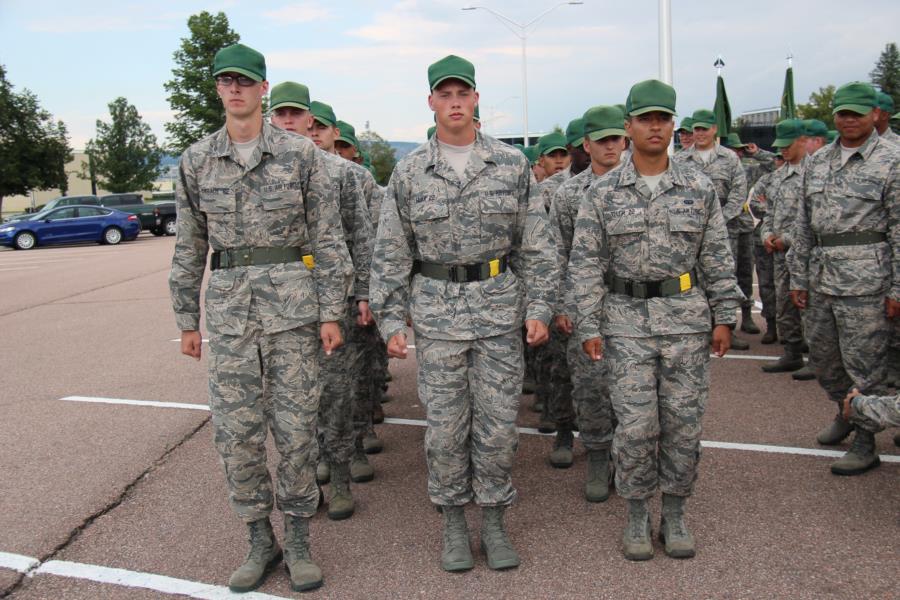 Who or what is Jody Anyway?

Anyone with a military background knows the answer to this question, but since this is the first military experience for many of you, I will explain.  According to www.army-cadence.com, "In the United States Military cadences sung by marching or running soldiers are often dubbed “Jodys” or “Jody calls”. This name “Jody” refers to a recurring civilian character, the soldier’s nemeses, who stays home to a perceived life of luxury. Jody stays home to drive the soldiers car, date the soldiers girl friend, hangs out with the soldiers friends, and eats mom’s great cooking.

These Jodys have been seen in popular movies such as Stripes, An Officer and a Gentleman, and Full Metal Jacket.

Common themes in Jodie Calls include

Home Sickness
Gripes about military life
Insults of other units, services or the enemy
Battles, exploits, or events specific to one’s own unit
Humorous references

While obscene, offensive and violent jody calls were previously the norm, they are now almost unheard of. Previously “R” rated Jodies have been cleaned up and modified making them acceptable for a wider audience.

There are currently no “official” female versions of Jodies, other females who take the female soldier’s boyfriend, ect…, I expect one will materialize soon.

Other suggested names are Jenny, Jacky, or Jane."

So there you go.  Now you know.  Last night's competition was between "All-Star" teams from each squadron and judged by the staff and cadre.  Here are the performances.

Want to know who won?

Congratulations to all!  These "kids" have come so far in such a short time.  I see it happen every year and it never ceases to amaze.  Whait till you see them on Parent's Weekend.

Ok, this is it for blogging today.  Like I said, it is just a very lite photo opportunity day.  It happens.  We all all slaves to the schedule.  Tomorrow will be very lite as well as the main activities are briefings.   Tomorrow night is the drill competition however.  You will enjoy seeing that and we will be there to cover it all.  The pace will pick up Thursday through the end of BCT on Saturday and there will still be lots of photos to come.  More about that tomorrow.

Until then, enjoy the videos here and the photos from last night that are up in the BMT gallery.

Back at you tomorrow!