Happy Sunday.  As promised all the photos are up from last night.  I said they would be up in the morning.  For you east coasters, it is afternoon, but it is still morning (barely) in Colorado.  Ok.  I admit it.  I slept in a little.   I have lots to show and tell however and there are 1154 photos from yesterday afternoon and evening now up in the gallery for your viewing pleasure.

Let me tell you a bit about what you will see.   After the retreat ceremony, I took photos and video of drill practice.  The Basics are really improving.  Sometimes the look awesome, and sometimes not so much, but they are really working hard at it.  The Priors are their mentors.  All of this effort is aimed at two events.  One is the drill competition between the squadrons that will happen next week before the end of BMT.  This competition counts toward the BMT top squadron award.  The second event is the parade at Parents Weekend.  You will be amazed how at well they do there with you all watching. 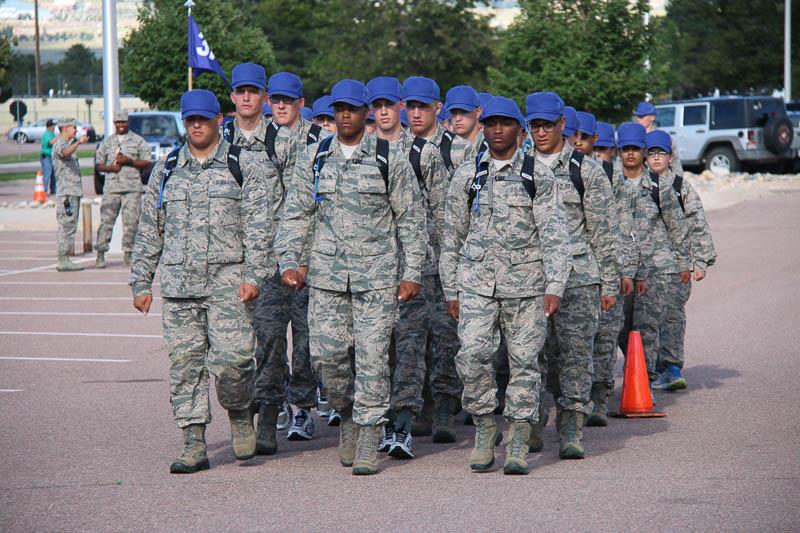 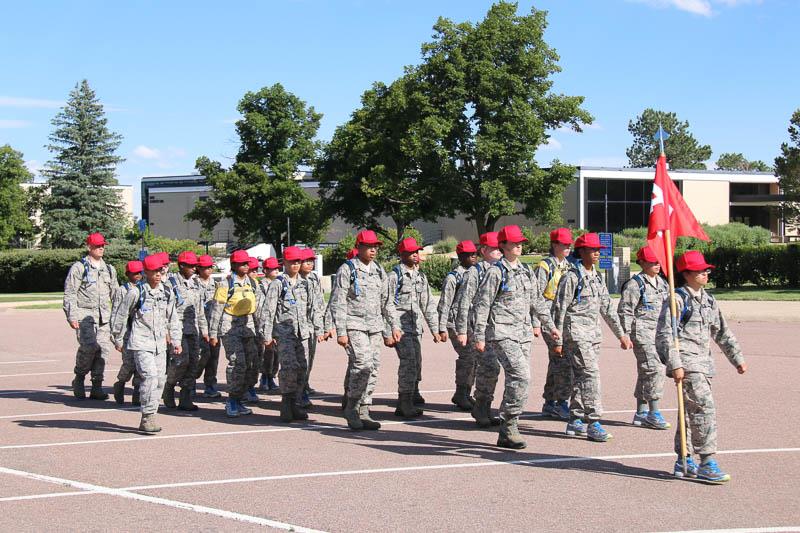 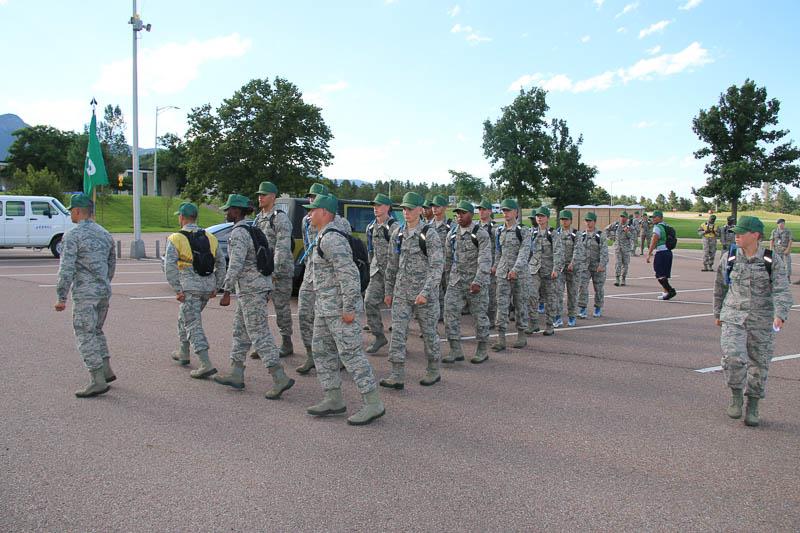 After dinner, it was time for Husky Tours.  This is an annual BMT event and one of my favorites.  The Basic were divided up into three groups each containing one flight from each squadron.  The three groups rotated during three stations.  One was on Black Field (the parade field), another was next to the F-100 display, and the third was behind the Bravo squadron dorm.  Each station was lead by a MTO (Military Training Officer) and consisted of physical training (of course), and also a lesson about a USAF person of distinction.   The total training time was about 2 hours.  The environment was rigorous, but also somewhat relaxed.  There were lots of smiles as you will see in the photos below as well as in the gallery. 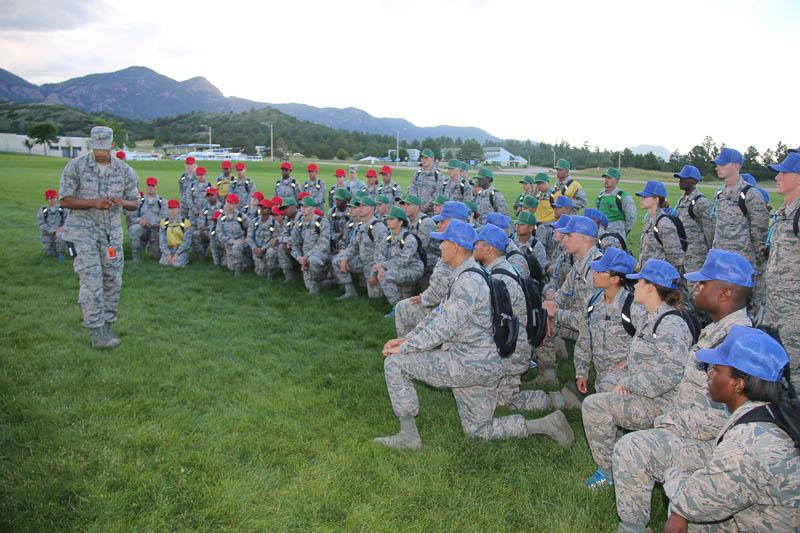 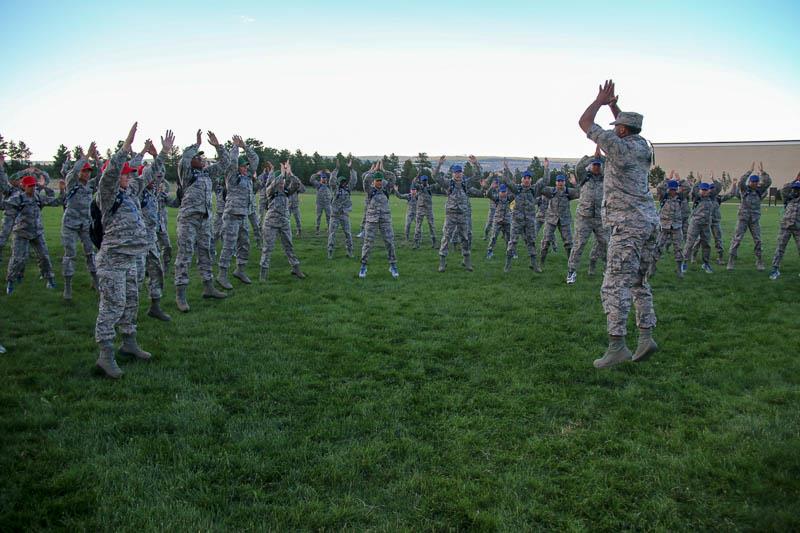 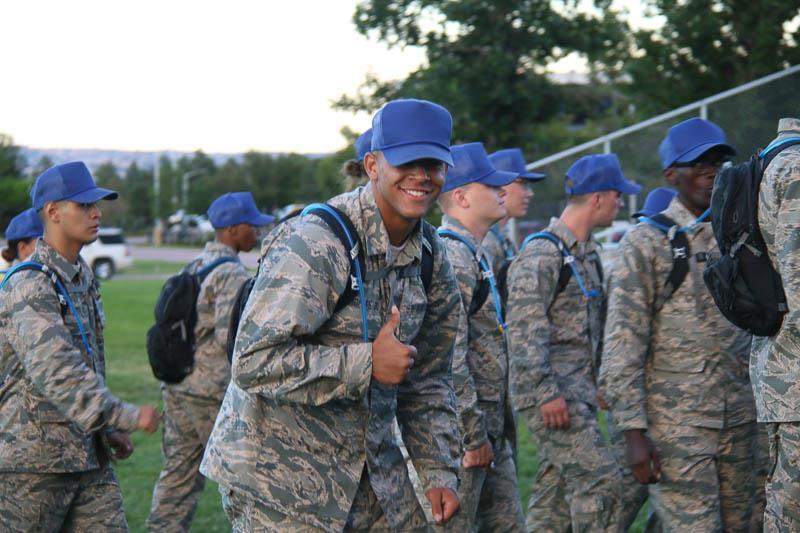 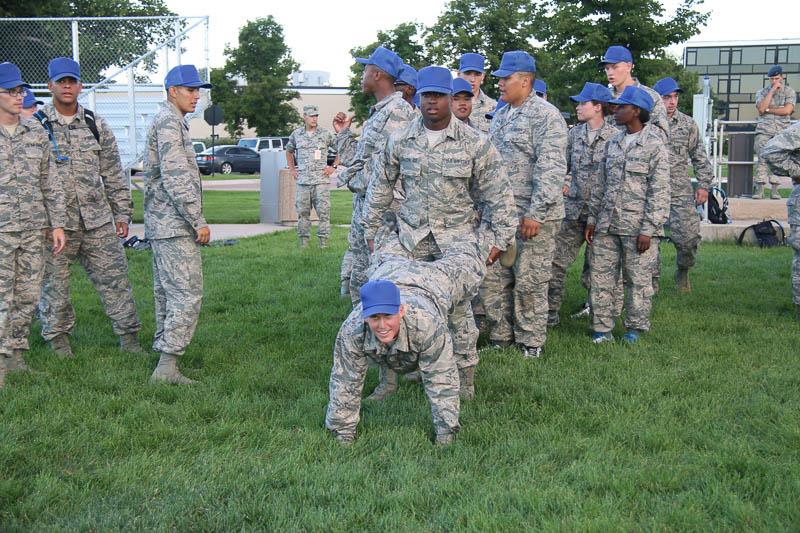 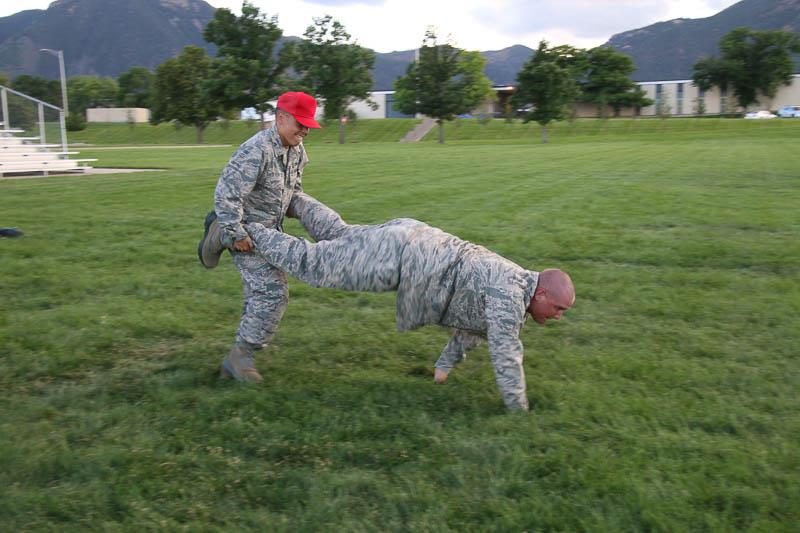 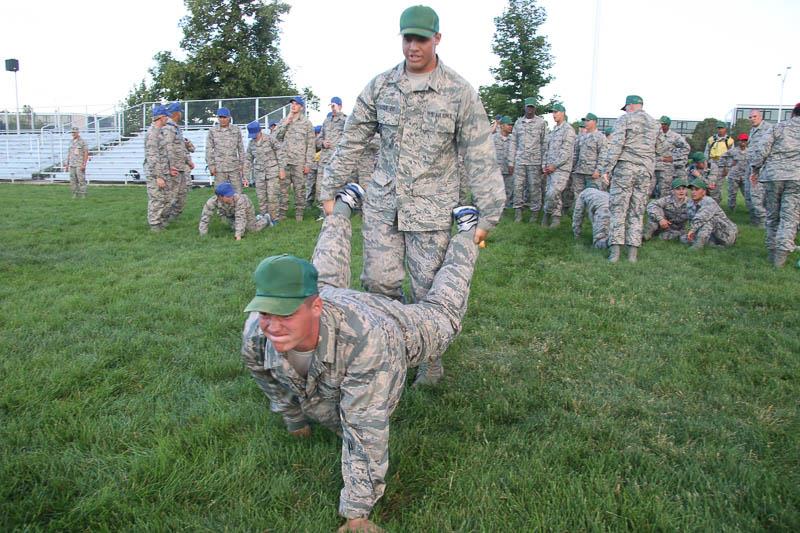 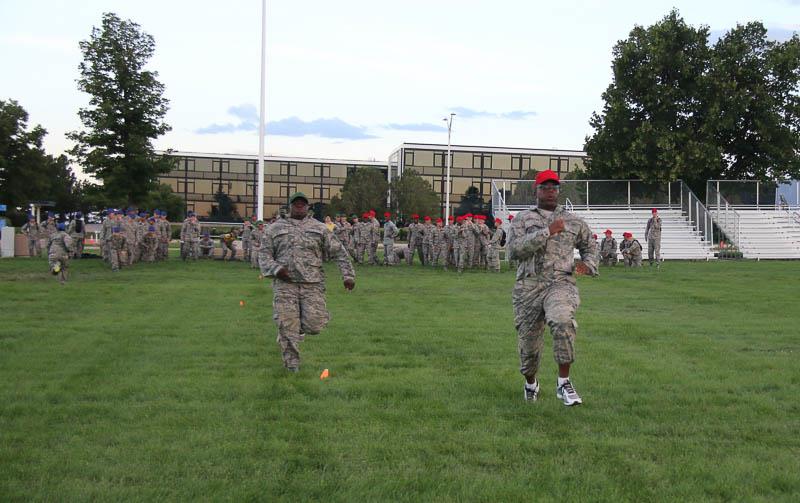 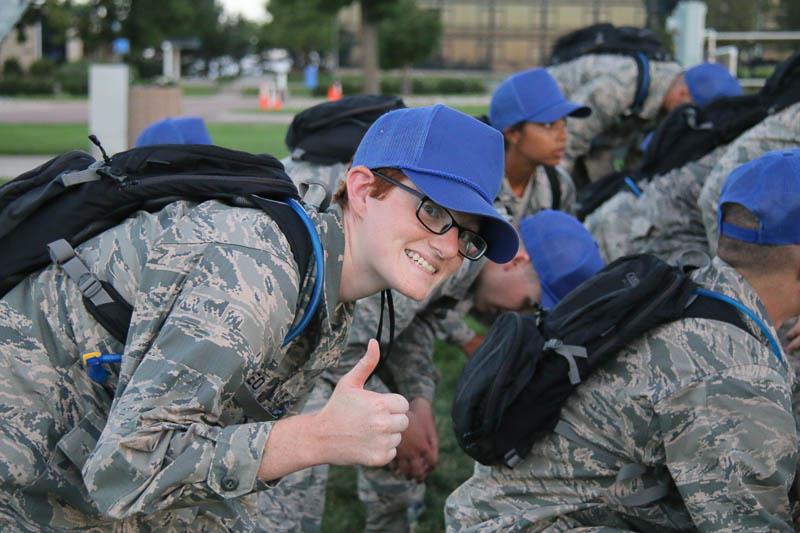 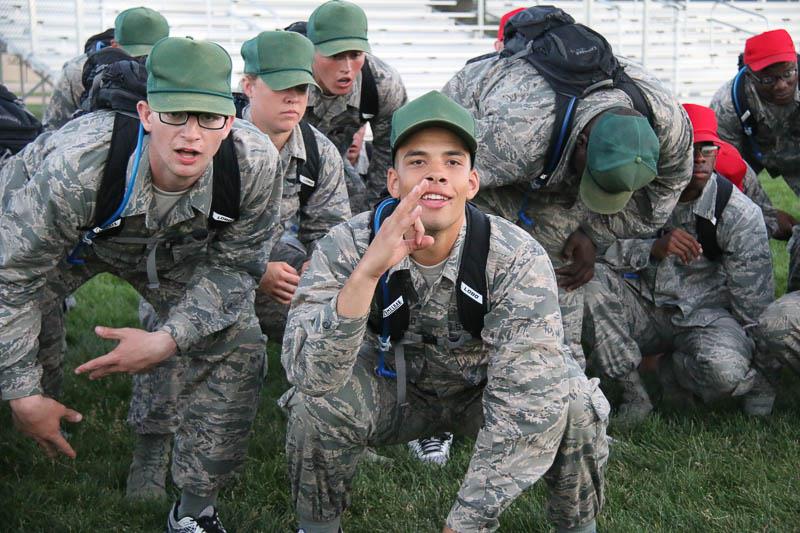 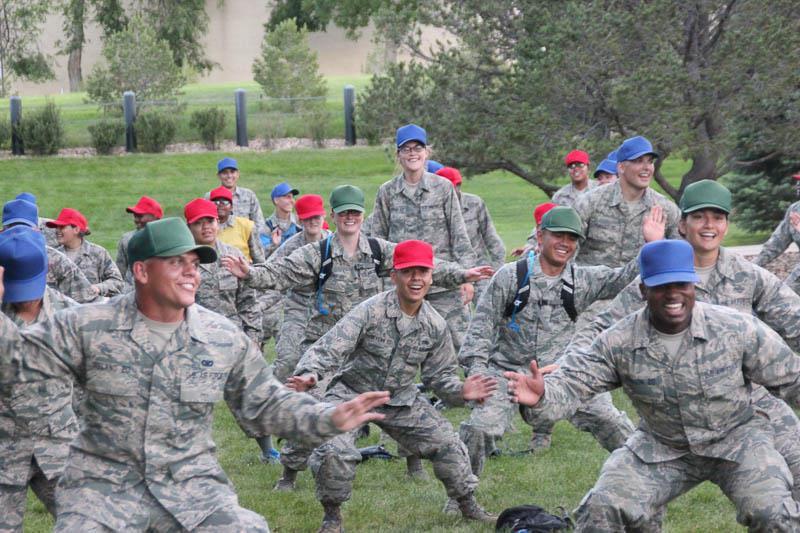 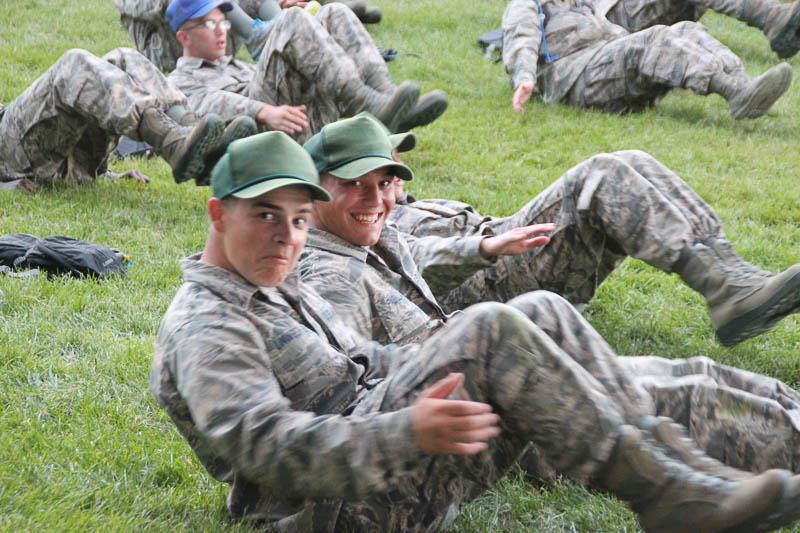 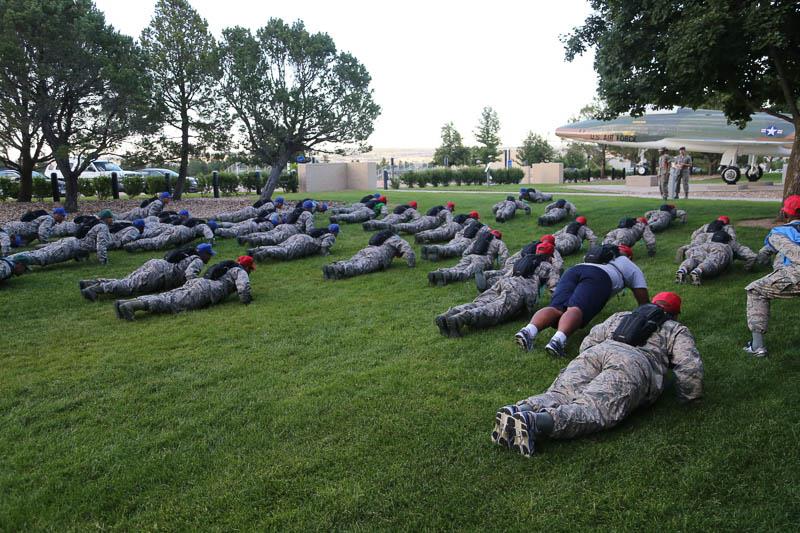 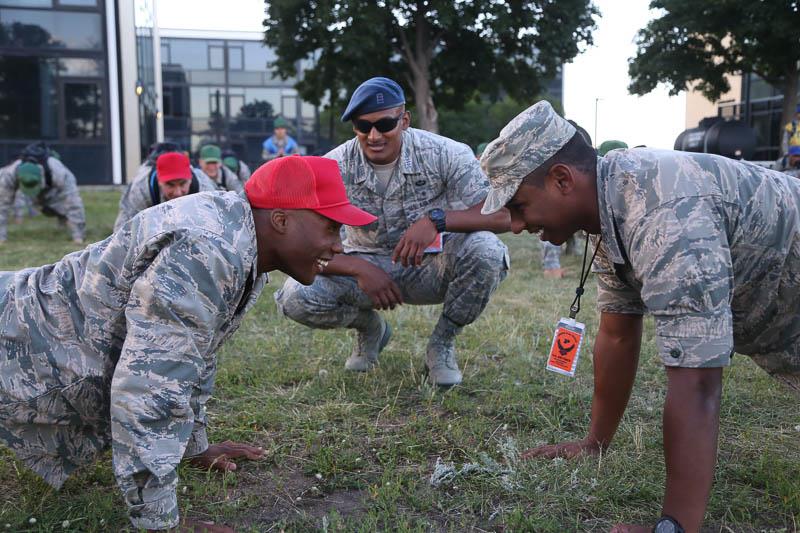 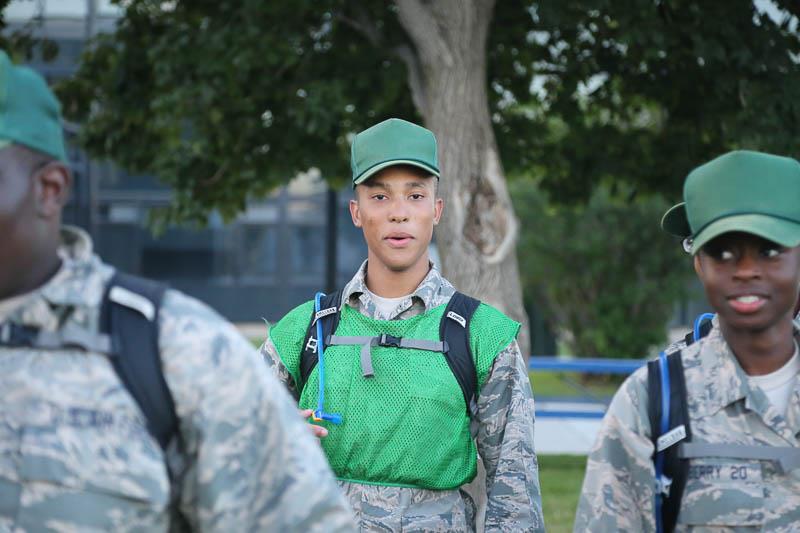 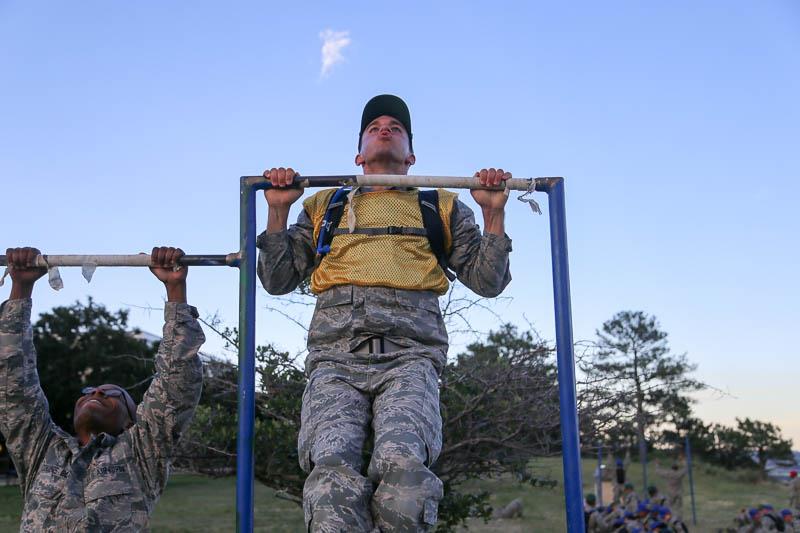 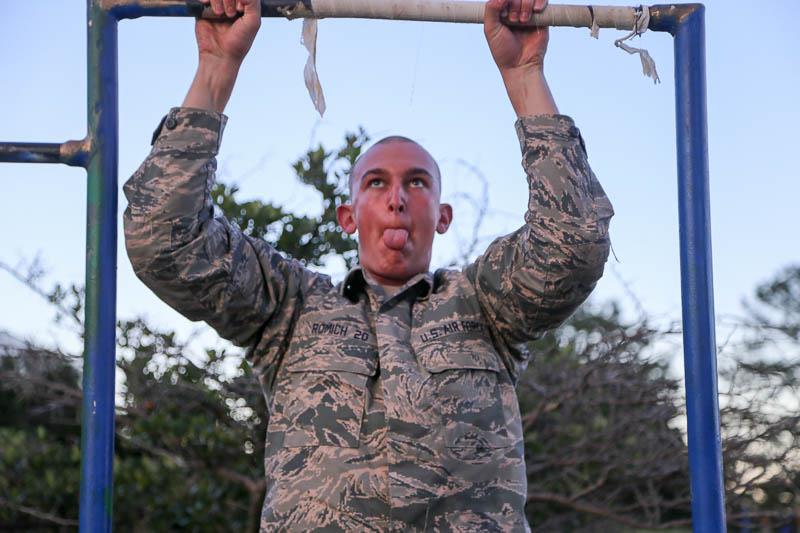 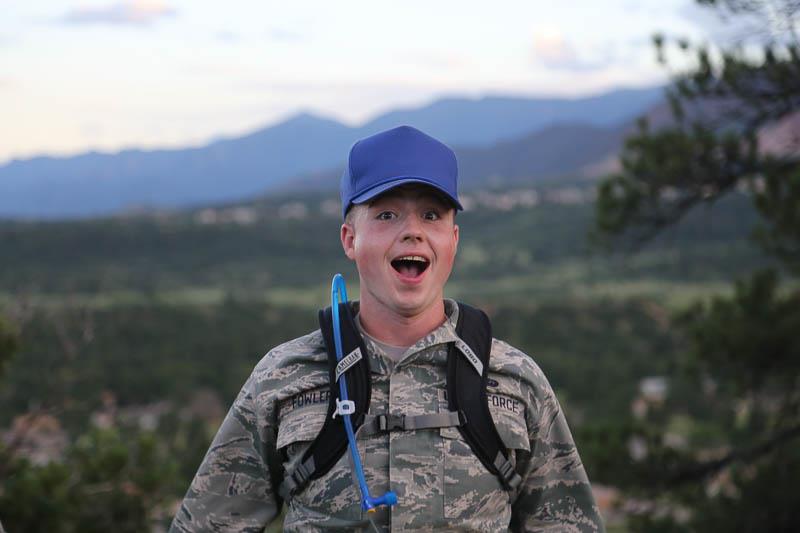 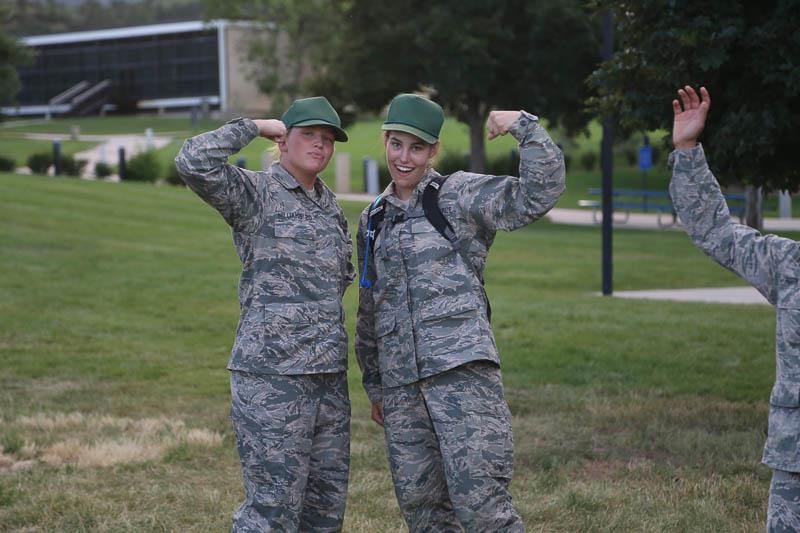 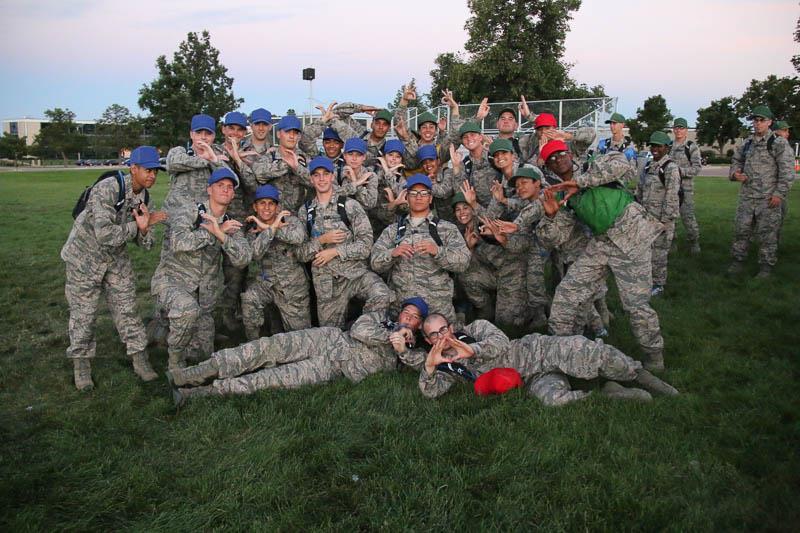 It is so awesome to see them all coming together as a team.  It happens in such a short time.

Ok.  Next subject...   As I have been hinting, unless something happens, the Basics will get their cell phones back in order to make a 15 minute phone call sometime between 4pm and 5pm (Mountain Time) this afternoon.   If they don't have a phone, someone will lend them one.  If you get a call from a strange number during that time, I suggest you answer it.   That being said, I would like to pass along some advise, not as WebGuy, but as the parent of a Preppie & Cadet.  (My son is an '04 Prep School Grad, and an '08 USAFA Grad).  I have walked many miles in your shoes.   It is my sincere hope that your call will be a happy one and leave you reassured.  Not all of them will be like that.  Just like our photos are a "snapshot in time", so will this call be.  Whatever their emotions are at that time, they will pass.  Some of your kids will not call you first, or at all.  Some will call the girl or boyfriend first.  They only have 15 minutes.  Try not to take that personally.  Try not to get every question answered in that short time.  Whatever the type of call you receive, be supportive and listen.  Resist the temptation to try to fix things if they are sad or emotional.  That is all natural.  Also PLEASE DO NOT give them news that might upset them and is out of their control to do anything about right now.  BMT ends next Saturday.  Let's help them all finish strong.   They are awesome people and they are making your proud.

So that is it from me.  We will be out there tonight with our cameras while they are on the phones, so you will get to hear them and then later tonight you can see their faces.