WebGuy finished editing Prep In Processing Day photos. The first photos in the InProcessing album that you will see is the new Prep Cadet Candidates going to their squardron for the first time and being met there by the Cadre (blue beret) and MTI's (black brimmed hat). 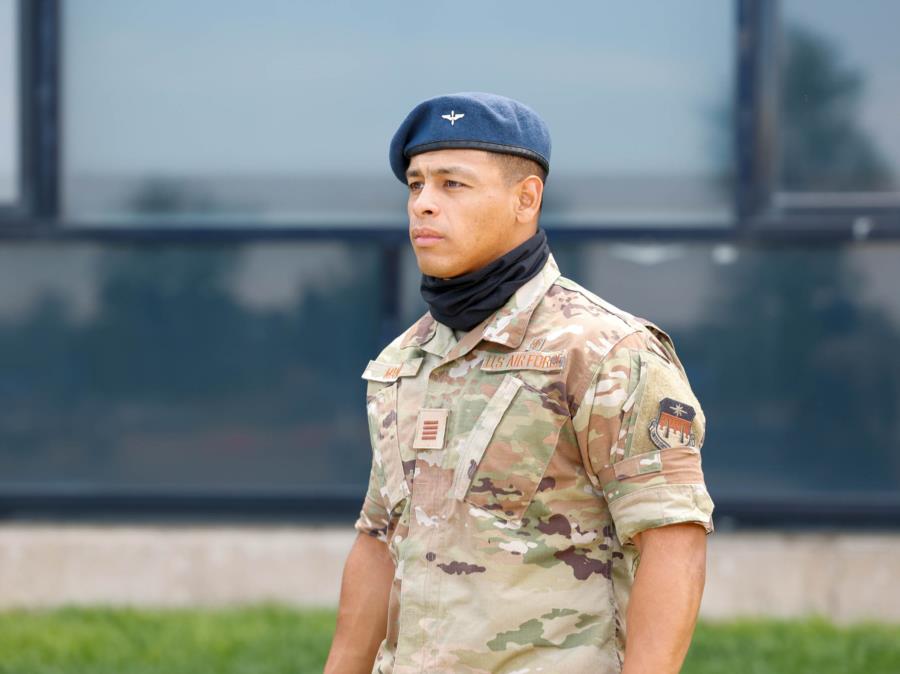 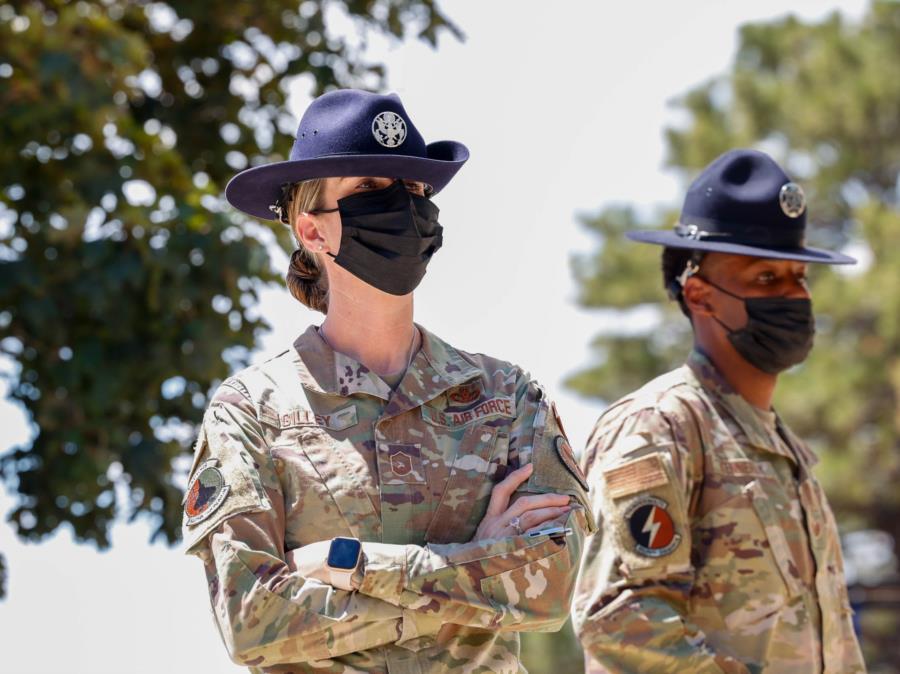 The cadre are Cadets at the Academy helping run BMT (basic military training) and several of them were once Prep CC's themselves. MTI's are military training instructors that are assigned to the USAF Prep School from Lackland AFB, San Antonio for the duration of BMT.  The MTI's help train the Cadre on drill, ceremony, standardization, evaluation, and military protocol.  The Cadre then train the Prep CC's on all of these aspects keeping the training for Prep CC's as well as Basic Cadets uniform within the Air Force military training standards. 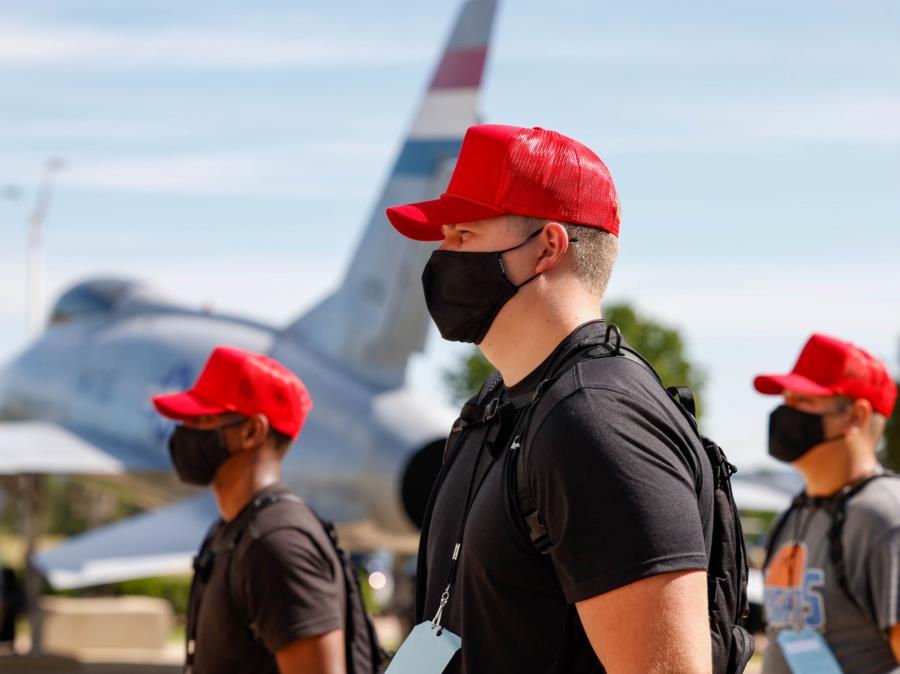 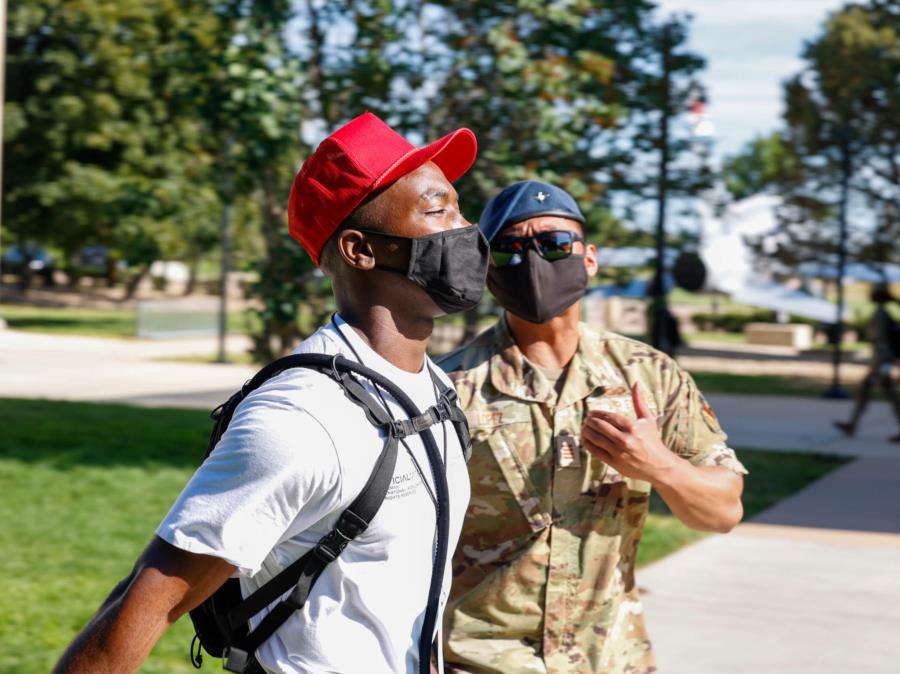 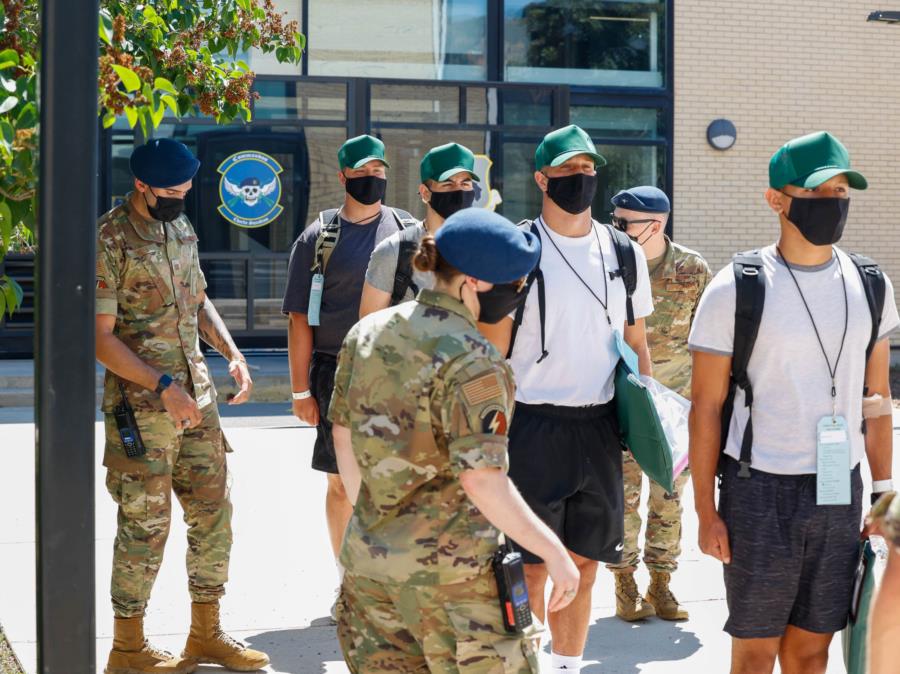 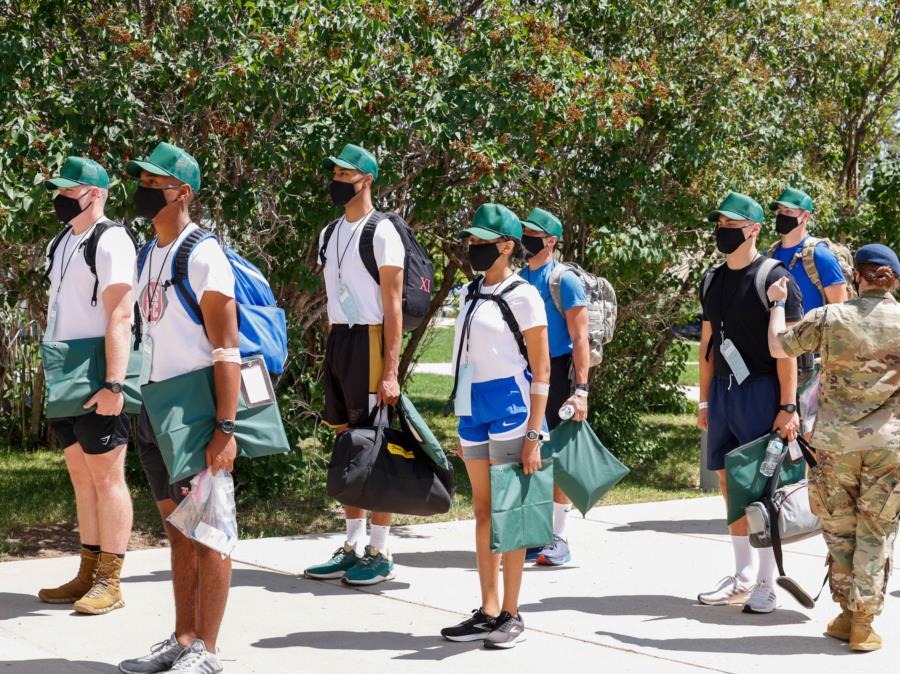 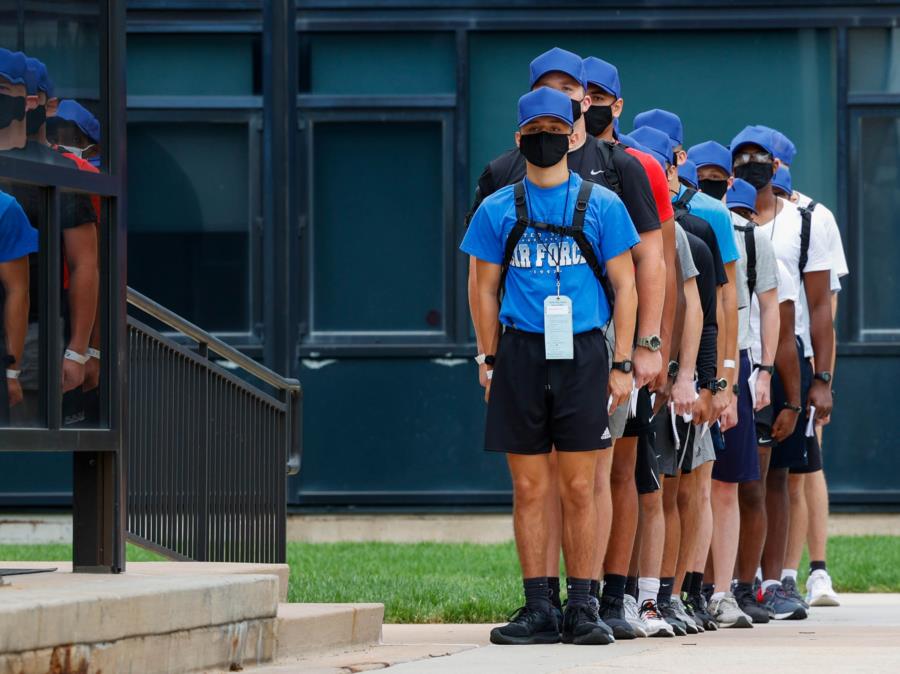 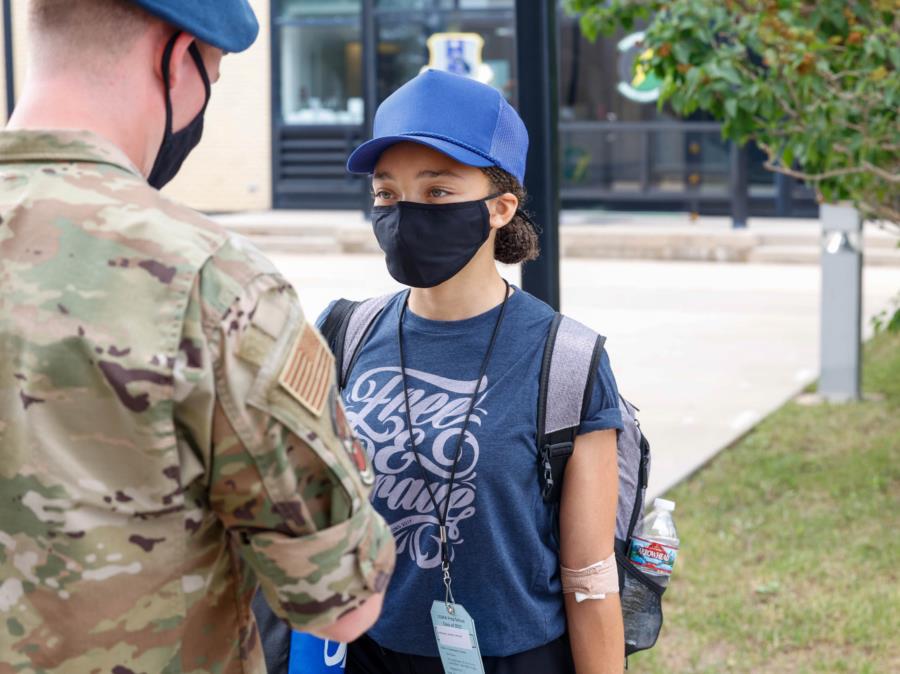 The final location that WebGuy photographed was when the Prep CC's were issued several uniforms such as physical training (PT) gear, winter jackets, hats and the Airman Battle Uniform (ABU-camouflage uniform). The  photos are sort of grouped together by gender due to most of the womens clothing issue being done on the second floor of the Gilbert Center.  You will aslo see several men and women in the ABU (camouflage uniform).  They are active duty personnel, Prep School staff or Prep School CC's that were prior enlisted.  The prior enlisted CC's were tasked to help where needed during In Processing. 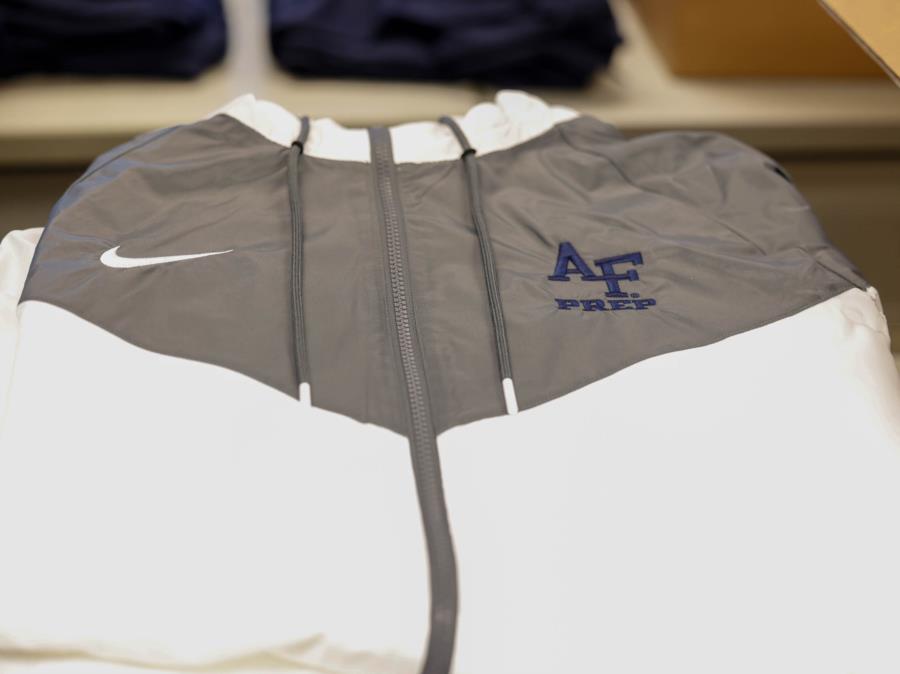 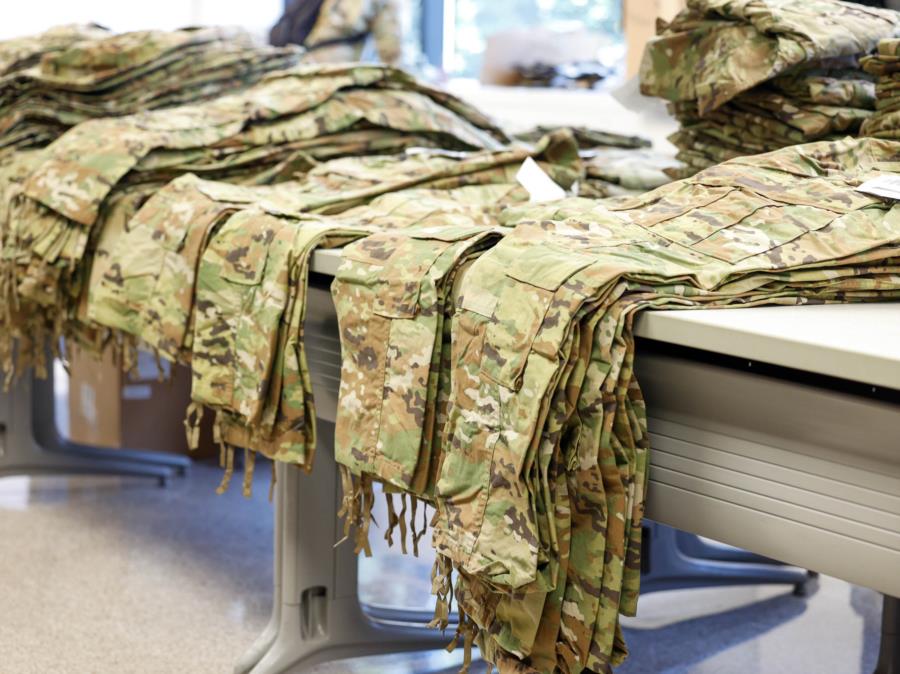 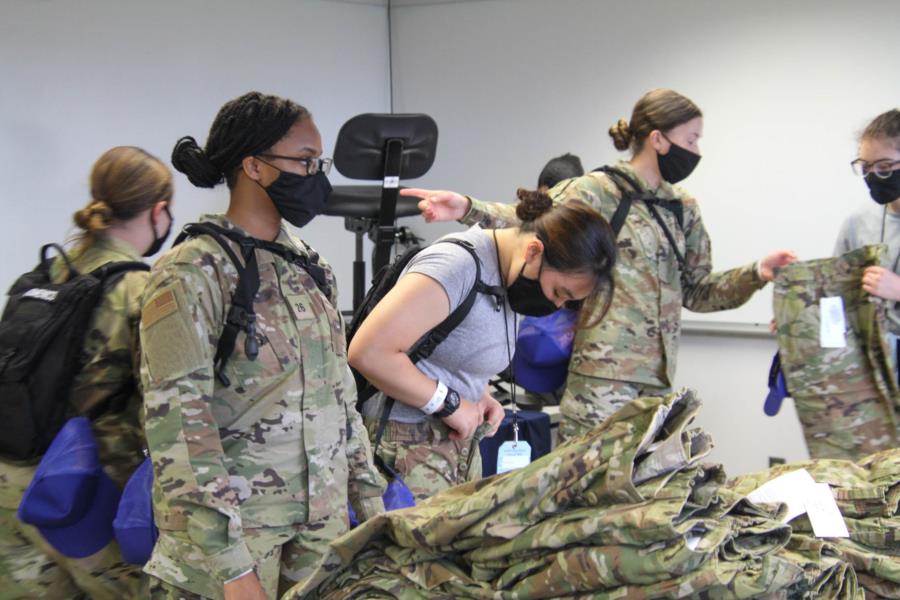 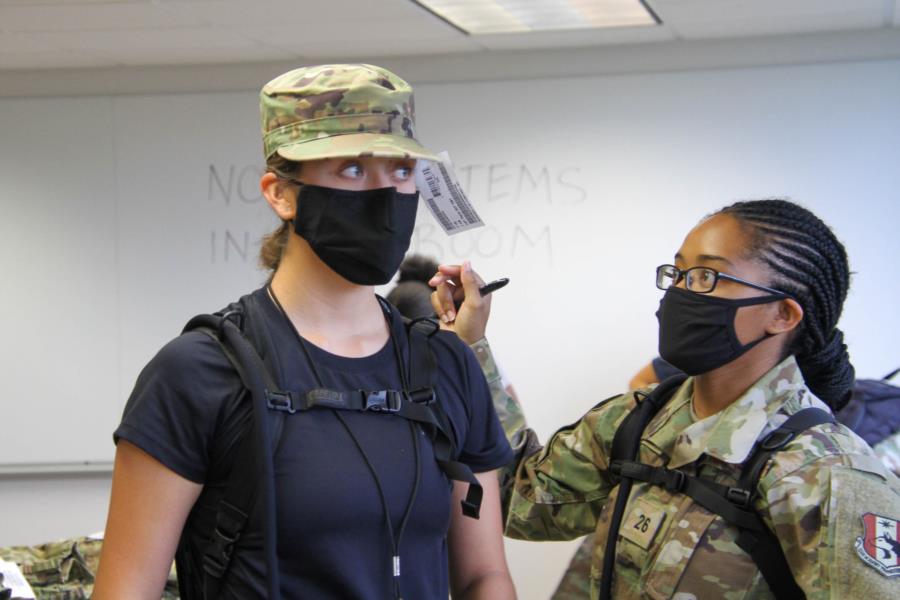 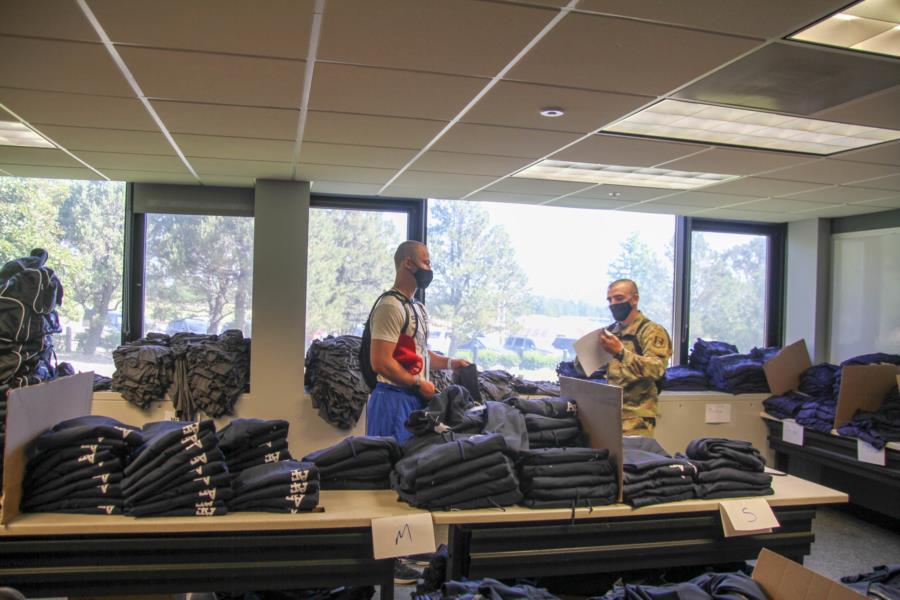 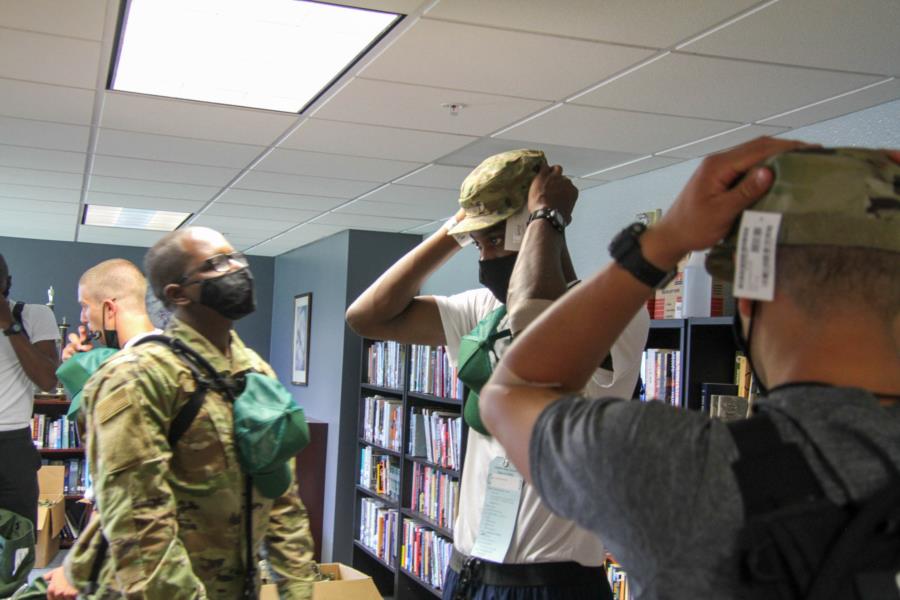 We hope you enjoy the photos and enjoy the new game of "Where's my Preppie?"  It will get easier as BMT moves forward because there will be times when WebGuy will be able to separate some activities by squardron.  Some activities will be posted as one group when we are unable to separate them into individual squadrons.  In those instances the colored hats will definitely help you at least narrow down your search. Most of the photos yesterday and today will be loaded in order of squadron within each catagory.  For those looking for their prior enlisted Prep Cadet Candidate, they are mostly in their squadron, but some photos were taken as they moved about the campus since they were in-processed first. So you might find them if you look through all the photos and not just in the squadron you were told they would be in.

*** Note: This weekend WebGuy will not be covering any events.  The Prep School is  keeping the squadrons separated as much as possible for the first few days per CDC guidelines which the Department of Defense (DoD) is following. The Prep CC's are mostly doing academic assessment and briefs by Prep School leadership. WebGuy coverage will pick up again this coming week when events that WebGuy can photograph begin to take place.

To view photos, go to CLASSES > PREP SCHOOL > Inprocessing.  Set your photo order at the top of the page OLDEST to NEWEST.  Select your start page. Or click on the links below.

*** Photo order must be set OLDEST to NEWEST for links below to take you to the correct start page.