Beginning Drill For The Preppies

It's only been 3 days, but doesn't it feel like I-Day happend a long time ago?  I know some of you are just returning home after your trek to Colorado.  Today's coverage focus in on drill.  The Basics will spend a lot of time during BMT working on that skill.  It will be a repeat for the Priors, but they will help the newbies learn.  Why is drilling so much a part of basic military training you ask?

Basic Military Training is all about moving from thinking and acting as an individual to thinking and acting as a team member.  Regardless of the service branch, during the first couple of weeks of Basic Military Training every basic trainee will spend several hours on the drill pad learning how to perform military drill. Drill consists of certain movements by which a military unit is moved in an orderly manner from one formation to another or from one place to another. Baics learn how to march in formation together, how to change direction at the same time, how to start at the same time, how to stop at the same time, etc. Everywhere your Basic and their flight goes during BMT and in the beginning of the academic year they will march in formation.  Everywhere!

Marching as a group is an effective way to travel from training event to training event during BMT. Most of all drill is instilling discipline and order in each individual in the flight. You cannot get from A to B without moving together as a team. First and foremost, the military is a team, and being able to conform to the team's standards is critical to all members of the military.

Here are a few photos from drill. 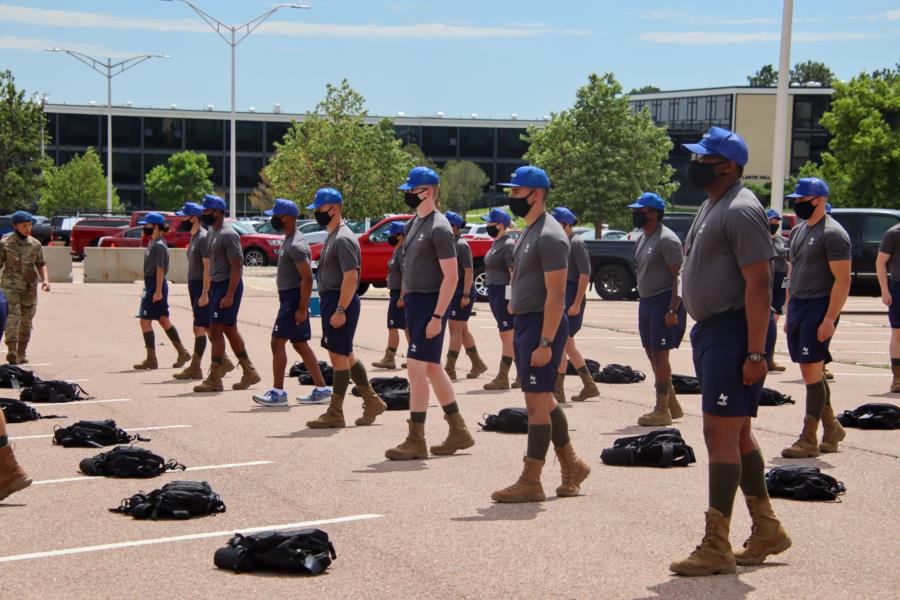 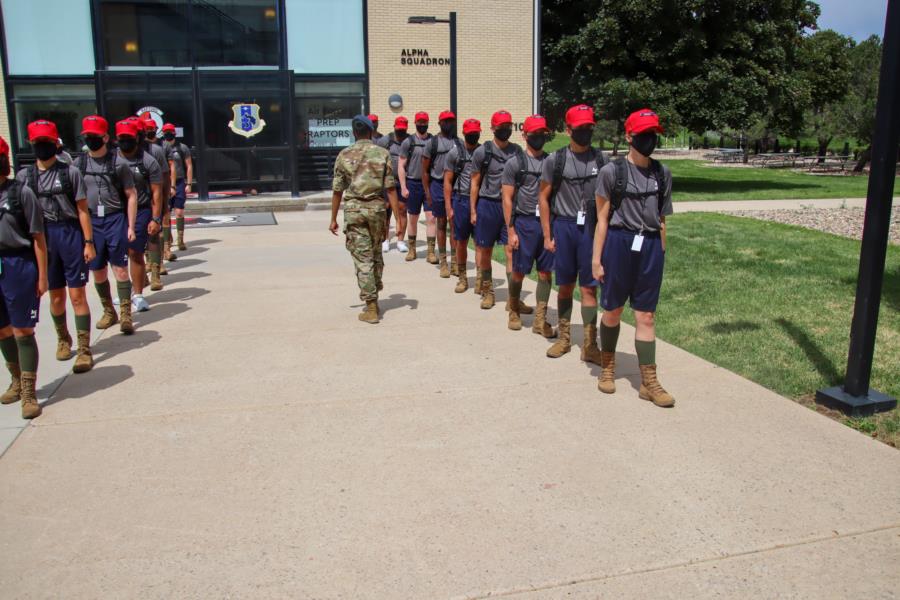 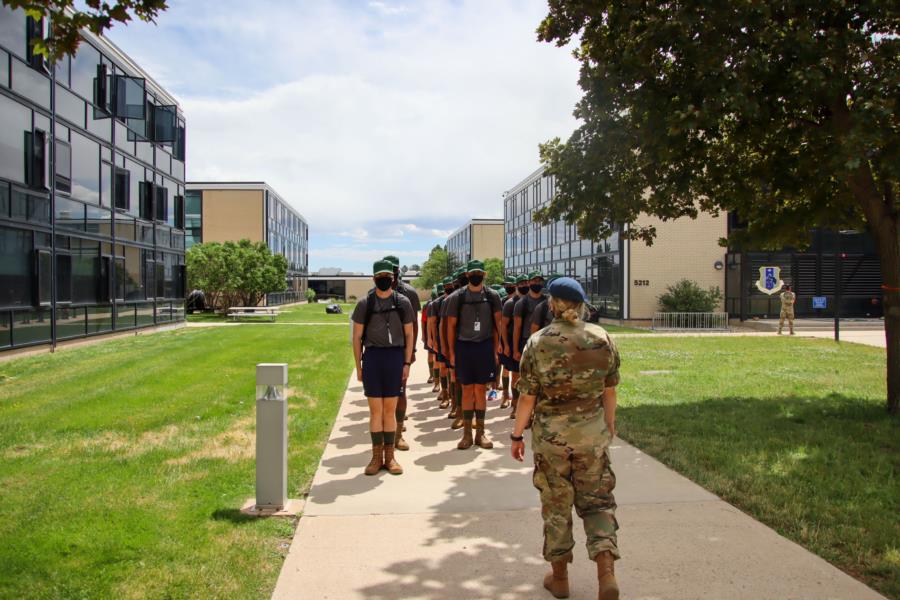 It looks like there also was some added exercise involved along with the marching. 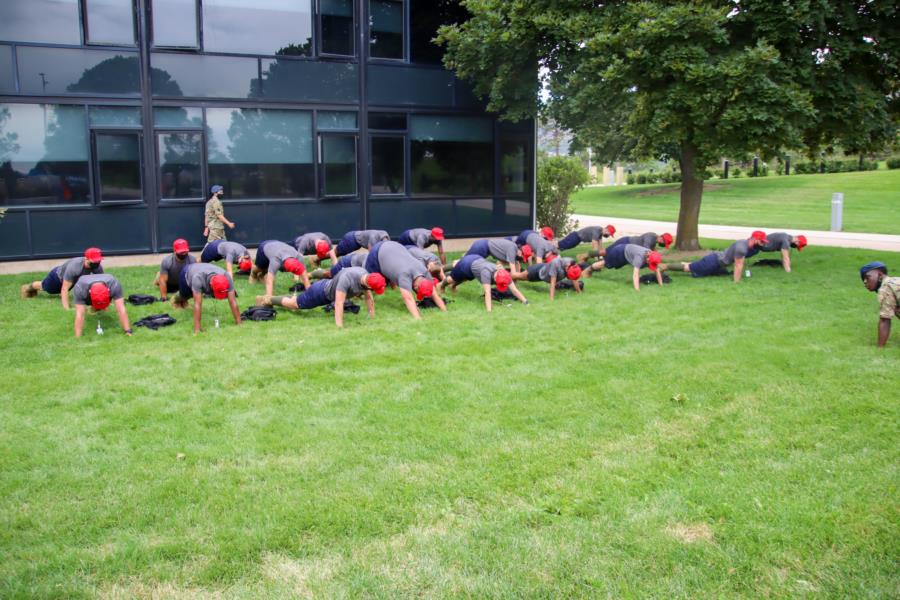 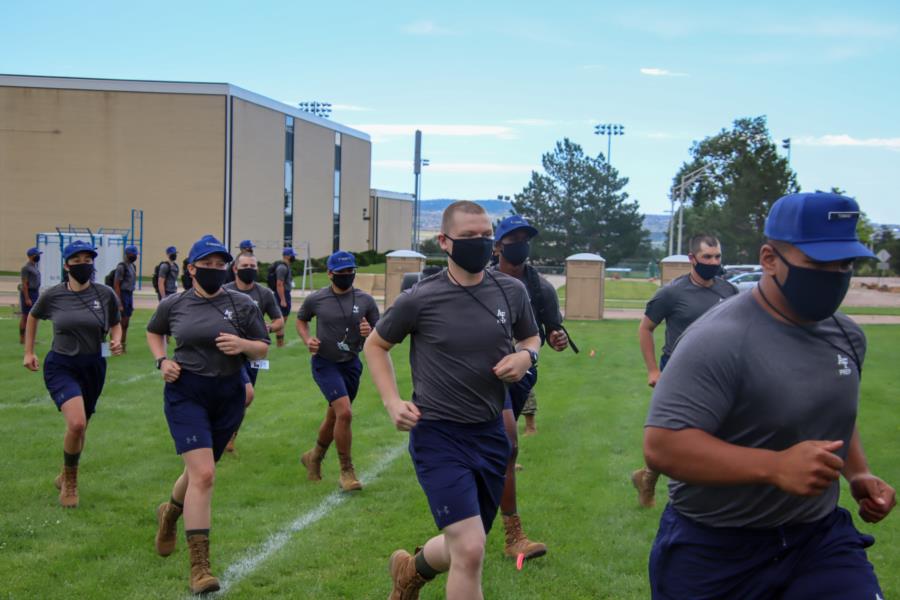 The Bravo Squad Basics below were not doing a "Pose".  Just setting a interval between themselves in the formation. 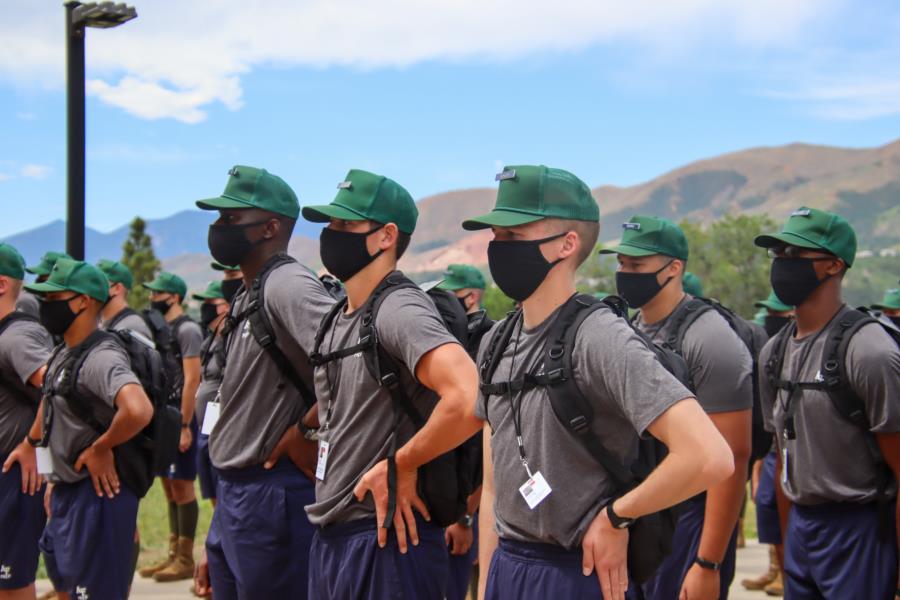 Now, to answer some questions.  You will notice that the cowbells are gone.  No need to identify Priors or Directs anymore.  They are either A Squad (Raptors), B Squad (Thunderbolts) or C Squad (Commandos) now, and they are all Preppies.  They now wear their ID badges on the lanyards.  You may also notice that not everyone is wearing boots.  That is because not everyone may have them yet.  Some odd sizes have to be ordered.  Also there may be some blisters.   BTW, Kudos to the basic in front on the right.  His cover (hat) is squared away just right.  I bet this isn't his first rodeo.

Ok.  That's it for today.  Let's see what tomorrow brings.  Today's photos are all up in the BMT ALBUM. I bet you already looked there.