For the last 16 or so years, each class at the Prep School has chosen someone who "exemplifies" the type of person the class wishes to emulate and in alignment with at the Academy the goal of the Cadet Exemplar Program is to build officers with a strong foundation in our nation's and our military's heritage in order to advance into the future as a united aerospace force.

"The history and purpose behind the Exemplar Program is to provide a clear and visible attachment to the great leaders of the past for a new generation of air leaders who will face new challenges in the next millennium and beyond. The Class Exemplar serves as the honorary leader of the class, setting its personality and character."

In attendance for the evening was the Prep School Staff, the Cadet Candidates, Cadets, friends, and finally her husband Colonel Robert Widmann who also happened to be the Guest Speaker for the evening. 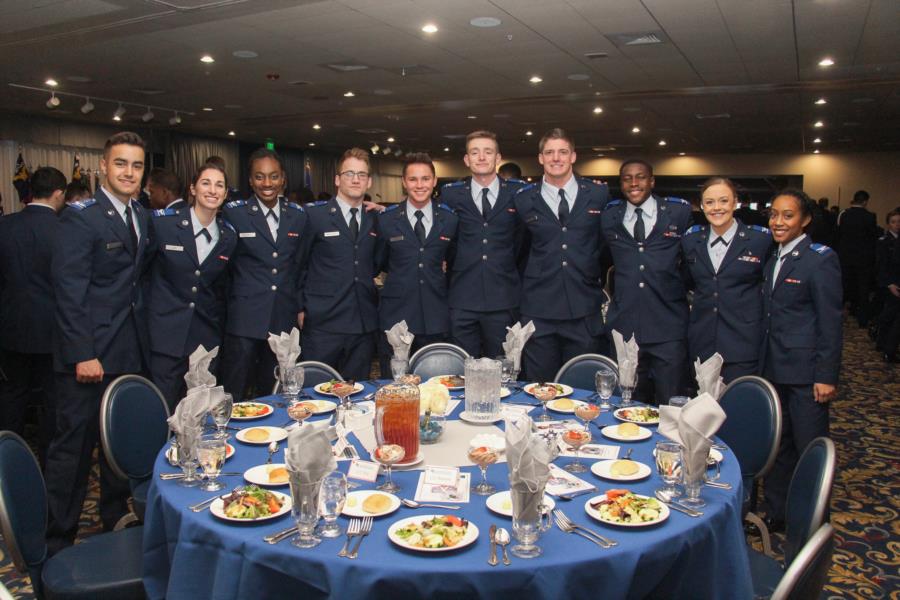 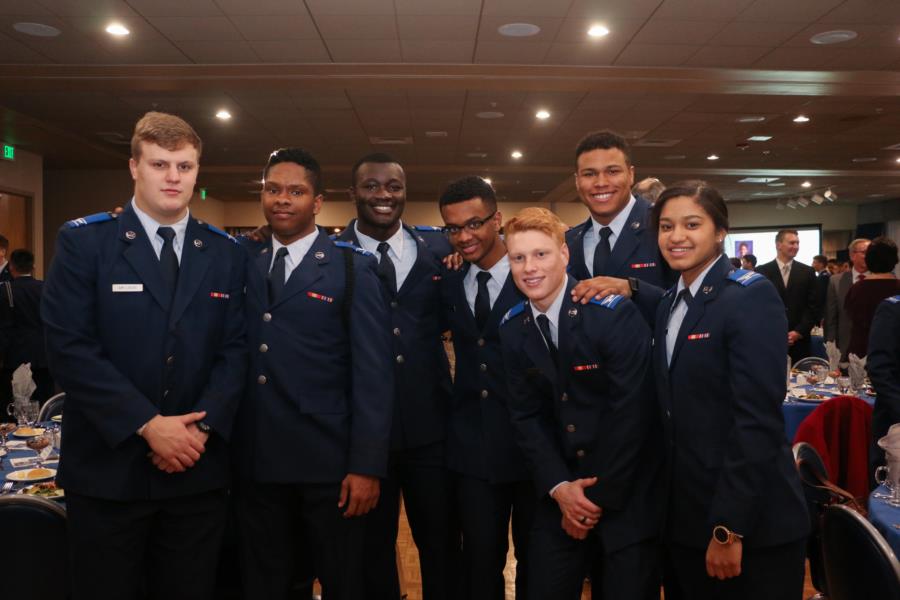 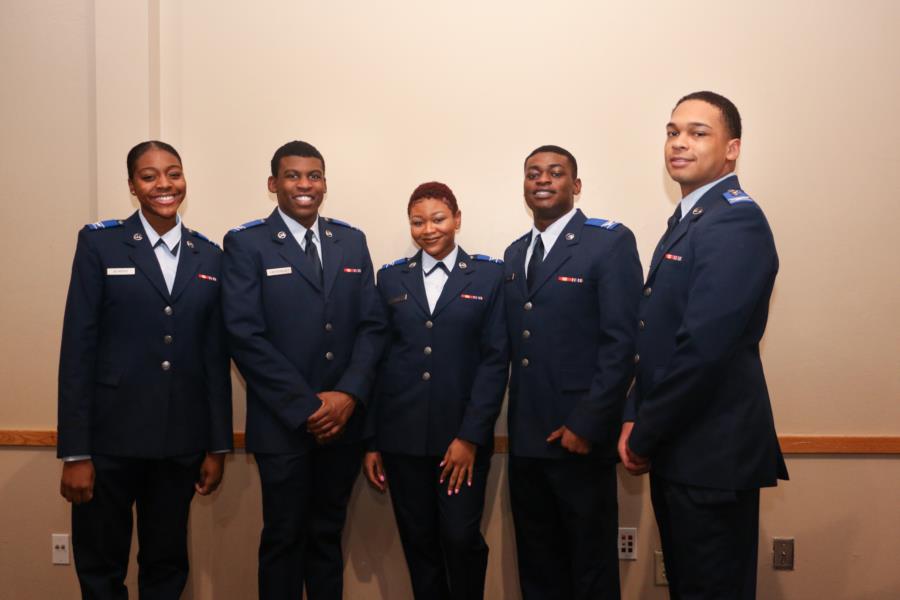 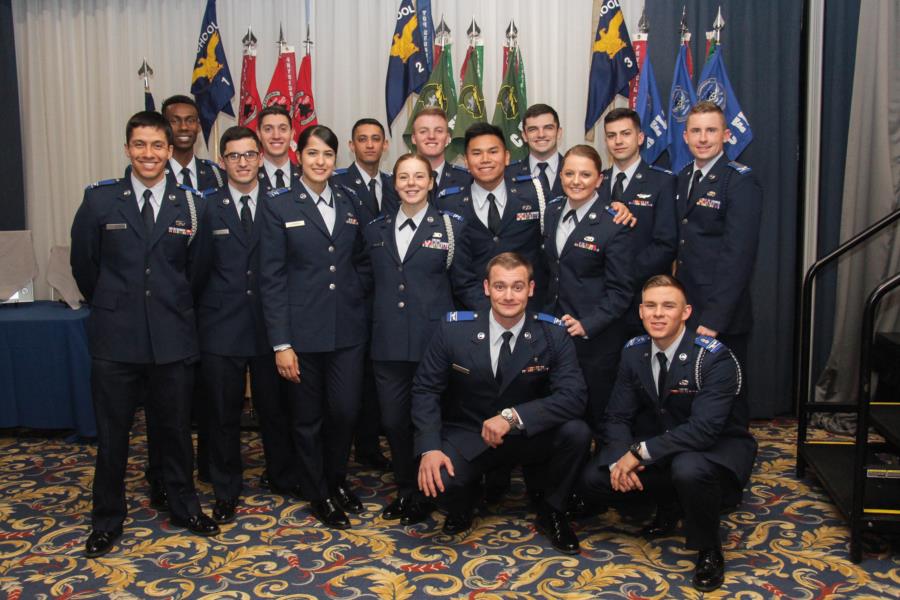 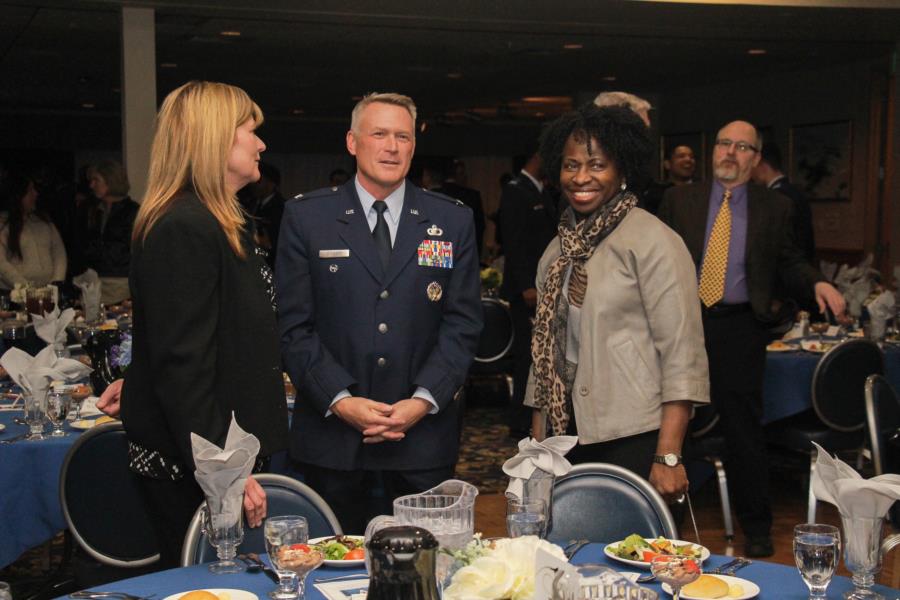 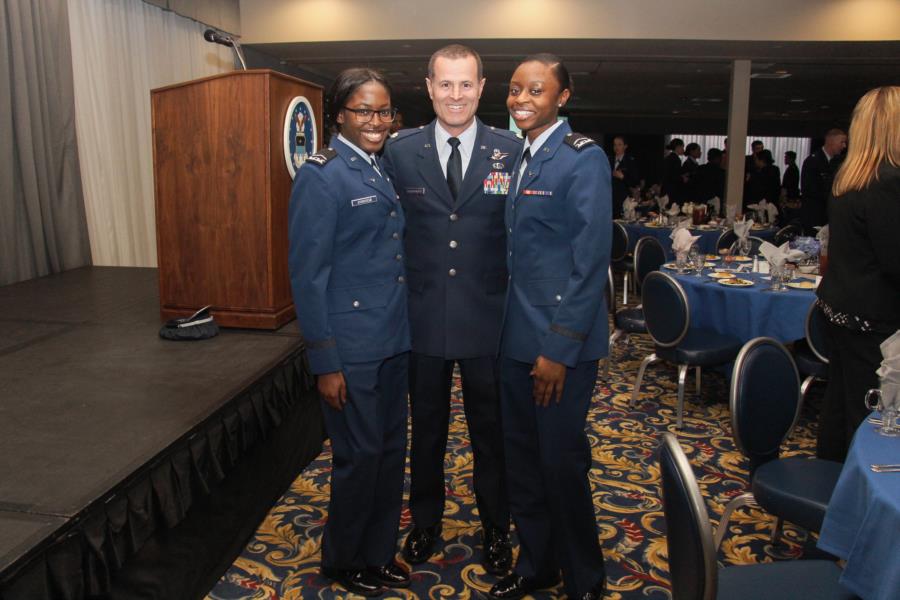 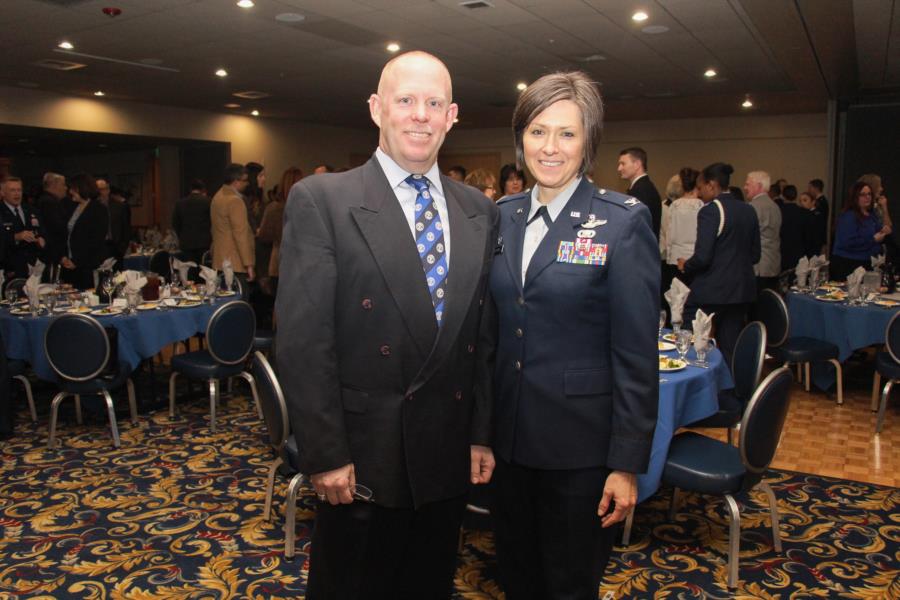 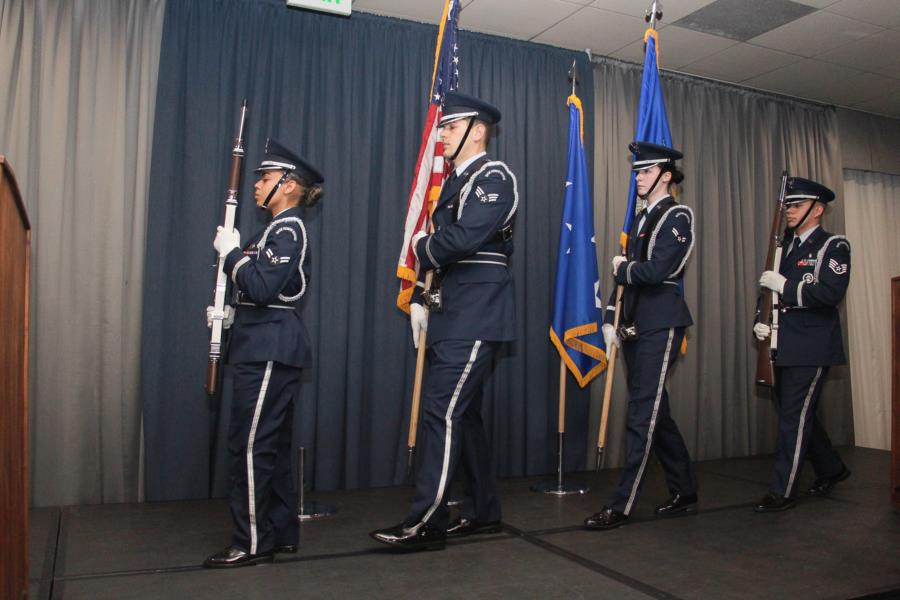 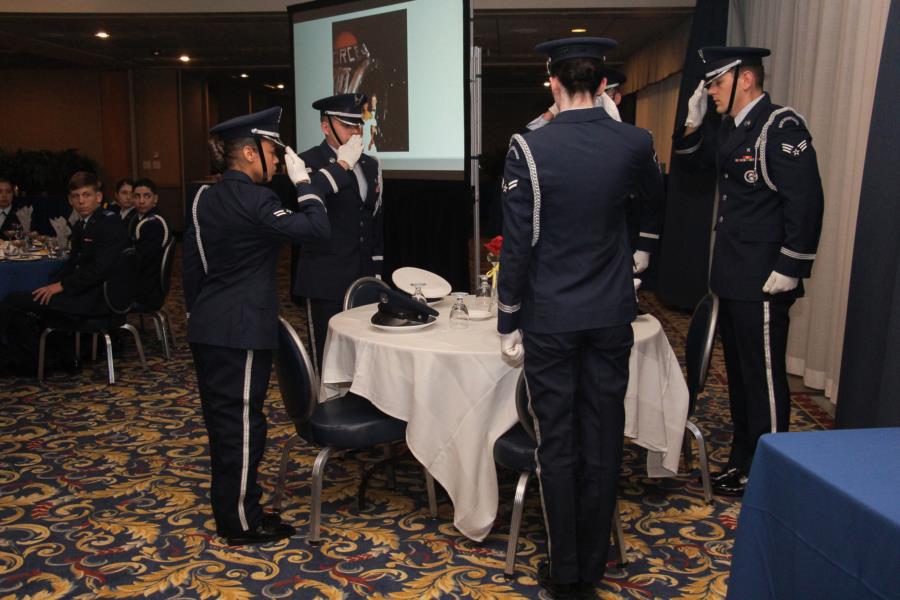 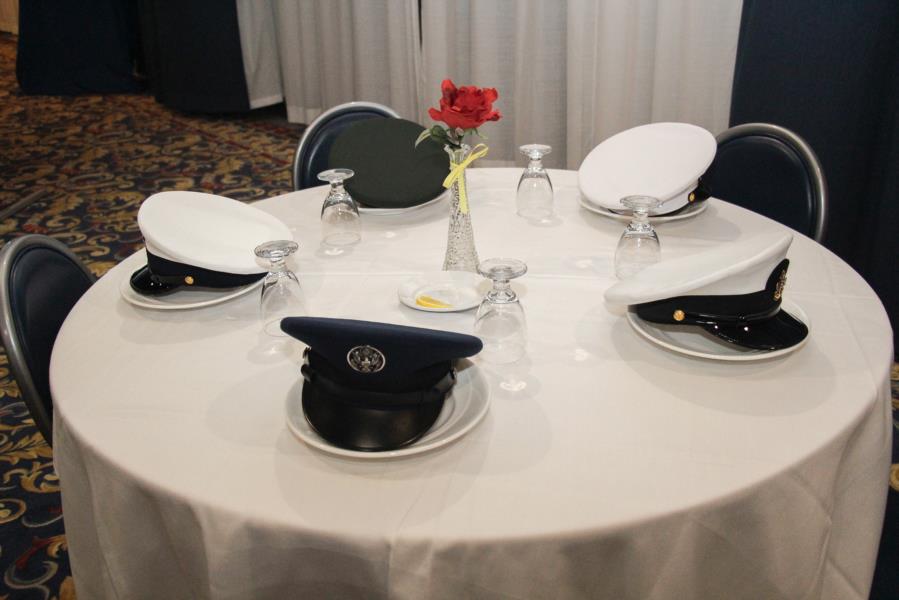 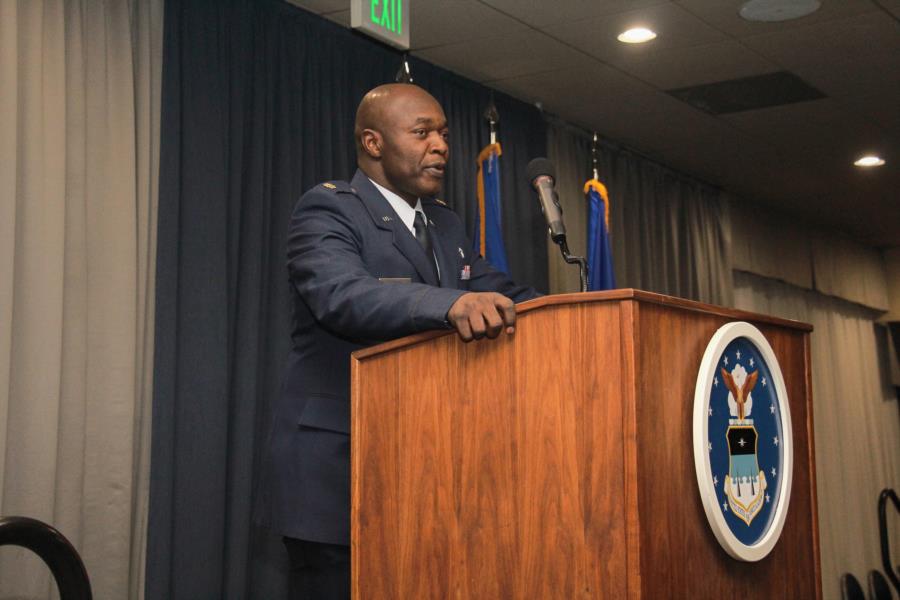 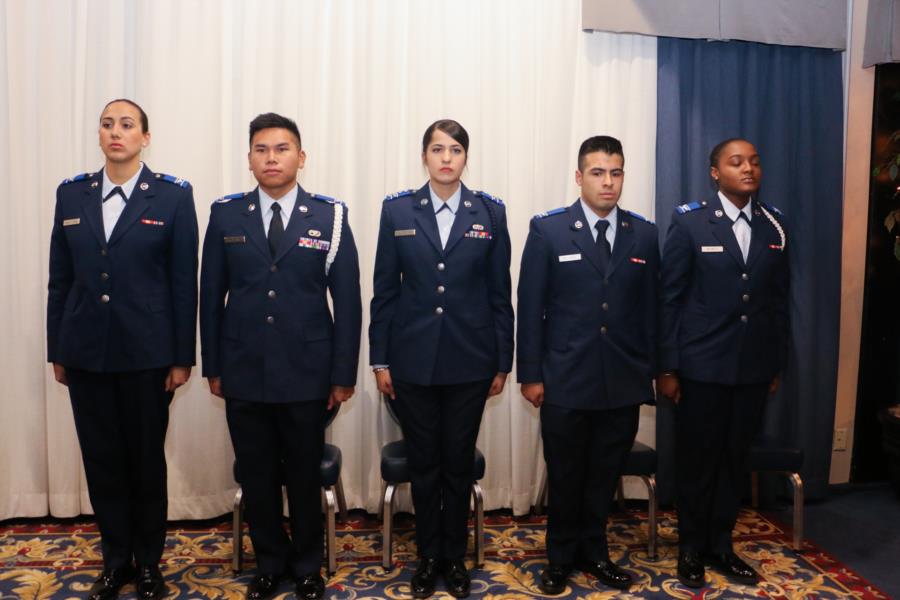 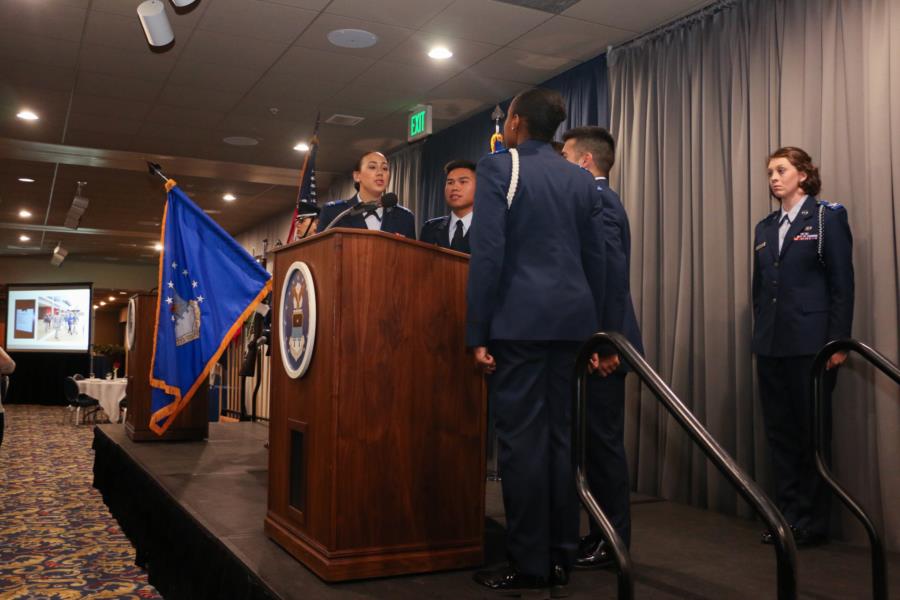 In his speech, Col Widmann talked about his wife's life and the legacy she left behind. Sharing how they met at the Academy, but also about her time at the Prep School not just as a cadet candidate but as a staff member later on in her AF career. He talked about her time at the Academy and how she excelled as a student in her ability to be leader, not only graduating in the top 10 of her class but having multiple leadership roles throughout her cadet career. And finally, he spoke about her dedication and commitment to those around her both in and out of the military. 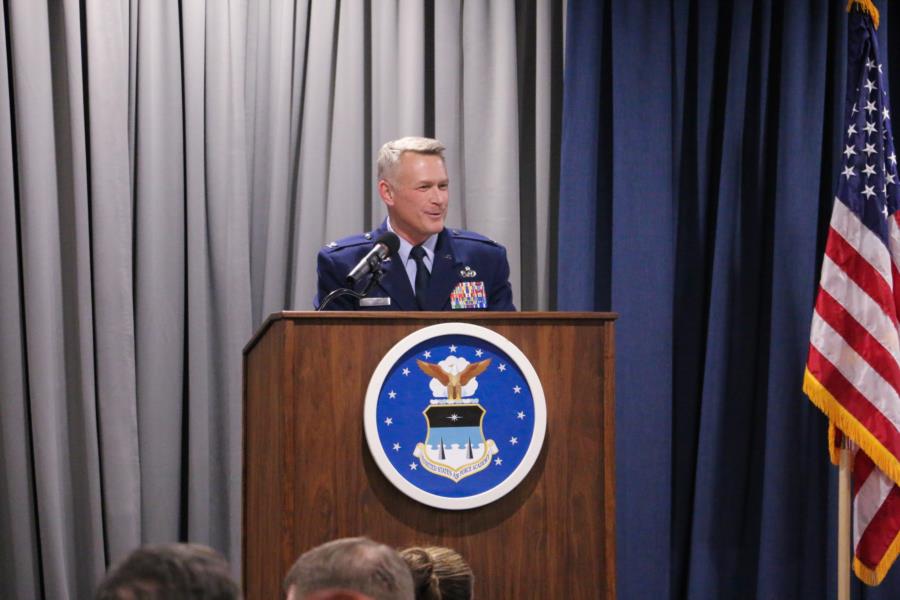 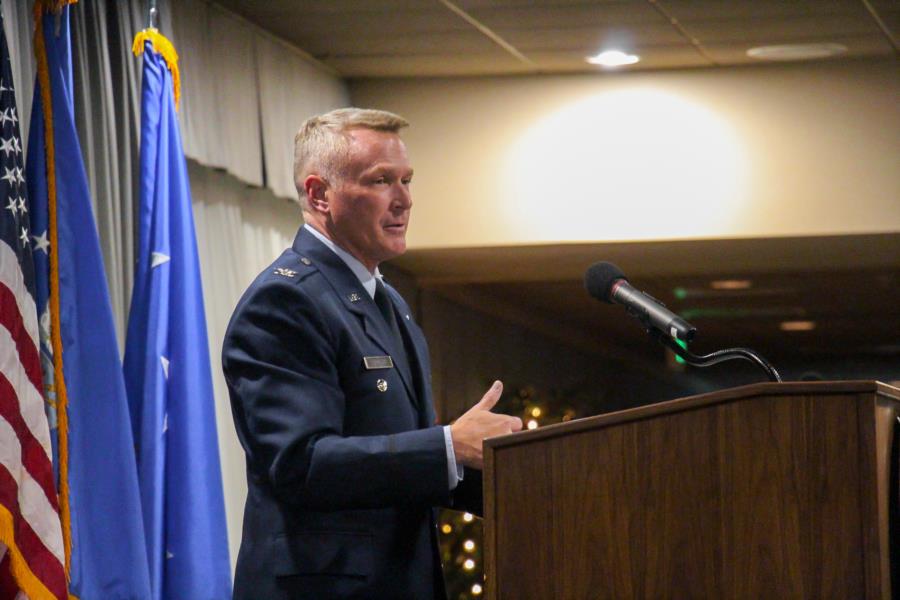 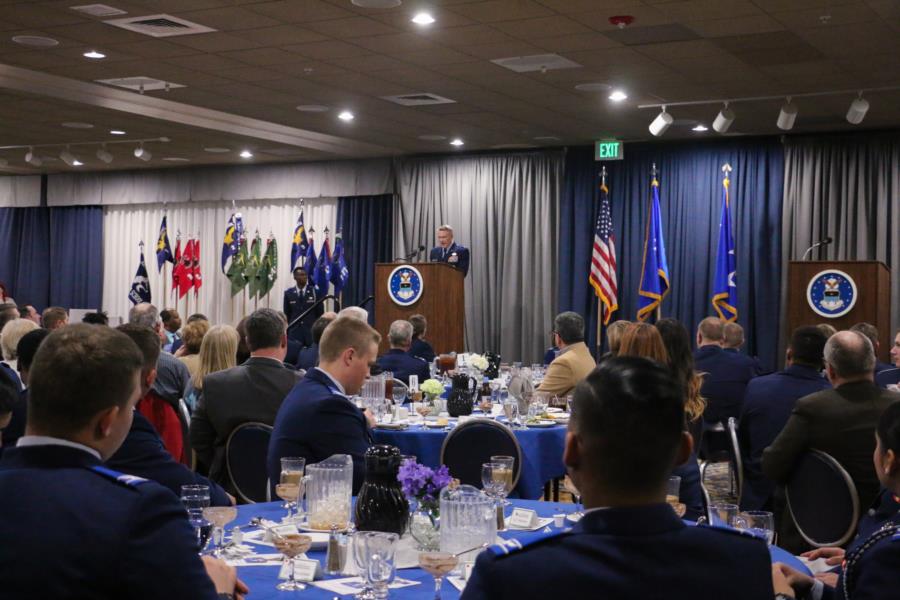 Afterwards, C/C Chaparro, C/C Garvin and C/C Sanzatenea presented Col Robert Widmann with the Exemplar Plaque for Lt Col Ida Widmann and they also gave Col Widmann a replica of his wife's plaque to keep. This plaque will be hung on the Prep School Exemplar Wall. 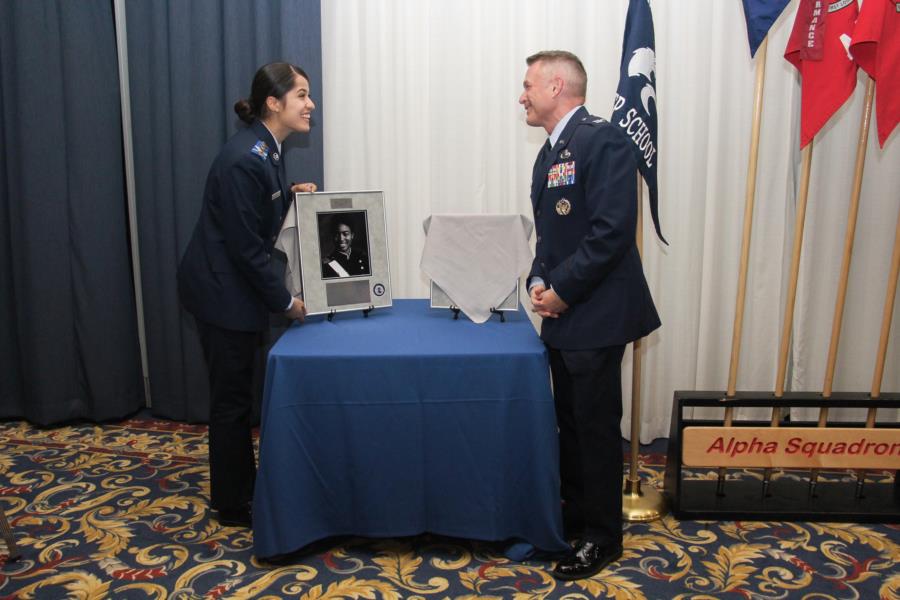 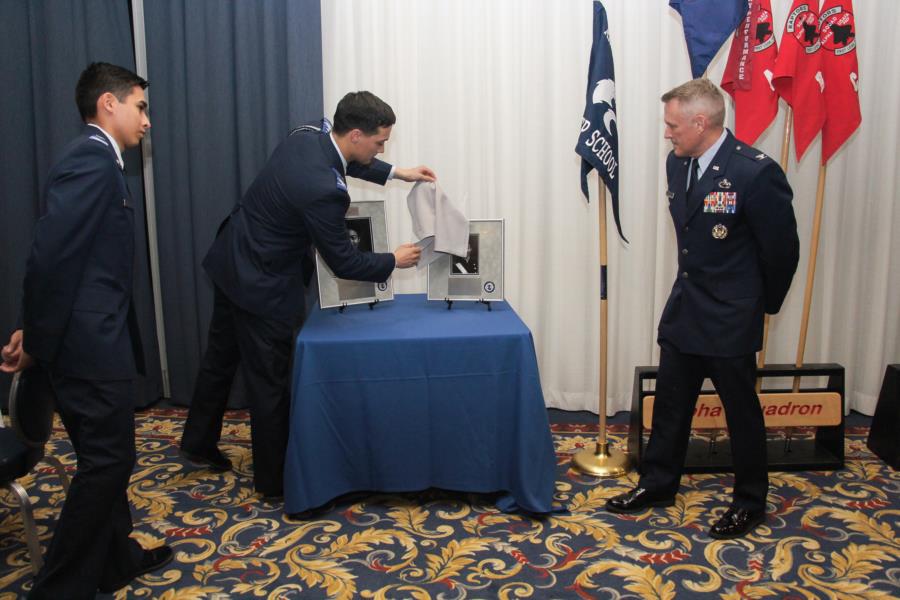 Lieutenant Colonel (Ret) Ida Lee Widmann began her journey at the United States Air Force Academy Preparatory School, and graduated with an appointment to USAFA in 1987. While at the Academy, Lt Colonel Widmann excelled. She majored in Civil Engineering and took on positions such as 2nd Basic Cadet Training Deputy Group Commander, and Squadron Commander of Cadet Squadron 22. She represented the Academy not only as a student leader, but also as a student athlete on the Falcon Track Team. Lt Colonel Widmann graduated with the USAFA class of 1991 as one of the top 10 military graduates and served a distinguished 20 year active duty military career as a Master Civil Engineer. She found her “dream job” when the Air Force stationed her back at the Preparatory School. As Commander, 1st Preparatory Group, Lt Colonel Widmann motivated and inspired cadet candidates. Even in her retirement, her love for USAFA, the cadet candidates, and cadets propelled her to continue giving until her passing. On August 20, 2017, after a hard fought battle with cancer, Lt Colonel Widmann peacefully passed away. Her legacy, passion, and dedication to others has left a lasting legacy. The USAFA Prep School Class of 2018 forever honors Lt Col Widmann, and will proudly carry forward her message, “Once a Preppie, always a Preppie!” 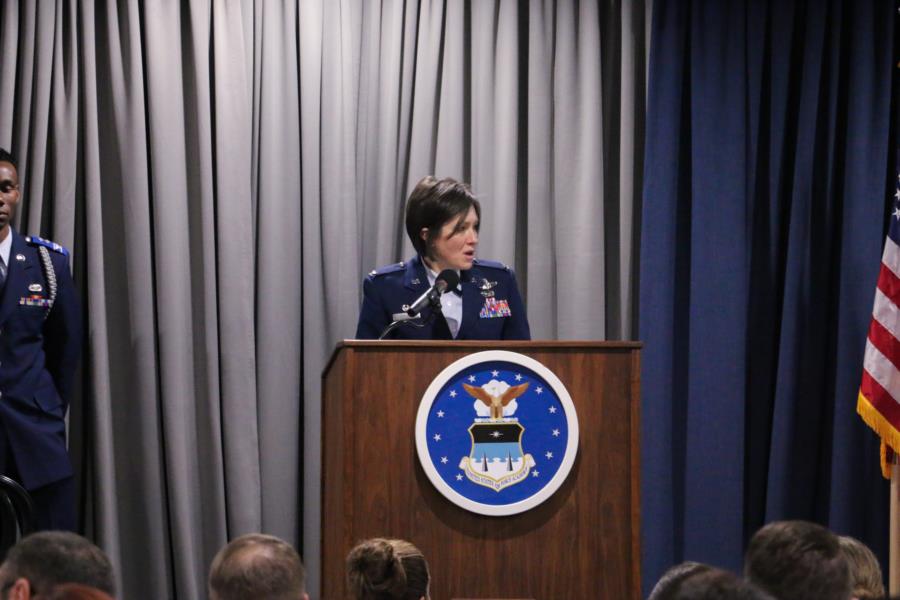 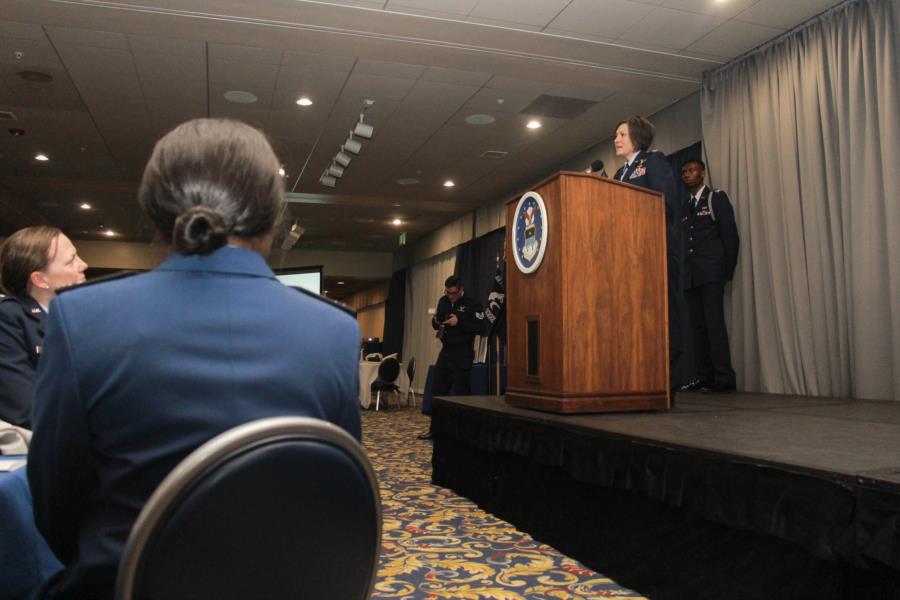 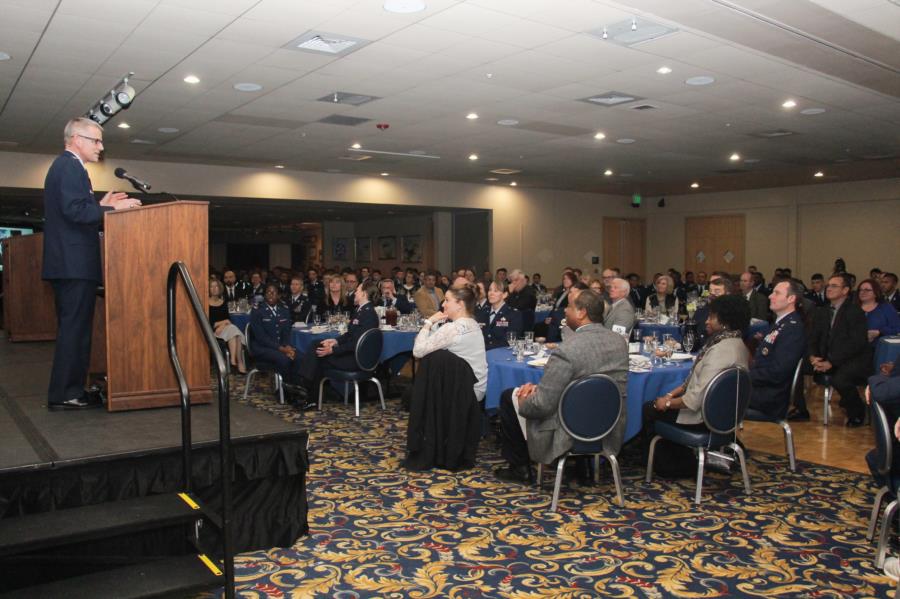 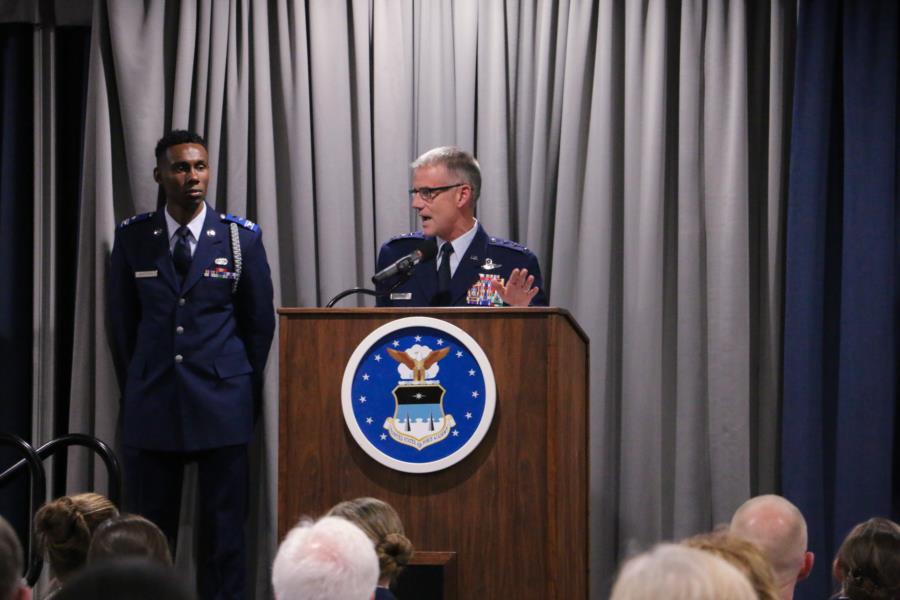 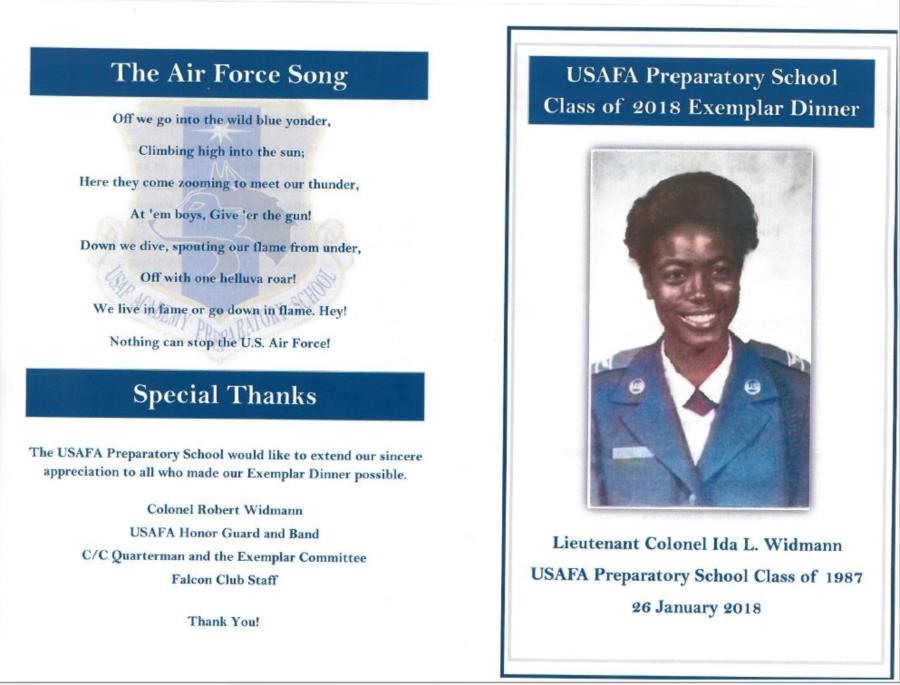 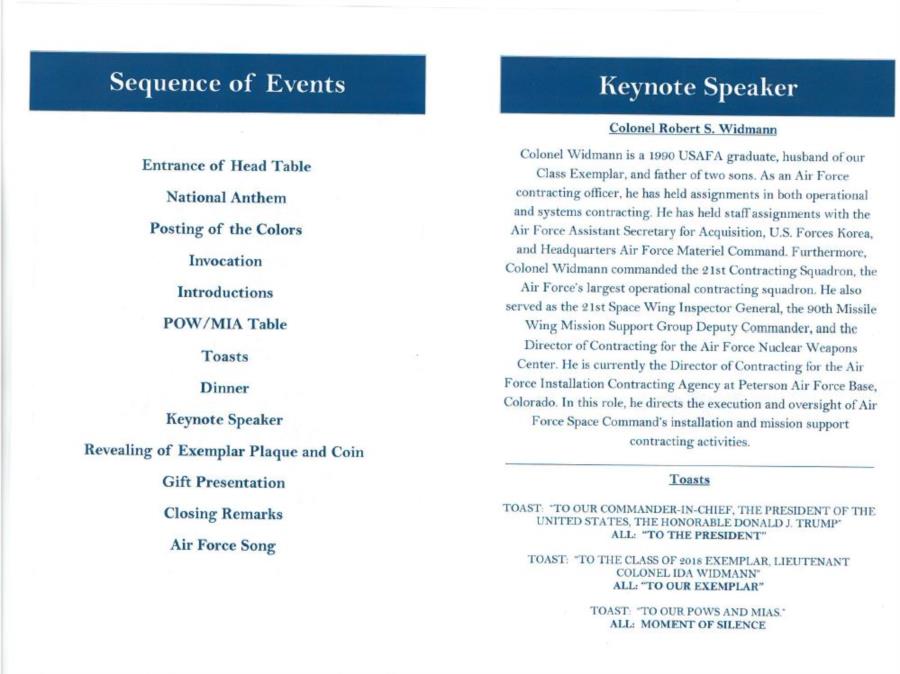 Shout out to Cadet Candidate Myko Dela Cruz for sharing pictures with us that he took during the Prep School Exemplar Dinner. You can find them here in the Free Gallery section of our website!

To view the rest of our glimpse into their Exemplar Dinner go to; Classes - Prep School - Prep Life. Or click the link below.