Mr. Wiley of the Board of Visitors stopped by the Prep School this morning and talked with the Preppies. He spoke to the Preppies about acts of Character and Leadership and how visiting the Prep class of 2015 and seeing their commitment of Leadership and their Character -  made him want to come back every year for each Prep class.

Mr. Wiley attended the Naval Prep School (Bairn Bridge Prep School) before going to the Academy because the USAFA Prep School was not established until May of 1961. His roommate at the Prep School was Lance Sijan. They both continued onto the Air Force Academy after finishing Prep School and graduated in the class of 1965.

He conveyed how important to the Cadet Wing the Preps are. That one day in the near future they will be the leaders of their class while at the Academy because of their experiences and knowledge. Whether they were Priors or came to the Prep School first before attending the Academy. They can show what a good leader looks like. He went on to say that the Preppies are the pinpoint of the battle to make their classmates outstanding officers and leaders in the Air Force and outside of it. To enjoy it but to keep in mind the great responsibility of this career path. 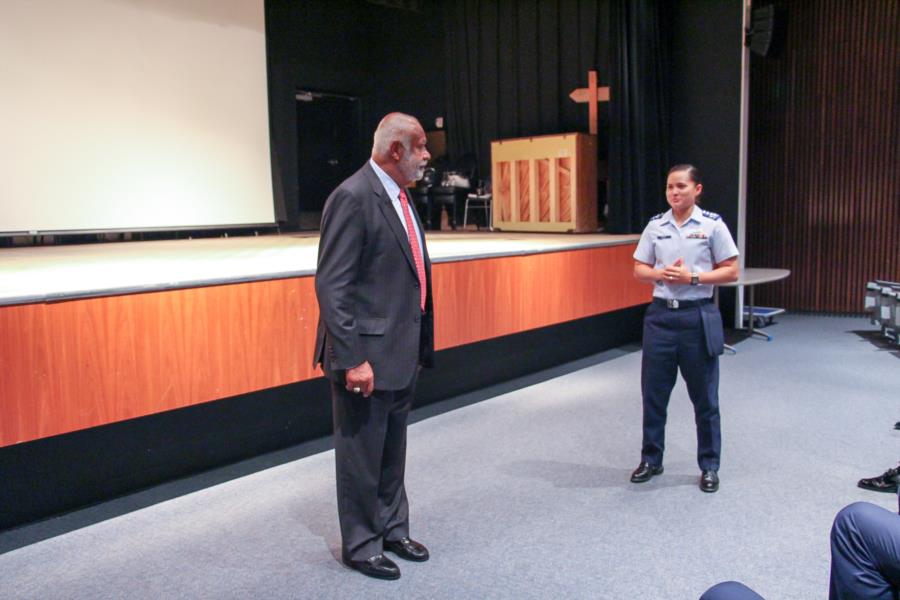 Pictures from this morning can be found under Classes - Prep School - Academic Studies.