In case you didn't read the previous blog on Drill, here is the information on what Drill is.

So what is Drill Practice? As stated by Britannica, Drill is preparation of soldiers for performance of their duties in peace and war through the practice and rehearsal of prescribed movements. In a practicle sense, drill consolidates soldiers into battle formations and familiarizes them with their weapons.

These days, military drill is mostly used for military ceremonies, such as military parades, and to instill pride and discipline during military training (such as basic training).  The military drill manual states that drill is the foundation of discipline in battle, and that its importance has been proven again and again.

The every Prep School CC's practices drill and learns how to walk, run and turn as a formation.  They will practice Drill often over the next few weeks of BMT.

We know that Drill Practice isn't the most exciting thing to see, but right now this is what we can cover and do the best we can to at least get a photograph of your Prep Cadet Candidate. Hopefully it is reassuring to see that they are surviving, learning how to march in formation and starting to come together as a Class. And we would like to mention that when WebGuy was there photographing them during Drill Practice, Bravo Squadron was on Black Field discussing ways to cope and deal with stress, of all kinds. Therefore, the only photos we got were more individual photos while they were sitting on Black Field. 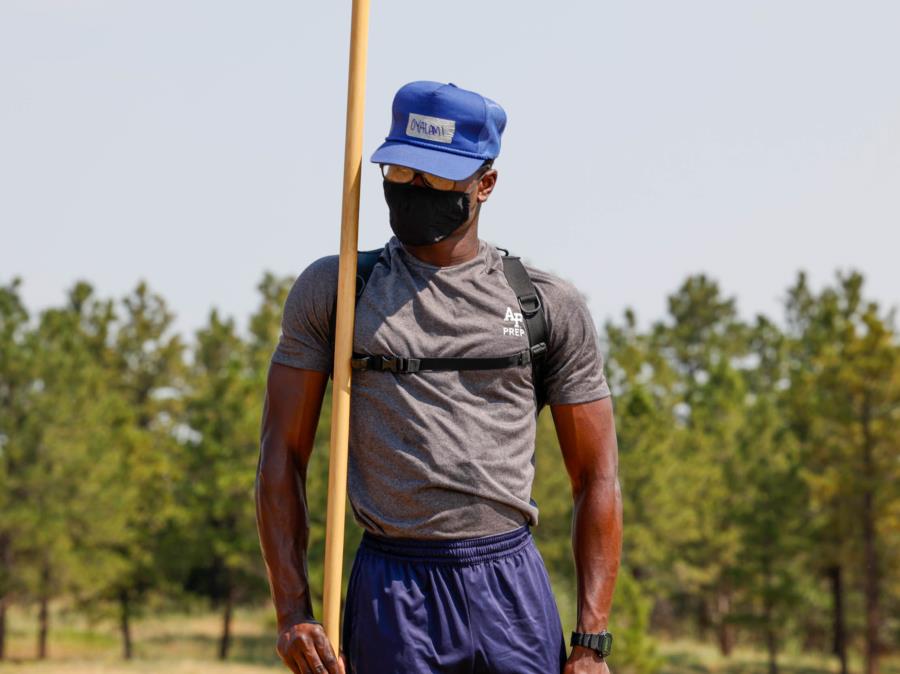 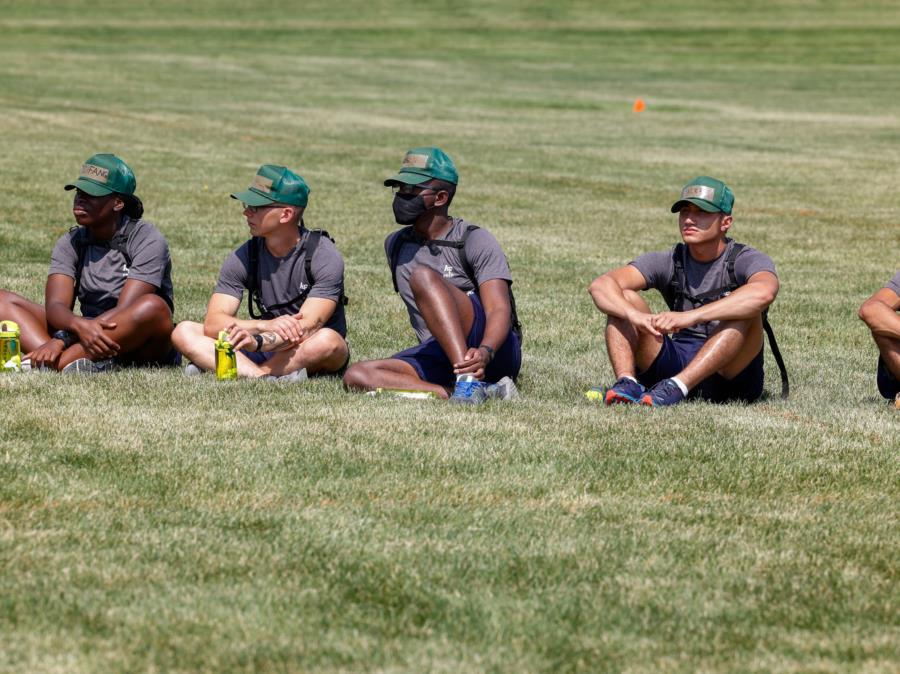 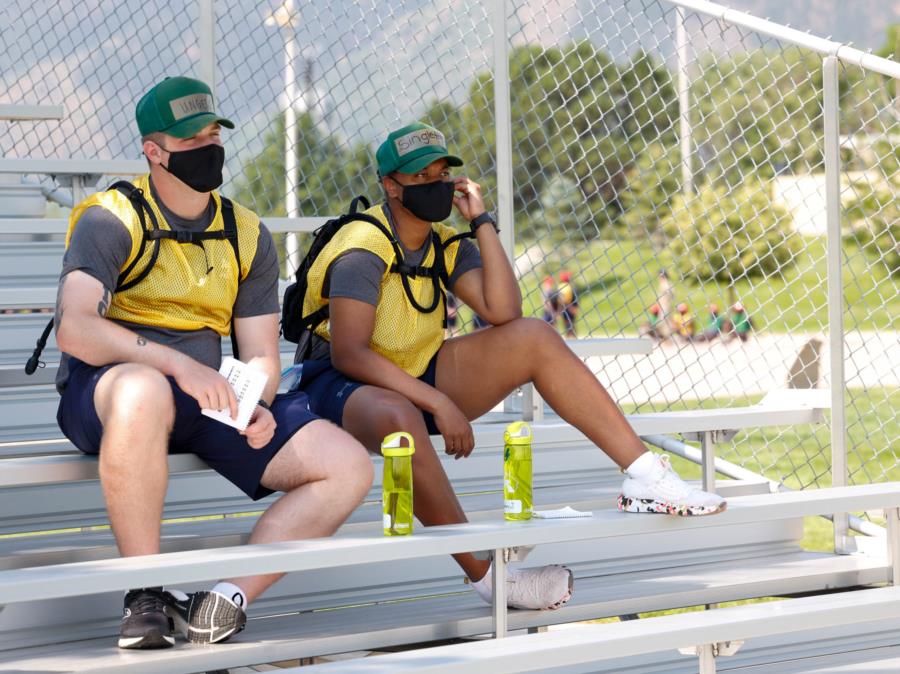 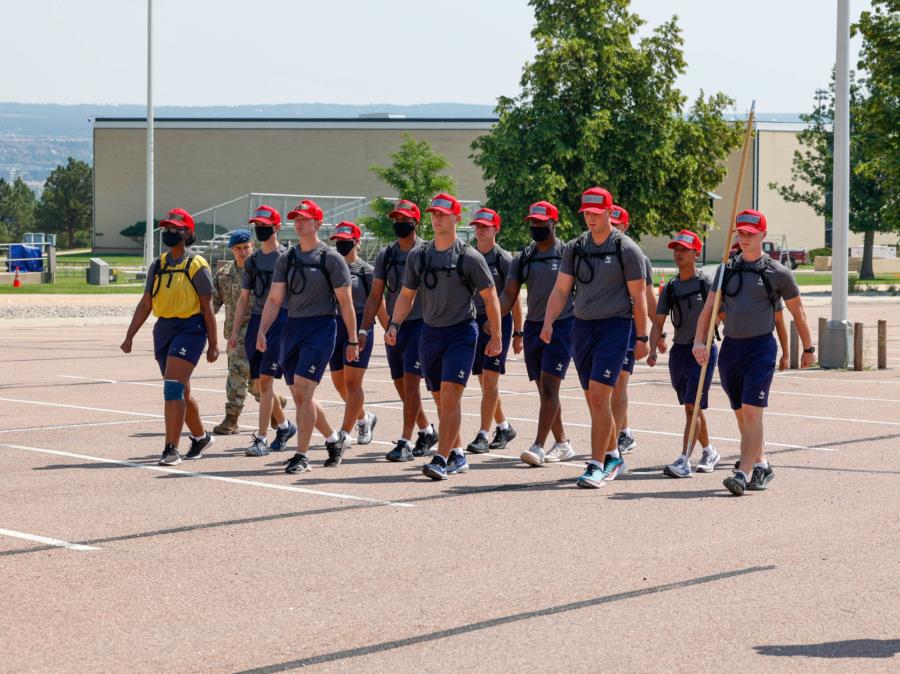 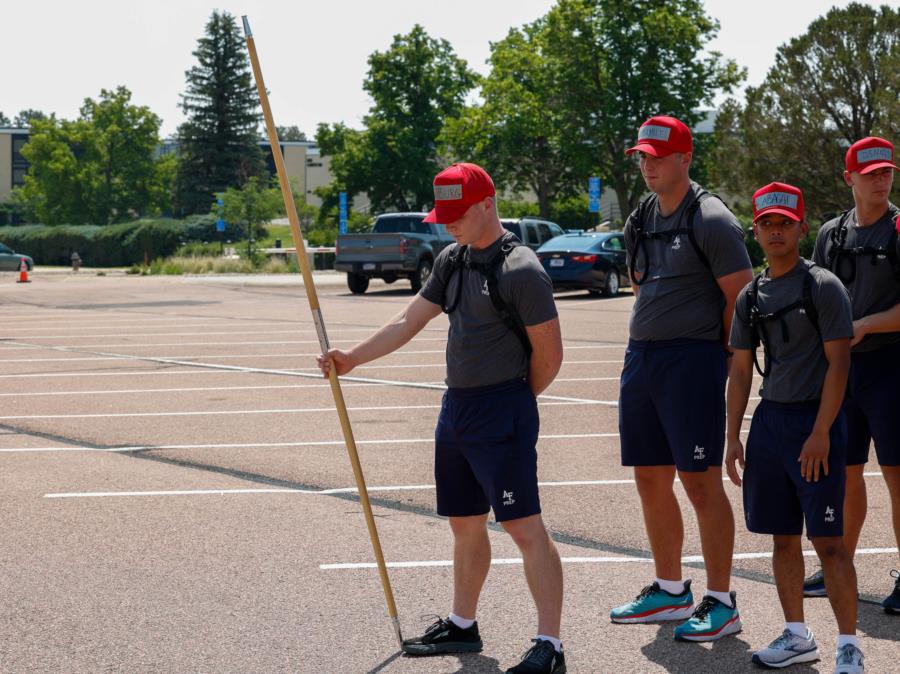 Note: You may see some CC's weaing colored pinnys over their PT uniforms. At the prep school pinnys are used to help the cadre identify a basic who has an exercise limitation.  The colors and meanings are:  Blue= nothing above the waist.  Green = nothing below the waist.  Yellow= may exercise at own pace. Red= No exercise.  The vest doesn't necessary mean an injury, just a reminder to the cadre to ask the basic about it. There are some that you may see during PT that are purple and those are Prep CC's that are being seperated from the rest of the squadron for one reason or another.

To view the photos, go to CLASSES > Prep School > BMT.  Set photo order at the top of the page OLDEST to NEWEST.  Select your start page. Or click on the link below.

*** Photo order must be set OLDEST to NEWEST prior to clicking on the link for the link to take you to the correct start page.