This morning the trainees participated in their first Physical Fitness Test (PFT).  Here at USAFA & USAFA Prep, cadets and cadet candidates take physical fitness tests each semester to measure their overall strength and conditioning. Proficiency is required in both the Physical Fitness Test (PFT) and the Aerobic Fitness Test (AFT) in order to graduate. It serves as a baseline. This test is different from the Candidate Fitness Assessment (CFA) that they took when applying to the Academy.

Those members of the cadet wing who achieve the maximum point total on either the PFT or AFT belong to the prestigious 500 Club. Those few cadets who maximize their scores on both of these belong to the exclusive 1000 Club.  Below is a table with the test elements along with the mean and maximum possible scores,courtesy of www.academyadmissions.com.

Due to the large volume of photos being processed this morning, I thought I would do this early blog with a preview of the events courtesy of the Prep School Class of 2020.  That way you will already know what you are looking at once your preppie's photos go up.

First up is Pull-ups. 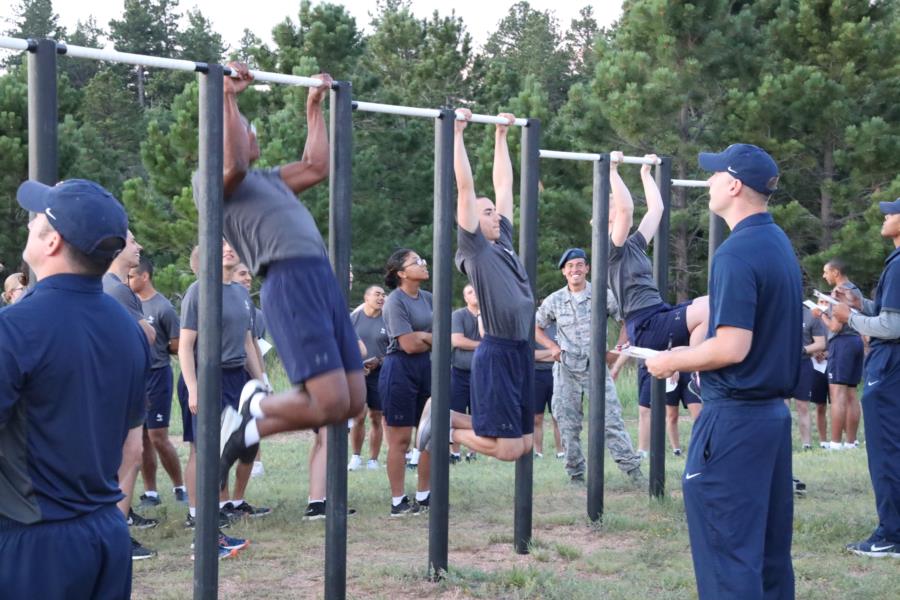 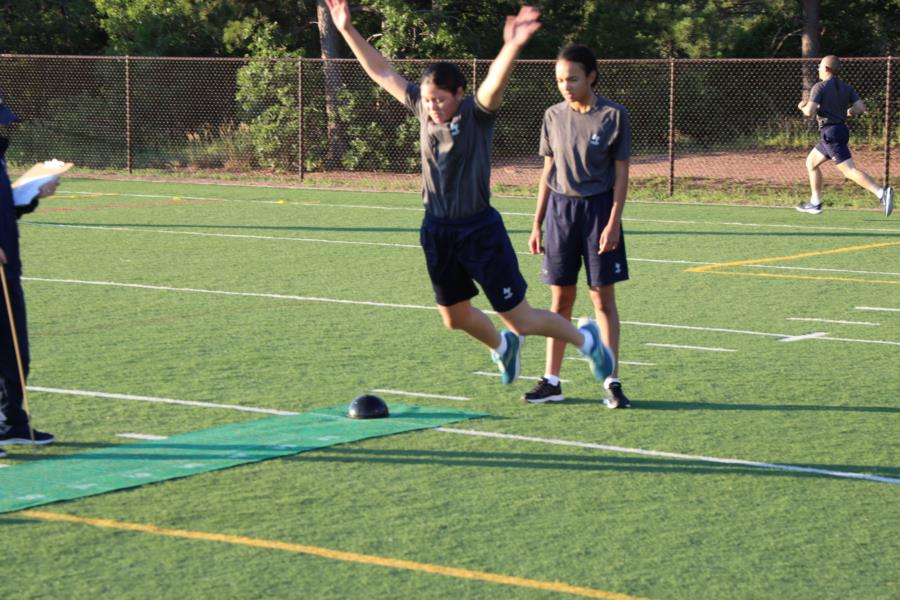 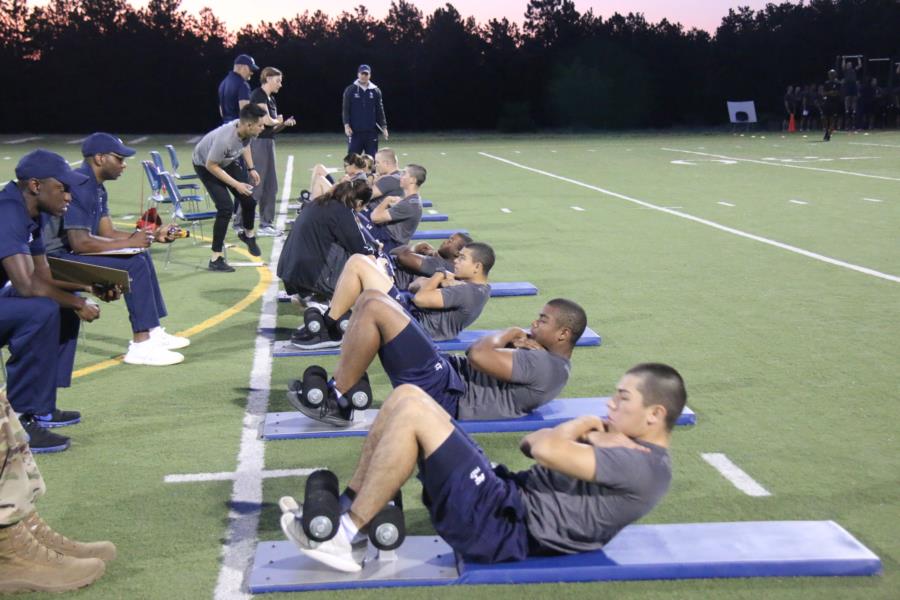 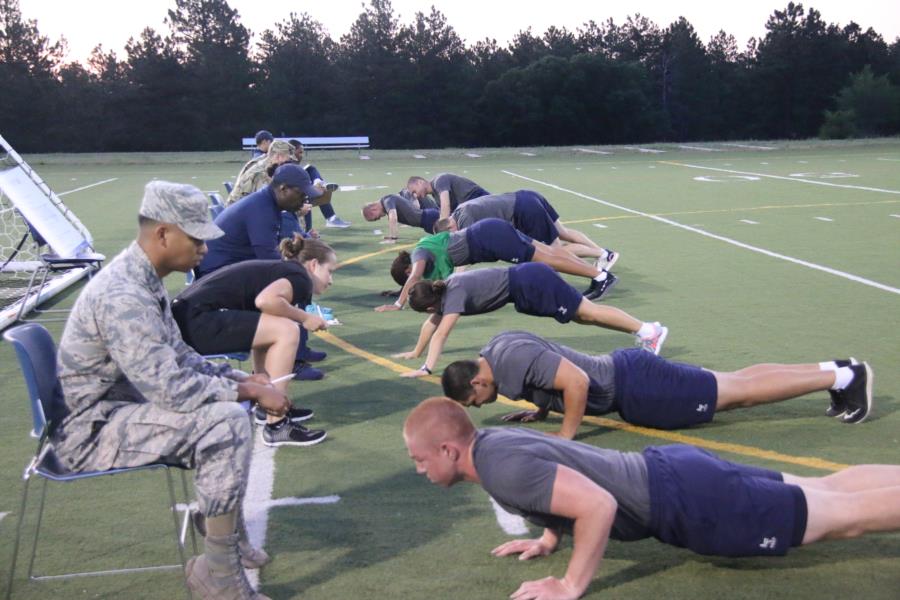 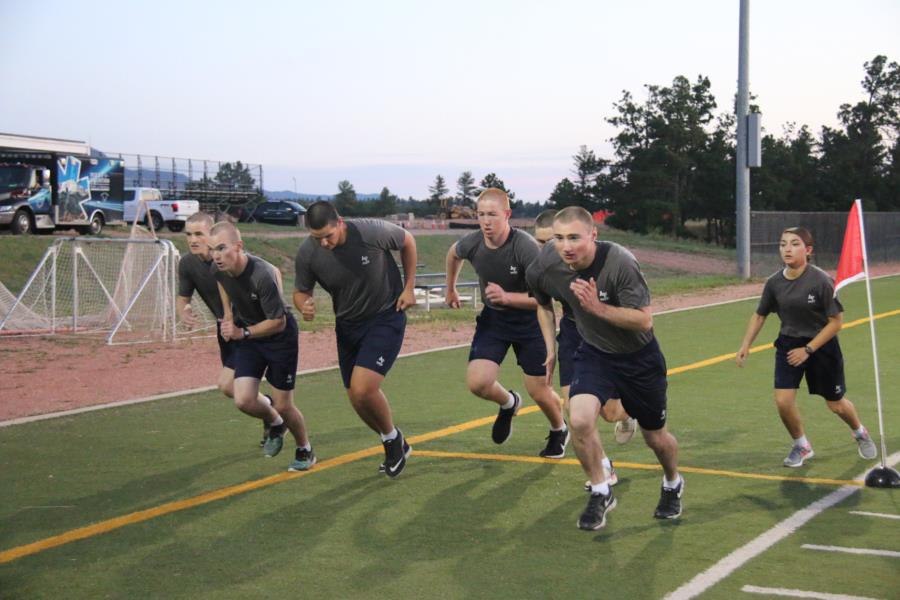 Ironically all the Preppies in the photos above are currently members of the USAFA 2024 and will be completing Basic Cadet Training tomorrow.  Time flies!

Next order of business is to provide answers to some questions we received from the drill competition yesterday.  First and foremost.  What is the Hammer? 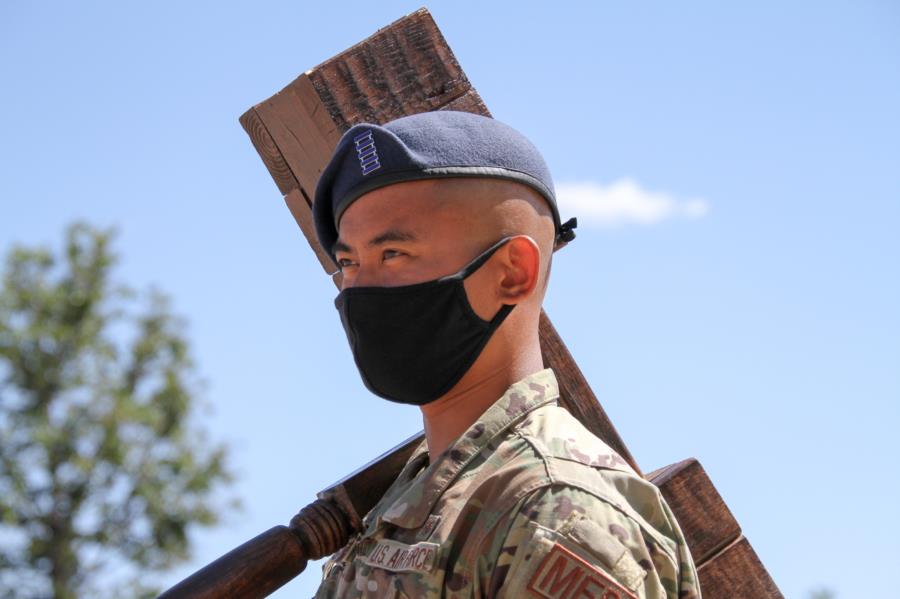 We have been covering Prep BMT since 2011 and this was a new one on me.  LtCol Todd Blum the USAFA Prep Director of Training provided the answer.   The Group Hammer symbolizes the unity and strength of the entire group.  The number 2021 is embedded on the hammer which represents the Air Force Academy's Class of 2021 as a whole.  They hope that the Prep School Class of 2021 will carry the values taught during BMT to the Academy next year when taking their place in the USAFA Class of 2025.

The Hammer is passed down to the winners of the different BMT competitions.  Bravo won the Drill.  The Hammer was built by Cadre member C1C Brandon Yun of Alpha Squadron. 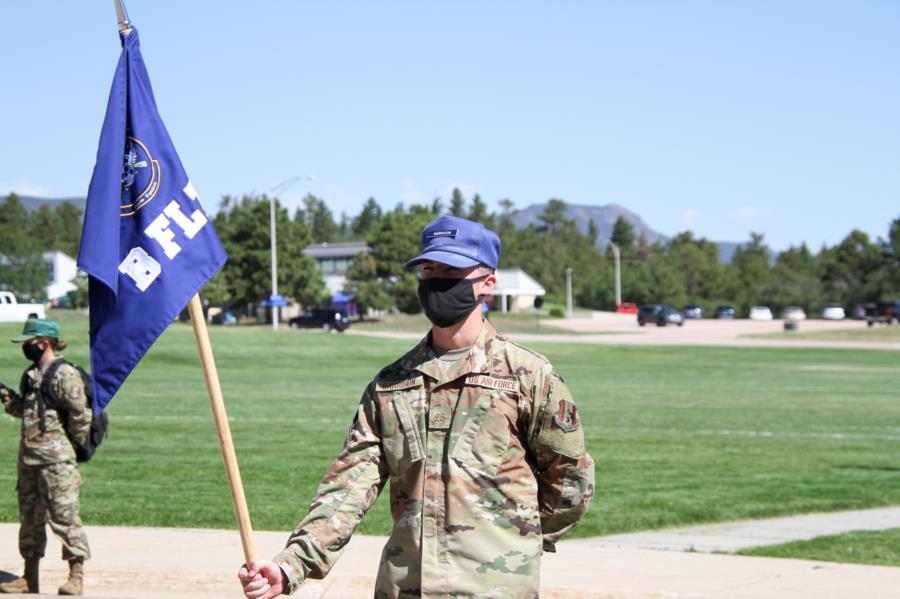 According to Wikipedia,  In the United States Army, Navy, Marine Corps, Coast Guard and Air Force, a guidon is a military standard that company/battery/troop or platoon-sized detachments carry to signify their unit designation and branch/corps affiliation or the title of the individual who carries it. A basic guidon can be rectangular, but sometimes has a triangular portion removed from the fly (known as "swallow-tailed"). The prep guidons are swallow-tailed.

At the prep school, Guidon Bearers are selected from volunteers who try out for the position.  The prep school rotates positions in order to give many cadet canditates the opportunity to lead.

OK.  There you have it.  The PFT photos are in process.  Check back later this evening for the photos.  I'll also have another blog later about BMT Graduation coverage and beyond.