The cadet candidates were bussed up to the Cadet Field House indoor track to take their Spring PFT. Due to the cold weather the Prep School decided to use the same indoor facility that the USAFA cadets used for their PFT. 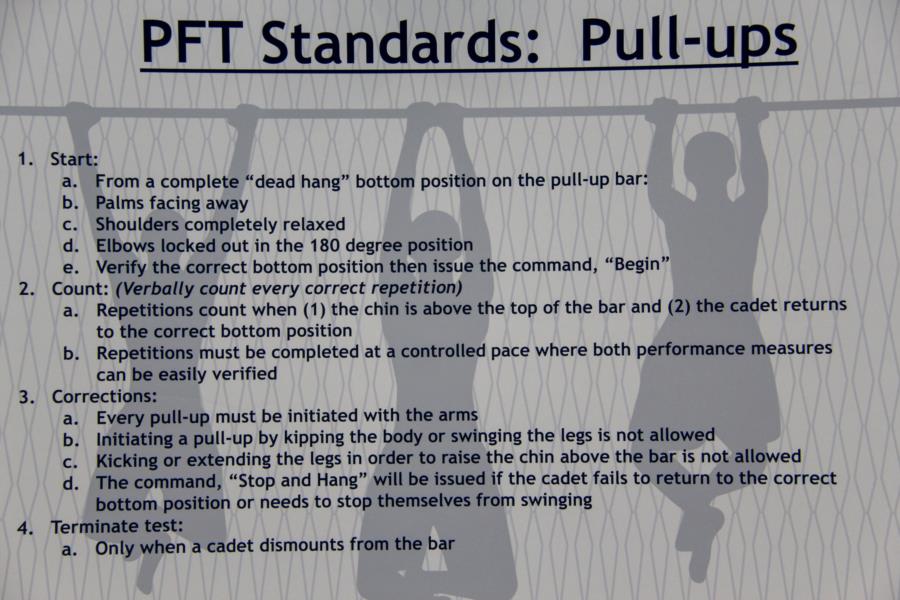 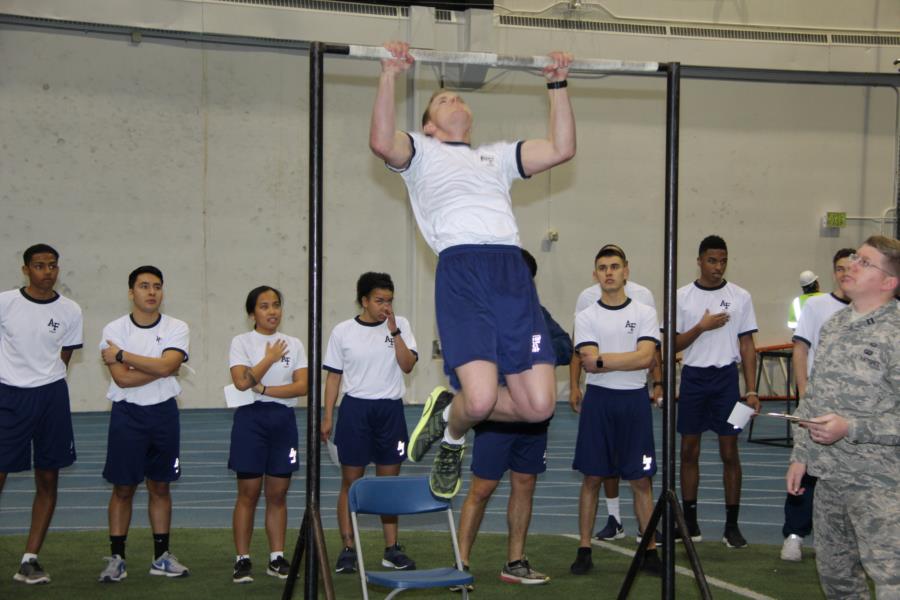 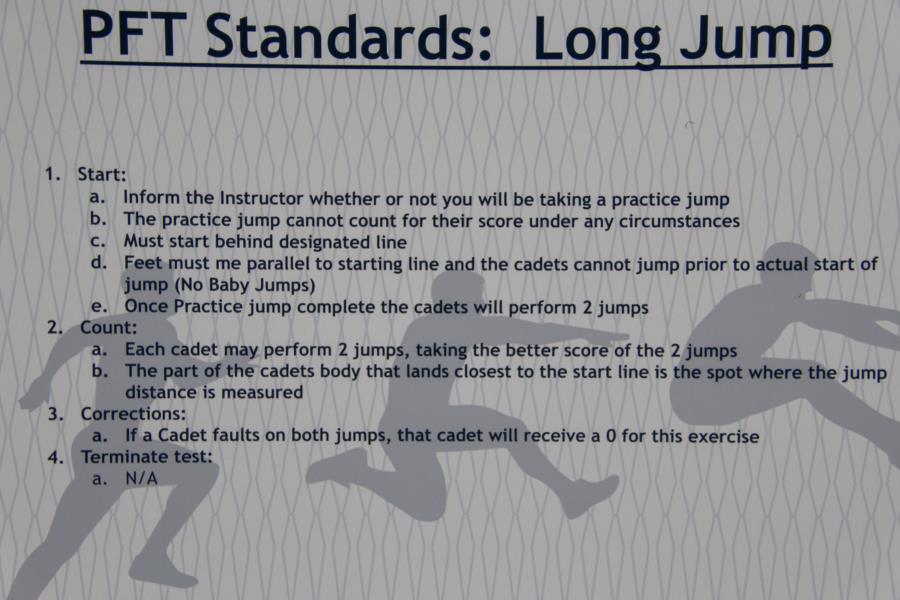 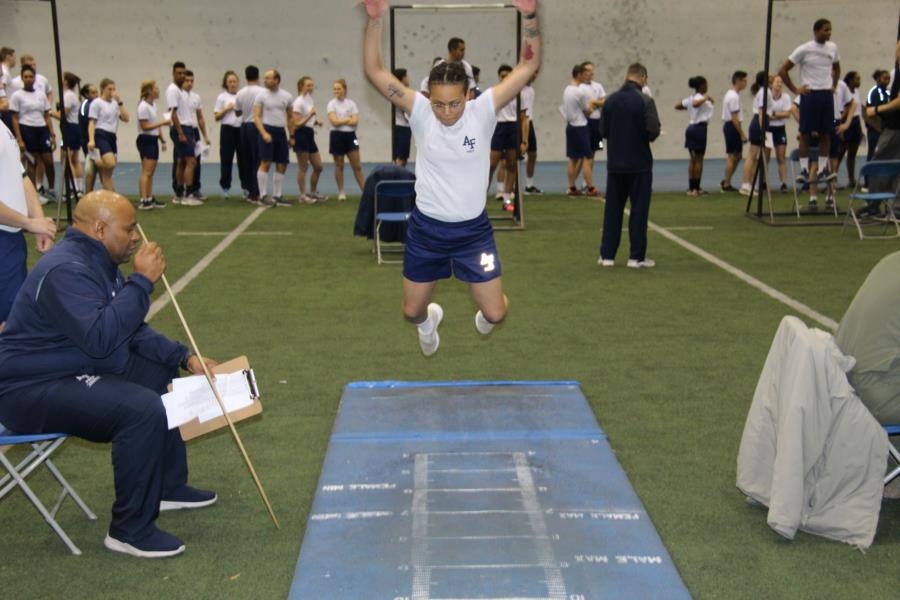 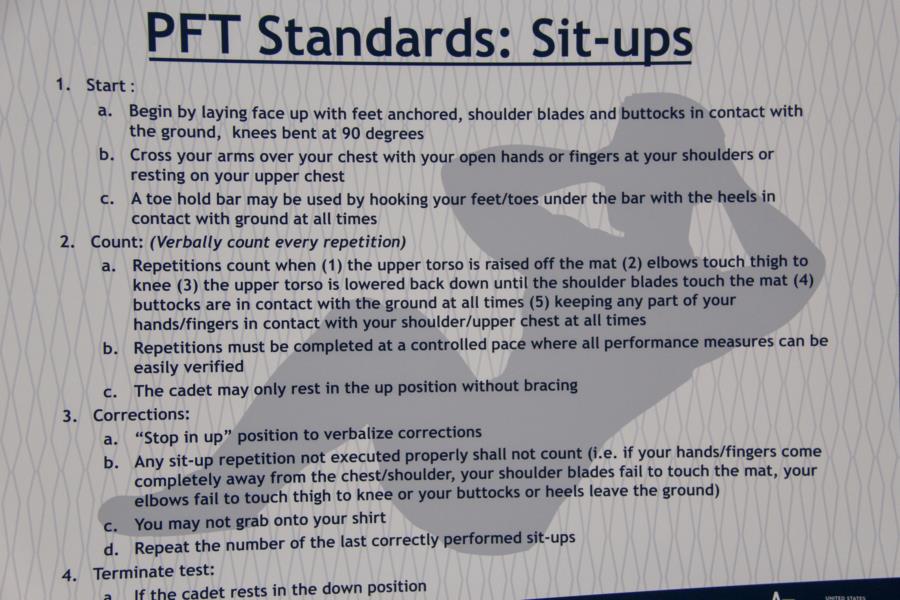 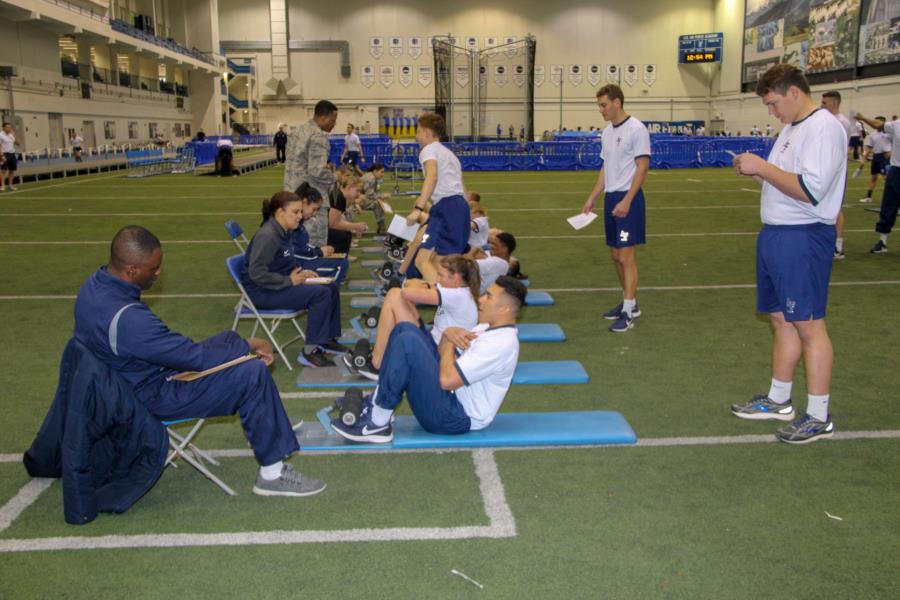 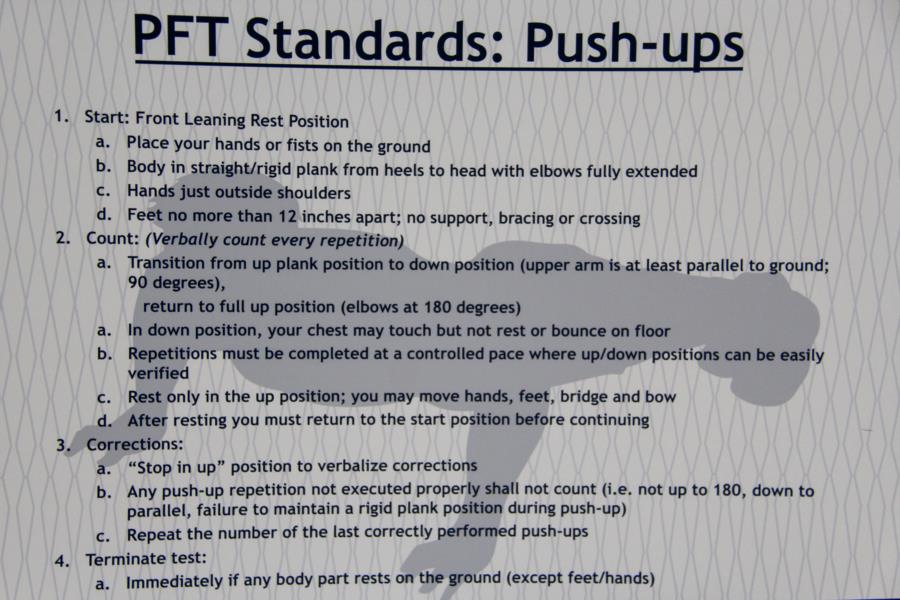 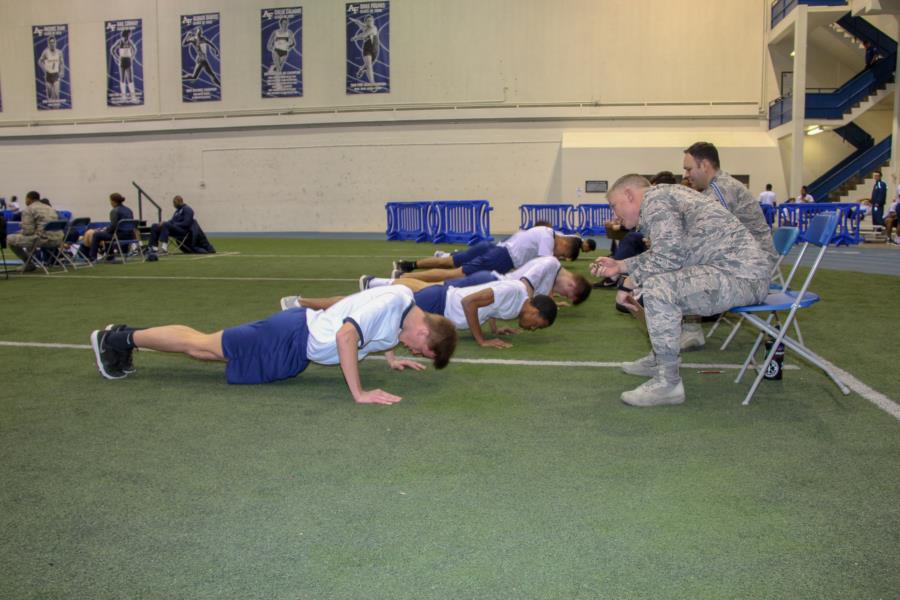 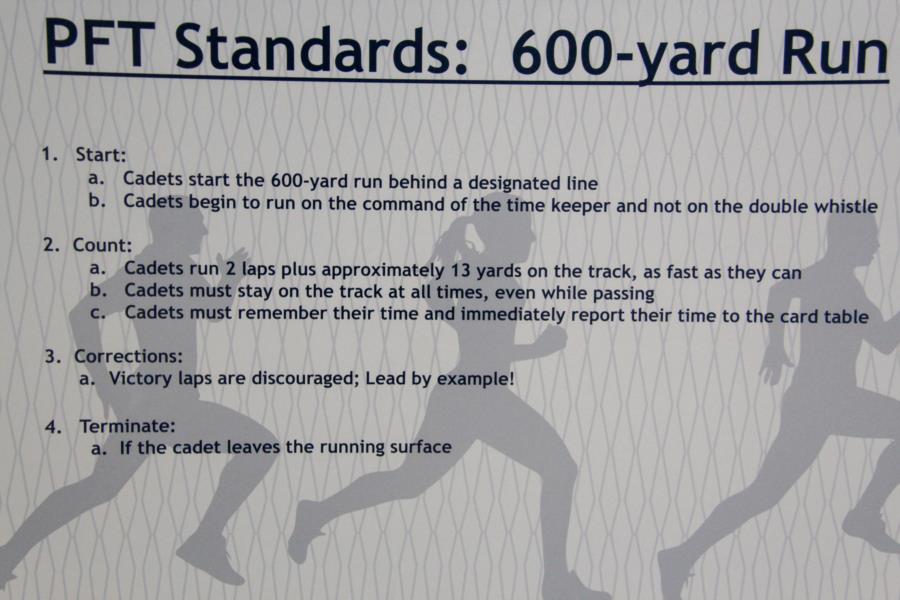 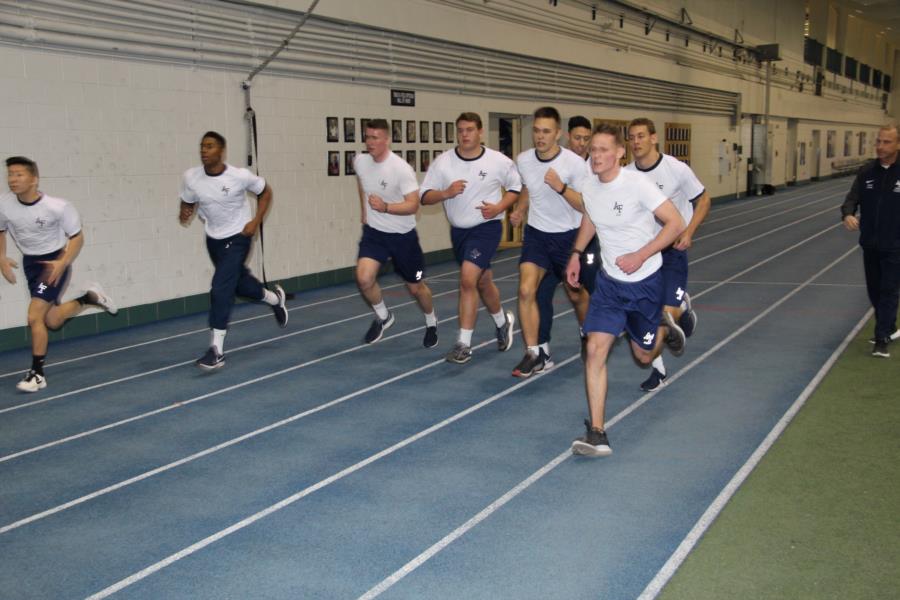 To view the rest of our coverage of the PFT go to; Classes > Prep School > Prep PFT/AFT. Or click the link below.