The CC’s hiked from the Prep School to the Fireman’s Training Course on the USAFA grounds. Once there they selected teams for the competition. They were then able to practice portions of the course. Each team needed to pass a baton off on the relay race, if the baton was dropped on the tower the team was immediately disqualified but if it dropped anywhere else they could go back and retrieve it. The first participant ran up the tower carrying a firehose, making sure to hit every step, then they handed off to a teammate who had to hoist up a 45 lb. bag all the way to the top, then another teammate raced down tower. At the bottom of the tower they handed off to another teammate who hammered away moving a solid metal block into place, the next participant then had to run through zig zagging cones until they reached the person awaiting a hose drag across the course, once at the end, they had to release the nozzle and hit a target with the water stream, then from there their the final teammate had to drag a 175lb dummy back across the course to the finish line.

They started with a time trial to rank the teams. After the rankings were determined, they were set into a single elimination bracket to determine the champions. 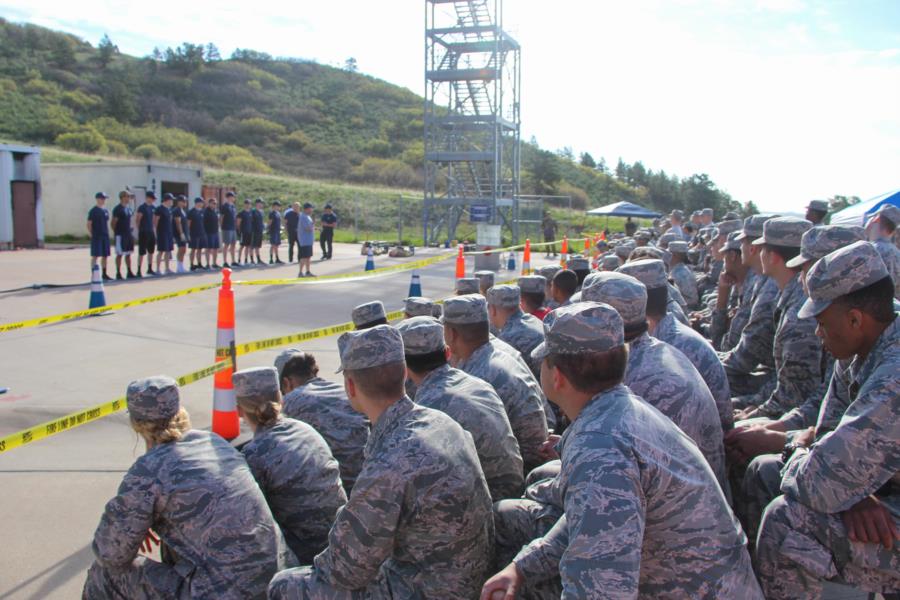 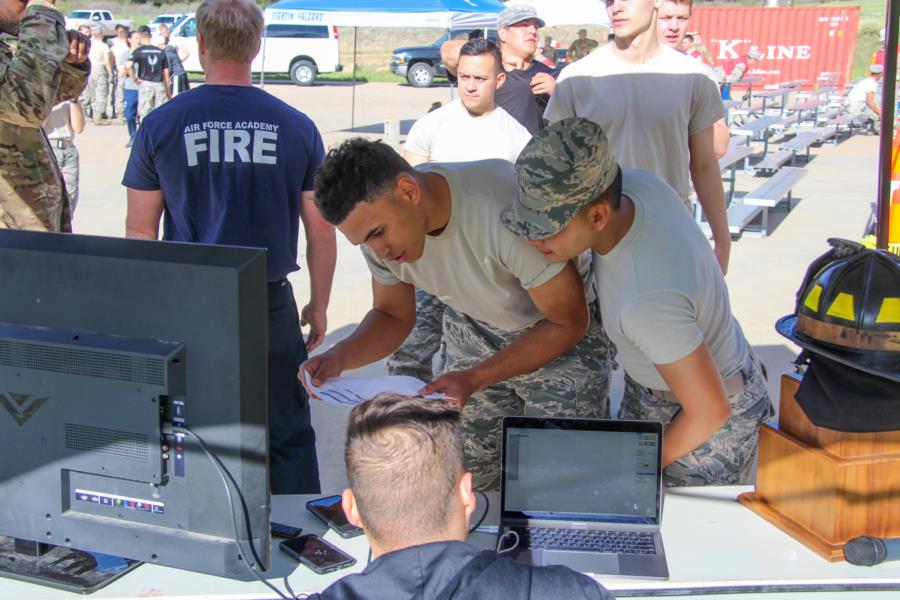 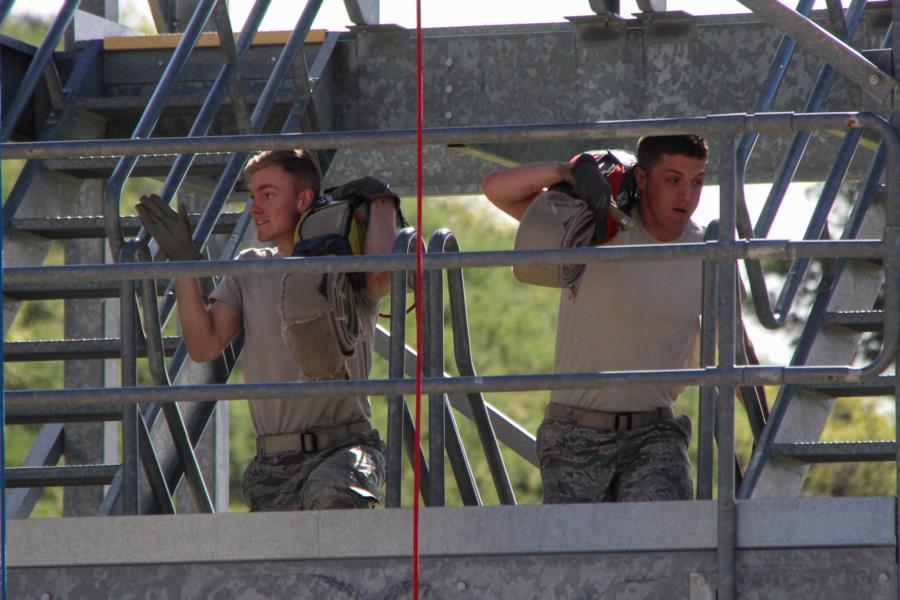 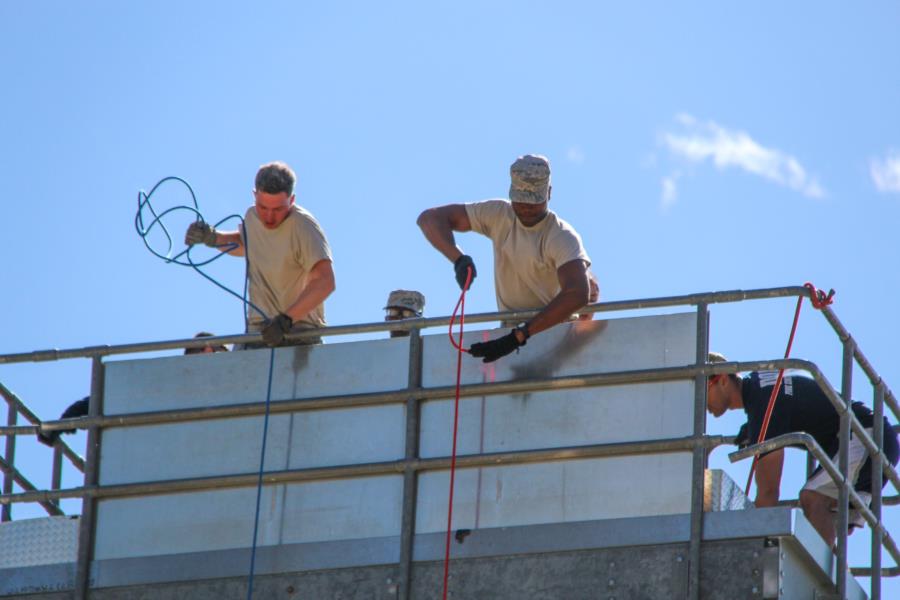 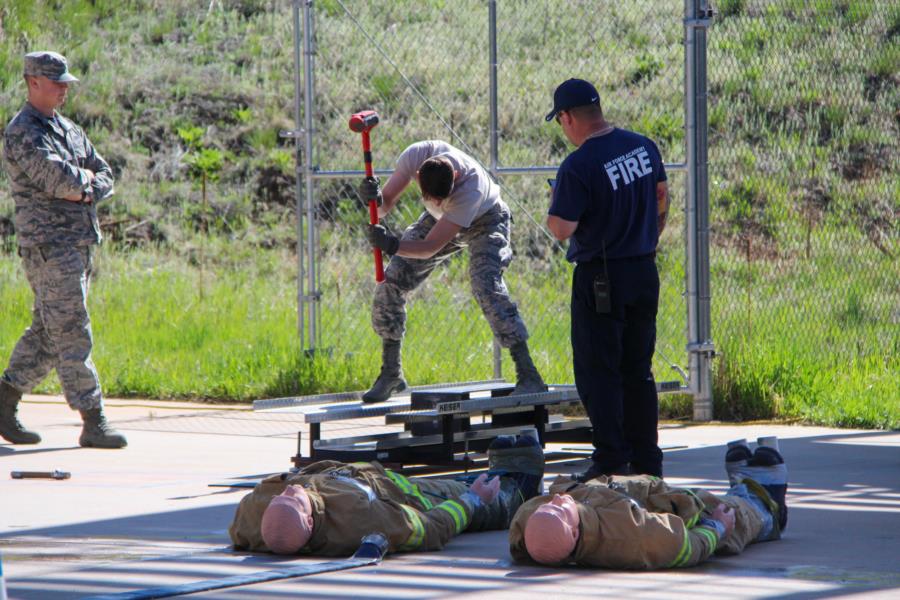 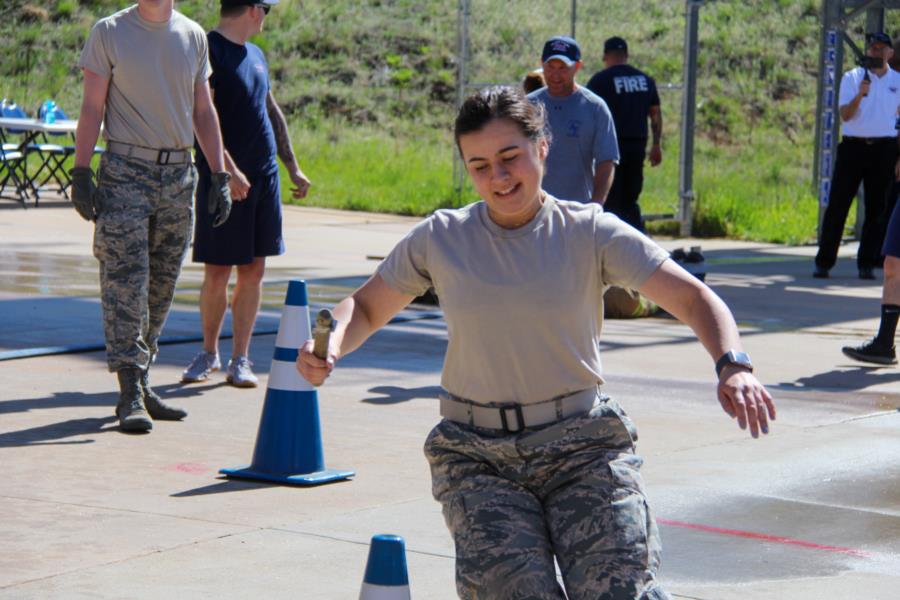 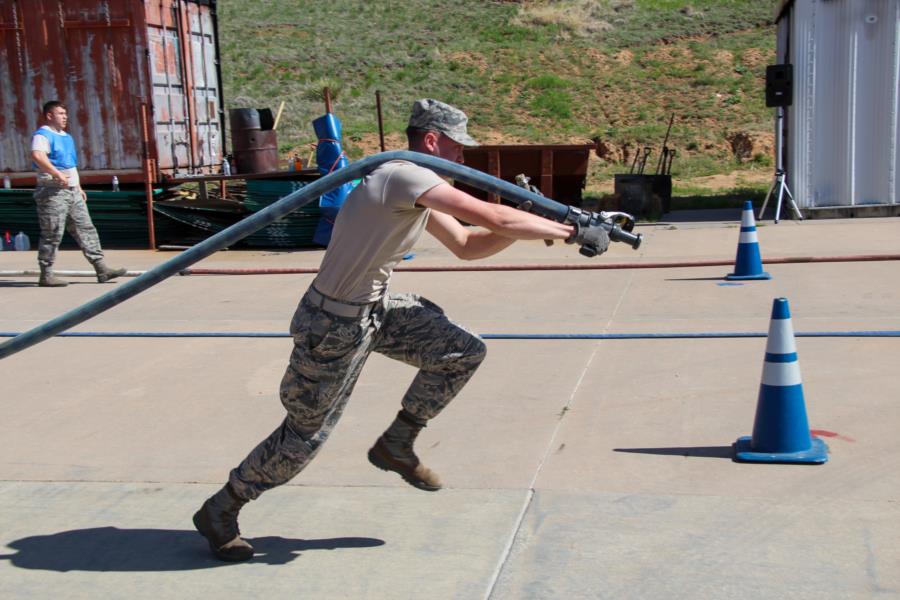 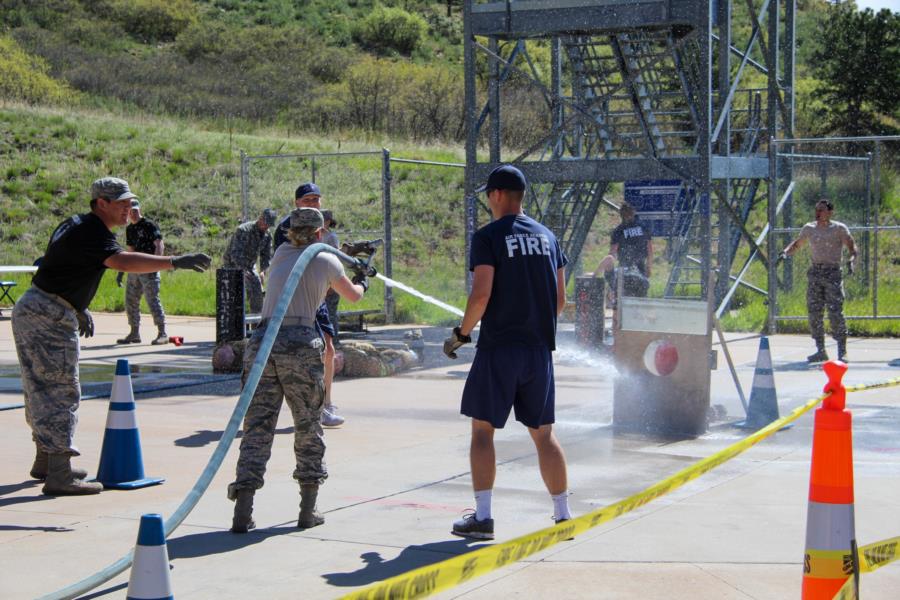 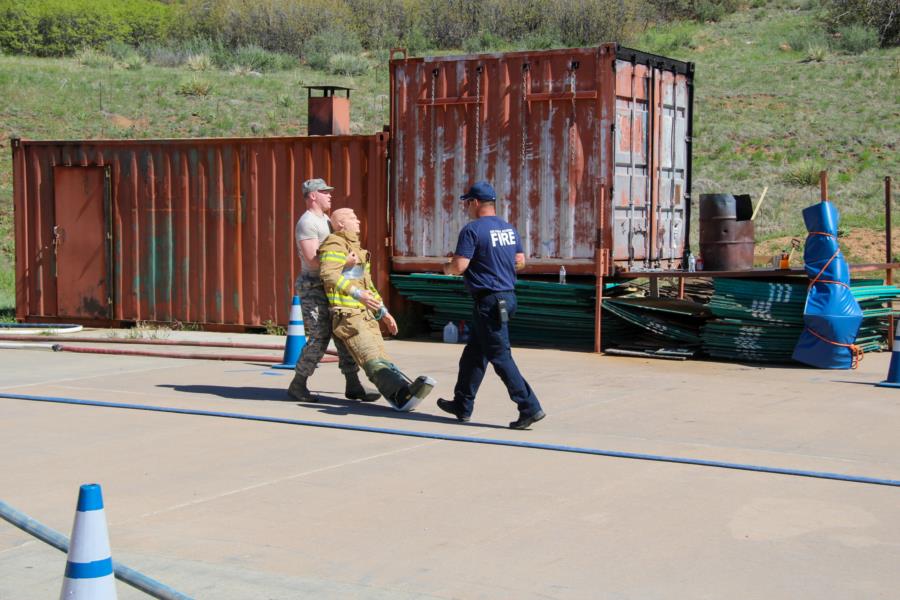 To catch a glimpse into the Fireman’s Challenge, go to Classes > Prep School > Prep TX or click the link below.