The Cadet Candidates had an AFT and PFT earlier this semester, but recently they had another round of make-up's both for those who didn't pass the first one as well as those who wanted to retake them to see if they've improved their score.

The AFT, otherwise known as the Aerobic Fitness Test is conducted during the Fall and Spring semester. With the cold weather we've been having lately the AFT was conducted in the Field House, otherwise known as Clune Arena. In order to complete 1.5 miles they had to run roughly 9 laps, and at the end of each lap Cadets must hold up their hand to show the number of laps they are on until they have completed the run.

The AFT is scored as follows: 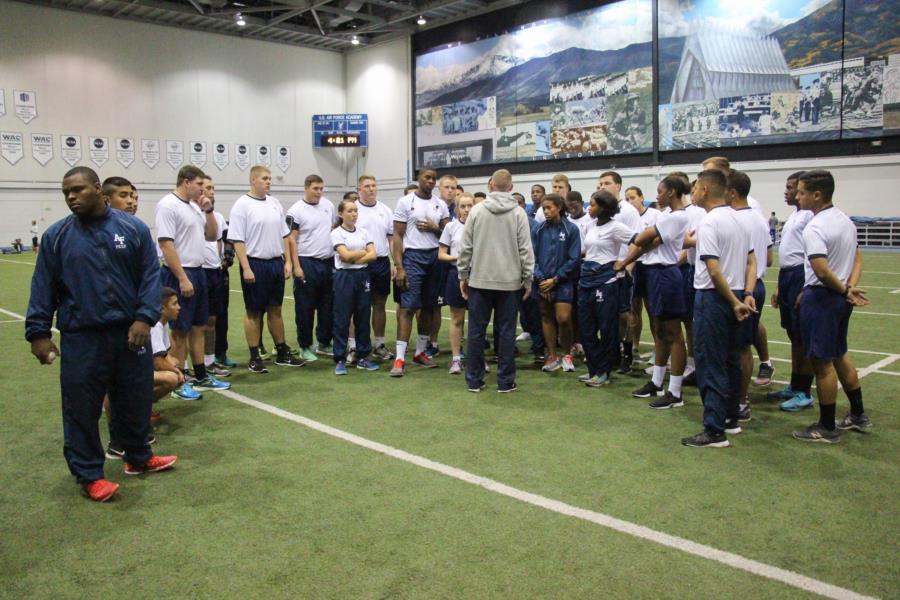 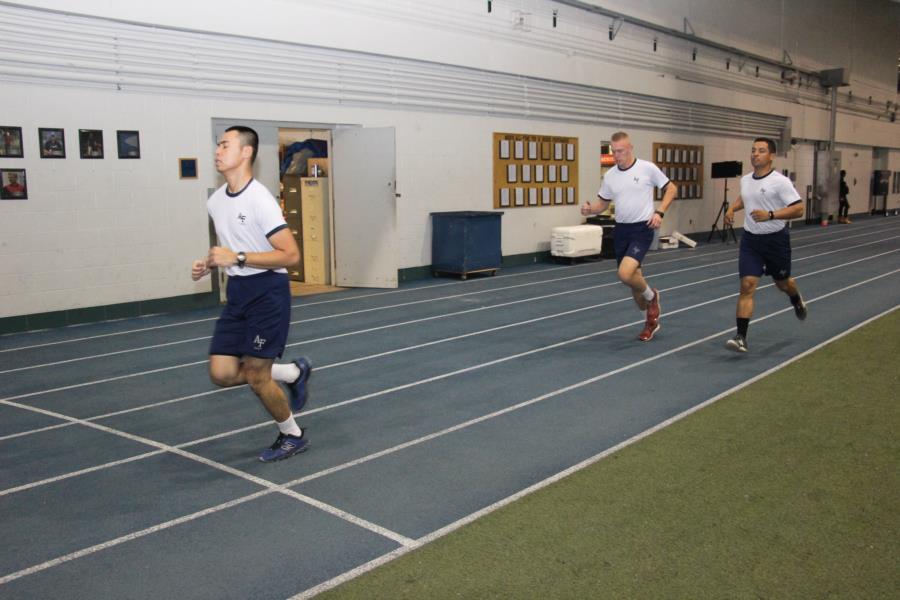 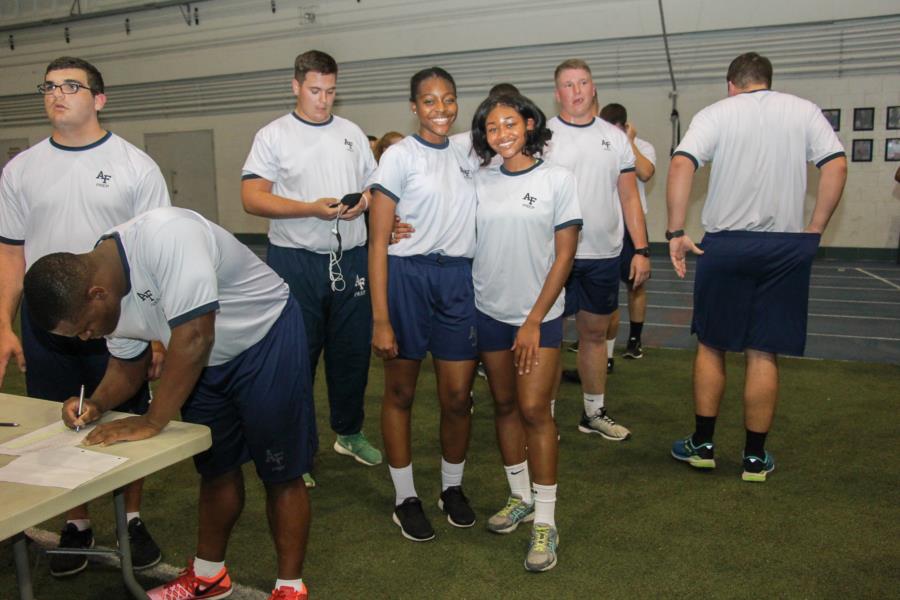 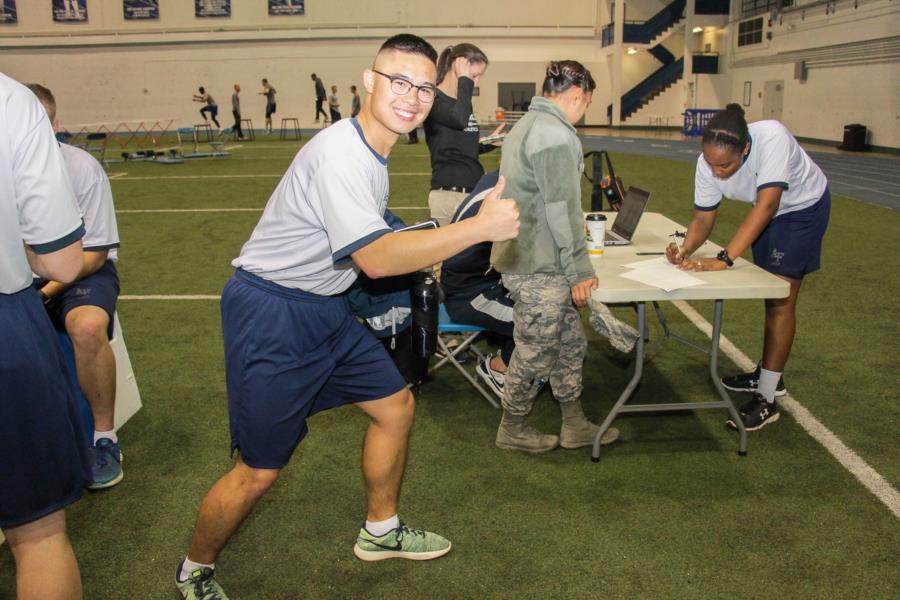 While at the United States Air Force Academy, Cadets and Cadet Candidates will take physical fitness tests each semester to measure their overall strength and conditioning. Proficiency is required in both the Physical Fitness Test (PFT) and the Aerobic Fitness Test (AFT). They are required to take both the AFT and PFT each semester of their cadet career.

We were able to catch a glimpse of the C/C's at each station. 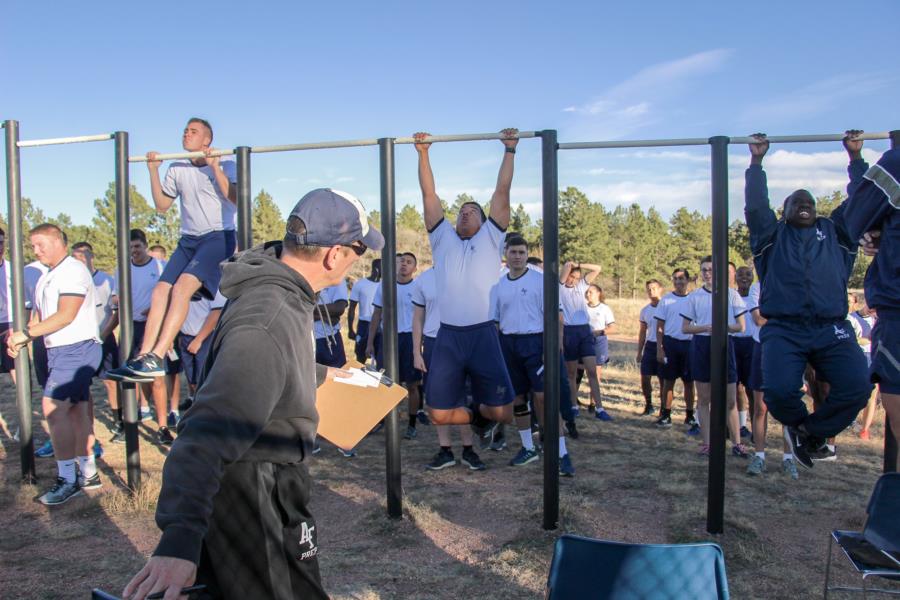 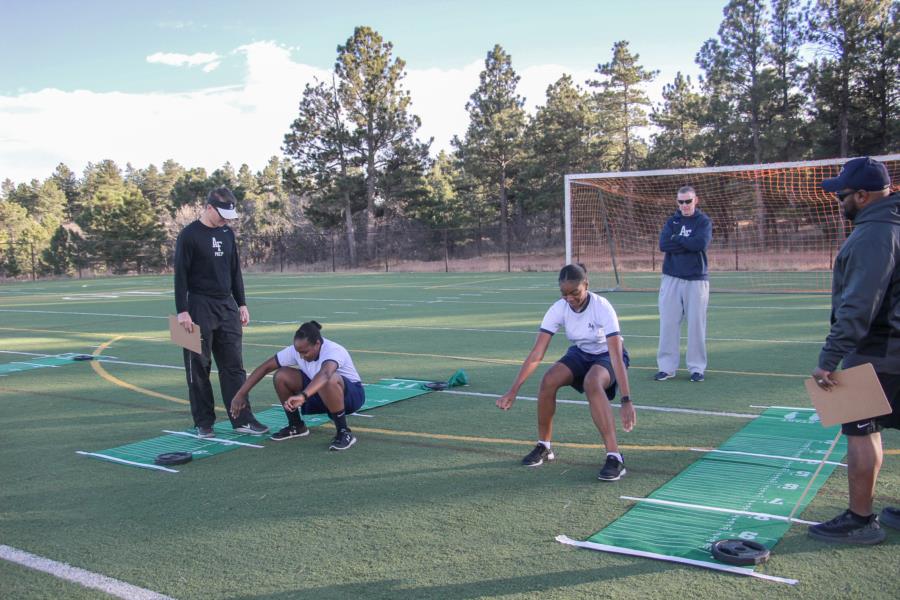 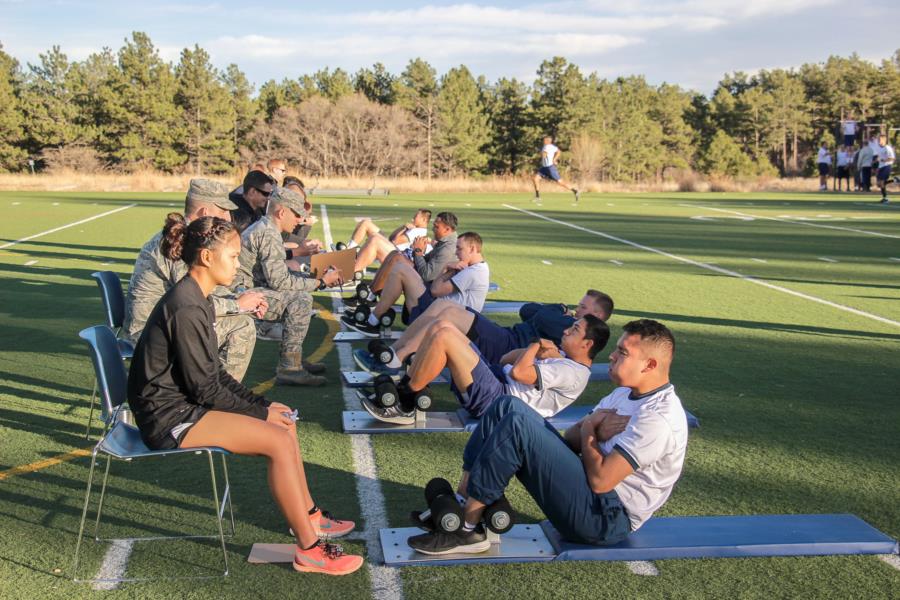 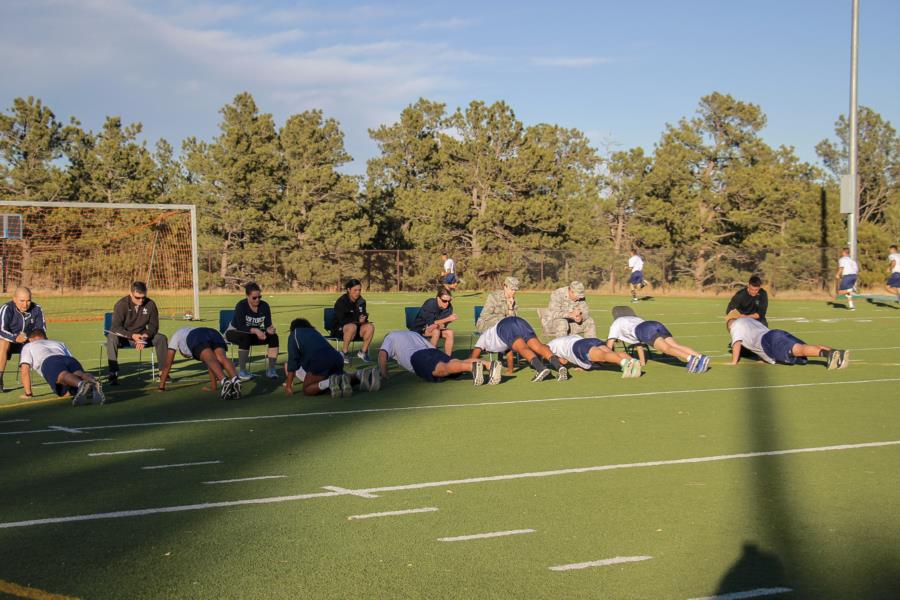 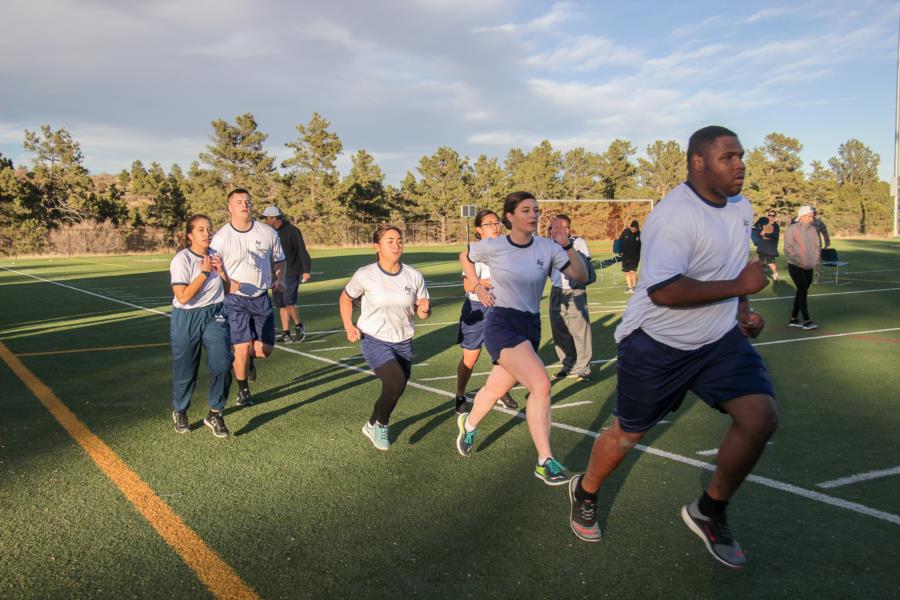 To view the rest of our glimpse into the make-up AFT and PFT go to; Classes - Prep School - Prep PFT/AFT. Or click the link below.