The Prep School had the honor of a visit with Captain (Ret) John McGrath who was a POW during the Vietnam War. He shared stories about his time as a POW with the Preppies and talked about his life experiences in and out of the Military. Here is some background on Capt McGrath. 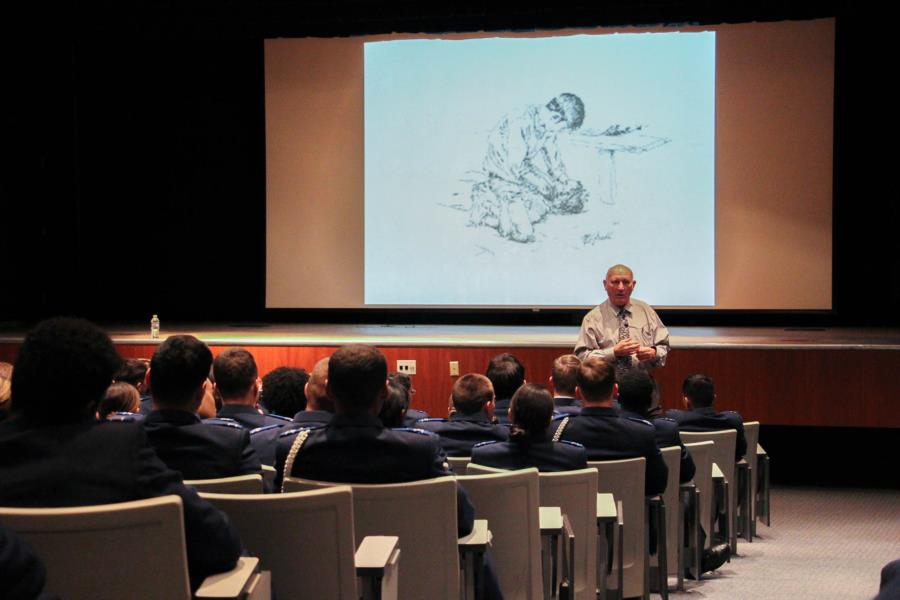 After he spoke about his experiences, several of the C/C's came up to present him with; A card, a Navy flag and Sweatshirt (USNA) and an AF Prep Hat. 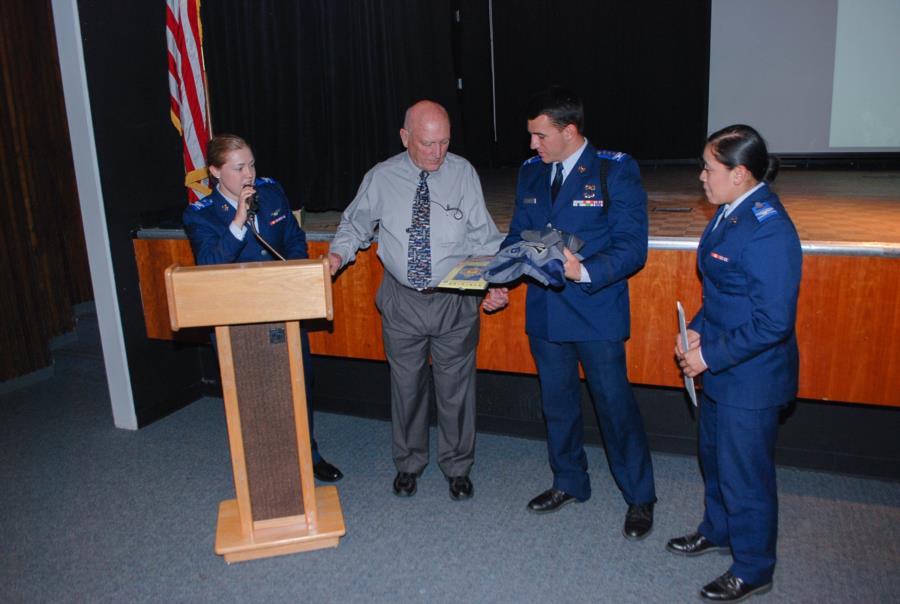 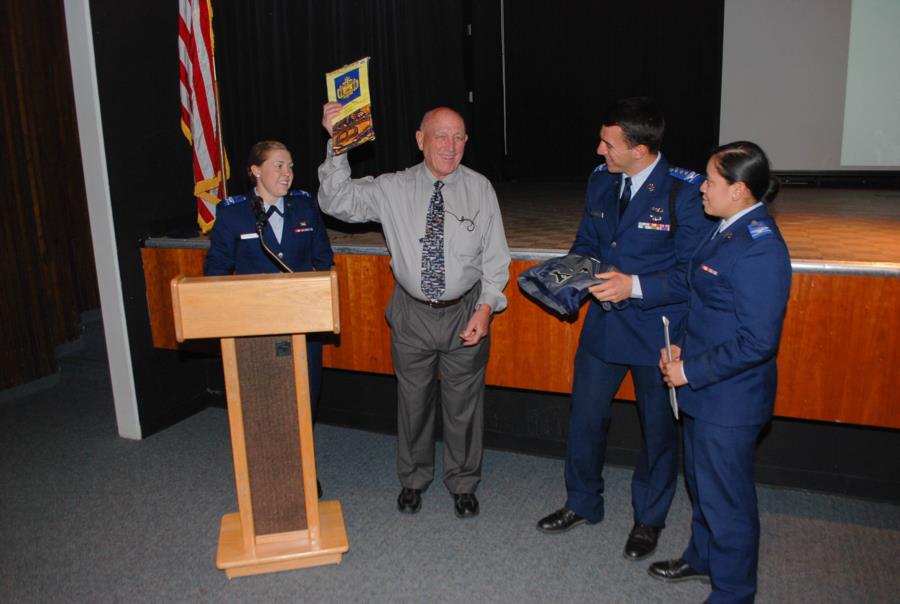 To view the rest of the pictures taken during his visit go to Classes - Prep School - Prep Life, pictures start on page 40. Or click the link below.