Preps In The Pool!

The basics had another full day starting with intramurals.  We slept in this morning, however.  Don't worry, we will get them in intramurals once more before the end of BMT.  Our photo opportunity today was the swimming assessment.  The basics were divided into groups based on their stated swimming proficiency.  Novice, Intermediate, & Advanced.  It was pretty much a bell curve with the biggest group being intermediate.   After watching them swim, I think some basics underestimated their skill level.  The novices worked in the shallow end, while the advanced were in the deep end.   The intermediates and advanced swam two lengths of the pool both free style and back stroke.  The novices swam across the pool and also demonstrated the ability to hold their breath under, float, etc.

Everyone seemed to enjoy the water.  It was a hot day today and the chance to get out of those long sleeved ABU's and cool off in the pool likely was a refreshing change in the daily grind of training.

Here are a few photos.  The rest are all up in the BMT gallery.  WebGuy Note:  Pretty sure I missed Charlie Squad completely.  I had a good reason.  This is the honest truth.  A rodent ate my wiring harness.  I got in my car to head to the prep school and every sensor in the car said DANGER!  Also the steering wheel was locked up.  Turns out that during yesterday's big rain and hail storm  little furry creatures sought shelter inside my engine and thought they would munch on the wiring.   Towing and car rental was involved, but I still got some photos!   Happy (but expensive) ending.  Wiring fixed.  Rental returned.  Back on track. 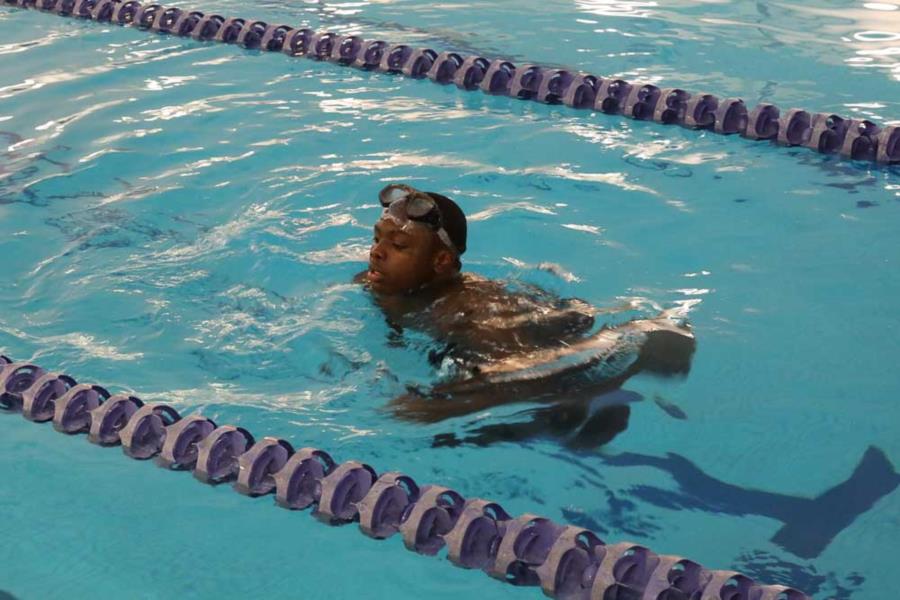 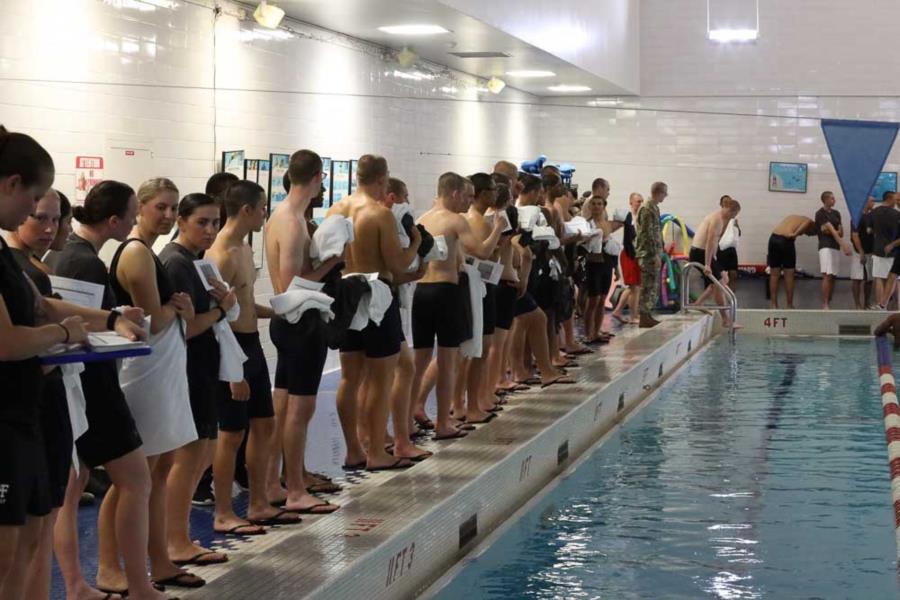 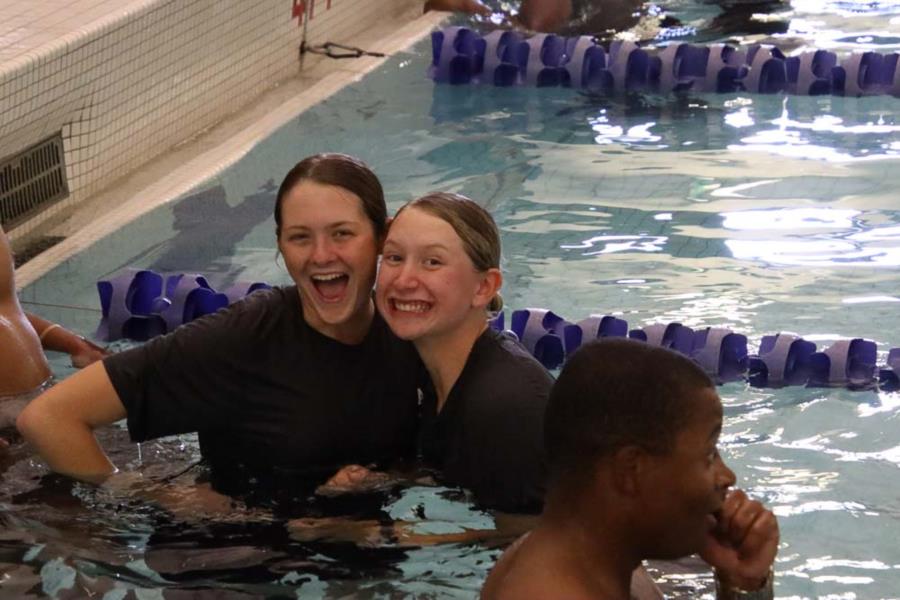 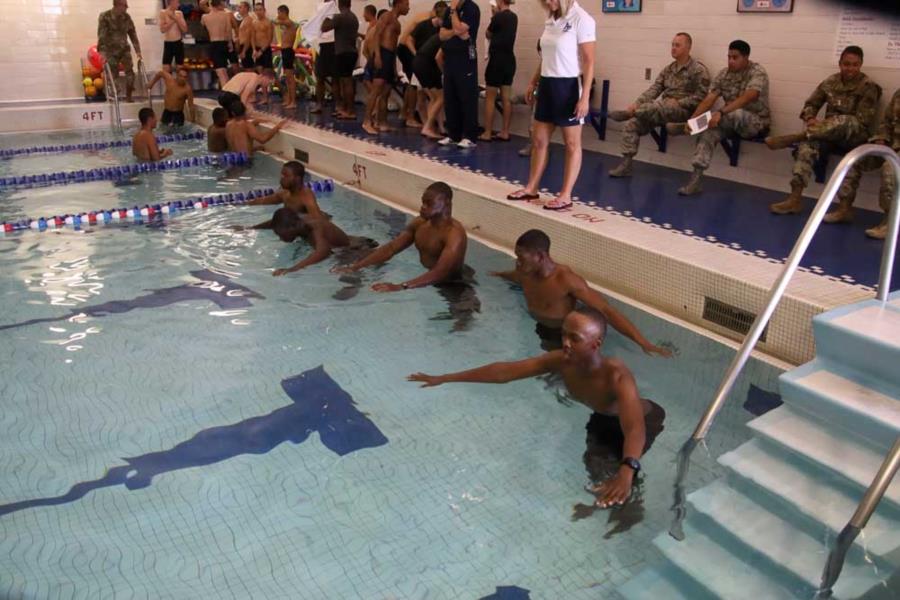 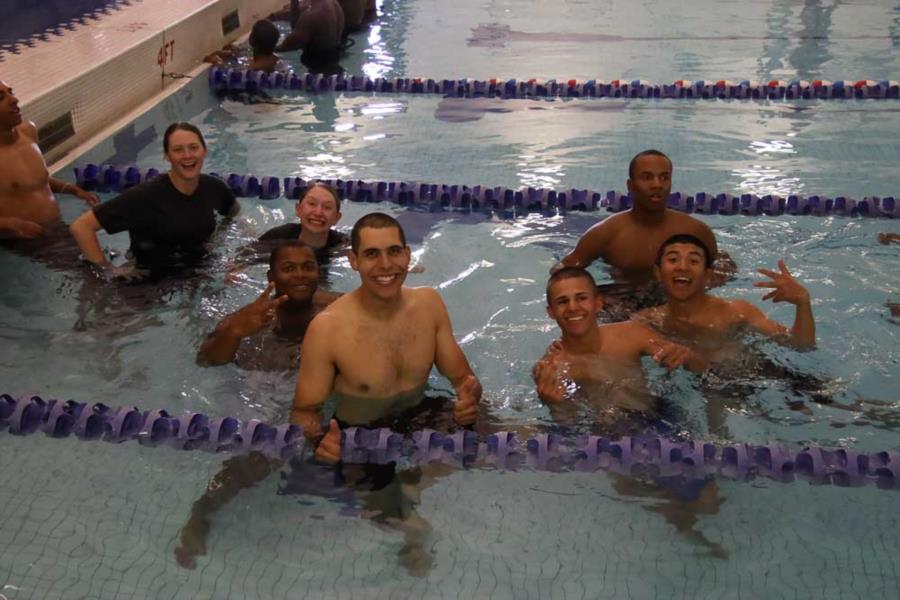 Tomorrow, is one of our busiest photo days.  We will be out early and the schedule has photo opportunities throughout the day, so there should be lots of pictures for your viewing pleasure.  Until then, enjoy all the smiling faces from the pool.