A group of 9 Preppies did a Presentation yesterday about the Tuskegee Airmen. 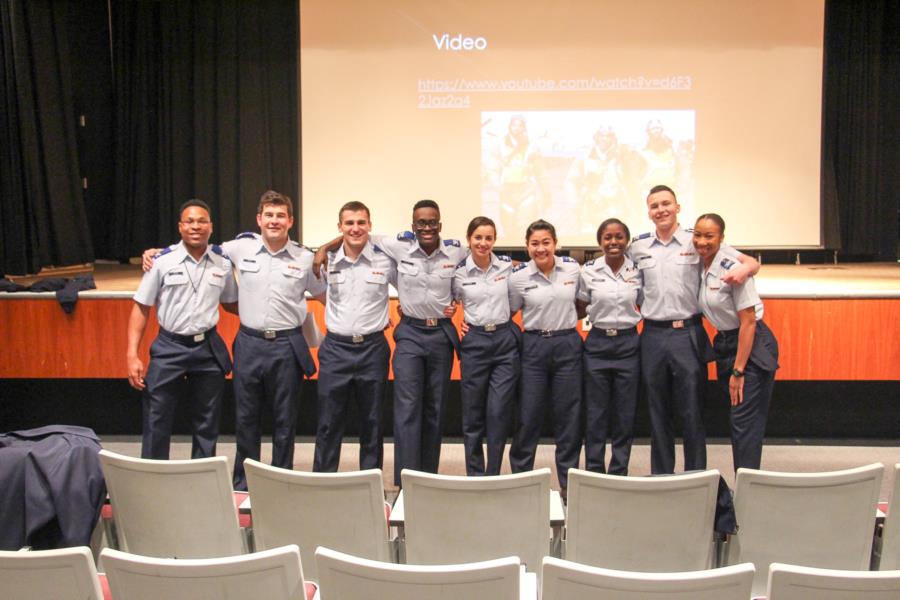 Normally, the Preppies file in, and fill in each row at a time in this Theater. When the last Preppie is in the row, that person calls out "Row take seats" and the row sits down together. This happens with each row as they file into the theater.

Yesterday, the group of Preppies that organized the presentation asked the rest of the Preppies to file in, in sections and depending on their race they had to sit on a certain side of the theater and not together as a whole. It wasn't meant to offend anyone but to teach them about what it was like, as if it were during the 1940's, when segregation was in place and these men were Pilots. To give the rest of the Preppies a glimpse, of what these men had to go through.

I can't tell you how strange it felt. Weird. Not right. Even though I was just there as the photographer. Even though it was just part of the presentation.

It opens your eyes to the amazing changes we've made as a Military, as a country, and as a world. 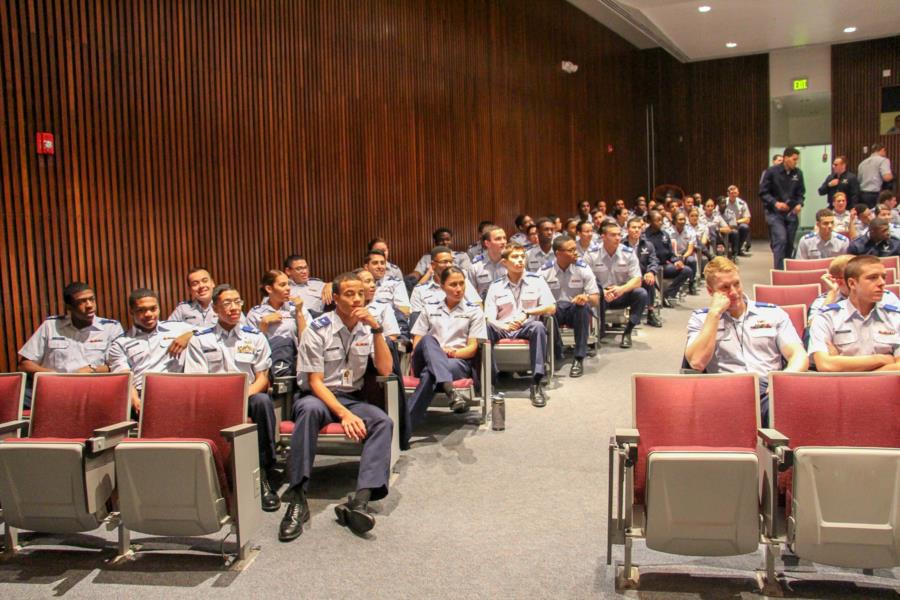 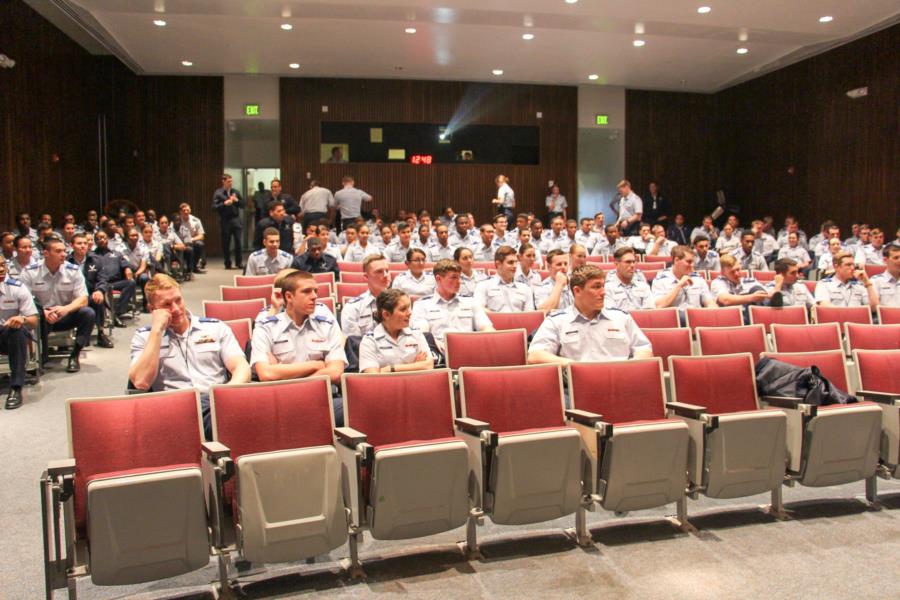 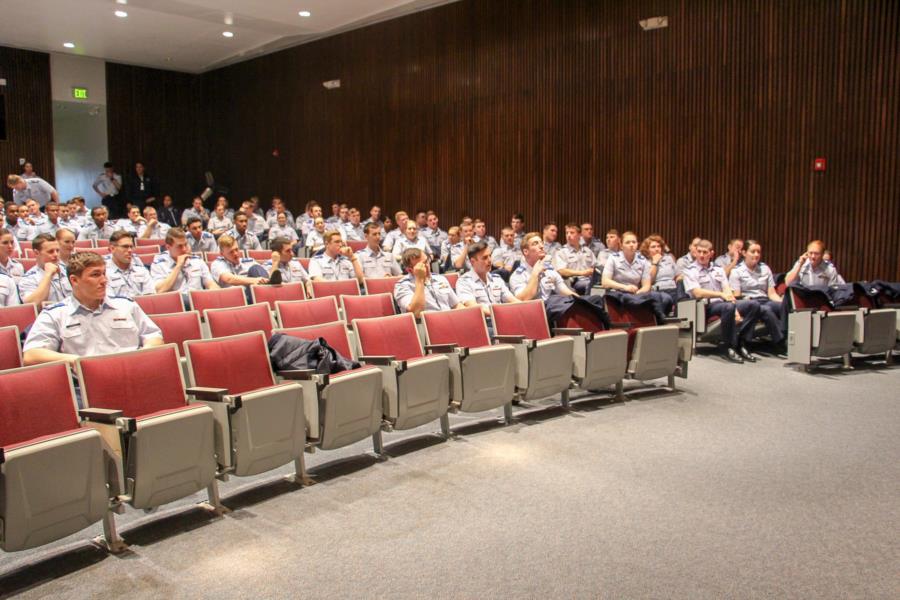 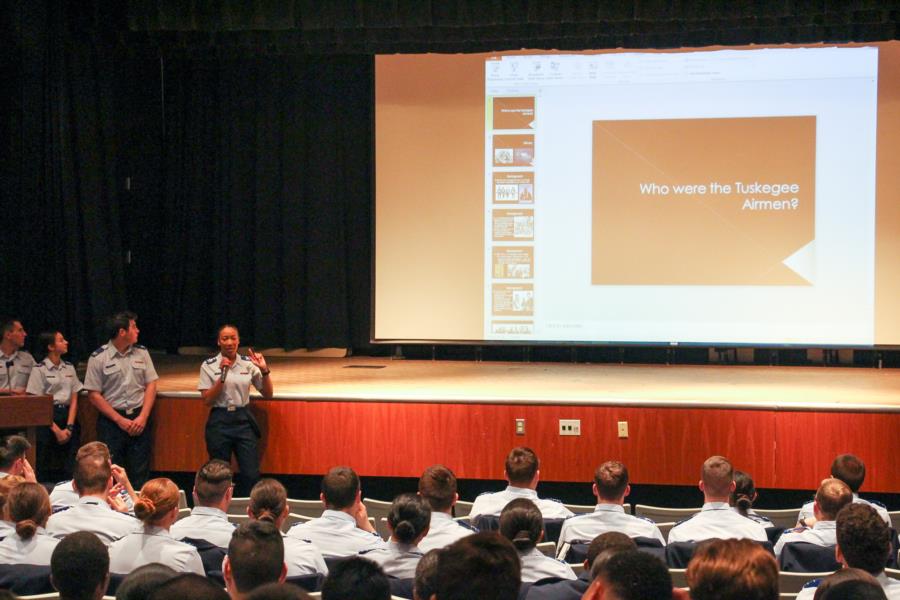 In 1940, under pressure from black activists and President Franklin D. Roosevelt, the USAAC reversed its position on accepting black flight program applicants. However, the brass was not fully committed to this change and anticipated that the program would fail spectacularly.

The new program’s cadets were determined to create a record of excellence during their training and future war service so there could be no doubt about their value as patriots and aviators. 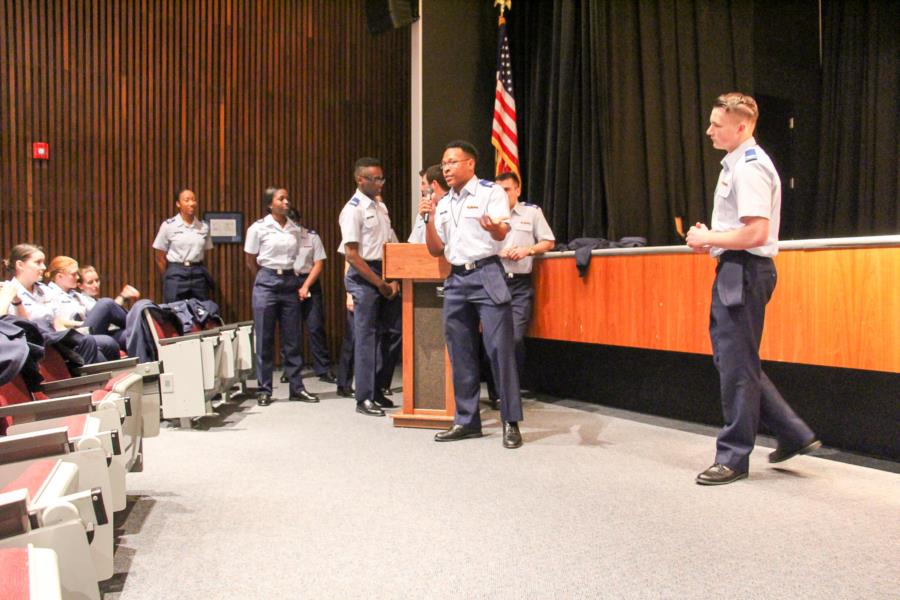 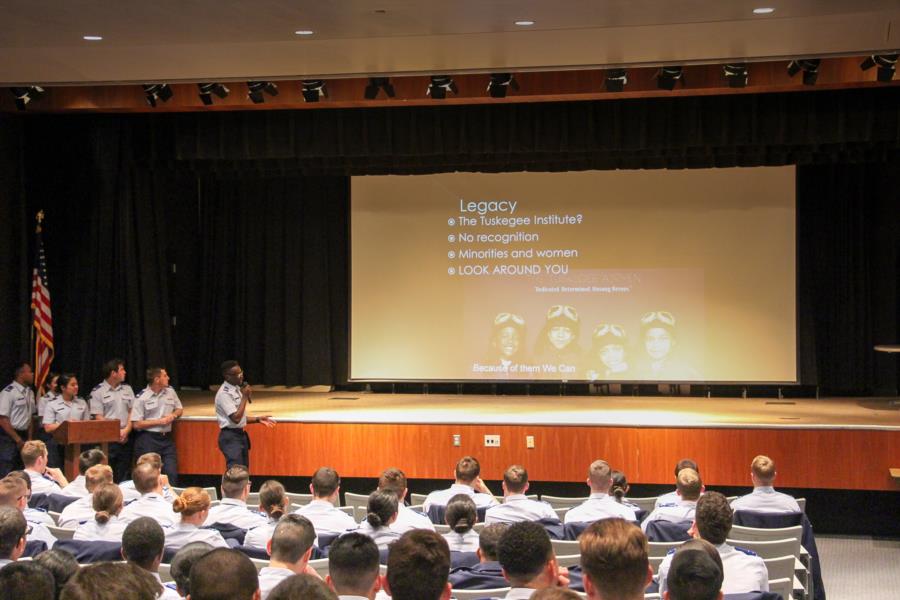 Why did they join with everything going against them at the time?

Fighting for a better life was worth it. Although coming back home from a successful escort  was something to be proud of the fight  to be respected as an African American pilot was not easily changed. But what they did, made an impact and eventually a change.

Daniel L. Haulman, Ph.D., chief of the Organizational Histories Branch of the Air Force Historical Research Agency once said, "If they did not demonstrate that they were far superior to the members of the six non-black fighter escort groups of the Fifteenth Air Force with which they served, they certainly demonstrated that they were not inferior to them, either. Moreover, they began at a line farther back, overcoming many more obstacles on the way to combat … Their exemplary performance opened the door for the racial integration of the military services, beginning with the Air Force, and contributed ultimately to the end of racial segregation the United States."

To view the rest of the pictures taken at the event, go to Classes - Prep School - Prep Academic Studies. Or click the link below.