Earlier this week the C/C's were shown several demonstrations to give them some insight on what it means to be in a Security Forces career and the types of things they can do or work with, within their jobs.

Each squadron rotated between these three demonstrations over the course of an hour.

The first demo went over some mock situations and responses of a Security Forces Dog and their handler. Parts of the protective equipment worn during the demo were passed around to the C/C's so they could see what it looked like up close. 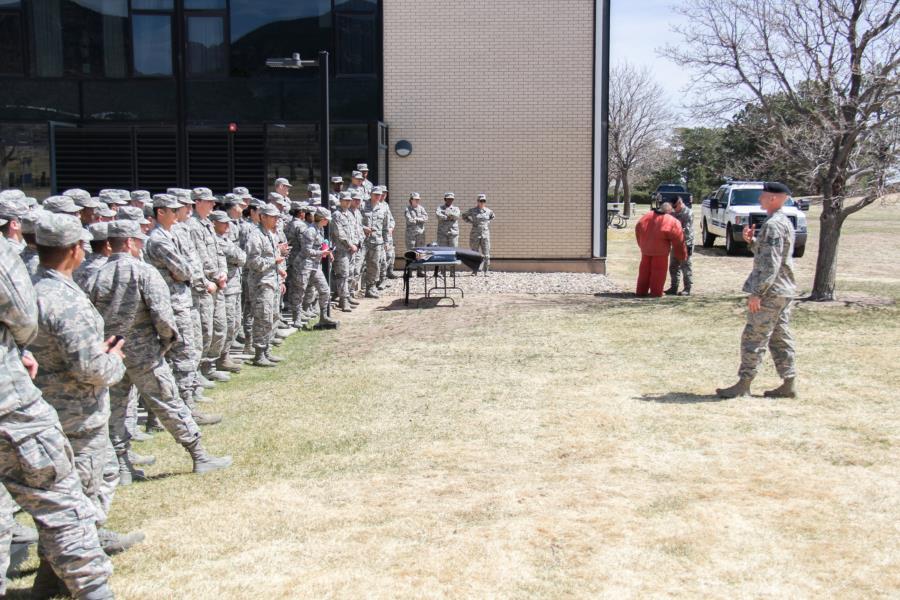 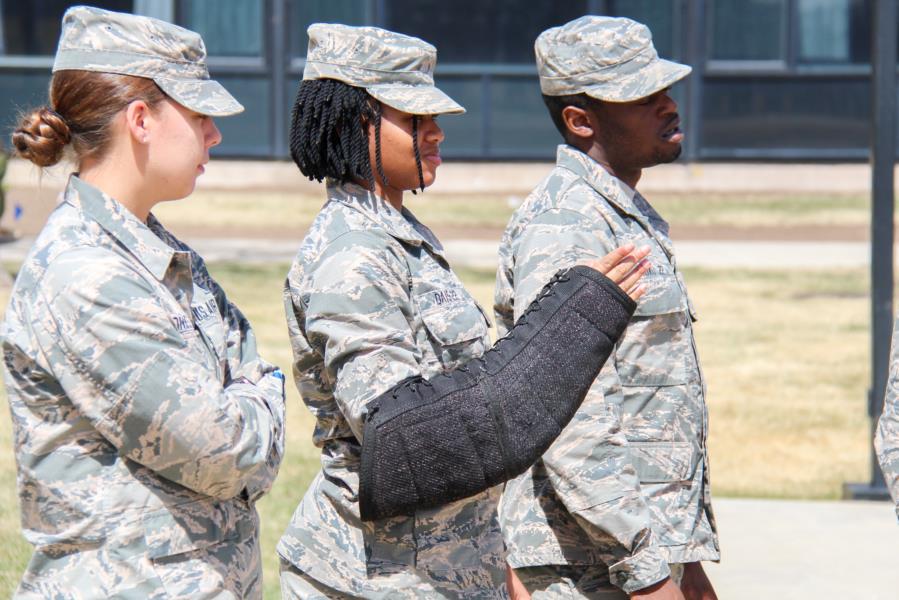 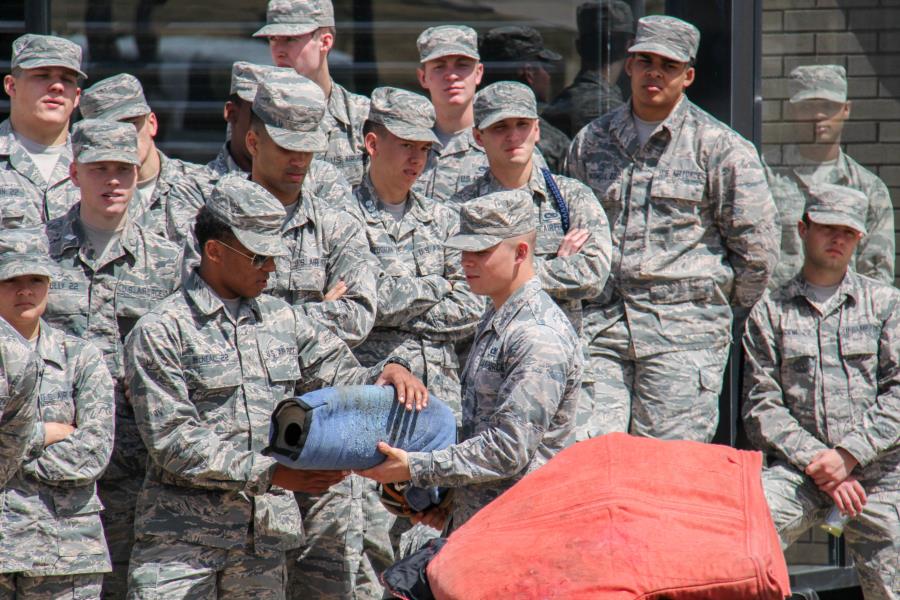 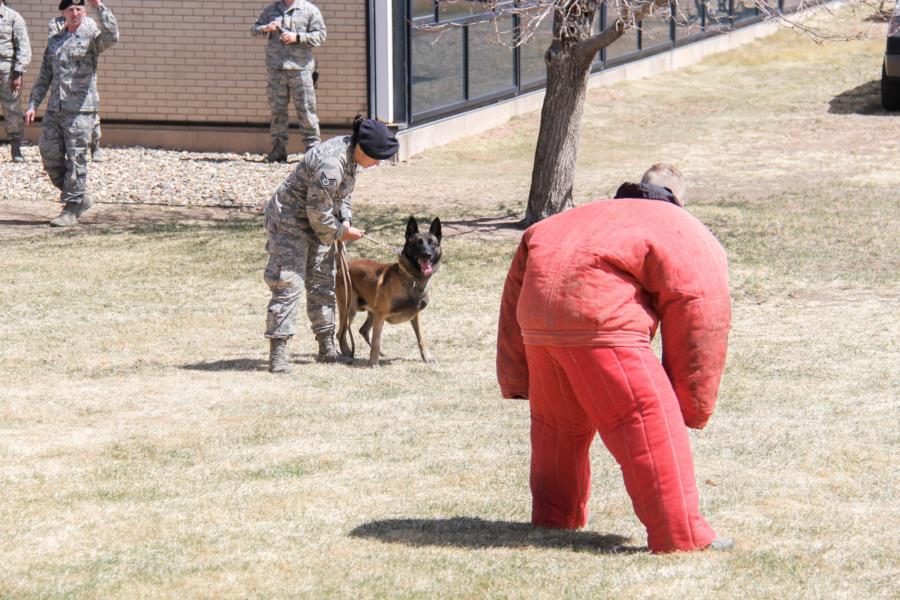 At the second demo Security Forces showed and talked about they arm themselves with on a day to day basis, after the demo C/C's had the opportunity to go up and see what was brought out up close. 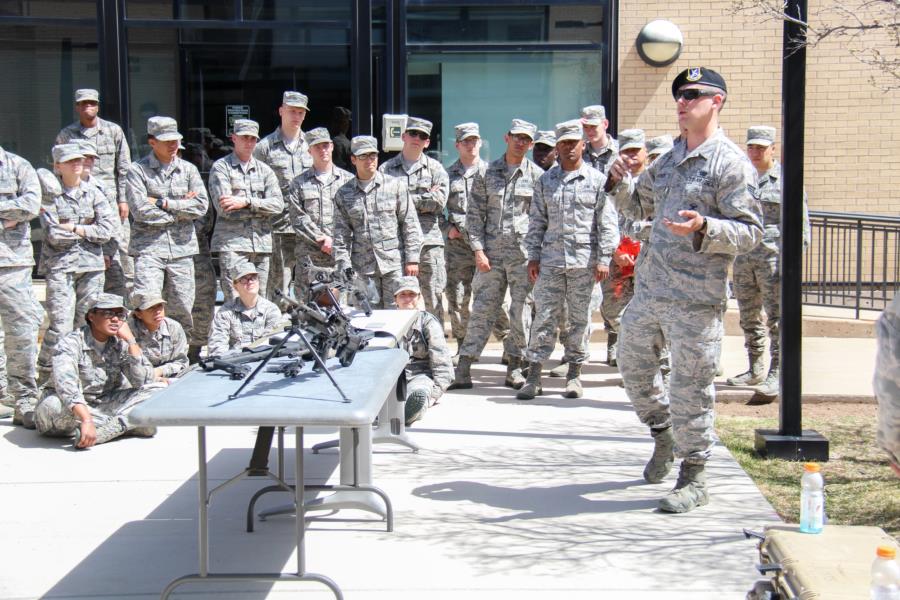 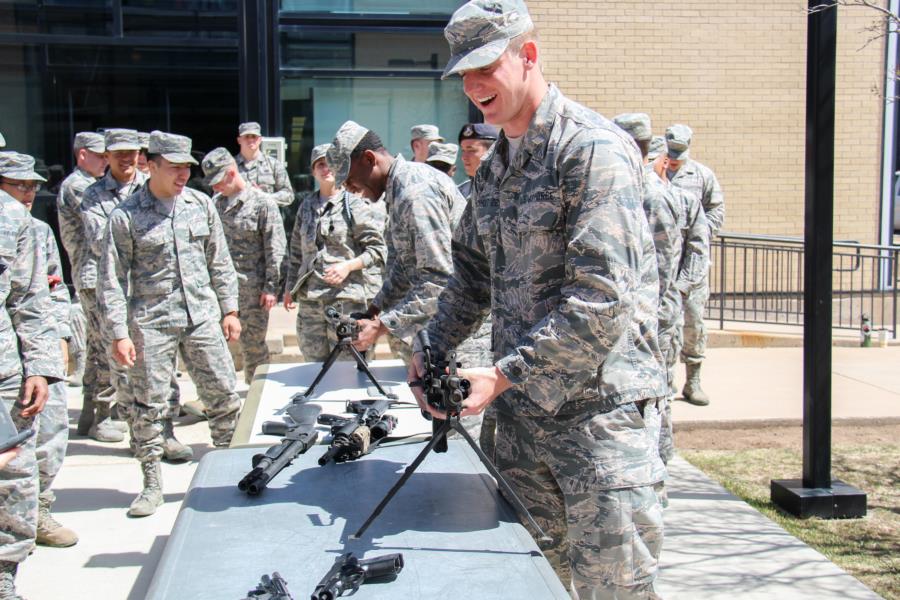 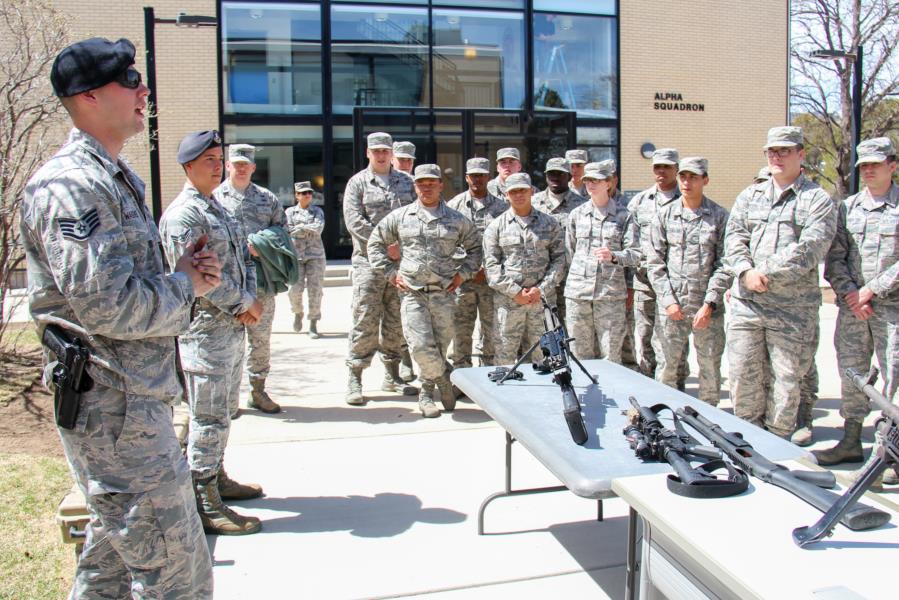 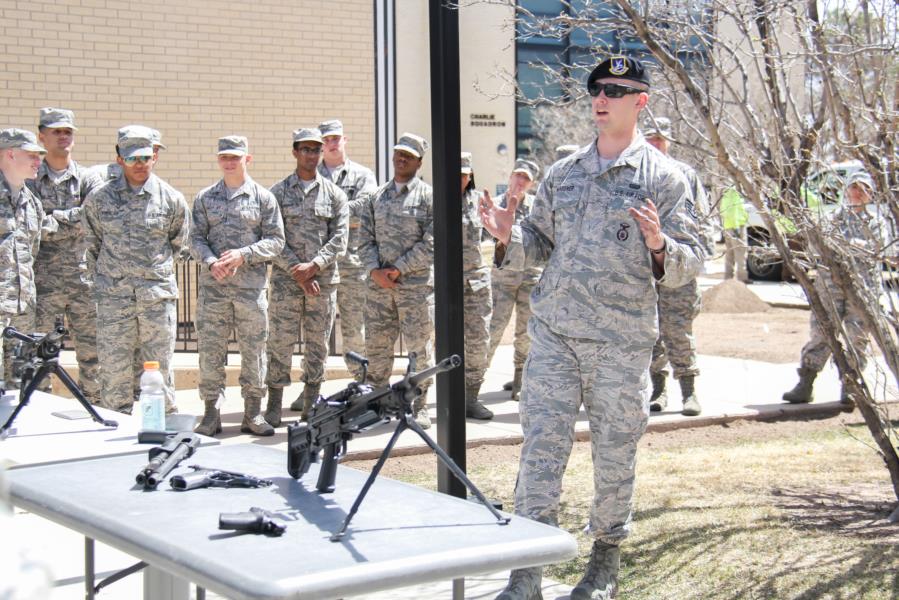 Finally, the third demo was all about Tasers. C/C's who wanted to, could even fill out waiver forms and get tazed by the men providing the demonstration. 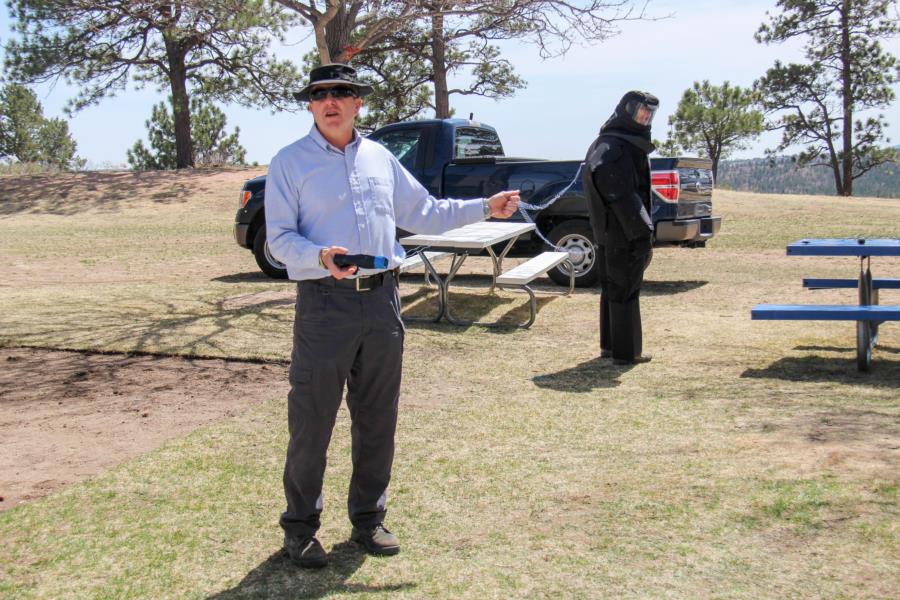 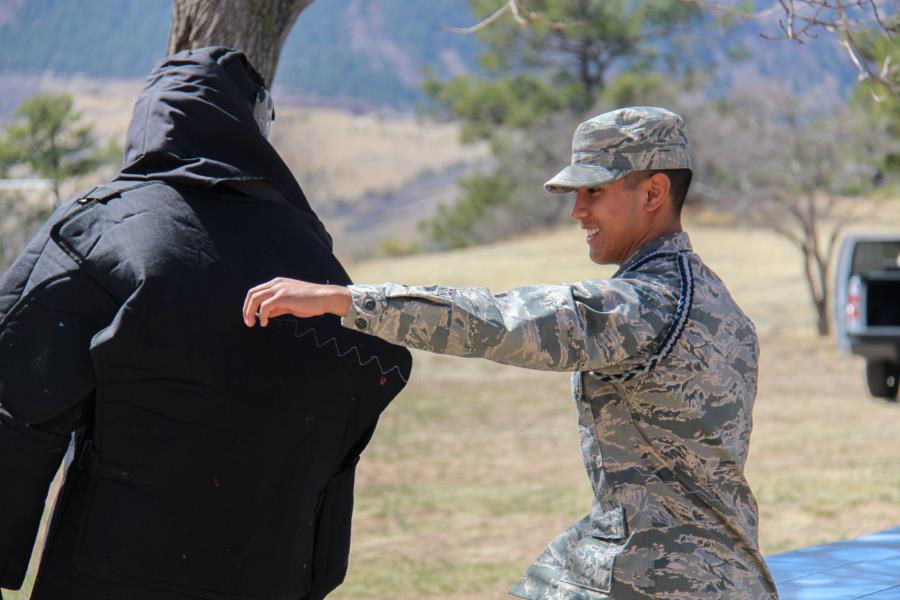 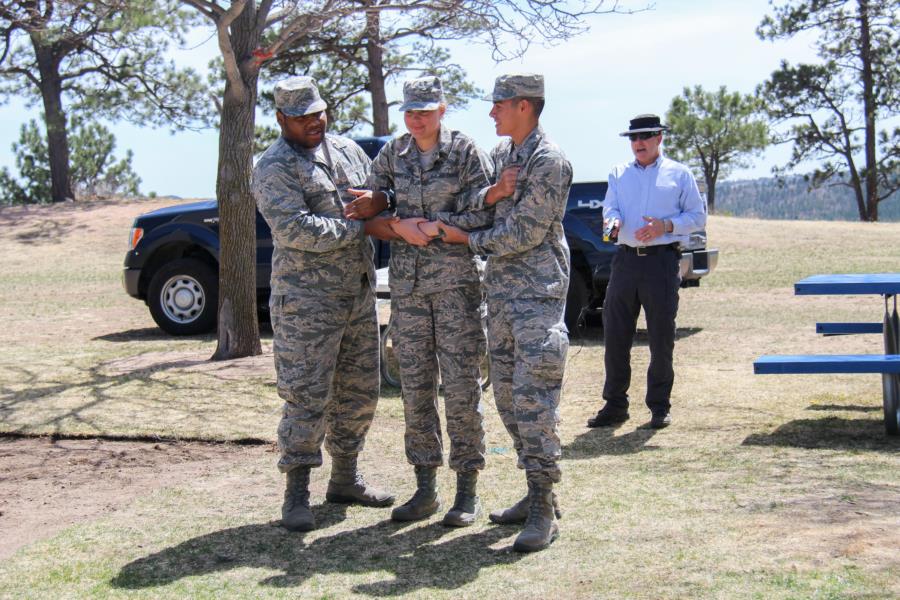 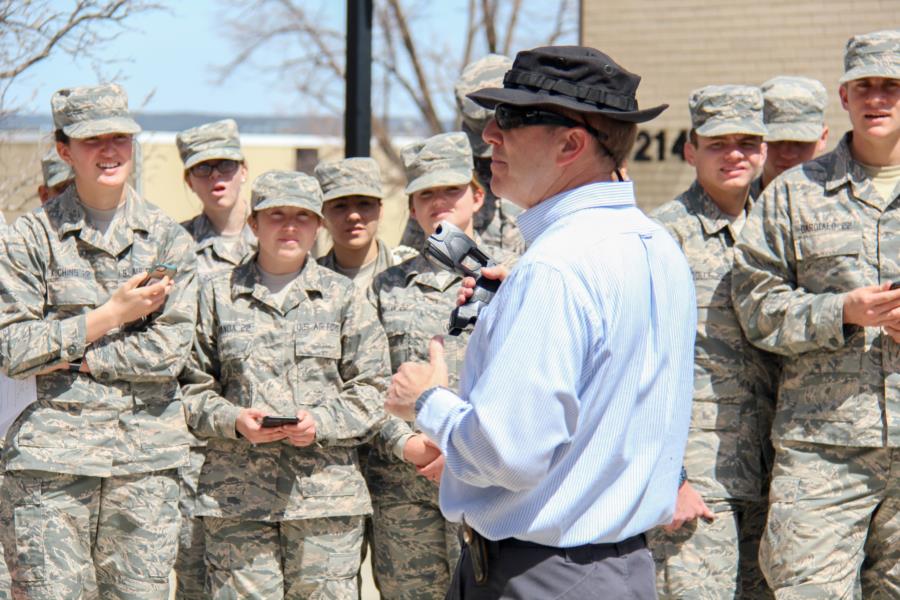 Overall, the C/C's seemed to enjoy and learn a lot at each of these demonstrations.

To view the rest of our glimpse into their Security Forces Demo day go to; Classes - Prep School - Prep Life. Or click the link below.