The Prep School Cadet Candidates were busy the past two days touring USAFA with cadets as well as participating in the Low Rope challenges at the outdoor ropes course on USAFA.

The Ropes course consists of several different challenges.  This morning each group rotated to four different events.  These events were:

Walking Log: CC's had to stand on logs with ropes attached and move as a team over a green rope to get to the tennis balls on the ground.  Once they reached the tennis balls, they had to pick them up and throw them into the bucket.  If a team member touched the ground or fell off, they had to rotate to a different team.  This challenge had them using both mental and physical capabilities to solve the challenge. This was one of the most fun challenges they faced and watching them communicate was interesting and fun to watch! 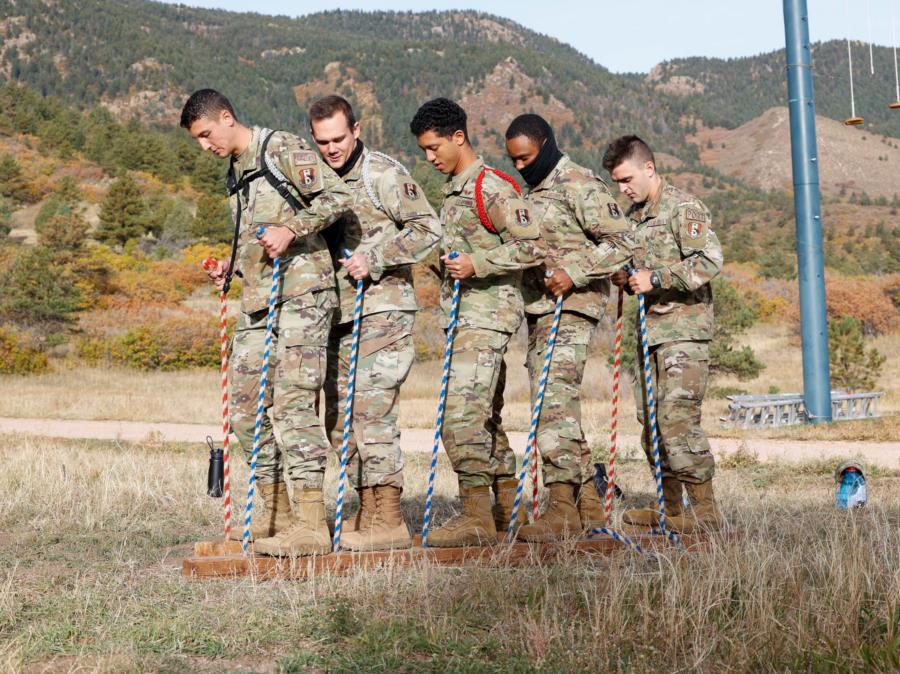 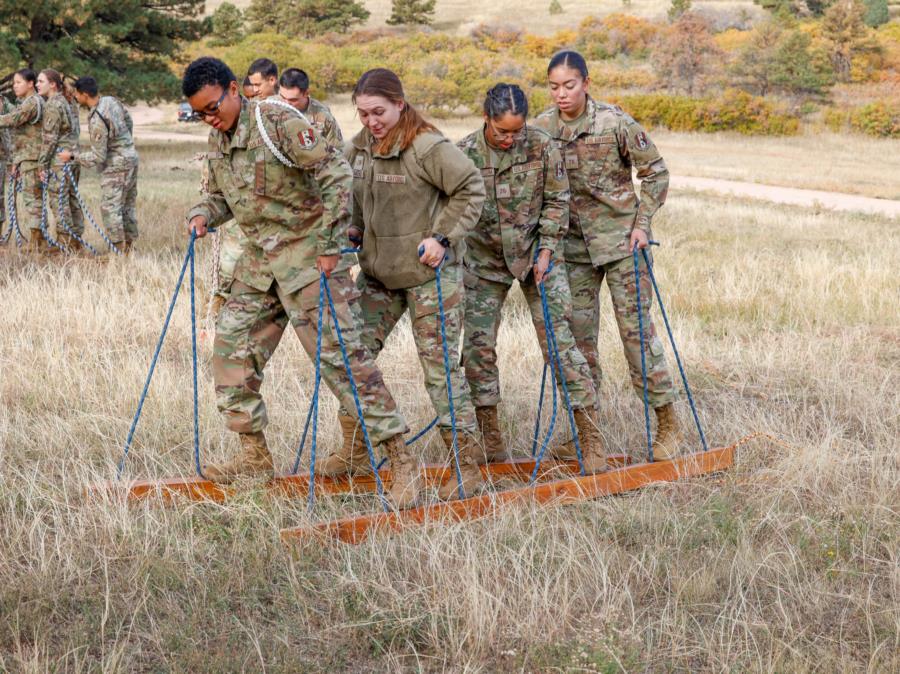 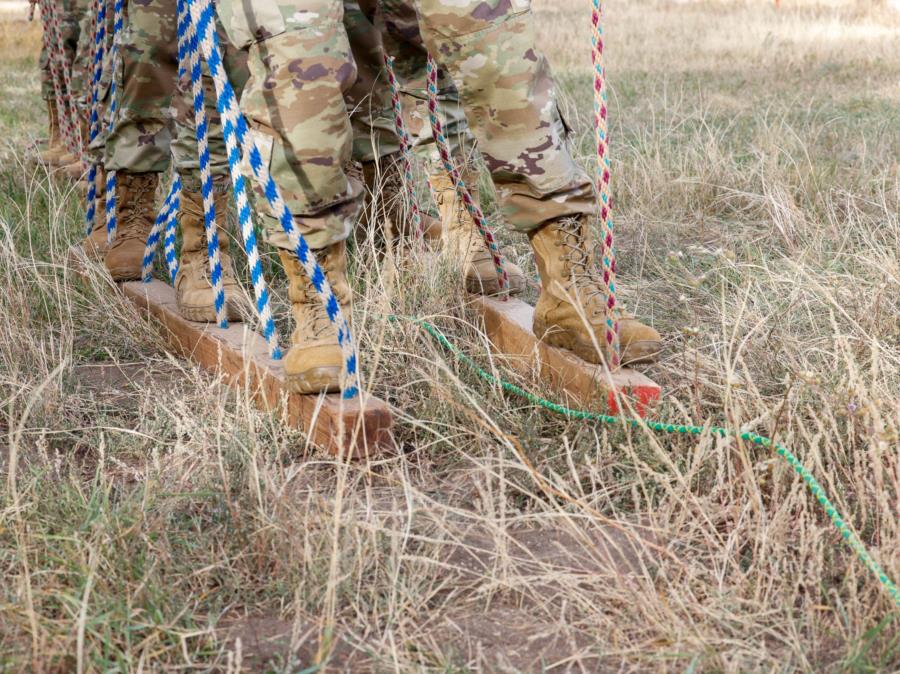 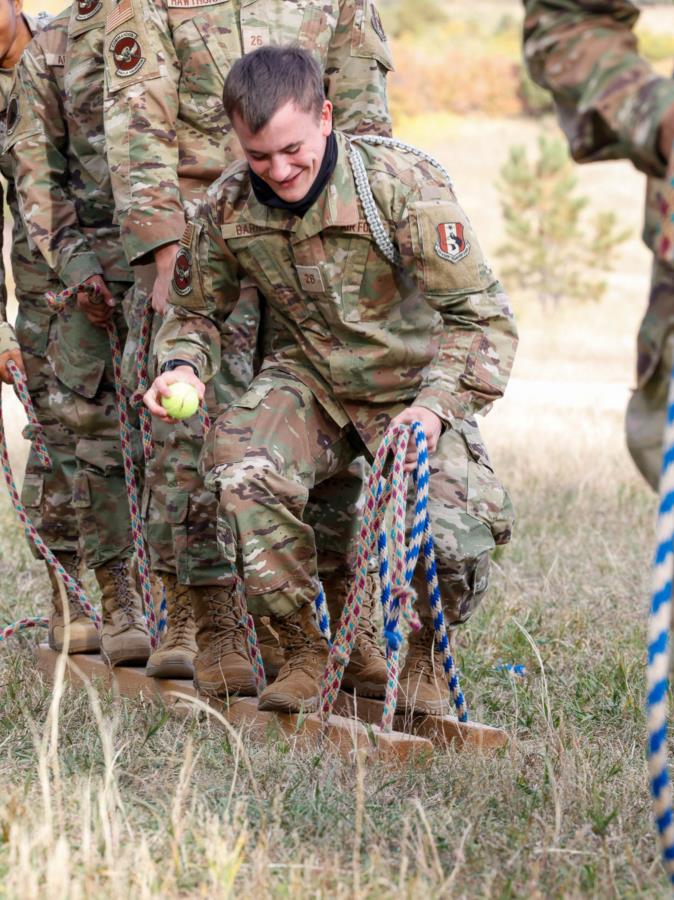 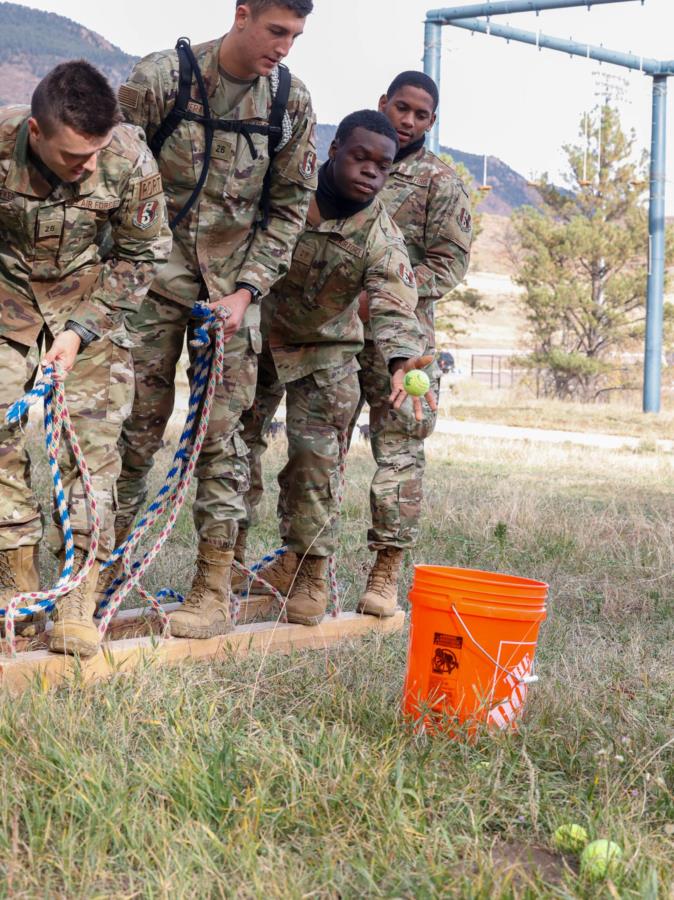 Square rotation: On this challenge, all CC's had to be on a side of the square.  Then as a group they would have to rotate around the square, with them periodically having to move members individually to another beam without falling off. 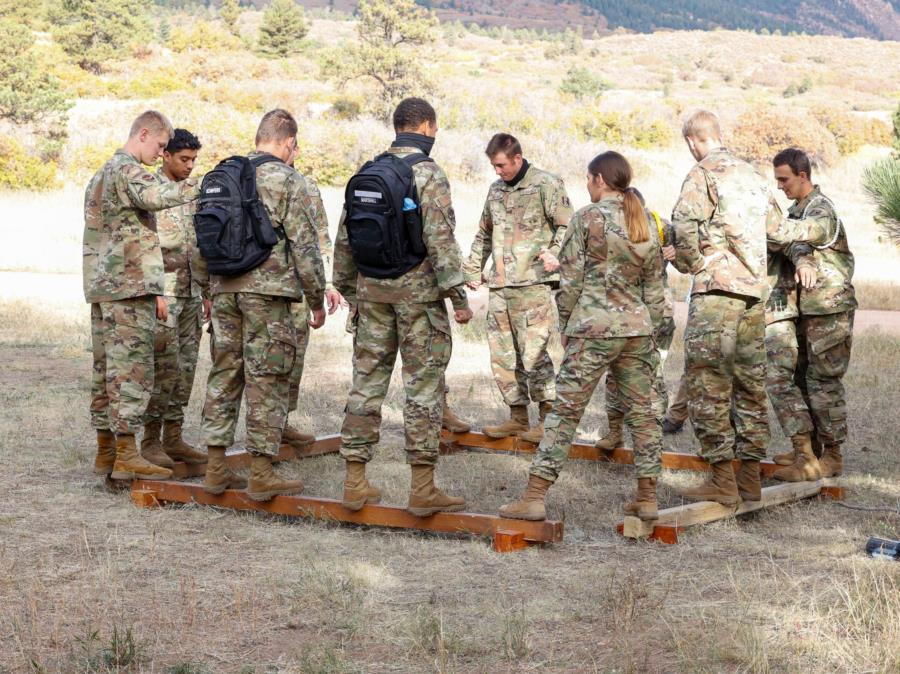 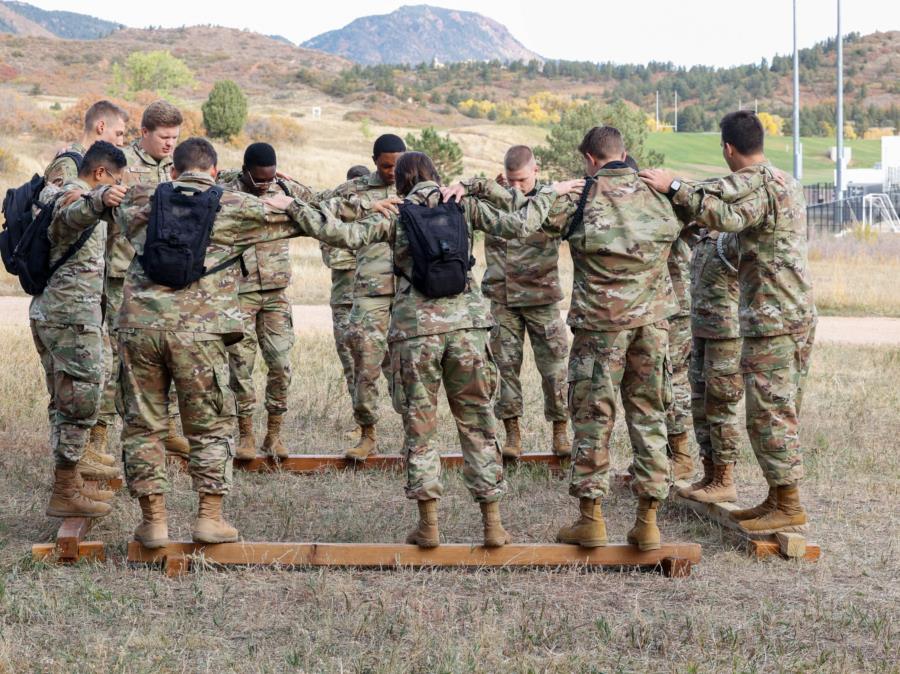 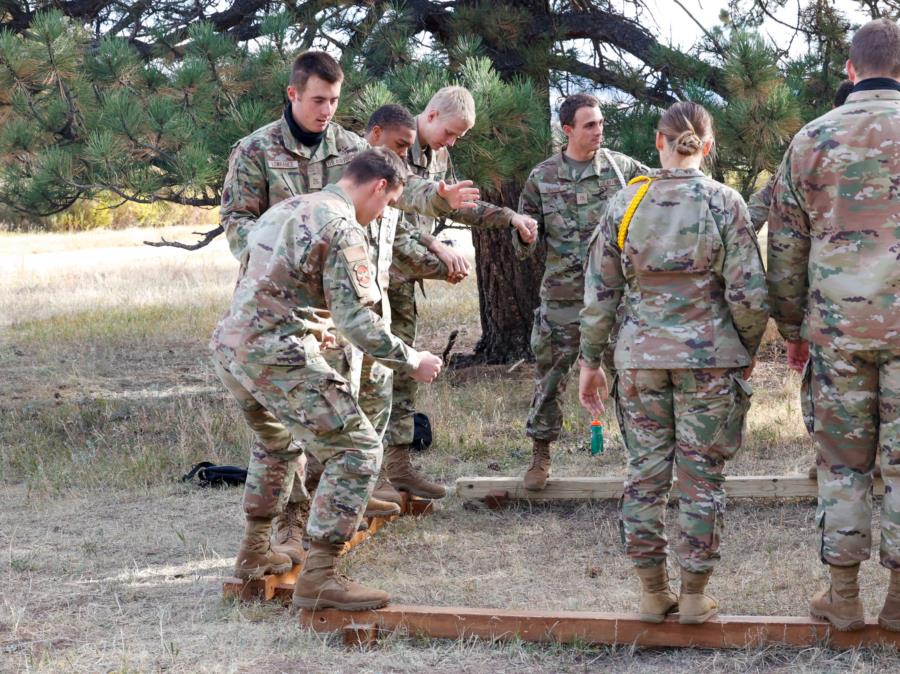 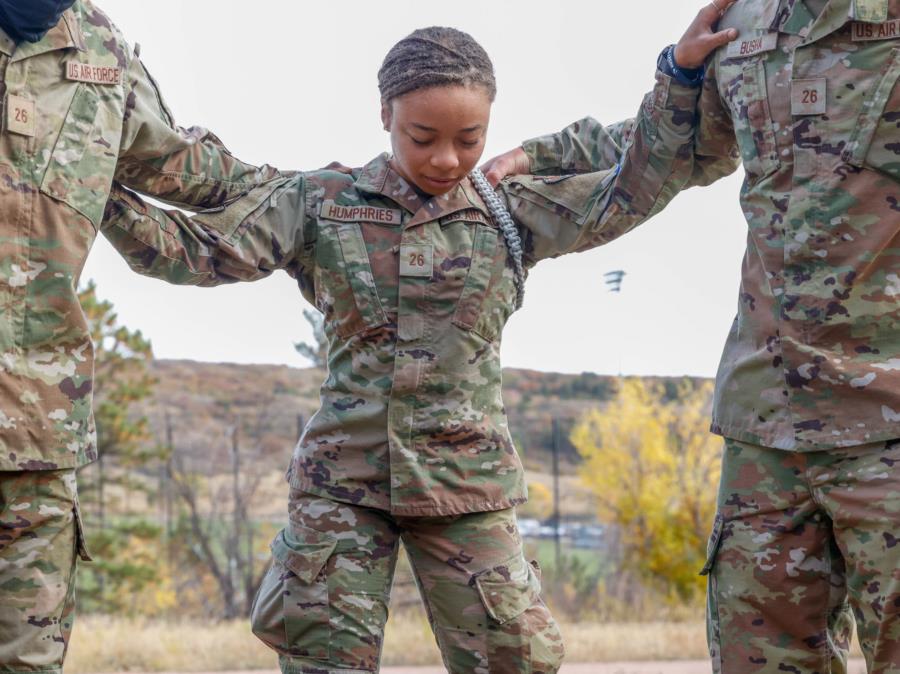 Build a Cube:  There were several different lengths of PVC pipe and the CC's had to work together to build a perfect cube using the materials available.  Some teams accomplished this task with ease, while others struggled a little bit more. This task was more mental than physical and communication was a big part of success. 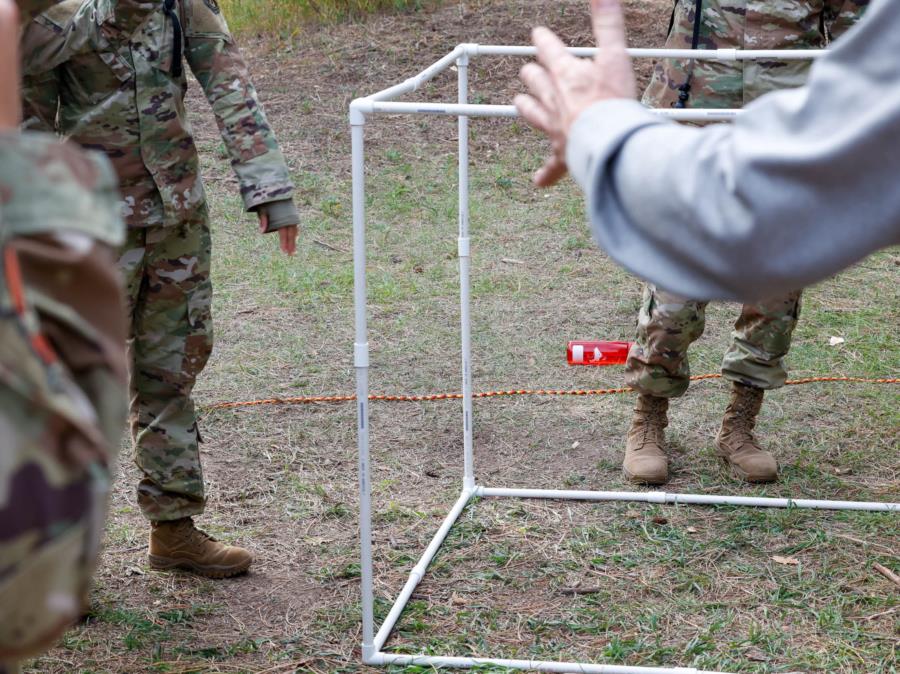 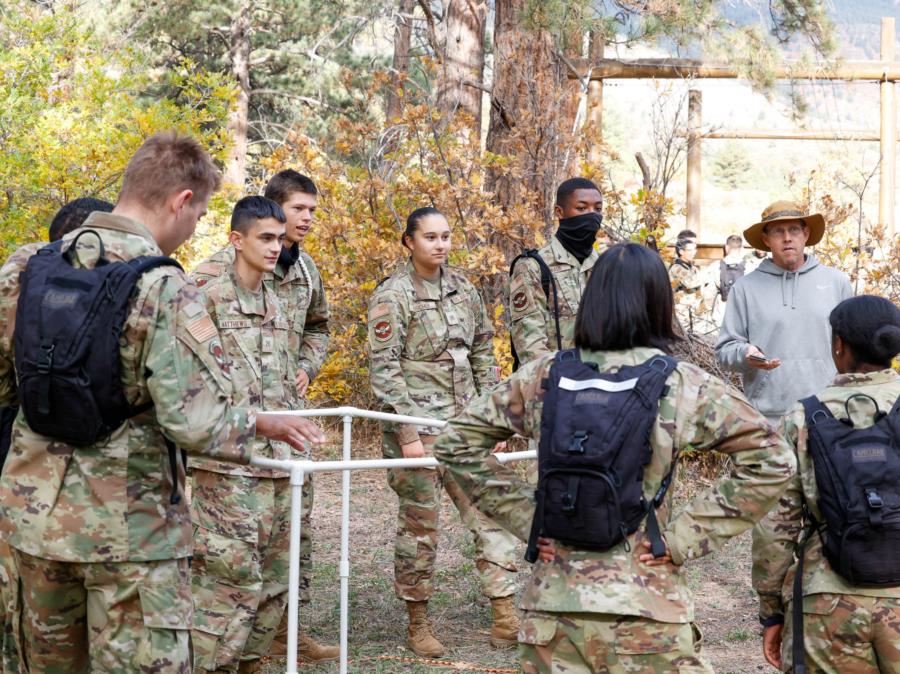 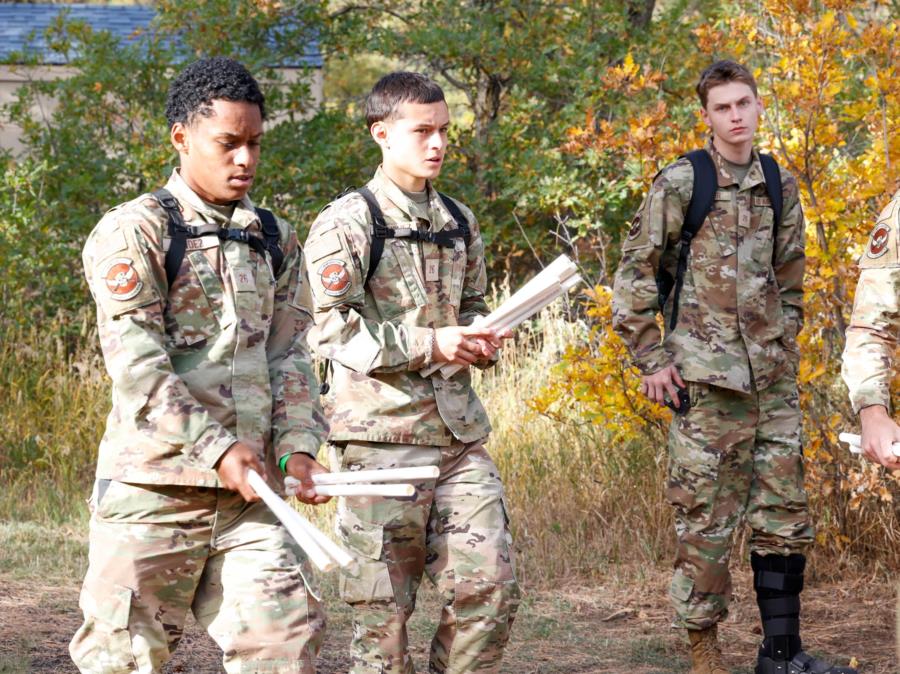 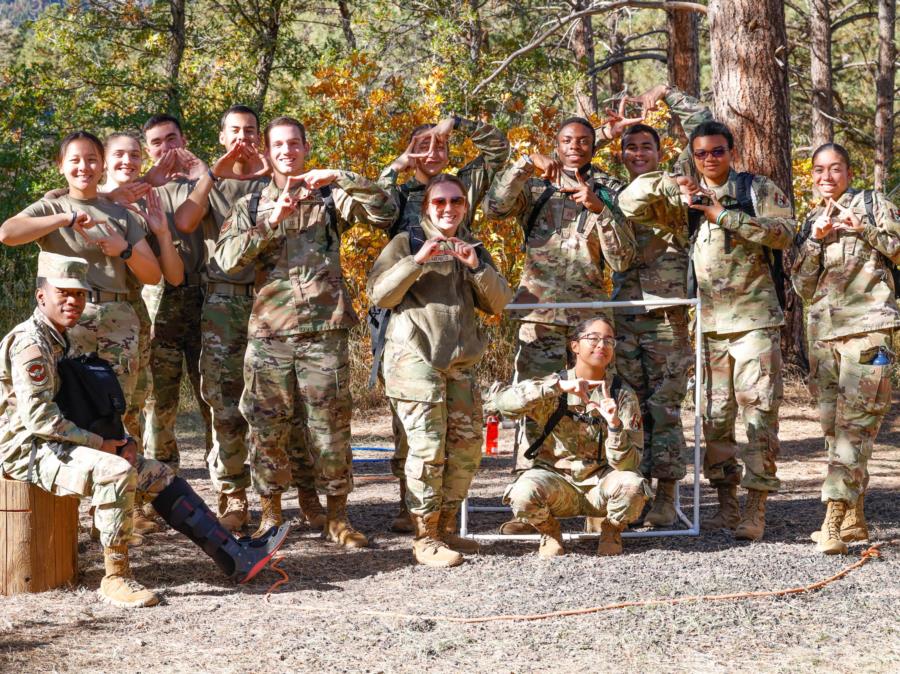 Spider Web: There were two spider webs at this challenge.  The CC's divided into two groups and went to a spider web.  They had to pass the green rope through 15 of the holes in the spider web without the rope touching the web.  After this was accomplished, they switched webs, which helped teach them how to adapt to a similar situation, but with some differences. 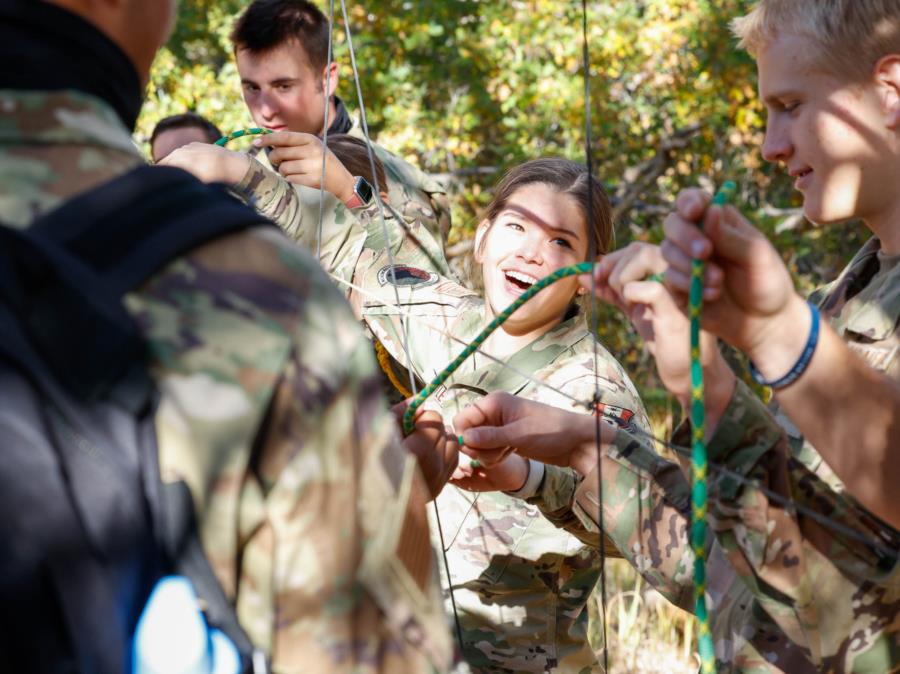 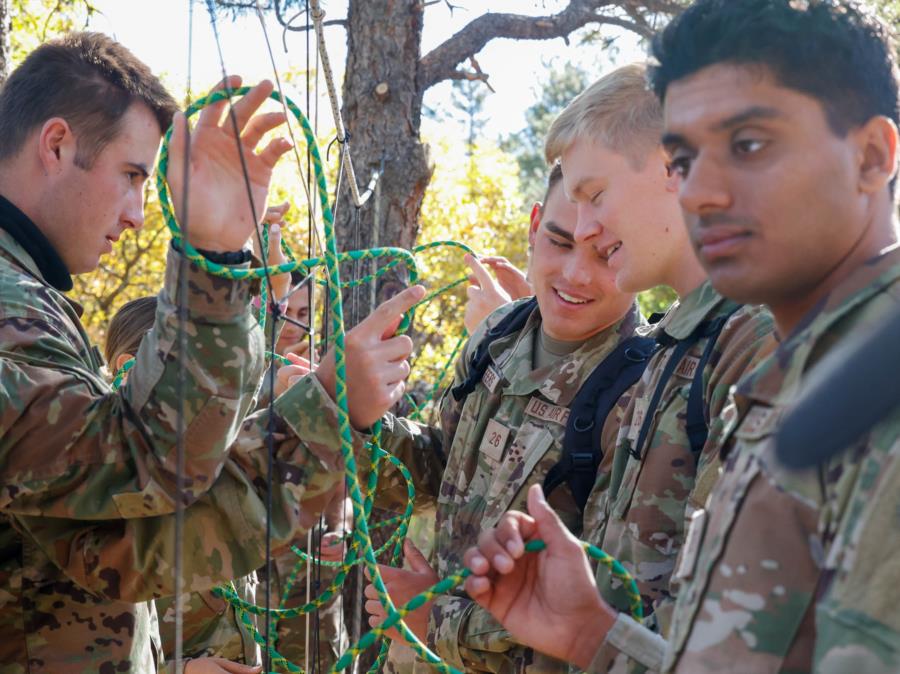 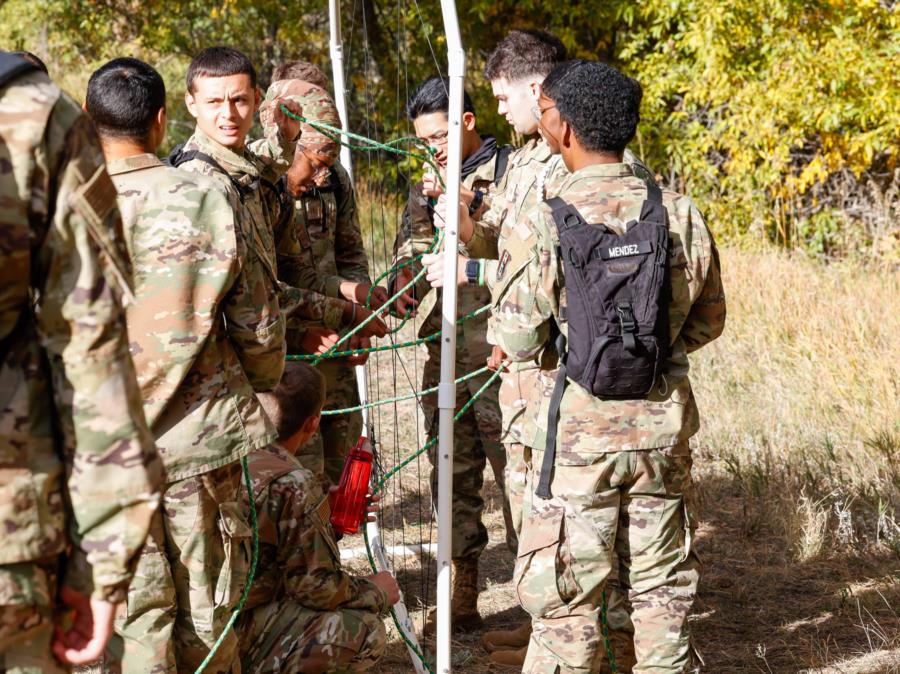 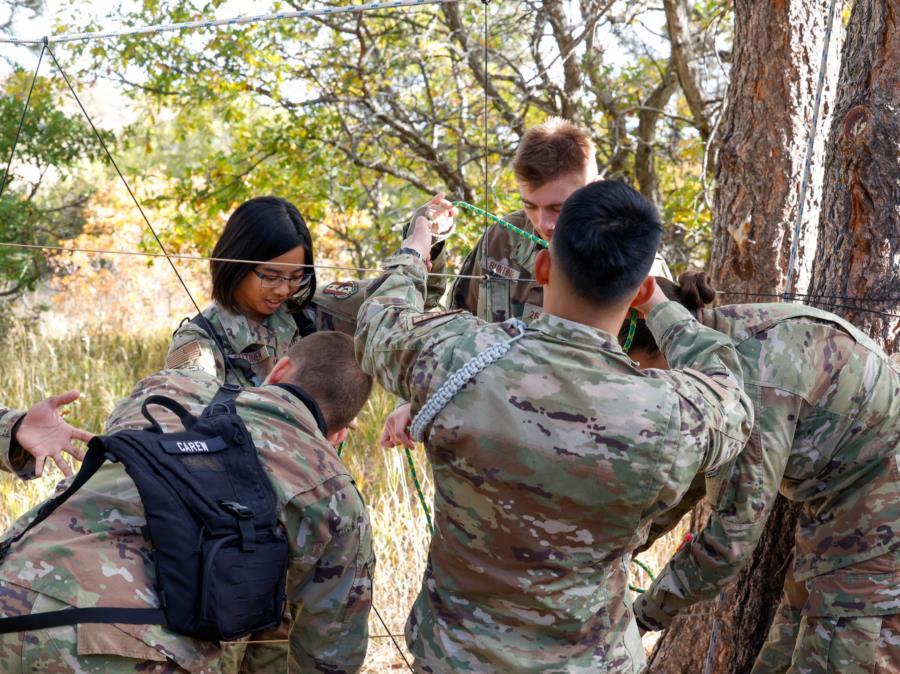 The other half of the Prep School CC's had a tour of USAFA today.  The morning consisted of the CC's being met by a cadet who then took them to Fairchild Hall, which is the academic building.  There were able to attend classes with their cadet to see how they differ from the class set up they are currently experiencing at the Prep School.  They also toured the Library, and Mitchell Hall (dining facility).

They had boxed lunches at one of Vandenberg Hall (dormitory) outdoor quad areas.  This is where WebGuy was able to capture them since we were unable to do so when they were on the ropes course yesterday.  After lunch the tour continued to Arnold Hall (auditorium and ballroom), the Athletic complex which includes the Cadet Gym that houses Boxing, Fencing, Gymnastics, Swimming and Diving, Indoor Tennis, Volleyball, Water Polo, and Wrestling.  There is the Field House, also know as Clune Arena that houses Basketball, Hockey and Indoor Track and Field. 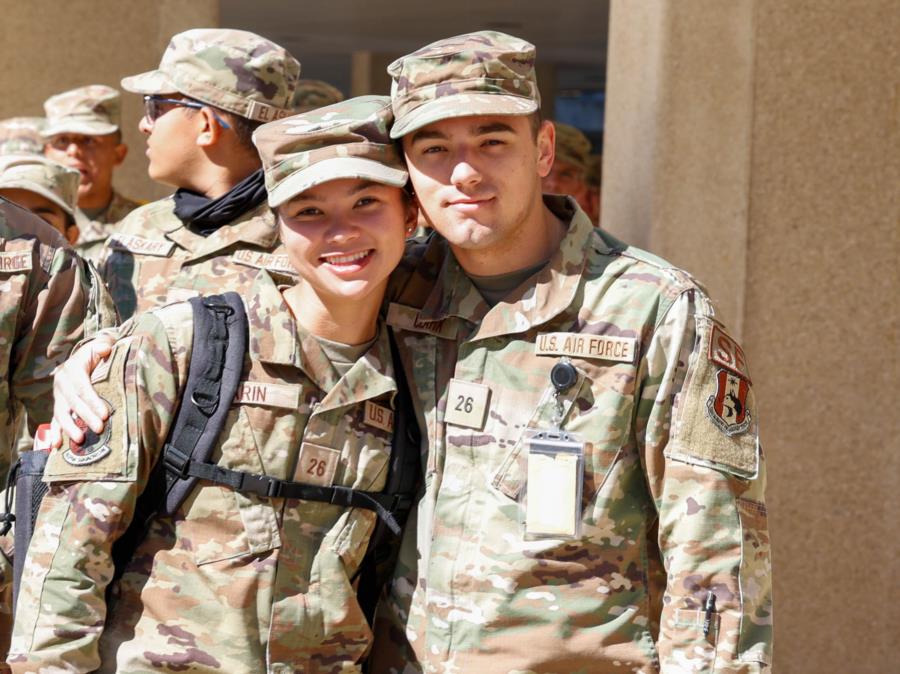 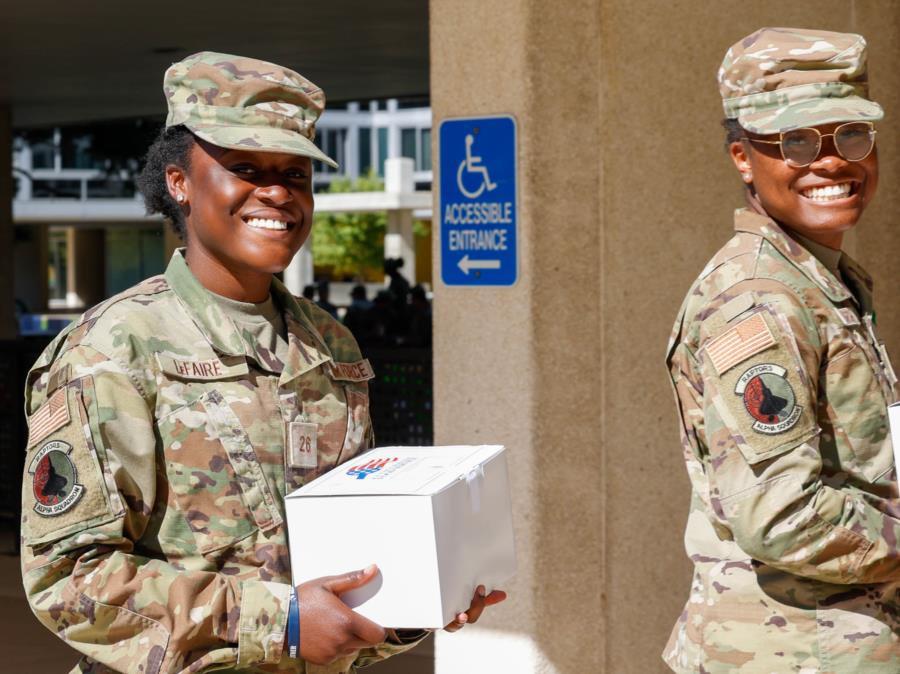 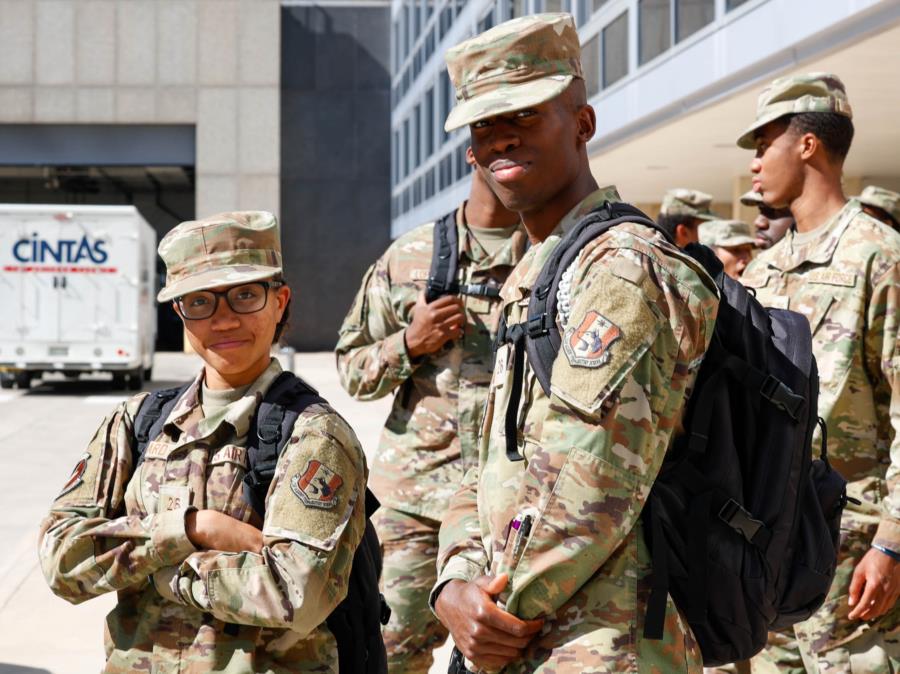 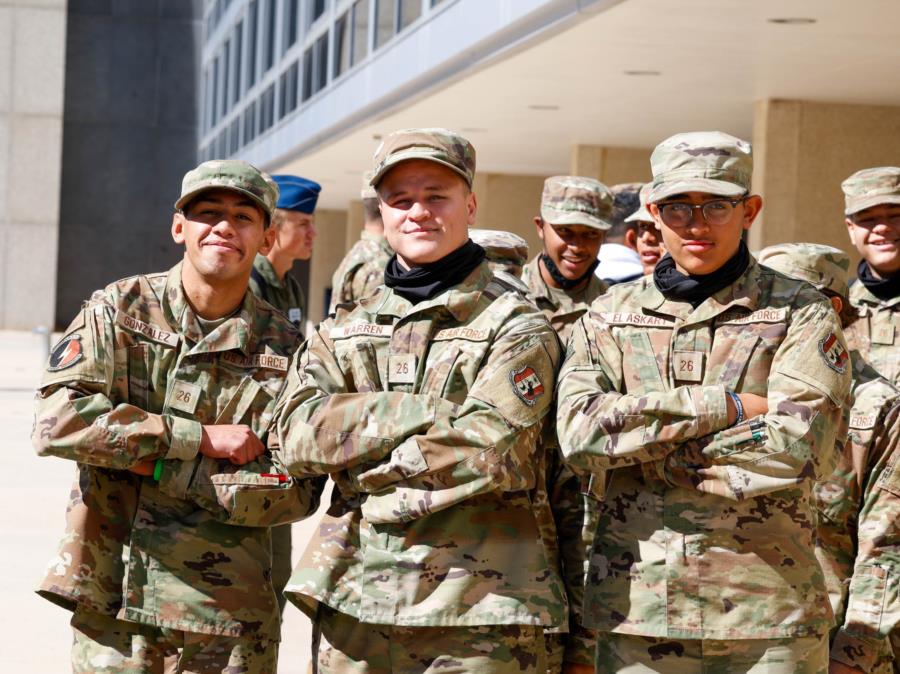 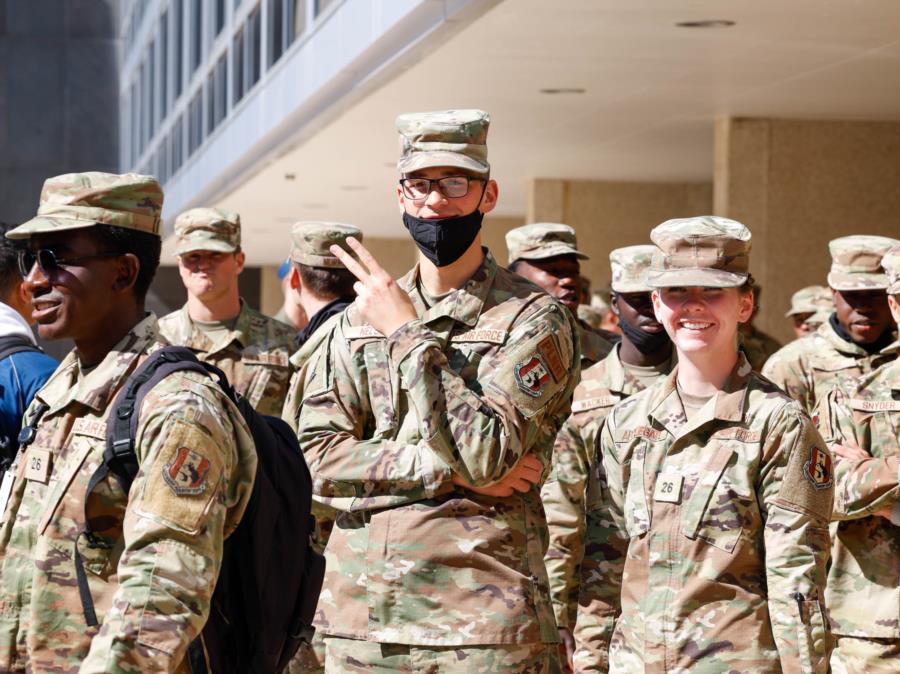 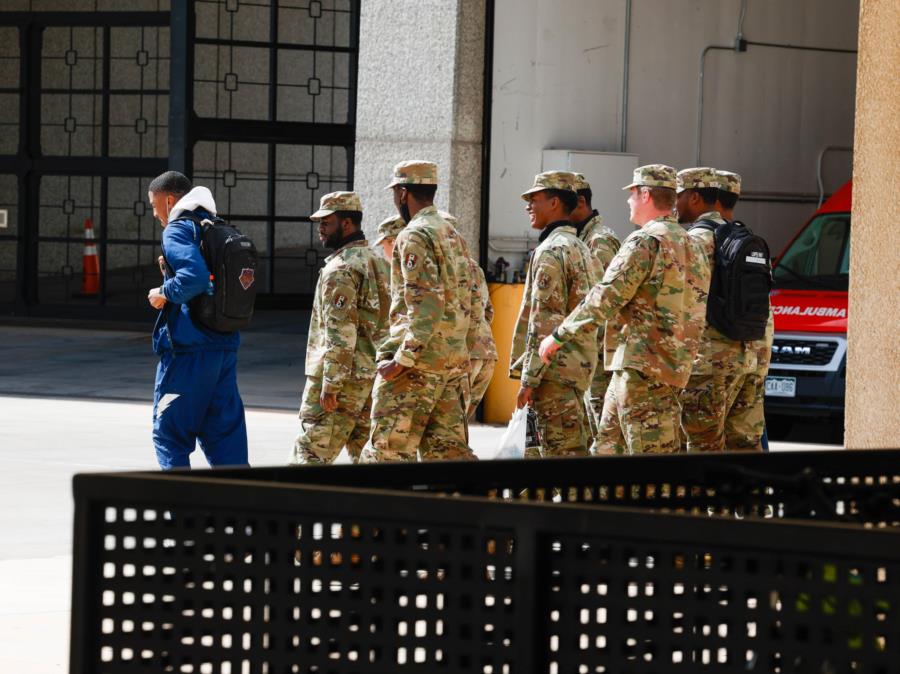 The CC's now have a better idea of what their time at USAFA next year will be like and how much bigger the campus is compared to the Prep School.

While the CC's were on the Hill (common term for the Cadet Area), they were treated to several aircraft flying overs ( 2 F-15's and C-17) and then some aircraft landing on the Terrazo, such as 2 Black Hawk Helicopters, a Huey Helicopter, and a V-22 Osprey-which is the world's first production tiltrotor aircraft.  There were four Class Reunions in the Cadet Area as well today so there were plenty of spectators for the aircraft show. 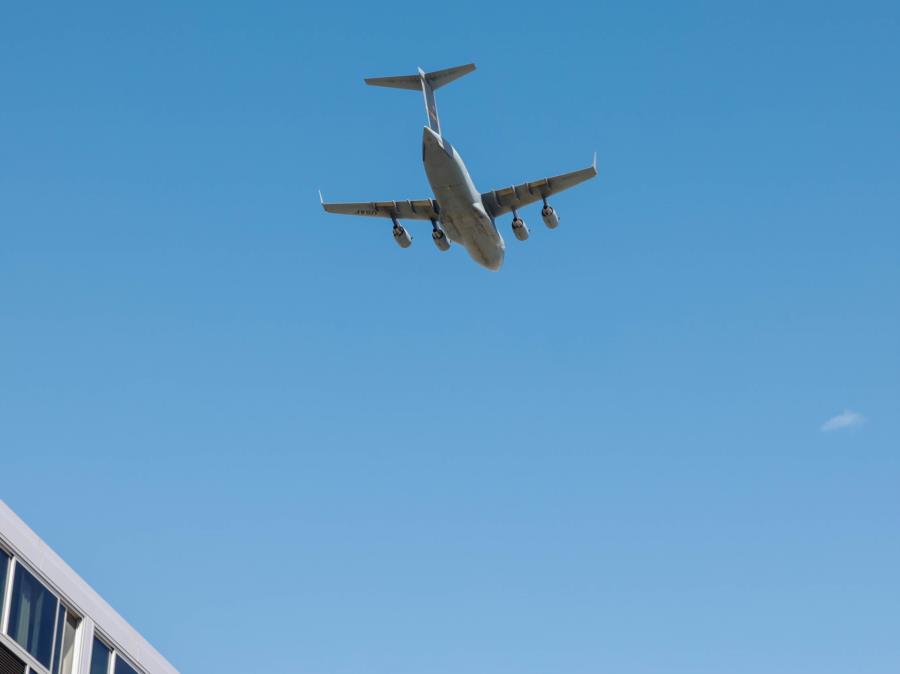 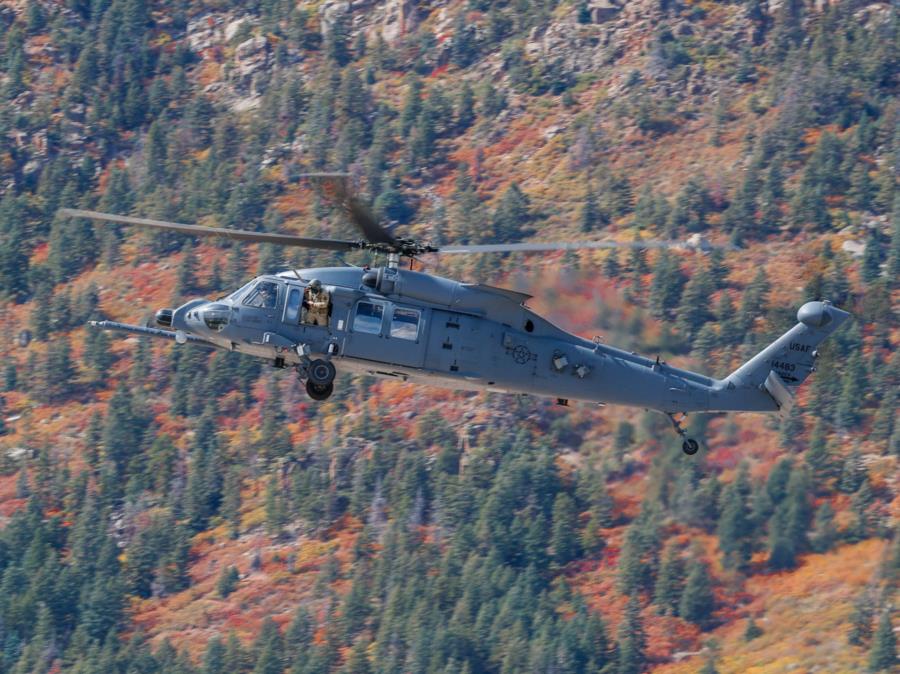 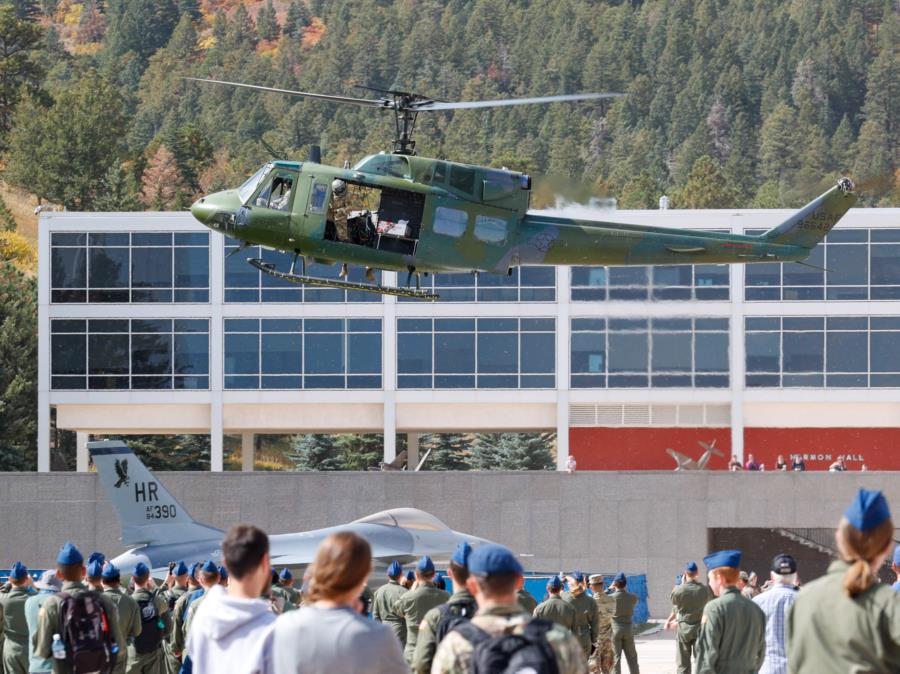 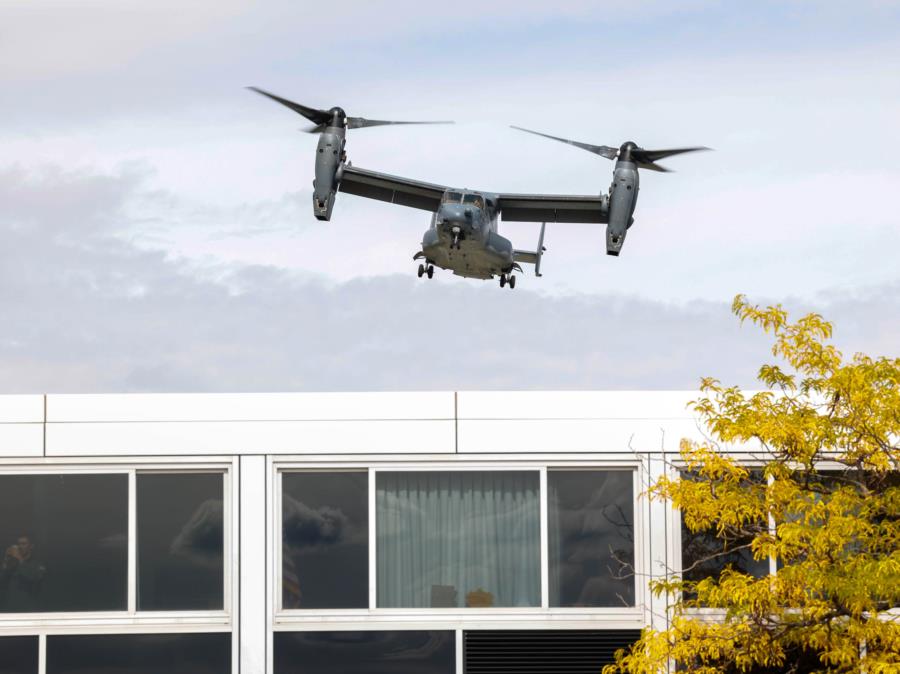 To view photos, go to CLASSES > Prep School > Prep Life.  Set photo order OLDEST to NEWEST.  Select your start page or click on the links below.

***Photo order must be set OLDEST to NEWEST for the links below to take you to the correct start page.