Happy Tuesday!  By now everyone (including you all) should be getting into the routine of BMT.  Just like the Basics, I am getting used to getting up at Zero Dark Thirty.  The good news is there is no traffic at that hour.  My ususal 30 minute drive took half that time.  As we hoped, the football players were on the field today.  Hopefully you families with Basic's in that sport will find a shot of your son.  With only two photographers this morning and only a 90 minute shooting window to cover Basics in multiple locations and multiple sports we did our best to be everywhere at once.

That being said, before I get to the blog photos from today, I would like to talk about expectations.  Just so you know, I am also a member of the Parents of USAFA Prep School Facebook group.  I am not evesdropping.  Like you, I am a Preppie Parent.  (Class of 2004).   I read your questions and comments to one another there every day.  It helps me know how to make the coverage better.  Most of the time you answer your own questions and respond to comments (positive & negative), so I don't have to here.   For the record, WebGuy (the person) has always been and will always be a parent.  I am the second person to have the title.  It's been my honor and a responsibility since 2011. While it is true that many of our summer photographers are younger, the secret of the WebGuy program is that we always look at our coverage through a parent's eyes.  Our goal during BMT is to provide a window into what your children are doing during these eighteen days, since you can't be there.  We are not going to take close ups of every Basic, every day.  We are limited by many factors.  Here are a few.  Military training rules of engagement, good order and discipline, weather, scheduling, security, privacy laws, access, common sense, and the occasional photo shy Basic.   We are very fortunate to have the access that the Academy gives us.  The WebGuy program is unique to the Air Force Academy.  There is no other like it.  Our access is a privlege not an entitlement.  We work very hard to be good and respectful guests.  That means that you may not always get the photo you are looking for or the number of photos you were expecting each day.  Please be patient and flexible.  We know you are out there waiting.  It may feel like feast or famine, but in the end we find that the coverage evens out by the end of BMT. 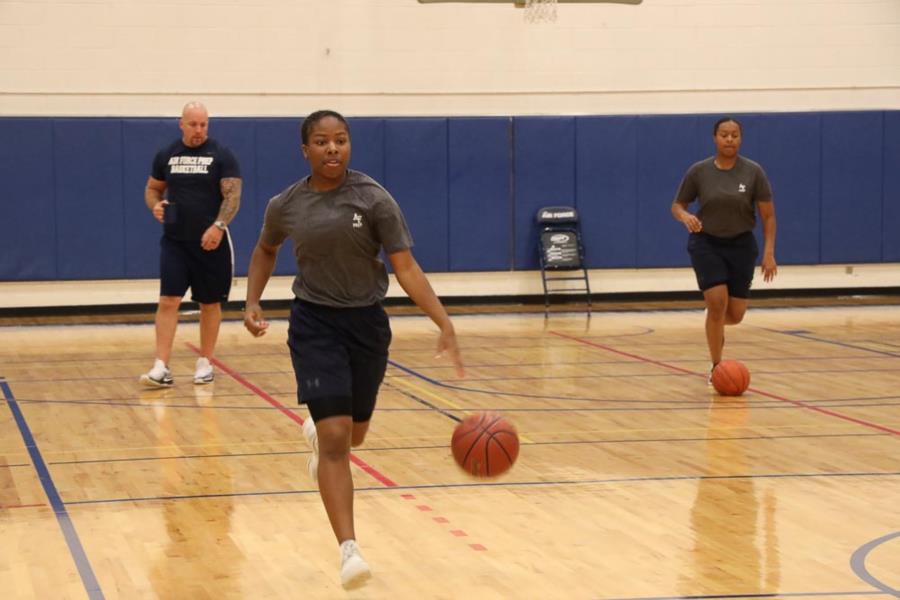 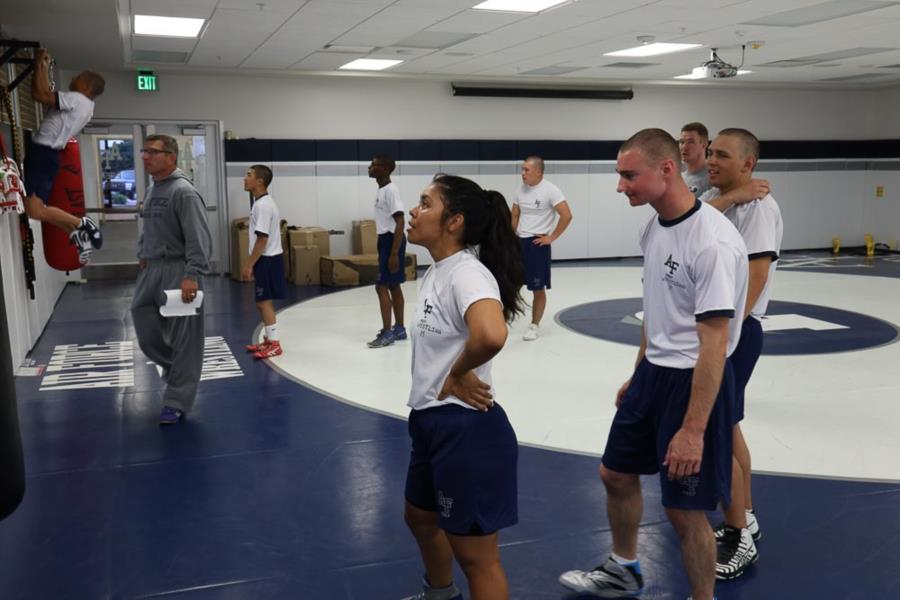 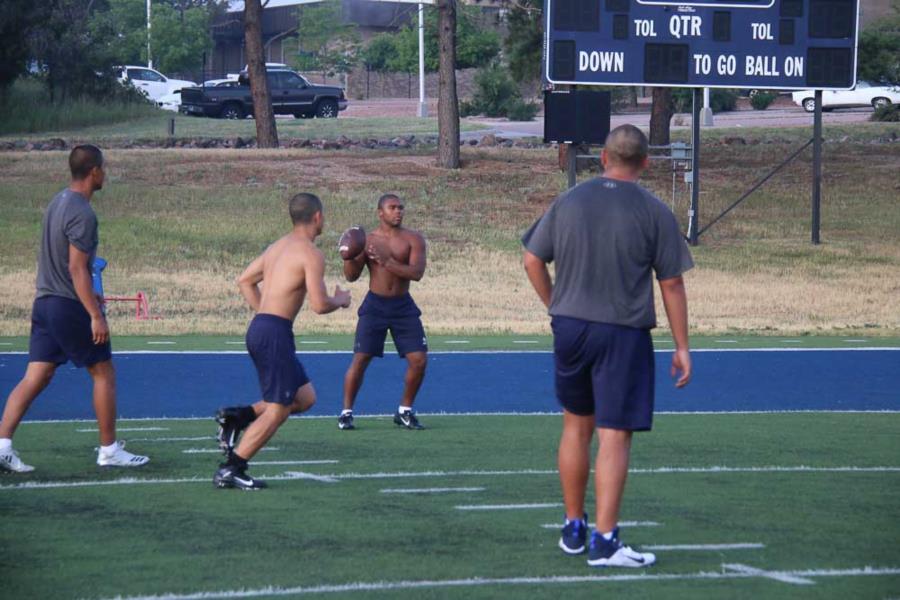 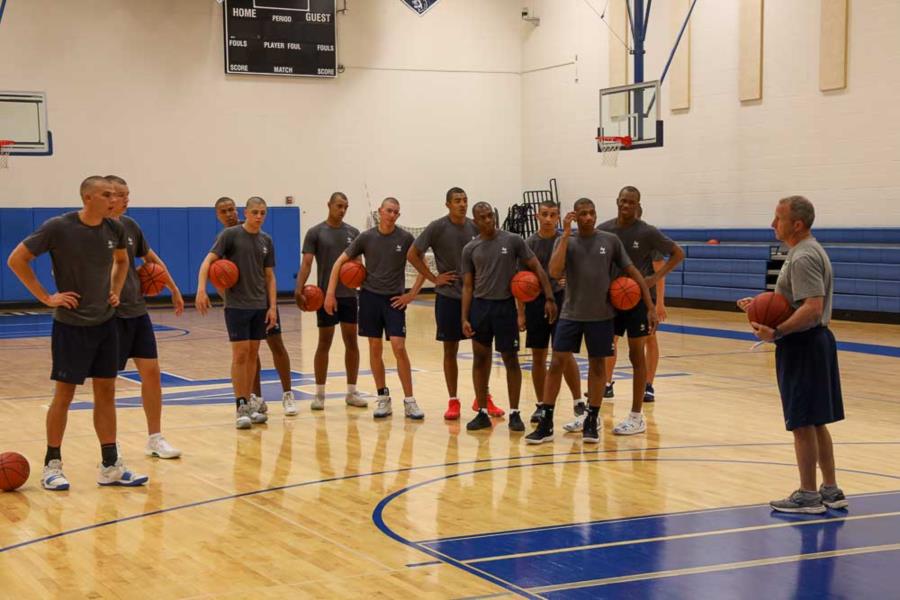 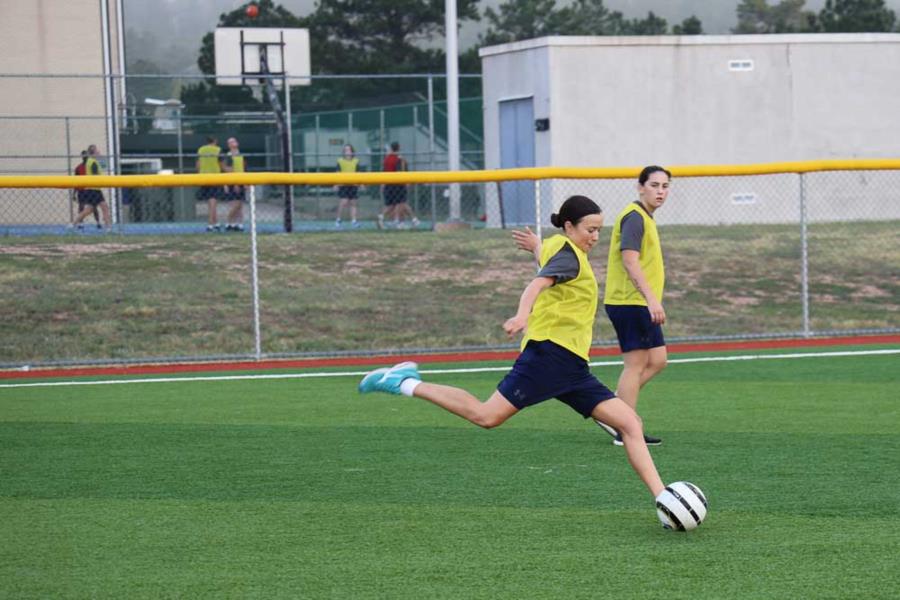 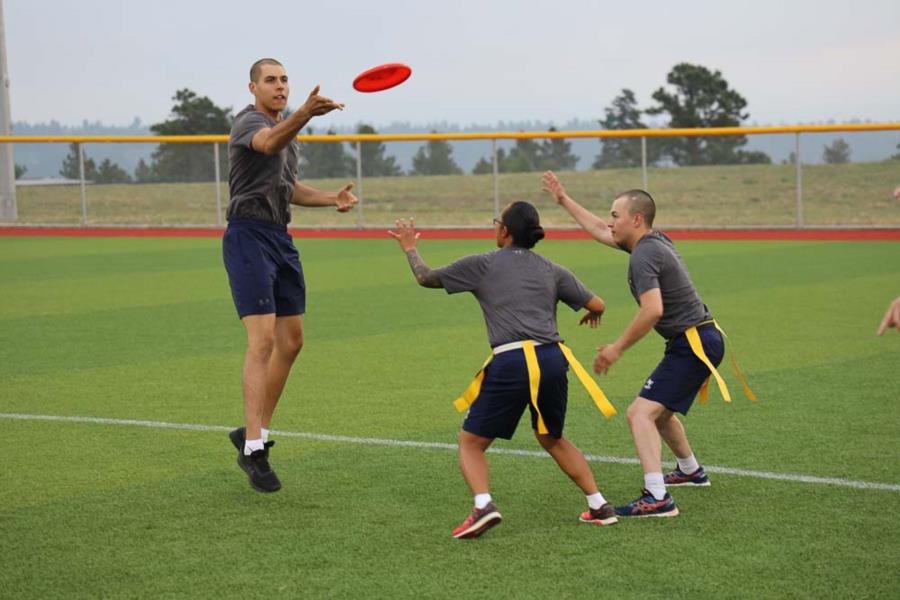 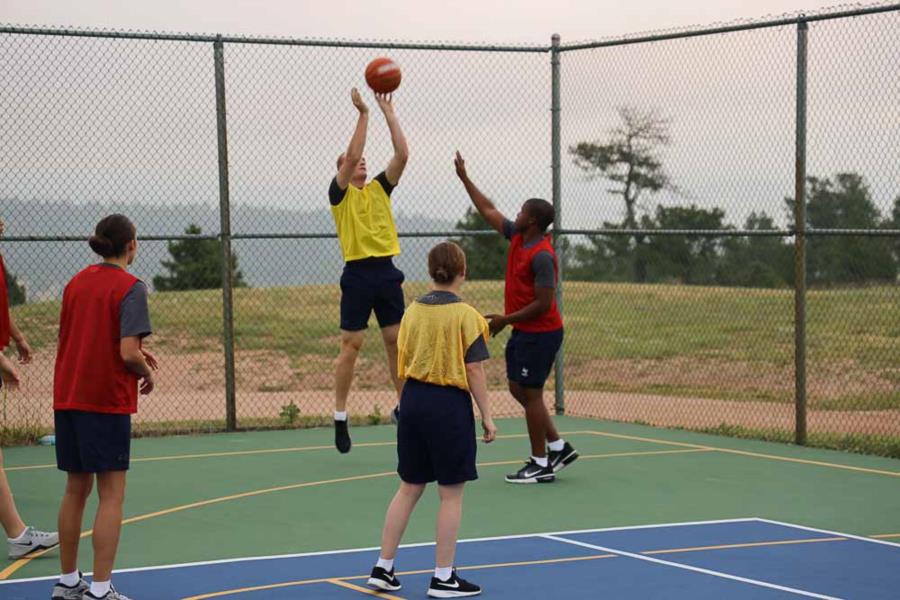 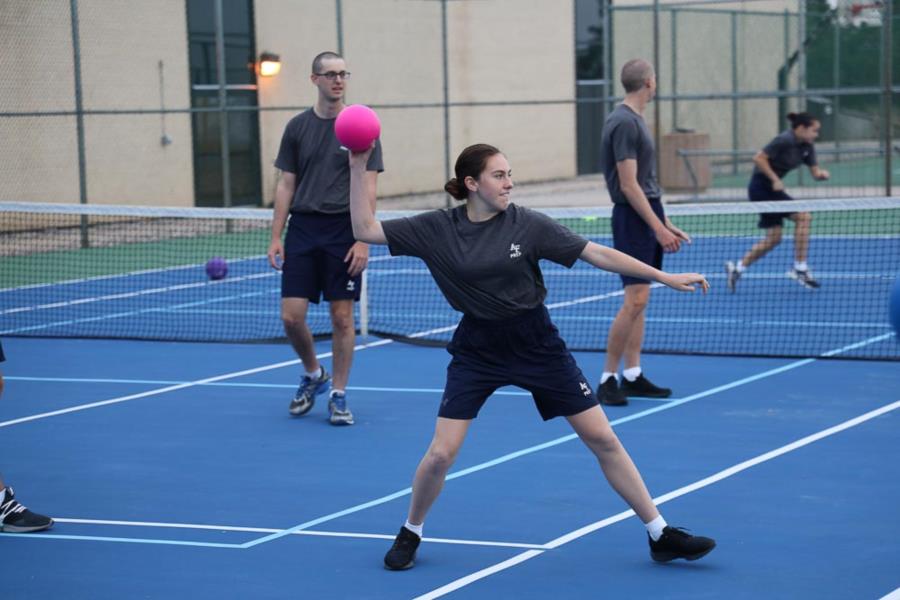 For you Soccer Families.  They were there too, but it was football's turn today.  We'll get them again next time. 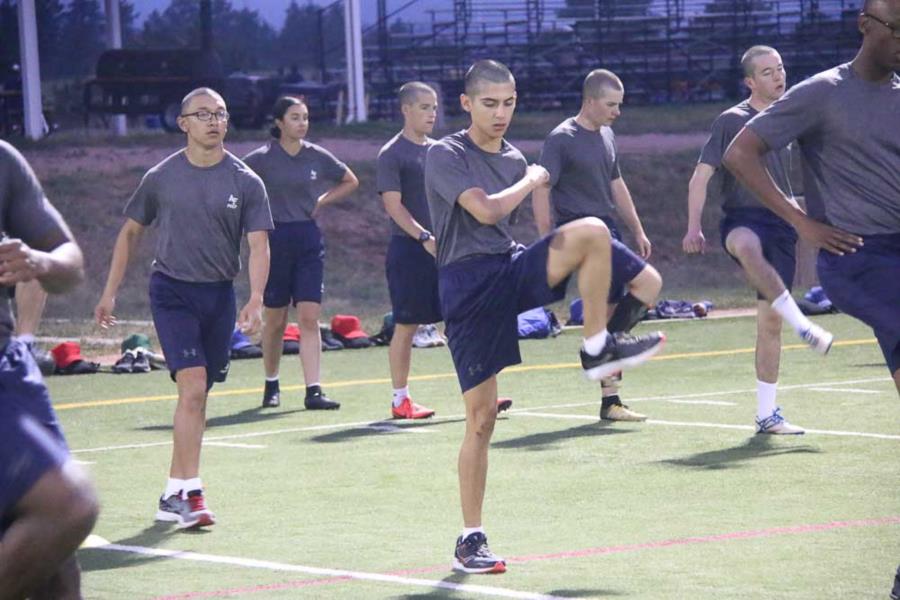 Before, I end, here is a bit about  the colored vest you see in some of the photos.  These vests are called "Pinnys"

Also commonly known as bibs or vests, a pinny refers to the colorful practice shirts that players wear when a drill or activity calls for the players to be broken up into teams. As you can see in the football photos, sometimes they just do "Shirts and Skins".  The word pinny comes from pinafore which is:

In additional to sports, at the prep school pinnys are also used to help the cadre identify a basic who has an exercise limitation.  They come in four colors.  Blue, Green, Yellow, & Red.  The colors are actually pretty intuitive.  Blue (like the sky) = nothing above the waist.  Green (like the grass) = nothing below the waist.  Yellow (Caution) = may exercise at own pace.  Red (Stop) = No exercise.  The vest doesn't necessary mean an injury, just a reminder to the cadre to ask the basic about it.  So, there you go.

Ok.  That's it for today.  More tomorrow about the rest of the week.  All today's photos are up in the BMT gallery.  Be sure to sort newest to oldest to get today's first.