So, as I mentioned yesterday, today was the first of three pretty much identical training days where the squadrons rotate between dental exams, working on their security clearances, and the ropes course.  Today Alpha took went to ropes, Bravo did clearances, & Charlie went to the dentist.  The photos are still being processed, but will be up soon in the Basic Military Training Gallery from the ropes and dentist.  Bravo will be MIA as far as photos are concerned, but there will be plenty of them tomorrow.

There were lots of smiles from both Alpha and Charlie today, since they were at rest during both activities.

As you can see from the pictures below, teamwork was involved for Alpha, also some just hanging around (pun intended).  It looks like fun though. 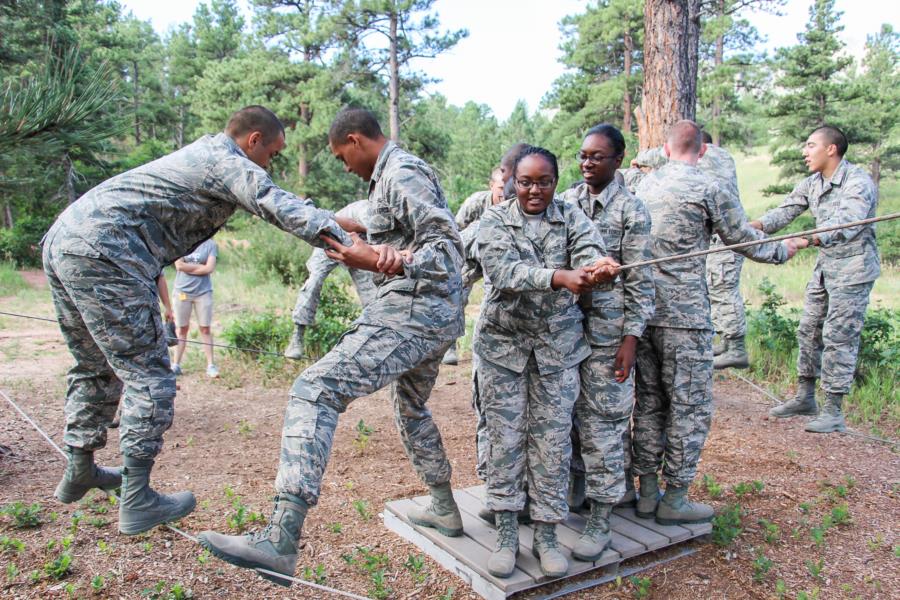 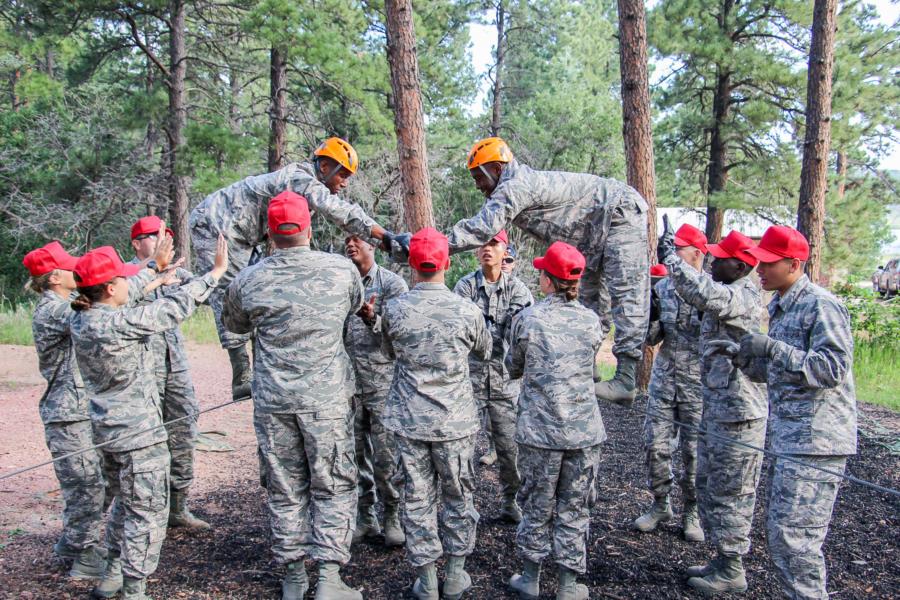 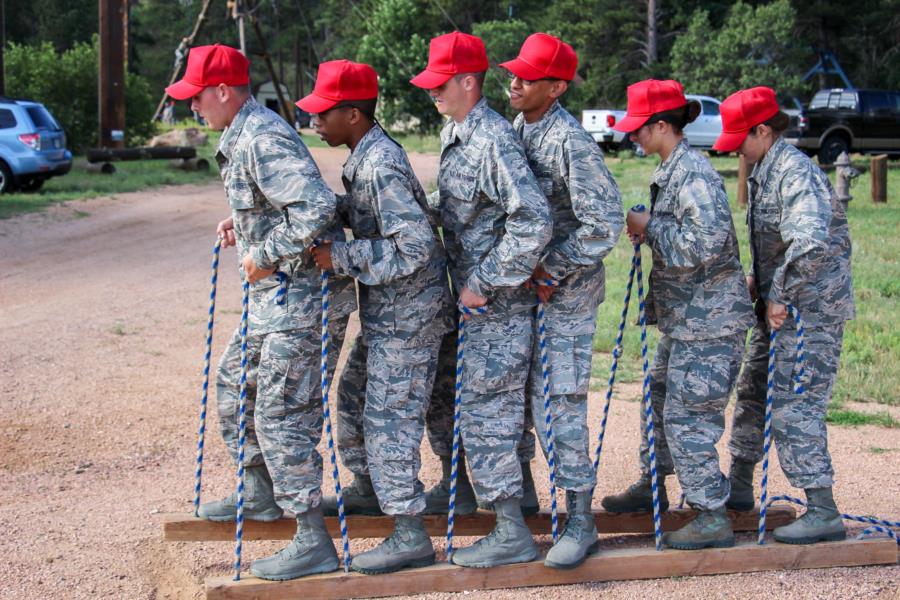 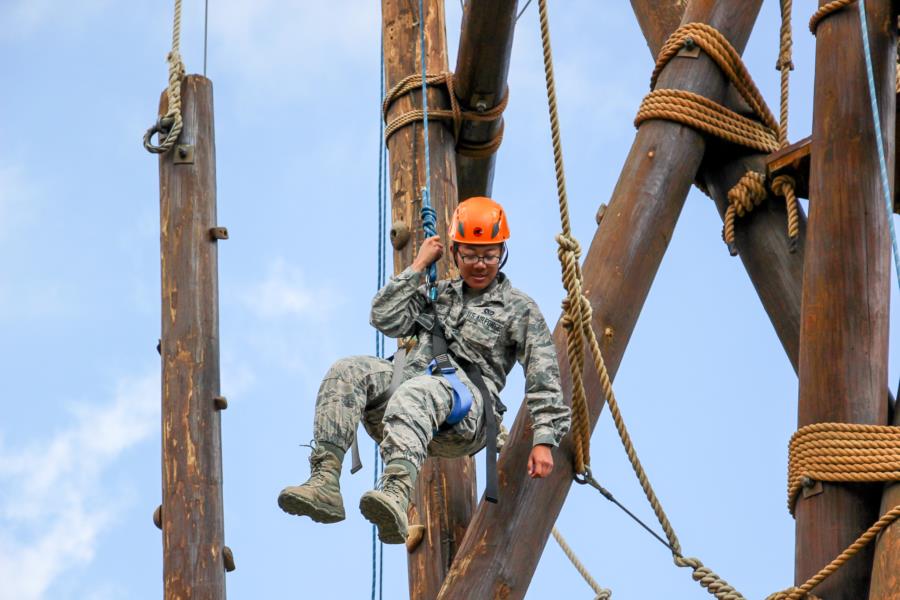 The dental clinic wasn't nearly as much fun, but the Basics were able to be at rest most of the time while waiting for their turn. 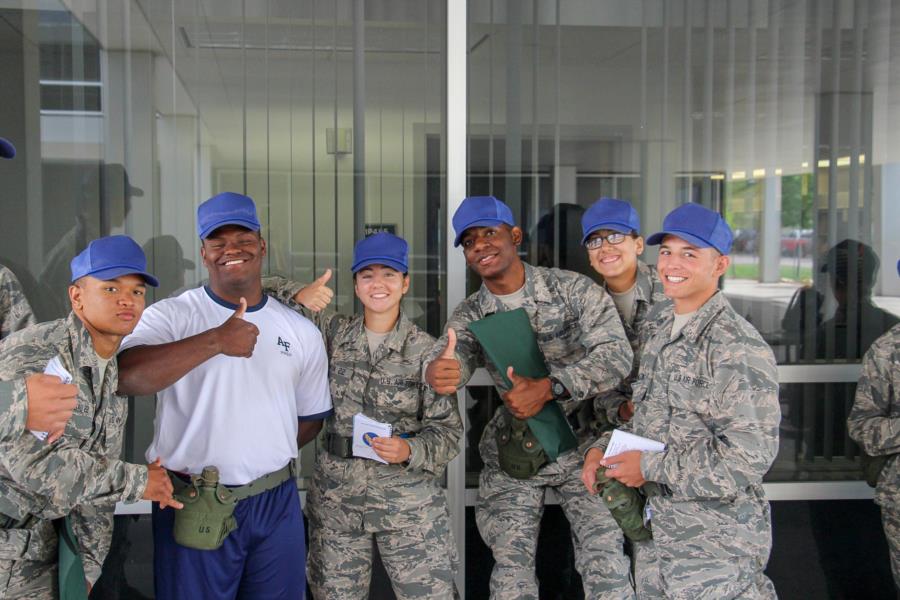 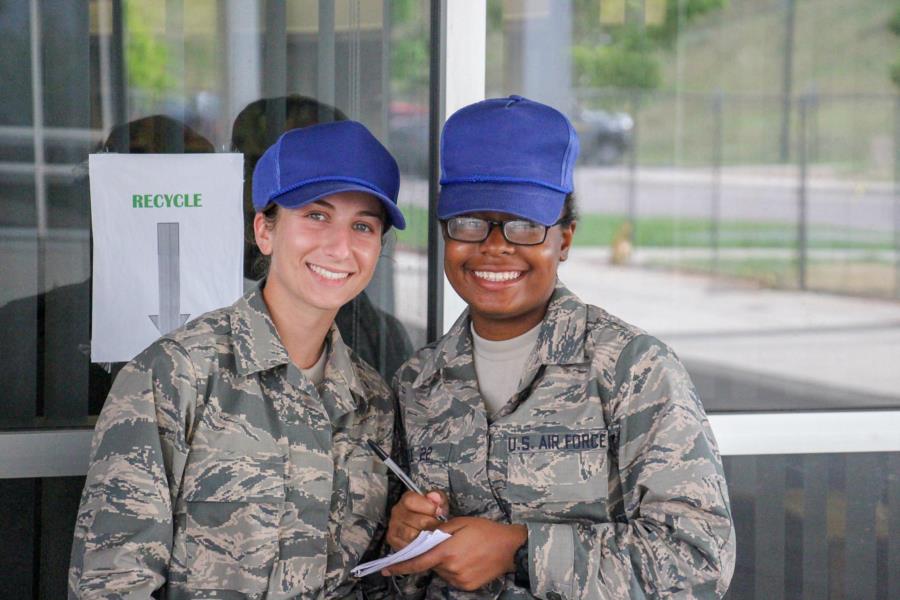 Of course, no time is wasted however.  Studying the knowledge they must memorize and be tested on is ongoing as is exercise.  BMT would not be BMT without some push-ups.  ;-) 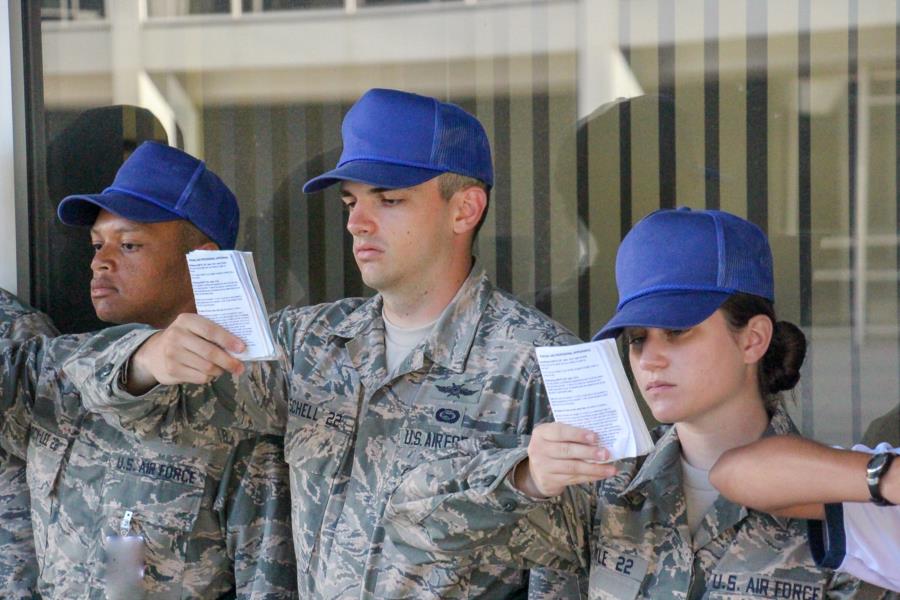 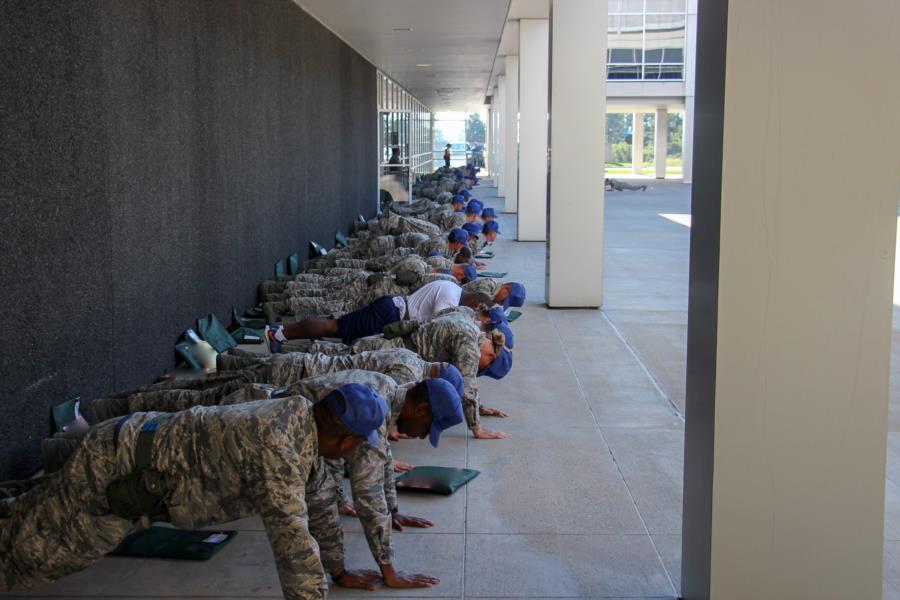 That's it for today.  I have a feeling tomorrows blog will look much like today's with different colored hats.  Tomorrow, Charlie is MIA.  BTW, if you happen to get a phone call at some point over the next couple of days from a number you don't recognized, you might want to answer it.  Sometimes the basics need to call home to get some info from you for those security clearance form questions.  Also, keep writing.  :-)