During Rambo Romp, the C/C's were split up into groups of about 20 give or take. They started at different points on the South side of the USAFA Base and would hike between stations. We caught the C/C's at the Ice Lake portion of Rambo Romp - it's the most entertaining location during this event. The task given to the C/C's at Ice Lake was that they were in enemy territory and they had to get themselves from one side of the lake to the other and walking around the lake was not an option because of possible land mines. But they found out after they began that there was something amiss with their rafts and had to work as a team to figure out why their rafts wouldn't stay filled with air (it ended up being the valve twist-lock). Not to mention the "deaths" of some of their team members when the "enemy" happened to be nearby. No C/C's were injured during this event, so do not be alarmed by the C/C's laying on the ground, being carried into, or out of the Rafts - this was all part of the Rambo Romp exercise. Once they figured out the valve they then had to get their entire team and all of their gear/equipment from one side of the lake to the other, sometimes only needing to make one trip with the rafts and other times making multiple. 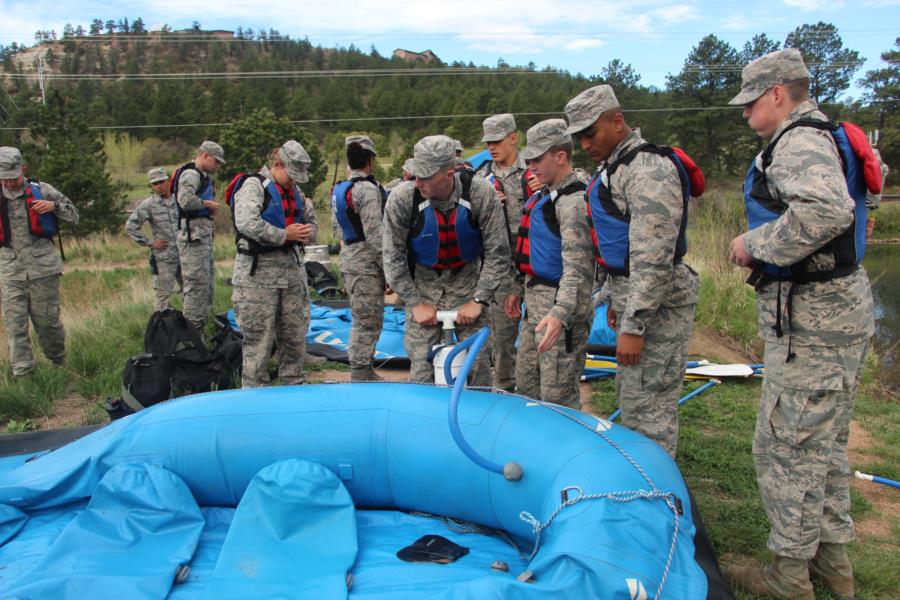 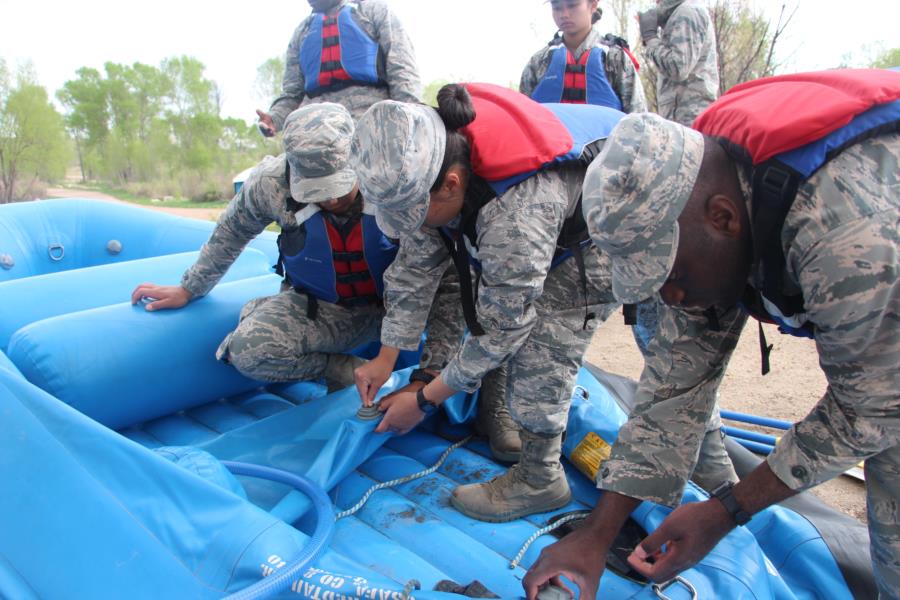 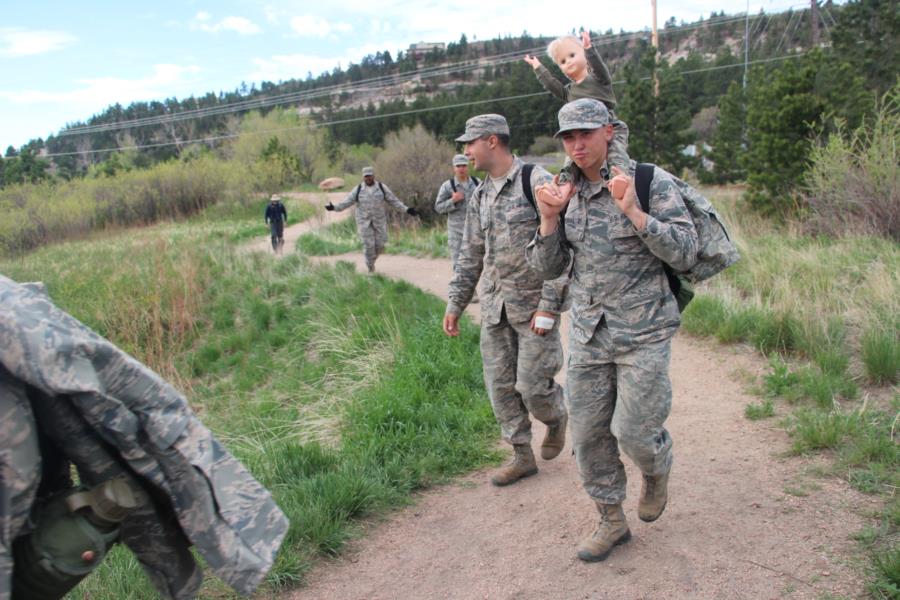 Fun Fact: There's a station somewhere in the woods during Rambo Romp where you can try to save Amanda the Doll. This group saved Amanda and their reward was to carry her around for the rest of the day. 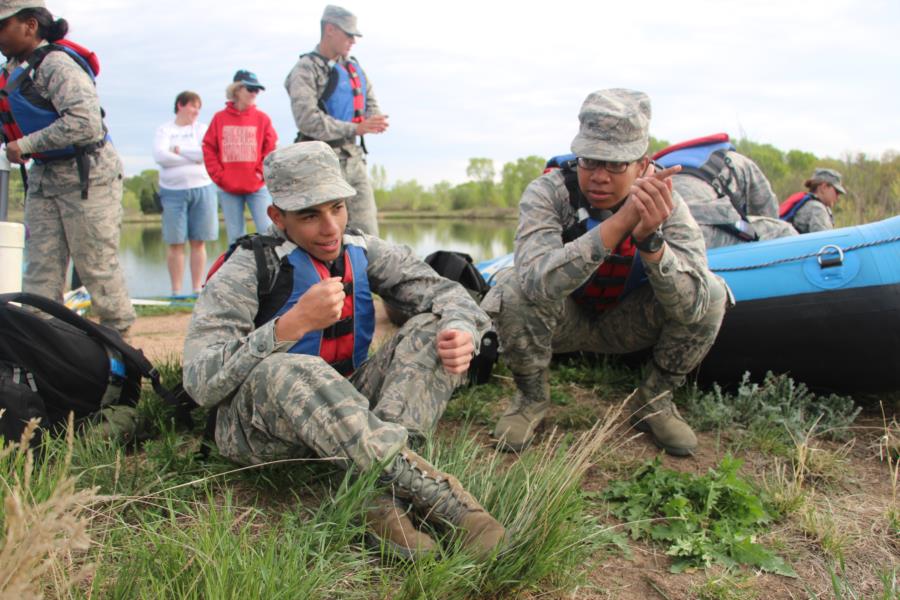 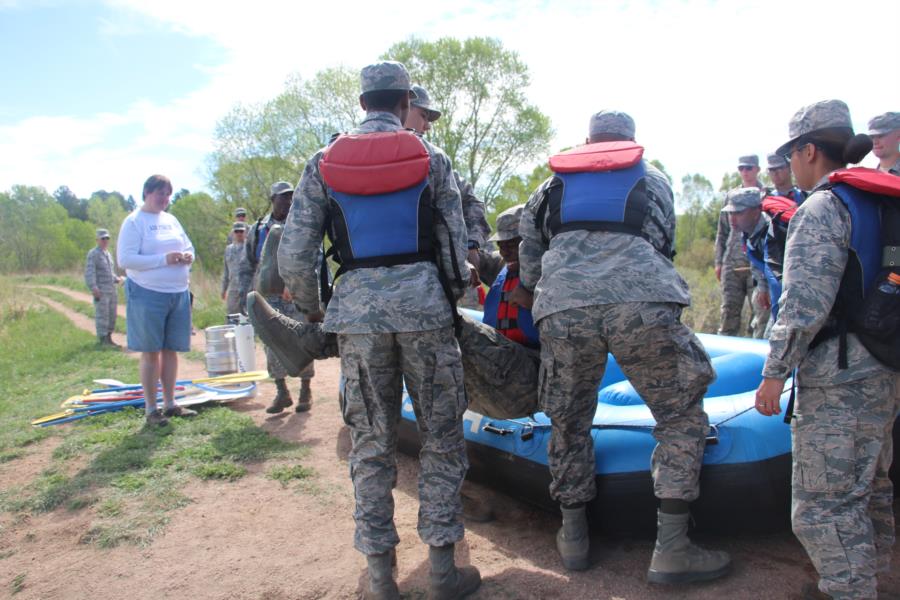 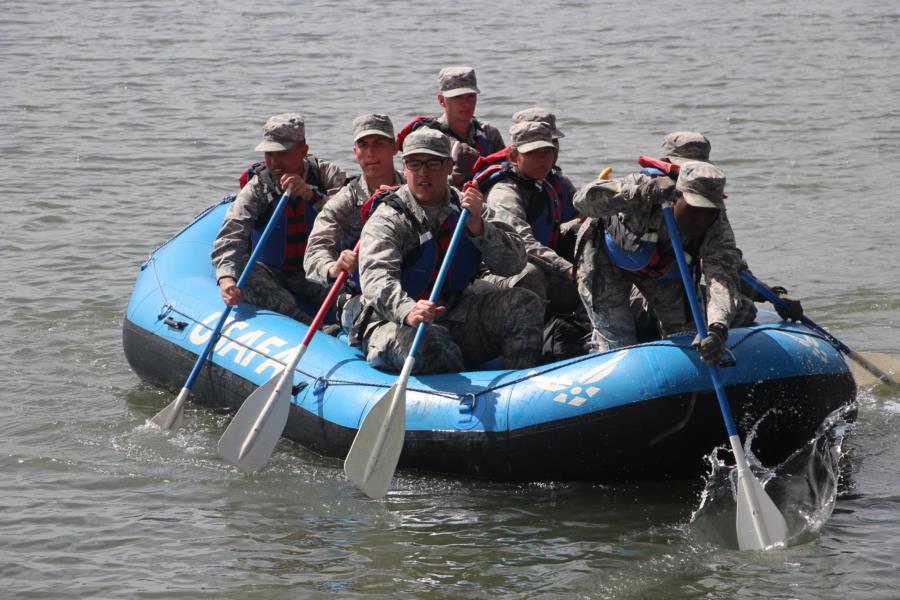 At the Ropes Course/Rock Wall, the C/C's had to work as a team to complete different obstacles. Not as intense as out in Jacks Valley, but still not completely easy either. 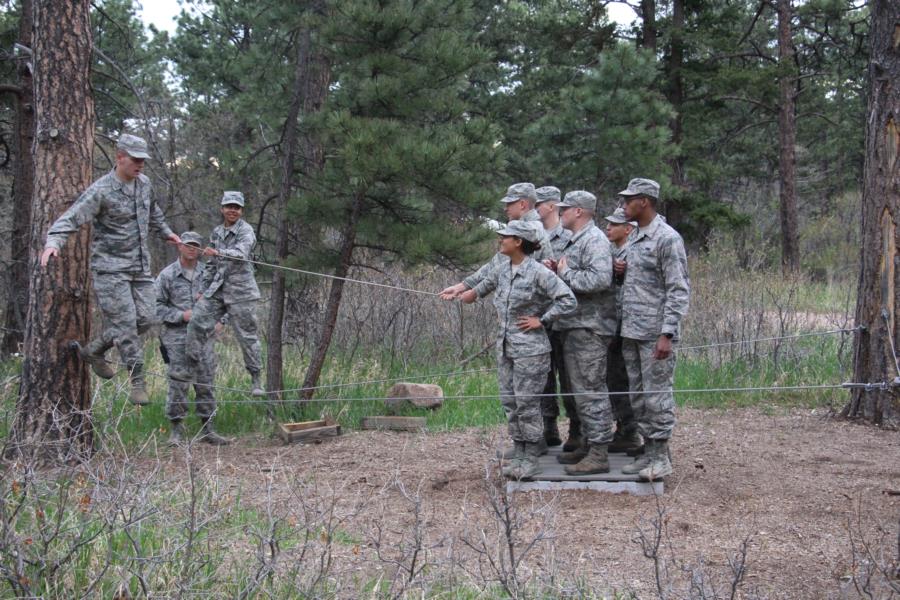 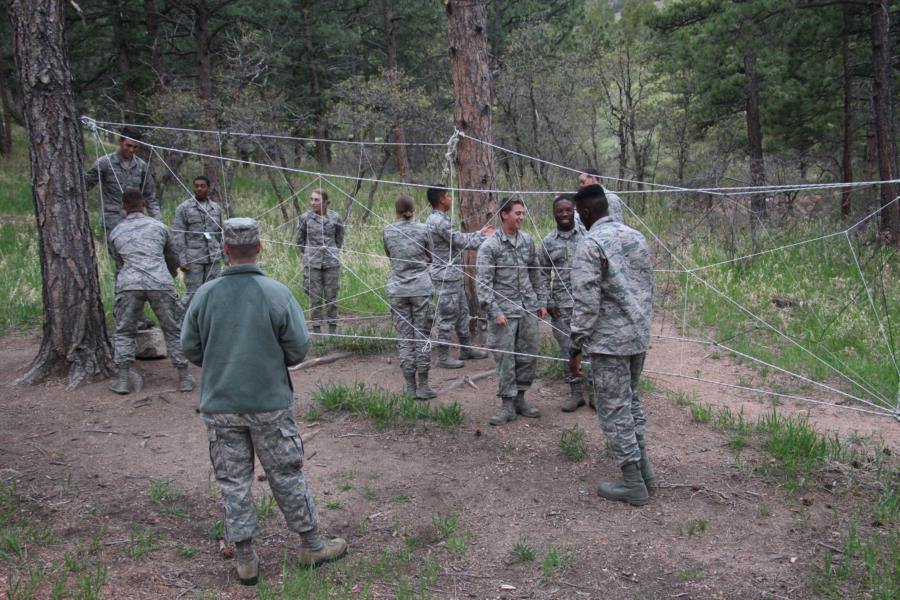 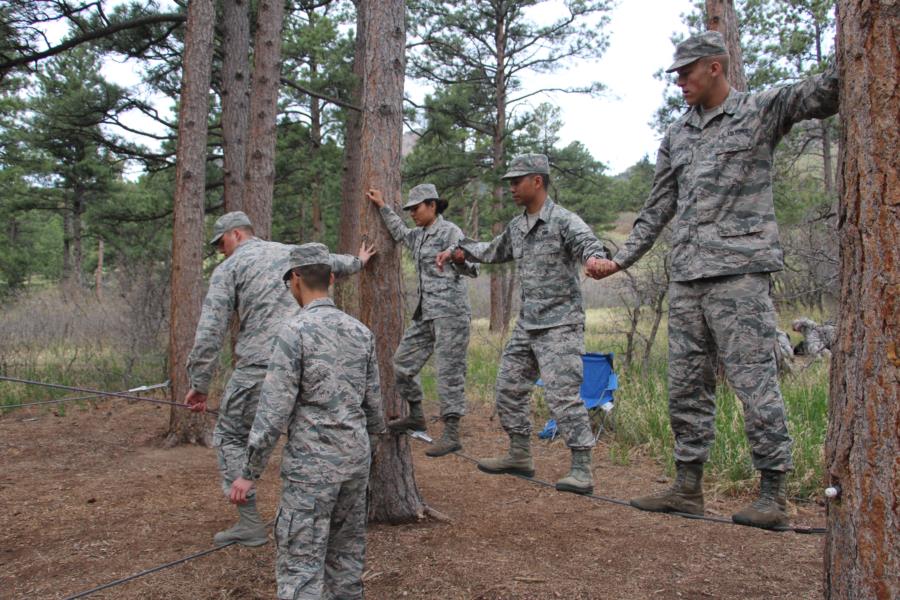 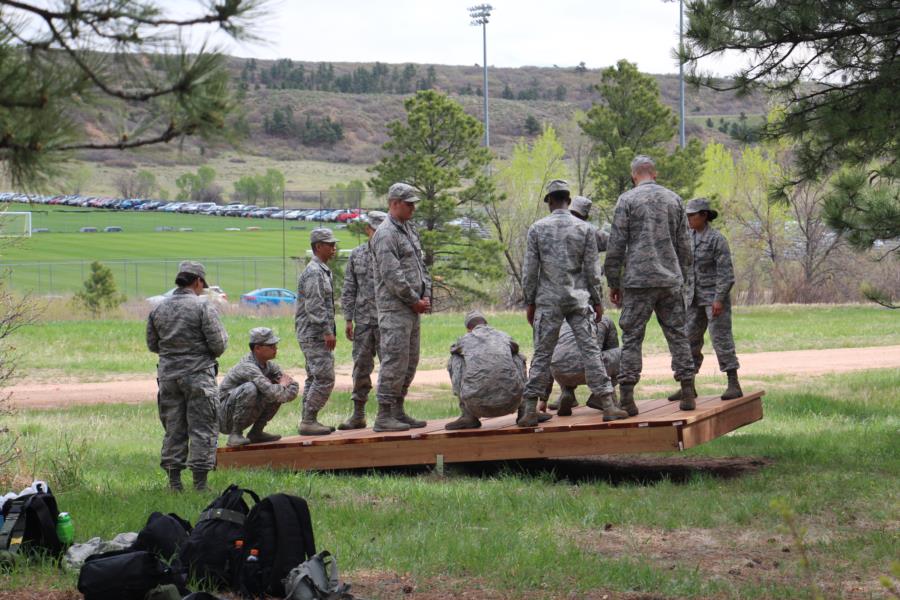 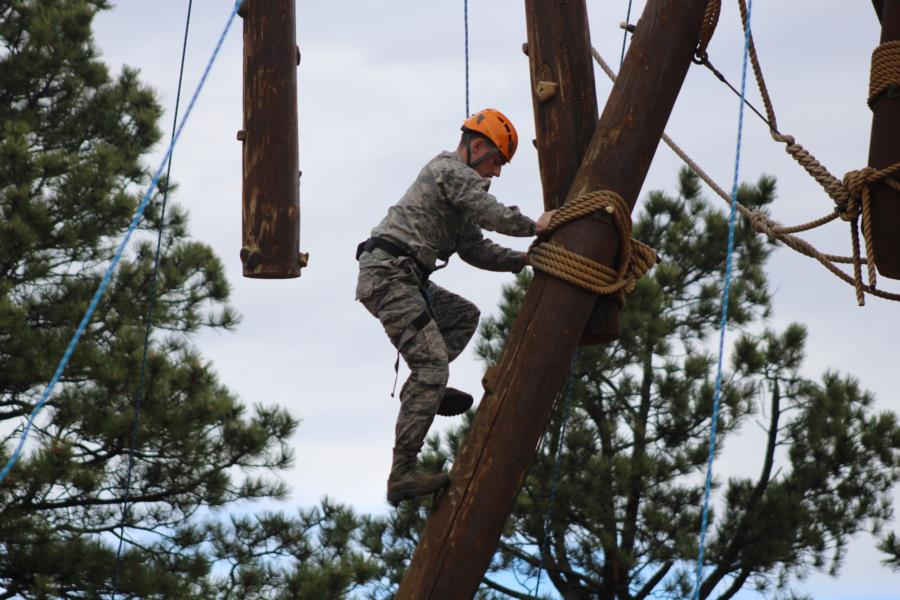 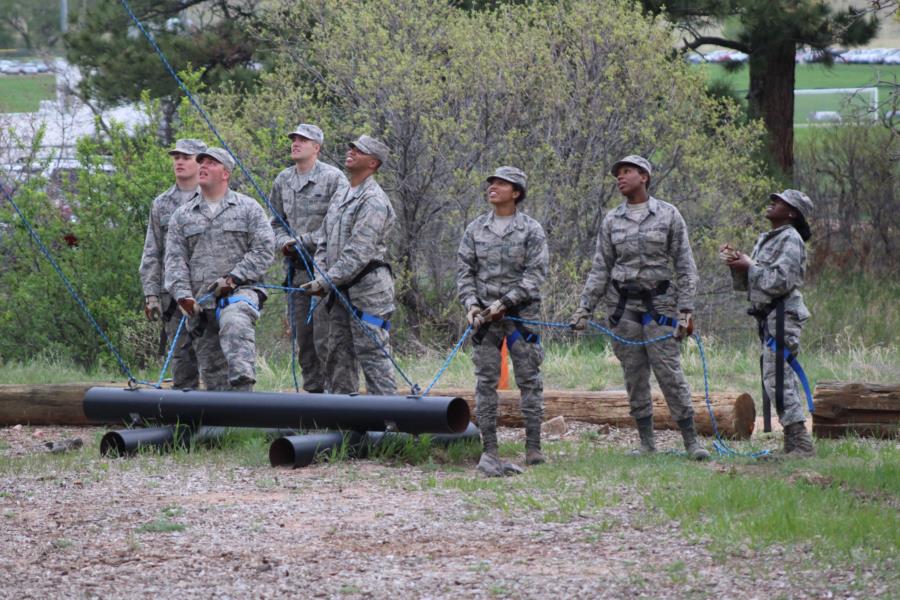 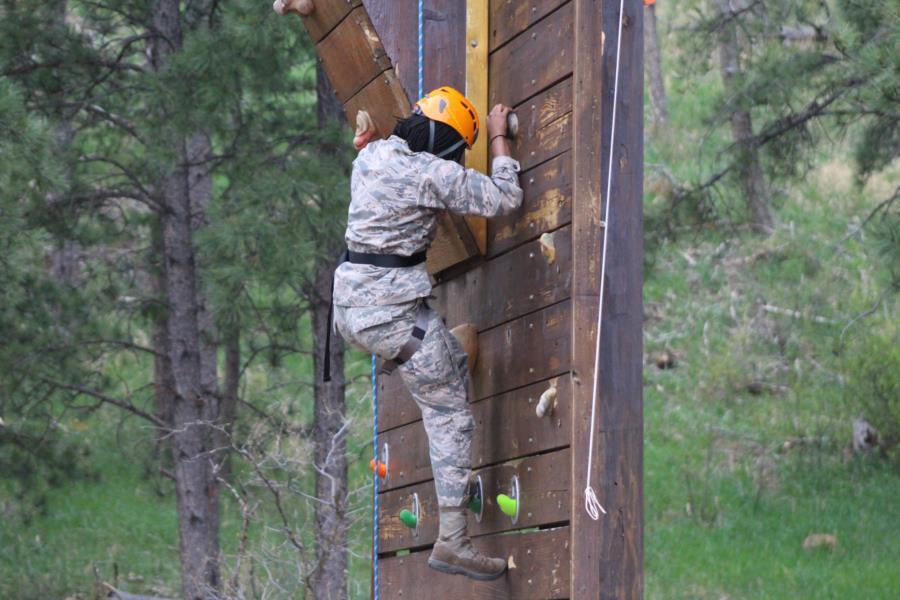 After all of the events of the day were done, it was time for the Prep TX Dining Out! This dinner was the final piece to the entire Prep TX experience and it was celebrated out at the Jacks Valley DFac! In attendance at the dinner were the C/C's, the Prep Staff and their Guest Speaker for the evening Major Hallada. Even though the C/C's all looked tired, we could tell they enjoyed dinner and some where even recognized for their achievements throughout TX such as the winning group from the Fireman's Challenge, Land Navigation and the Bridge Destruction event. 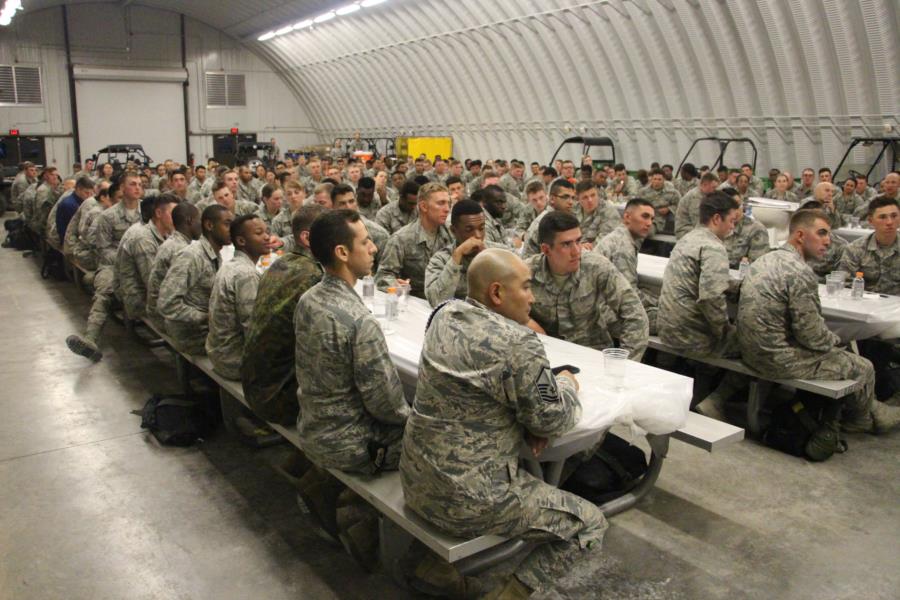 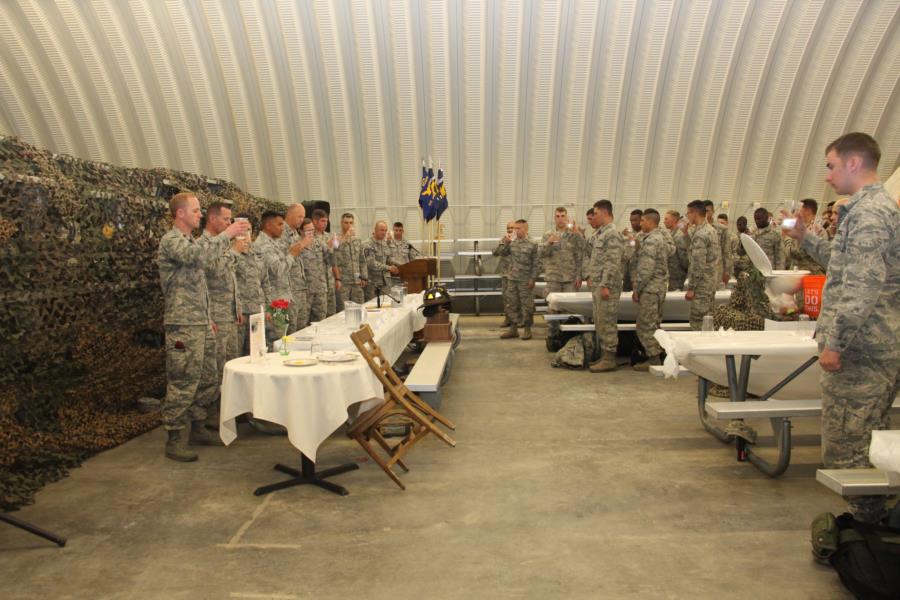 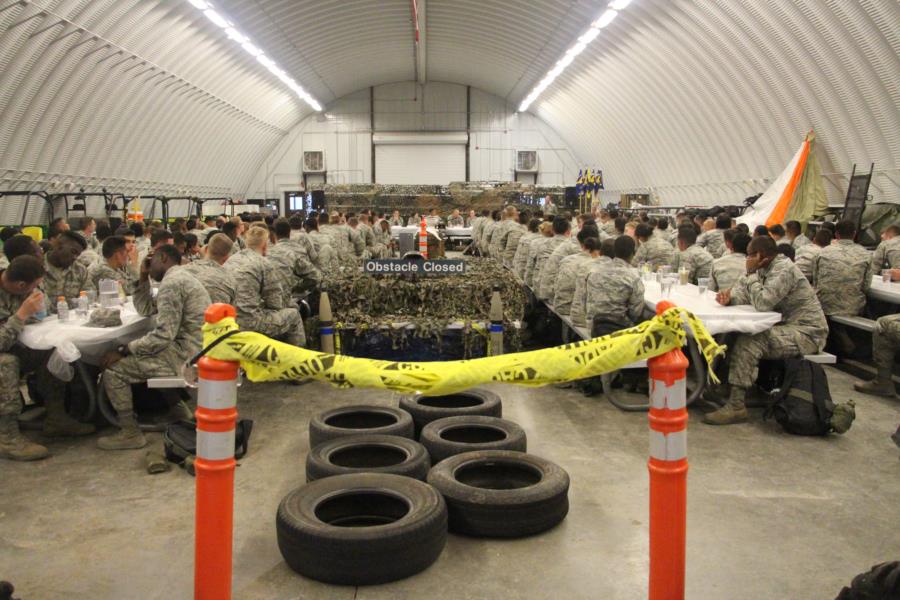 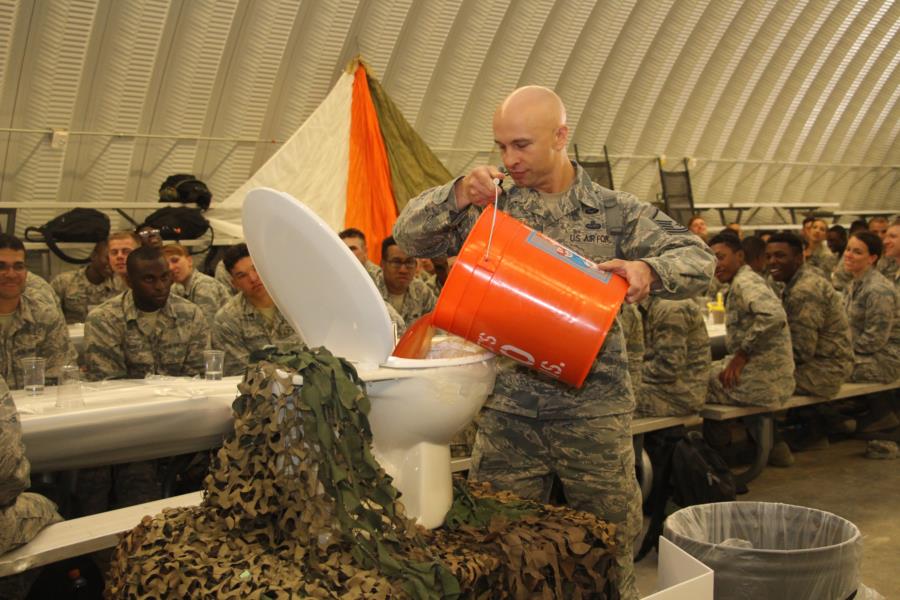 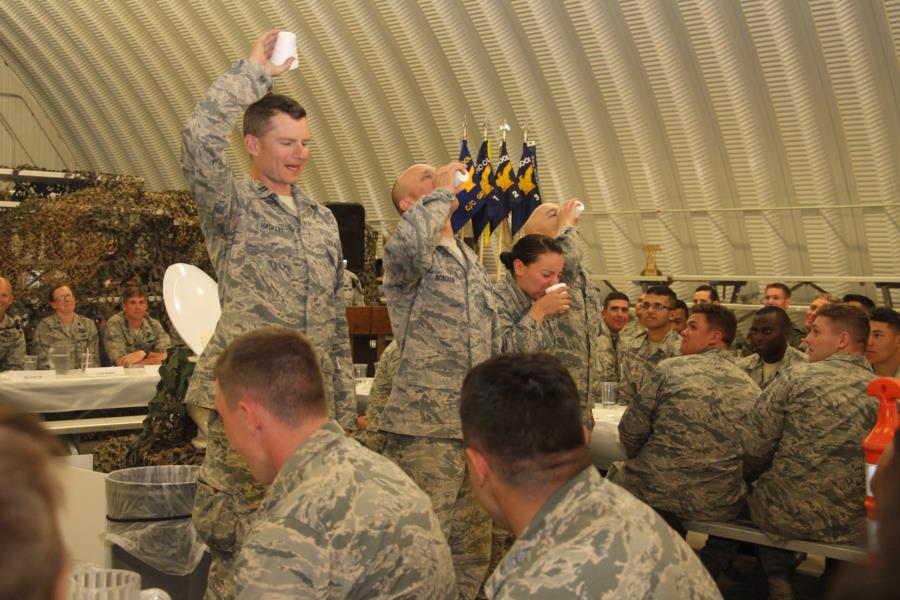 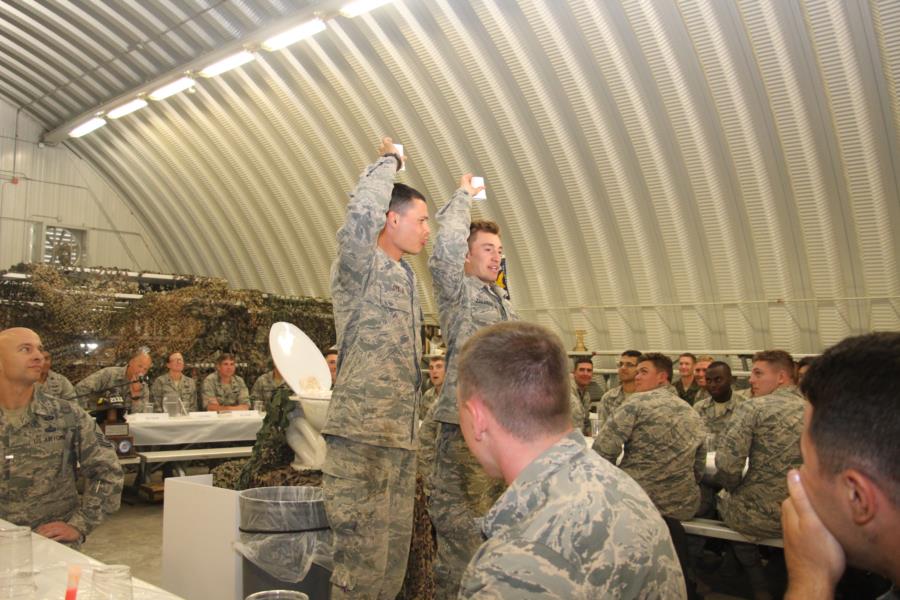 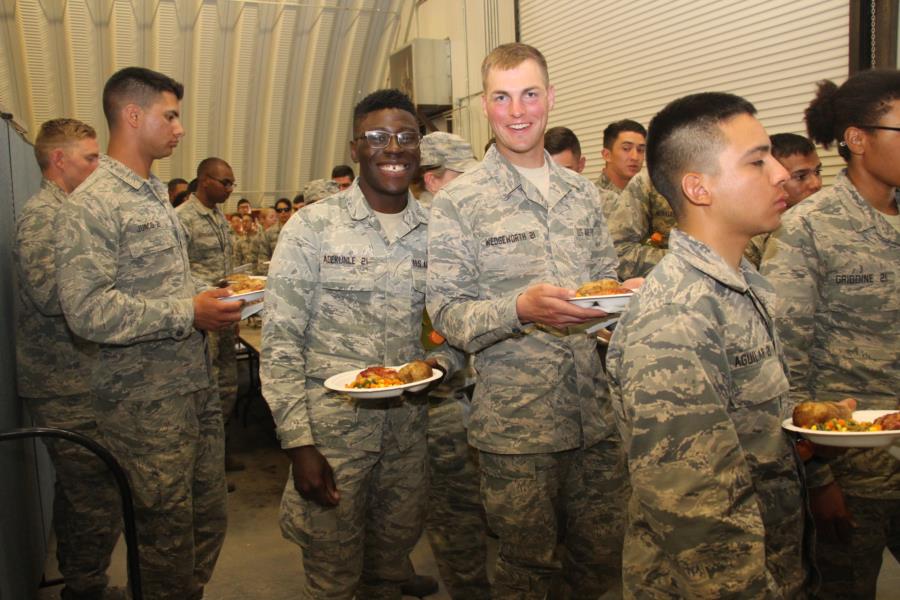 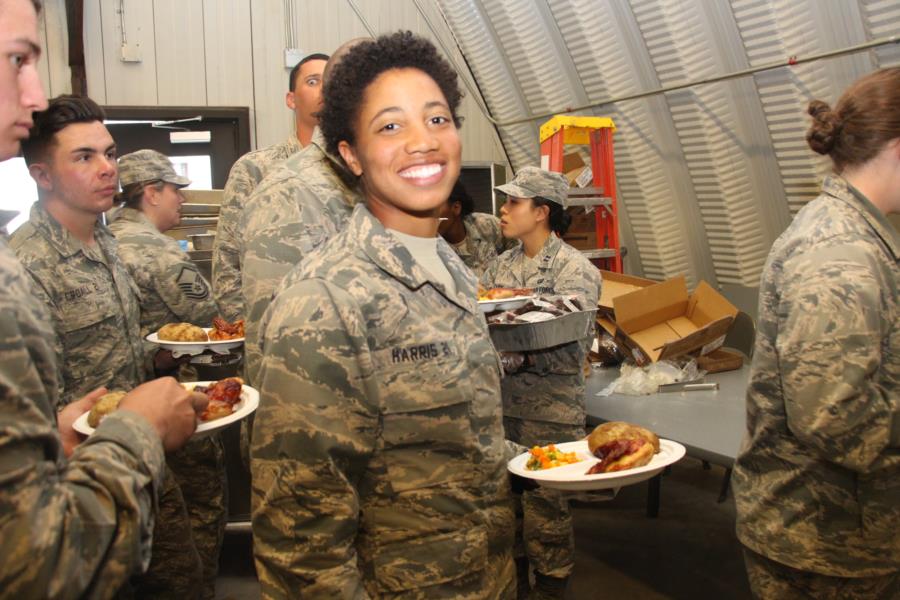 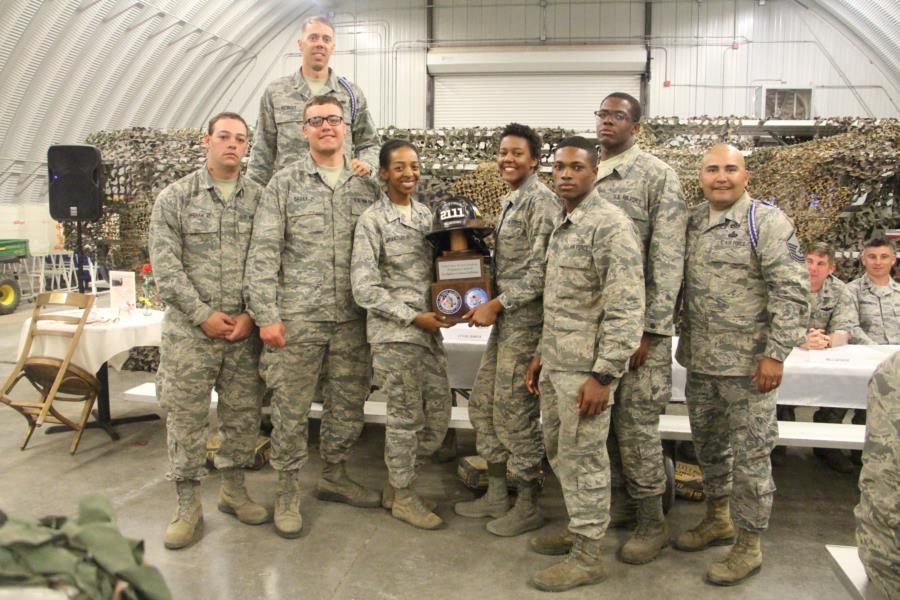 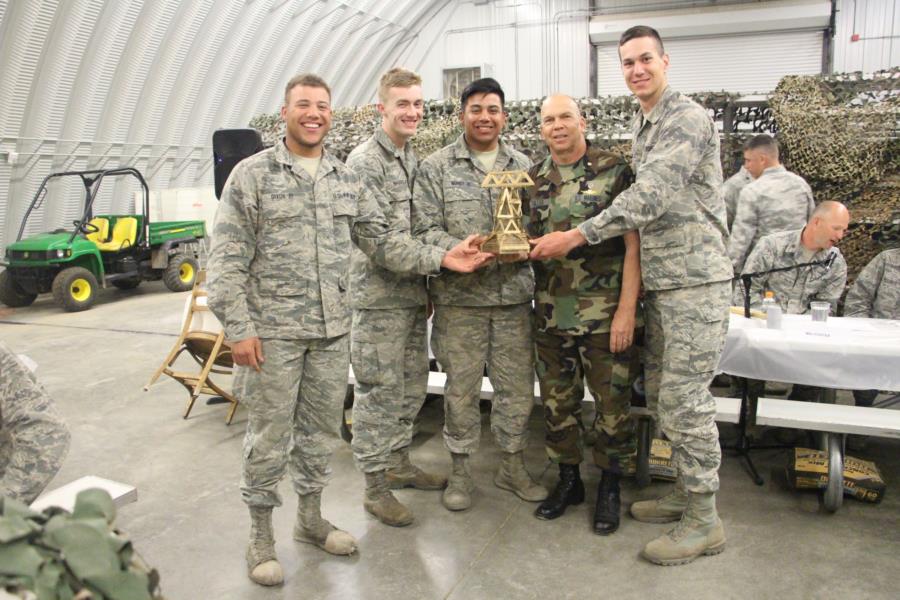 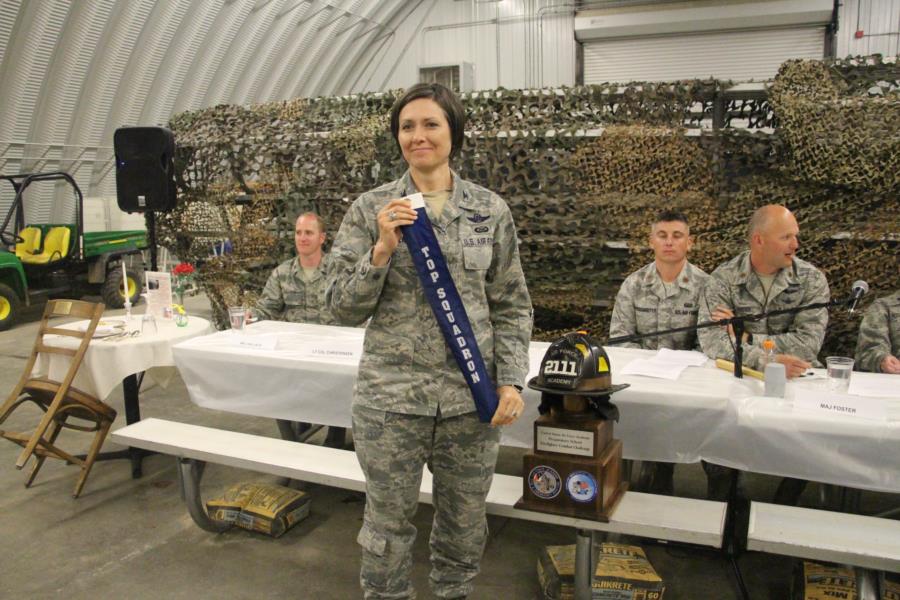 On the Eve of TX (Thursday last week) the C/C's were given their USAFA Appointment annoucement and we were there to catch the official words on video. So to finish off our blog, click the video below to see their reaction when finding out about their appointments!

We just want you to know we couldn't be more proud of your C/C's and all they have accomplished this year and we know you all are too! Congratulations to all of your C/C's for making it this far and we can't wait to see you all this week during Prep Graduation and these future 2021 Grads this summer for BCT!

We will be hard at work over the course of the next few days getting the rest of the pictures from Saturday through today up in the Galleries so keep an eye on the blogs and our facebook page for updates on the pictures being posted! Also, if you aren't able to make the Graduation events - we will be in attendance at most of them and will have pictures up after all of the Graduation events have finished! Again, big congratulations to all of your C/C's!