Prep School is visited by Gen. Clark and CMSgt Sparks

USAFA Superintendent General Clark and CMSgt Sparks have been visiting the Prep School at least once a month to get briefings on various aspects of the Prep School and its Cadet Candidates.

This week their visit entailed a briefing on the Academic Performance of Class of 2021 and the challenges encountered throughout the year.  Lt. Col Larsen started by welcoming Gen. Clark and CMSgt Sparks to the Prep School. A short video showing Heather Dorniden's 2008 Big Ten indoor 600m race was shown.  During the race, Heather Dorniden fell during the end of the second lap (3 lap race).  She then got up, continued running and came from behind to win 1st place.  This video was shown as an example of "Getting back up when down", which several Prep School Cadet Candidates stated had happened to them this past year at the Prep School. 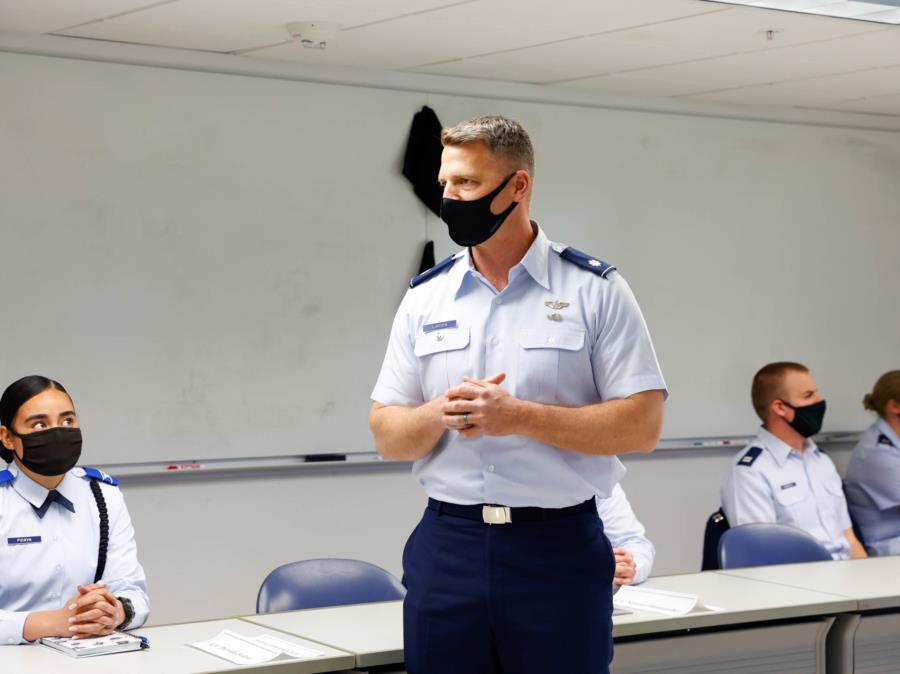 Capt Hannasch, Math instructor, and Capt Heath, English instructor, both spoke of the challenges that faced the Instructors and the CC's this year due to changes brought on by Covid. Class size went from 22 CC's a class down to 10 CC's.  The academic year was also restructured going to a trimester system instead of a quarter system.  It was stated that the smaller class sizes has led to better performance by the CC's and that more specialized attention given to each cadet has helped them tremendously.  This has added more classes for the instructors to teach which has increased their workload.  Both instructors mentioned that the Prep School is looking at how it should evolve to move forward with some of the new ways of teaching with how things were done previously.  They are looking to see if there is a sustainable approach to class size and number of classes that works for both students and instructors. 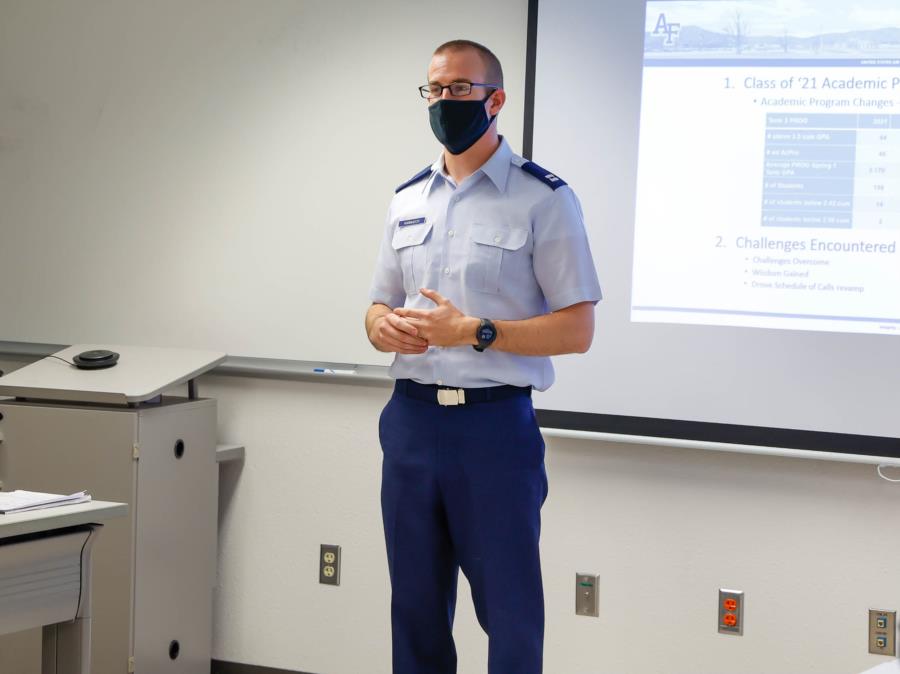 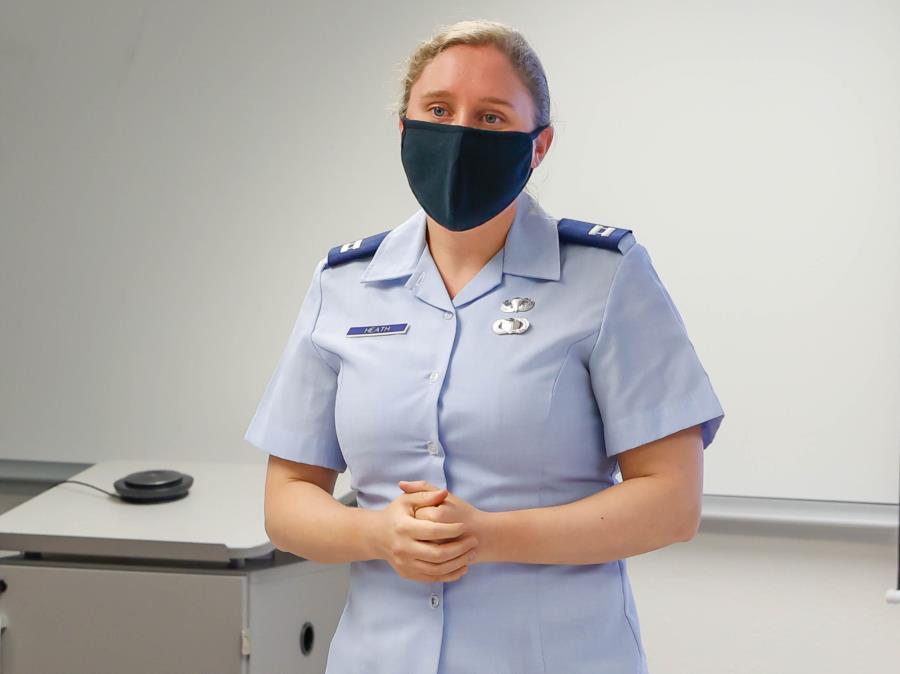 These briefings were then followed by 6 Cadet Candidates testimonies to the challenges they faced this year and how they overcame them.

CC Terrell and CC Pressley both stated how they struggled academically and had a 1.8 GPA.  CC Terrell stated that he had to change from a 'victim' mindset to 'How can I help myself' mindset.  CC Pressley learned that 'it isn't about keeping up with anybody else, but doing the best you can and putting in the work and effort needed to succeed."  Both of them learned that through resiliency, a change of mindset and new learning skills, they are able to accomplish their goals. They both were able to bring their GPA to a 3.6 this semester. 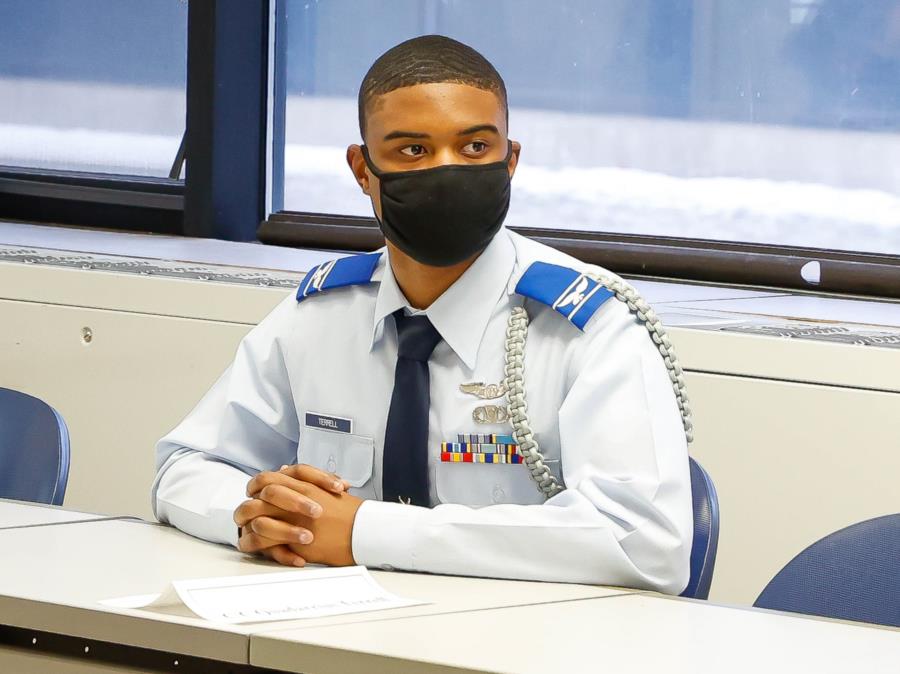 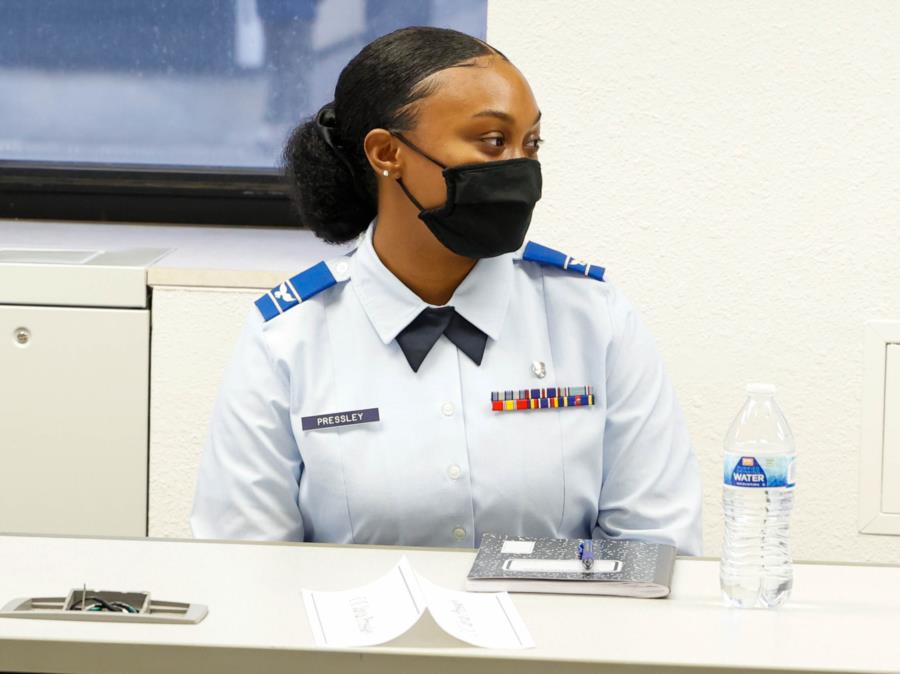 CC Hodo told us how he had to learn how to ask for help when it was needed and to not be too proud to do so.  His instructors really helped him with his academic performance, but more importantly, they taught him to believe in himself and to remember that he is good enough and smart enough to be at the Prep School with a follow on appointment to the Academy.

CC Slail realized that he wasn't performing as well as he knew he could and that time was passing quickly.  He stated that he realized that he had to work hard to accomplish his goals and that sometimes "you just gotta do what you gotta do to get it done."  It isn't always fun or easy, but the pride in accomplishing a task and knowing you gave it your all makes it worth it. 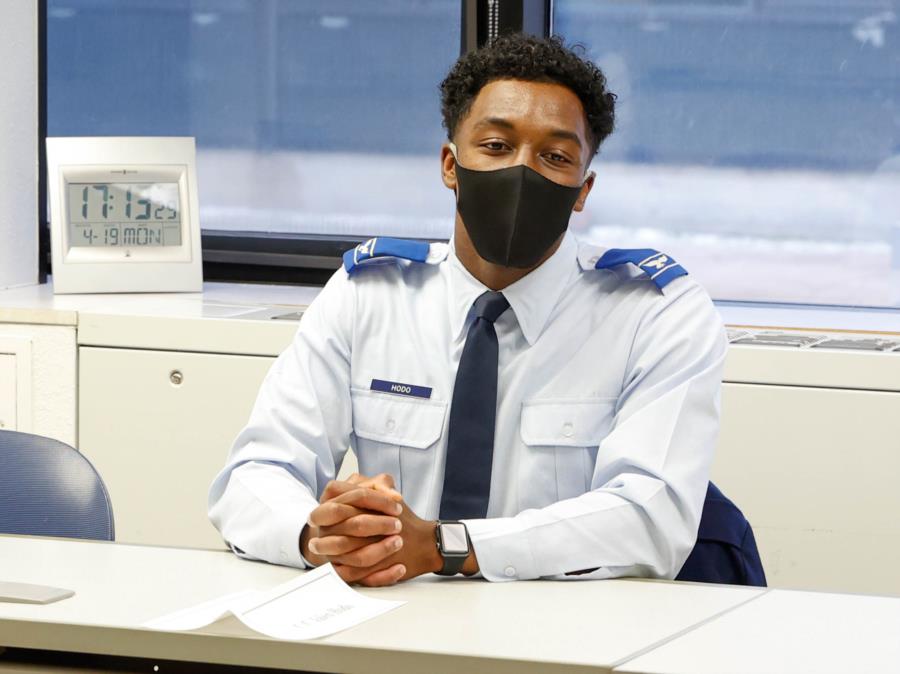 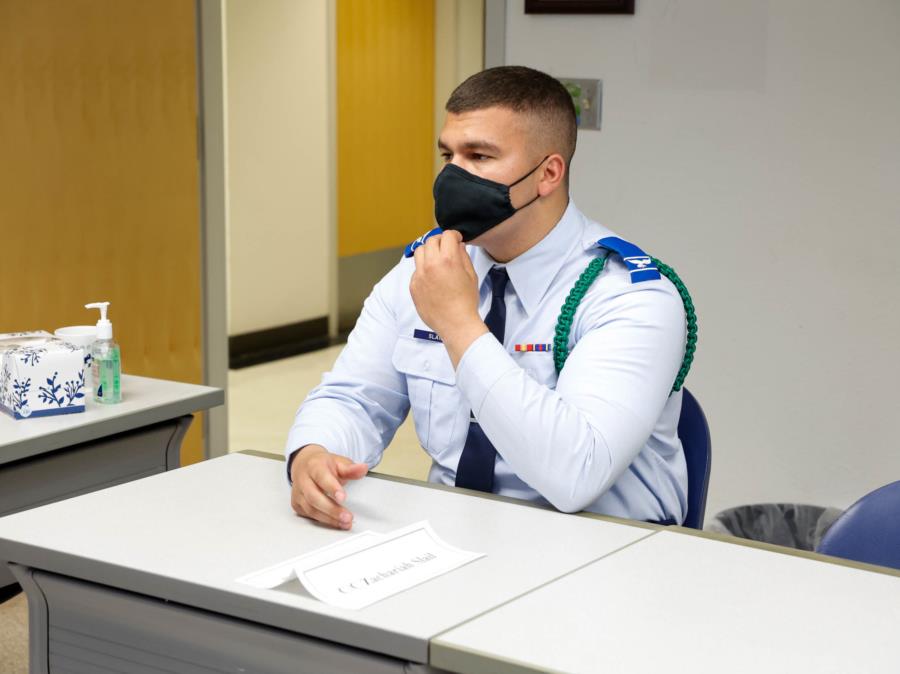 CC Fuiava and CC Hernandez both stated family was a big motivating factor in helping them turn their academic performance around.  CC Fuiava is from the Samoa and it took a significant amount of effort from family and others to get her here to USAF Prep School.  She is determined to be the first person in here family to graduate college.  Not many young people from Samoa go to the Academy and she wants to represent her Samoan family well.  They are here inspiration.  CC Hernandez also mentioned family as his motivation to get through the tough times and continue pursuing his goal of being a USAFA Graduate and officer in the Air Force.  His younger brother looks up to him and wants to be like him when he gets older.  CC Hernandez says that he doesn't want to let his younger brother down and that this helps him keep his purpose in mind when things become difficult. 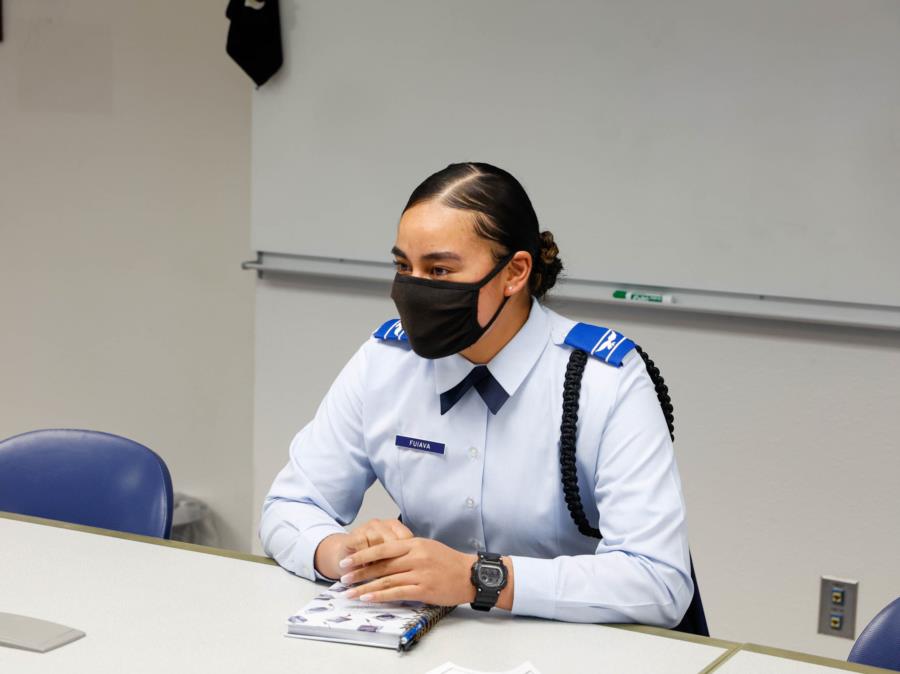 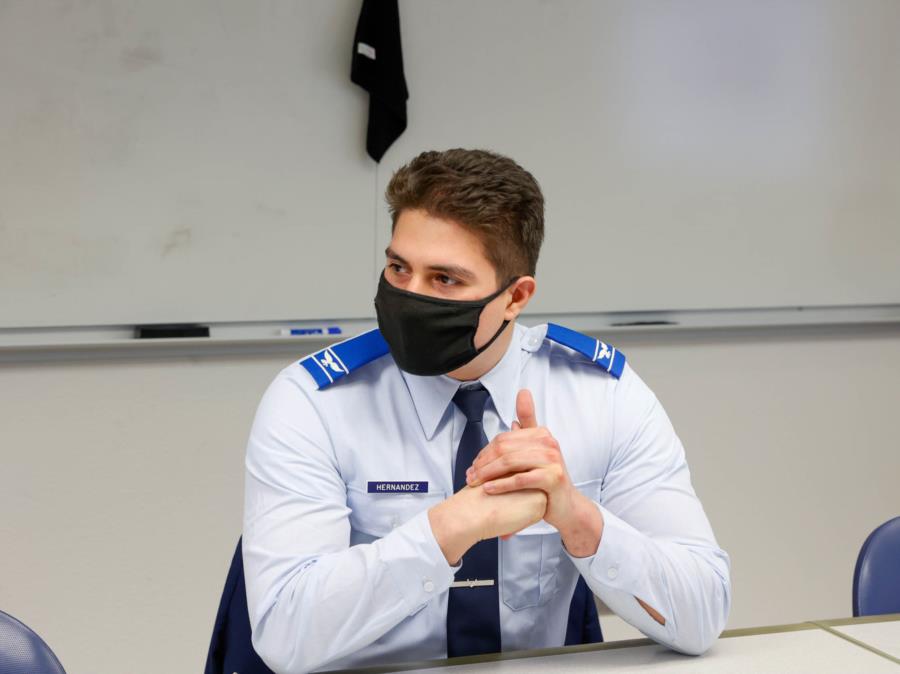 All of the CC's shared very personal and real stories to show how they have gotten up when down and a common theme was that finding their purpose again for coming to the Prep School has helped them continue through this difficult year.  The academic skills and personal accountability they have learned this year will help them during their cadet career at the Academy and all of them seem to have a bright future ahead.

General Clark and CMSgt Sparks both spoke on trusting yourself and your training to get you through each milestone and challenge you will be faced with.  How you approach life's challenges can determine your path and the success of your journey.  Choose your attitude everyday, put the work in and execute.  Gen. clark stated that understanding why you are doing something, shooting for a bigger purpose and remembering what you have overcome to get to where you are is important to success in life, even if your path ends up differently than you thought it would be. 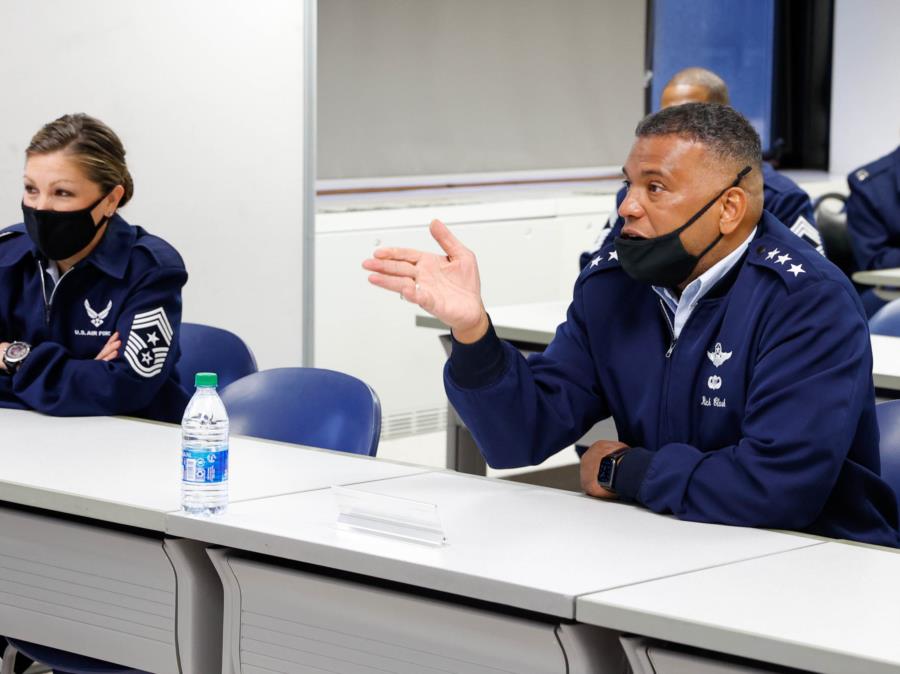 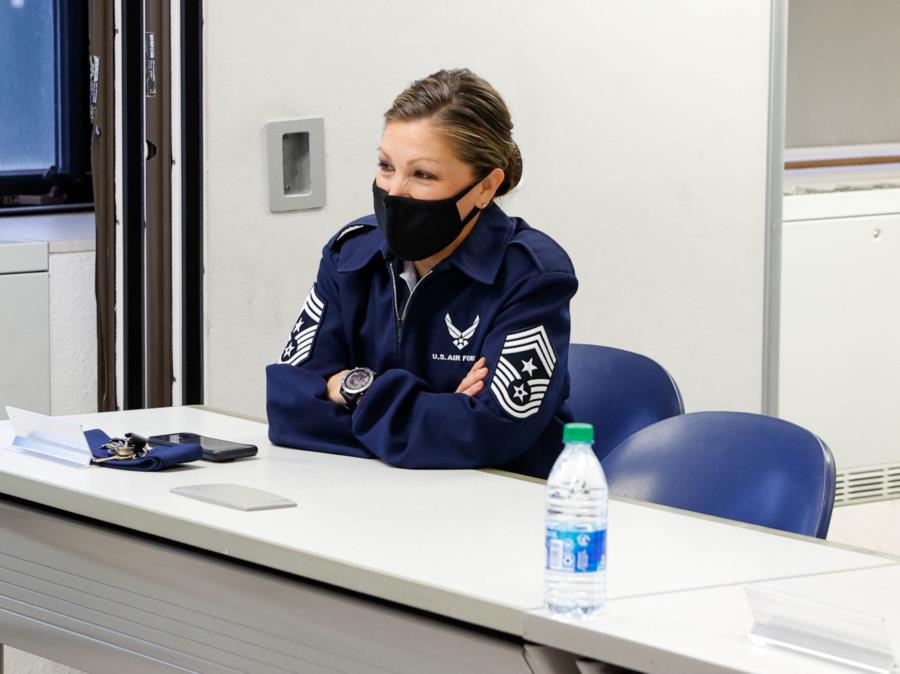 Gen. Clark and CMSgt Sparks both stated that after listening to the CC's tell their personal stories, it helped them both remember their "purpose" and has inspired them to continue the work they, even through all the challenges they face daily.  Both of them presented their coin to each of the CC's in recognition of their academic success. 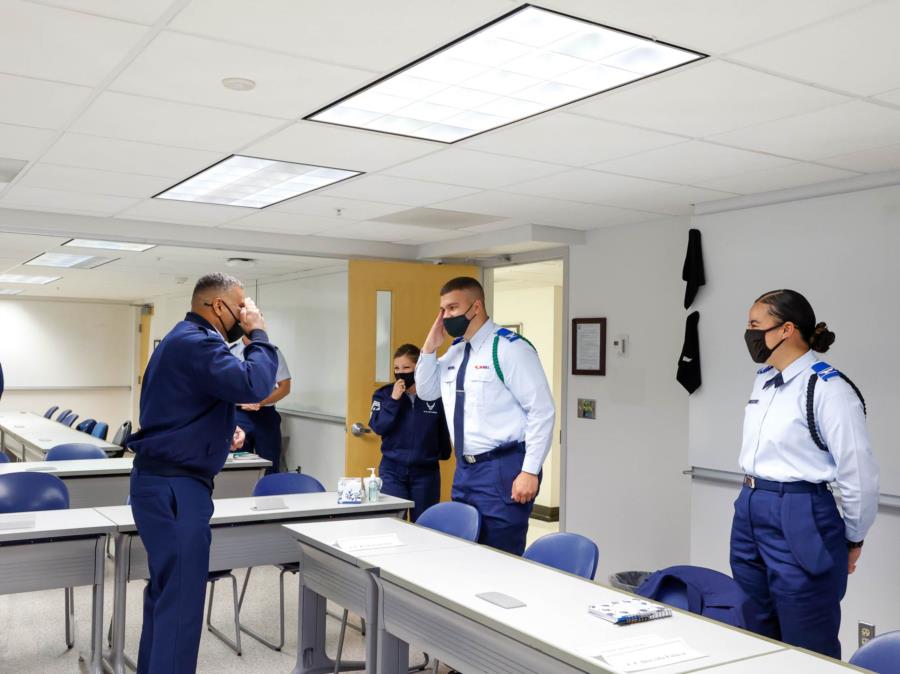 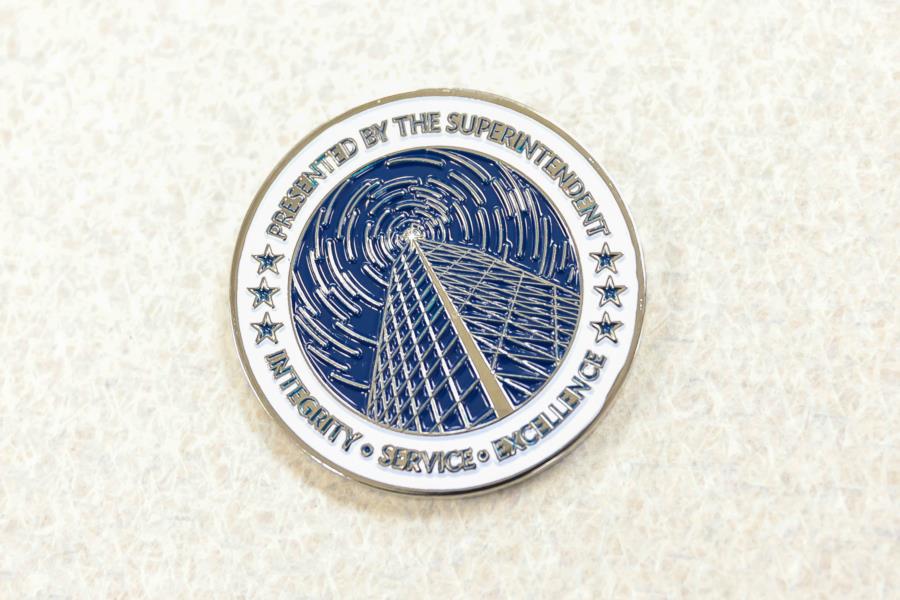 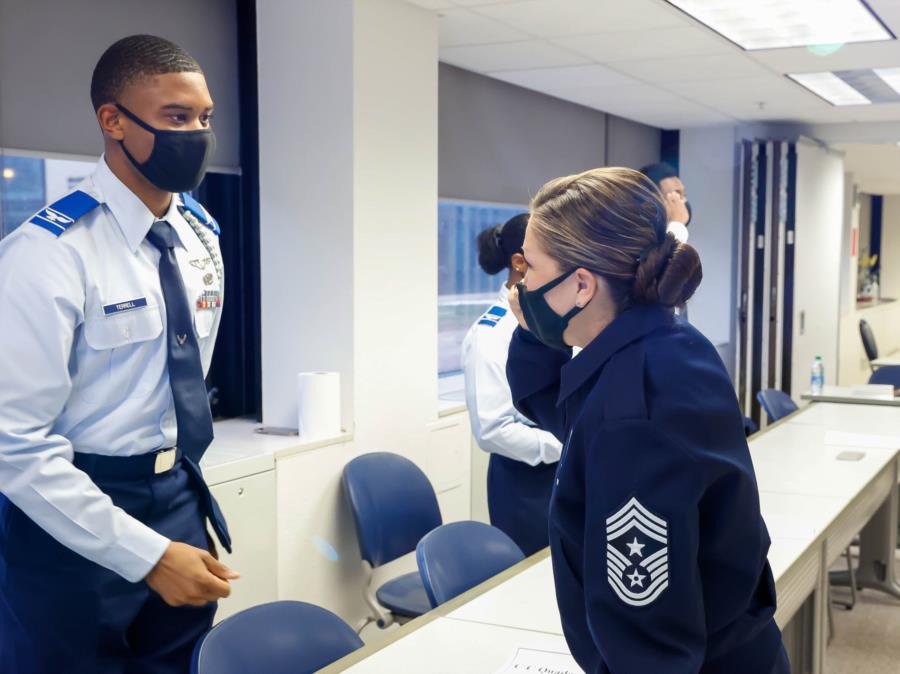 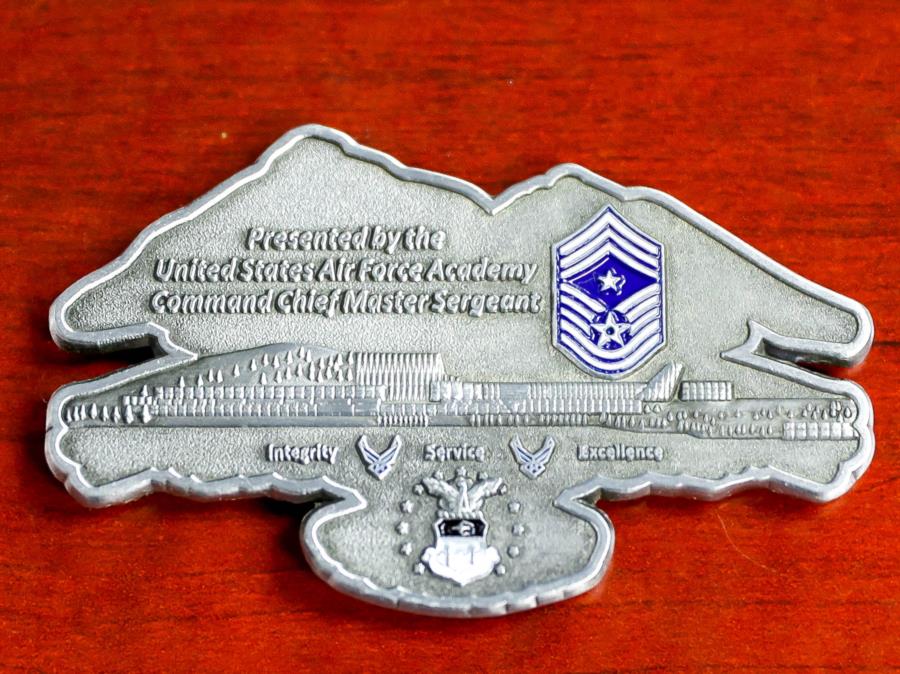 To view the photos from this visit, go to Classes > Prep School > Prep Life.  Set your photo order OLDEST to NEWEST.  Select your start page or click on the link below.