Recently the Prep School had the honor of being visited by Maj Gen Armagno, Brig Gen Armacost and Gen (Ret) Wolfenbarger.

For the Prep School PLT's training theme through March is "servant leadership" and Major General Armagno who was the first to visit discussed how she applied her knowledge of servant leadership (or learned more about it) through warning ops, working as a junior officer, leading launch and range ops, and directing a MAJCOM staff. The end objective was for the preppies to understand how to be a servant leader at all levels in the chain of command. March is also Women's History Month, and Maj Gen Armagno provided remarks on serving as an officer as a woman.

Sadly we were only able to catch the end of her visit but we got glimpses of her talking one on one with the Preppies! 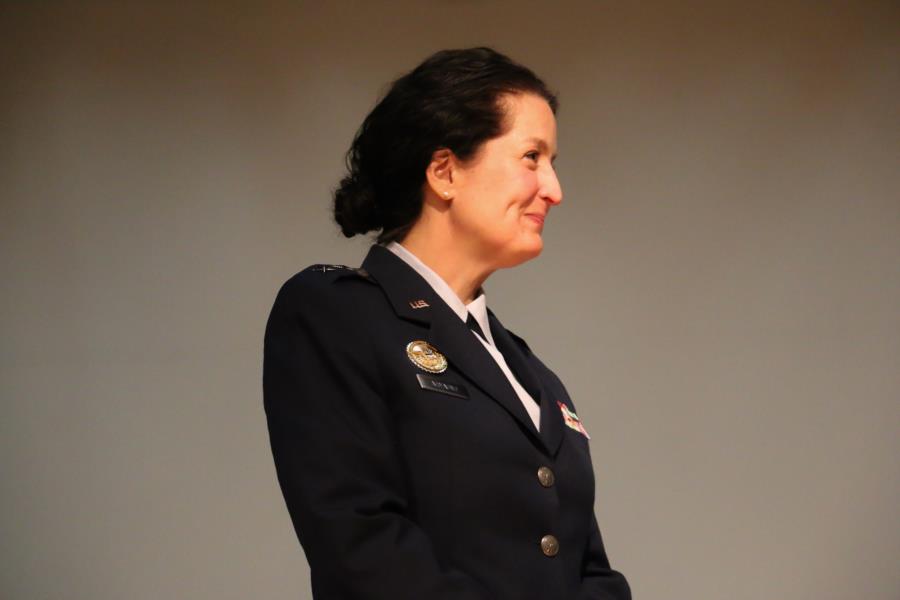 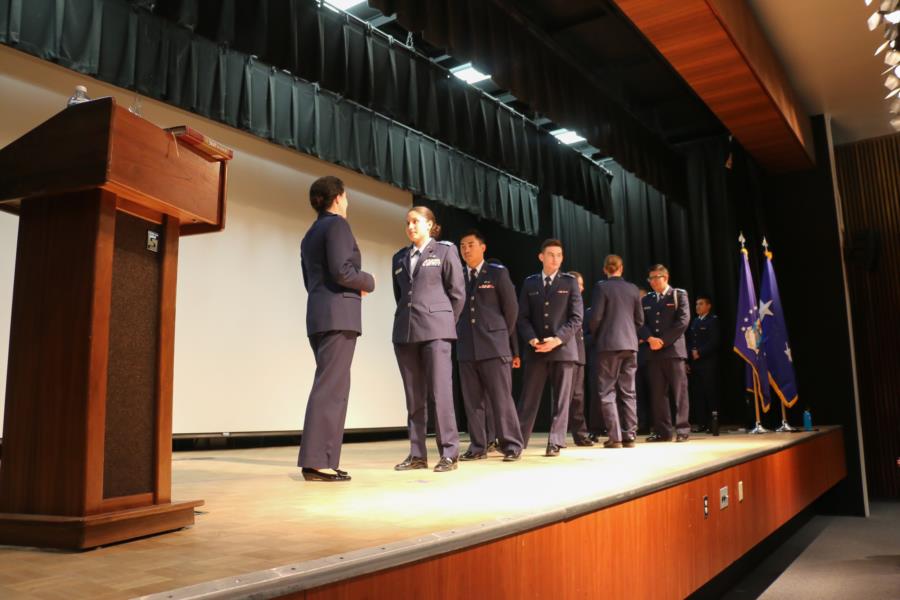 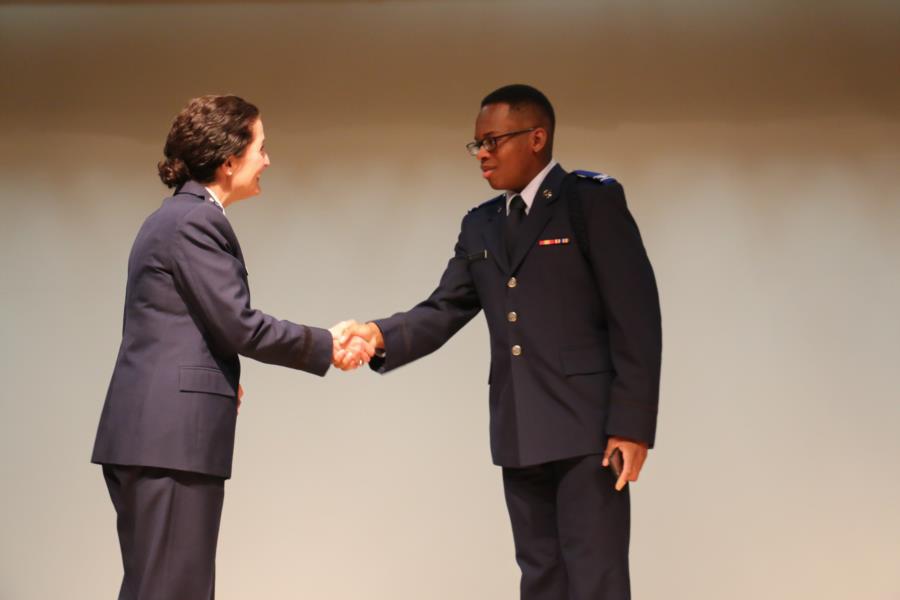 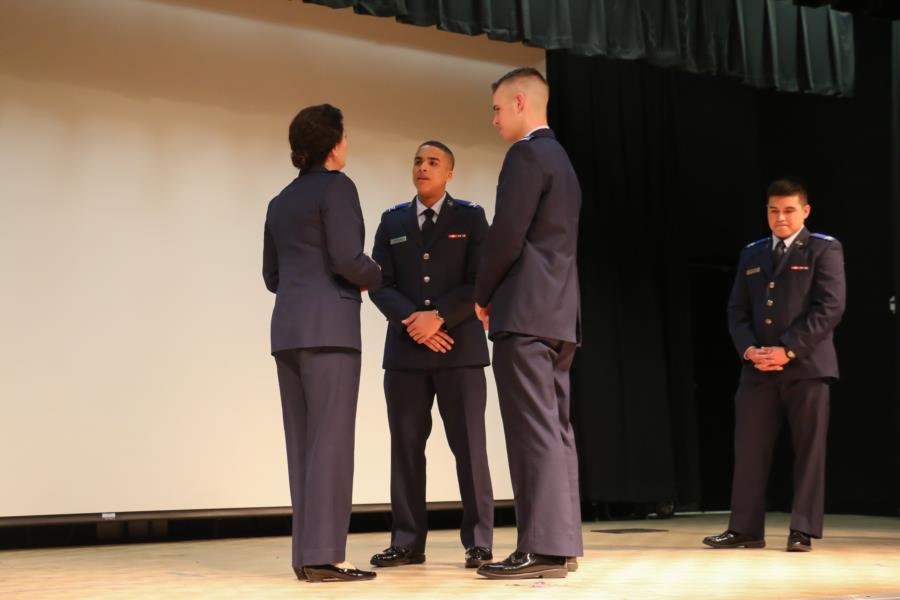 Some background on Major General Armagno;

Next to visit was Brigadier General Armacost, during his time with the Preppies he mostly spoke about what the preppies can expect of the academic curriculum next year, at the end Cadets also had the opportunity to speak with him one on one. 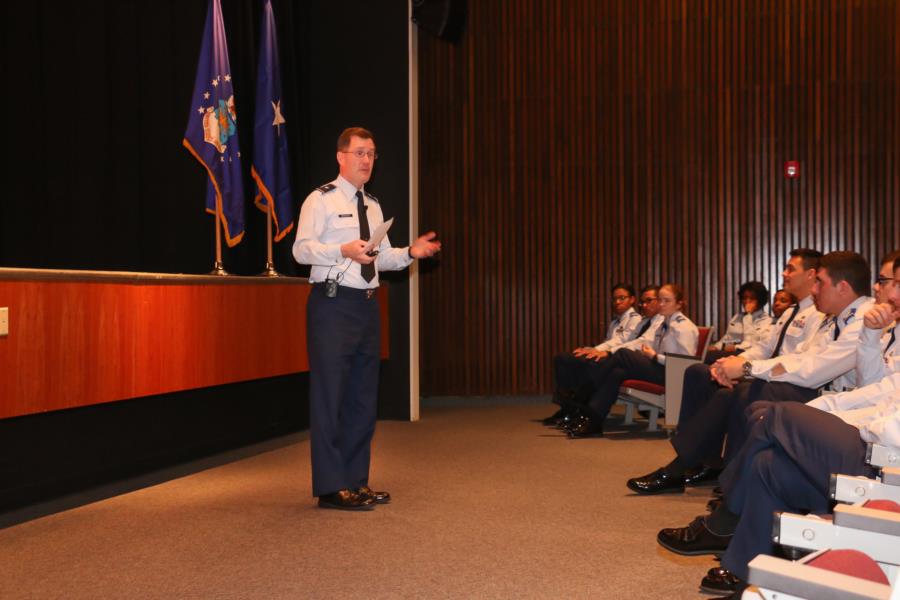 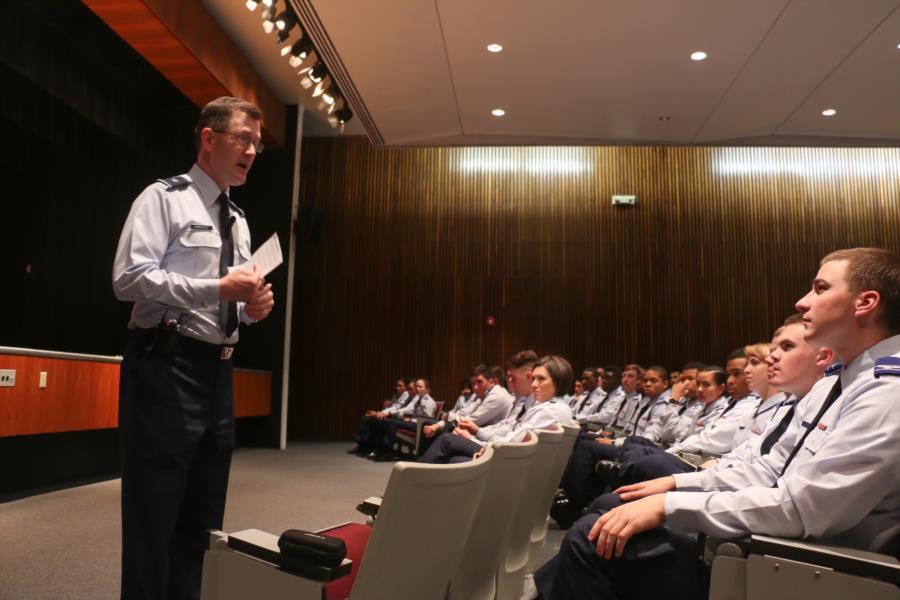 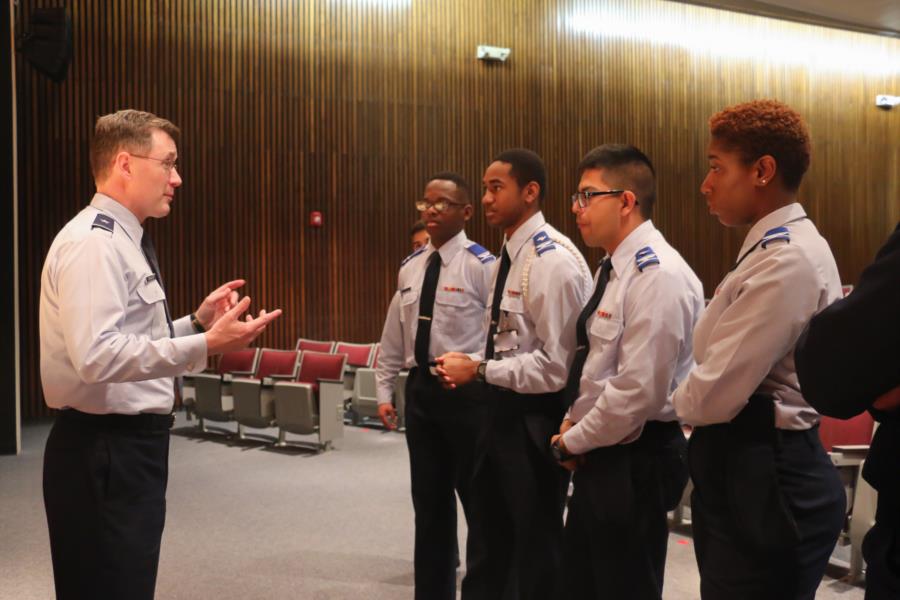 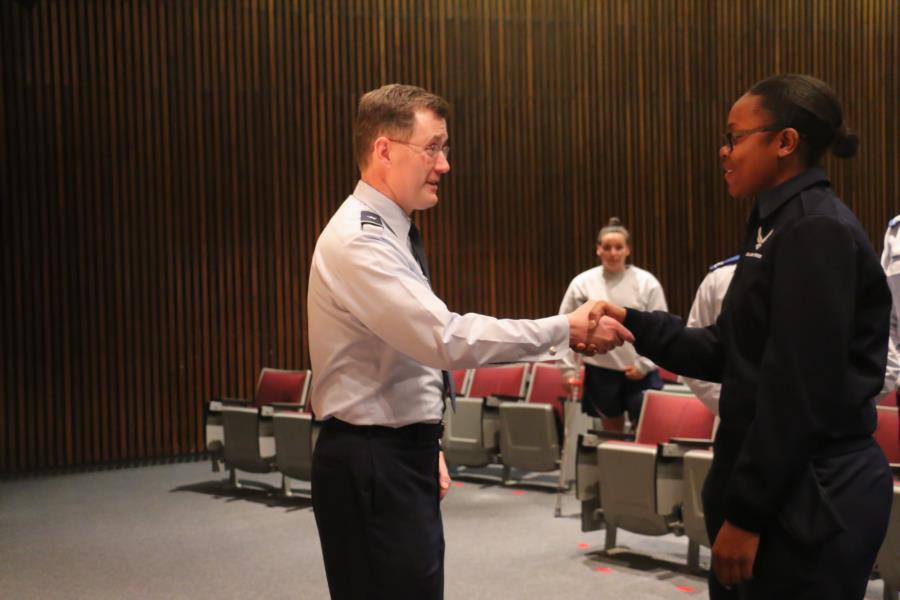 Some background on Brigadier General Armacost;

Brig. Gen. Andrew P. Armacost is Dean of the Faculty, U.S. Air Force Academy, Colorado Springs, Colo. He commands the 700-member Dean of Faculty mission partner and oversees the annual design and instruction of more than 500 undergraduate courses for 4,000 cadets in 32 academic disciplines. He also directs the operation of five support staff agencies and faculty resources involving more than $350 million.

General Armacost graduated with honors as an ROTC Distinguished Graduate from Northwestern University in 1989 with a Bachelor of Science in industrial engineering. He is an experienced operations research analyst, supporting a variety of Air Force and joint projects. General Armacost joined the faculty at the U.S. Air Force Academy as an instructor of management after completing a Master of Science in operations research as a Draper Fellow at the Massachusetts Institute of Technology. He was selected to return to MIT to pursue a Doctorate of Philosophy, completing his degree in operations research before resuming his teaching and research duties at the Air Force Academy. He later served as chief analyst at Air Force Space Command.

Prior to his current assignment, General Armacost was the Permanent Professor and Head of the Department of Management, commanding 38 military and civilian faculty members, responsible for all curriculum, personnel, budget, research and long-range planning.

Finally, it was General (Ret) Wolfenbarger who visited the Prep School. General Wolfenbarger was the Air Force's first female four-star general and she recounted her story as a female leader in the Air Force for Women's History Month. The objective was for cadet candidates to understand some of the unique hardships that women can face while serving. 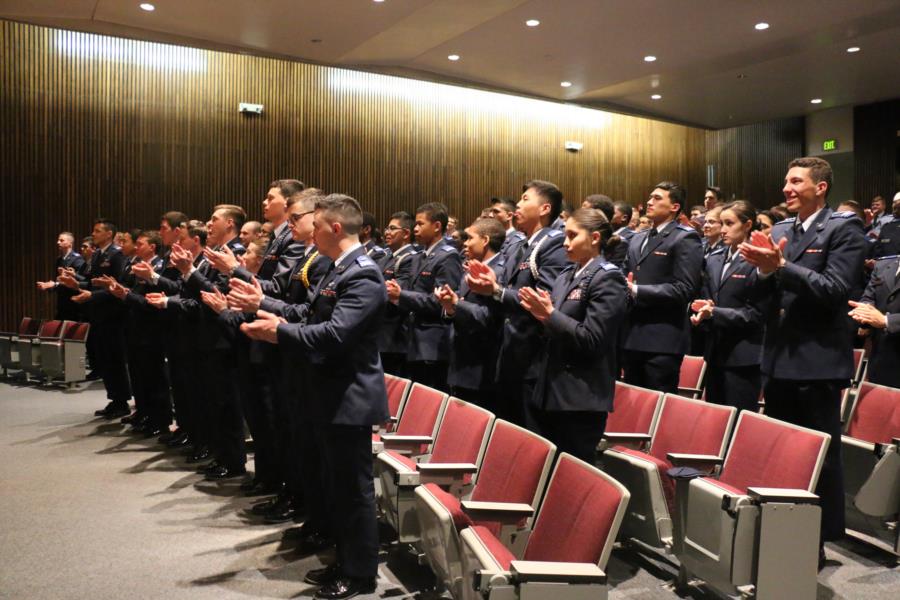 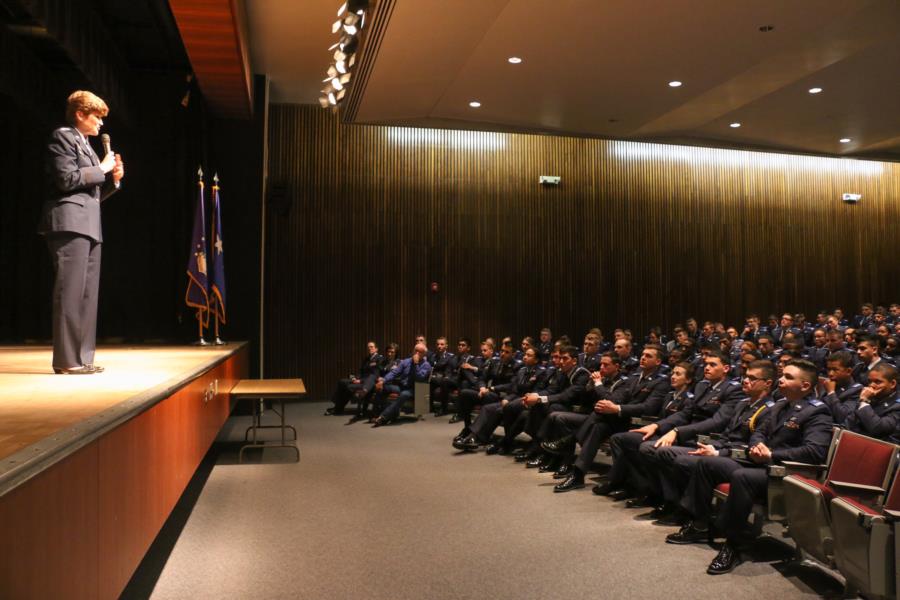 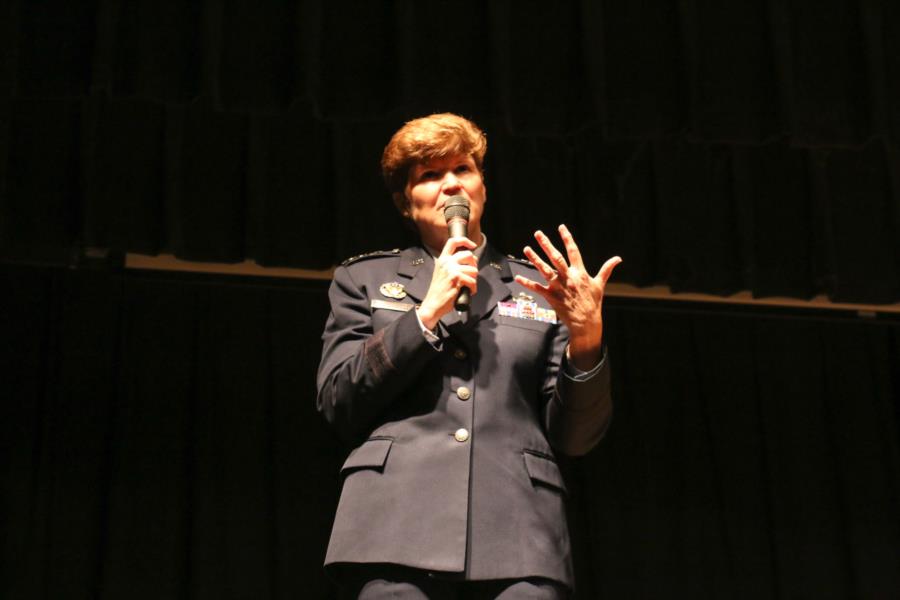 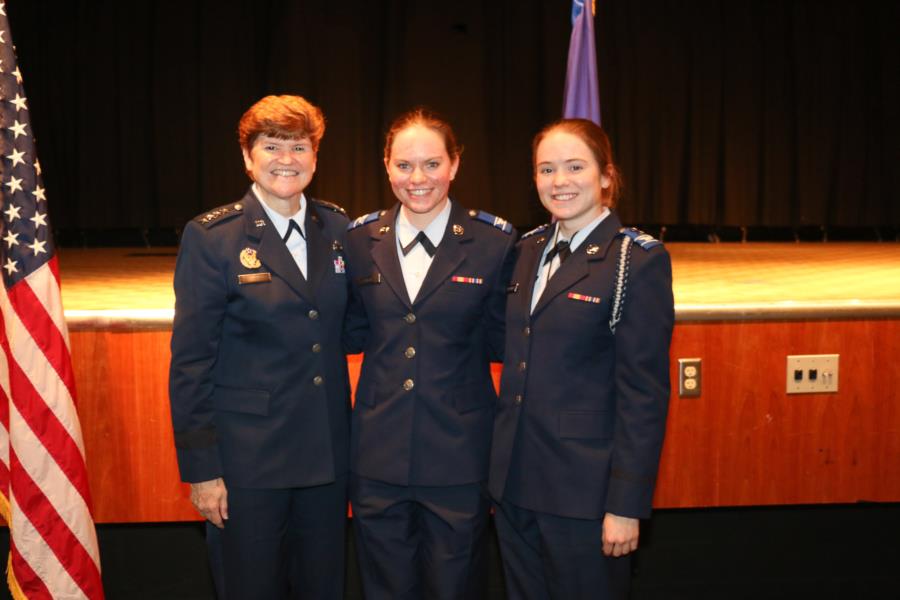 Some background on General (Ret) Wolfenbarger;

General Wolfenbarger was commissioned in 1980 as a graduate of the U.S. Air Force Academy, and began her career in acquisition as an engineer at Eglin Air Force Base, Fla. She has held a variety of assignments at headquarters Electronic Security Command and Air Force Systems Command.

Prior to her final assignment, General Wolfenbarger was the Military Deputy, Office of the Assistant Secretary of the Air Force for Acquisition, the Pentagon, Washington, D.C.

General Wolfenbarger is currently the chairperson of the Defense Advisory Committee on Women in the Services (DACOWITS).

To view the rest of the pictures from each of their visits go to; Classes - Prep School - Prep Life. Or click the link below.