The Prep CC's completed another week of Basic Military Training and had some fun on Sunday with anothe team building activity day.  The activities were more challenging and fun this time around and it was great to see them working together to solve the challenges.

Some of the activities were:

Ball and String: This activity included three different sets of strings tied to a metal circle.  The CC's had to lift the strings and circle up until they captured the ball.  Each group then had to coordinate with the others to move towards the stand and place each ball on the stand without it falling off.  The stand had various heights and so the groups had to maneuver around each other to get their placement correct. 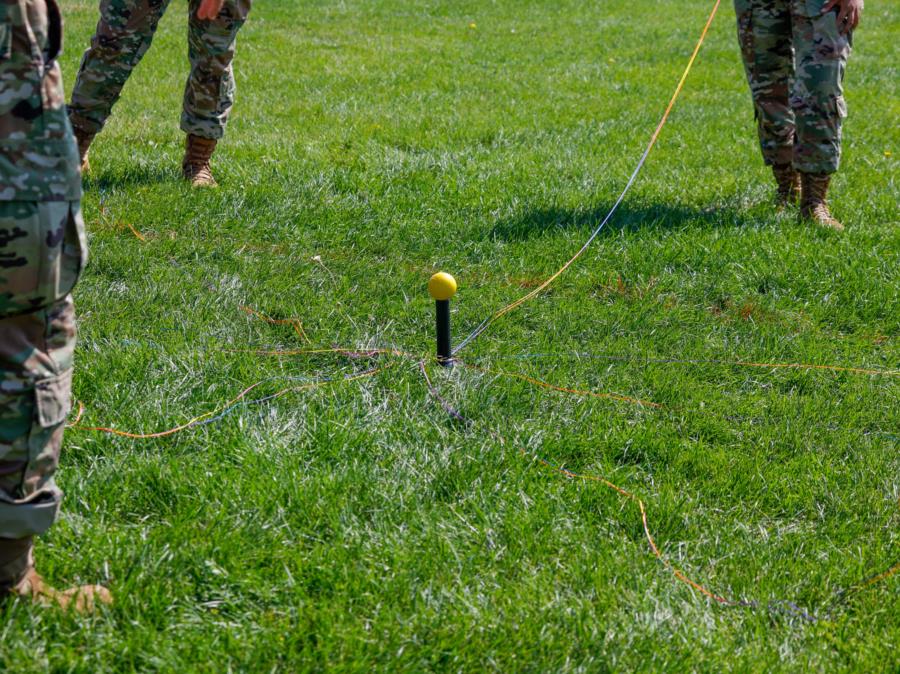 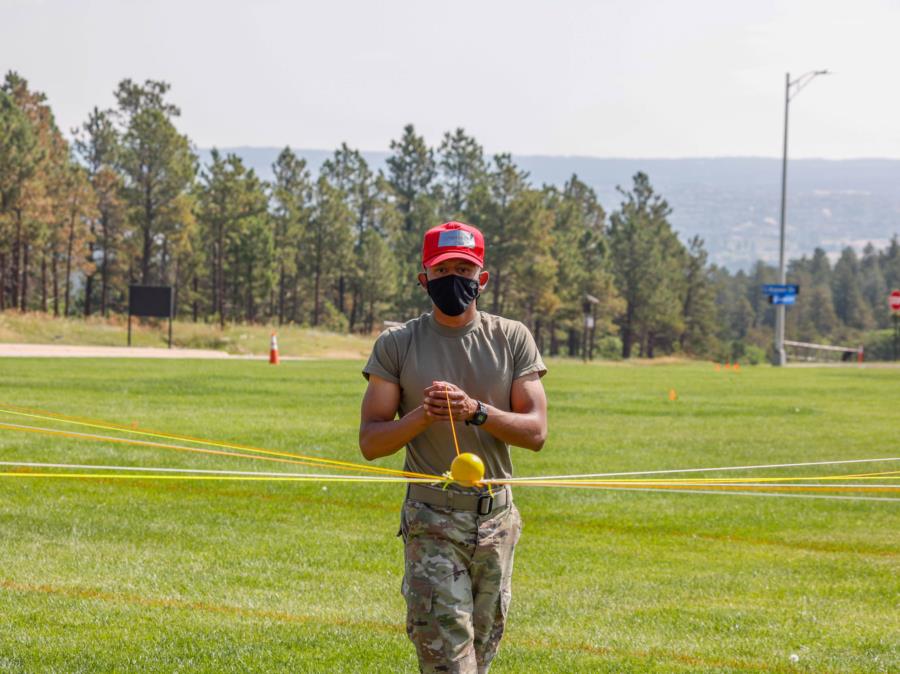 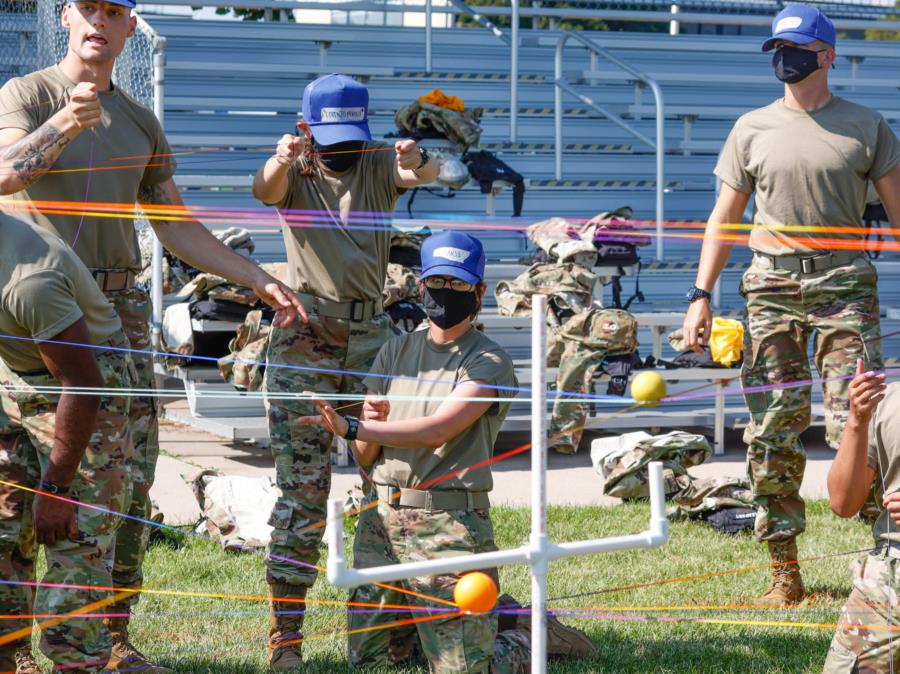 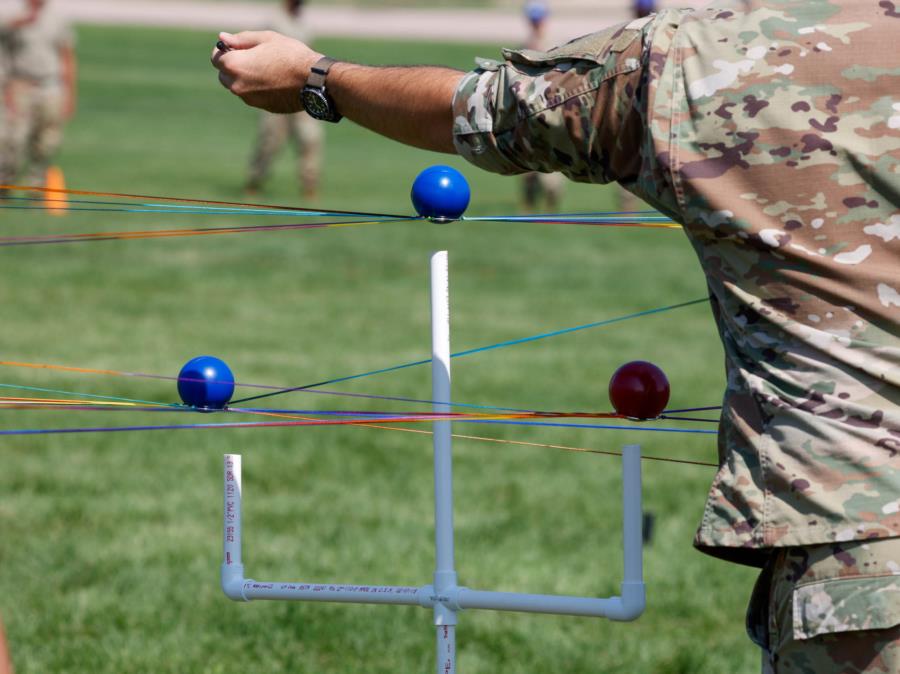 Follow the Leader-but with your eyes closed:  This was definitely a very challenging activity.  There were teams of at least 3 members each.  Two of the members were to guide the third person to a location, have them pick up an item and then move towards the hula hoop and place the item in the hoop.  The challenging parts were that the person finding the object had to have their eyes closed and just follow the directions of the other two.  If that wasn't challenging enough, they had one of the two teammates keep their eyes closed, but they could talk.  The other member could have their eyes open but could not talk.  The one who could see would have to use some type of code, such as tap the right or left shoulder for left or right direction.Or tap their hand for forward and backward. Then the person who was "blind" called out the directions to the third 'blind' teammate.  Confused yet?  They definitely were! But it was fun to see how they interacted and worked together to get the objective done. 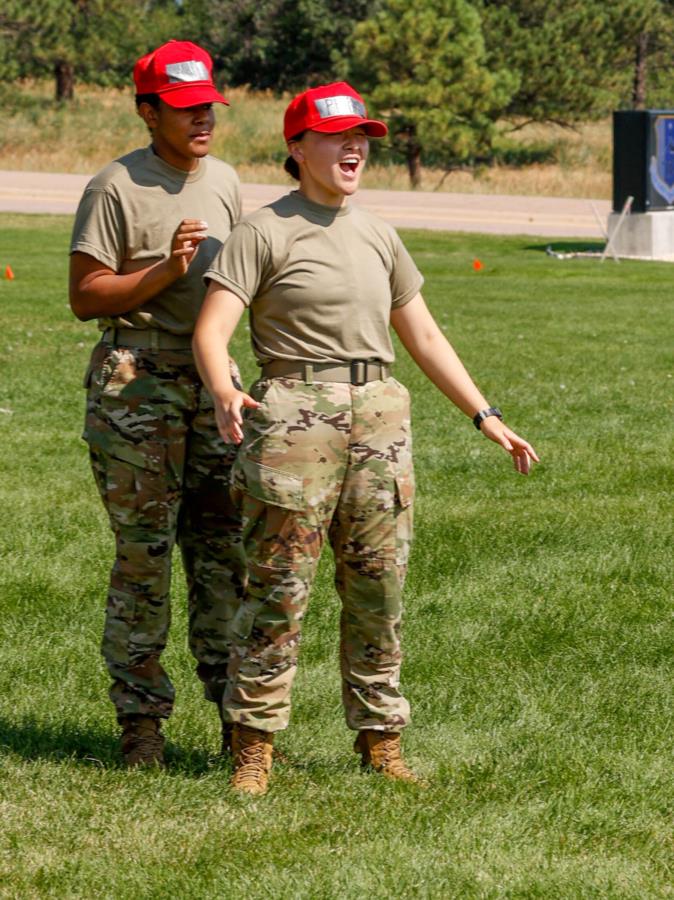 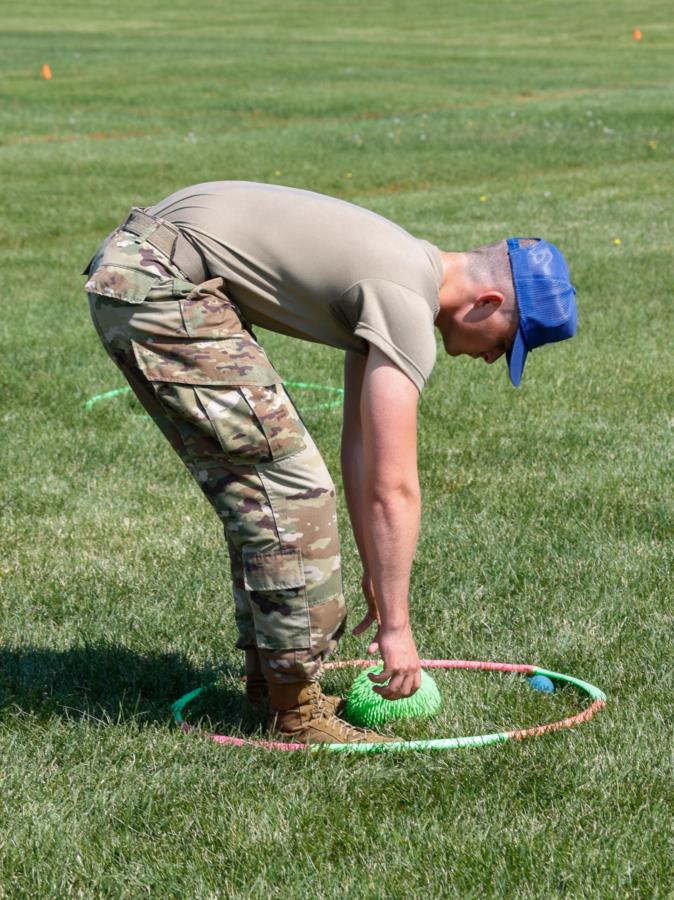 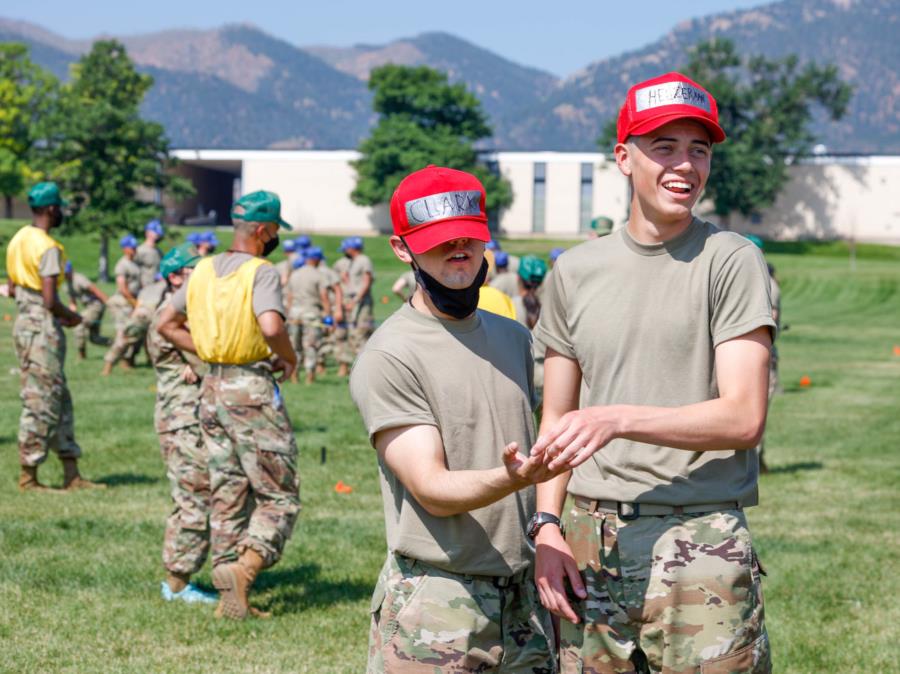 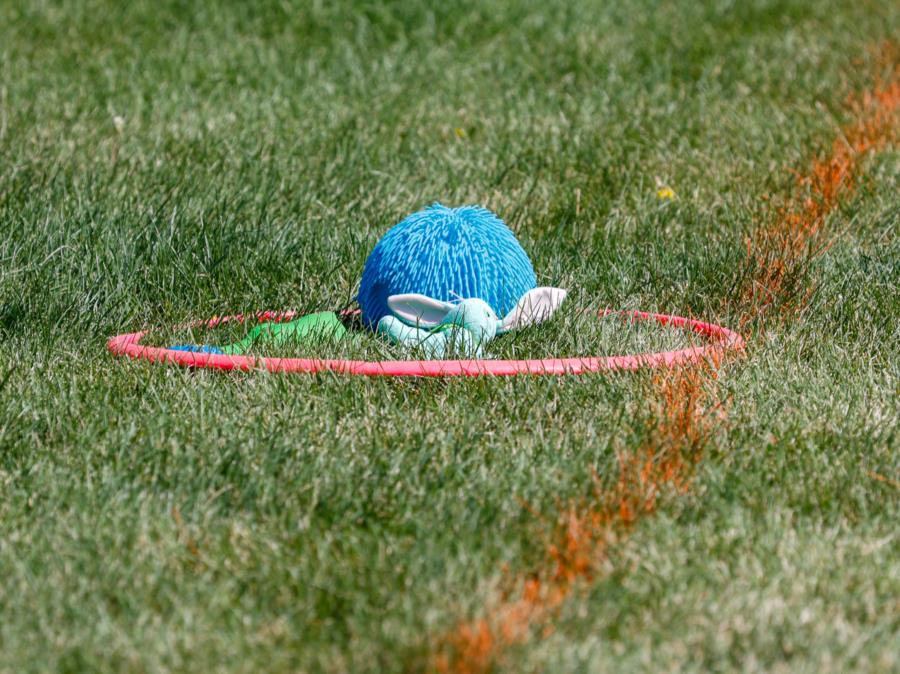 Hot Lava:  As the name implies, the ground was hot lava and the CC's could only stand and move if they were on a square.  There were not enough squares for everyone and so there were times that in order to move forward, they would have to get one foot on a square and then move the square from the other foot to a new location. If they fell off the square, the square was removed.  This made it tougher for all the CC's to make it to the safe zone.  They did get creative and soon found themselves piggy backing some of their teammates! 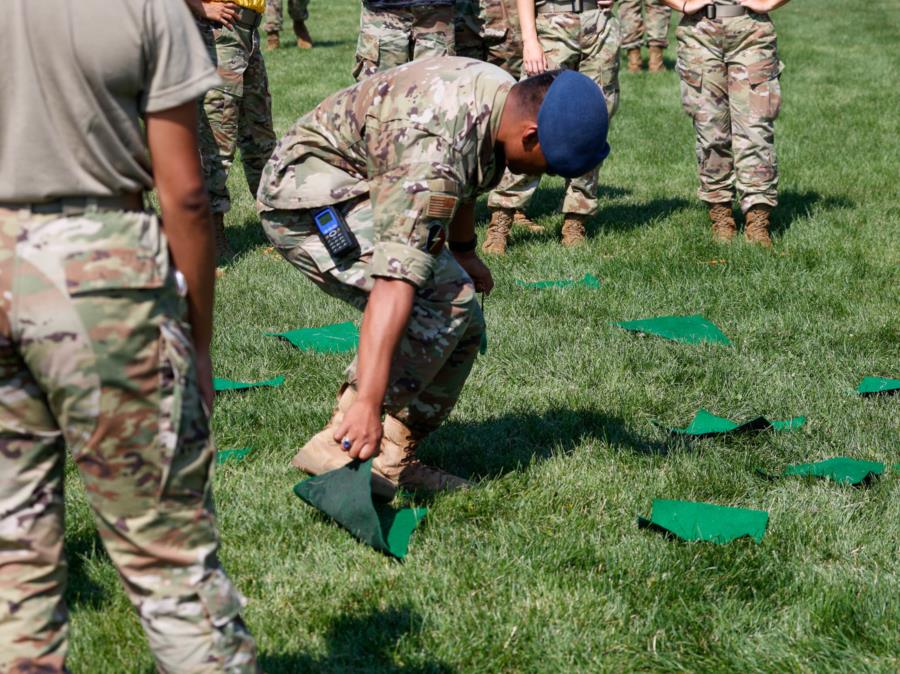 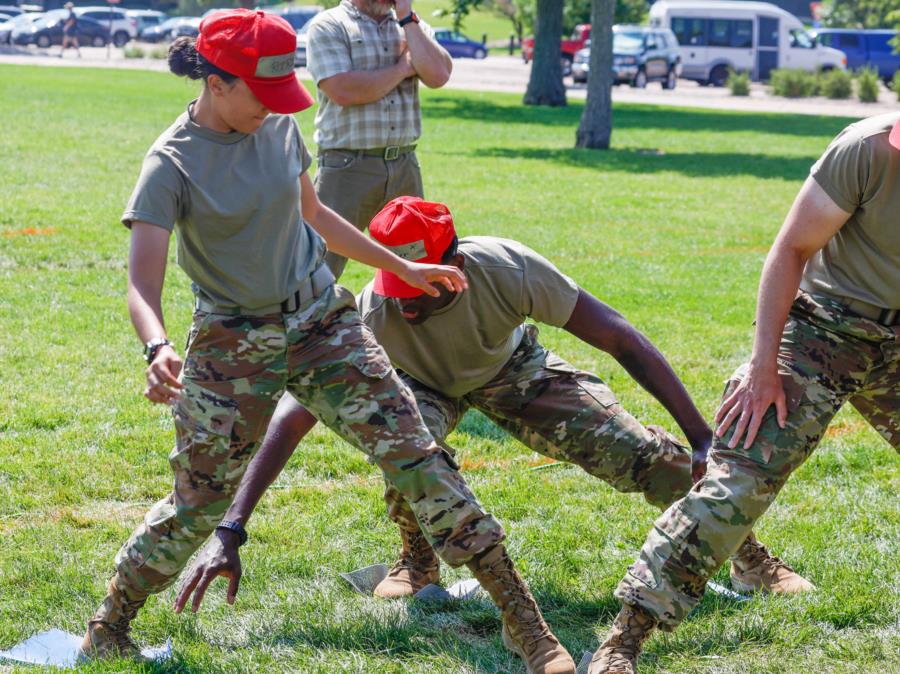 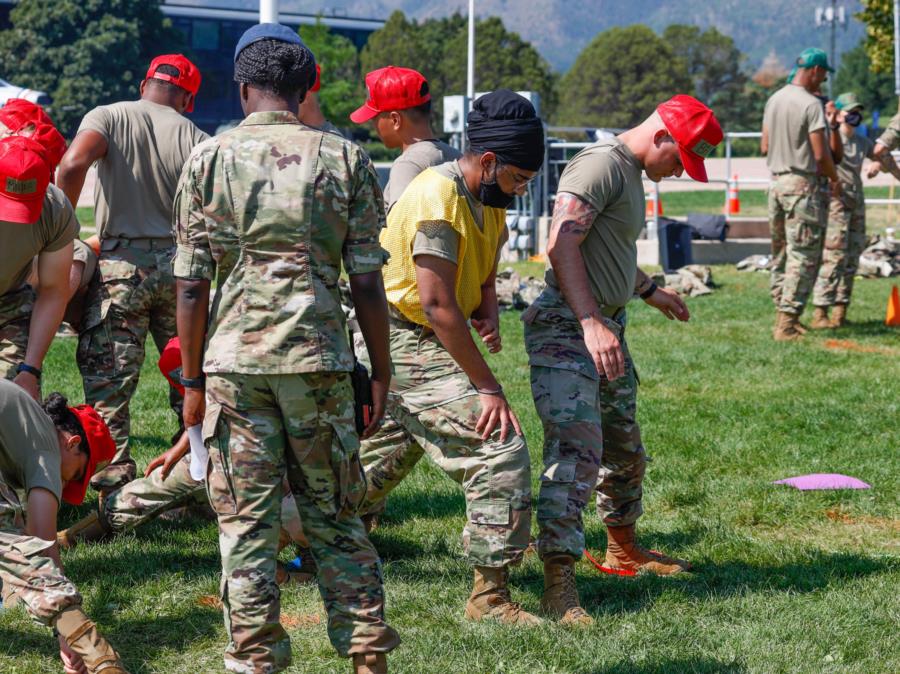 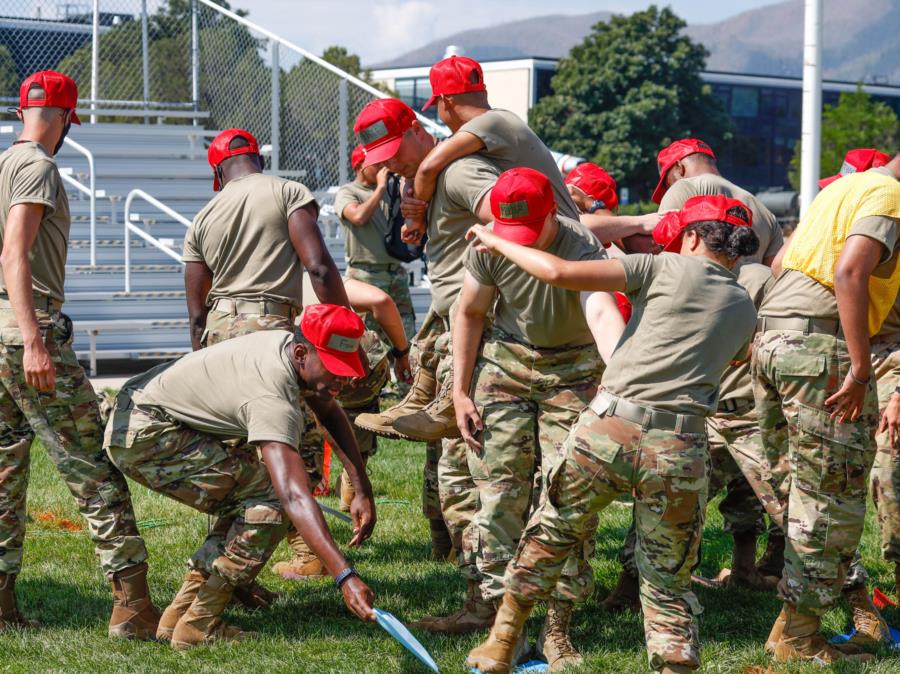