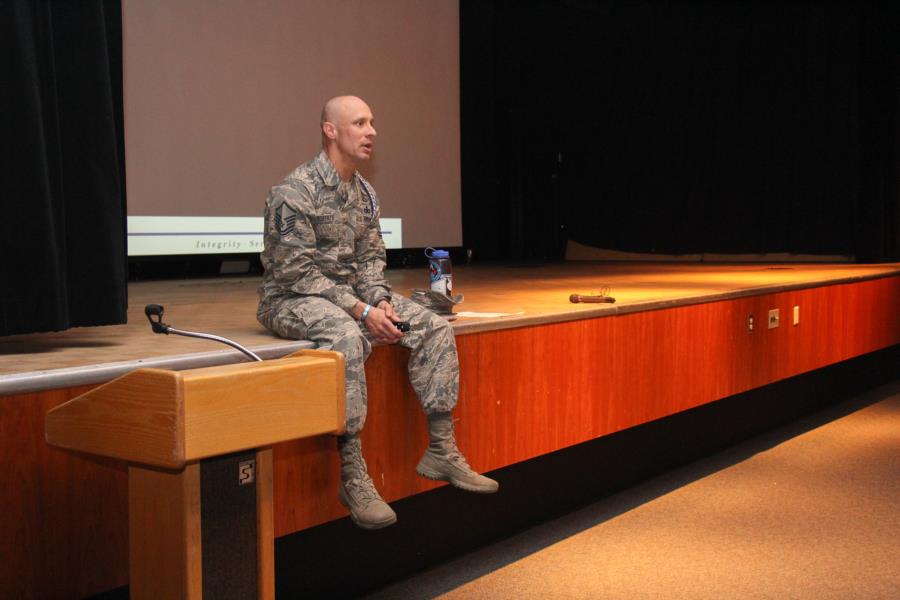 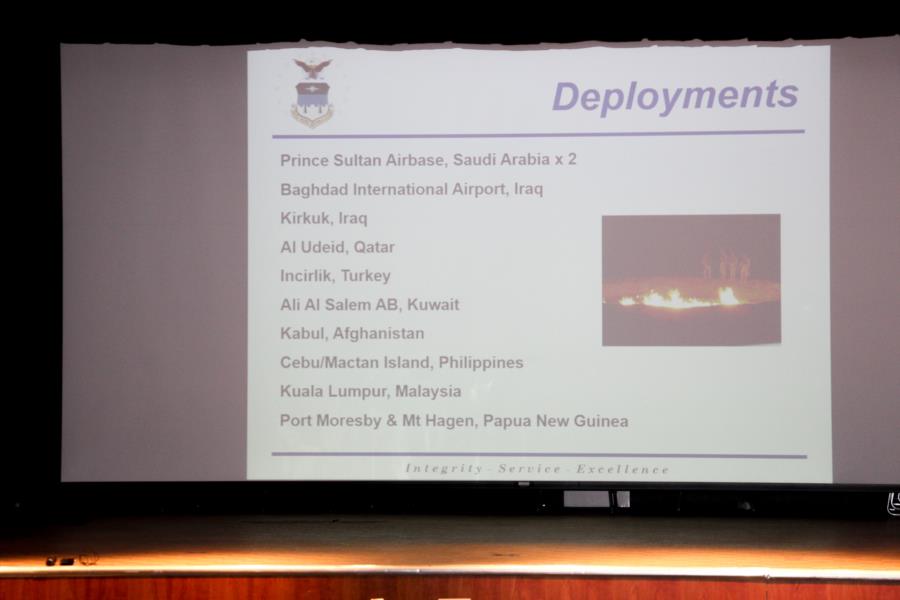 He shared a map with points around the globe to show everywhere he has been during his Military career. Impressive! 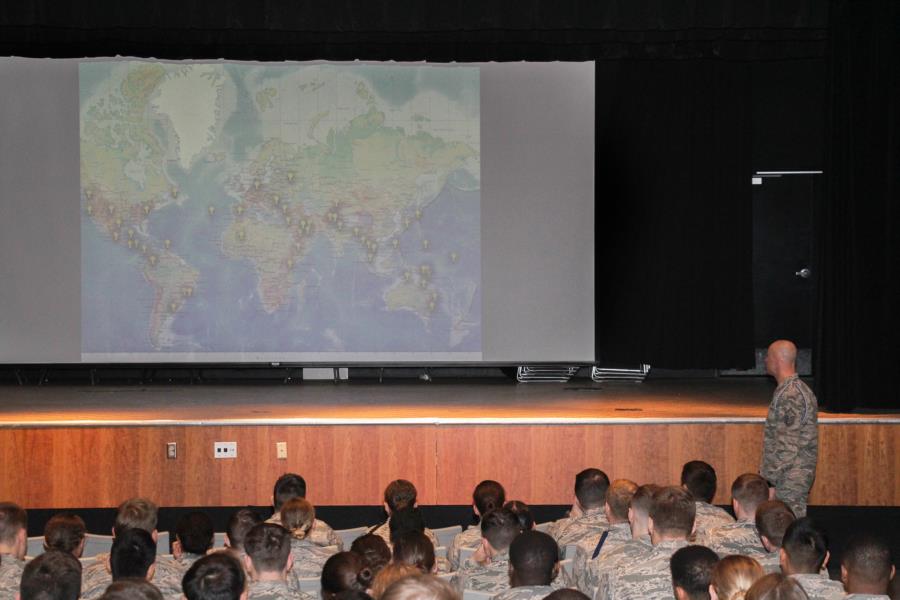 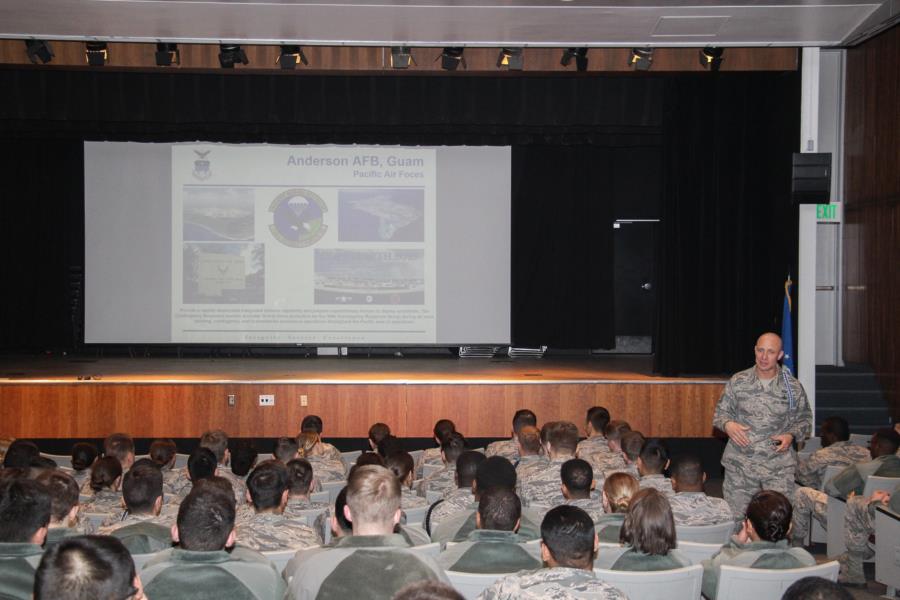 After he talked about his career and where he was headed to next, he opened up the floor for questions. In answering one of them, he asked assistance from one of the C/C's to demonstrate. To find out what was demonstrated and why, you'll have to ask your C/C's! 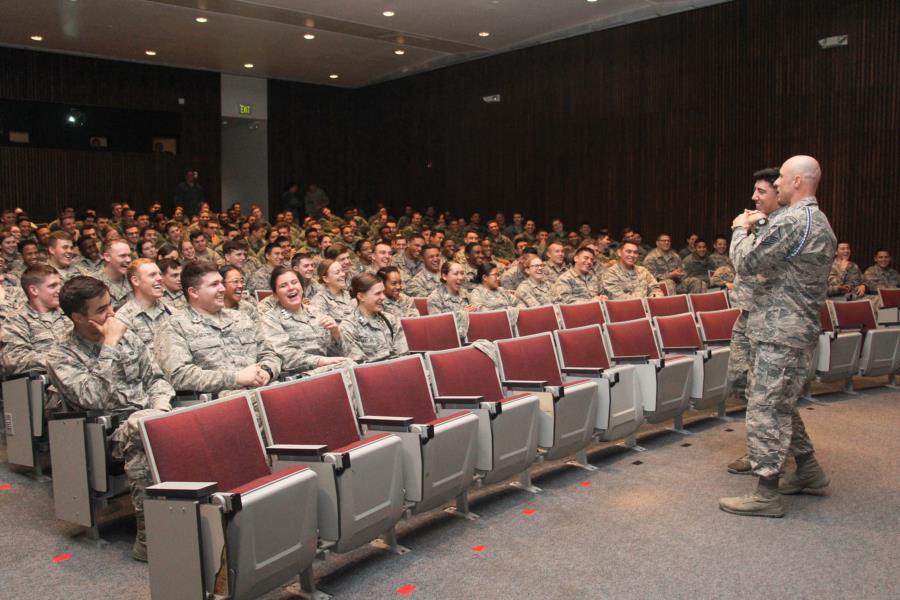 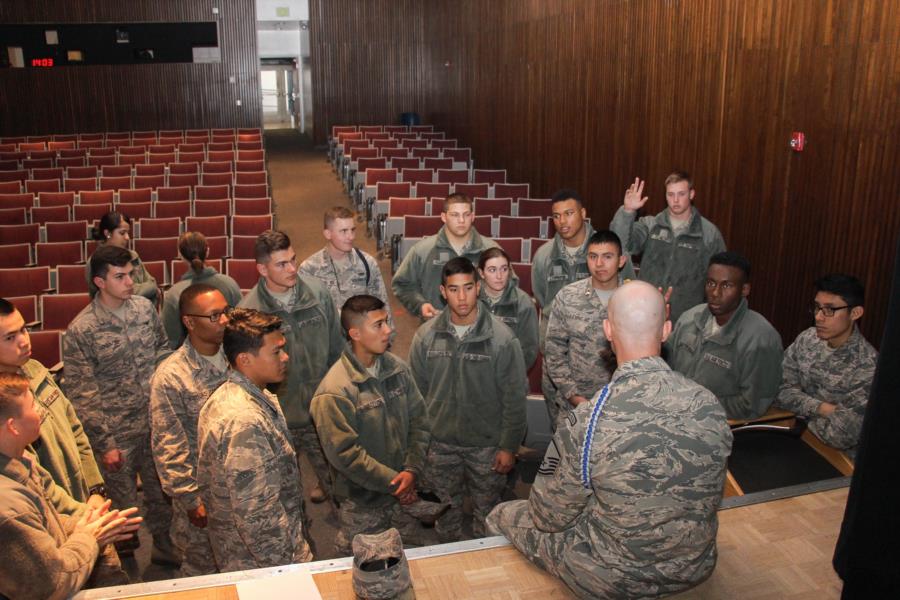 To view the rest of our glimpse into the Life In The Military Segment go to; Classes - Prep School - Prep Life. Or click the link below.

MSgt Roberts Life In The Military