We are happy to report that both the weather and photo content gods were smiling on us today.  To be honest, after looking at the schedule, I really thought I was going to have to report another day without photos.  Thankfully that was not the case.  Theresa, our incredible lead Prep School WebGuy photographer once again got up at zero dark thirty to catch morning PT for the preppies not in a recruited sport.  That will explain why some of you may not see your preppie today.  Those were doing their PT in a different location this morning.  Don't worry though, we are going to catch everyone we missed today when we focus on those preppies specifically.

While the photos are going up, rather than tell you that they were running, jumping, doing push-ups, etc, which you can see for yourselves, I thought I would talk about pinnys. Please refer to the photo below. 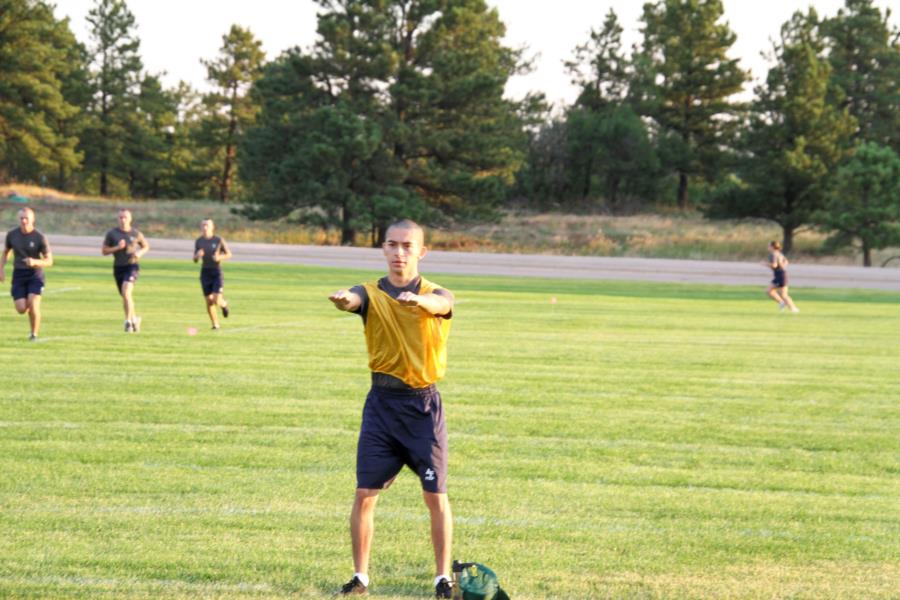 These vests are called "Pinnys"  Also commonly known as bibs or vests, a pinny refers to the colorful practice shirts that players wear when a drill or activity calls for the players to be broken up into teams. The word pinny comes from pinafore which is:

At the prep school pinnys are used to help the cadre identify a basic who has an exercise limitation.  They come in four colors.  Blue, Green, Yellow, & Red.  The colors are actually pretty intuitive.  Blue (like the sky) = nothing above the waist.  Green (like the grass) = nothing below the waist.  Yellow (Caution) = may exercise at own pace.  Red (Stop) = No exercise.  The vest doesn't necessary mean an injury, just a reminder to the cadre to ask the basic about it.  So, there you go.

Ok.  That's it for today.  All the photos are up in the BMT gallery.  I don't want to hold you up from your search.  Be sure to sort newest to oldest to get today's first.  Oh, a couple more photos.  With all the wearing of masks, we haven't seen may smiles.  Thought I would end today with a couple of my favorites. 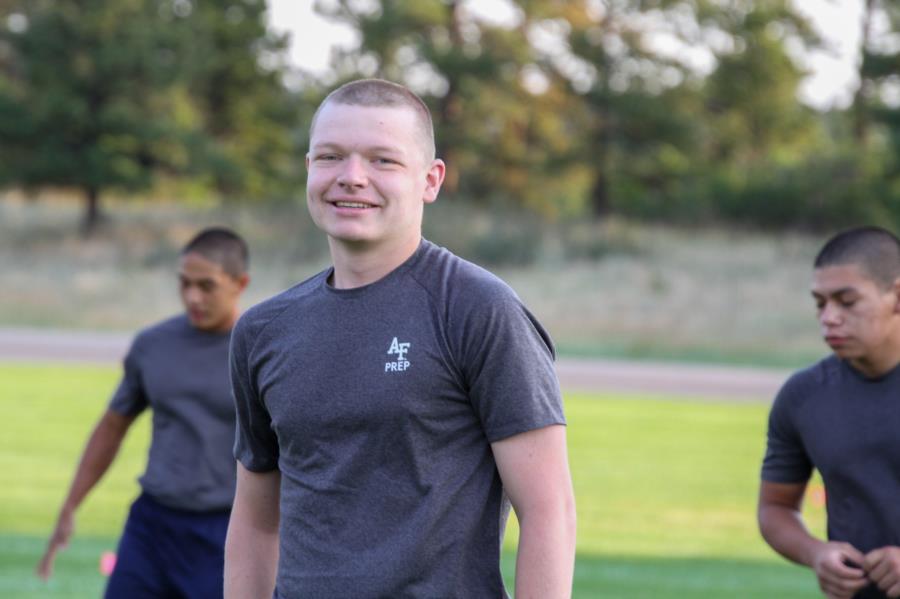 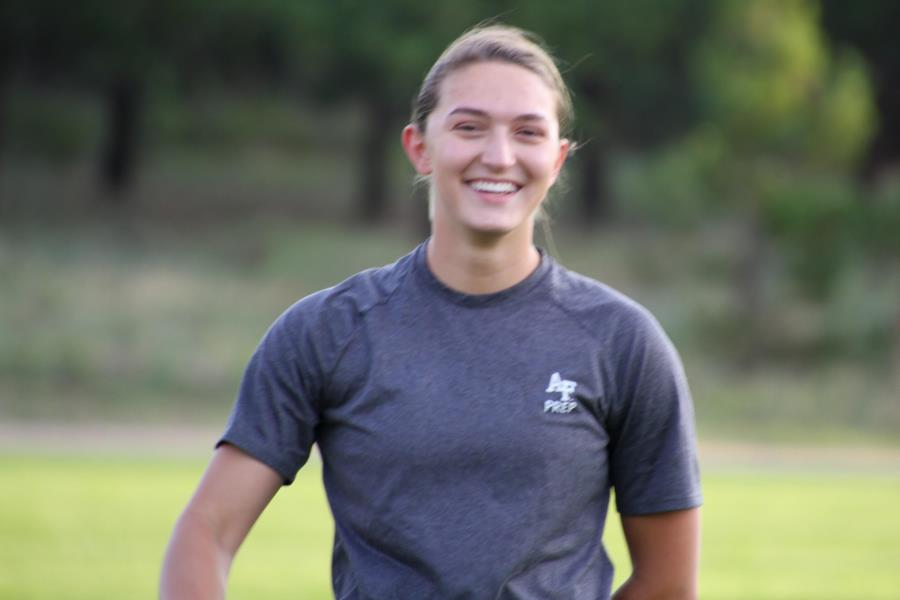 Back with more tomorrow!