The PFT has 5 stations and the Preppies were scored at each location with roughly 2 - 2 and a half minutes to complete each station - ask your Preppie how he or she did!

The Preppies were split into groups and could not go to the next station without everyone finished at the current one. Overall it is a 15-minute exam consisting of five stations: pull-ups, standing long jump, sit-ups, push-ups and 600-yard run. 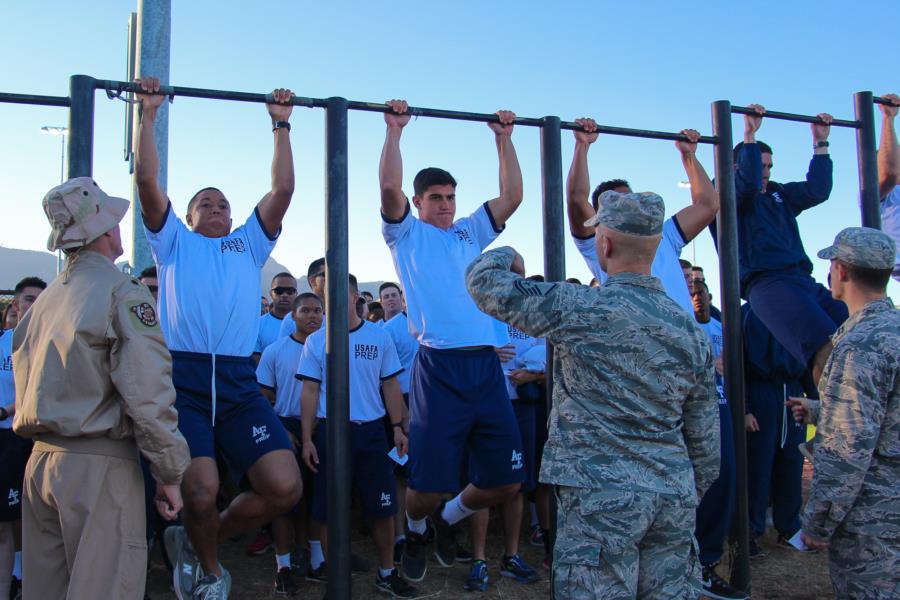 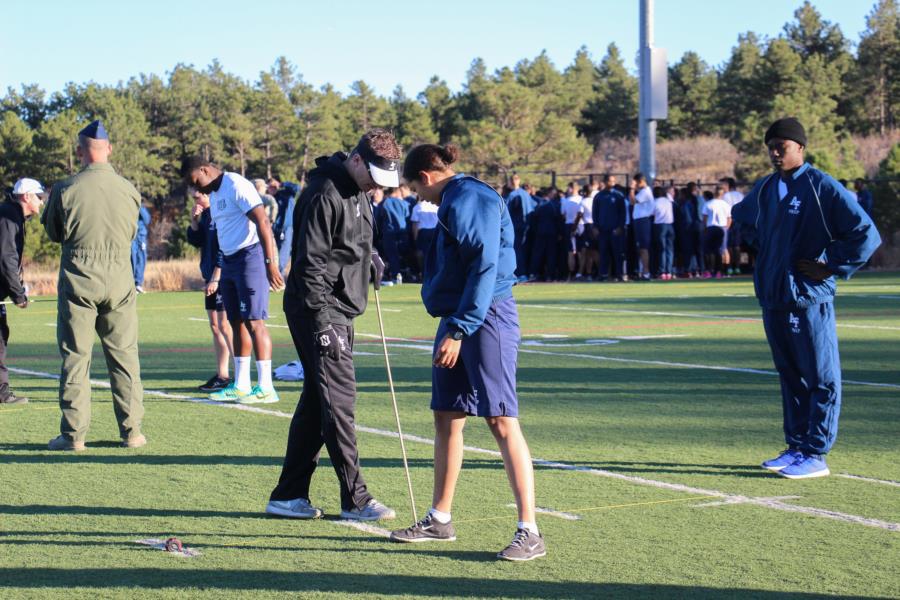 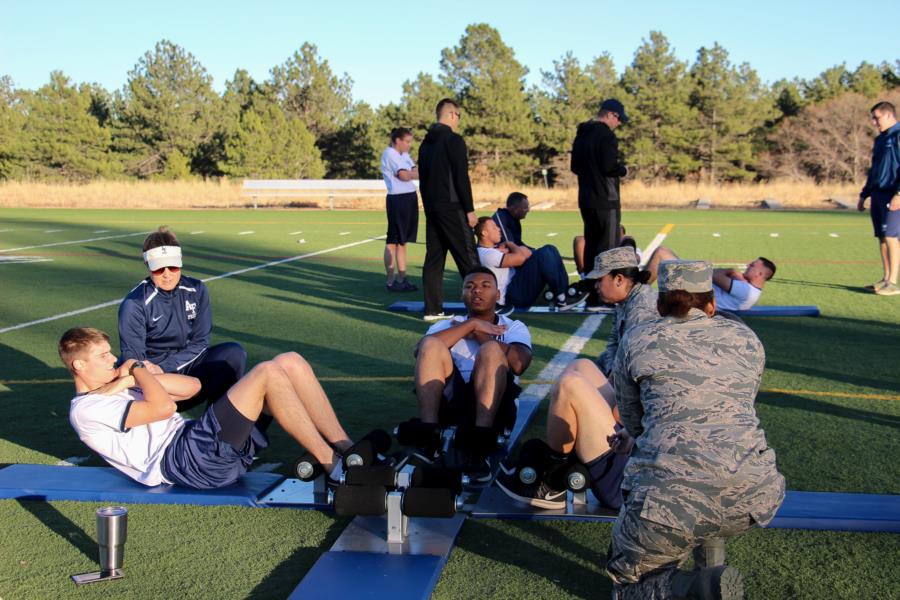 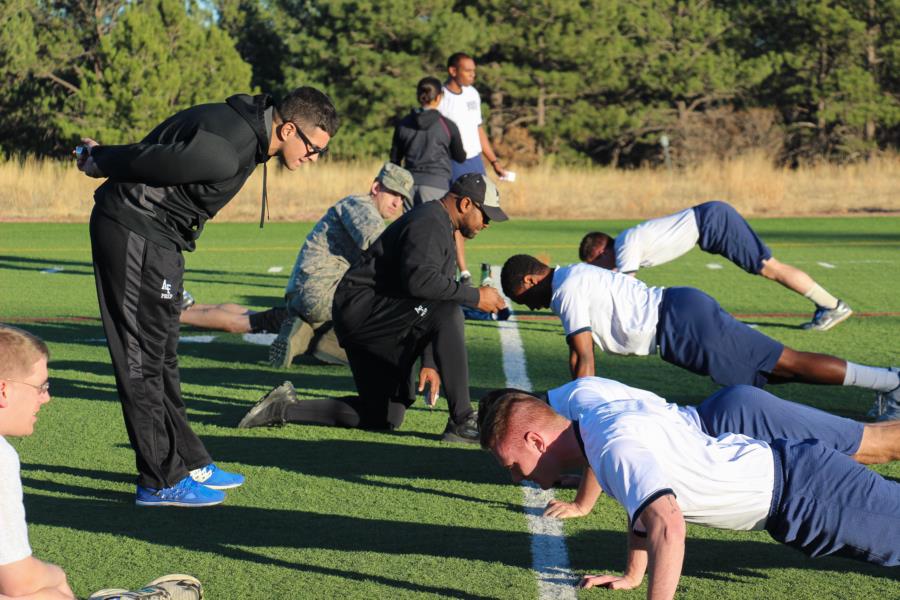