The Preppies were finally able to announce who they chose as their 2016 Exemplar for this year.

The Prep School chose Capt. David Lyon as their 2016 Class Exemplar and presented a plaque to his wife Capt. Dana Lyon. 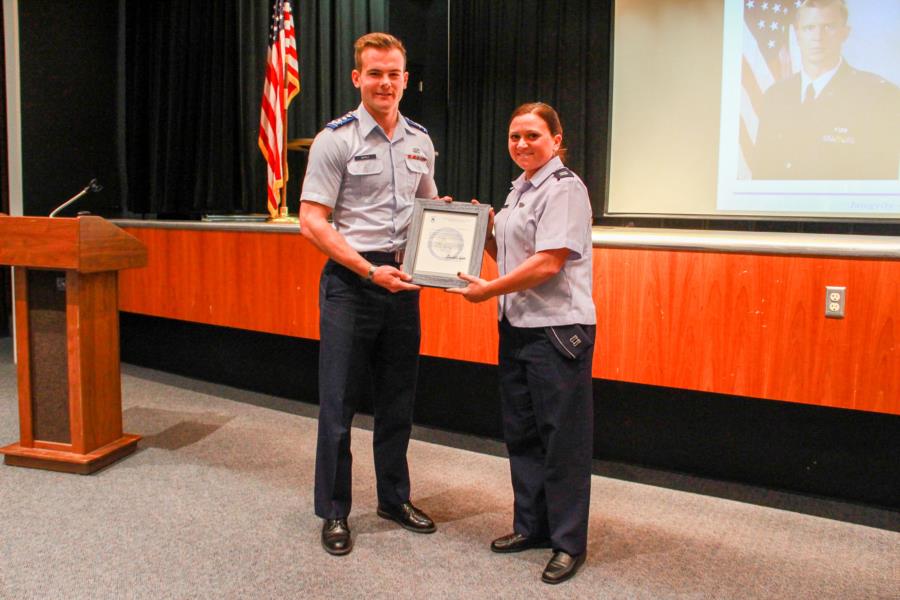 They chose Capt. David Lyon for his character and leadership on and off the track as seen by recruits (C/C Gustely), fellow cadets, and teammates alike. He was the team captain during 2007-2008 season.

His spirit of competition and dedication to track and field: He was the recipient of the track and field program's Laura Piper Ironman Award (named after a 1992 Academy graduate and former Air Force thrower who was killed in action) and a three-year letter winner for the Falcons' track and field team.

The Air Force track and field head coach Ralph Lindeman said that Capt. David Lyon was; "A fearless and intense competitor, Dave was one of the nicest young men I can ever remember coaching in my 24-plus years at USAFA. He cared deeply about his team and his teammates. Dave was entirely selfless ... always willing to share his time, energy, experience and expertise with his teammates. For that very reason, he was one of the most outstanding team captains we've ever had here during my tenure. Dave was the epitome of a 'warrior and winner'."

Dedications: Lyon was named to the National Strength and Conditioning Association (NSCA) All-American team, which recognized his excellence in strength training.

Service Before Self: He was a member of the 21st Logistics Readiness Squadron at Peterson Air Force Base, killed when an improvised explosive device was detonated near his convoy while working with Afghan National Army Commandos.

Chief of Staff Gen. Mark A. Welsh III: “…true American patriot who paid the ultimate sacrifice in the service of his country.”

Wife: "Dave's favorite thing about being in the Air Force was feeling like he was in the fight and making a difference in the world." 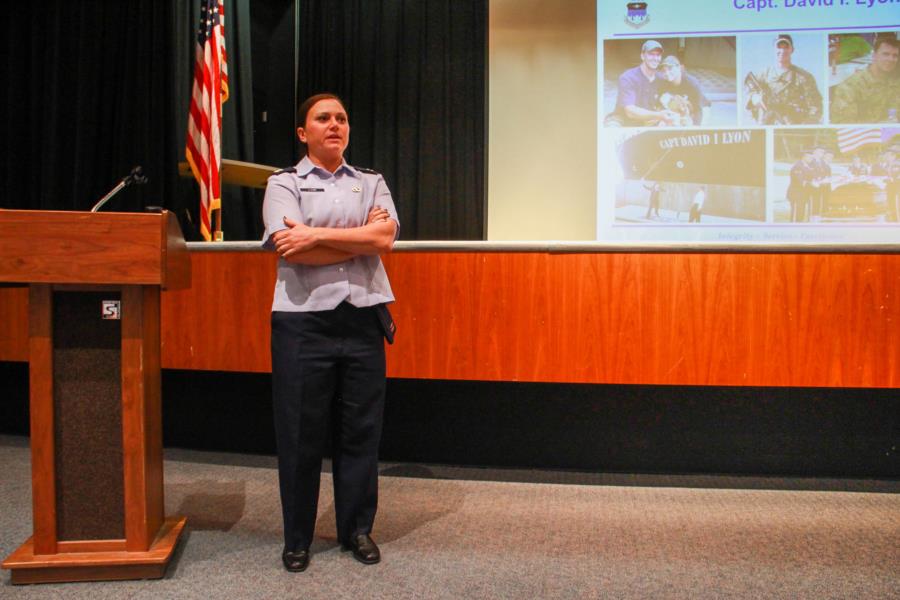 To view the rest of the pictures taken from this event go to Classes - Prep School - Prep Life.