So today was a busier photo day for us at the prep school.  The weather offered us some challenges, but nothing we couldn't handle.  Can you believe it?  Next week is the final week of BMT.  There is still lots ahead between now and next Saturday, however.

Today we were hopefully able to catch each of your basics doing something.  This morning was the first parade practice.  Military drill and parades are an important part of training.  United States military drill originated in 1778, as part of a training program implemented by Baron Friedrich von Steuben to improve the discipline and organisation of soldiers serving in the Continental Army. The following year Baron von Steuben, by then a Major General and the Inspector General of the Continental Army, wrote the Army's first field manual, "The Regulations for the Order and Discipline of the Troops of the United States", which has come to be more commonly known as the "Blue Book". The methods of drill that von Steuben initiated remained largely unchanged between their inception and the time of the American Civil War. One major change to come about since that time is that troops now march at a cadence of 120 steps per minute, instead of the original 76 steps per minute at the time of the American Revolution.

The stated aim of drill is to "enable a commander or noncommissioned officer to move his unit from one place to another in an orderly manner; to aid in disciplinary training by instilling habits of precision and response to the leader’s orders; and to provide for the development of all soldiers in the practice of commanding troops."

Between branches of the military, as well as between the military forces of various countries, the methods of drill will vary. In the United States Armed Forces, the basis of drill procedures can be traced to von Steuben's "Blue Book".

Although they have been practicing their drill with their individual flights, today was the first day they marched together as complete squadrons.  It was a little rough as the video below shows, but by the time you see them all march together on Parents Weekend, you will be quite impressed.  By the way, please forgive the shakiness of the video, I was hand holding the camera.

We came back after lunch for more action, because the SAMI was on the schedule.  What is a SAMI?  It is an acronym for Saturday A.M. Inspection.  Of course although today is Saturday, the inspection was in the afternoon.  All room inspections at USAFA are called SAMIs regardless of the day or the time they are held.  Don't ask me why.   Turns out that Charlie Squadron did theirs yesterday, so we missed it, but they were doing Knowlege tests and also some of those basics were doing various tasks in their rooms.  The other squadrons were busy in their rooms as well.  They were either being inspected or getting their rooms ready.  Here are some photos of those activities. 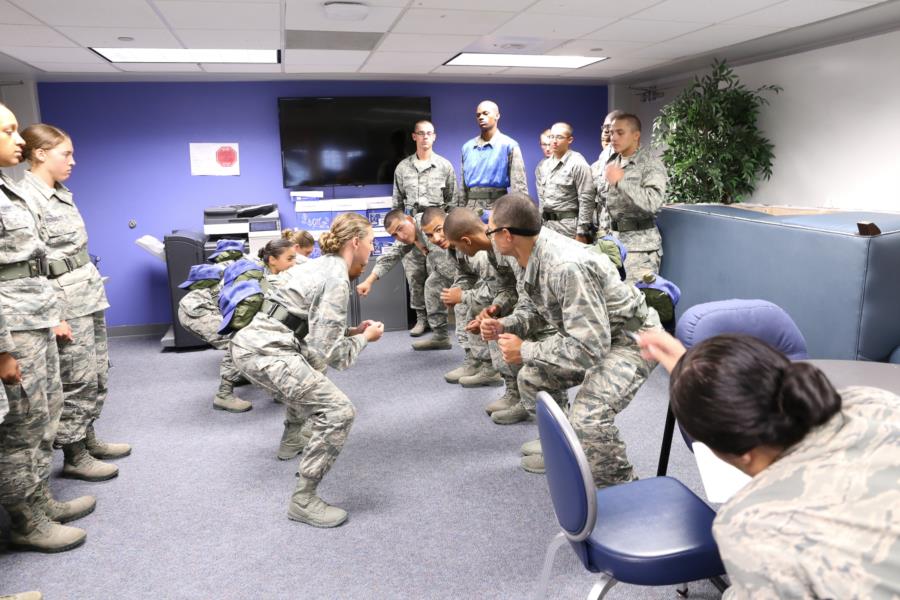 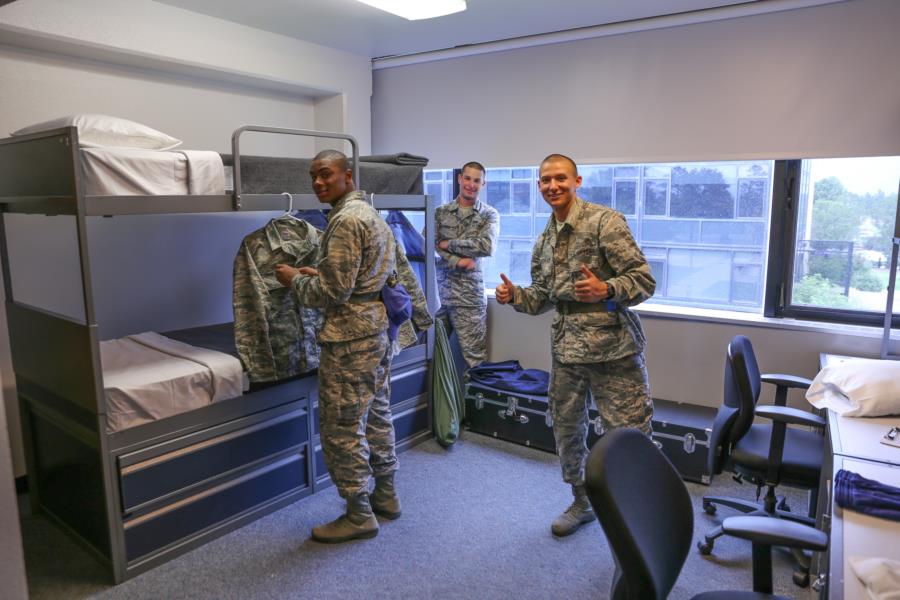 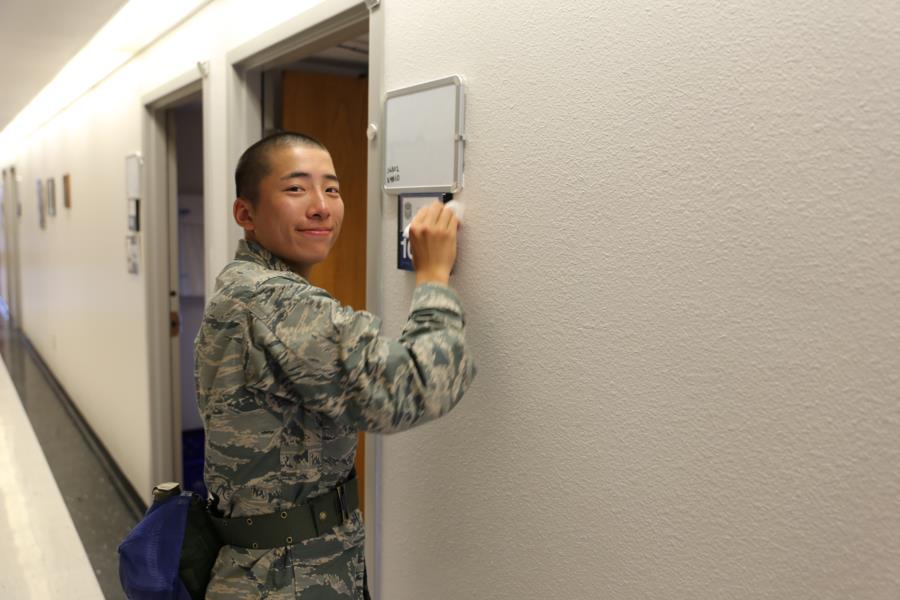 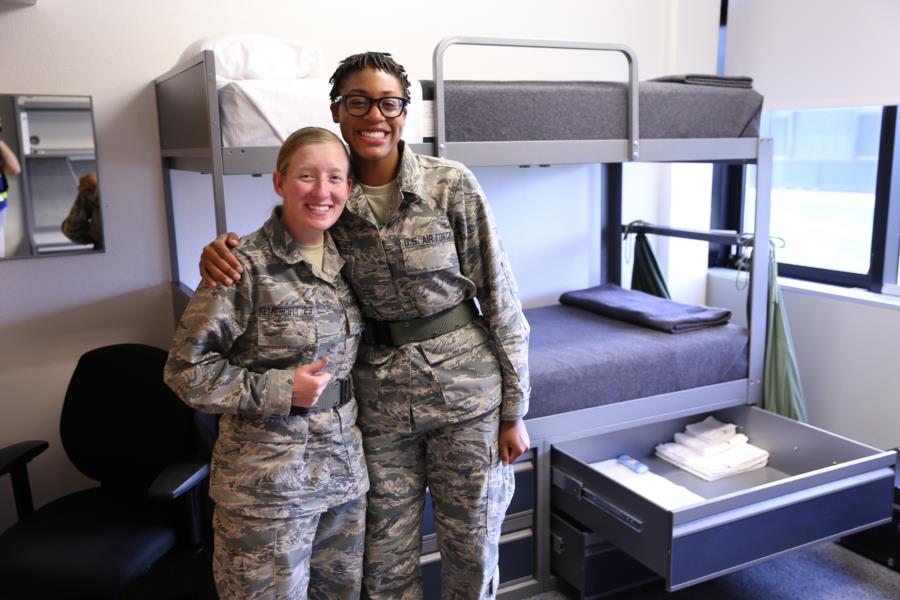 Lastly, our coverage day ended the same way every military day ends.  With a retreat ceremony. 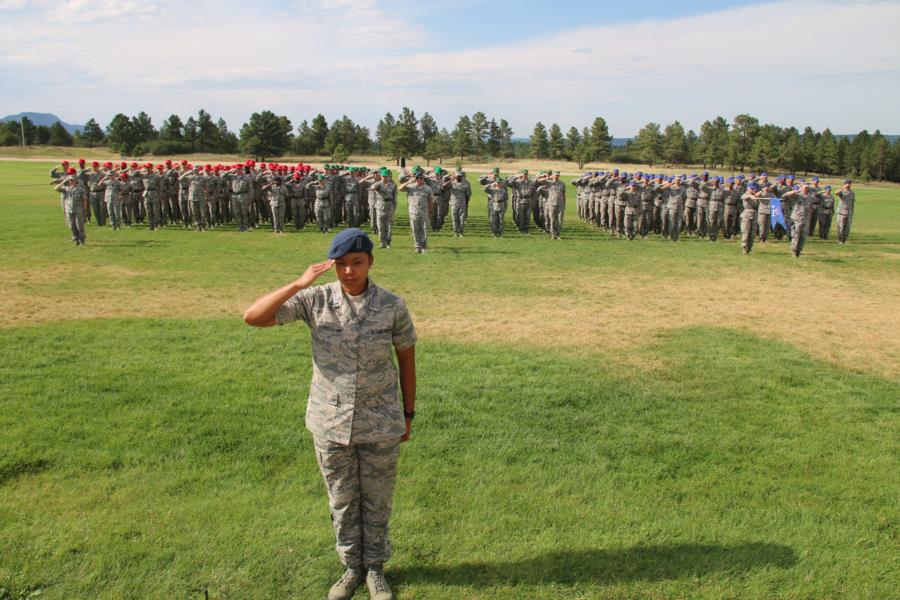 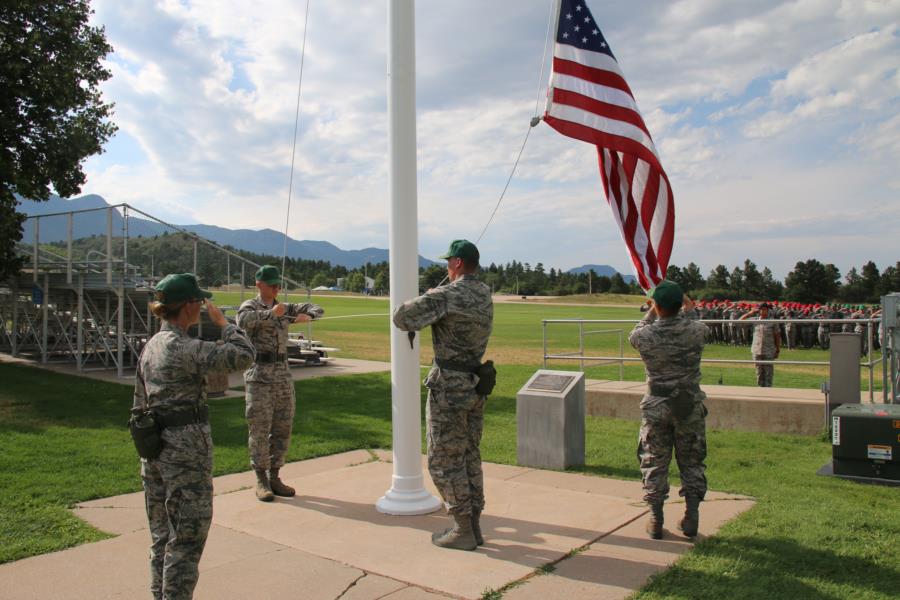 All the photos are up in the BMT gallery.  Since tomorrow is Sunday, it will be a relatively light photo day, but we will have some photo and video coverage for you to see.  Until then, have a great evening.