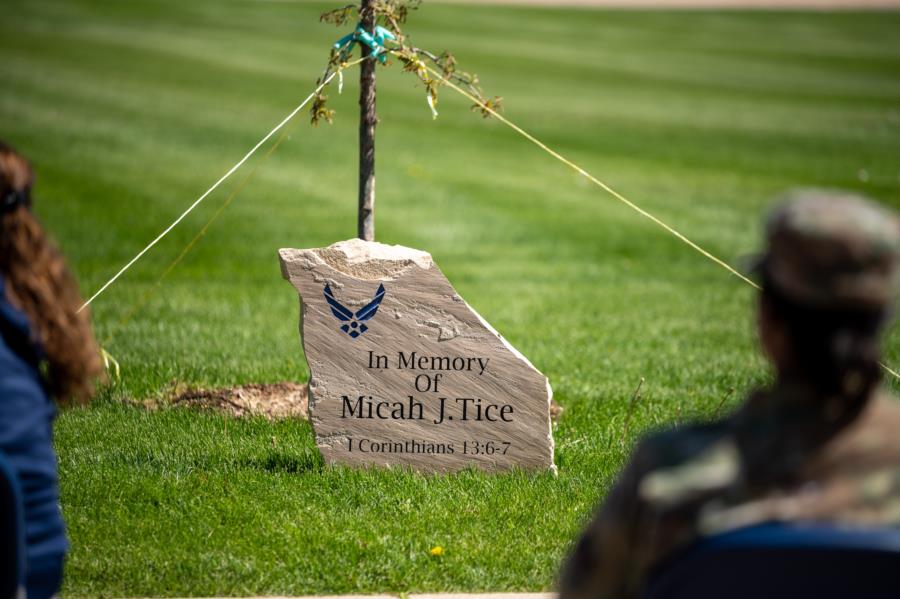 Today a stone memorial plaque along with an oak tree were established at the south edge of the Prep School's Black Field to pay tribute to Micah Tice.  In July of 2018 Micah accepted an appointment to the Prep school where he was assigned to Bravo Squadron.  He excelled militarily, physically, academically and spent his free time helping others around him as well as volunteering in the community. 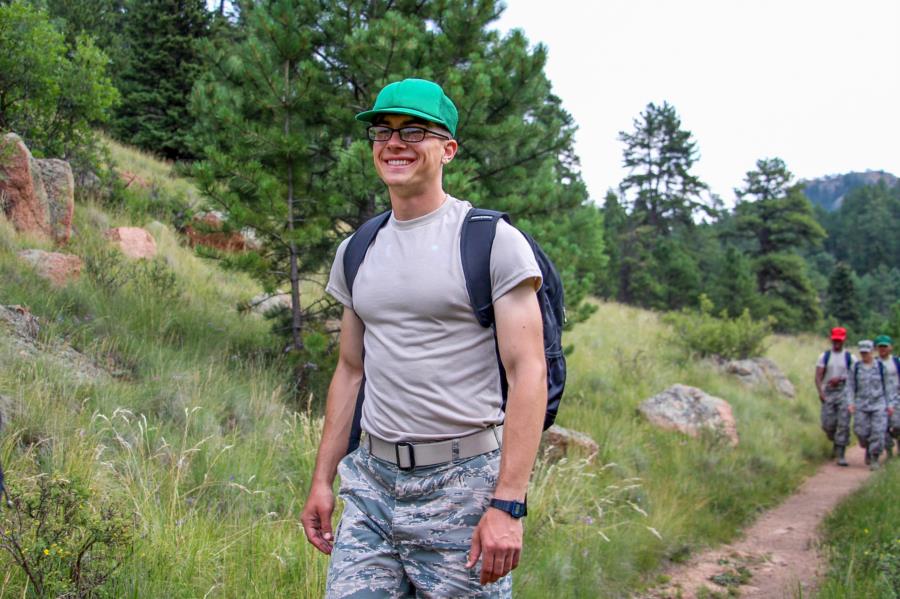 In November 2018, Micah went hiking in Rocky Mountain National Park. The day he was hiking, extreme weather and blizzard conditions were reported. Tragically, Micah never made it back and his remains were later discovered. 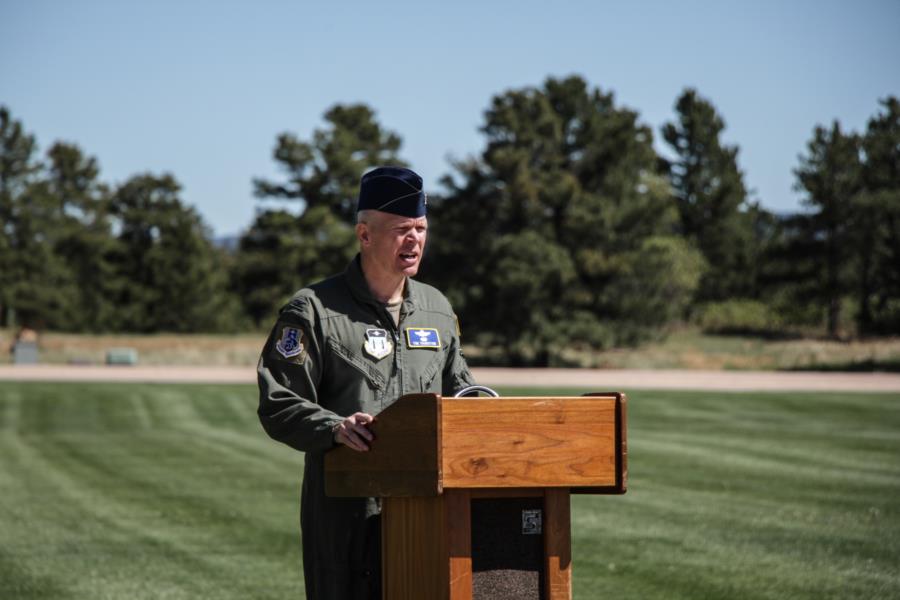 During the unveiling ceremony, Col Thurston, Prep School Commander, shared with the audience what an amazing man Micah was and the legacy he leaves behind. He spoke about how Micah would stay up late helping his classmates with schoolwork even if it meant losing sleep and any free time he had, he spent volunteering with Habitat for Humanity. Col Thurston also shared Micah’s love for the outdoors and his dream of climbing Colorado’s 14ers. CC Micah Tice passed away doing what he loved the most. 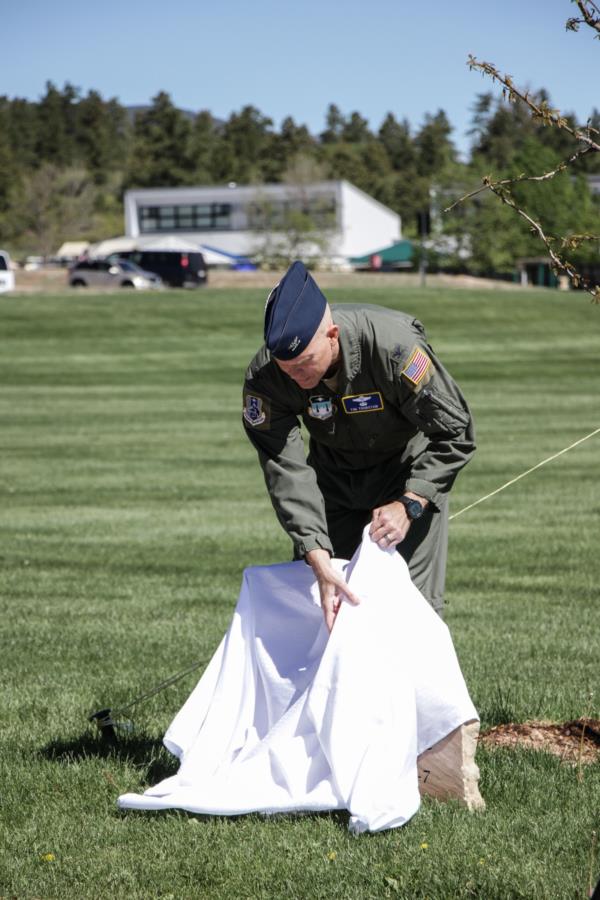 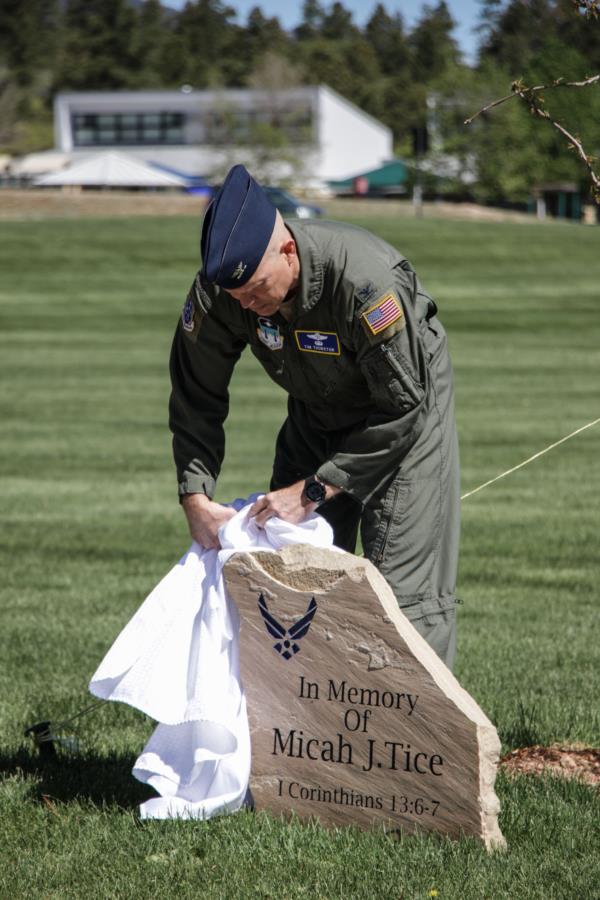 As the ceremony ended, we stuck around to capture a couple more photos. It was during that time, the USAFA Chaplin came over and asked if we knew Micah. The answer is yes but for only a day. Ironically, Thanksgiving day back in 2018, I was photographing the AFA football game. After the game, I rushed home to spend dinner with the family, and there was Micah Tice, an unexpected guest. We spoke that night about his time at the Prep School and his future at the Air Force Academy. It did not take long to see Micah was a young man of character and a truly good person. Even though he is no longer with us, his legacy will live on through the Prep School, this memorial, and all that were honored enough to know Micah.   -Karina R., WebGuy Photographer 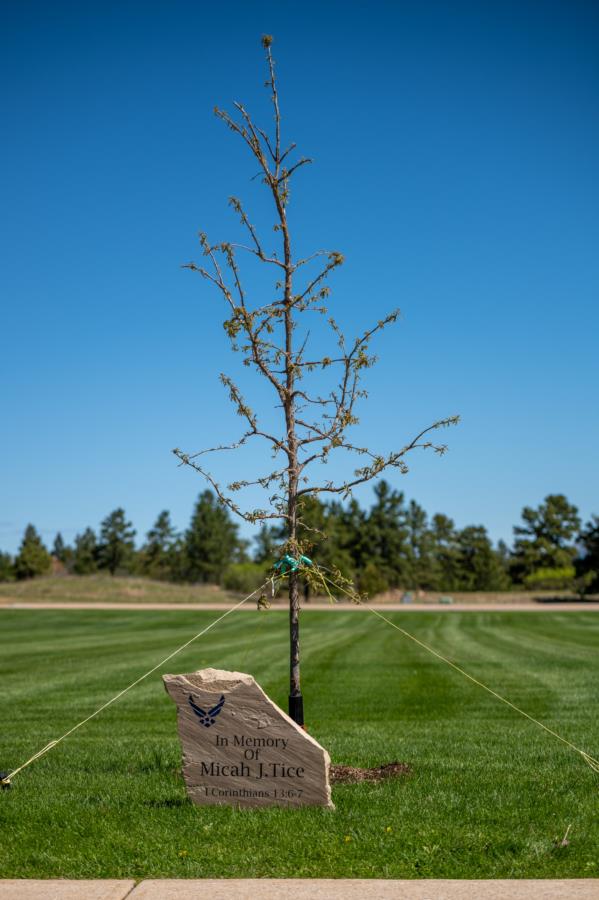 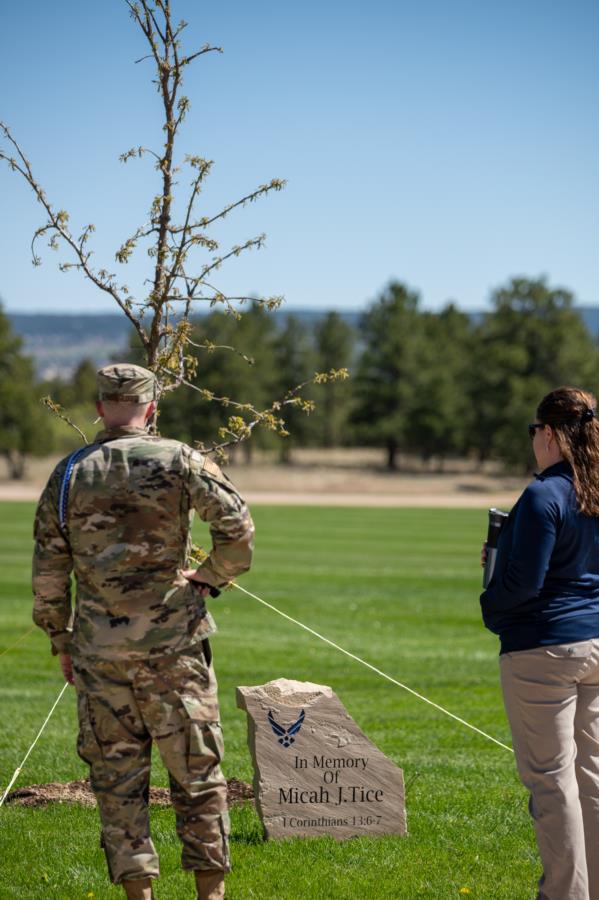