I hope many of you received calls from your Basics last night.  We tried to catch as many of them on the phone as possbile while at the same time trying to respect their privacy.  For you Charlie Squad folks, you will notice that there are fewer photos than of the other two squadrons.  Charlie elected to do their phone calls from their rooms.  Some had closed their doors while others were tucked into corners of their rooms to make their calls.  It made taking a photo difficult.  Here are a few samples.  The rest are now uploaded for your viewing pleasure. 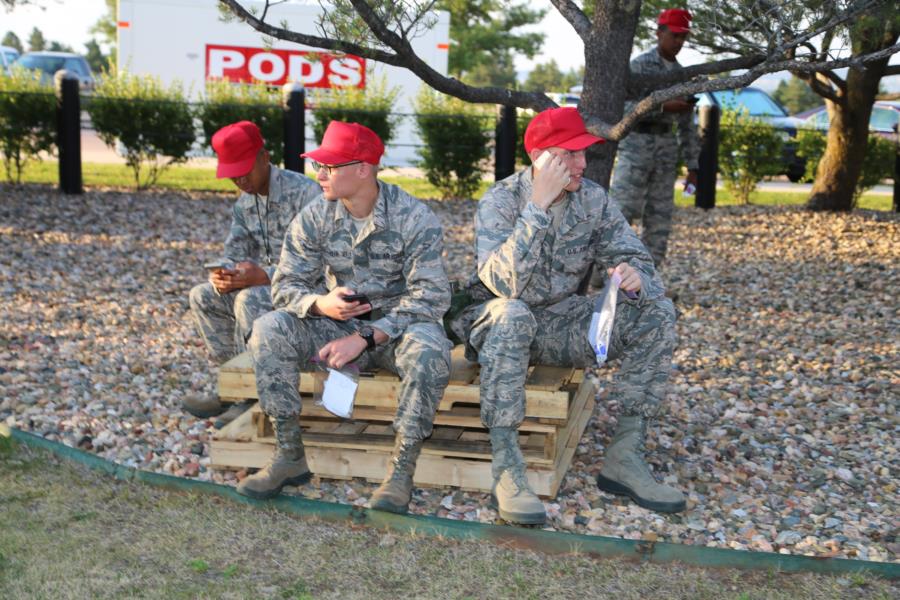 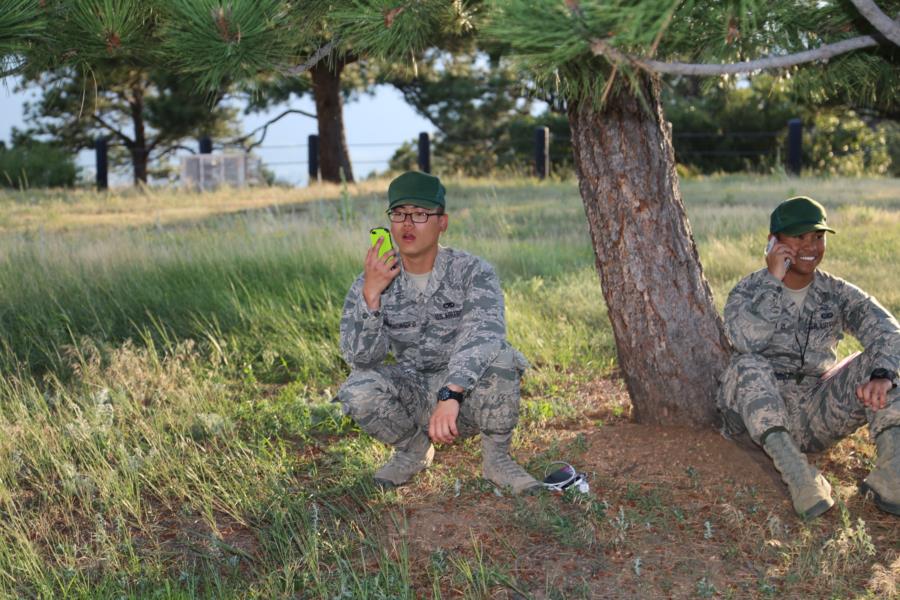 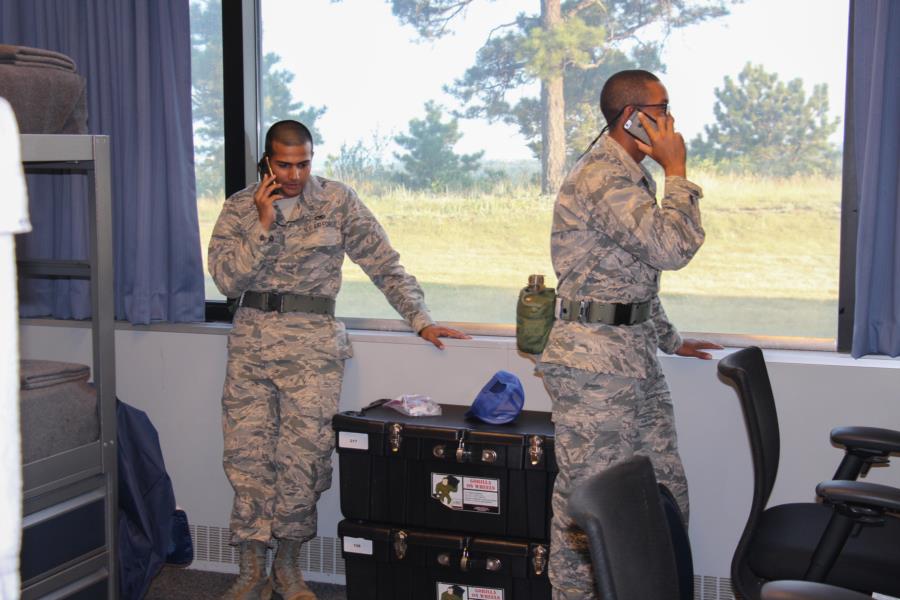 So, today is the third and last day of the hike, dental clinic, security clearances.  The dental clinic photos are already up for Bravo.  The hike isn't back yet, so those photos should be up later this afternoon so check back later for updates.