Preppies Helping Out The Community

These Cadet Candidates helped with various shelter upkeep tasks and in the end were able to accomplish more tasks than originally assigned in an hour less than expected.

The 15 Preppies that assisted in Volunteering were;

They were split into 3 groups.

Group 1: Worked on organizing the upstairs storage unit. They worked to sort all of the towels, blankets and rugs into designated and easily accessible areas. In addition to sorting all of hte linens, they also cleaned the insides of the kennels. 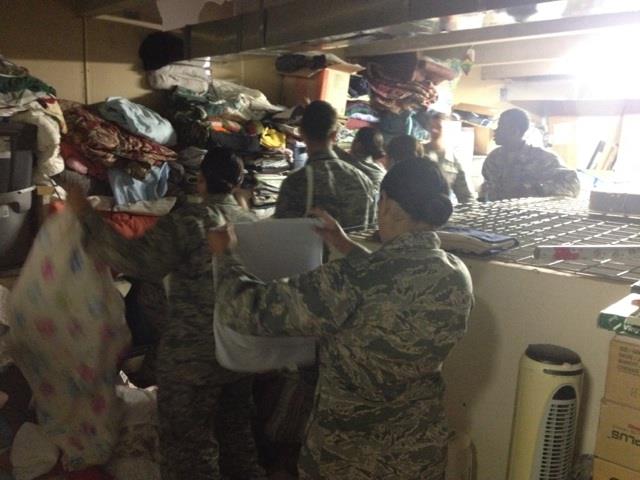 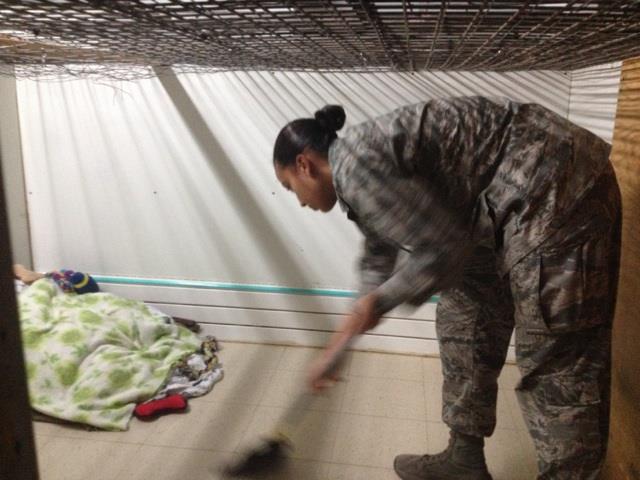 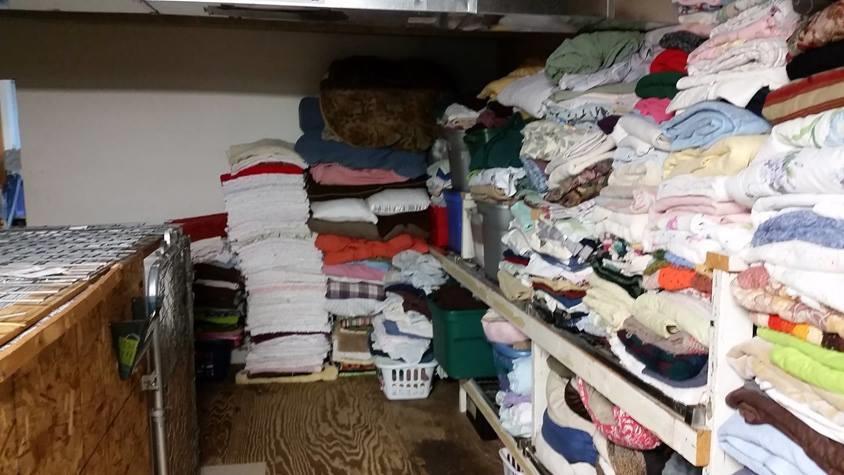 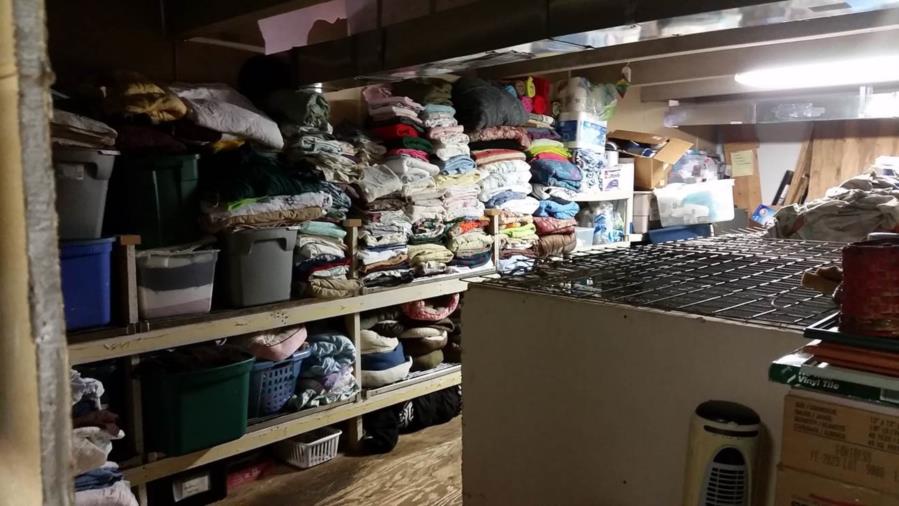 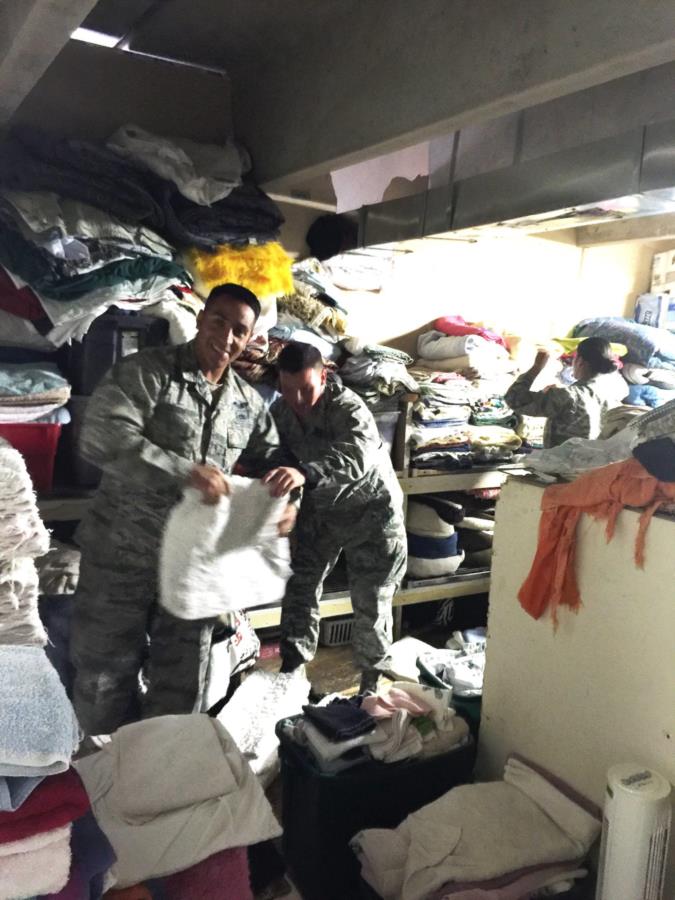 Group 2: Was tasked with establishing a sorting system for a number of mismatched collars. They seperated them by size and found containers to display them in an organized manner. They also were able to clean out the additional kennels that required attention.

Group 3: Assigned to remove all pieces of the foam matting from a large garage bay, then clean the concrete underneath. This included removing chipped paint that posed a health hazard to the dogs. They then sanitized and scrubbed all of the foam matting, dried it and reinstalled it. Accomplishing all of this in two and a half hours. 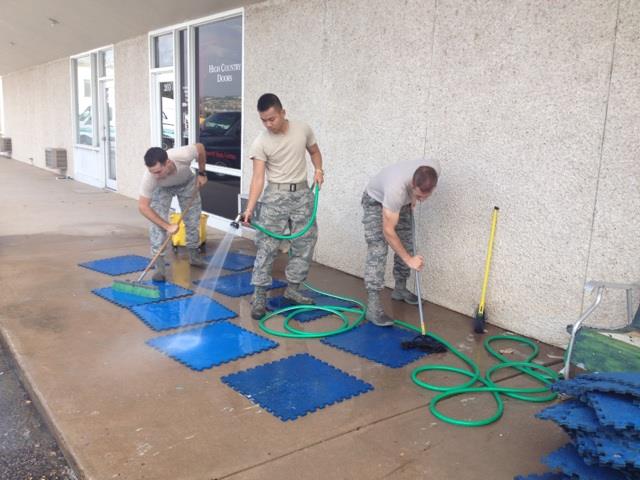 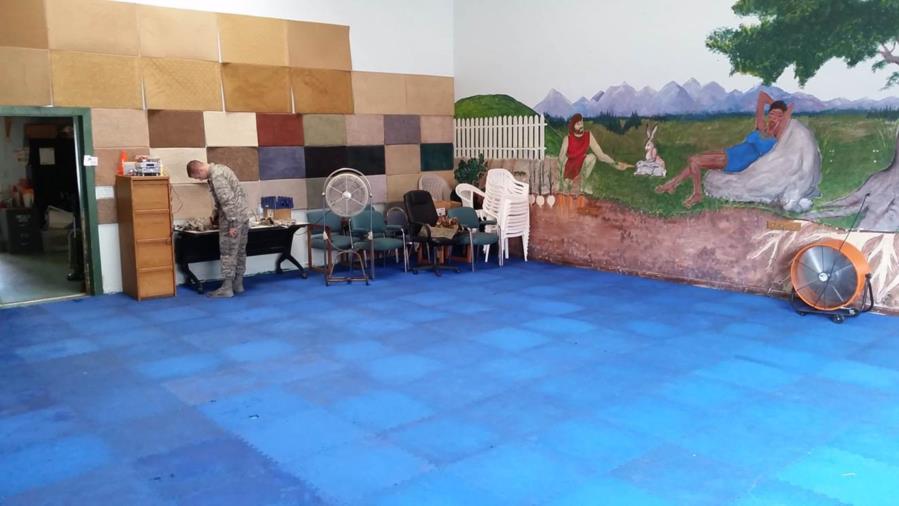 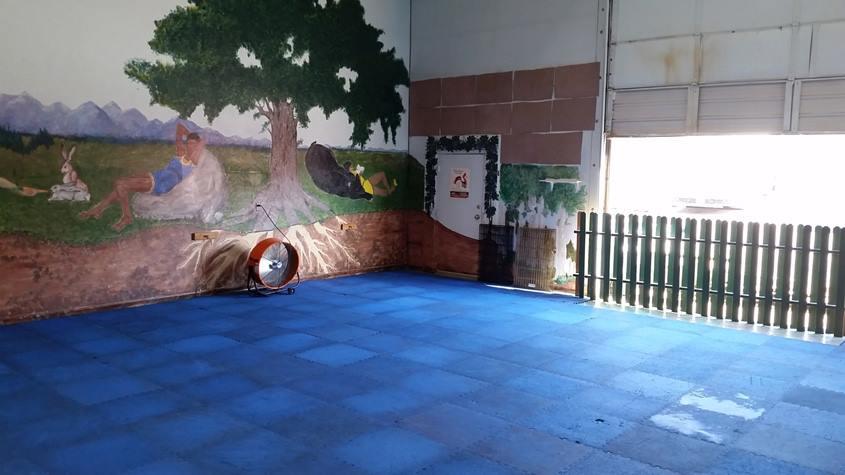 All of the volunteers (who desired to) were also given an opportunity to assist in the obedience training classes held at the shelter. In total they helped staff with two obedience classes.

Groups 1 and 2 finished earlier than Group 3 - So towards the end all 15 of the Preppies grouped together to help finish the garage bay project.

The importance of this Volunteer Project - The "All Breed Rescue and Training" agency is critically understaffed and they only have two paid staff members on shift at a given time. This manning shortage moves their focus to more mission essential tasks and away from some basic shelter upkeep projects. The efforts of the Prep School Volunteers served to take a large burden off of the shoulders of the staff and allowed the shelter to operate in a more sanitary and efficient workspace.

Special Thanks for the Photographs and all of the information provided by Chaplain Bitrus Cobongs and Maj. Jose Surita!

You can find the pictures under Classes - Prep School - Prep Life.