It was another chilly and windy evening yesterday for the second Powderpuff football game.  But that did't stop the ladies from Bravo and Charlie squadrons from competing.

Powderpuff Football games are usually flag football or touch football games between girls and the term originates from powder puff, the soft material used for the application of cosmetic face powder. 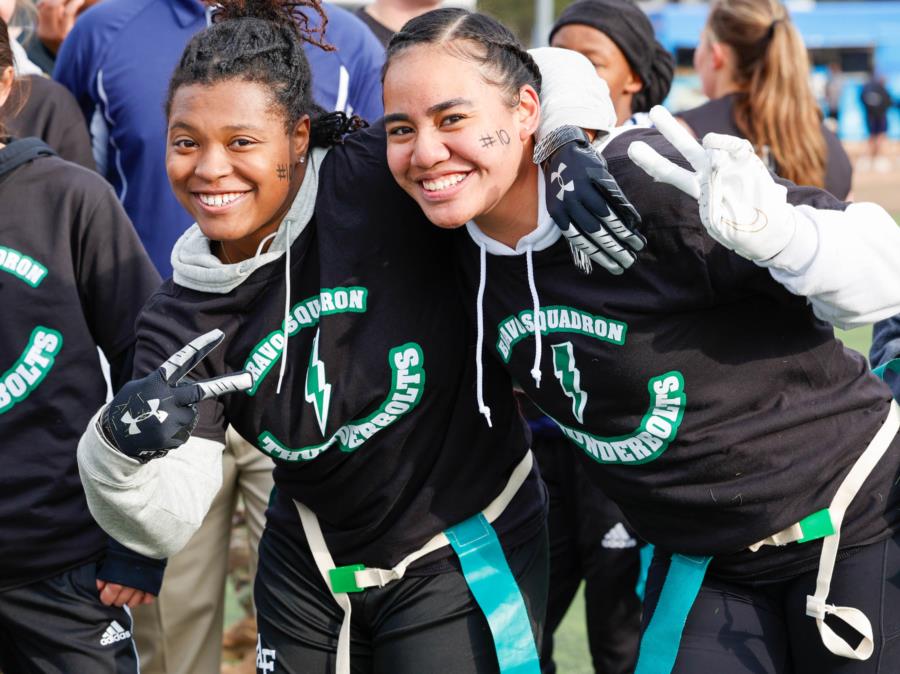 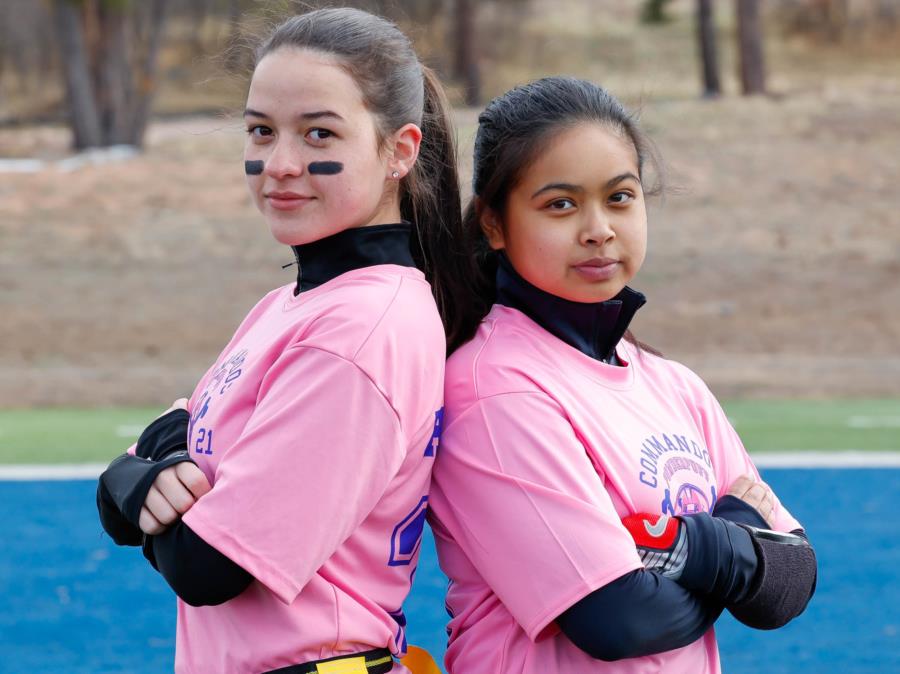 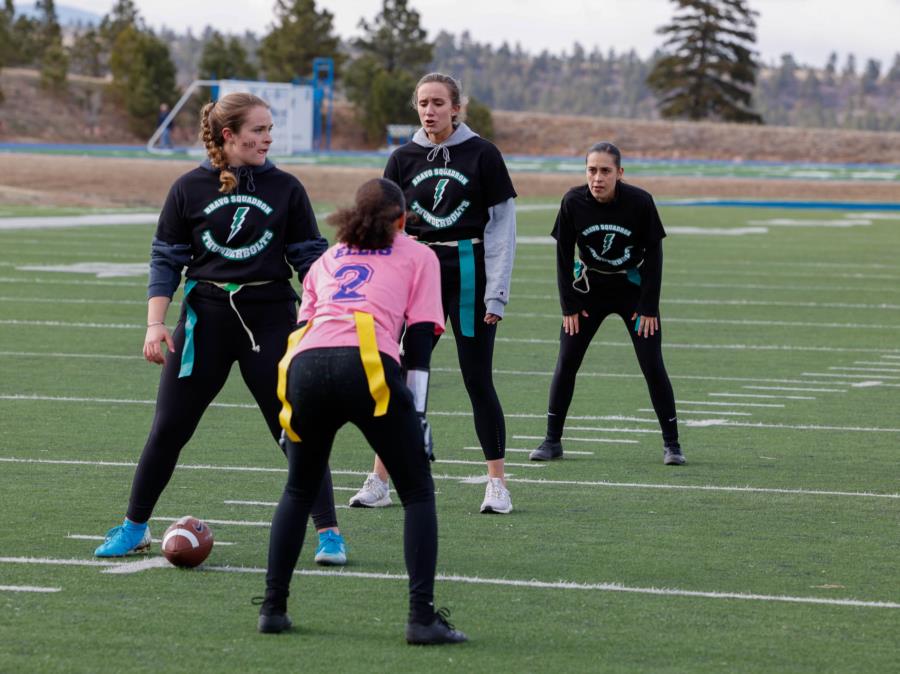 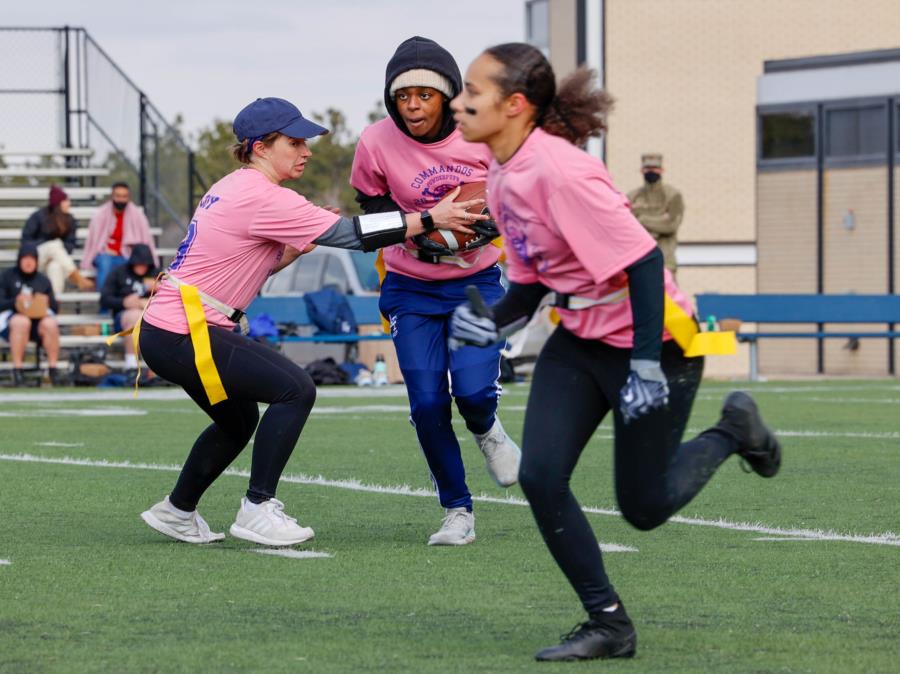 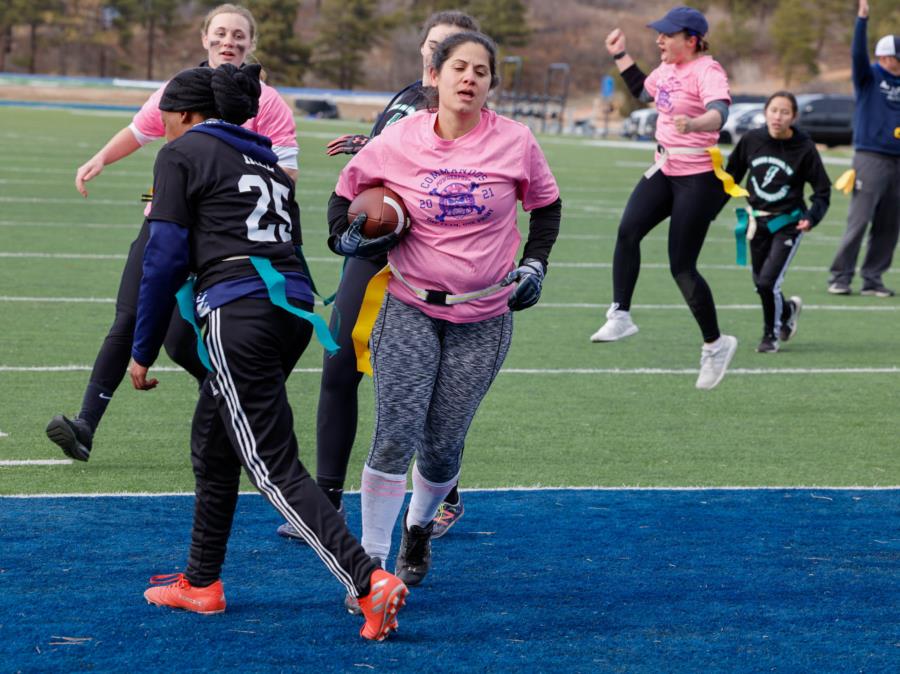 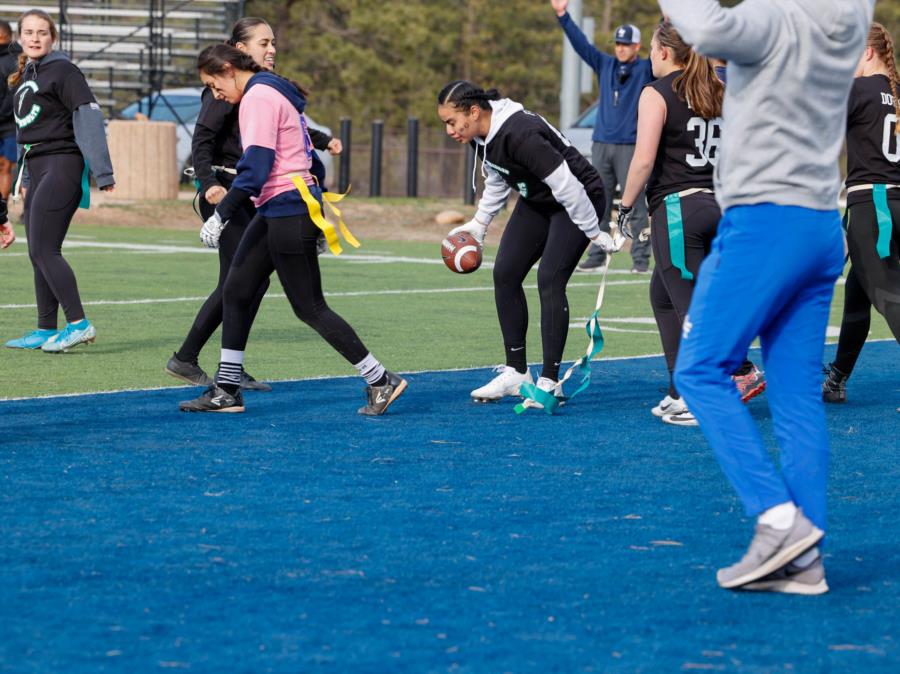 Squad mates from each squadron were there as cheerleaders to cheer their team on and they definitely entertained those that came out to watch the game. And "Luna" was the most adorable mascot! Meet the Greek food truck was there serving their Greek food along with Burgers and fries from the B-52 menu for Preppies and Staff to enjoy. 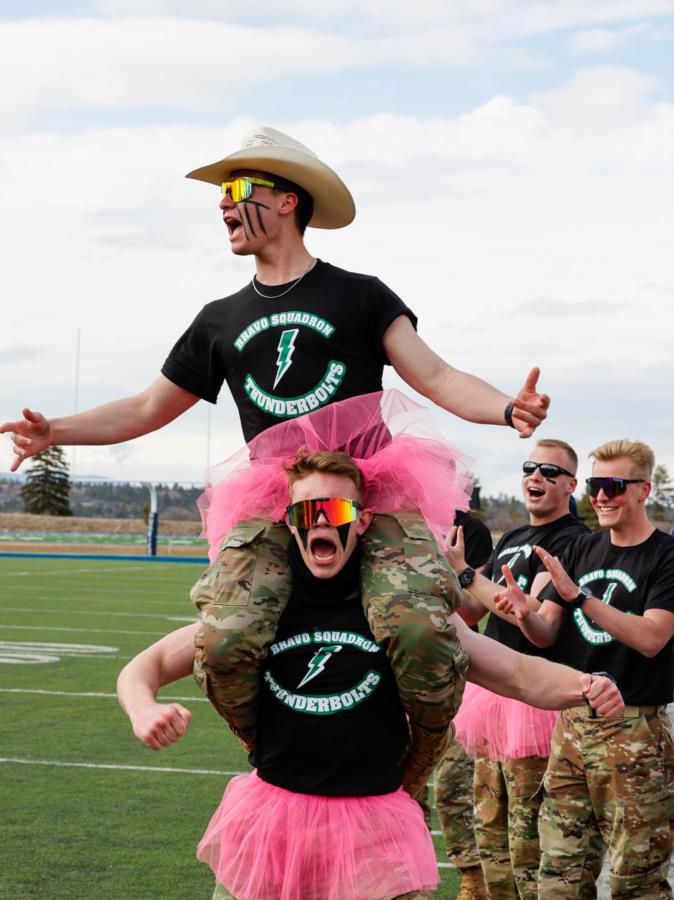 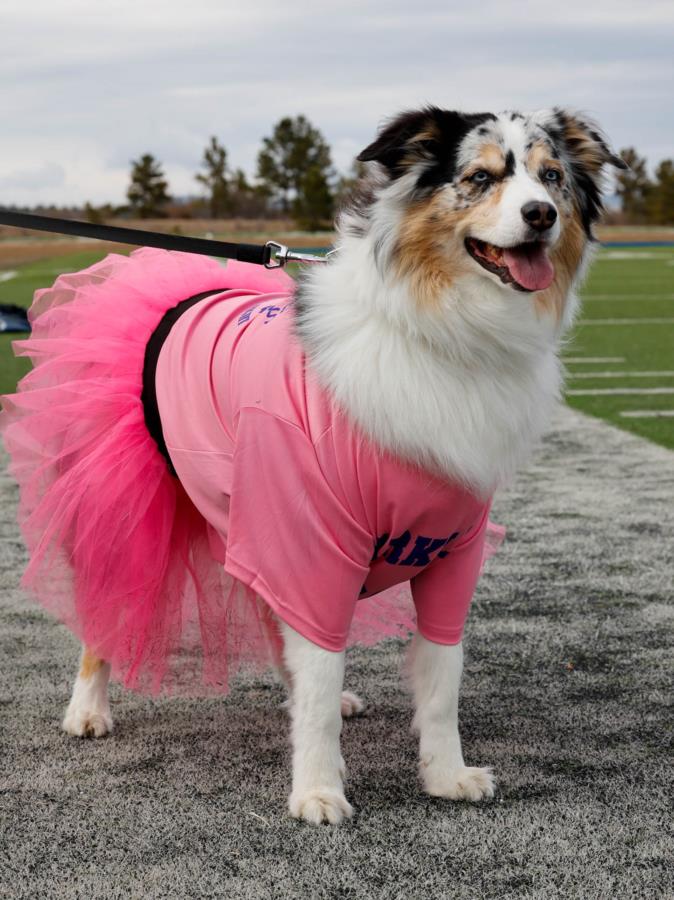 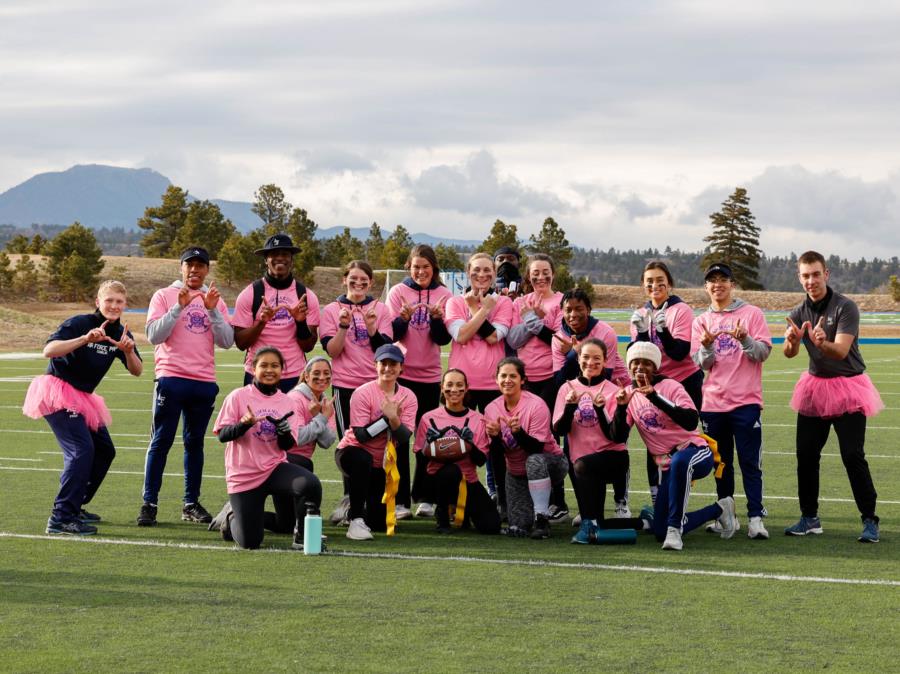 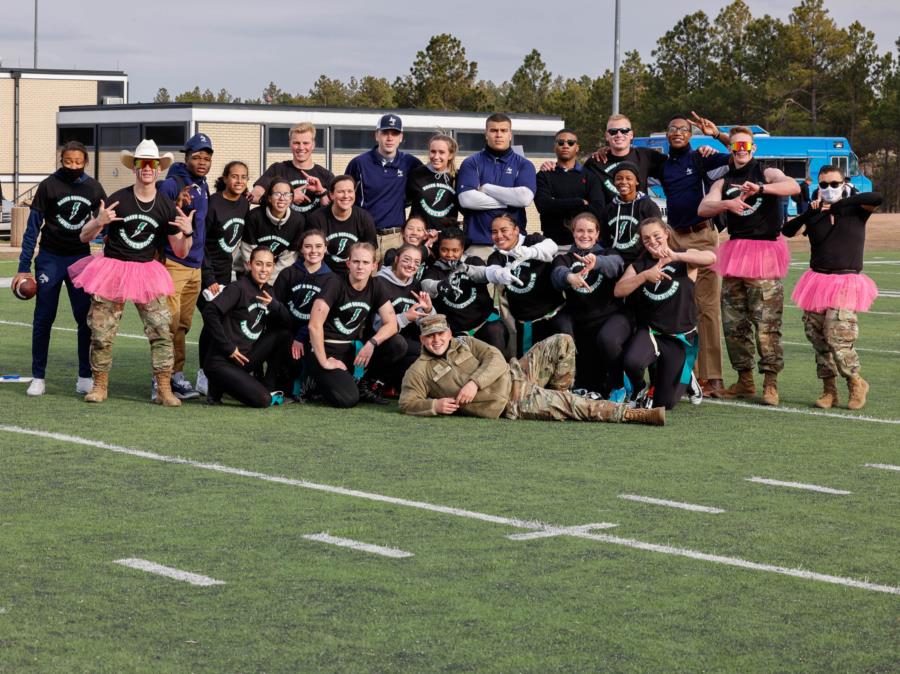 To view photos from yesterday's Powderpuff football game, got Classes > Prep School > Prep Life.  Set your photo order OLDEST to NEWEST.  Select your start page or click on the link below.