Last week a crew from Cannon, AFB in New Mexico arrived in style in the CV-22 Osprey at the Prep School for a visit.

Not only did Preppies have the opportunity to get up close and personal with the Osprey they also got to speak with the crew for an hour and ask about their careers, life and what it is like flying the Osprey.

To read more about the CV-22 Osprey, click here.

Here's some bio on the crew!

Maj Paul Brehm is originally from Madison, WI.  Following high school he attended the Air Force Academy, graduating in 2004 with a degree in Engineering Mechanics.  Following graduation Major Brehm attended Undergraduate Pilot Training at Moody AFB, GA and Columbus AFB, MS.  Since then Major Brehm has accumulated over 2800 hours flying the F-16, U-28, and CV-22.  He has deployed numerous times to Iraq, Afghanistan, and Africa in support of various operations, in both the U-28 and CV-22.  Maj Brehm is currently an Assistant Director of Operations and a Mission Pilot in the CV-22 at the 20th Special Operations Squadron, Cannon AFB, NM.

Maj Daniel Denney is originally from Offutt AFB, NE.  Following high school he attended Samford University in Birmingham, AL graduating in 2005 with a degree in International Relations.  Following graduation Major Denney attended Undergraduate Pilot Training at Columbus AFB, MS and Ft. Rucker AIN, AL.  Since then Major Denney has accumulated over 2400 hours flying the UH-1, TH-1, and CV-22.  He has deployed to Iraq, Afghanistan, and Africa in support of various operations, in the CV-22.  Maj Denney is currently an Assistant Director of Operations and an Evaluator Pilot in the CV-22 at the 20th Special Operations Squadron, Cannon AFB, NM. 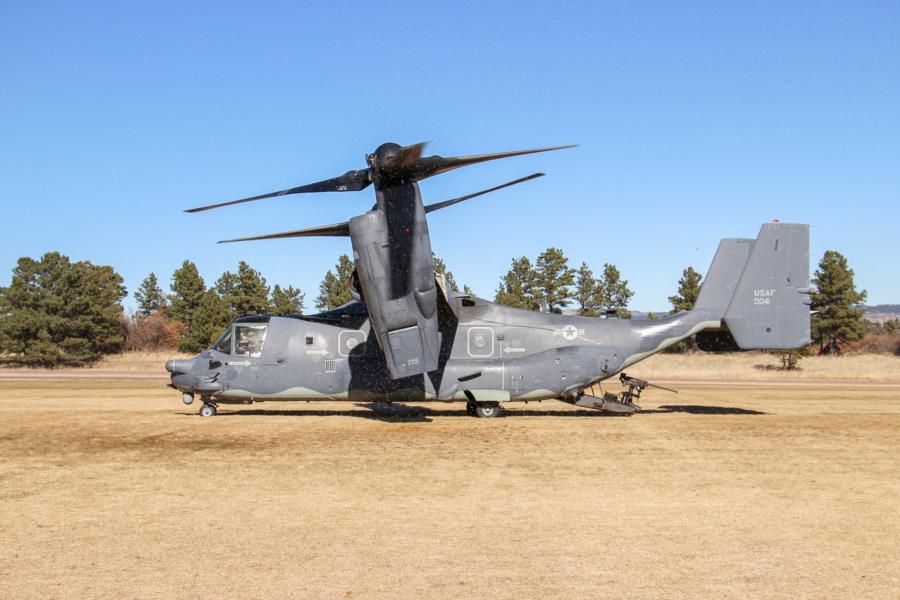 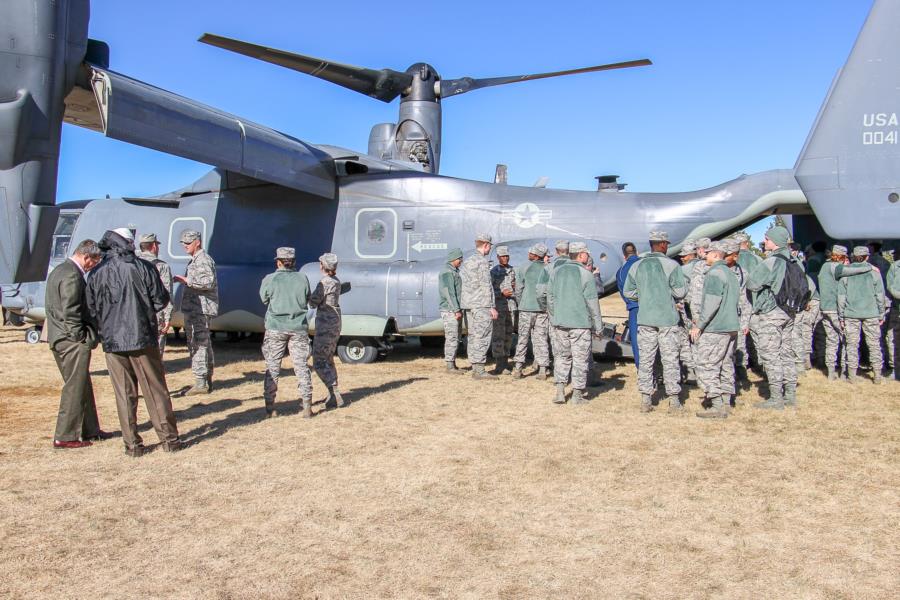 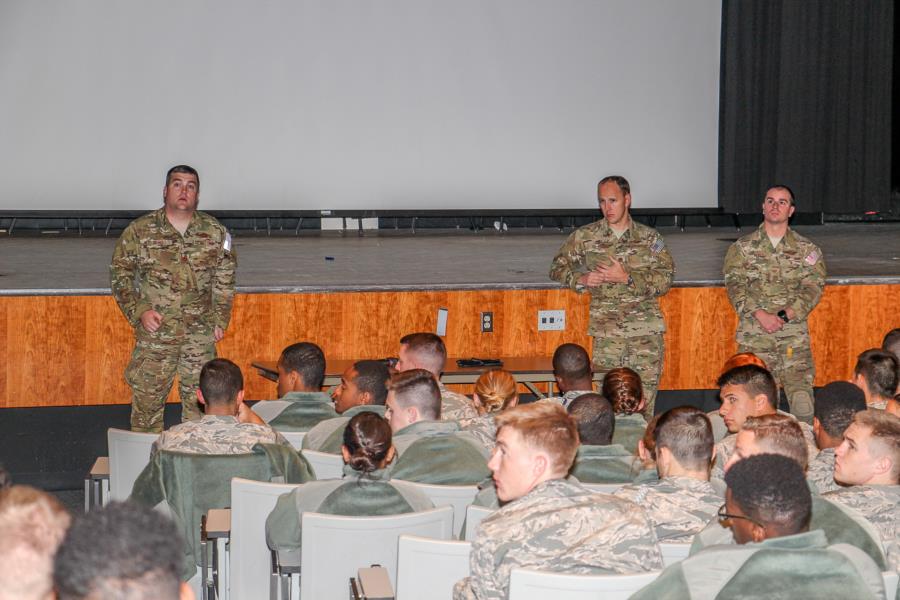 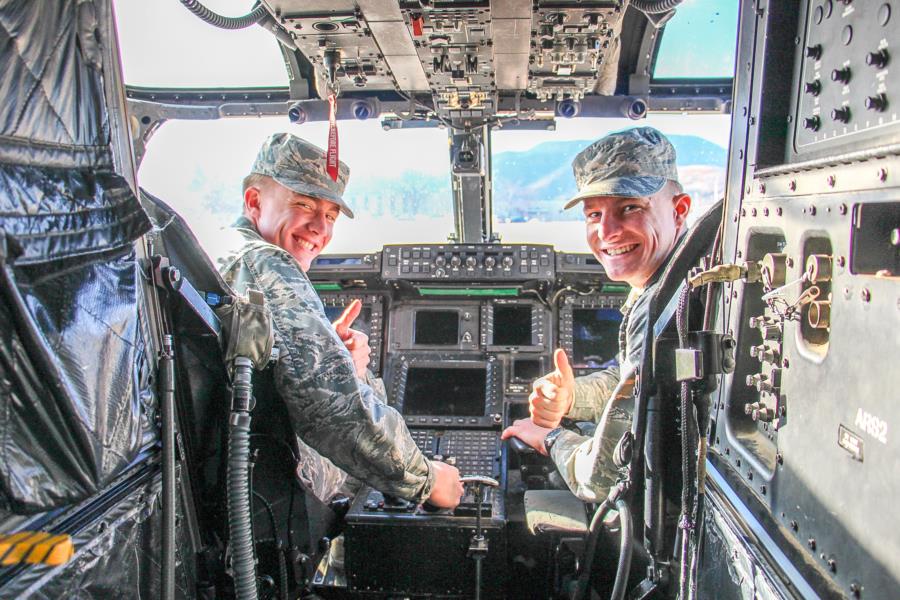 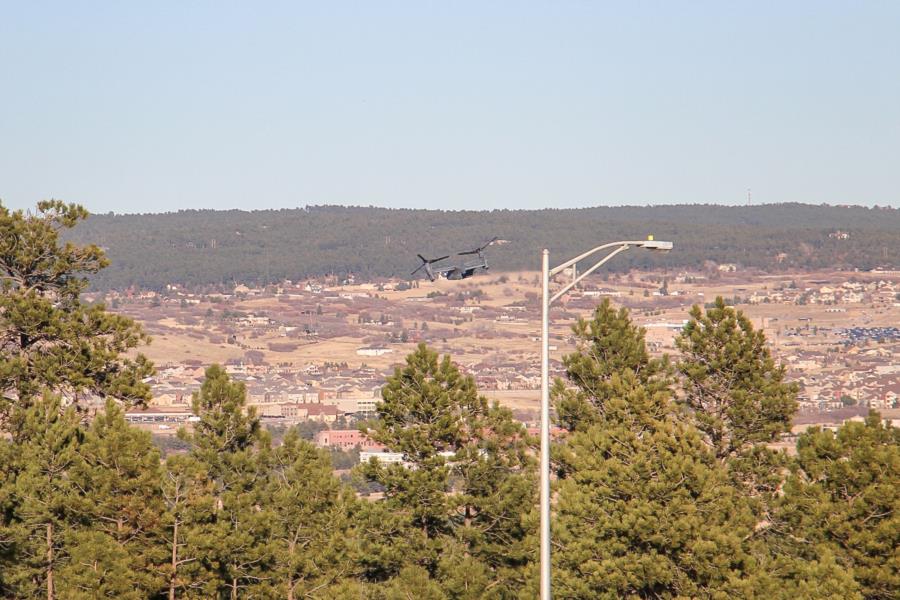 To view the rest of the pictures from the CV-22 Osprey visit go to; Classes - Prep School - Prep Life. Or click the link below.