Last night the Prep School celebrated with all of the C/C's who had a birthday in April, May AND June. With Graduation next month and the summer approaching, just like they did at the beginning of the Academic Year in August for the combined July/August Birthday Dinner they do the same at the end.

Facility manager, Mr. Luciano Moya makes sure that every student gets a birthday dinner. Even Cadet Candidates whose birthdays do not fall during the Prep academic year between August 1 and April 30, still get their dinner. They make sure no one is missed. 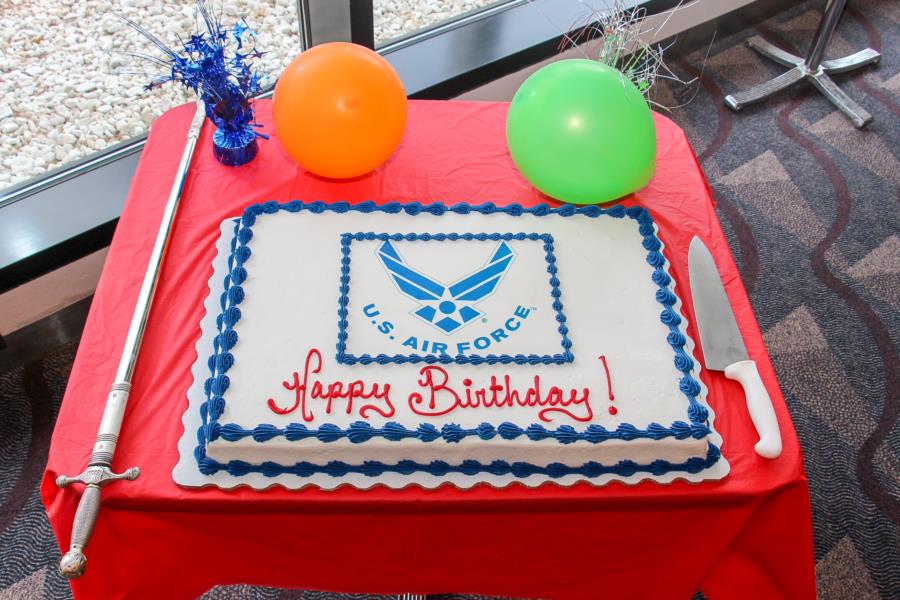 Each of the Preppies is served by the DFAC staff.  Dinner includes a green salad, choice of steak or chicken cordon bleu, dinner rolls, and the non-alcoholic beverage of their choice.  Dessert is cake, cupcakes and ice cream. The ice cream is always provided by Chef Jeff who pays for it out of his own pocket each month. 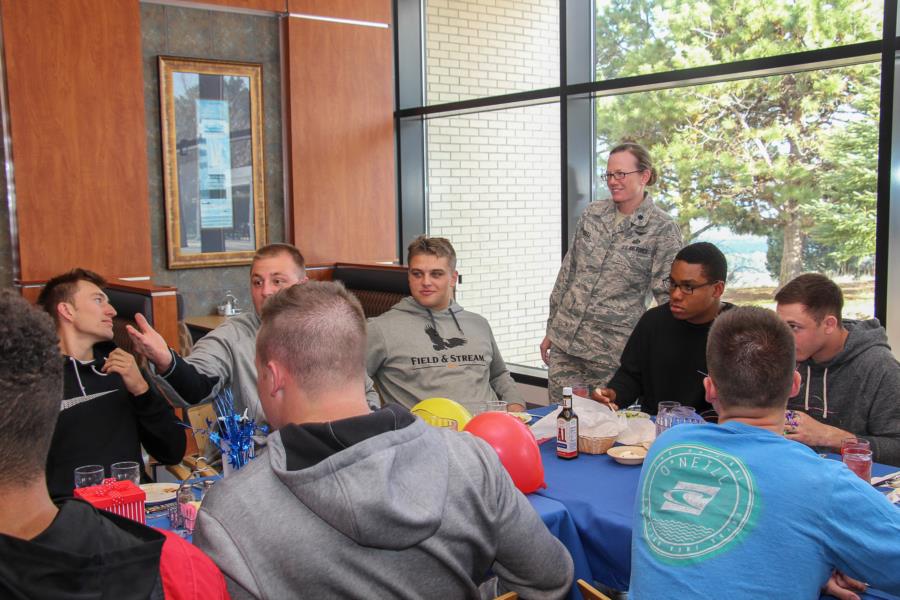 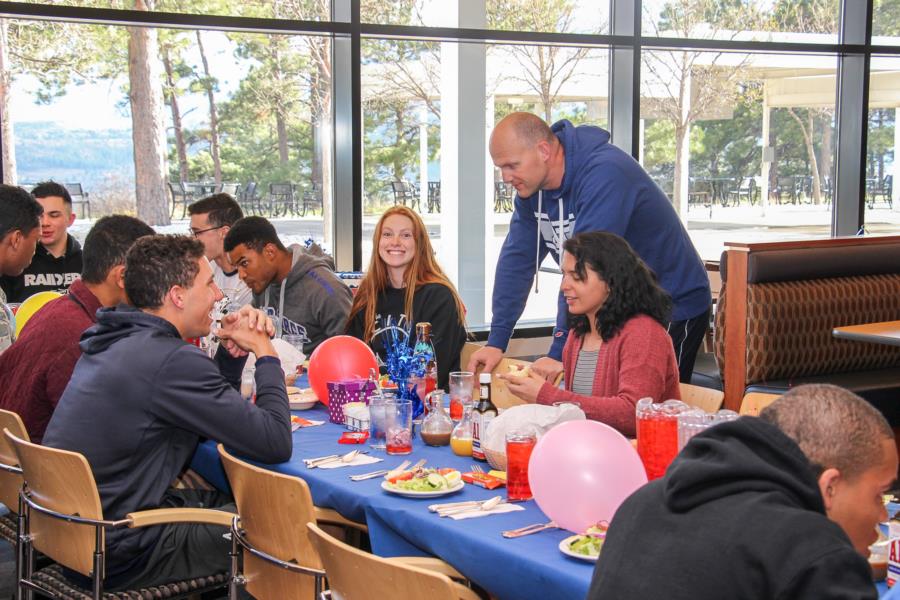 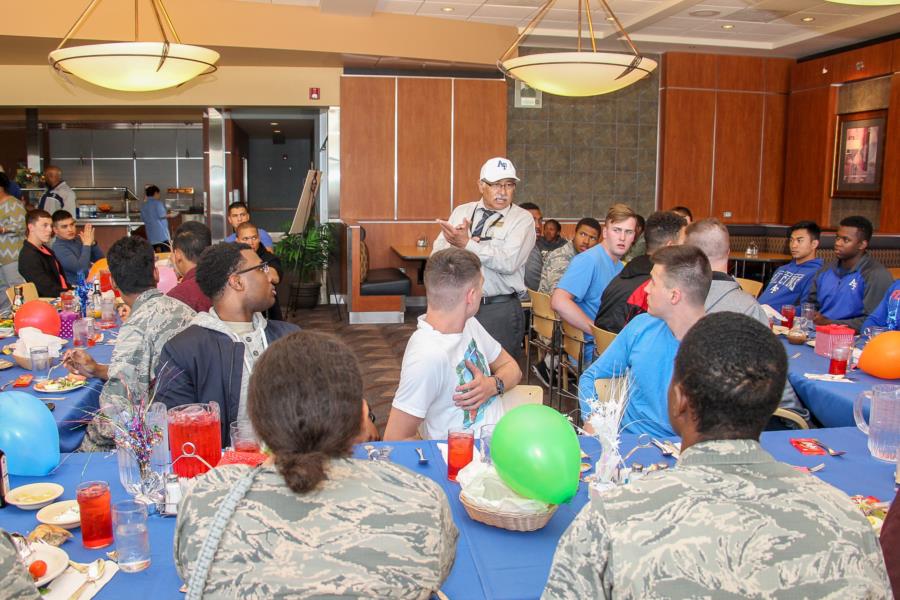 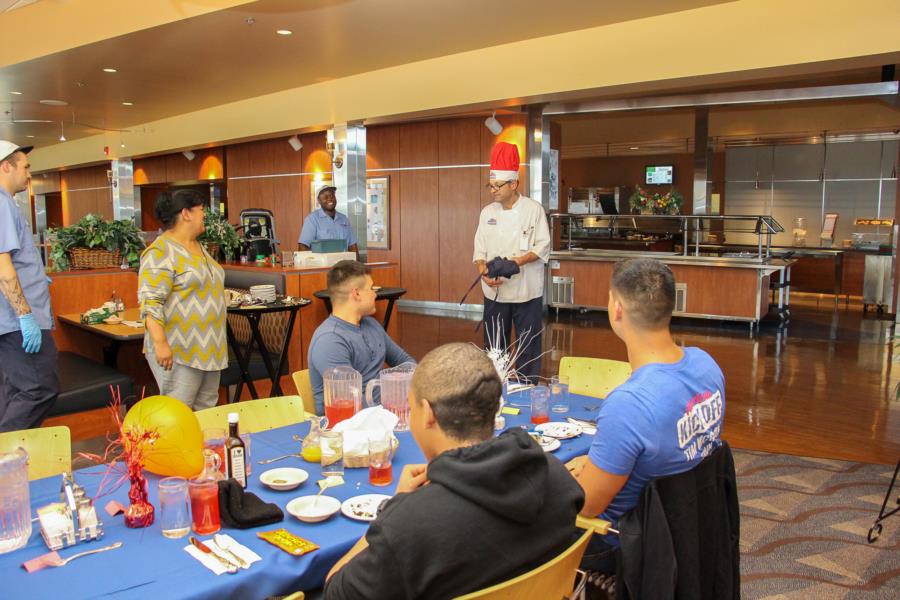 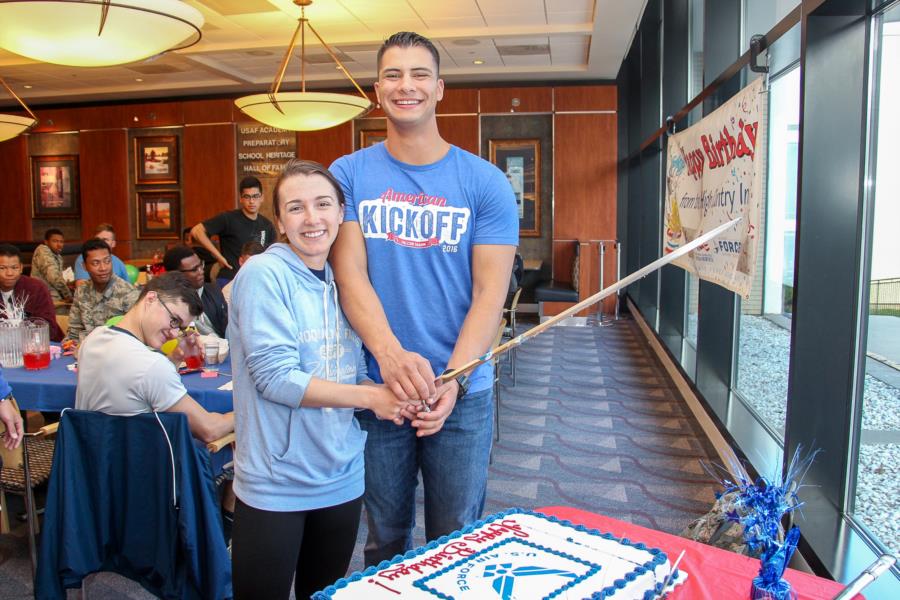 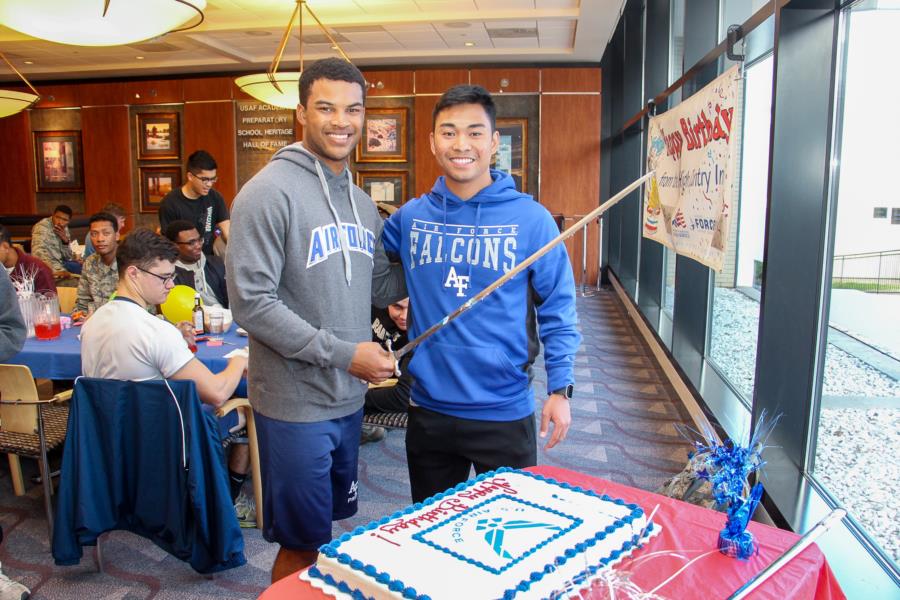 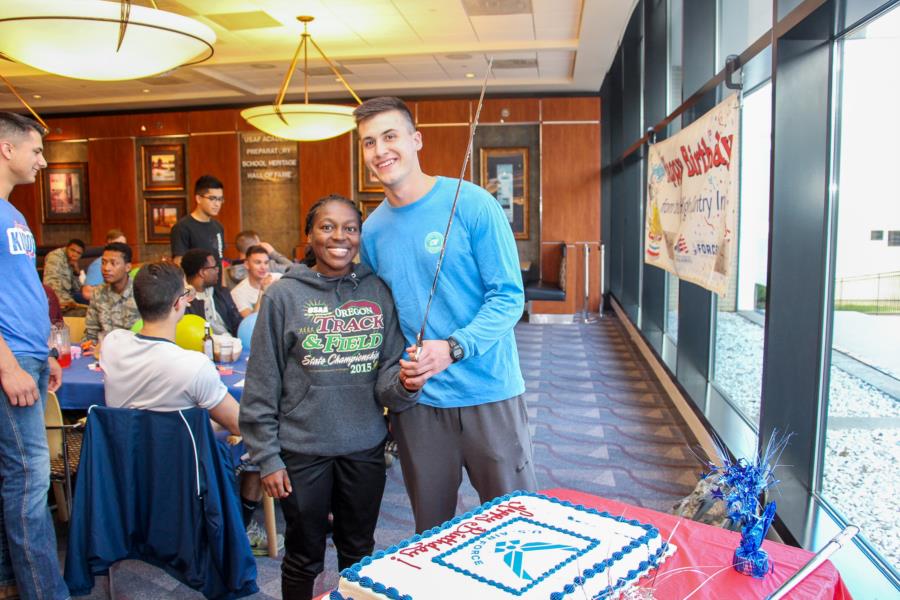 Finally, it was time for the Group Photo! With so many months involved we split them up into their Birthday months. 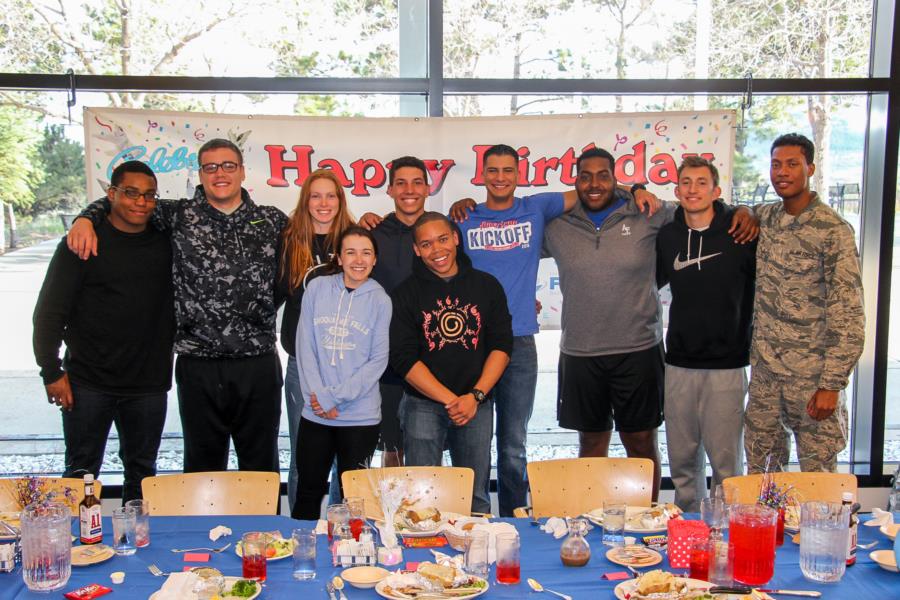 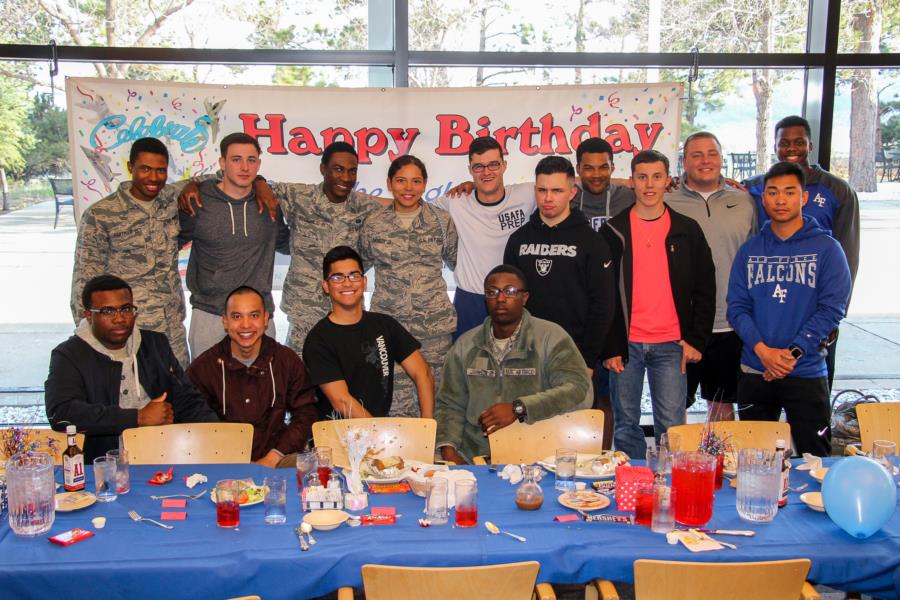 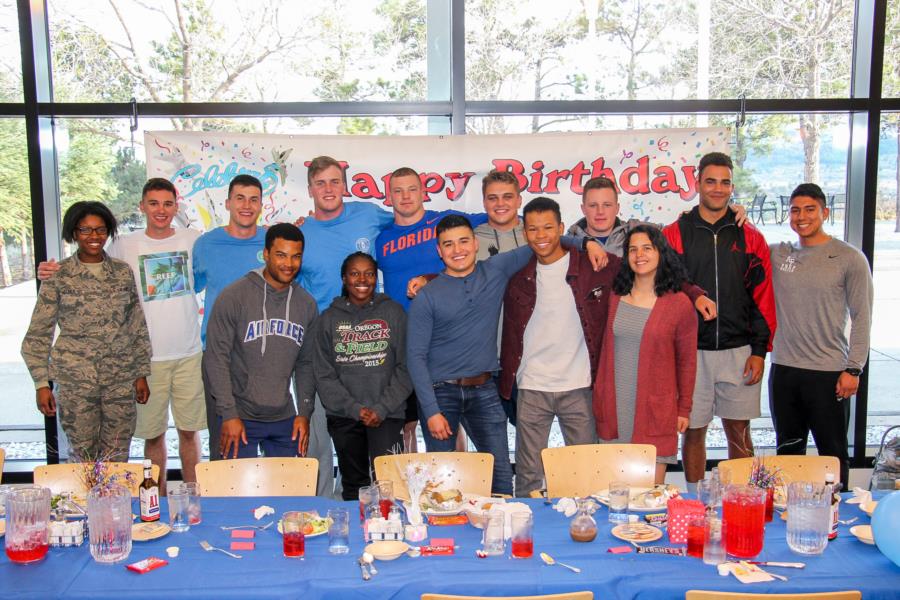 The C/C's at this Birthday dinner definitely had a fun time. One of them during the group photographs even managed to elude us in all of the chaos of moving one group out and one group in for the pictures and happened to participate in two of the group month pictures. Can you find the culprit?

To view the rest of the pictures taken at the April, May and June Birthday Dinner go to; Classes - Prep School - Prep Life. Or click the link below.

April, May and June Birthdays!