Today was day two of intramurals.  Just like the basics, I am getting used to getting up at Zero Dark Thirty.  The good news is there is no traffic at that hour.  My ususal 30 minute drive took half that time.  Unlike Saturday, we were able to find all the IC sports teams this time, including women's basketball and mens wrestling. 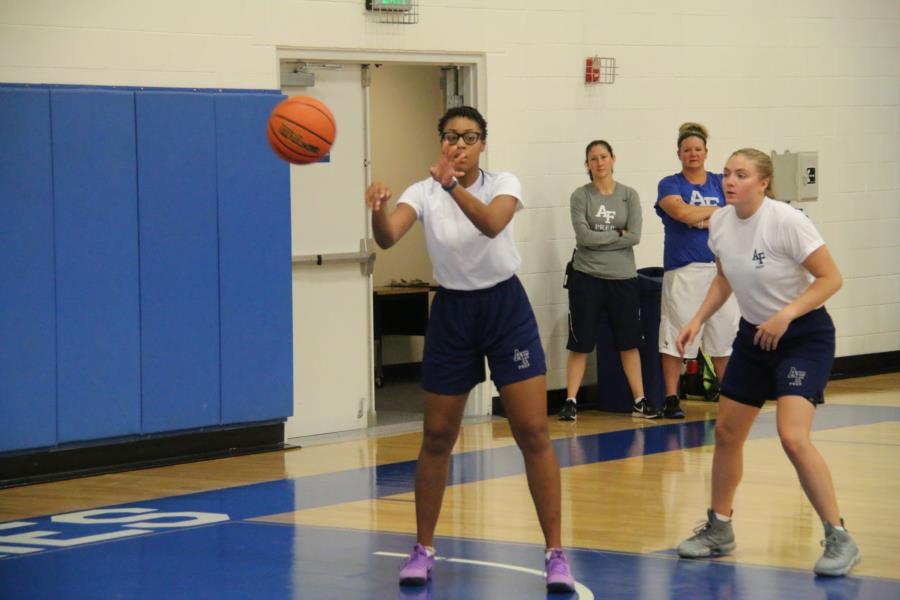 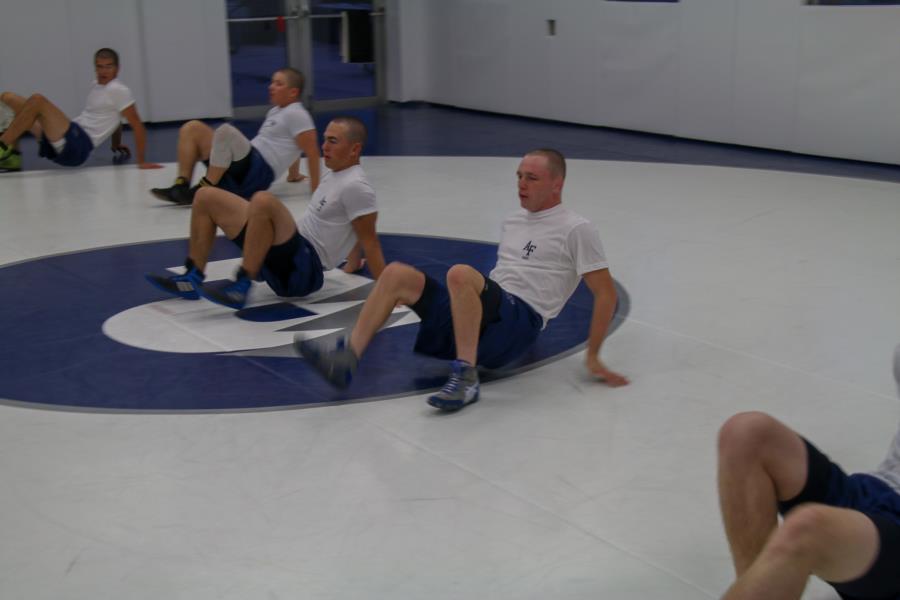 We also were able to catch the football team doing drills this time. 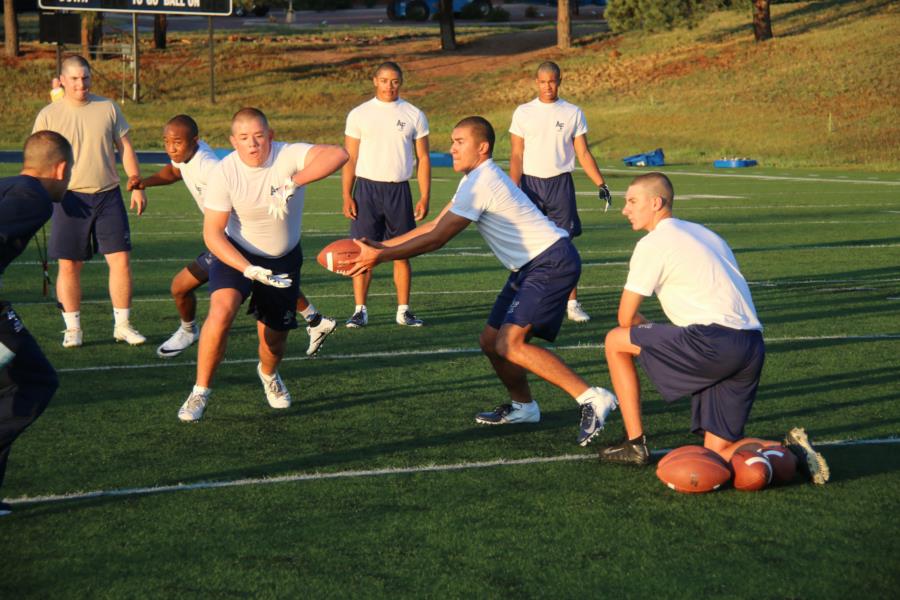 Of course we also made sure to catch the rest of the basics playing their sports and re-visted men's basketball & co-ed soccer as well.  All those photos are up in the BMT gallery.  Before you run off to look at them, we have an added bonus.  Inspections!! 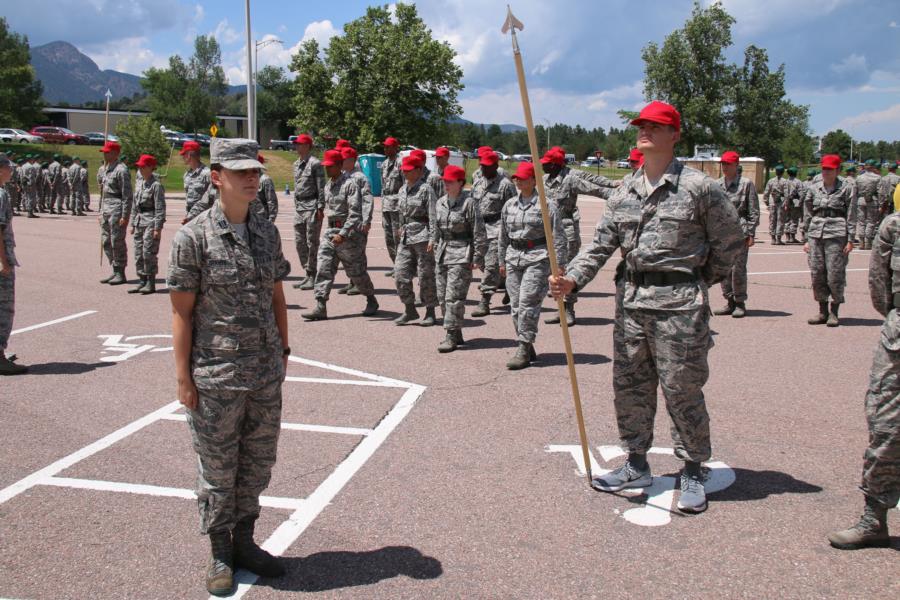 I checked the schedule this morning after intramurals, and lo and behold, What did I find?   Inspections!  Something cool to photograph and tell you about.  My original afternoon photo opportunity was going to be, Linen Exchange!!  I was going to treat you to photos of your basics standing in line holding their bed linen!  While I admit that may have been a first for many of you, open ranks inspections just sounds more basic trainingish.   Uniform inspections or Personal Appearance Inspections (PAI) are an important part of training.  Today wasn't an official one, however.  The basics learned and practiced the procedure.  The official one won't be for a few more days.   The basics were serious about it though.  Below a basic is helping a classmate by looking for loose threads on his uniform. 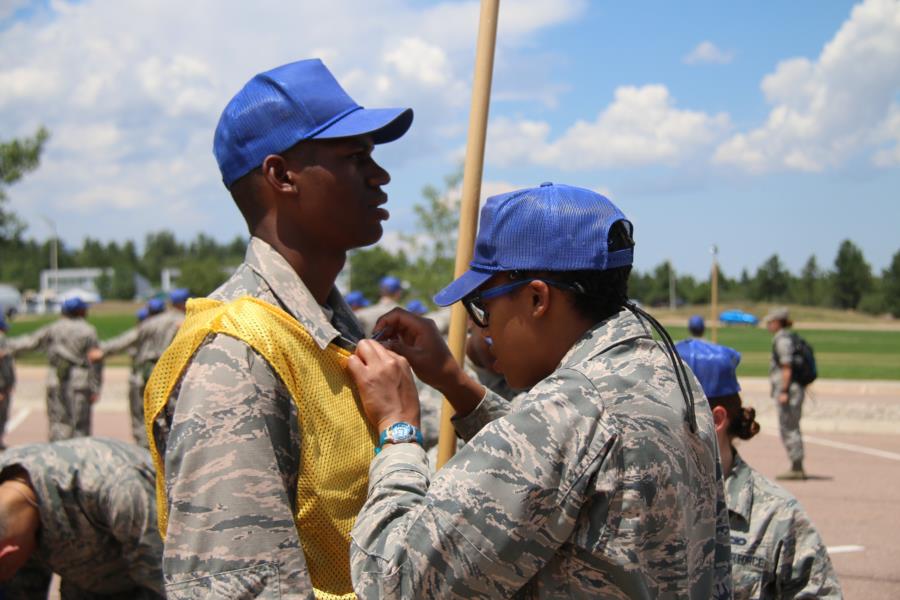 Which brings me to the colored vest you see in the photo.  These vests are called "Pinnys"  What is that you ask?

Also commonly known as bibs or vests, a pinny refers to the colorful practice shirts that players wear when a drill or activity calls for the players to be broken up into teams. The word pinny comes from pinafore which is:

At the prep school pinnys are used to help the cadre identify a basic who has an exercise limitation.  They come in four colors.  Blue, Green, Yellow, & Red.  The colors are actually pretty intuitive.  Blue (like the sky) = nothing above the waist.  Green (like the grass) = nothing below the waist.  Yellow (Caution) = may exercise at own pace.  Red (Stop) = No exercise.  The vest doesn't necessary mean an injury, just a reminder to the cadre to ask the basic about it.  So, there you go.

Ok.  That's it for today.  All the photos are up in the BMT gallery.  Be sure to sort newest to oldest to get today's first.  Oh, one more photo.  I love this one.  Just goes to show, that military bearing goes right out the window when there is a puppy. 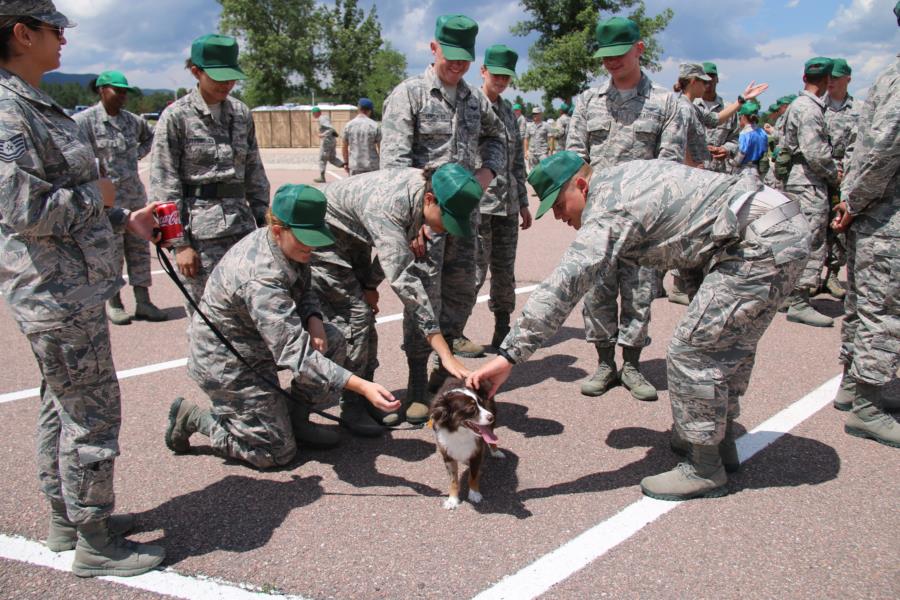