Powderpuff Football games are usually flag football or touch football games between girls and the term originates from powder puff, the soft material used for the application of cosmetic face powder. 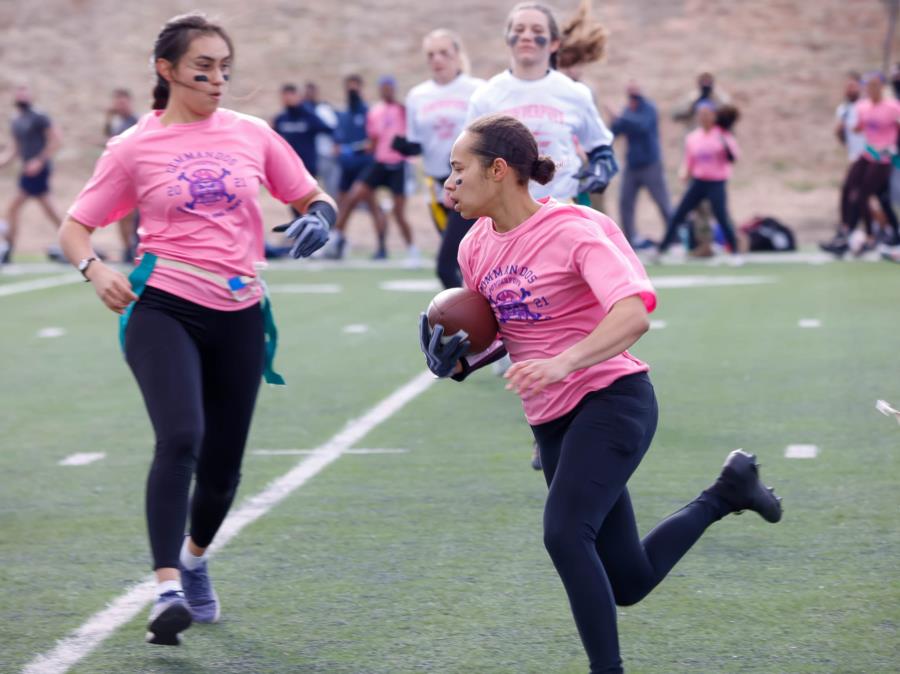 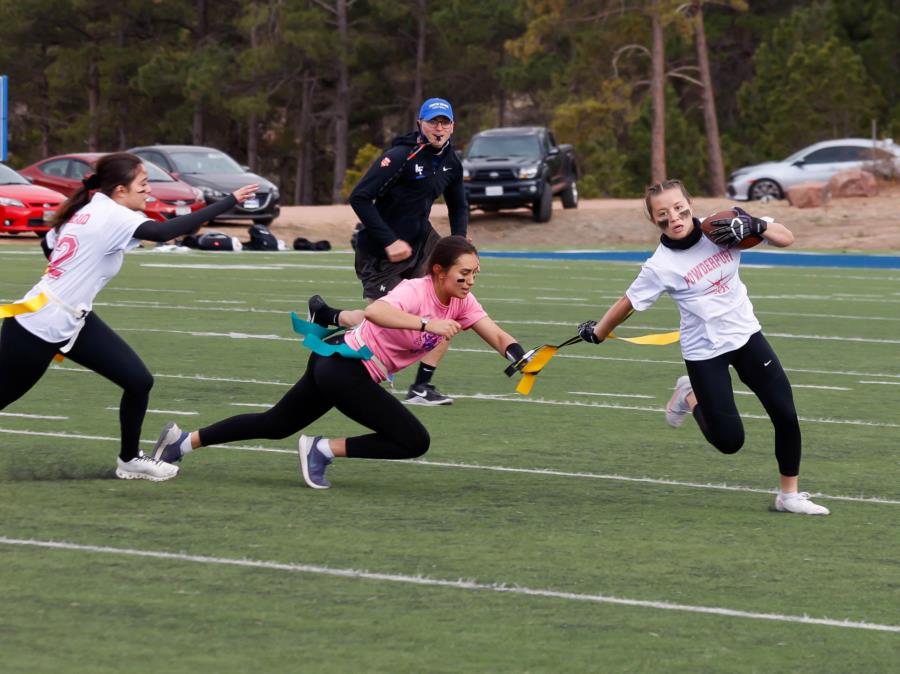 This year the Prep CC's have had a tough year with Covid restrictions and being restricted to the campus.  But they haven't let this dampen their spirits. it was the Preppies who came up with the idea of having Powderpuff football games between the squadrons.  And they went all in for the first game! 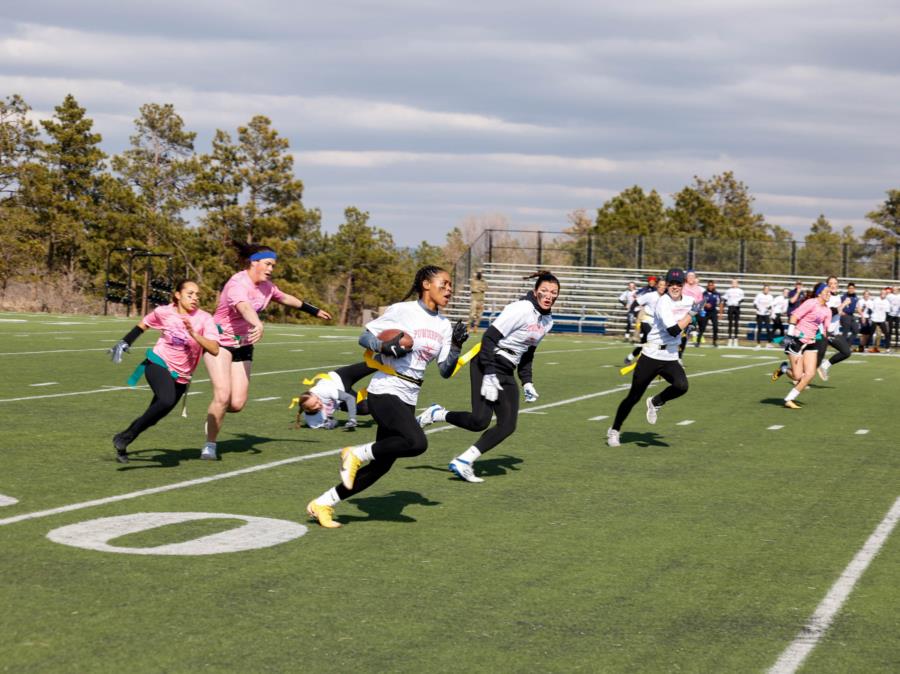 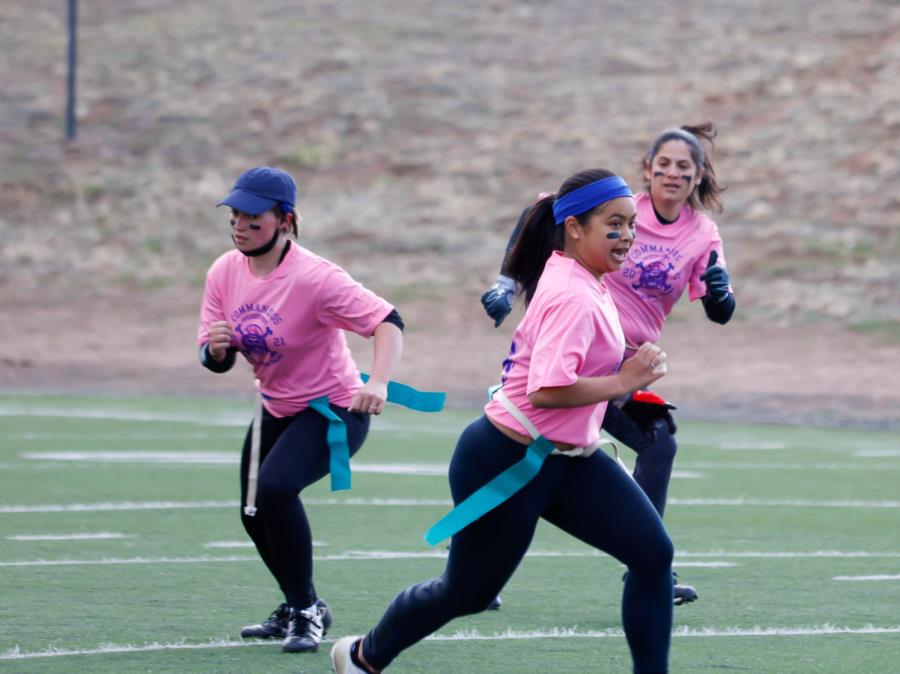 It was Alpha squadron vs. Charlie squadron in this first match up and they didn't disappoint! Alpha Squadron was in white shirts and Charlie squadron was in the pink shirts. Even with the chill in the air and a somewhat strong wind later in the game, they didn't let that get in their way of having a fun-filled, competitive game.  Both teams scored on their first possesion which really fired up both teams and cheerleaders.  Squad mates from each squadron were there as cheerleaders to cheer their team on and they definitely entertained those that came out to watch the game. 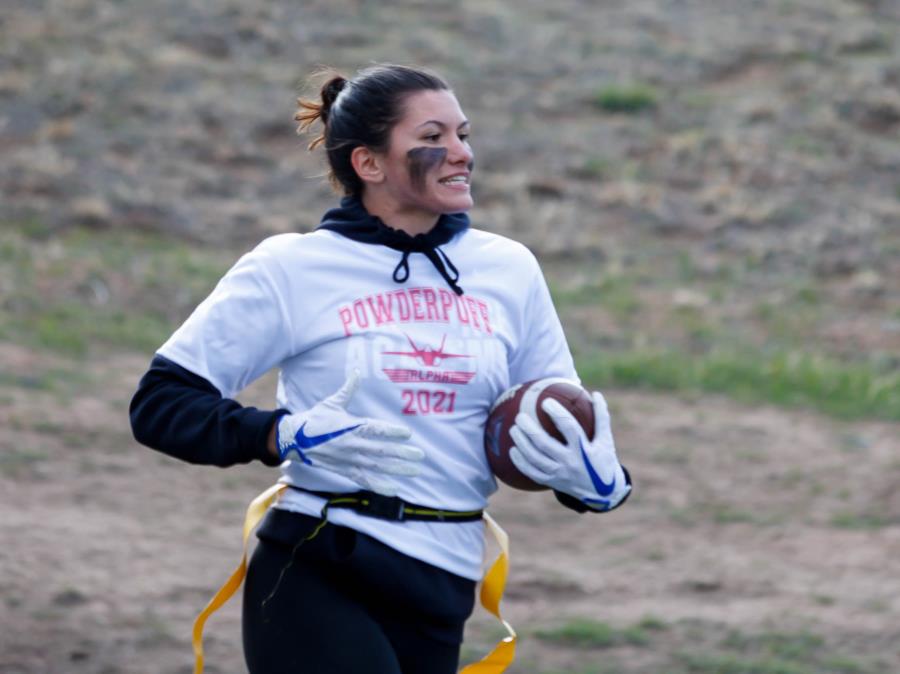 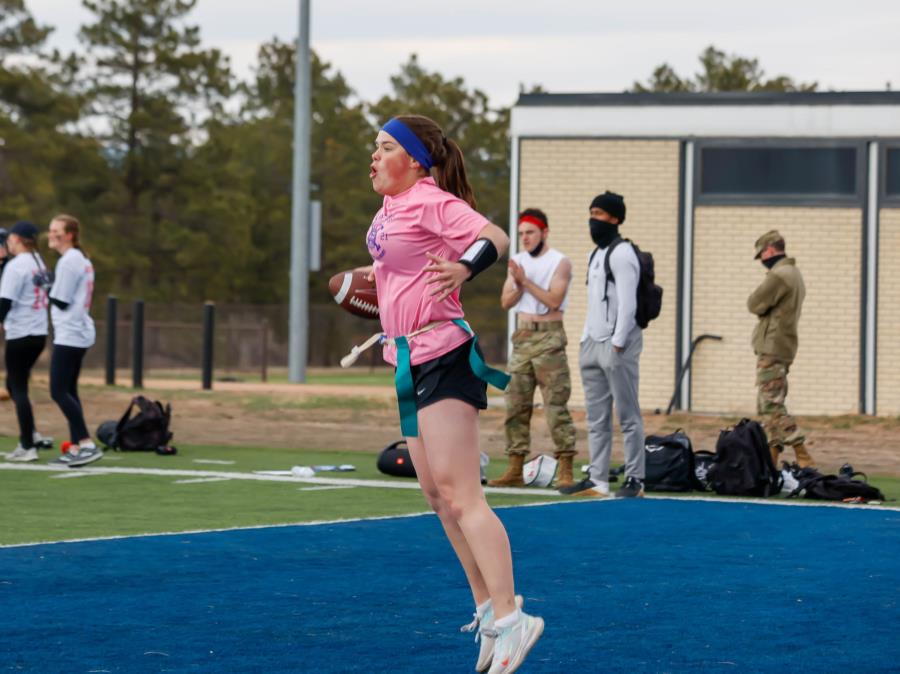 It was definitely a face paced and competitive game with great plays on both sides.  Alpah Squadron pulled out the victory in the end. 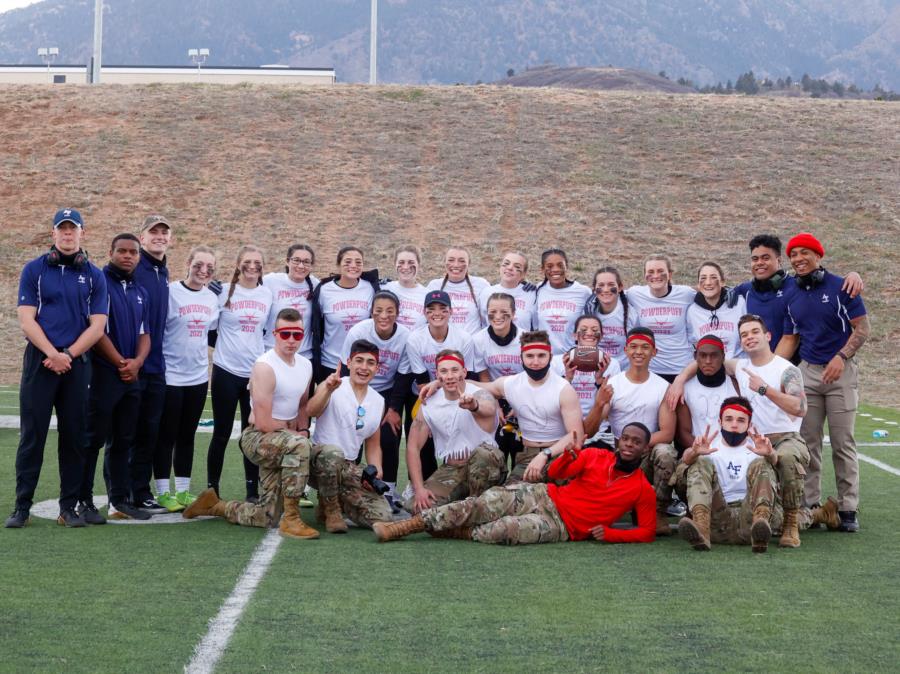 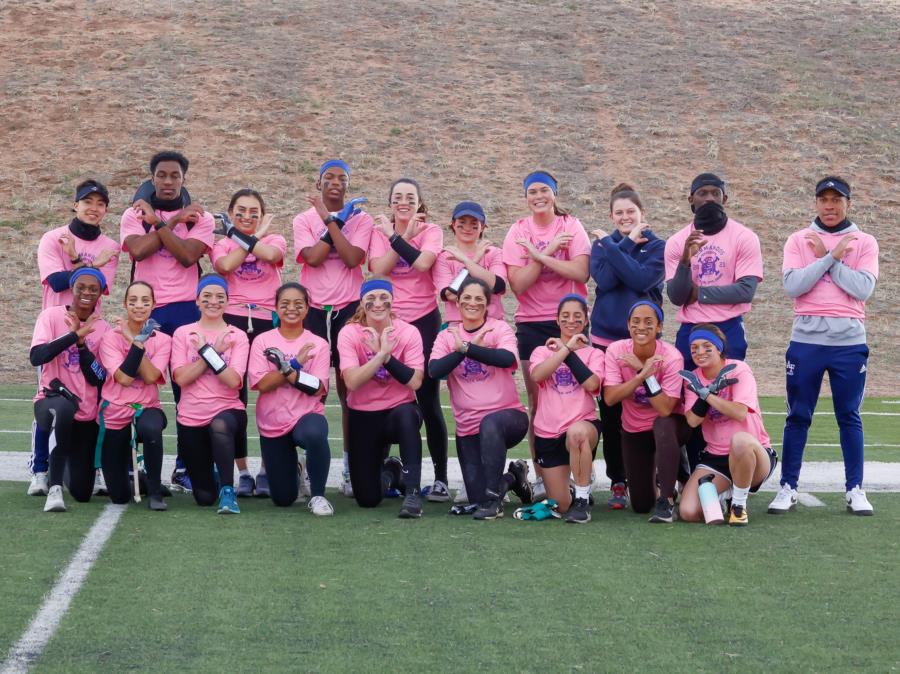 To view photos from the game, go to Classes > Prep School > Prep Life.  Set your photo order Oldest to Newest.  Then select your start page. Or click on the link below.