Today the C/C's participated in a POW/MIA Day at the U.S. Air Force Academy Preparatory School. This event was organized and run by the Cadet Candidates.  It consisted of a rotation of three stations that added to their already established foundational understanding of the U.S military's history and tradition.

C/C's had the opportunity to hear the stories of several individuals who had been or still are POW/MIA.  Among the stories were that of Capt. Lance P. Sijan and John McCain. 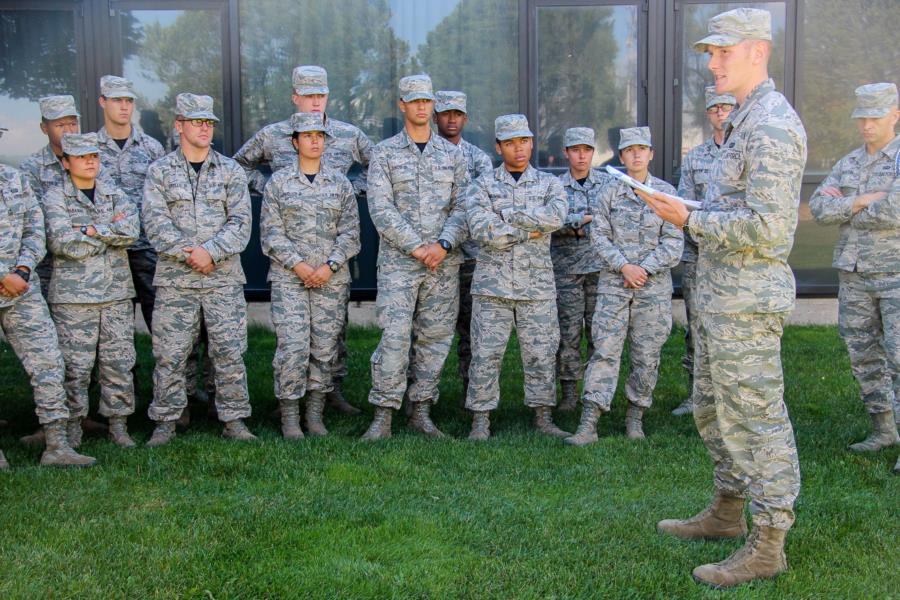 Station 2: History and Background of the POW/MIA Table and Flag

At this station they learned about the history and background of the POW/MIA Table and the significance of each component of the traditional display. Additionally, they were taught how the table is acknowledged during various military functions and events.  They were also taught about the history of the POW/MIA flag and the various aspect of the image depicted upon it. 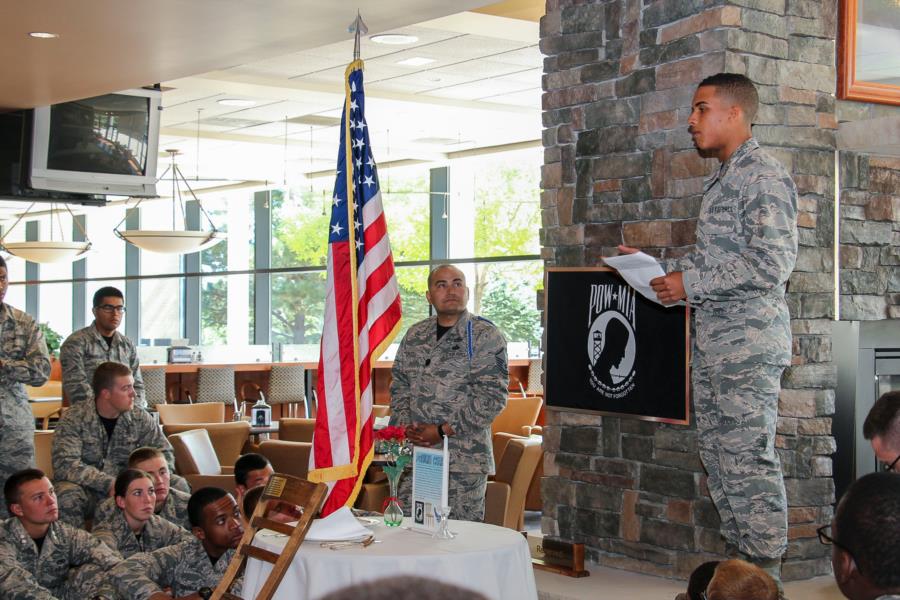 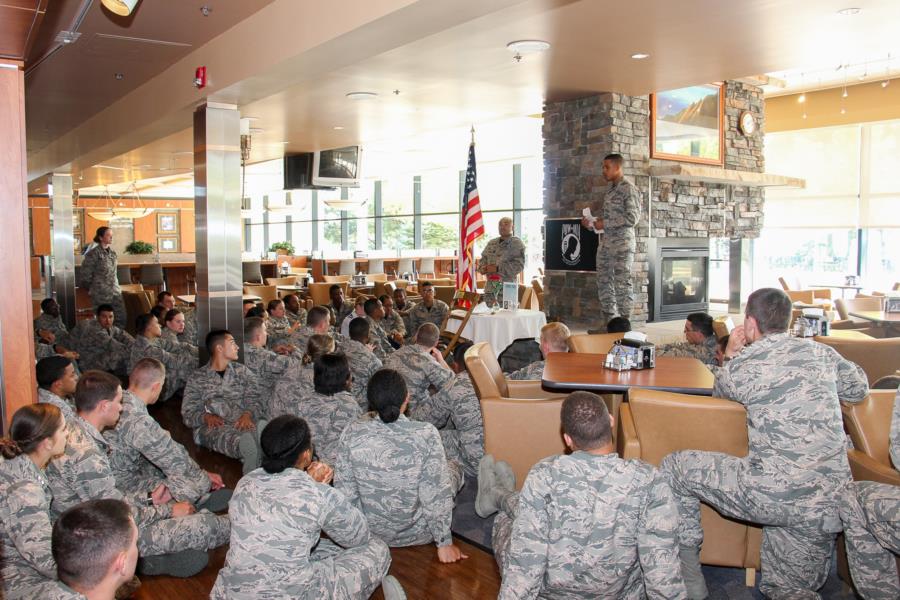 Here C/C's were given the opportunity to choose a name of a POW/MIA to remember for the day.  As part of their remembrance, they placed the name on a small memorial flag replicating those being flown around the nation.  Those were then placed within a grassy area of the Preparatory School designated for POW/MIA remembrance.  Afterwards, they were given the opportunity to further expand their understanding of POW/MIA Day as well as of the USAFA's Heritage by reading several short biographies of Air Force Academy graduates who had been POW/MIA. 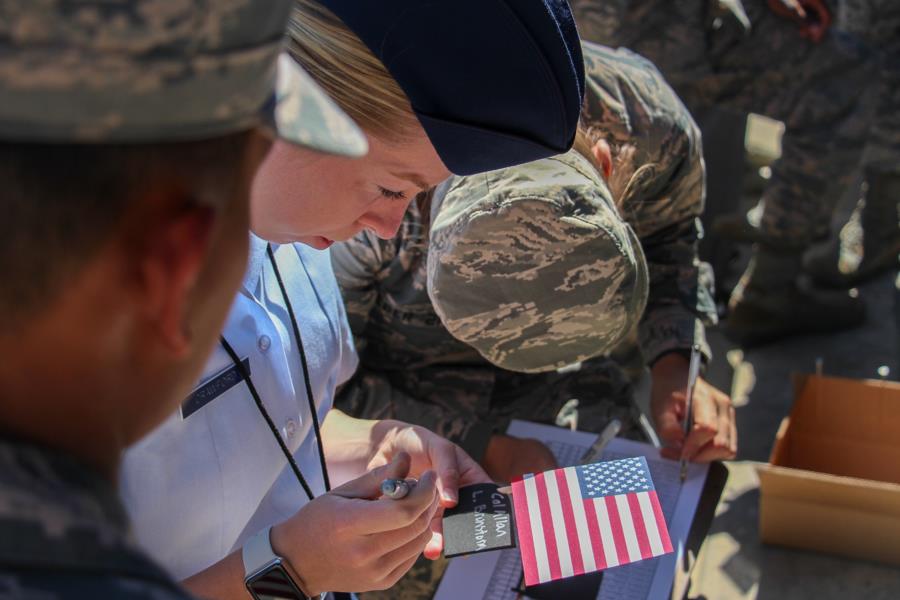 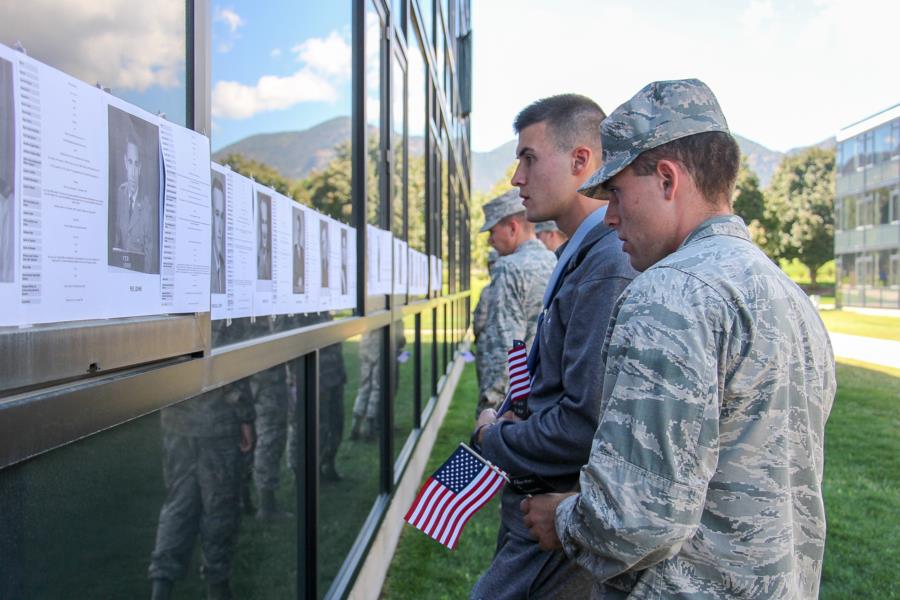 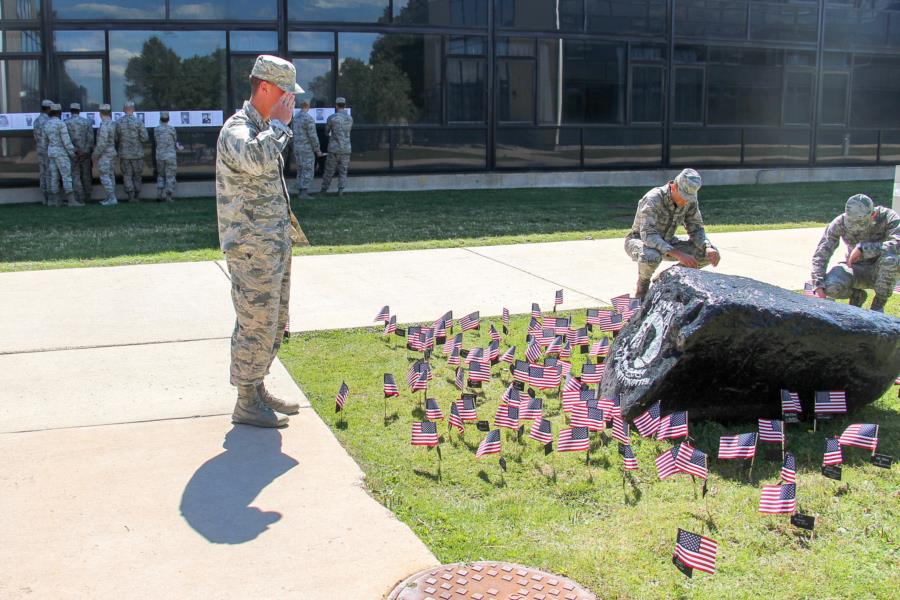 The event concluded with the a reminder of the significance that the day holds for those who have served as well as for those who are serving and may one day find themselves to be a POW/MIA. 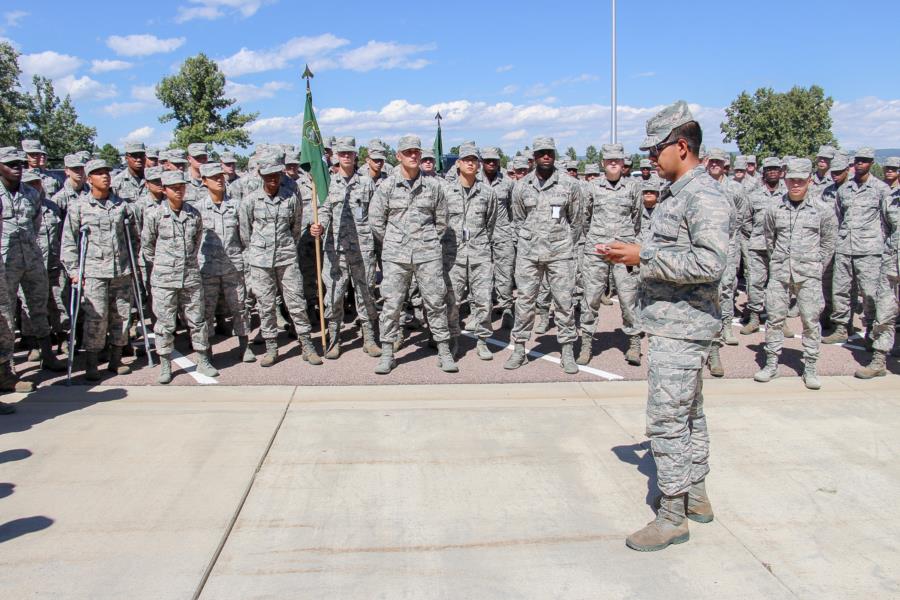 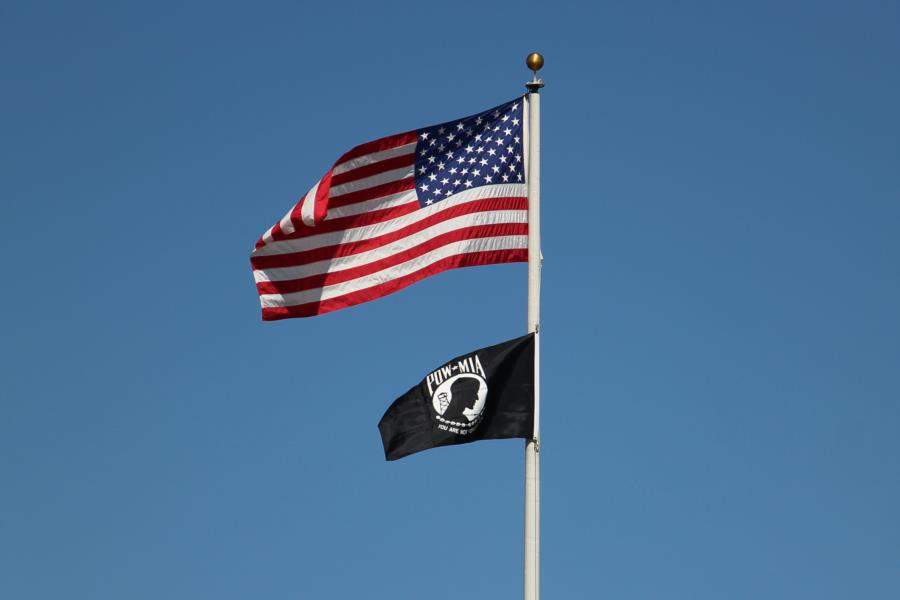 To view the rest of the pictures taken during this event go to; Clases - Prep School - Military Training. Or click the link below.