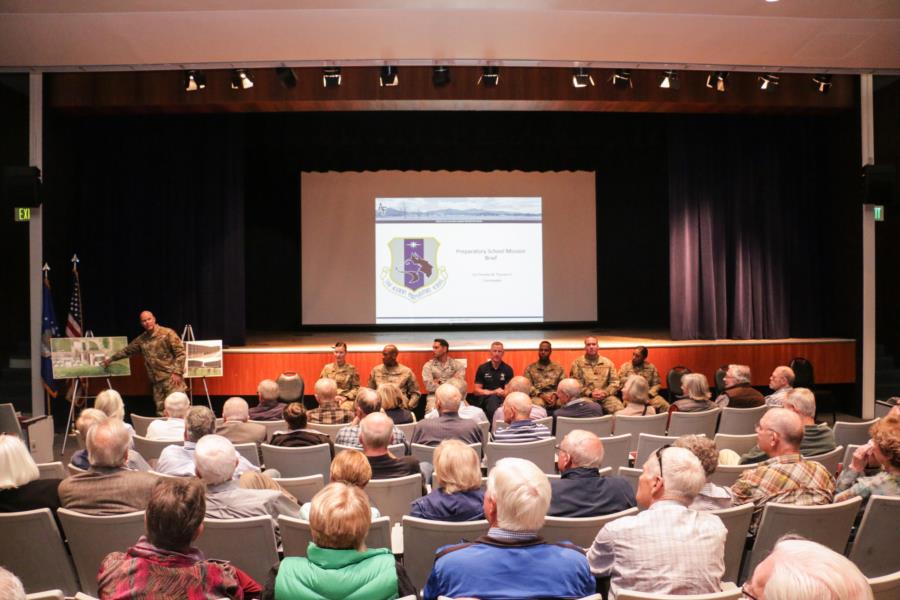 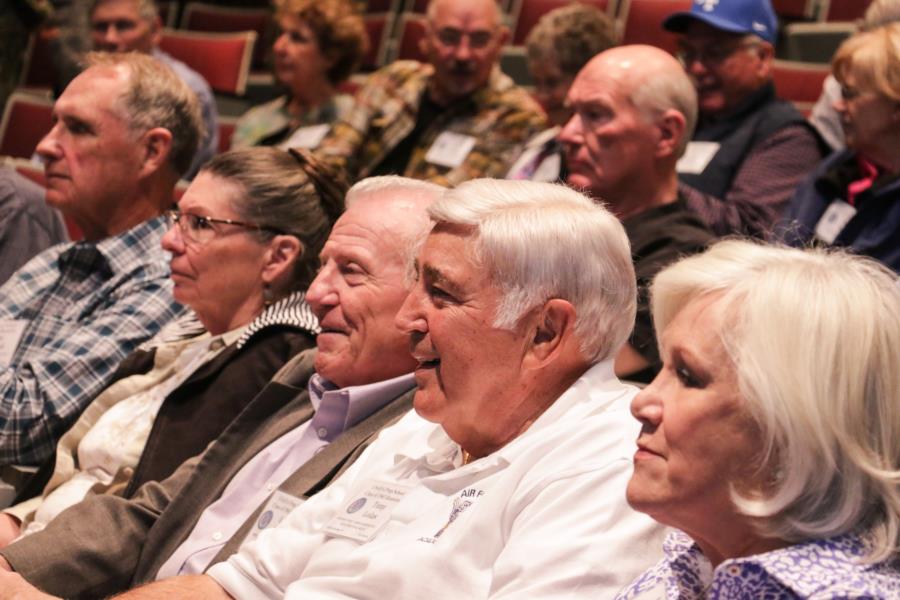 Next, the Class of ‘63 met outside the Dorms for a Class Photo! Following the photo, they toured the Dorms and Academic Buildings. 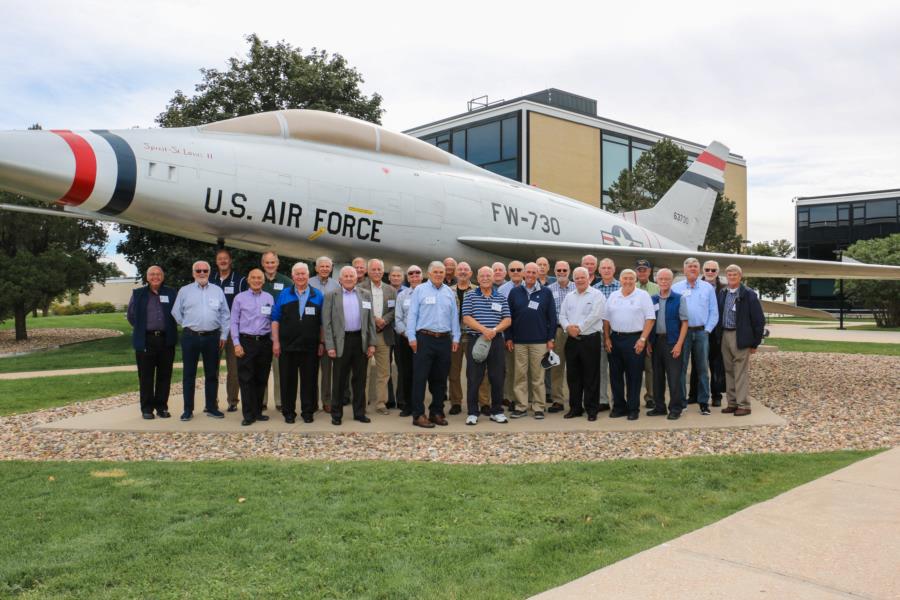 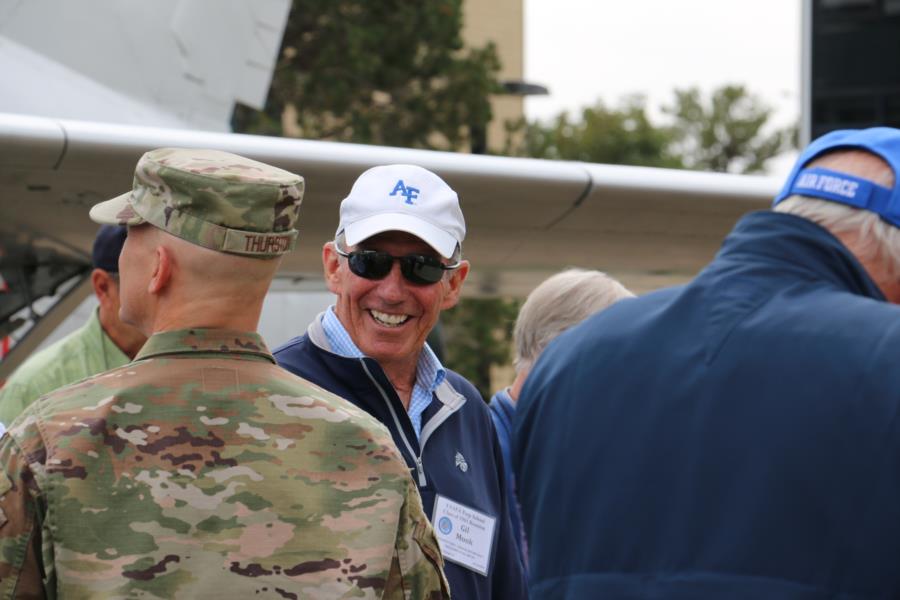 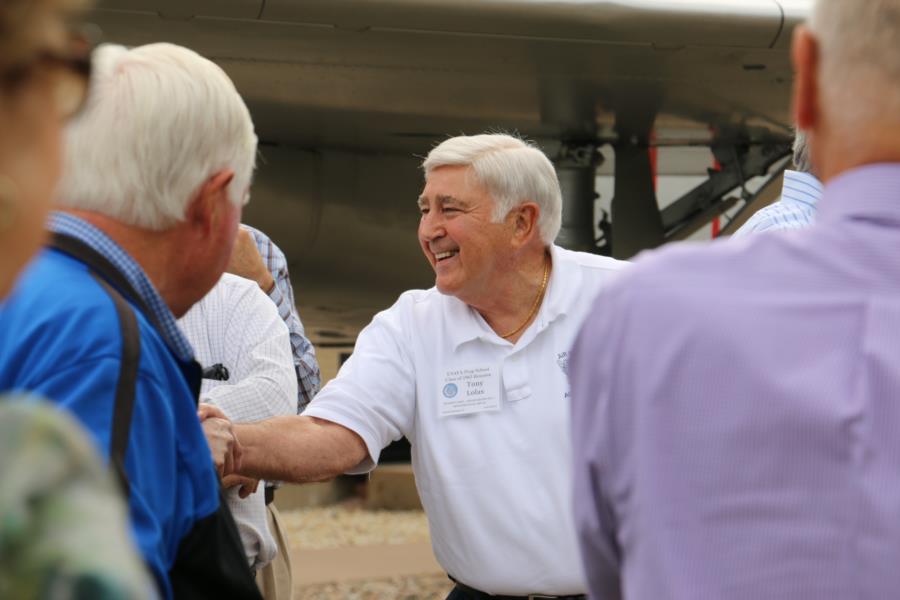 After their tour, they got to eat lunch with current Preppies, which was a treat for both the current Preppies and the Class of ‘63. Once lunch was finished, everyone including the reunion class and Preppies gathered in the Husky Theater.  The Class of ’63 selected a couple of their classmates to lead a panel and discussion with the Prep School. The main M/C was Retired Brigadier General Dale Stovall. Brig Gen Stovall is one most decorated Preppies, he was awarded the Air Force Cross, 2 Silver Stars, and 2 Distinguished Flying Crosses for his actions during the Vietnam War. During Vietnam, Brig Gen flew helicopters for rescue and recovery. While stationed overseas, he rescued a shot down officer in enemy territory and was credited with the deepest rescue made during Vietnam.  Also, on the panel was a test pilot, astronaut, scientist, etc. All these gentlemen had such inspiring stories, careers and attributed their success to the Prep School. 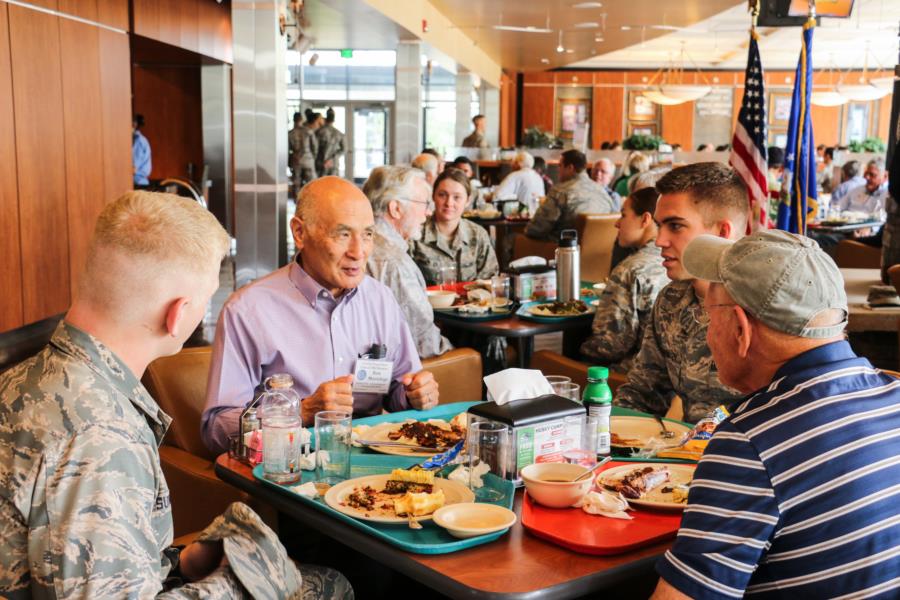 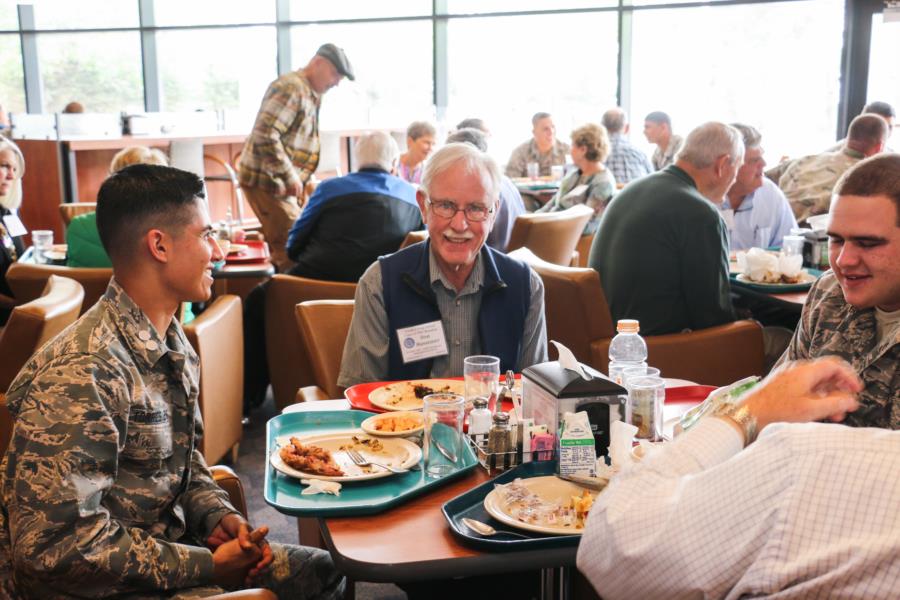 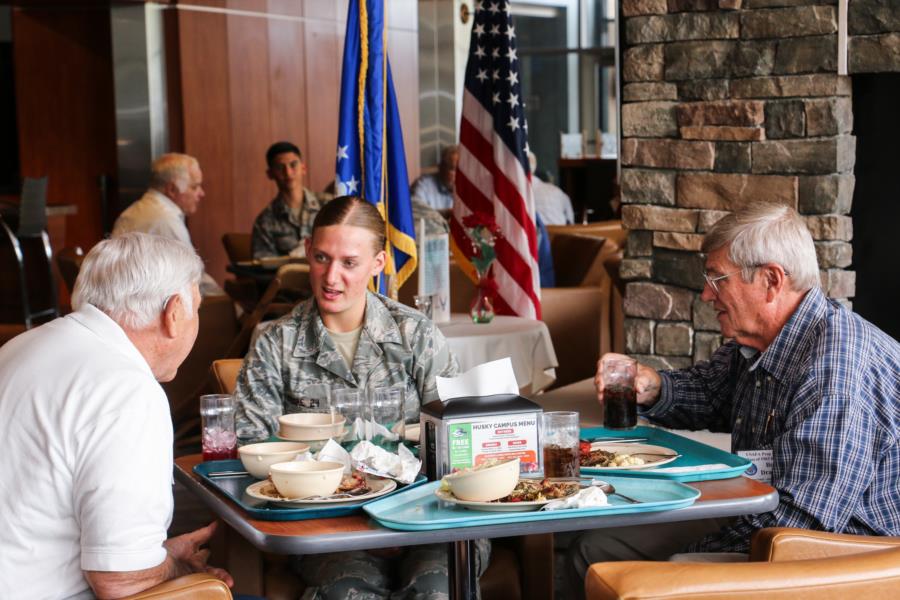 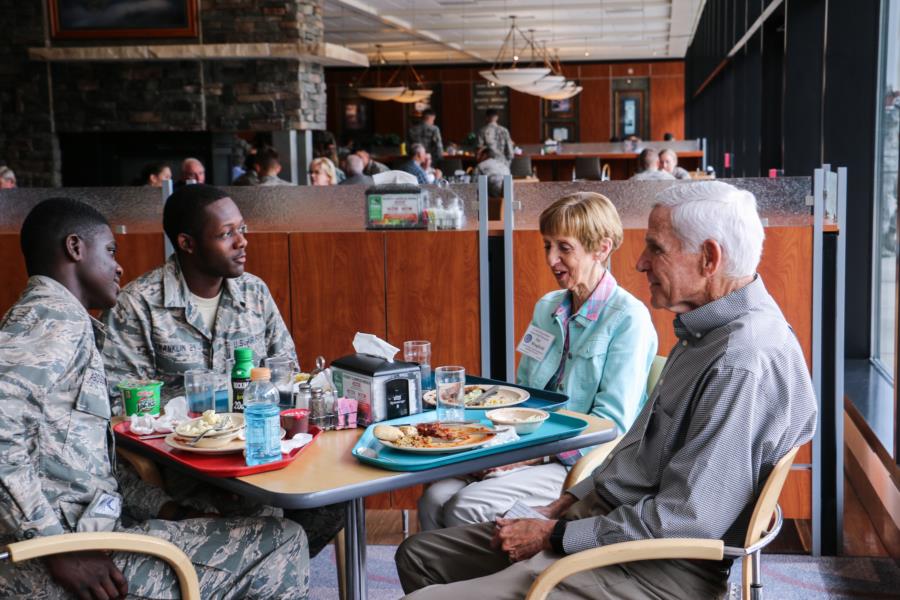 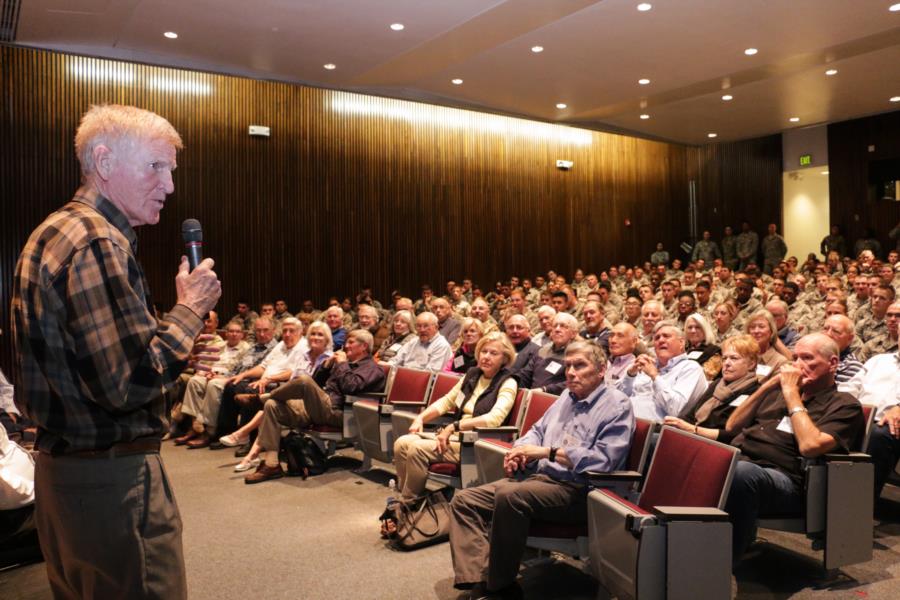 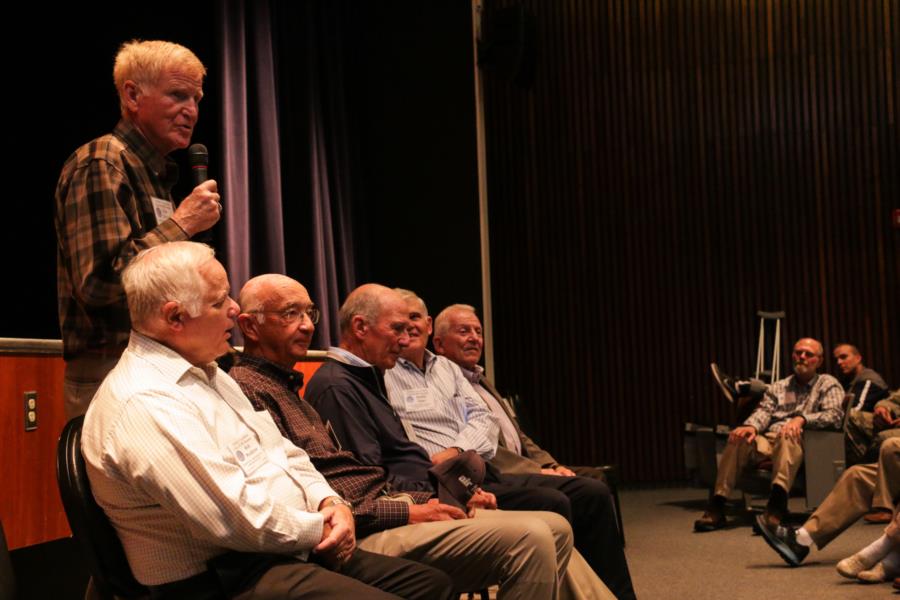 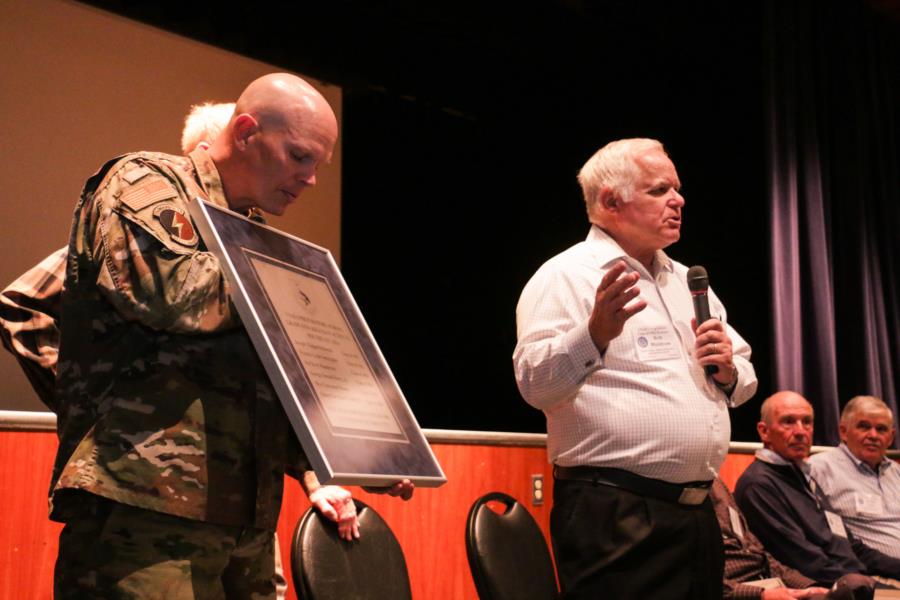 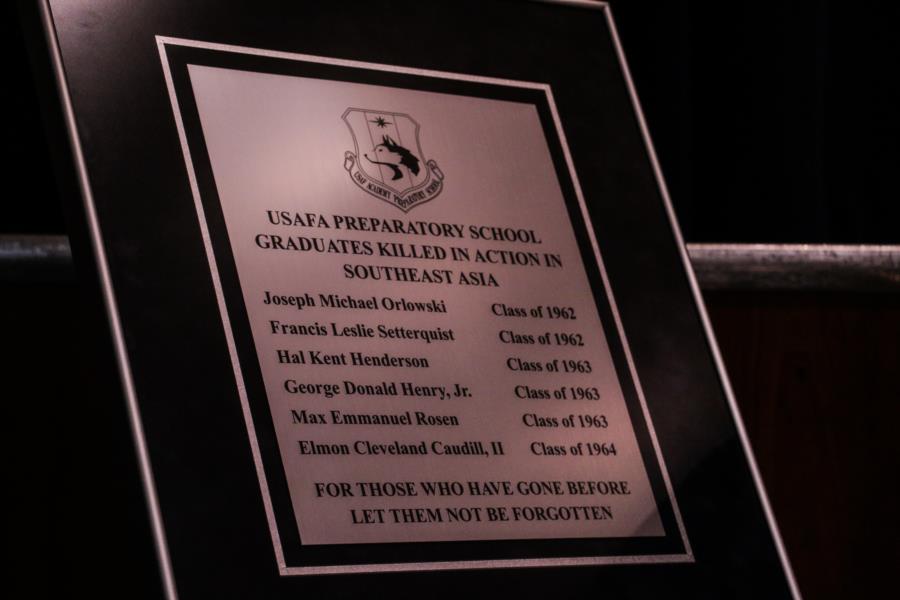 After the presentation of the plaque, the panel opened the floor to questions. The Preppies asked what sports they played, what it was like being prior enlisted and coming to the Prep School, and any stories from their time at the Prep School. However, one question stuck out, what does it take to be a good leader. Below are the panel's responses.

What does it take to be a good leader? It all comes down to your choices. Every choice has repercussions and consequences. So, when you are making a choice, think about the after effects. Also admit when you are wrong, if later down the road you learn you made a bad call, own it and make the changes to fix it. As a leader, this attitude will foster a healthy culture and let your subordinates know that they can admit when they are wrong and try and correct, instead of continuing down the wrong path.

To view the rest of the photos, go to Classes > Prep School > Prep Life.