On Monday the Prep School had the honor of a visit with Captain (Ret) John McGrath who was a POW during the Vietnam War. He shared stories about his time as a POW with the C/C's and talked about his life experiences in and out of the Military.

Below is some background on Capt (Ret) McGrath;

During his visit Capt (Ret) McGrath had lunch with a group of the C/C's and talked to them about what their goals were and what they wanted to do once they graduated from the Academy. 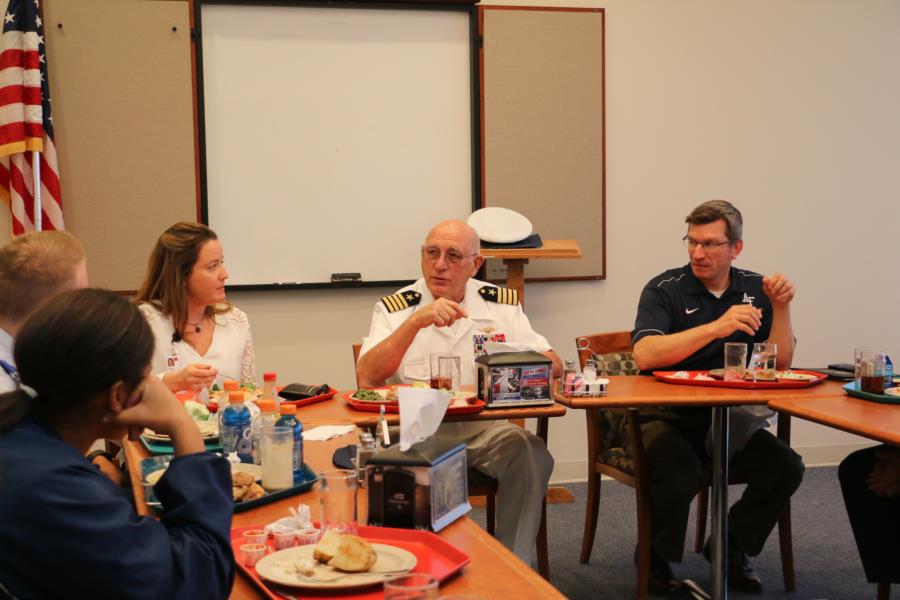 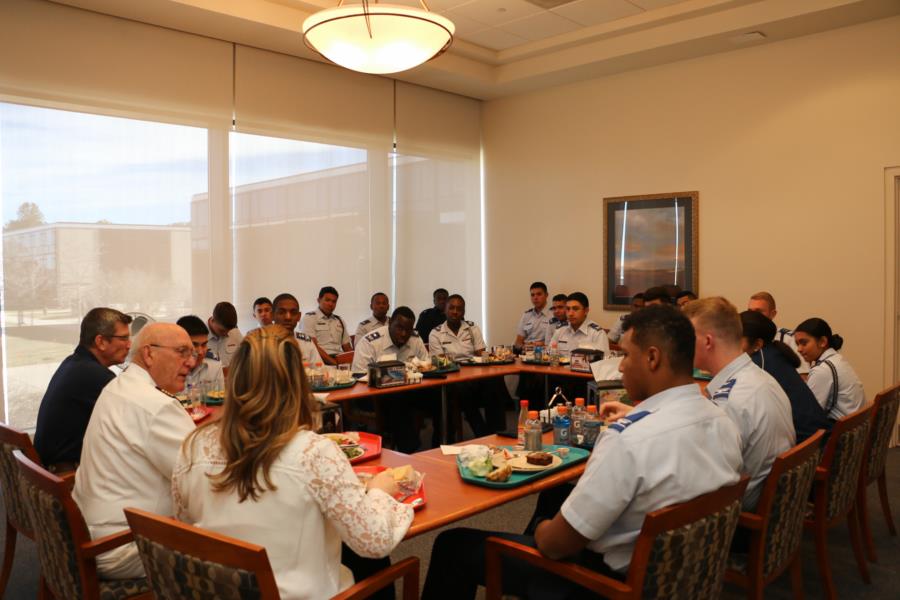 After lunch the C/C's made their way to the theater where Capt (Ret) McGrath addressed the rest of the C/C's and talked about his career, his experience as a POW and what his life was like afterwards. 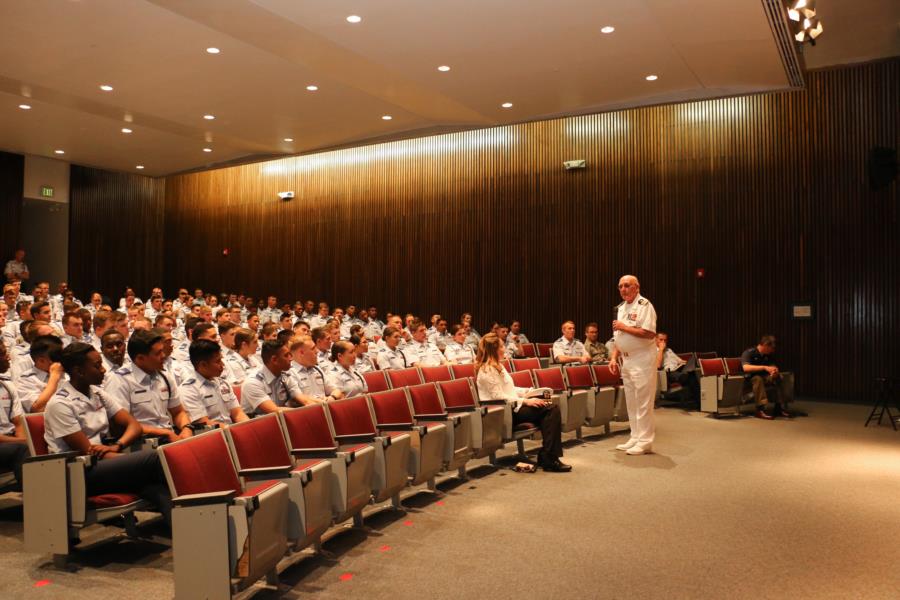 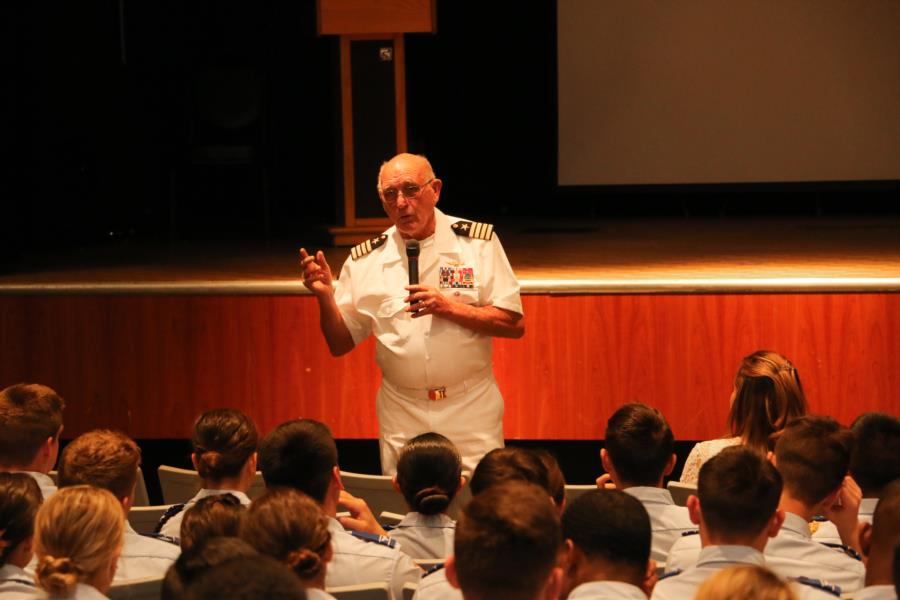 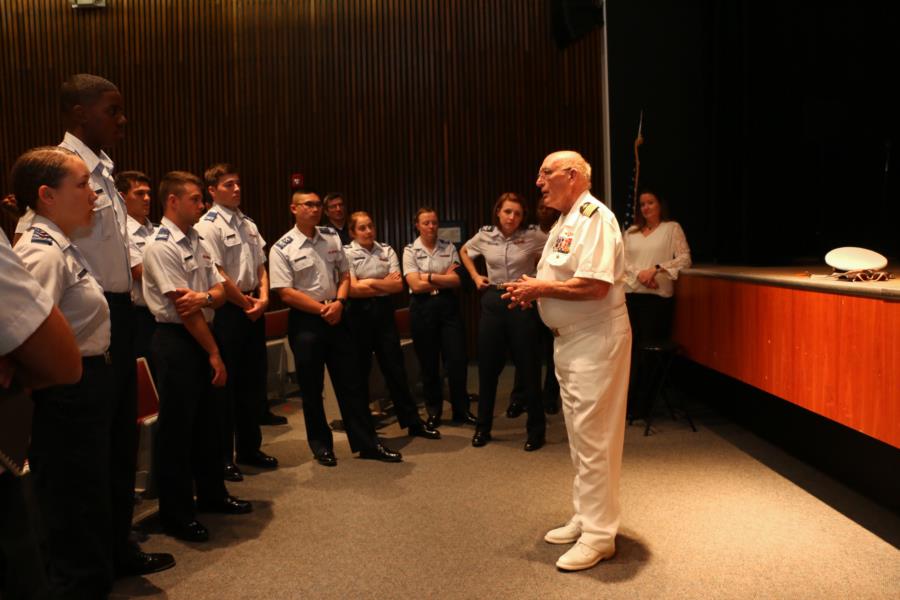 To view the rest of the pictures taken during his visit go to; Classes - Prep School - Prep Life. Or click the link below.