Good Morning!  Actually it is almost noon.  Day #7 of BCT.  It's hot and a bit windy.  Typical of this time of year.

Today, I want to talk about the PFT.  Another acronym.  Stands for Physical Fitness Test.   The basics took their first one this morning.  It will serve as a baseline.  They will take it again during BCT.  They will be amazed how much they improve.

During the academic year cadets take physical fitness tests each semester to measure their overall strength and conditioning.  Proficiency is required in both the Physical Fitness Test (PFT) and the Aerobic Fitness Test (AFT) in order to graduate.     This test is different from the Candidate Fitness Assessment (CFA) that they took when applying to the Academy. 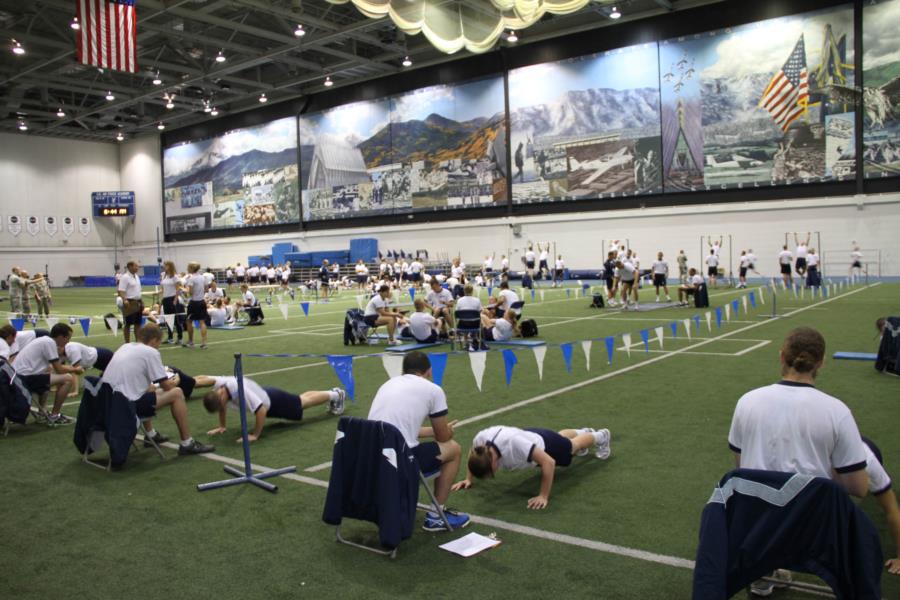 We covered all the squadrons taking the test this morning.  That doesn't mean we will get every basic, however.  Some will elude us in the crowd and some will not take the test for various reasons and will make it up at a later time.   On that note, we have received several emails asking about the orange arm bands.  Basics wearing those have some kind of limitation while they are wearing them.  It alerts the Cadre.  So there you go.

We will be back in the dental clinic and tailor shop this afternoon.  Rumor has it that the Demons will be having their smiles checked and Barbarians and Flying Tigers might be passing through clothing exchange.  Check back later this PM to see if I am right.

Yes, I know Aggressors and Executioners are getting the short end of the photo stick right now.  We are slaves to the schedule.  It will all balance out by early next week.

You just gotta love the Preppies.  Nothing keeps them down. 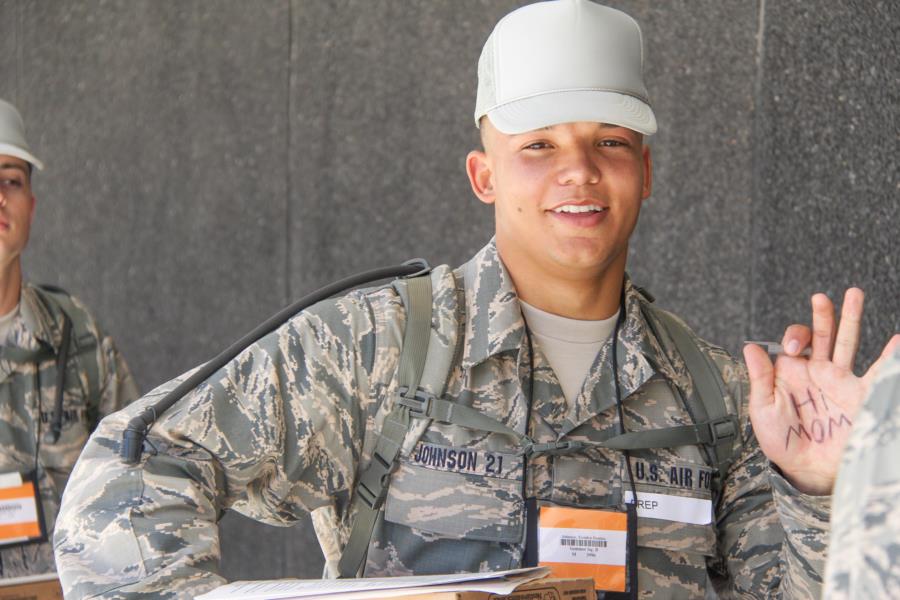