Last night the Parent’s Association of Eastern Massachusetts invited all 49 of their cadets and a guest to enjoy a night of home. It began as a way for the cadets from MA to get to meet one another and share their USAFA experiences. It originally was a small dinner in a conference room and has grown each year. 2017 was the first year that parents went out to Colorado to host the event. Last year they were fortunate enough to have the dinner on their state holiday of Patriots Day but unfortunately they were unable to repeat that this year due to scheduling with Arnold Hall.  Their parents club is one of the oldest parent clubs in the country. 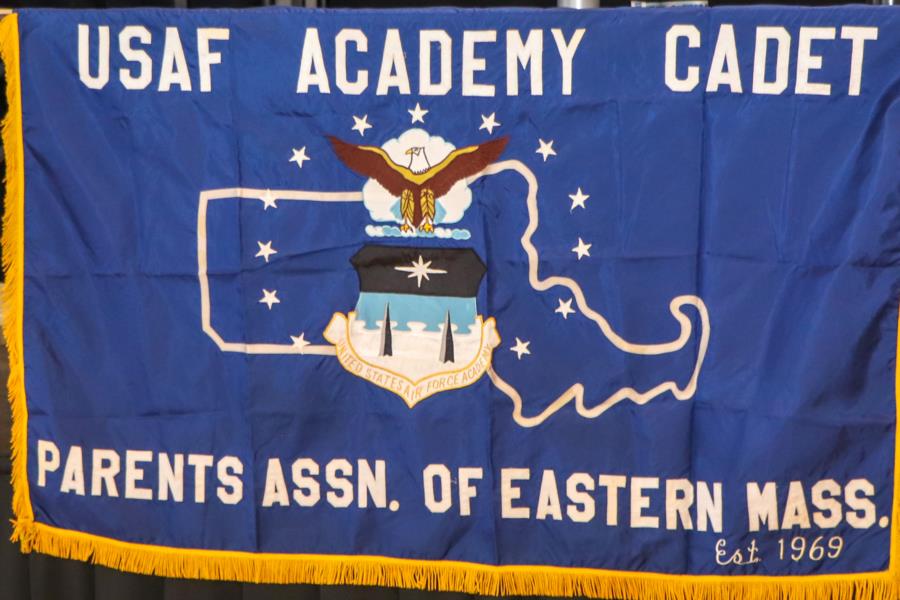 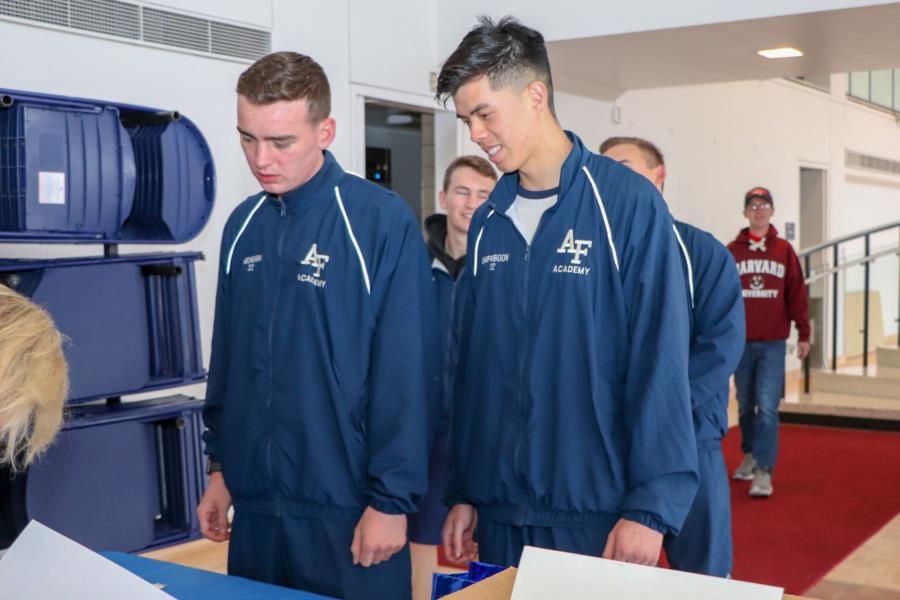 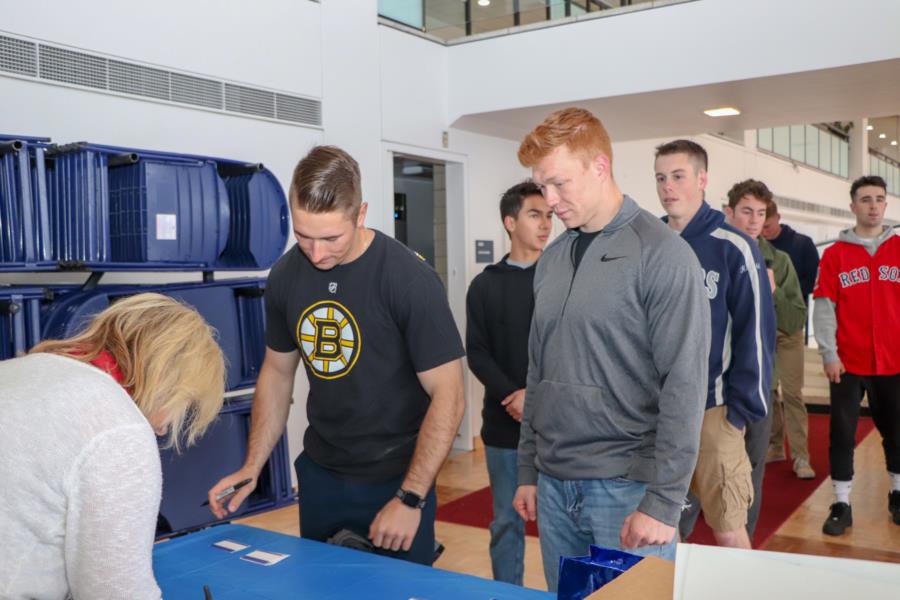 The food this evening was a barbeque dinner catered by Famous Dave's and the dessert served was het Massachusetts' official dessert - the Boston Cream Pie which was generously donated by Carol at Creative Cakes. Famous Dave's was originally chosen because there was a location in Braintree, MA as well as in Colorado so it was a bit of "home". 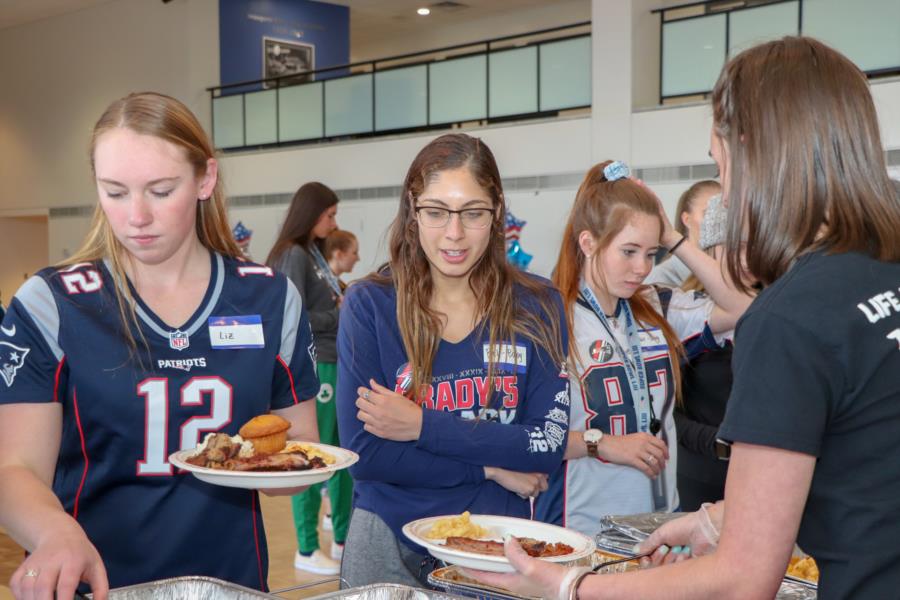 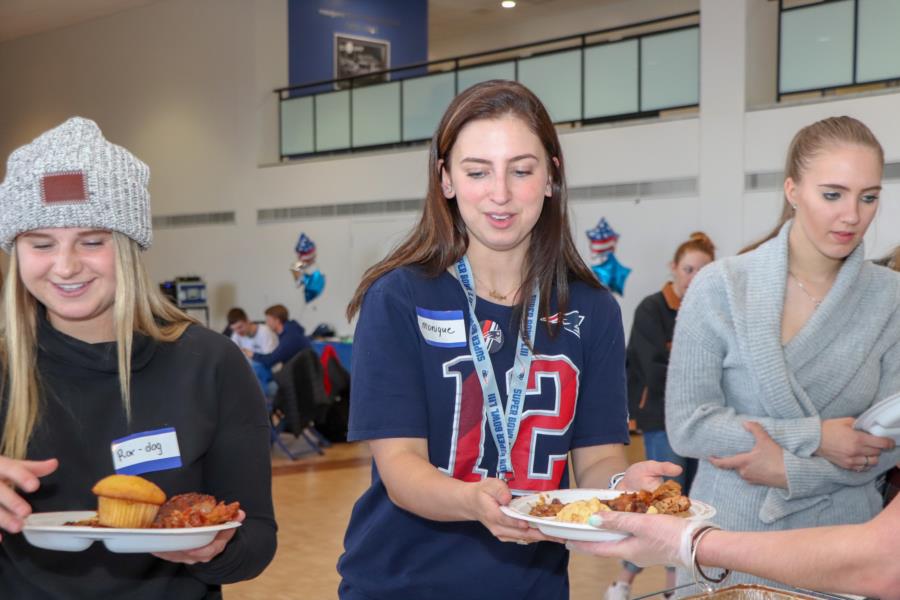 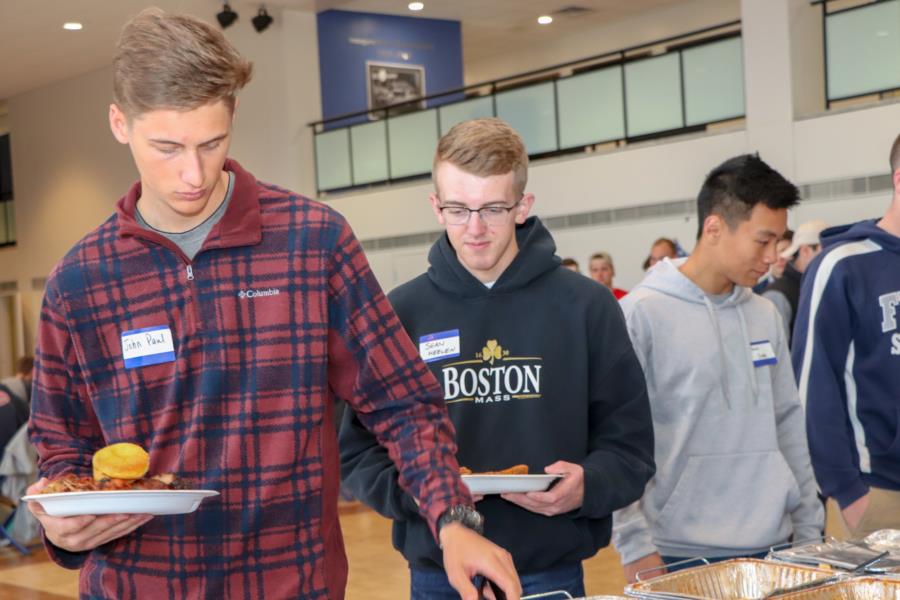 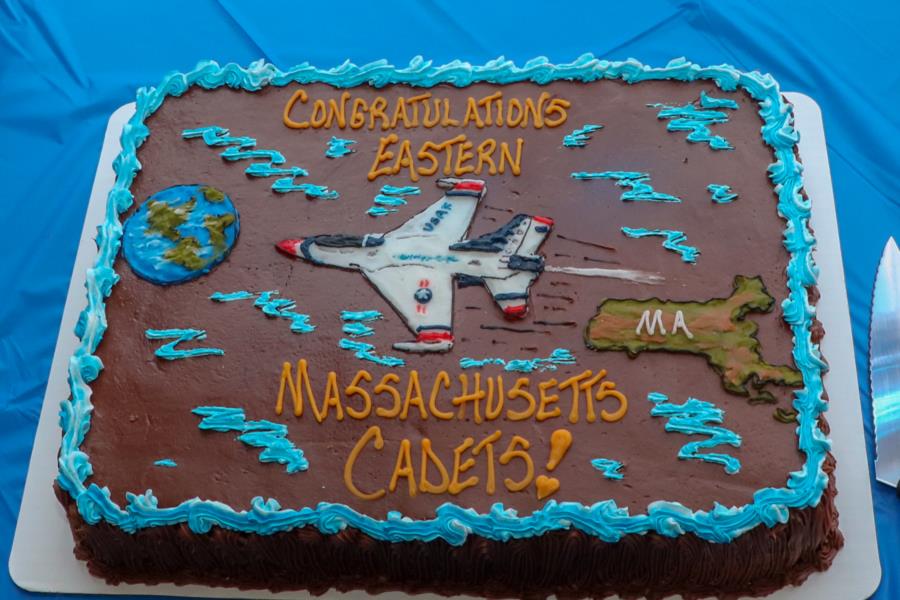 Many of the parents in the club participate by donating gift cards and clothing items that are Massachusetts related (like New England Patriots, Boston Red Sox, Boston Bruins, Boston Celtics, Cape Cod etc. This year 22 families donated items. This way everyone leaves with a nice prize which lets them know how much they appreciate their cadets and the sacrifices that they are making. There were three parents in attendance to help host - Mary Raab (C3C Meaghan Raab) and Jean and Jonathan Smith (C2C Daniel Smith).

Each cadet received a gift bag which included: Cape Cod Chips, Gummy lobsters, saltwater taffy, and a mini Frisbee along with a signed David Price (Boston Red Sox pitcher) picture. The prizes were mostly given away for answering Massachusetts trivia questions correctly. There was a raffle drawing for a Bose Bluetooth speaker. The prizes included gift cards to: AMC Theaters, Amazon, Applebee’s, BJs Brew house, Buffalo Wild Wings, Carrabbas, Chick-fil-A, Chipotle, Landry’s, Panera, Subway, Starbucks, Texas Roadhouse, clothing items (t-shirts, hats, and sweatshirts) lanyards and banners representing the NE Patriots, Boston Red Sox, Boston Bruins, Boston, Black Dog. There were also several autographed hockey pucks which were donated by the Boston Bruins. Most of the donations were from the parents/families of the Eastern MA Families Club however they did get some items donated by The New England Patriots, the Boston Red Sox, and the Boston Bruins. The Boston Cream Pie was generously donated by Carol of Creative Cakes. 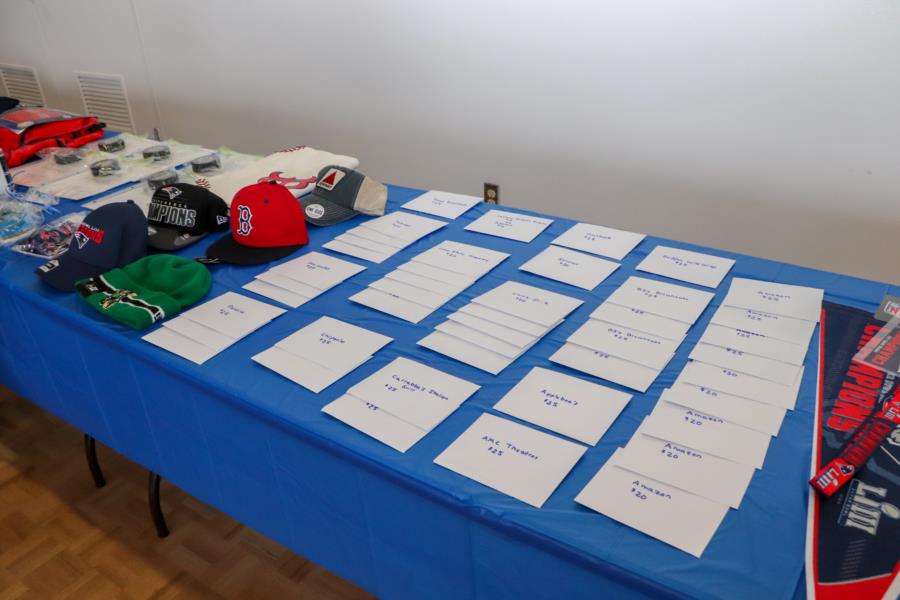 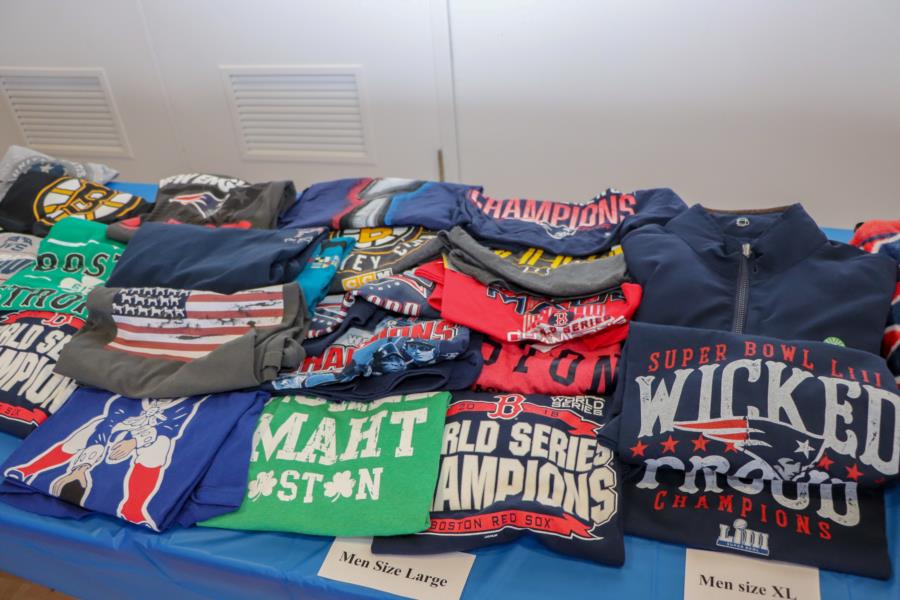 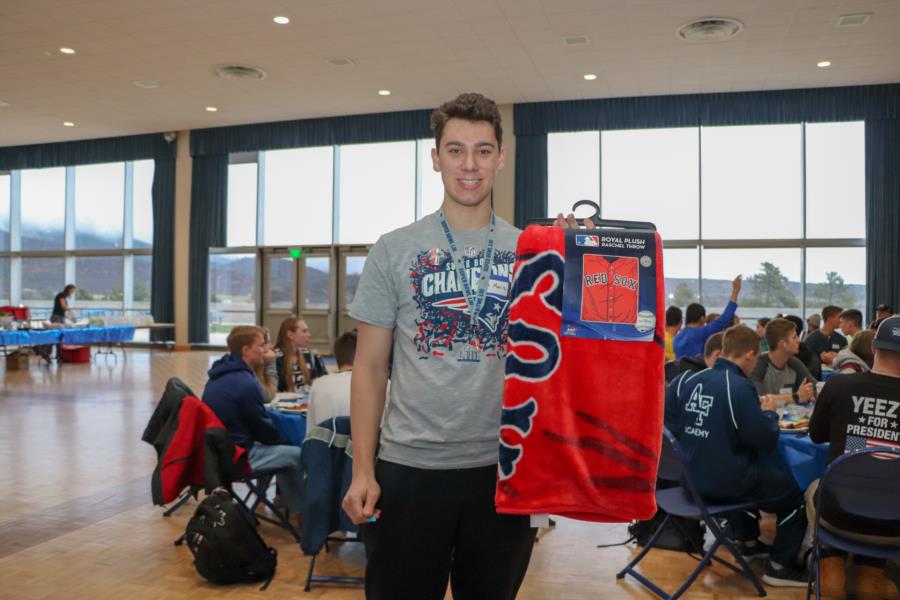 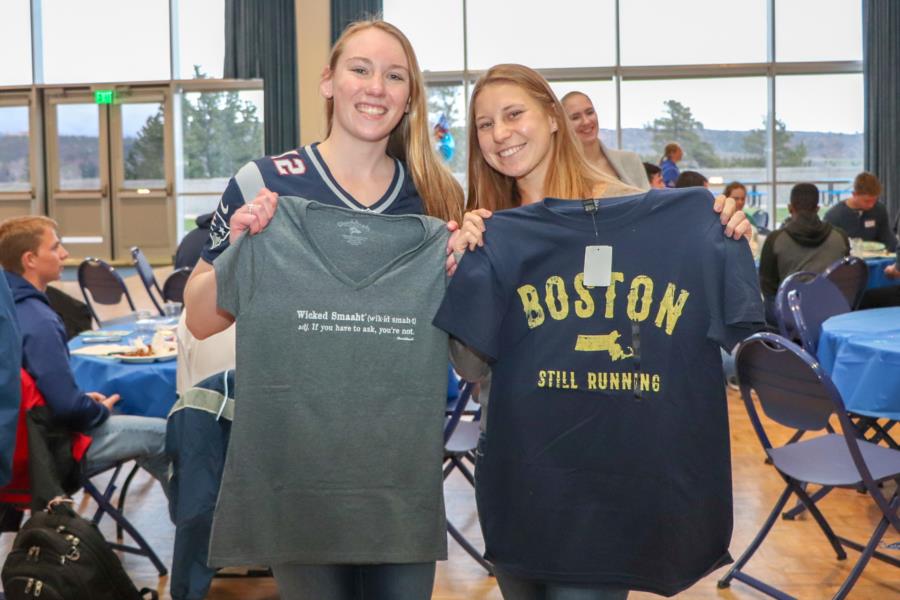 They wanted their cadets to know how proud they all are of them and the choices that they have made to serve our country. They wanted them to know how much they support them all and that they enjoyed this chance to plan a fun evening and to bring a bit of "home" to the East Mass. cadets. 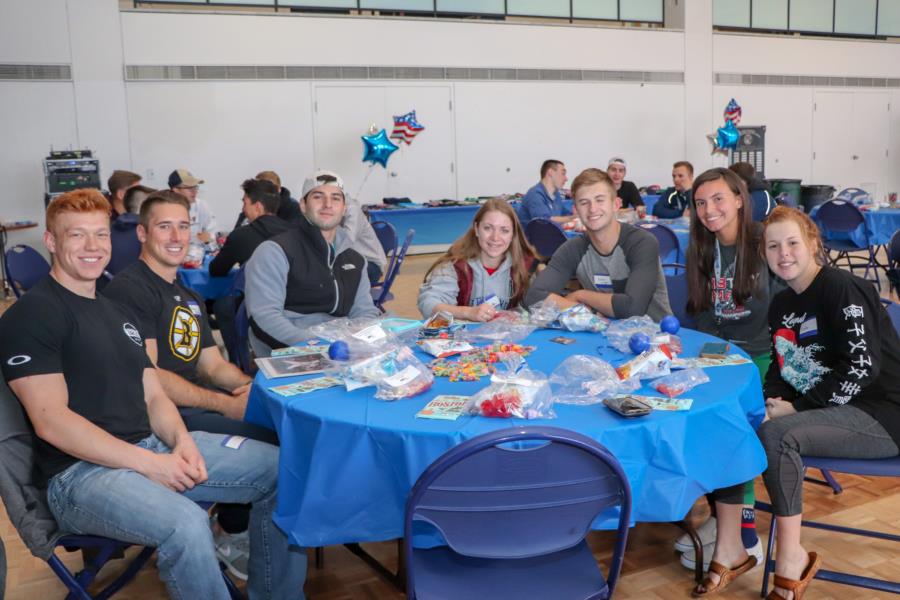 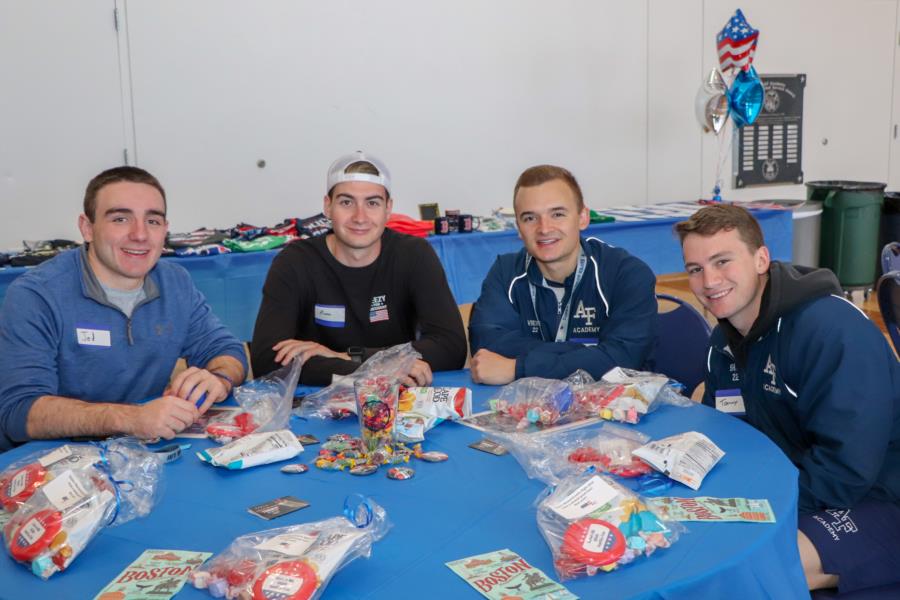 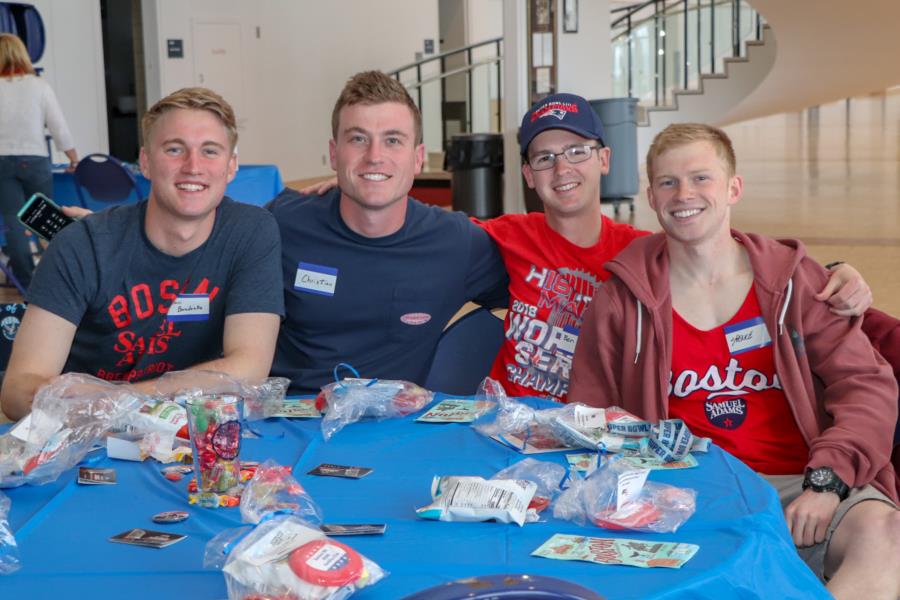 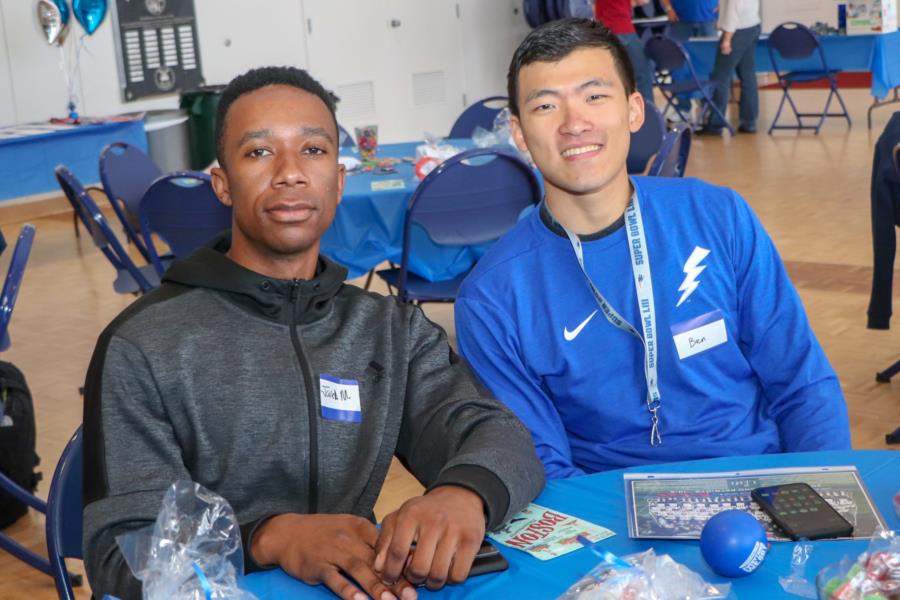 To view the rest of the pictures from this event go to Galleries > Extracurricular > Special Events or click on the link below.