The Class of 2023 committed to the Long Blue Line.

The class motto - “Prepare for Victory.” 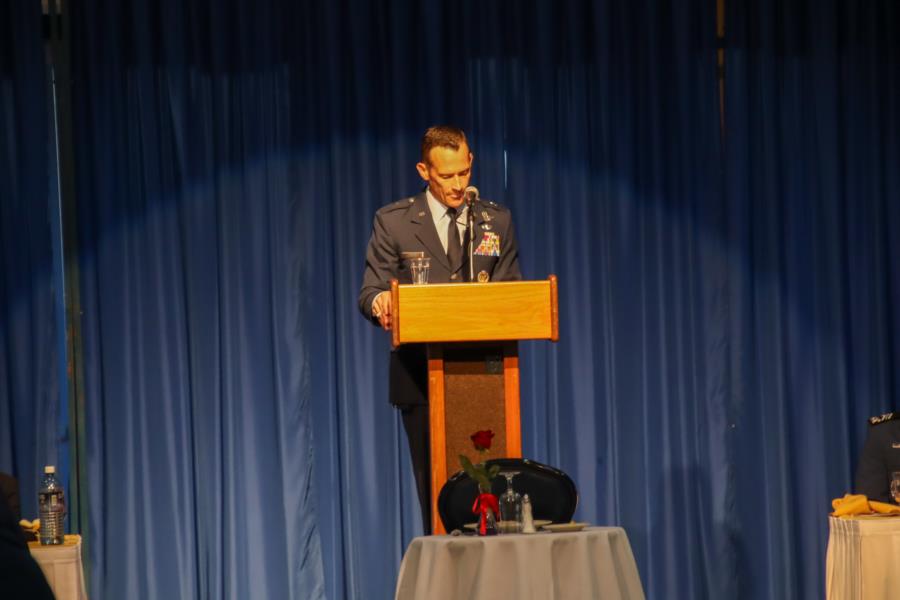 Commitment Dinner for the second class takes place at the start of the fall semester. Once the cadets return to the Academy for their second class year, they incur the financial or active duty "commitment" for their education if they depart the Academy prior to graduation. Members of the Legacy Class (1973) were invited to attend the Commitment dinner to celebrate with the second-class cadets. 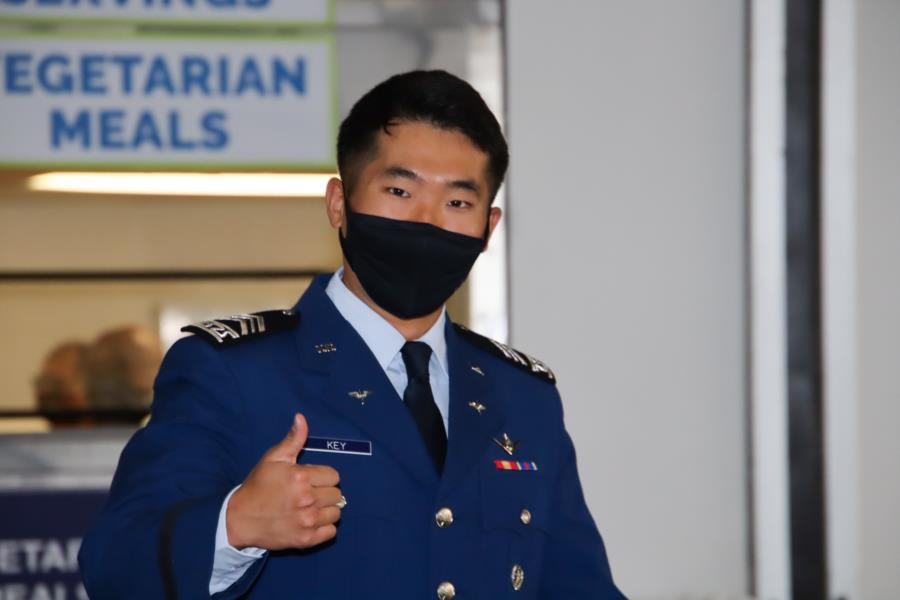 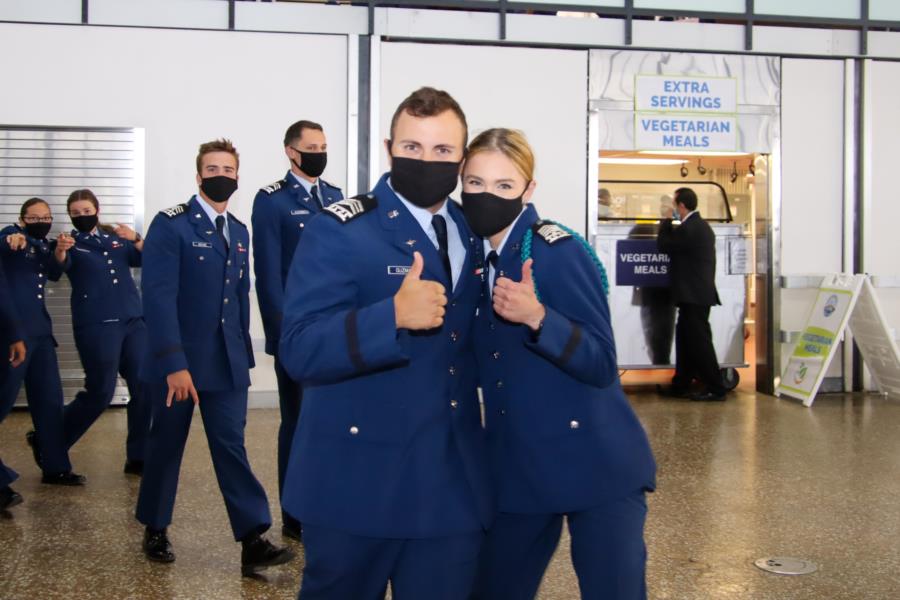 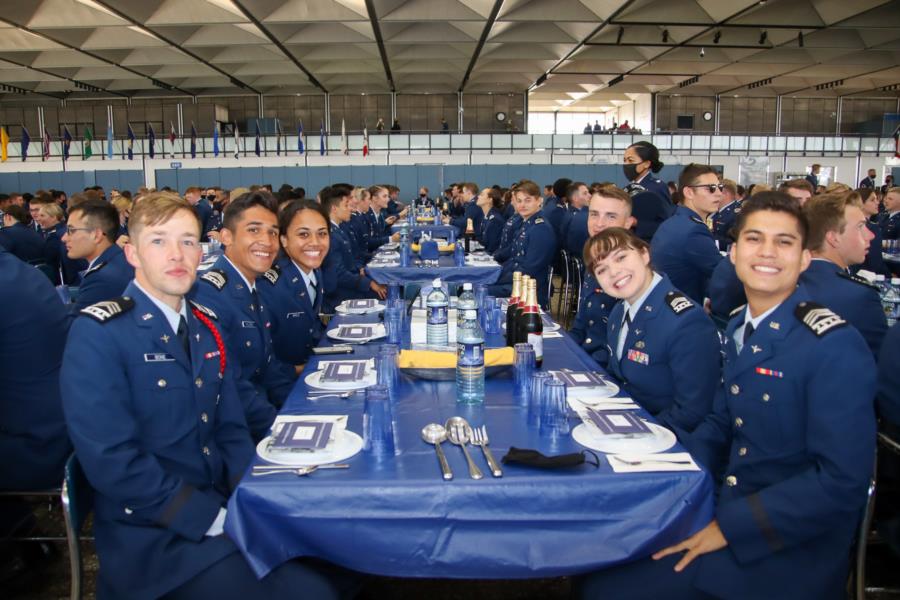 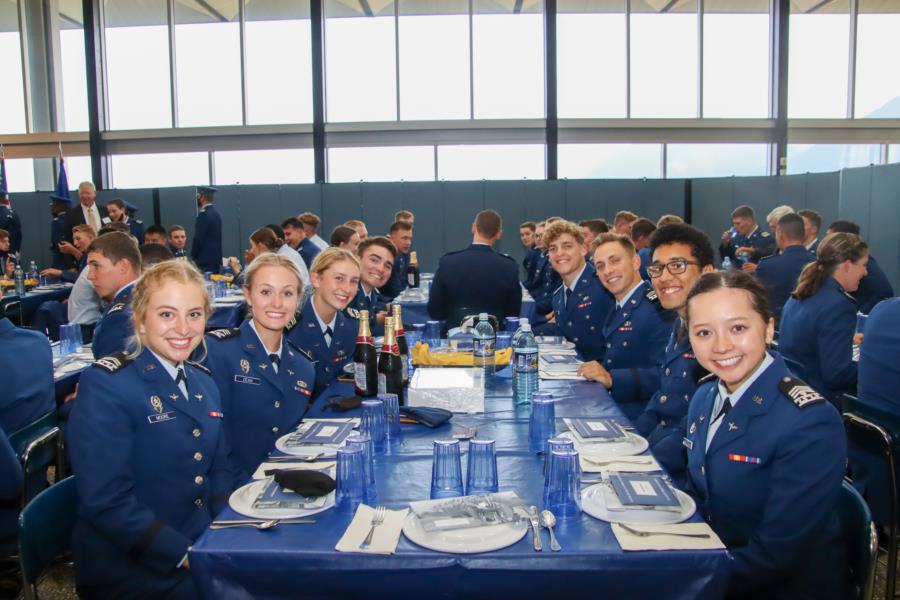 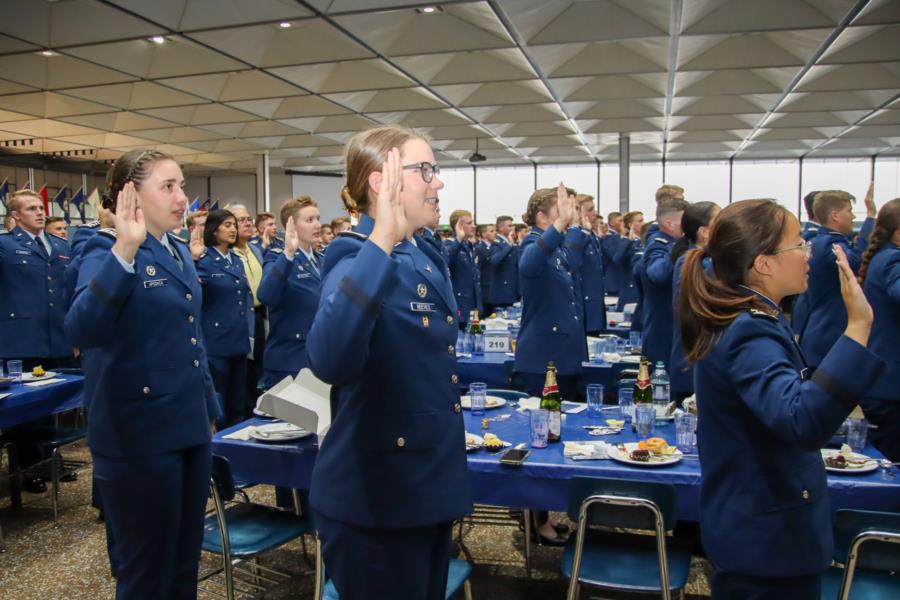 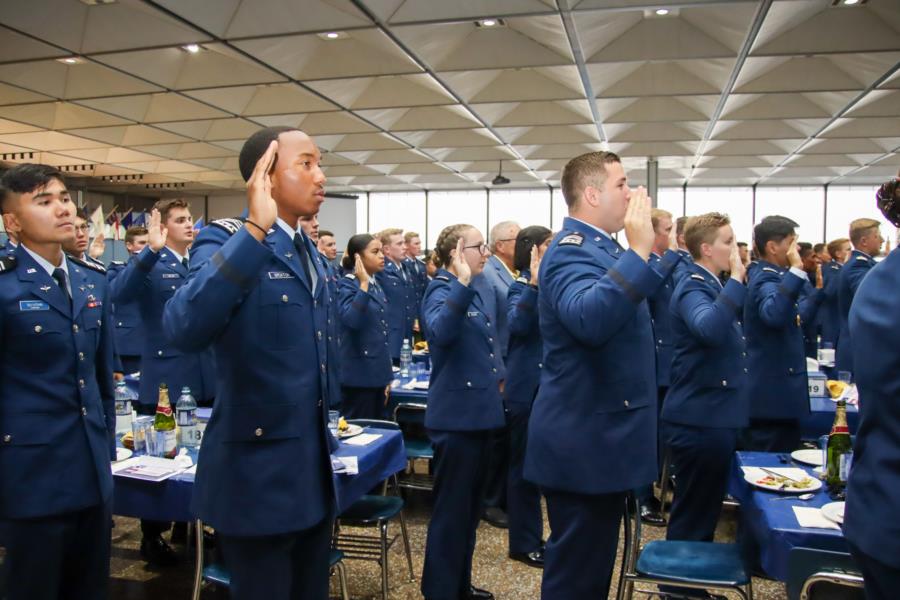 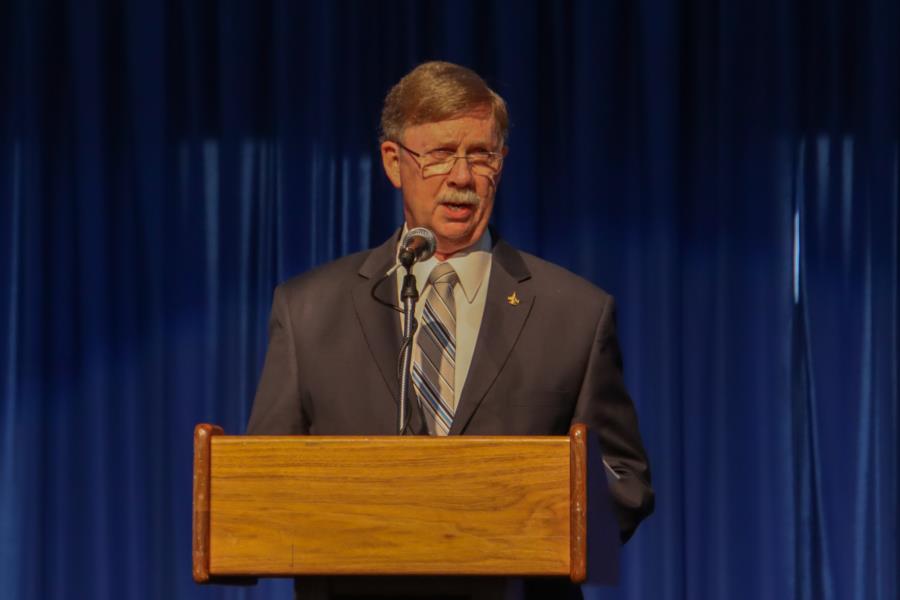 John L. Barry, Maj Gen, USAF (Ret) is the President and CEO of the Wings Over the Rockies Air & Space Museum (WOTR), located in Denver, Colorado since 2017. WOTR is Colorado’s Official Air and Space Museum with two locations and in 2018, WOTR was recognized by CNN as one of the top 20 Aviation Museums in the World and USA Today as one of the top 10 Air and Space Museums in the United States. Mr. Barry served as President and CEO of the Boys and Girls Clubs of Metro Denver (BGCMD) from 2014-2016. He was responsible for 17 standalone and school-based sites serving 2,000 kids each day with 10,000 registered members, 225 full and part-time staff, and a $16 million annual budget. General Barry served as Superintendent of Aurora Public Schools for seven years, from 2006-2013. Before returning to Colorado, he served in the United States Air Force for over 30 years as a combat veteran with 270 hours of combat time, fighter pilot, Fighter Weapons School Graduate, winning team member at the international Air-to-Air William Tell Competition, Military Assistant to the Secretary of Defense, and commander multiple times at the squadron, twice at the group command level and twice at the wing command level. He is also a survivor of the 9/11 attack on the Pentagon while serving as the lead Strategic Planner for the USAF. He retired in 2004 as a Major General, and served his last tour on active duty as Board Member and Executive Director for the Space Shuttle Columbia Accident Investigation. His immediate job for 3 years after the USAF was serving as the Vice President of Defense and Security for SAP, a multi-billion dollar international corporation and leader in industrial software. Mr. Barry is a 1973 Honor Graduate of the United States Air Force Academy, with a double major in International Affairs and Political Science and a Distinguished Graduate of USAF Pilot Training. He received his Masters in Public Administration from Oklahoma University, was a White House Fellow in 1986-1987, attended the Kennedy School of Government at Harvard on a fellowship in 1993-1994, and is a 2004 graduate of the Broad Superintendent Academy. In 2011, John Barry was selected by the Colorado Association of School Executives as the Colorado Superintendent of the Year. In 2013, he was selected as the Communicator of the Year by the Colorado School Public Relations Association. Additionally, John Barry has been recognized as one of the top ten “Tech Savvy Superintendents” in the Nation by School News and also as the Business Person of the Year by the Aurora Chamber of Commerce. In 2021, John Barry was listed as one of the top 100 CEOs in Colorado as part of the Titan 100. Barry has served on numerous boards and organizations nationally and in the Denver-Metro area to include: Board Member and Chairman, Wings Over the Rockies Air & Space Museum; Colorado Cooperation; School Leaders for America; Public Education and Business Coalition; Rose Foundation, Education Committee; Big Brothers/Big Sisters; Junior Achievement; Association of Graduates, USAF Academy. CURRENT: Colorado Forum; Member Council on Foreign Relations; Air Force Historical Society; National Aviation Hall of Fame. Aeronautical Ratings -Military Aeronautical ratings: Command pilot and Parachutes, F-4/F-16 Instructor Pilot, USAF; -Current Civilian Aeronautical ratings: Certified Flight Instructor, Aircraft & Gliders; Commercial Pilot; Instrument Rated; Multi-Engine qualified; Helicopter Certificate; Advanced Ground Instructor; Remote Pilot -Flight hours: More than 5,000 hours, flown 39 different aircraft, including 277 combat hours -Primary Aircraft flown: F-4C/D/E/RF/G, F-16A/B/C/ D, Diamond DA-40, Tecnam P2010, Schweizer 300 and numerous other military and civilian aircraft

To view all of last night’s photos go to Classes > 2023 > Commitment Dinner. or click the link below. If you set your photo sort from OLDEST to NEWEST the photos will be in the order that they were loaded.