On this beautiful Colorado Springs morning we're able to capture the March to Jacks Valley, Commandant's Opening Remarks and the basics setting up camp. The March started up on the Terrazo where the basics got into squadron formation accompanied in the middle by the Air Force Marching Band. Once through the gates they were cheered on by local family and friends. They entered Jacks Valley and formed up to listen to the Commandants opening remarks. After being inspired they broke into groups and began setting up their new homes for the next 10 days. Hopefully they get a good nights rest because they will begin the courses early tomorrow morning. 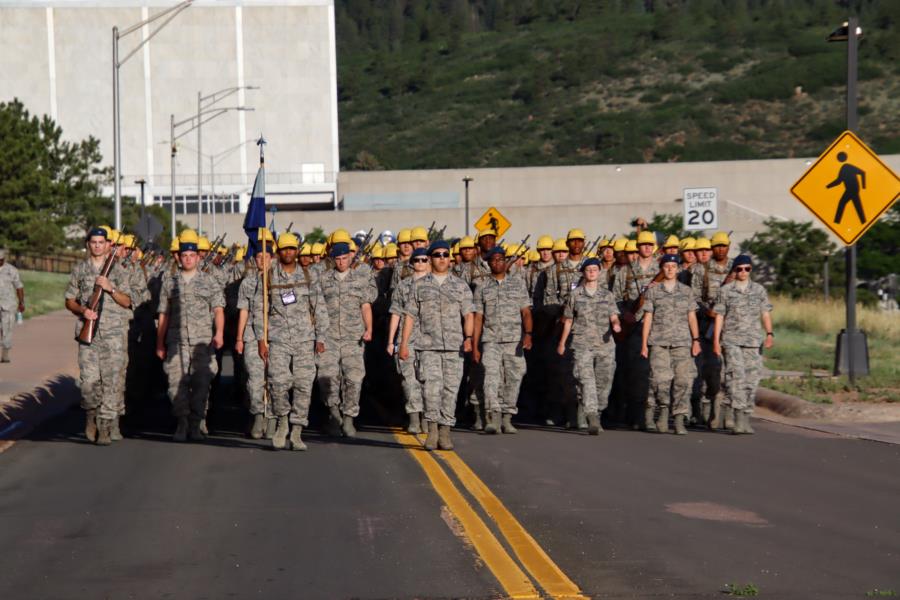 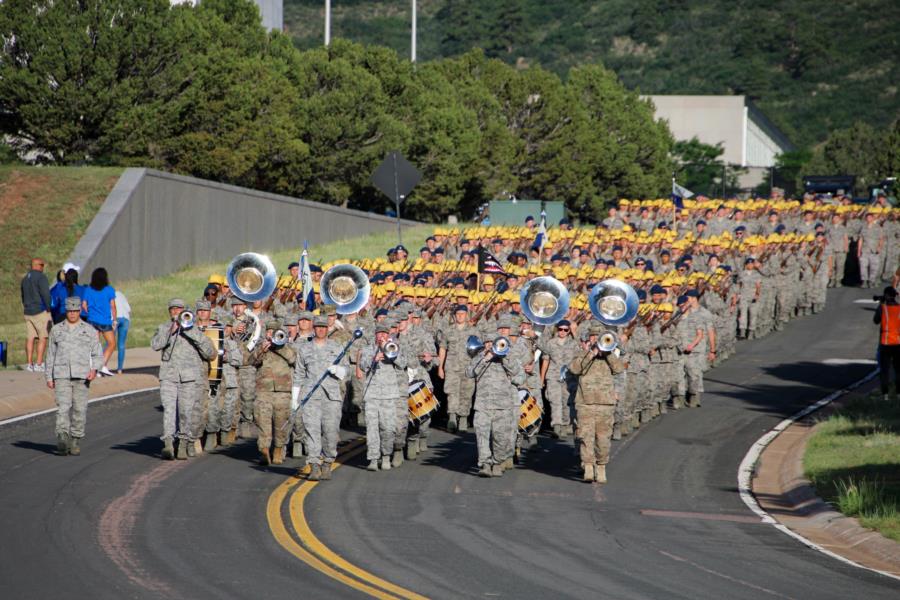 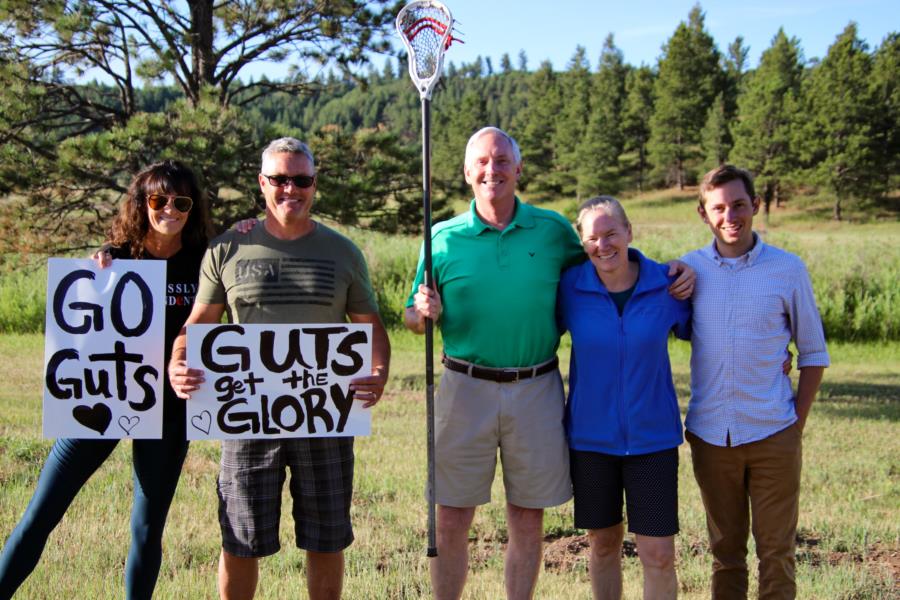 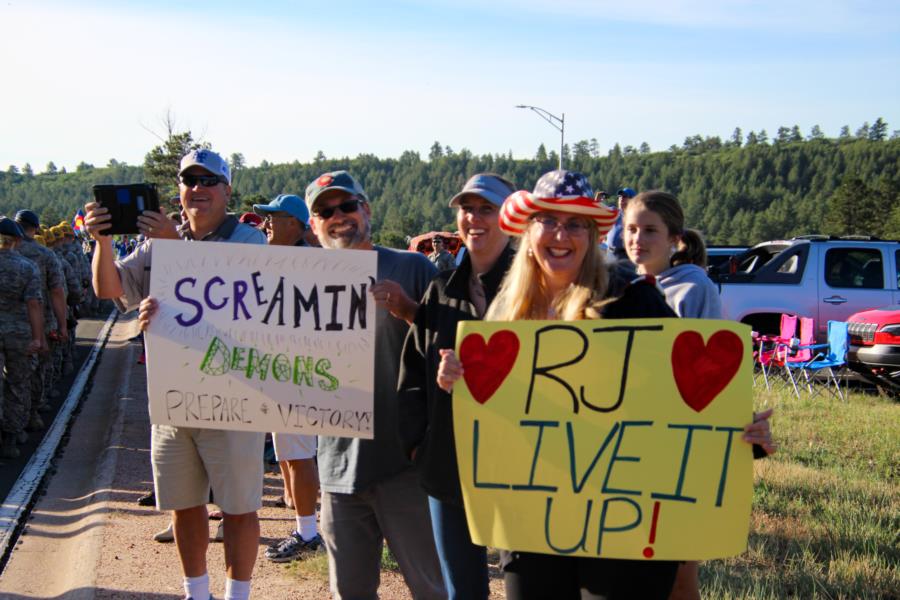 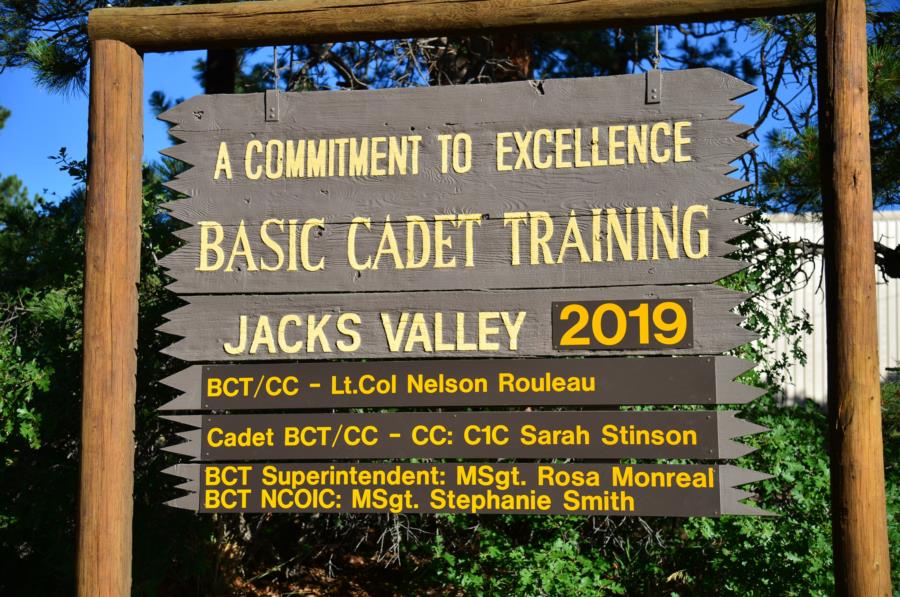 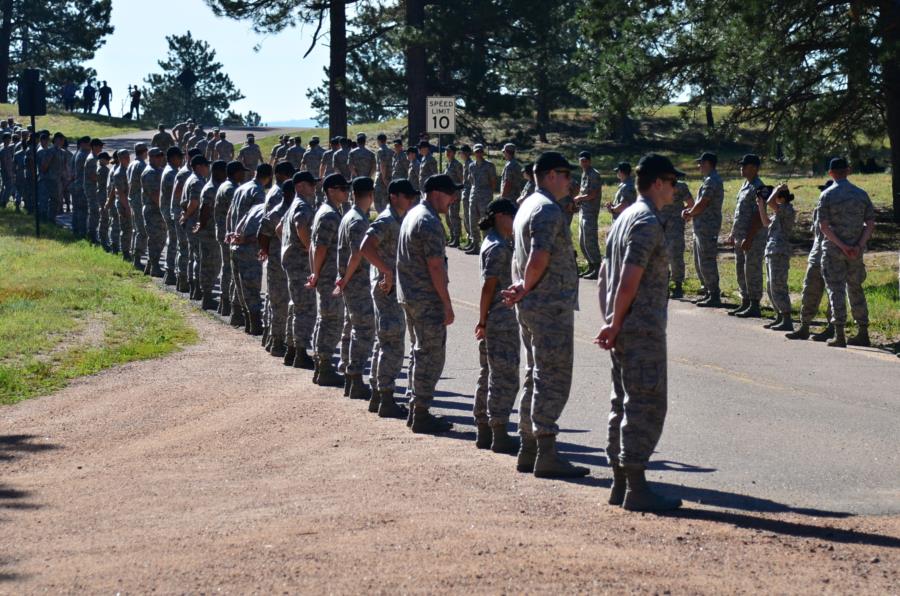 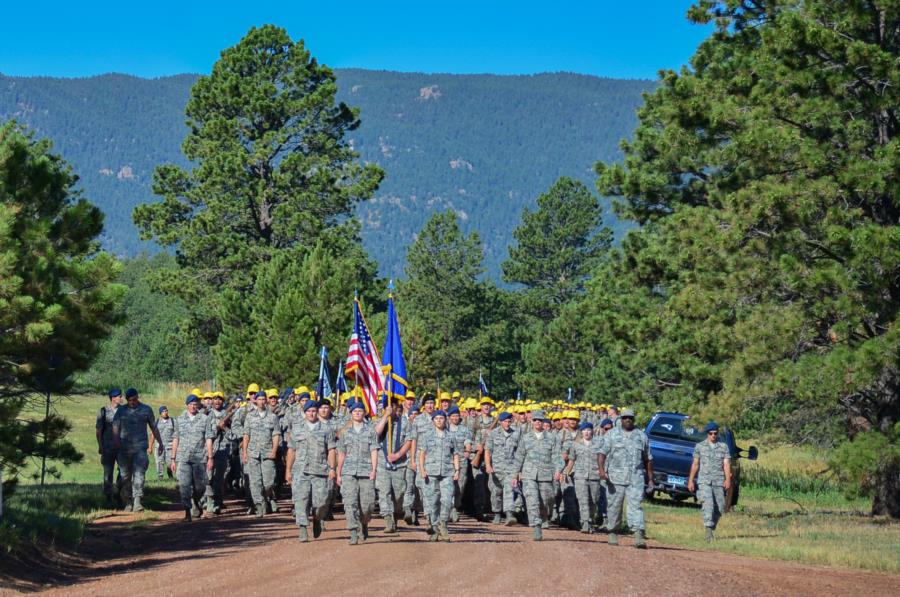 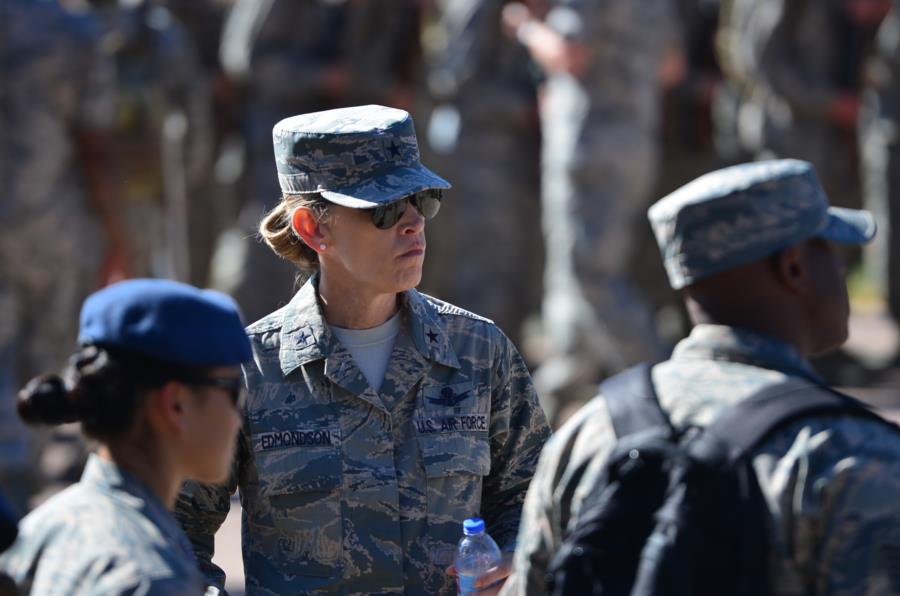 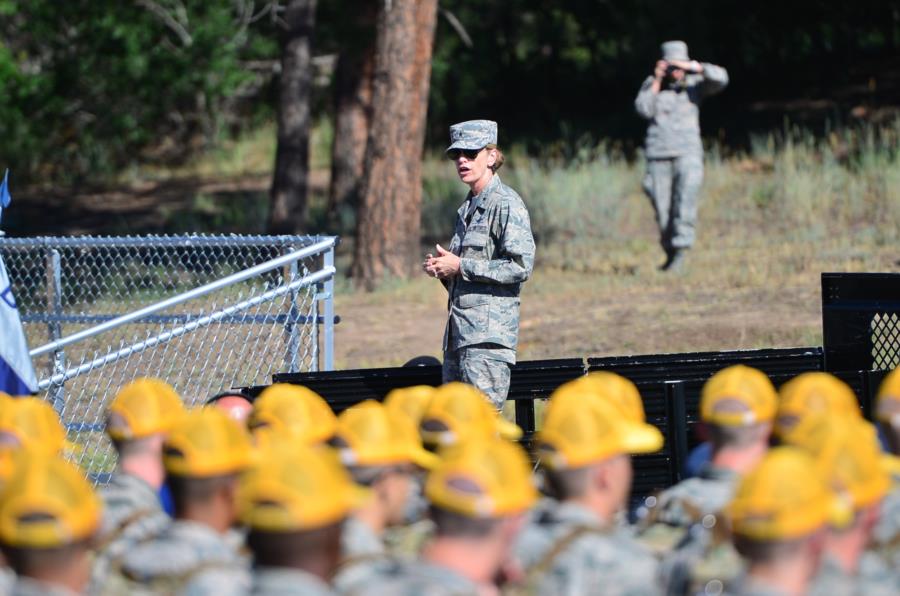 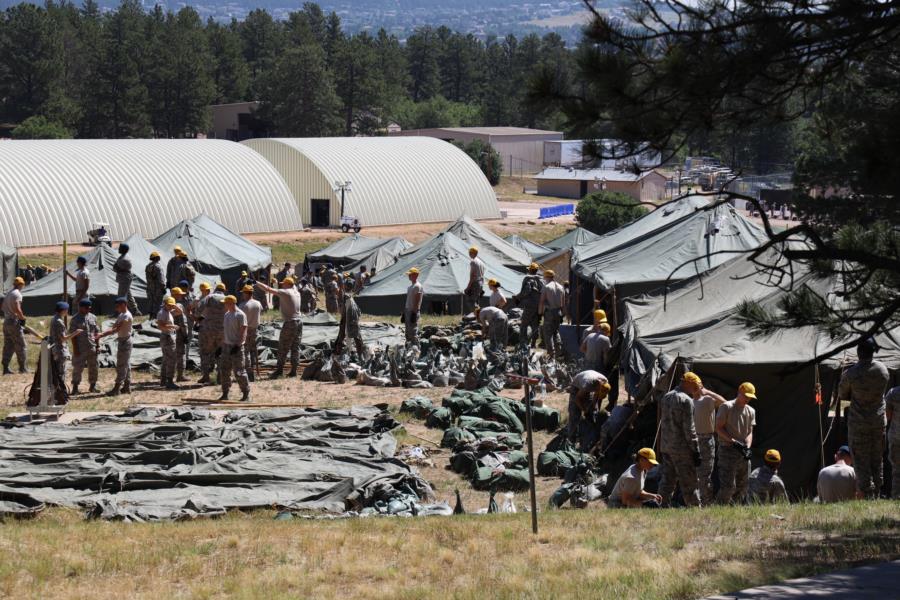