The first class of 1959 chose the falcon as the Air Force Academy mascot after a flight demonstration showcasing the falcons speed, strength, and agility in the air. They decided that this animal perfectly represented everything we strive for as an Air Force, and the Academy has maintained performing mascots ever since.

In addition to demonstrations, the Falconry team attends many community outreach and educational events to share falconry and the Academy with the public, reaching tens of thousands of people every year.

Did you know that Falcons eyesight is 10x sharper than ours, and female Falcons are larger in size than their male counterparts. 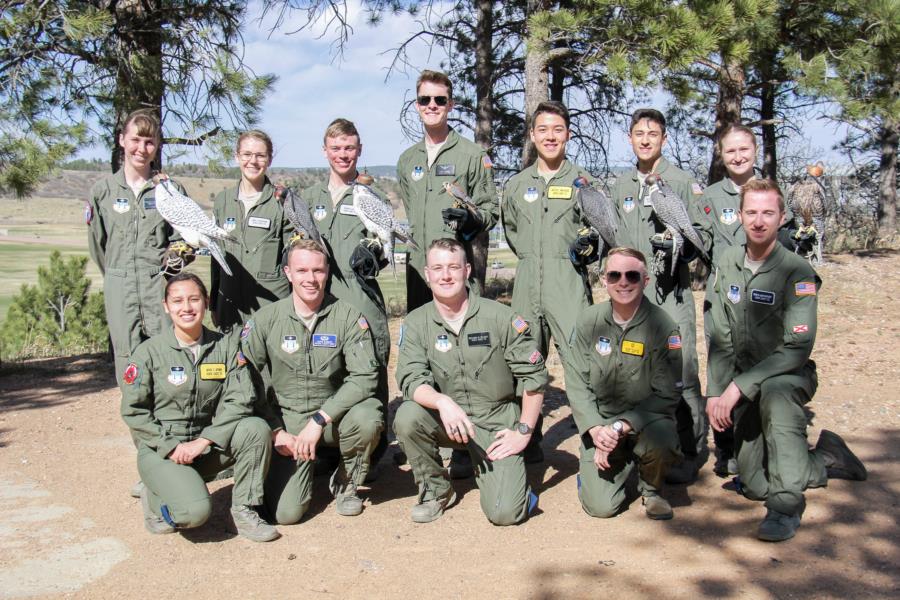 During our visit we caught 12 of the Cadets currently on the Falconry Team.

Each year in the Spring semester four 4th Class Cadets are selected after Recognition through an interviewing process to be the newest members of the team. 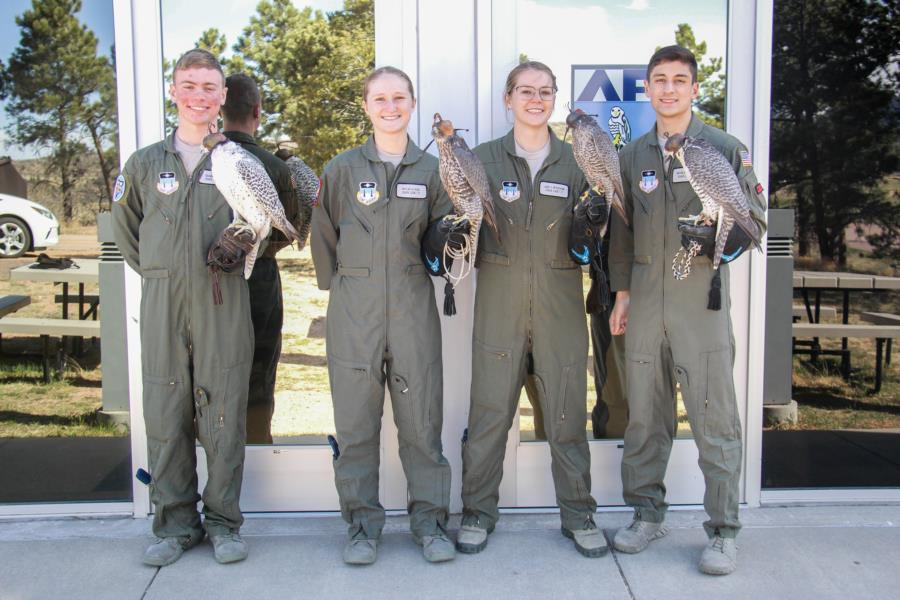 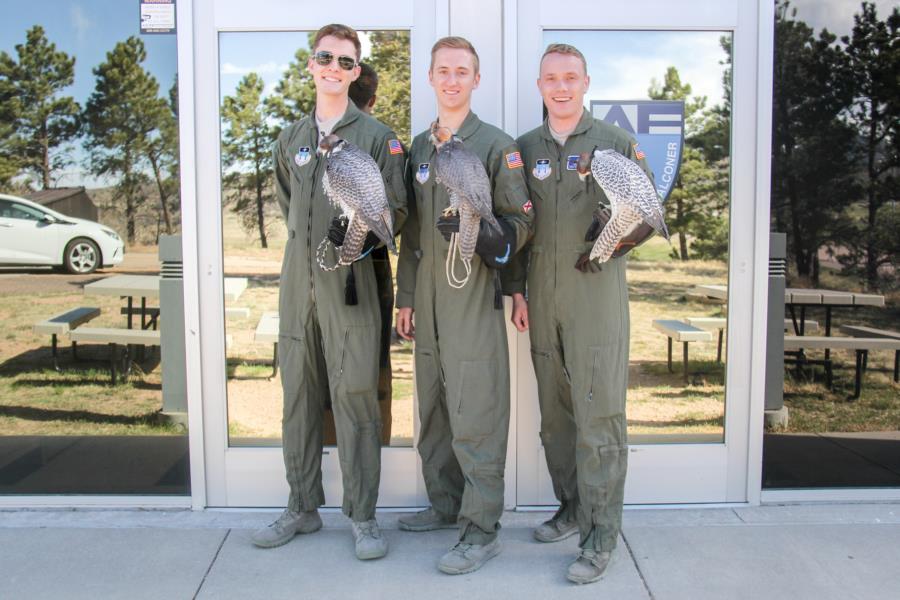 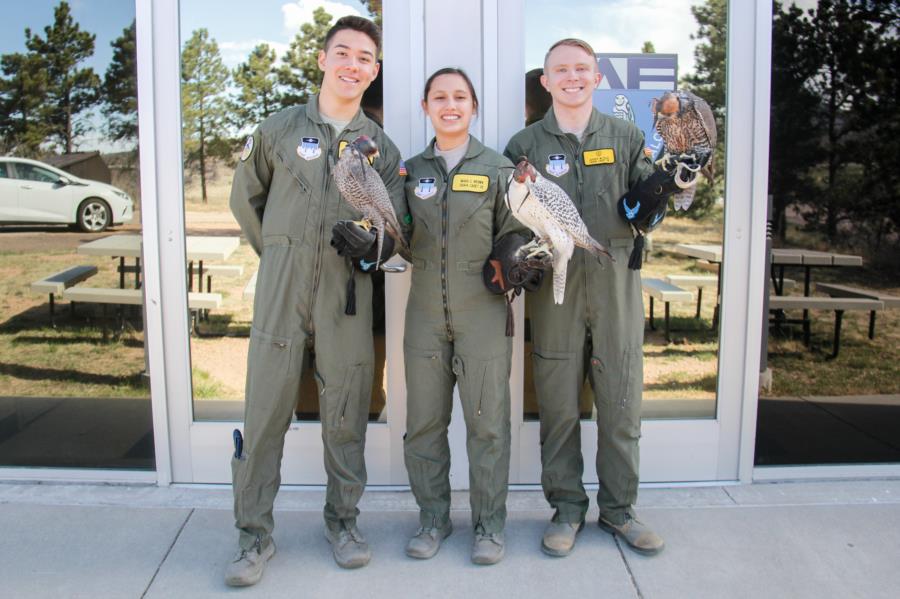 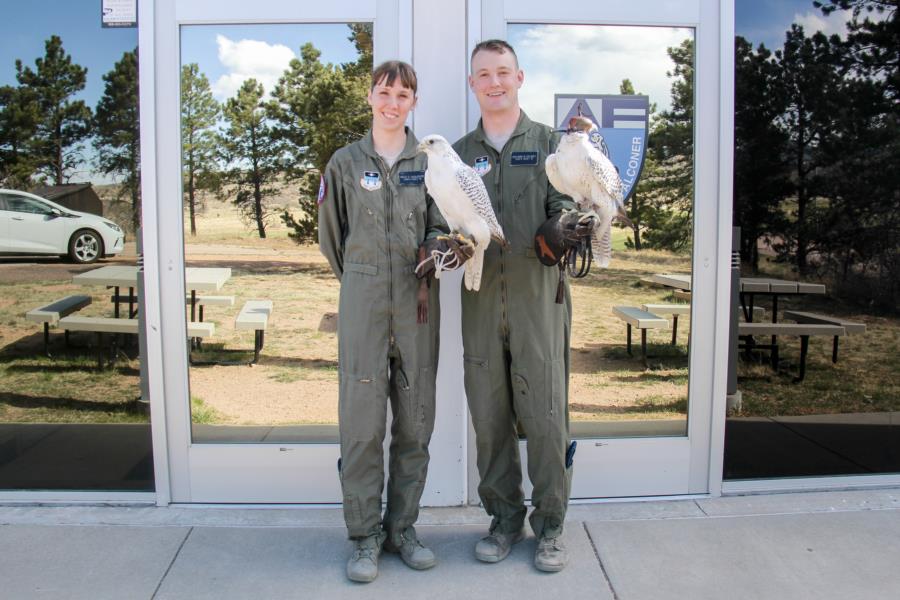 The Falconry Team currently has 4 demonstration and 5 presentation birds of varying species to represent the wide varieties and abilities of falcons.

The demonstration birds are:

Gyrfalcons are the largest species of falcon in the world, so all of our flyers are big enough to be seen in the furthest reaches of the stadium. Saker falcons lend a unique flight style, and peregrine falcons are the fastest animal in the world and lend some of that speed to our birds here.

The presentation birds are:

Cairo, a 9 year old Anatum Peregrine falcon who is brand new to the team from a falconer in Idaho; Artemis, a 1 year old Merlin falcon is a Colorado native and was given to us by a raptor rehabilitation center; Oblio, a 14 year old Tundra Peregrine falcon was also donated to the team and has been living comfortably with us for the last 5 years; Zeus, a 1 year old American Kestrel falcon is the smallest species of falcon in North America and weighs just under 4 oz; last but not least is our official mascot, Aurora, a 21 year old White Gyrfalcon who is currently the oldest bird we have, exceeding her expected lifespan by 10 years and still going strong! 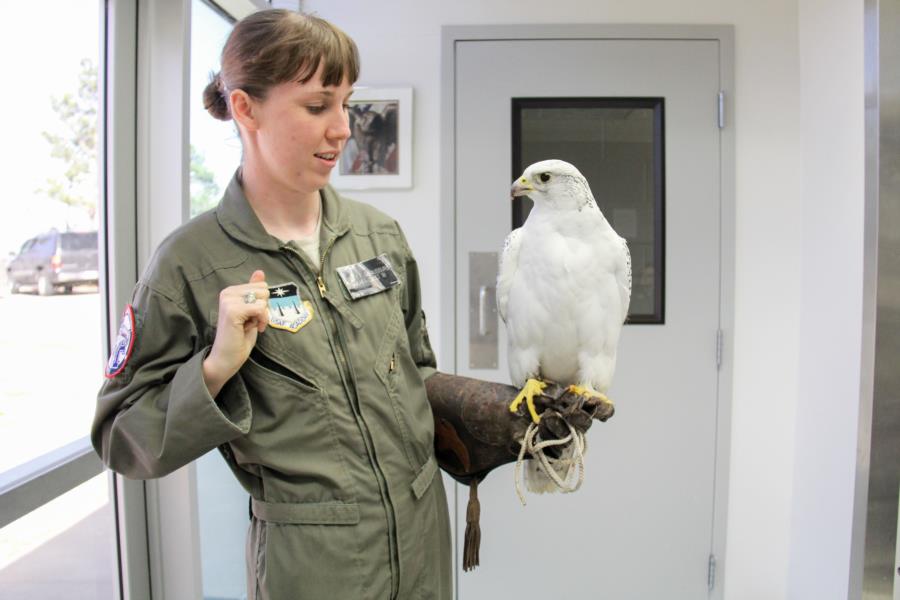 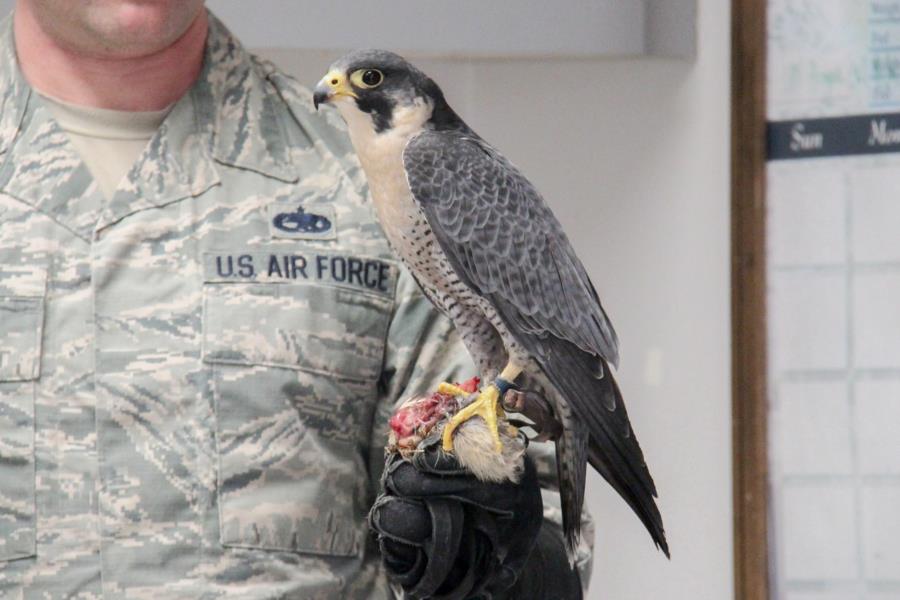 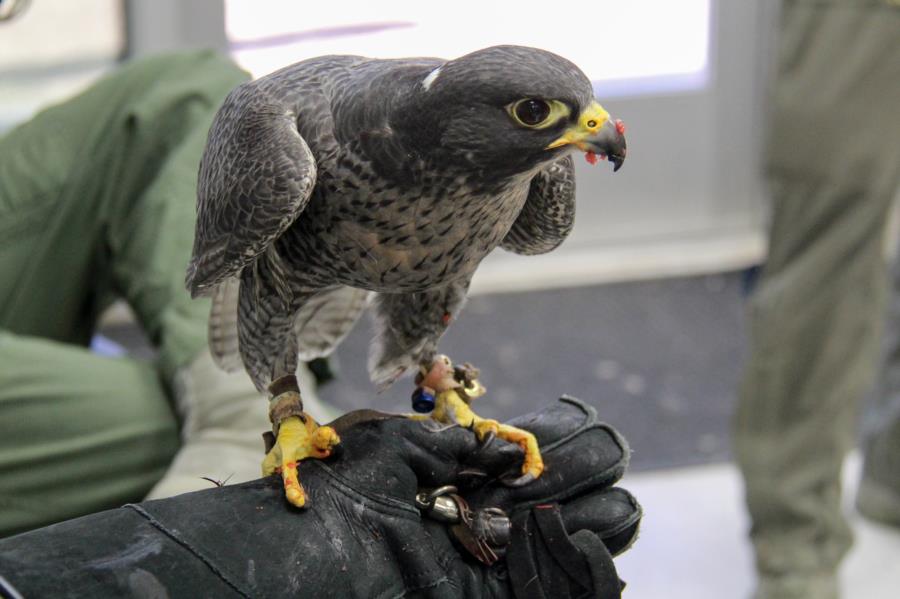 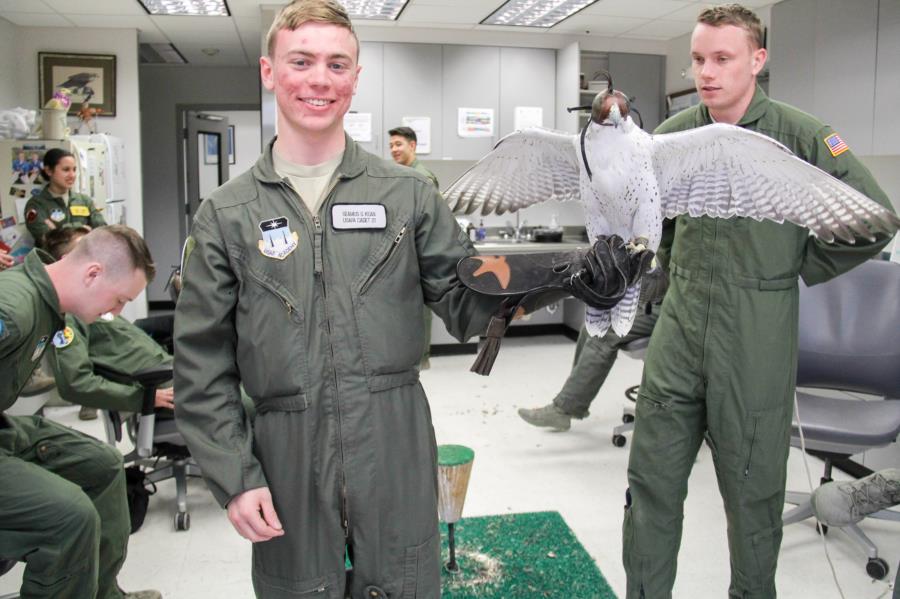 To celebrate Earth Day, we also caught a glimpse of the the team and their Falcons at Garden of the Gods where the Cadets got to interact with folks in the visitors center and teach them about the Falcons they work with. 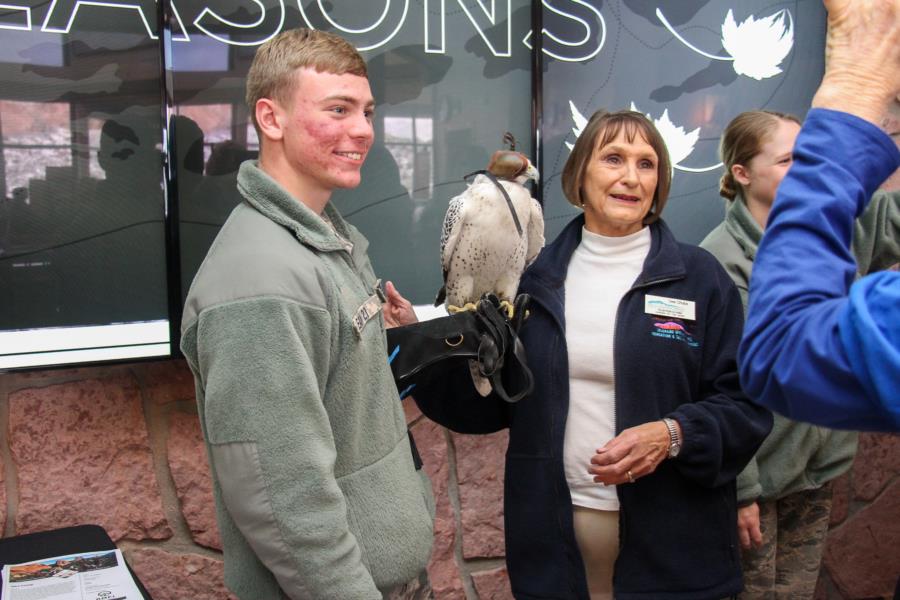 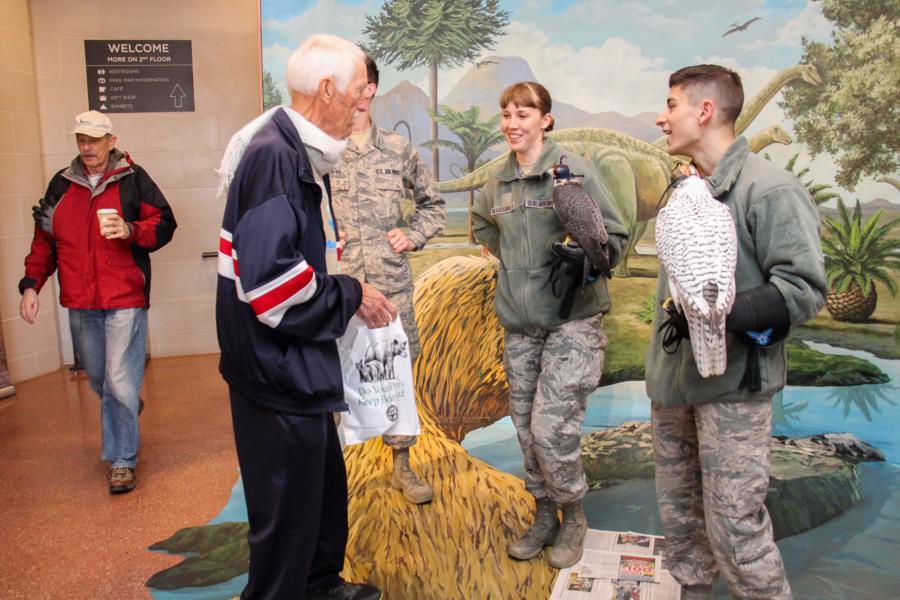 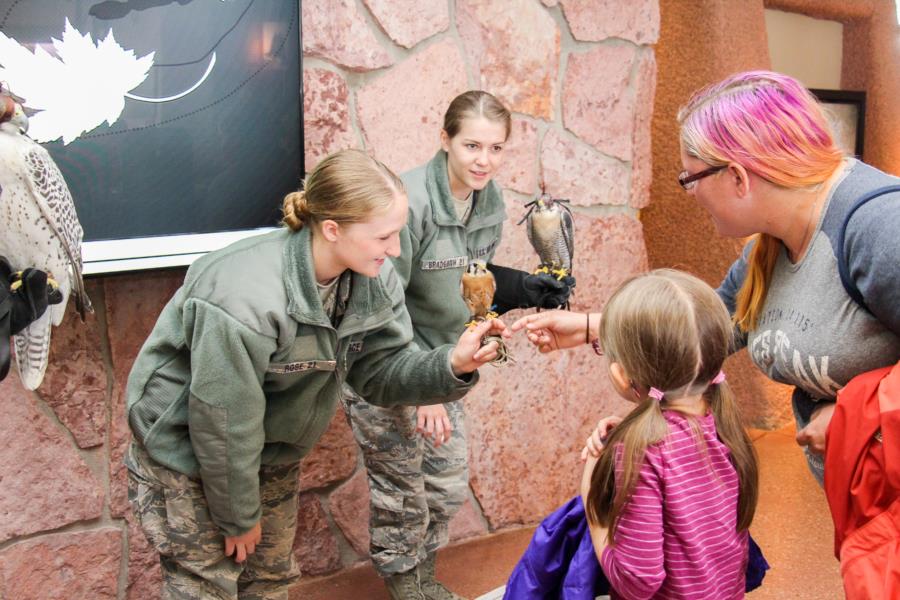 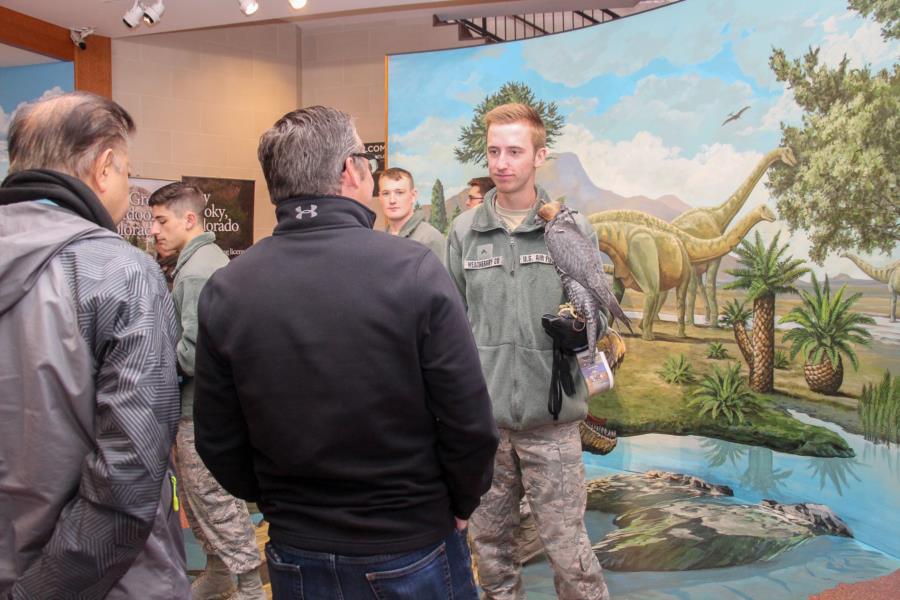 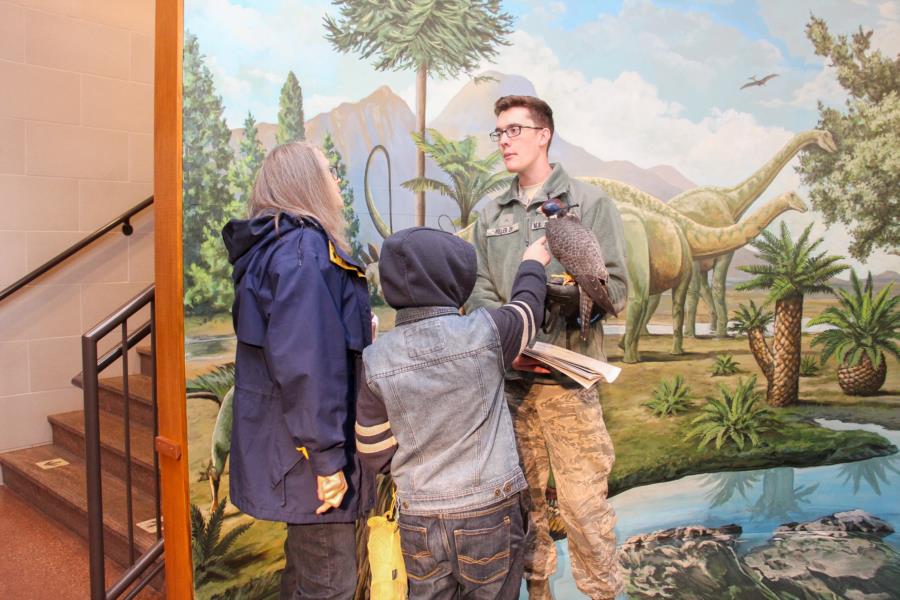 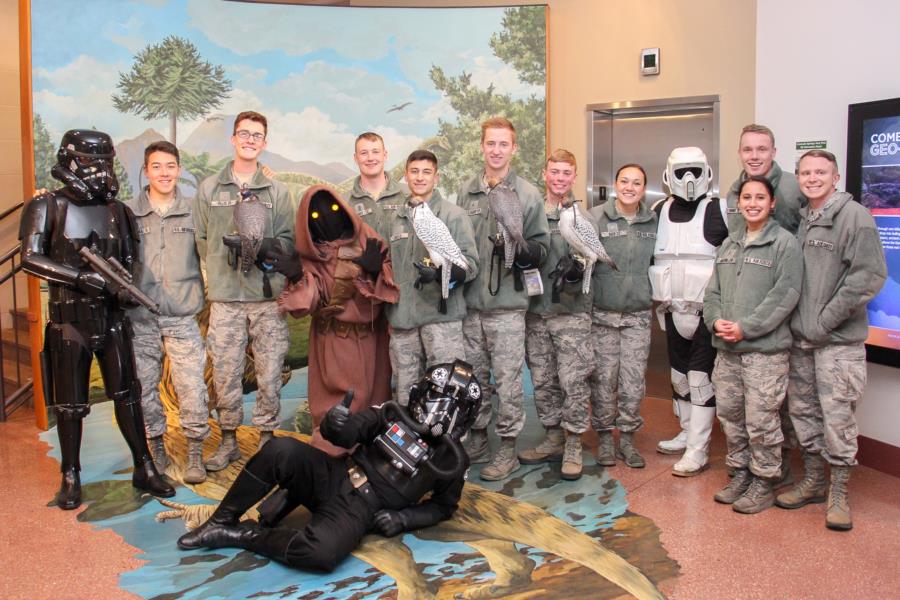 If you have any questions or are looking to host an event and want the falcons there, you can contact the team at falconry@usafa.edu or follow them on Instagram! @usafafalconry

To view the rest of the pictures from our glimpse into their practice go to Galleries - Extracurricular - Cadet Clubs. Or click the link below.

To view the rest of the pictures from our glimpse into their visit at Garden of the Gods go to Galleries - Public Gallery. Or click the link below.

Falconry Team at Garden of the Gods