This Past Week in Recap

We didn't mean to be so quiet these last few days but with all of the coverage comes a lot of editing time. We thank you for your patience in our getting all of these events up!

The Cadet Commanders’ Leadership Enrichment Seminar (CLES) is a leadership development workshop hosted by the Department of Behavioral Sciences and Leadership (DFBL) in partnership with the Center for Character and Leadership Development (CCLD).  During the seminar, a multiple mission partner team of leadership coaches, mentors, and experts from throughout USAFA prepare 150 cadet commanders and intercollegiate team captains per year to lead change in the Cadet Wing by achieving their unit goals.  Cadets arrive to CLES with a desired goal, and then work with their cadet peers and a team of experts to evolve their goal into a specific action plan after considering issues of planning, communication, motivation, and feedback.  DFBL has hosted CLES each Fall, Spring and Summer semester since 1983 with the generous support of the United States Air Force Academy (USAFA) Association of Graduates (AOG).

With Polaris Hall finished and ready to use the Cadets now have all of their CCLD program seminars here, the top 47 Cadets each semester will meet with each other and discuss their goals for the future while they are in the positions they have at the Academy and what they can do to improve. 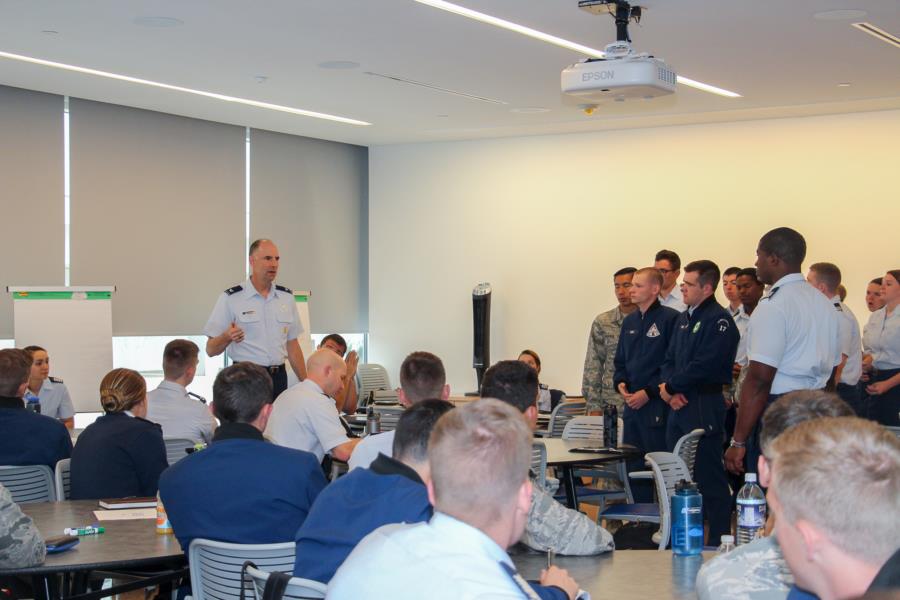 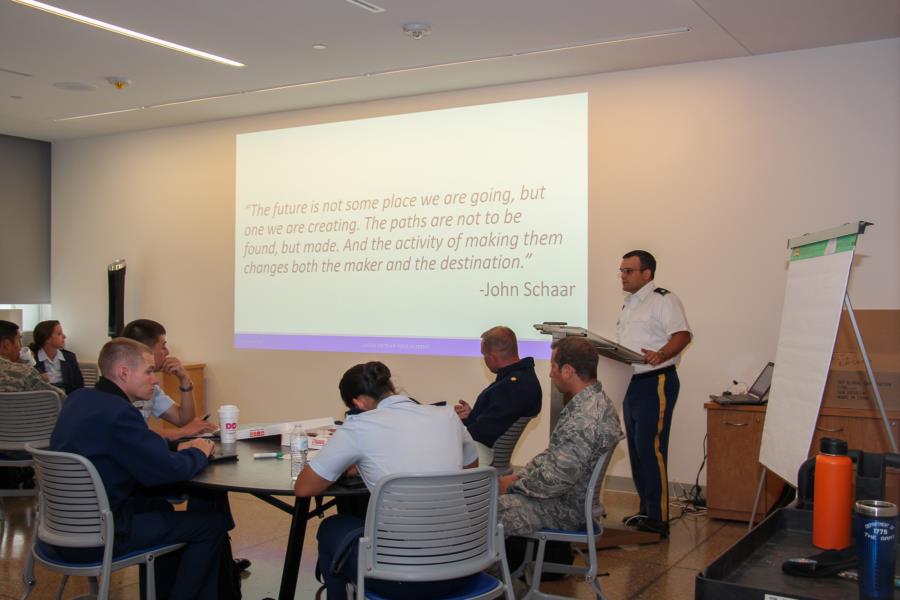 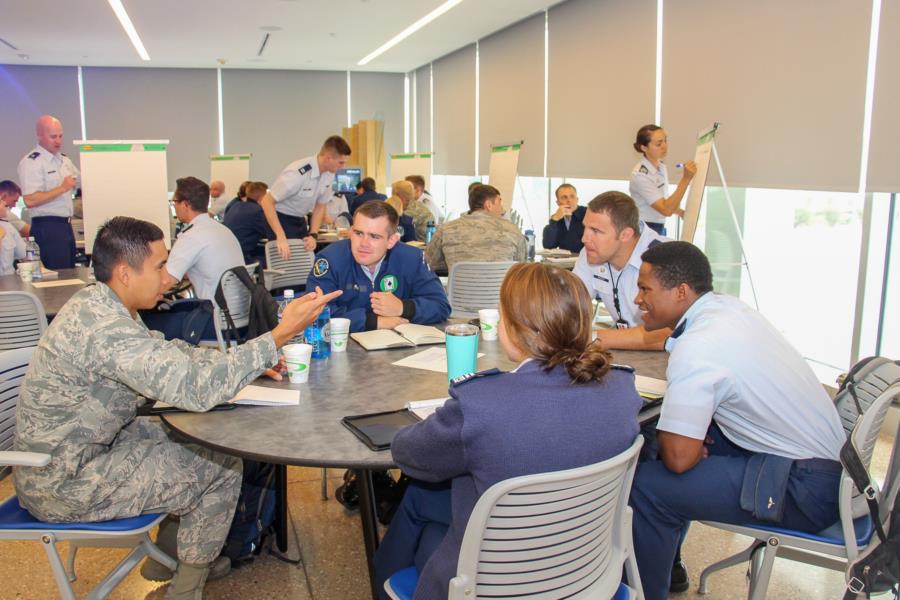 Last week the Academy had many things going on, as you remember we got coverage of the AFT two weeks ago and last week was the Fall PFT. The PFT has 5 stations;

As a cadet at the United States Air Force Academy, they will take physical fitness tests each semester to measure their overall strength and conditioning. Proficiency is required in both the Physical Fitness Test (PFT) and the Aerobic Fitness Test (AFT). Cadets are required to take both the AFT and PFT each semester of their cadet career.

Those members of the cadet wing who achieve the maximum point total on either the PFT or AFT belong to the prestigious 500 Club. Those few cadets who maximize their scores on both of these belong to the exclusive 1000 Club.

Since we covered the AFT the previous week, we did not cover the run portion of this PFT if any of you are wondering as you scroll through our coverage. 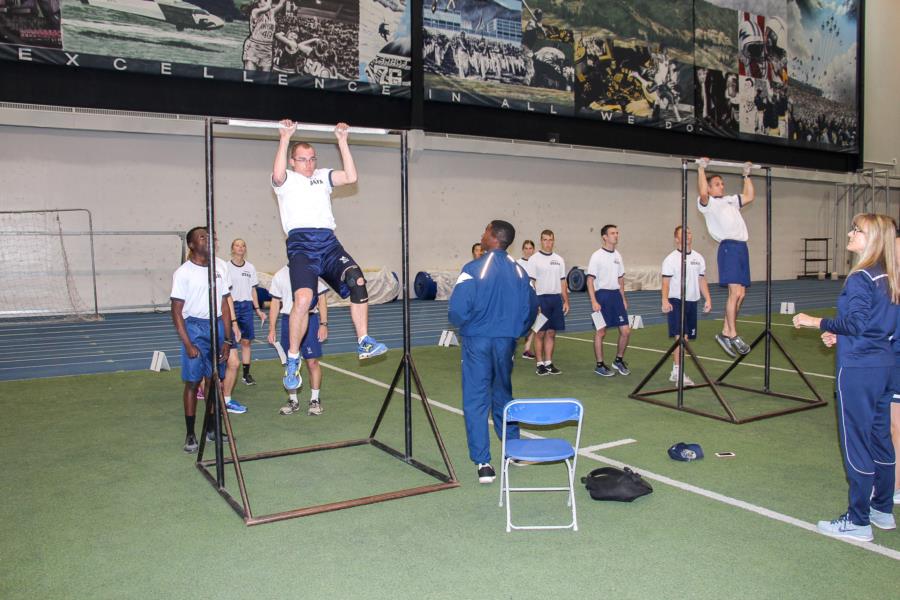 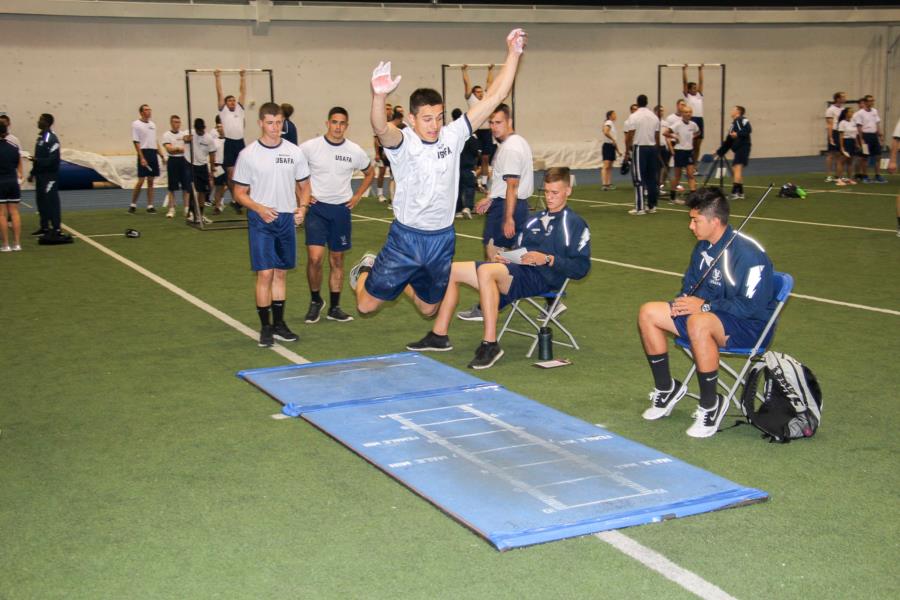 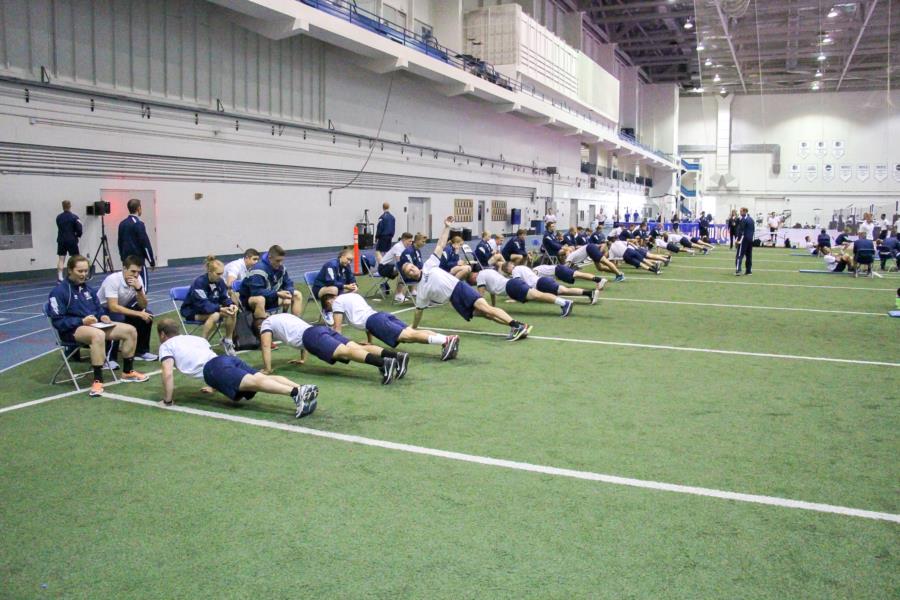 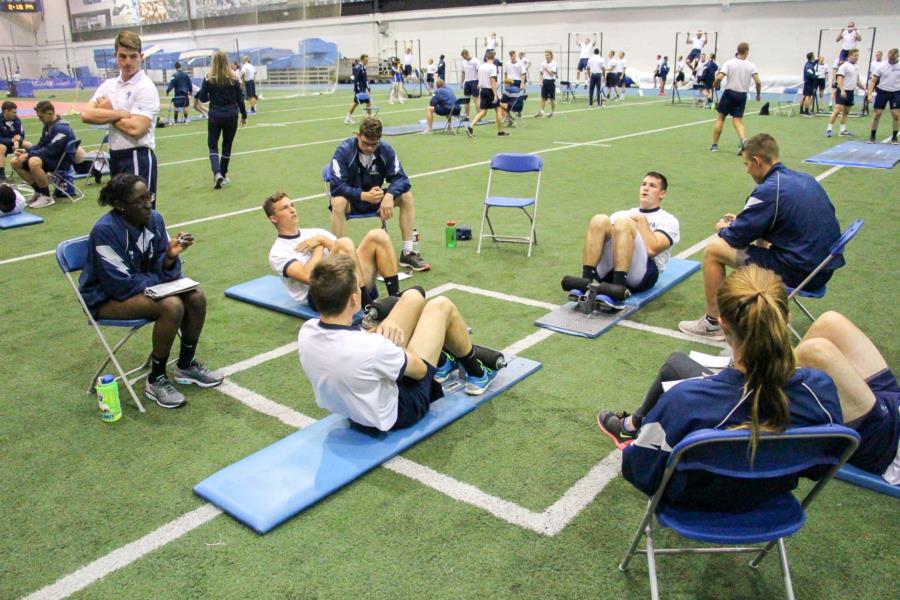 To view the rest of the Fall PFT pictures go to; Galleries - Military Training - PFT/AFT. Or click the link below.

The 1st Go of Intramurals is currently underway and we were able to stop by both on an M and T Day to catch Cadets playing Soccer and Ultimate Frisbee.

At the beginning of October they will have the Intramural Championship for this Go so be sure to check back for our coverage of the Championship round! 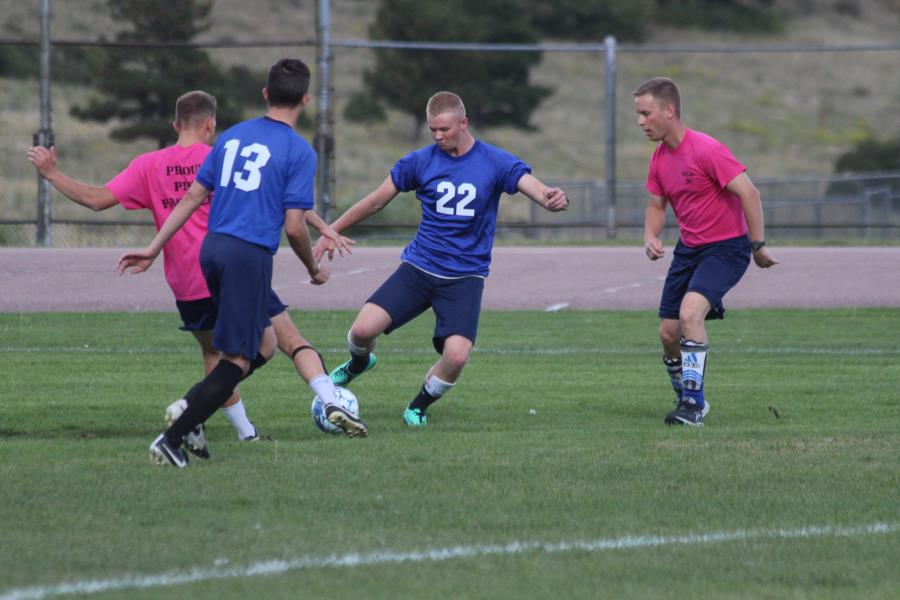 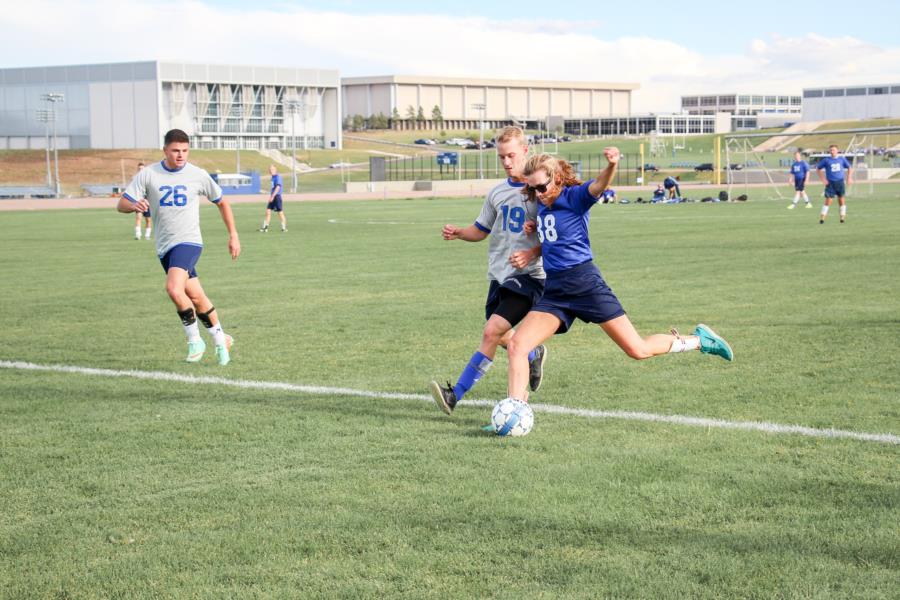 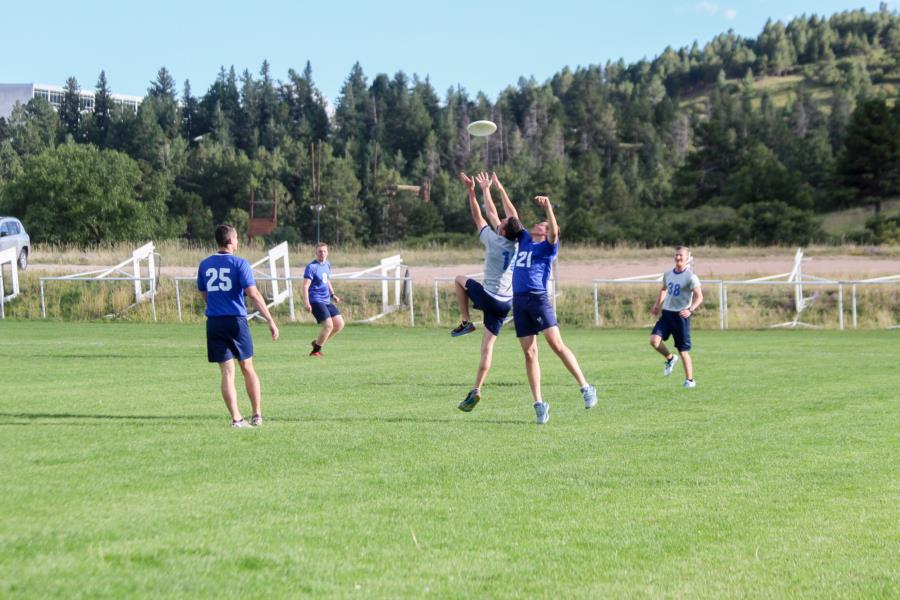 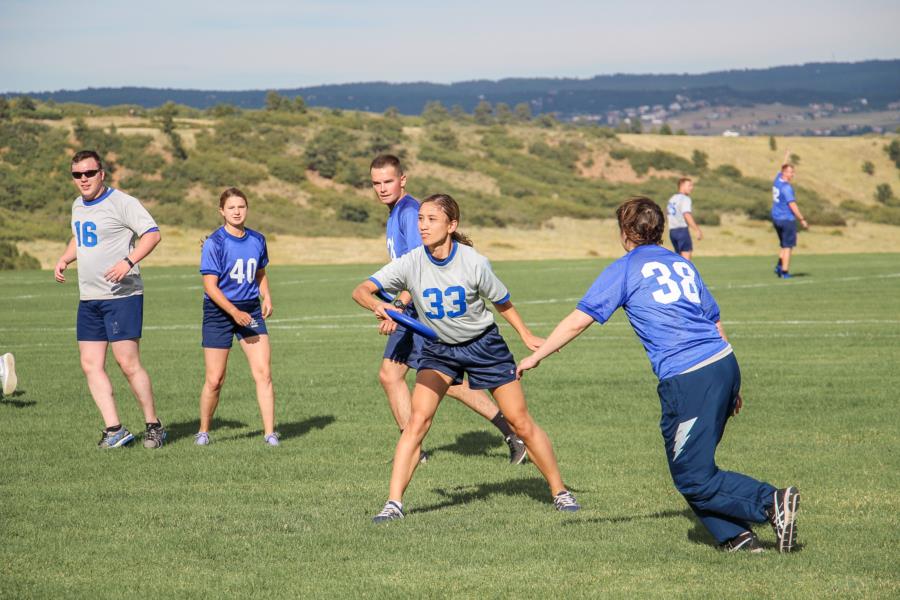 To view the rest of our coverage from Intramurals go to; Galleries - Extracurricular - Intramurals. Or click the link below. 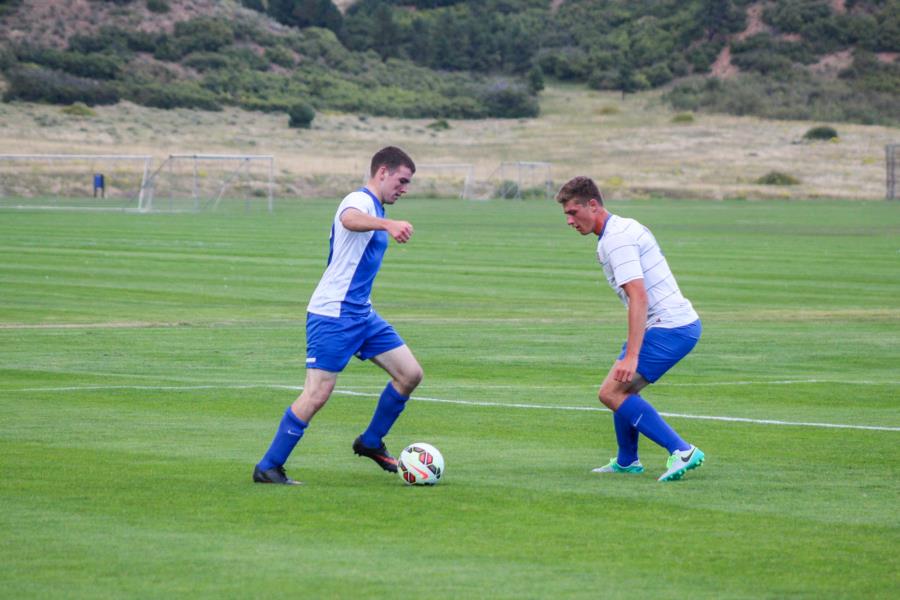 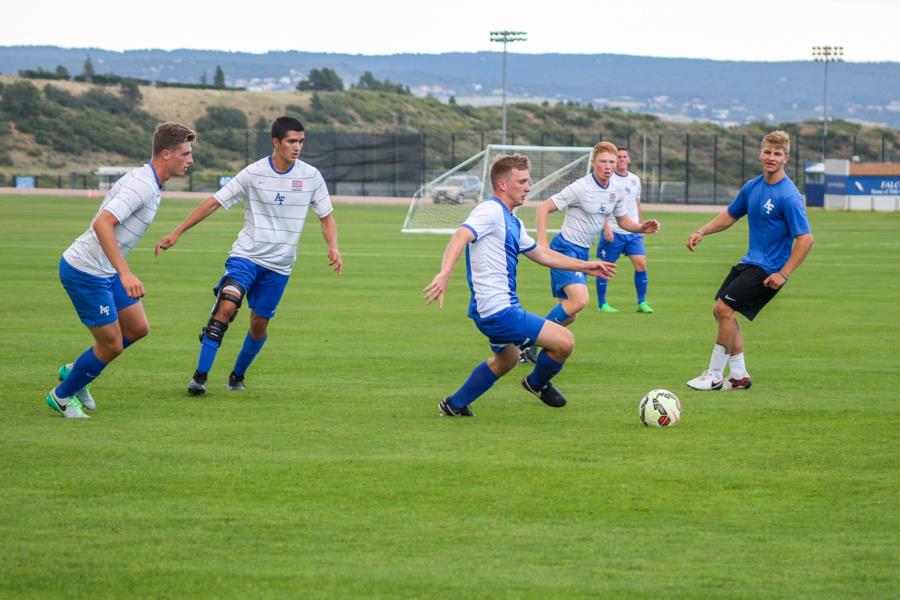 To view the pictures from the game against the Academy's Soccer Team go to; Galleries - Extracurricular - Cadet Clubs. Or click the link below. 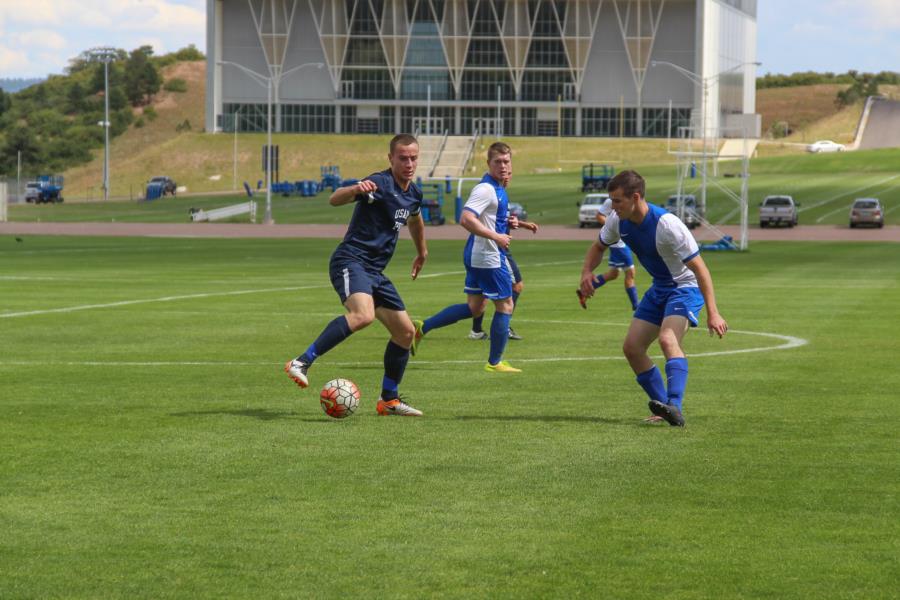 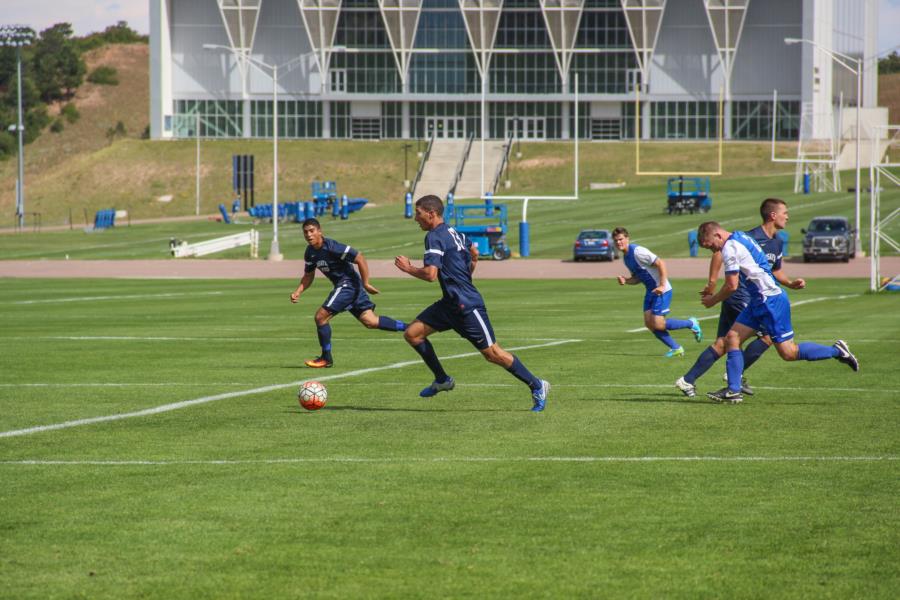 To view the pictures from the game against the Prep School go to; Galleries - Extracurricular - Cadet Clubs. Or click the link below.

At the beginning of the Ball, General Williams gave a speech about what the night symbolized and the legacy of the Air Force.

Then the  youngest 4th classmen and the oldest 4th classmen in attendance joined General Williams on the stage. As a tradition the three airmen cut the “birthday” cake with a saber.

The DJ kept everyone entertained playing all kinds of music ranging from hip hop to country to slow songs.

Overall it was a great night! 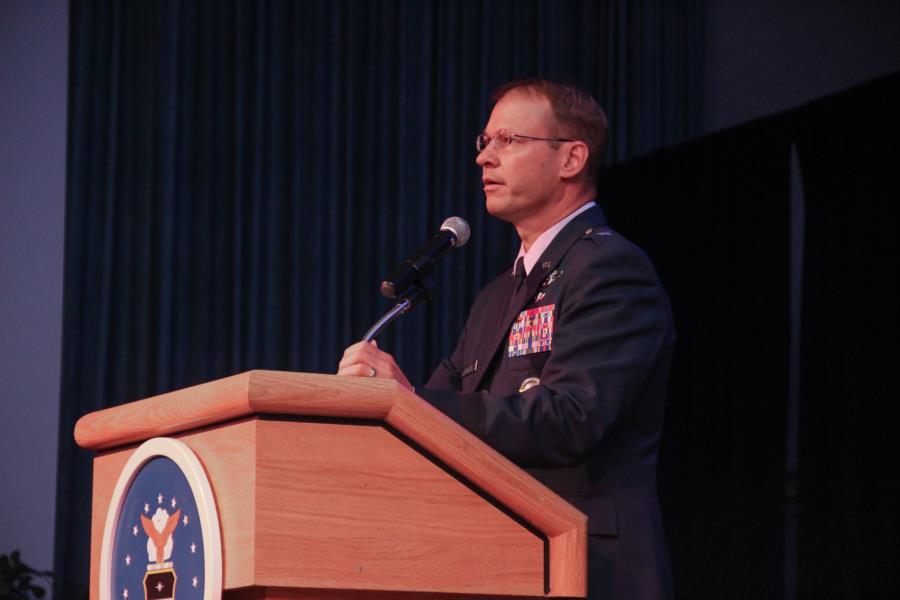 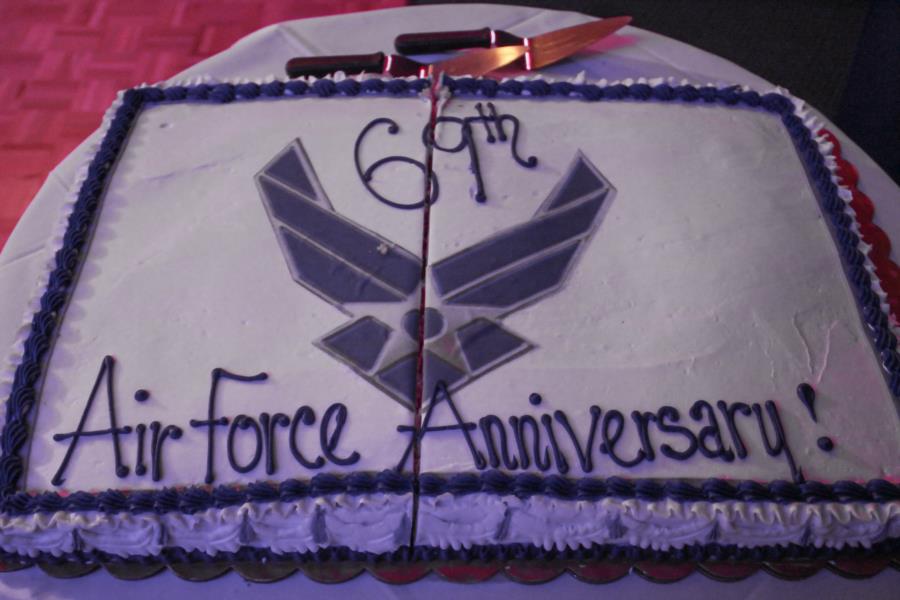 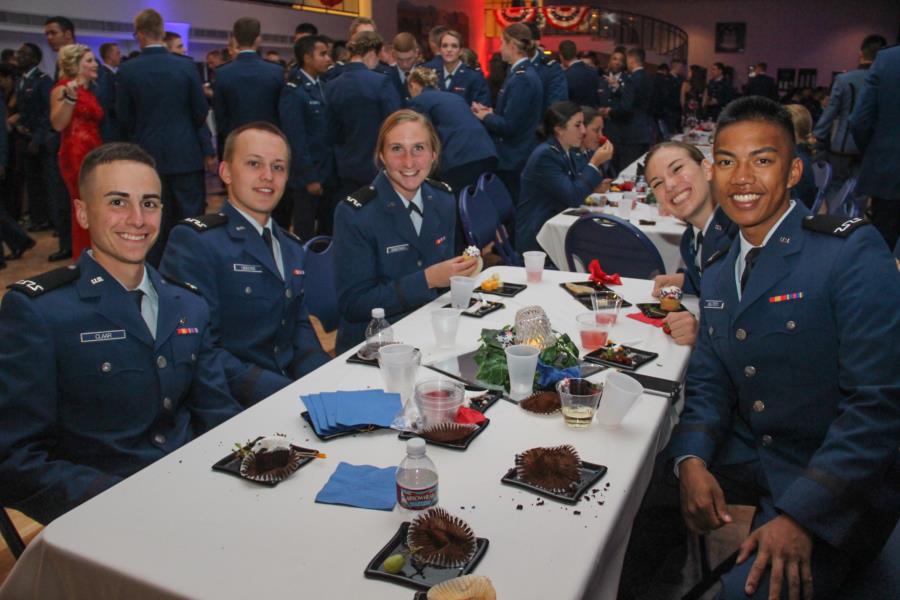 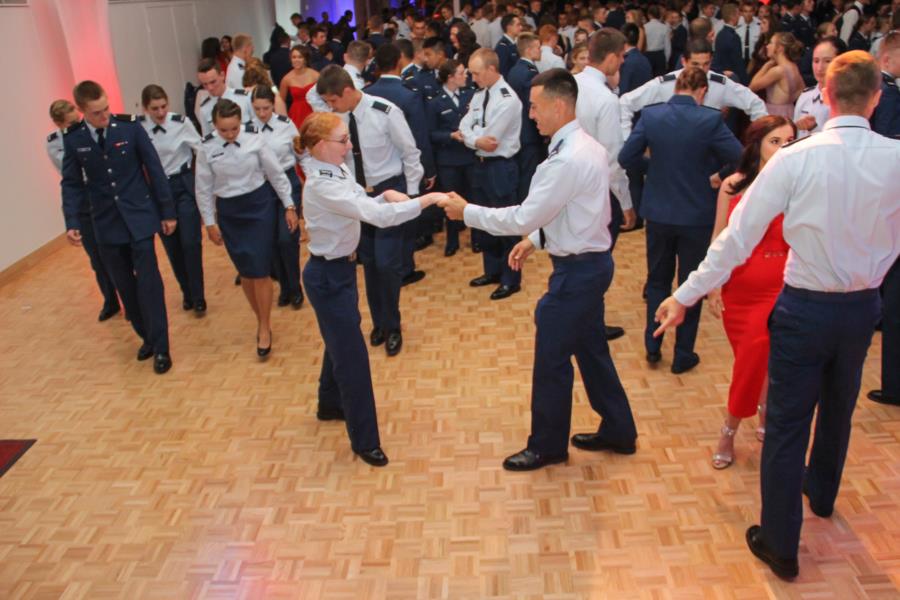 To view the rest of the pictures from the AF Birthday Ball go to; Galleries - Extracurricular - Cadet Life. Or click the link below.

This past weekend the Way of Life Club worked together doing community service at the Care and Share Food Bank in Colorado Springs during their "Sort Out Hunger" event. 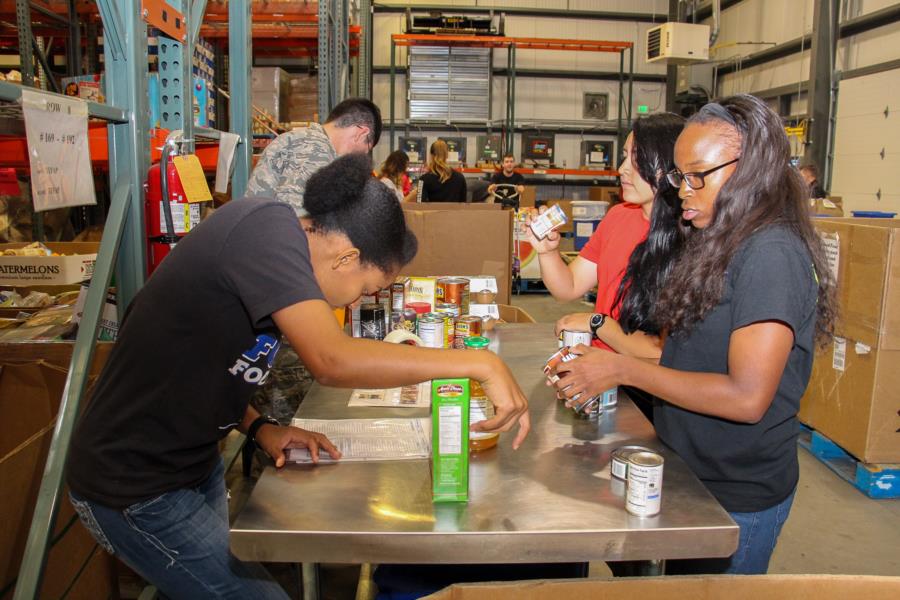 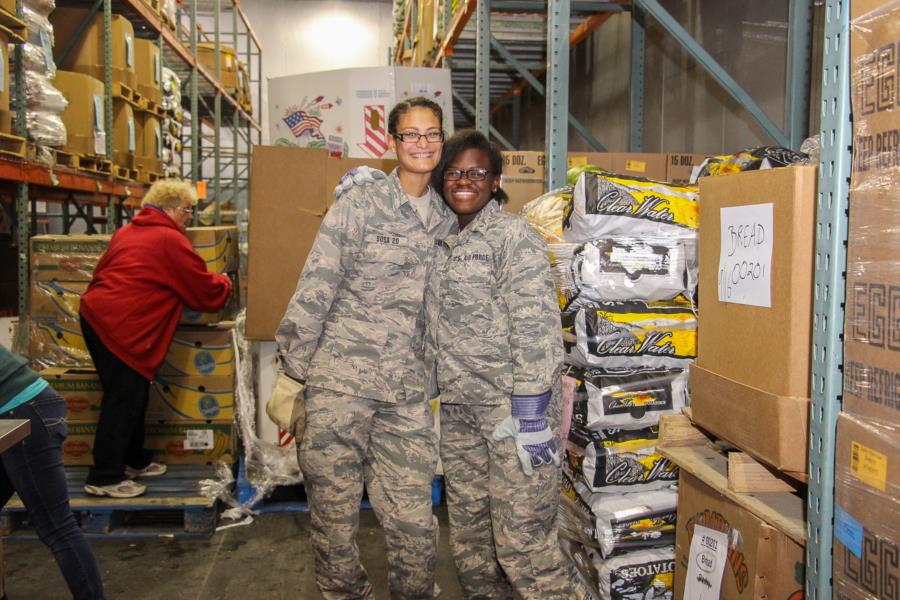 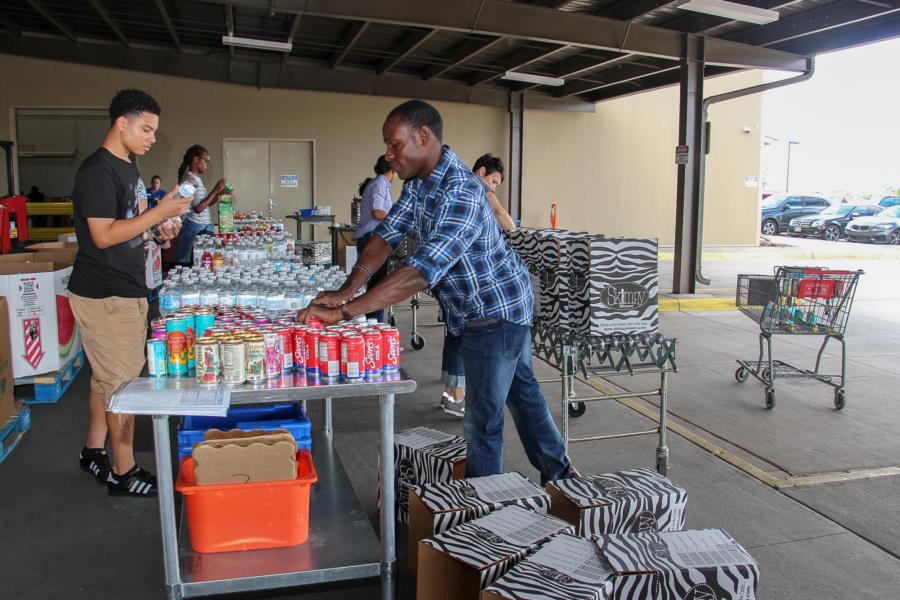 To view the pictures from the Way of Life Club doing Community Service go to; Galleries - Extracurricular - Cadet Clubs. Or click the link below.